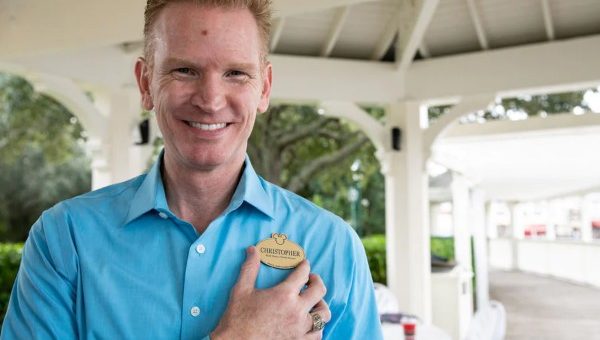 We’ve got some awesome new Disney name tags to share with you! If you remember, earlier this year we unveiled the NEW 50th Anniversary name tags that were given to Walt Disney World Cast members.  Now, more new name tags have been unveiled and this time to honor Disney’s dedicated team of theme park ambassadors.

For years, Disney Ambassadors have already worn a special pin during their time as ambassadors as a way of representing their respective Disney Parks and Resorts around the world.  Now, for the first time ever, Ambassadors will be recognized for their service to the company for the rest of their Disney career with NEW Disney Ambassador Alumni name tags! 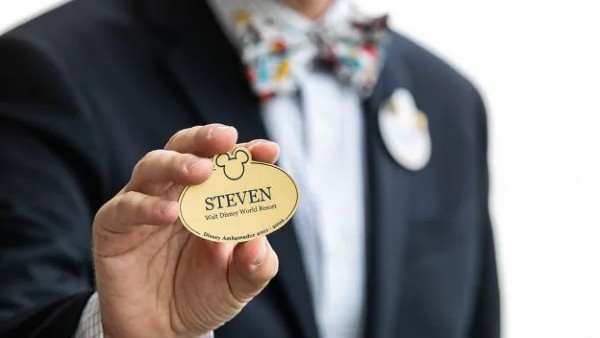 The newly designed tags are vibrant gold and pay homage to the pin that the Ambassadors wear during their term. 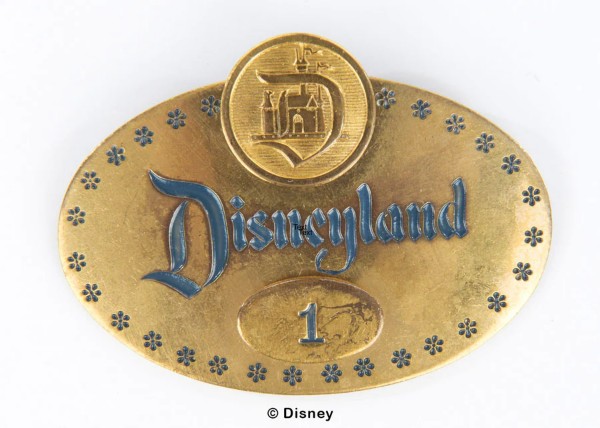 The shape of the nametag and the blue coloring was taken from Walt Disney’s Disneyland employee badge #1 which was worn briefly during Disneyland’s opening day rehearsal in 1955 and was even seen on TV in 1965’s The Disneyland Tenth Anniversary Show. 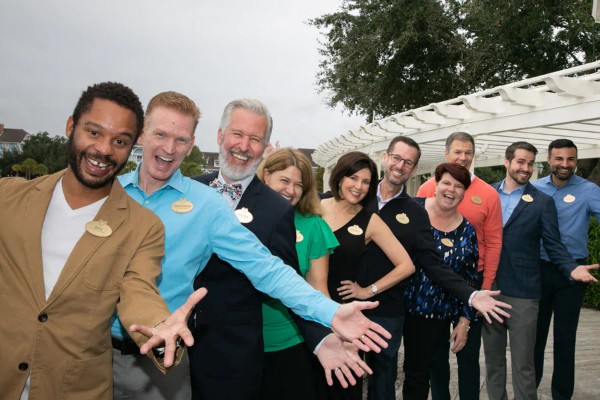 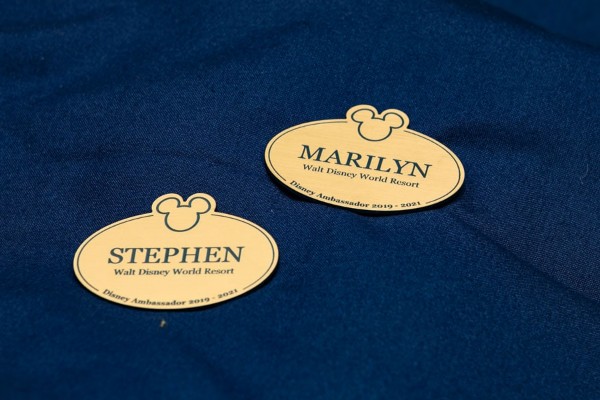 Christopher Stewart an Ambassador from 2004 had this to say about this special honor, “Two of the things I have always treasured most about my Disney career are the opportunity to wear my Disney name tag and work to humbly exemplify all that it stands for, and the amazing honor it was to represent all of our Walt Disney World cast members as a Disney Ambassador.  Receiving this special name tag is an amazing blending of these two things that I hold so dear.” 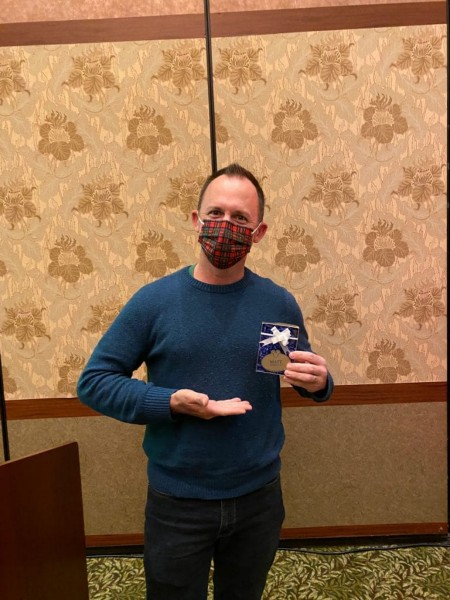 Matt Ebeling, a 2002 Disneyland Ambassador added, “It means so much to me that 20 years after my Ambassador experience, unexpected gestures like this name badge remind me that despite transitioning out of the company, I’ll always be a member of the Disney Ambassador family. That is extraordinarily humbling and inspires the question: “So what might the next chapter of our Disney Ambassador journey together look like, and how can I help?”” 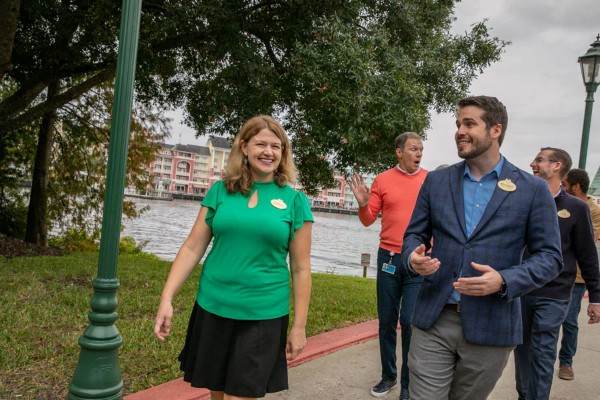 “Becoming a part of the Ambassador family and representing our cast members is truly one of the biggest honors I’ve experienced, something I will always be humbled by and grateful for.  What an incredible surprise to receive this special name tag to represent that honor,” said Rebecca Godsil a 2005 Walt Disney World Ambassador. 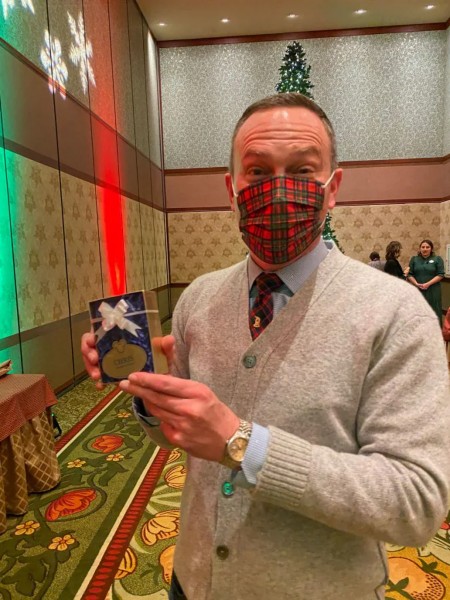 Chris Allen who served as an ambassador at Disneyland in 1996 was pleased to receive his new name tag saying, “It’s an opportunity to put on the name tag and continue to share our legacy with the cast and the guests. That’s really what the Ambassador program is all about.” 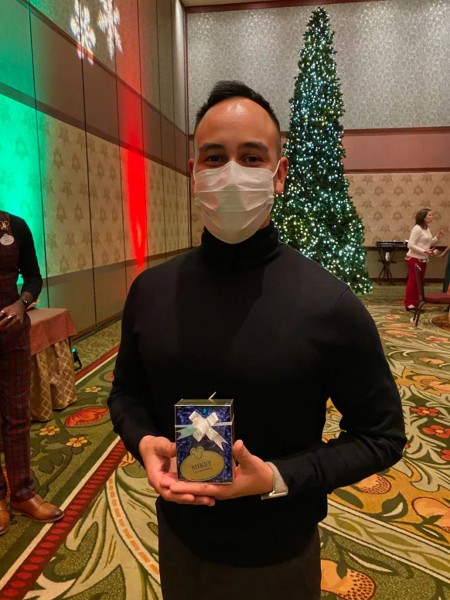 “It unites us as a global team, being part of the Disney Ambassador Program has always been so tremendous, but the most important thing is that we are all connected globally to all cast members around the world,” said Michael Trujillo a 2017- 2018 Disneyland Ambassador.

Check out the awesome footage of Ambassadors celebrating their new name tags below:

Readers are encouraged to keep following along with the Disney Ambassador program at their official Instagram page!

Readers are encouraged to keep following along with MickeyBlog for further Disney news and updates! We’ll be coming to you LIVE from the theme parks throughout the holiday season!