A Vegetarian’s Review of Gingerbread Spice Cake at Disney Springs

Erin McKenna’s Bakery has been serving up classic NYC baked goods with vegans and those with gluten allergies in mind for years. They recently debuted their Holiday menu at Disney Springs, and we couldn’t resist trying a slice of their MASSIVE ginger spice cake! 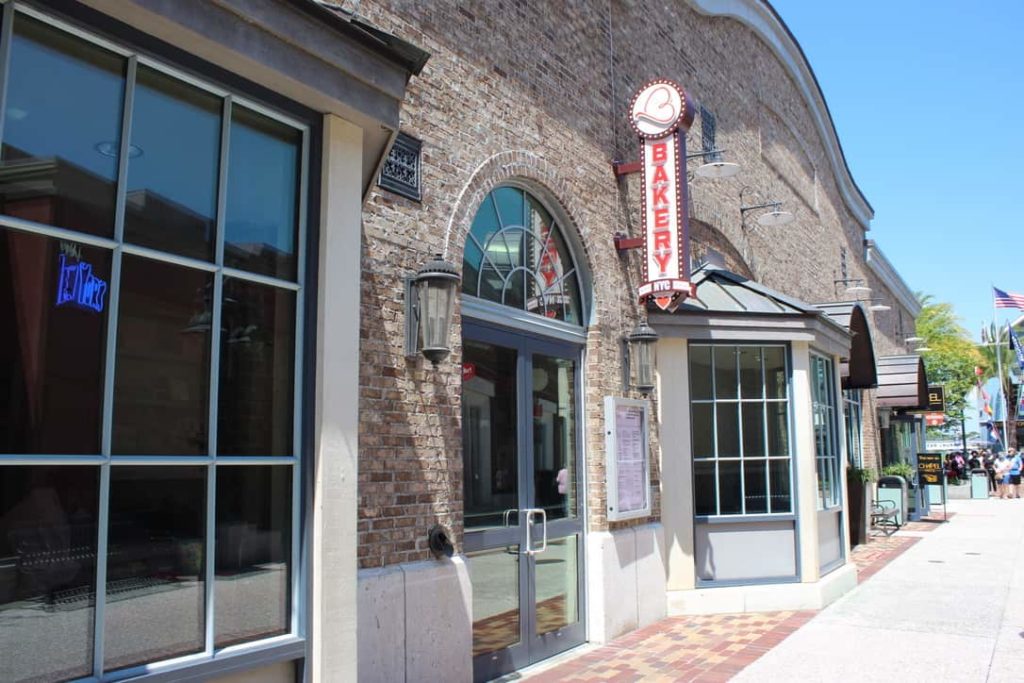 The slice of cake is gigantic. Like, REALLY gigantic! It’s also a very tall cake which makes it perfect for sharing. 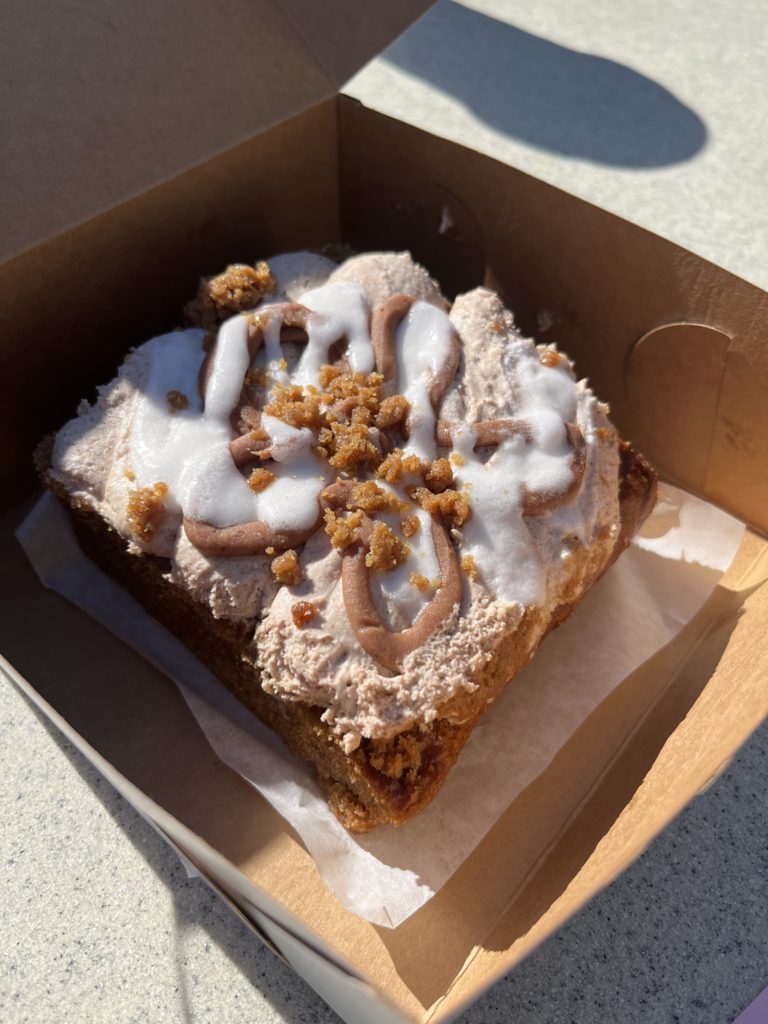 For a vegan and gluten free cake, this dessert is unmatched. It’s moist, super dense, and packs an unbelievably balanced spice-to-sweetness ratio that absolutely blew me away. 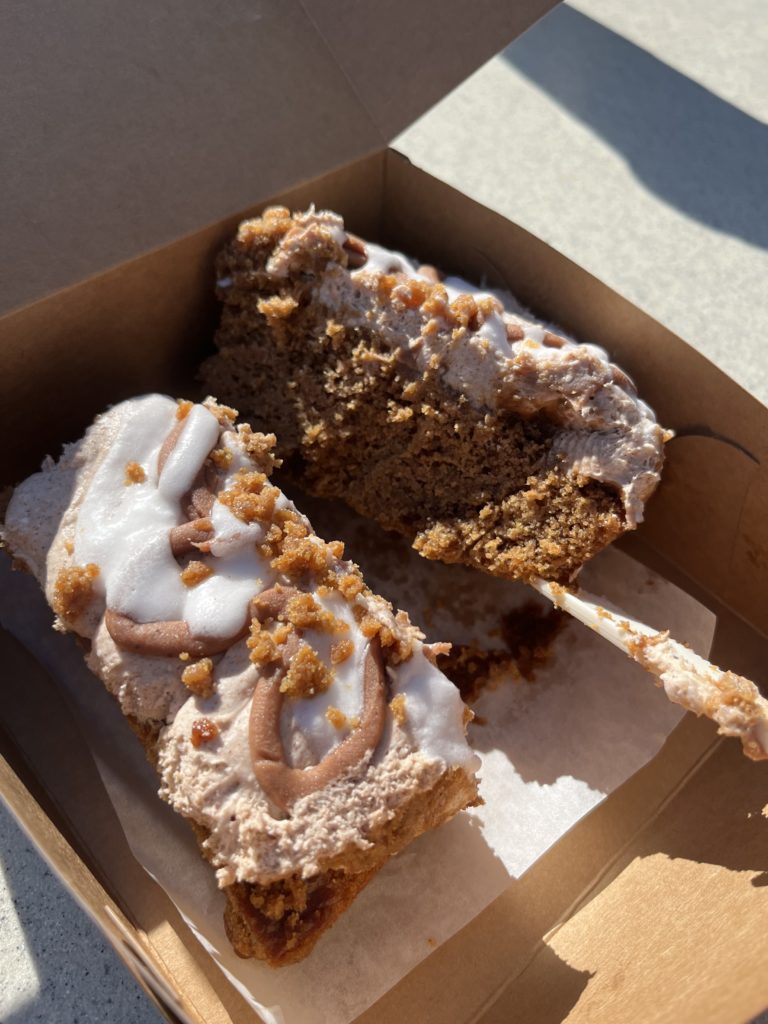 The frosting combinations really added an extra level of decadence to the treat. A whipped cinnamon frosting accompanied by cinnamon and vanilla drizzles supplied a complexity not found in most cakes’ usual sugary sweet frostings. 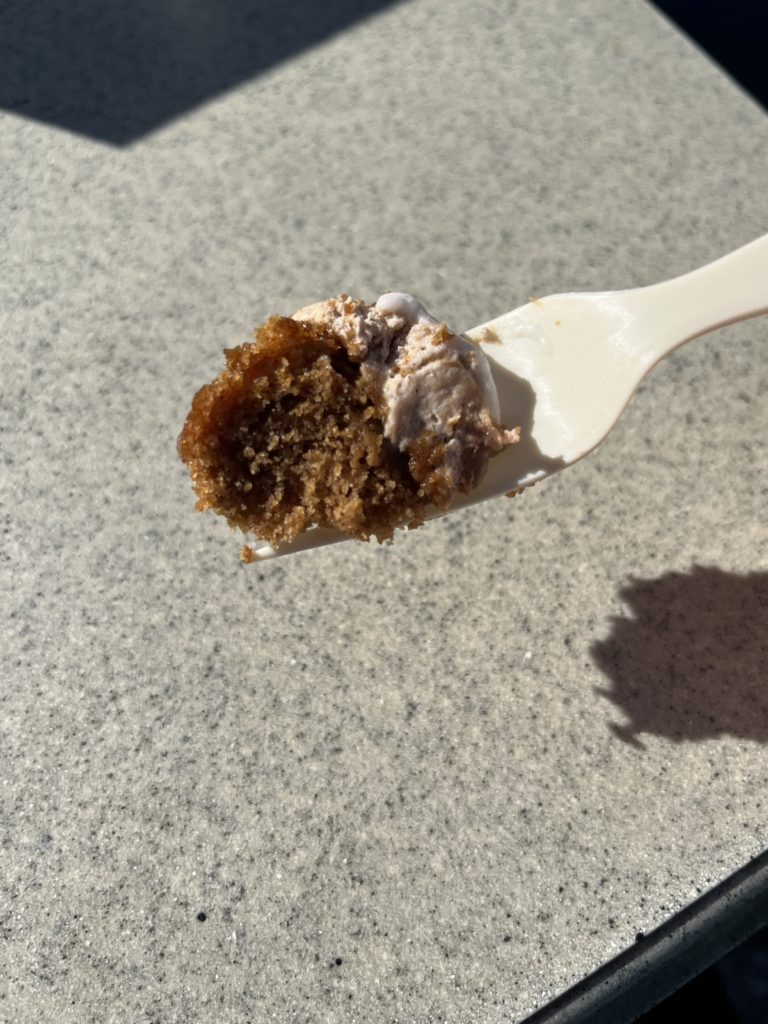 I would have given the exact same compliments were this NOT a vegan and gluten friendly dessert too…that’s how delicious it is! 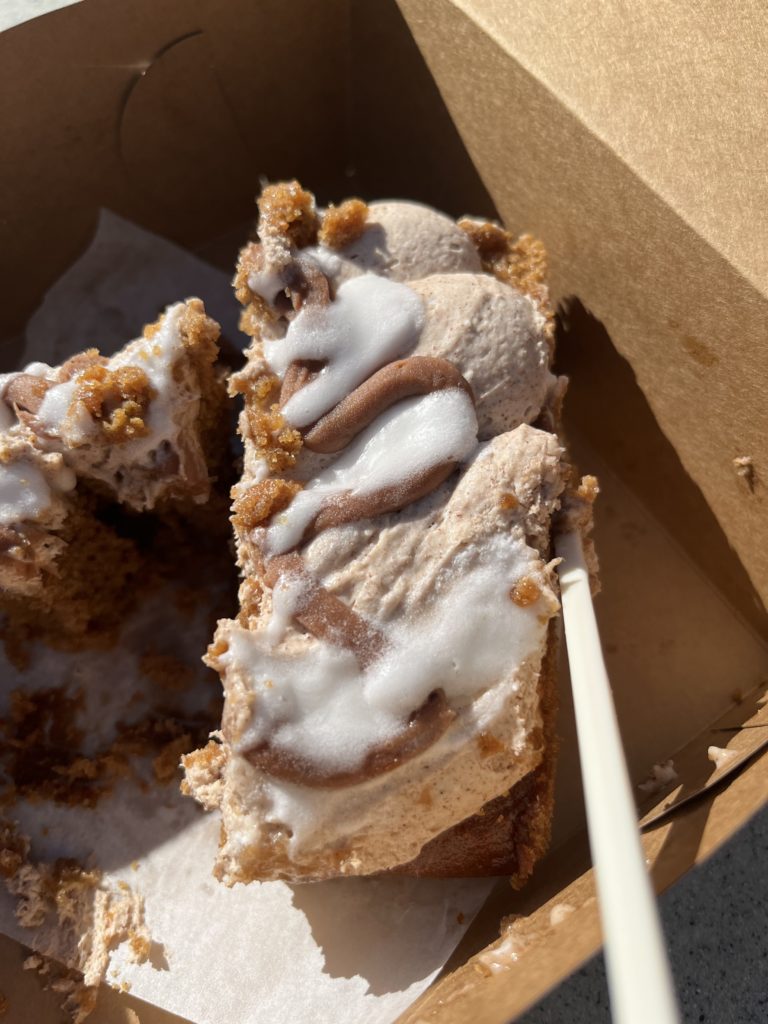 Just half of the cake is big enough to share!

I would absolutely get this cake again, and plan to before the Holiday season is over! The only change I’d make next time would be to grab a cup of coffee beforehand. And maybe bring a friend to share it with too!