Hollywood has gone reboot crazy in recent years, and the emerging streaming wars have escalated this trend.

At Netflix, She’s All That turns into He’s All That, and voila! It’s a hit movie all over again! 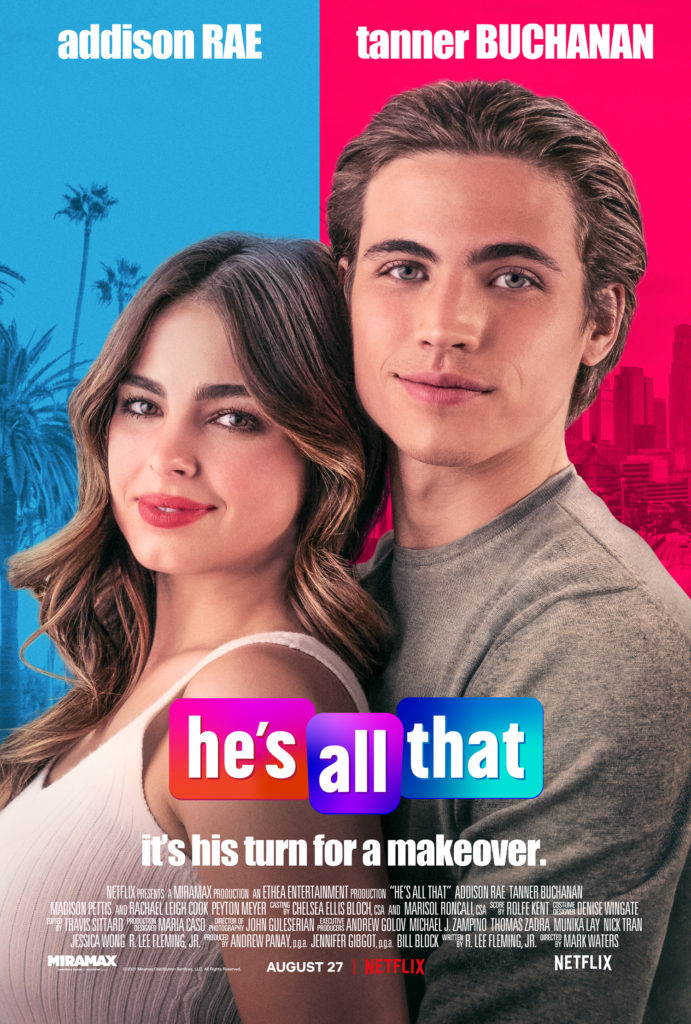 Disney+ has taken the same approach with upcoming titles like Cheaper By the Dozen (which was already a reboot) and Three Men and a Baby.

The first of these titles released exclusively for Disney+ just arrived. Here’s a review of Home Sweet Home Alone, which has a clever title and not much else going for it. 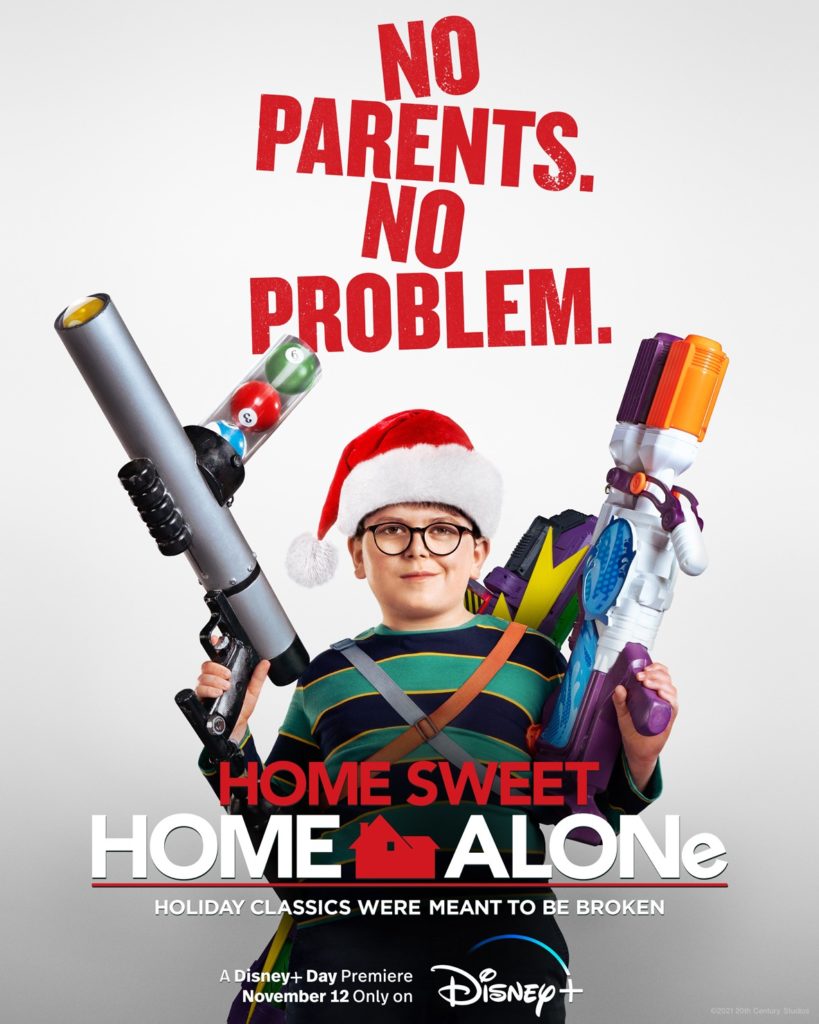 About the Home Alone Franchise

In Hollywood, timing matters as much as anything. A project can have everything going for it and then die on the vine due to unforeseen events. 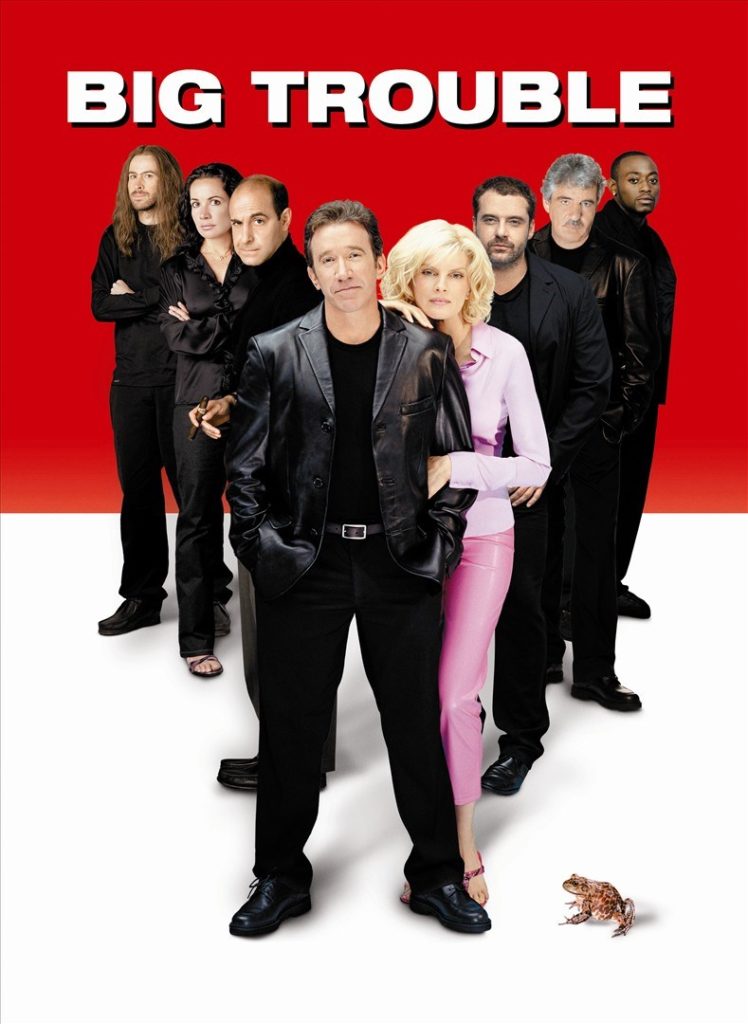 You don’t know the film because its slapstick climax involves a bomb on a plane. The film’s original release date was…the week after 9/11. Yeah, ouch.

Conversely, consider an otherwise forgettable family film about a boy trapped during a home invasion. 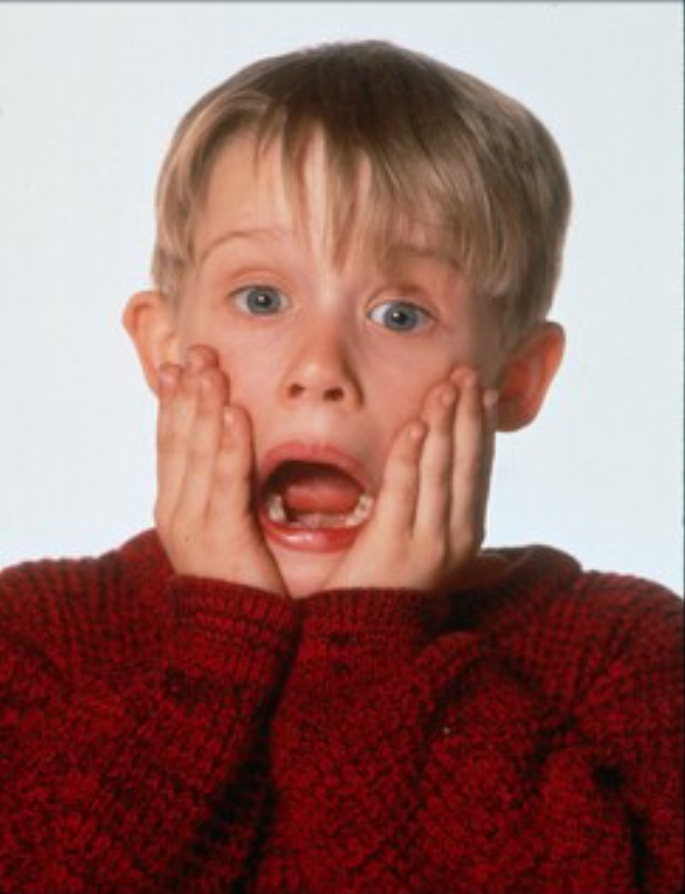 The film’s timing saved it, as the genteel family title proved the perfect tonic as tensions escalated before/during the Gulf War.

Humorously, Warner Bros. almost shut down the project when it ran over its production budget of…$15 million. 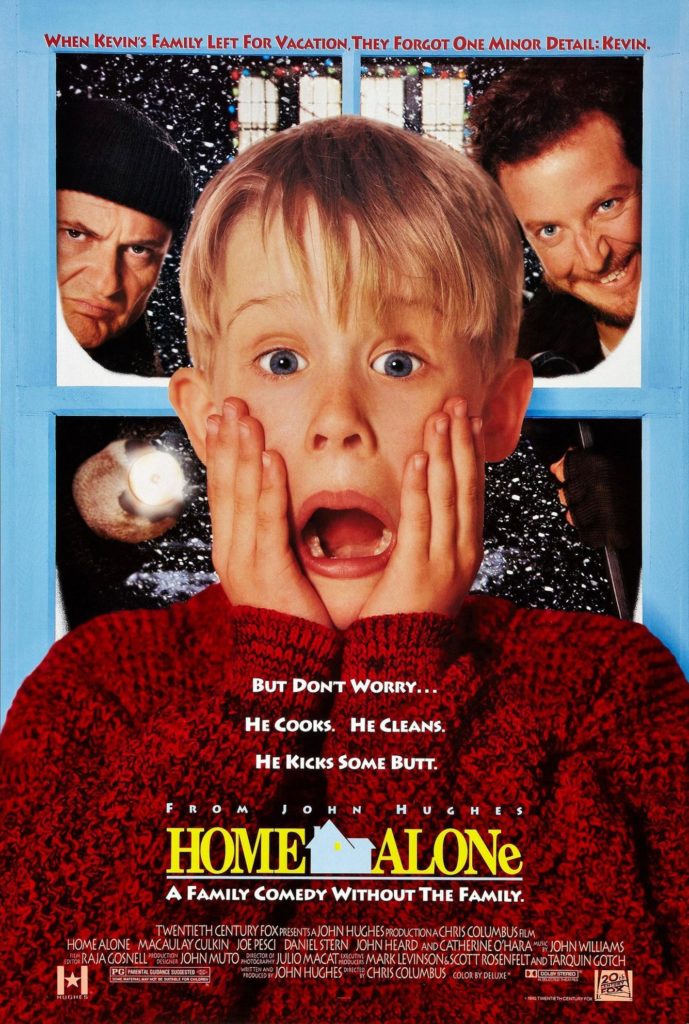 Fox stepped in to cover the rest, thereby gaining distribution and sequel rights. However, those options passed to Disney thanks to its acquisition of most Fox properties.

Now, nearly $1 billion in global box office later, Disney can introduce an entire generation of new fans to the premise of Joe Pesci getting hit in the face by cans of paint. 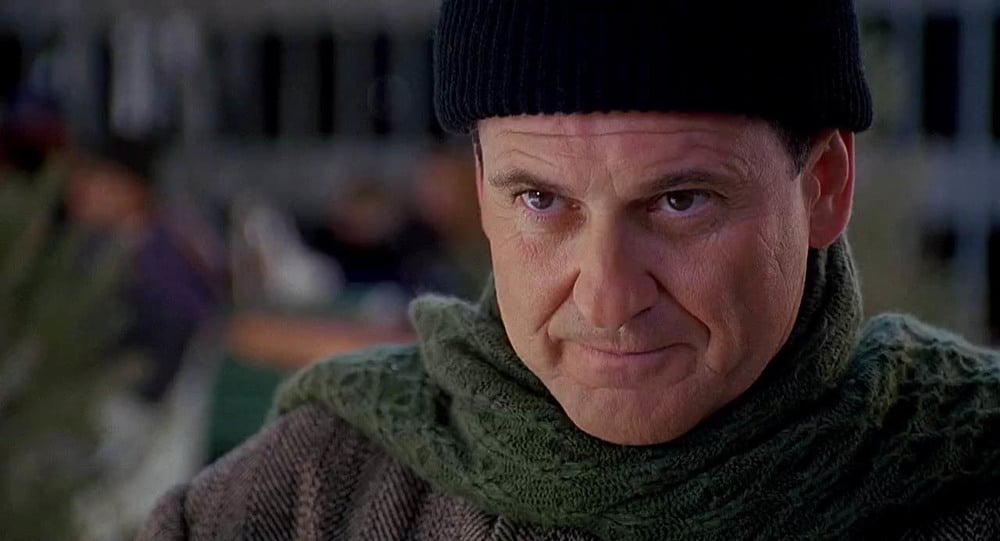 Well, a new actor plays the home invader, but the premise remains the same in all Home Alone films.

A negligent parent forgets to protect a child, forcing the kid to fend for themselves. For the latchkey generation, the escapist fantasy worked well. 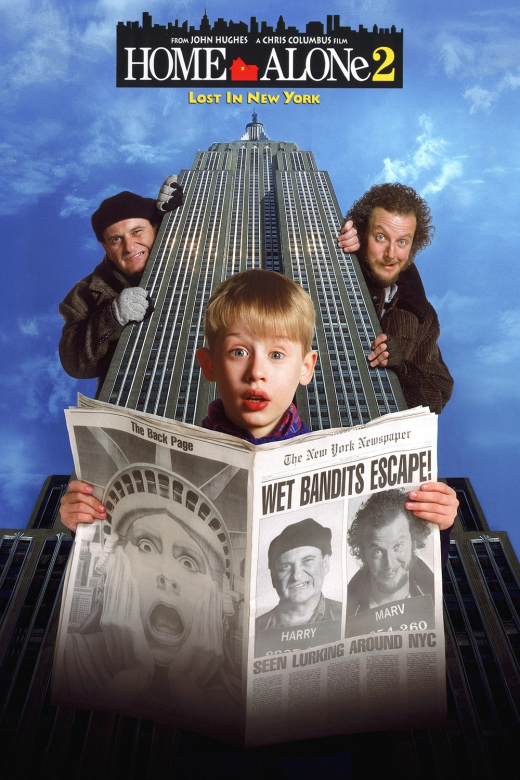 However, the box office dropped significantly for Home Alone 2: Lost in New York and absolutely fell off the table for 1997’s Home Alone 3.

Roughly 25 years ago, people had already long since tired of cartoon violence performed by a child against would-be robbers. 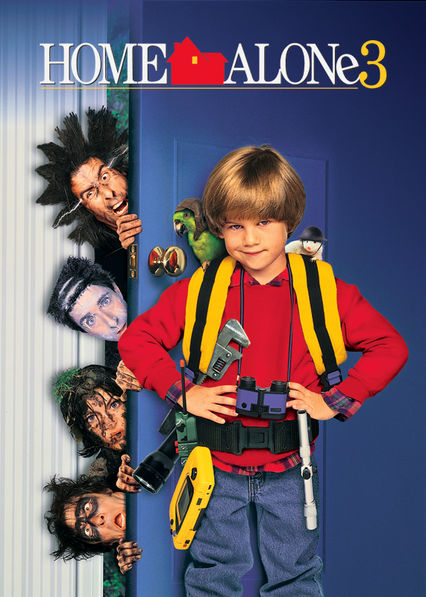 These events are far from the worst thing that has happened to Joe Pesci in a movie, though. You’ve seen Goodfellas, right?

About the 2021 Home Alone Reboot

Reviewing a new Home Alone movie is akin to discussing the intricacies of a skateboard slam clip on YouTube. 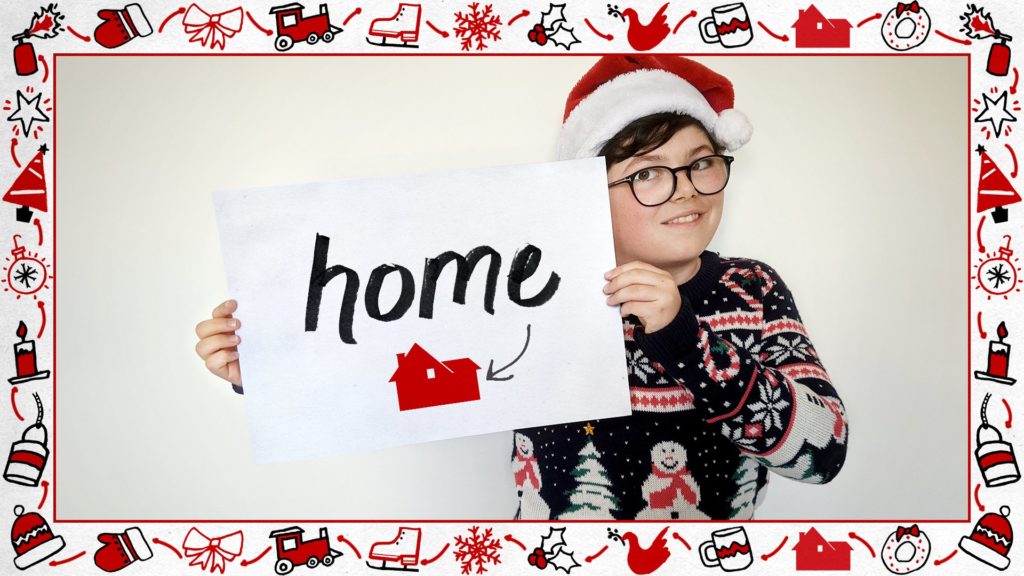 You know that there will be sudden, extreme violence and serious injuries.

Fortunately, the Home Alone stuff doesn’t include anyone suffering a real wipeout. They’re all actors…well, stuntpeople. 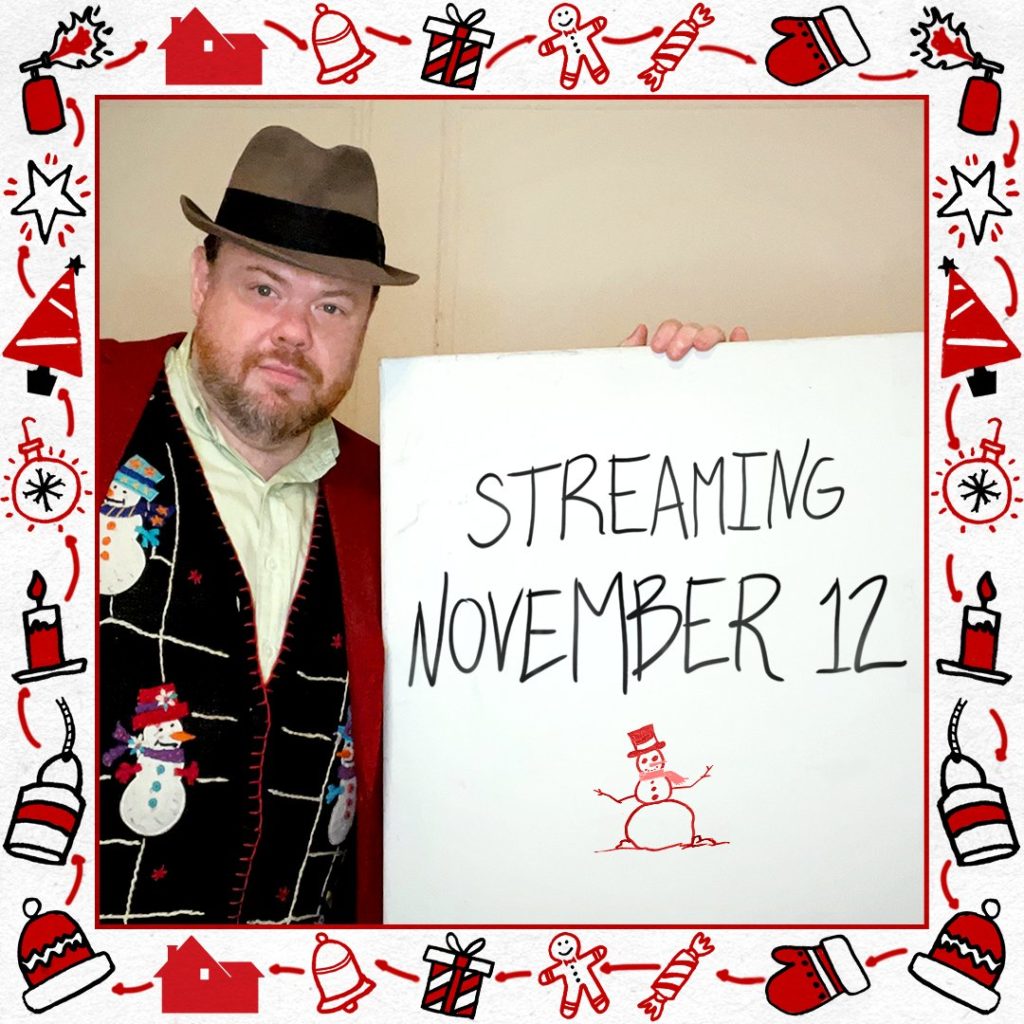 So, you can laugh at their pain! It’s okay. The checks cleared.

This reboot takes a different approach from the previous ones. We don’t have actual criminals in this one. 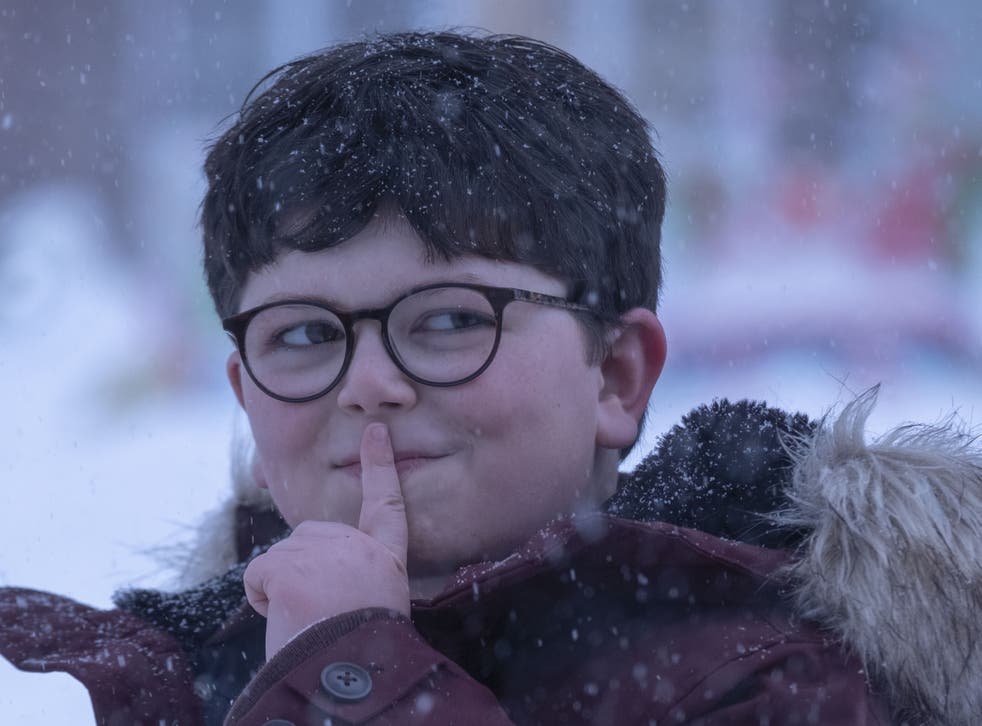 Instead, a case of mistaken identity drives the story. Max Mercer’s mother needs to use the bathroom.

For this reason, the two of them stop at a real estate showing and pretend to be house hunting.

During the exploration of the house, the kid notices an ugly doll whose face is upside down. 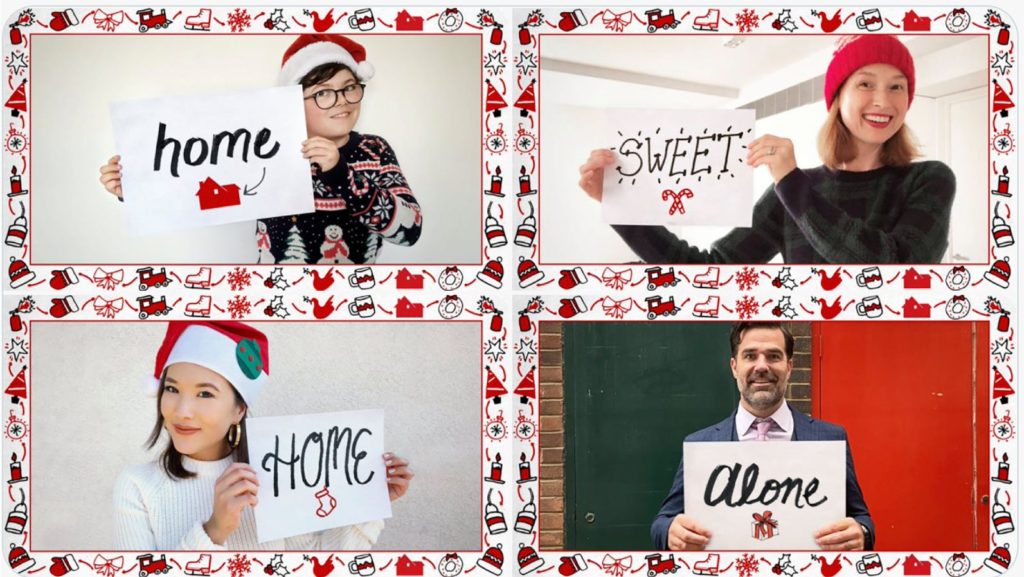 While the married Carole Mercer flirts with the equally married Jeff McKenzie, the homeowner, she comments that toys like this are selling for a high price.

This seems like the perfect time to mention that 1) I’m not kink-shaming. I know nothing about either of their marriages. It’s just weird for a family film.

2) Jeff doesn’t want to sell his home but feels like he has no choice since he recently lost his job. 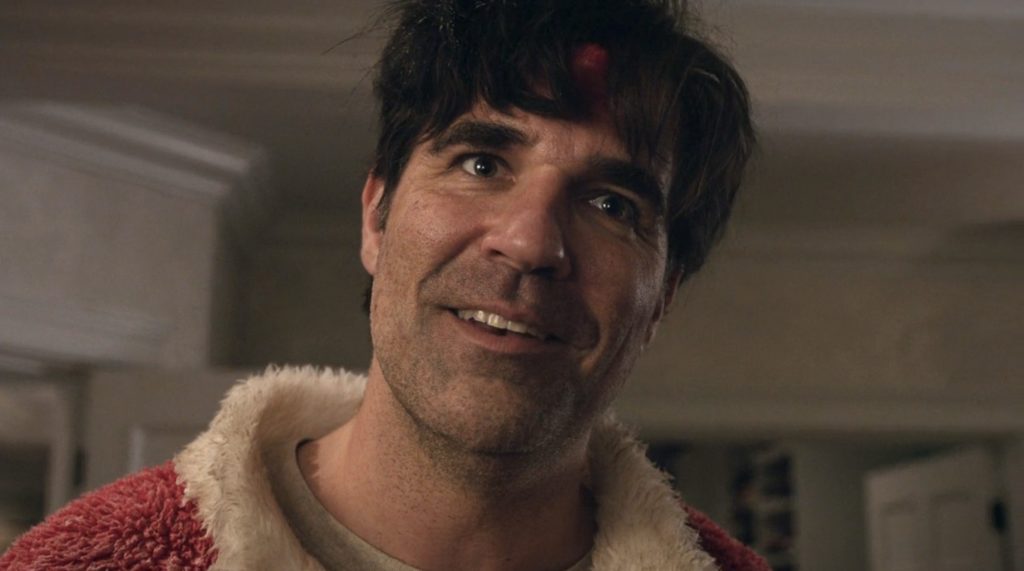 Wife Pam McKenzie also spends the start of the film flirting with the real estate agent, which makes me think these two weren’t in it for the long haul anyway.

Jeff actively works against the selling process by pointing out several problems with his home. 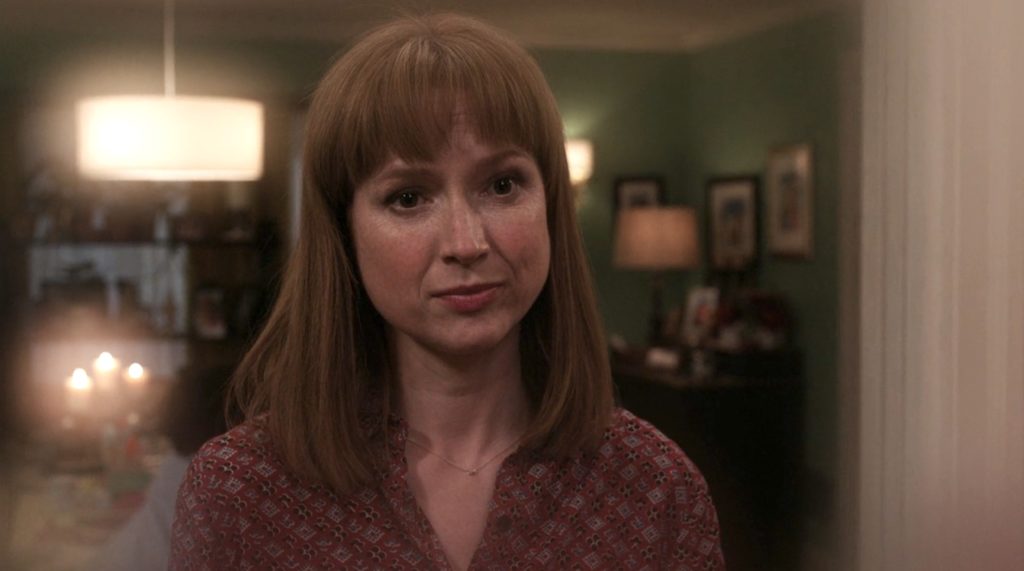 The unemployed computer expert also feuds a bit with Max, who is about a quarter of his age.

Look, the screenwriters here won’t be thanking the Academy for their work here. To like this movie, you’re gonna have to overlook some stuff. 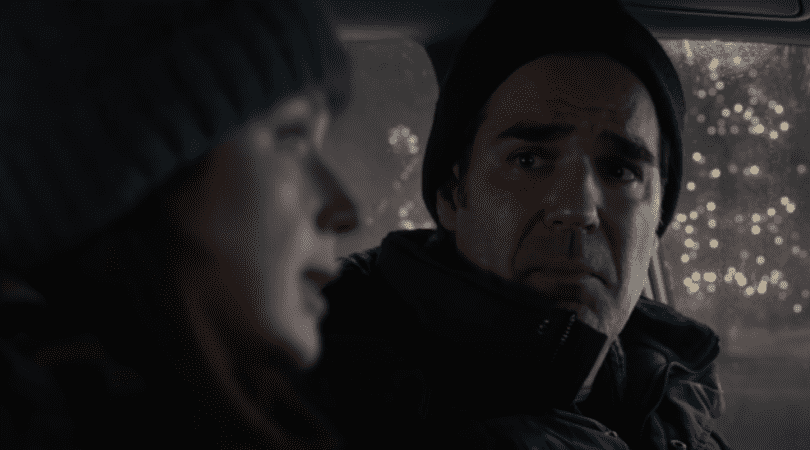 The Good and Bad of Home Sweet Home Alone

Ellie Kemper, best known as the star of Unbreakable Kimmy Schmidt, plays Pam, and I’m here to tell you that she goes for it.

The actress recognizes what she signed up for and thrusts herself into the role.

Her character realizes in short order that the doll is worth more than they need to pay for their home. And she notices that it’s gone missing.

Pam and Jeff instantly suspect that Max has chosen to take the money, well, doll and run.

The couple goes off to Max’s home to confront him about the theft. While there, they realize that nobody is home.

What they don’t know is that Max has been – you guessed it – left home alone.

Home for the holidays? You're not alone. Join Max Mercer in #HomeSweetHomeAlone, a #DisneyPlusDay Original Movie, now streaming only on @DisneyPlus. pic.twitter.com/iABoSk1QdW

The married duo makes the regrettable decision to break into the home, where Max mishears them.

Somehow, the kid believes that they will kidnap him and sell him to strangers. So, he defends himself accordingly. 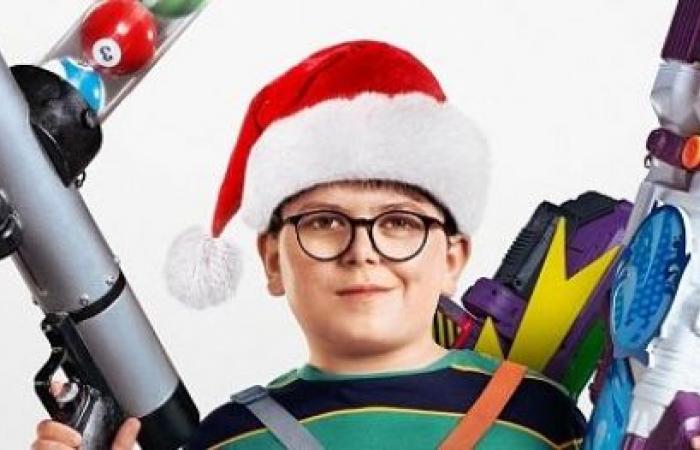 At this point, Pam and Jeff take the sort of beating that generally only happens in an MMA fight.

Max’s weapons impale them, set them on fire, knock them down from great heights, and so forth. It’s a Home Alone movie. You know the deal. 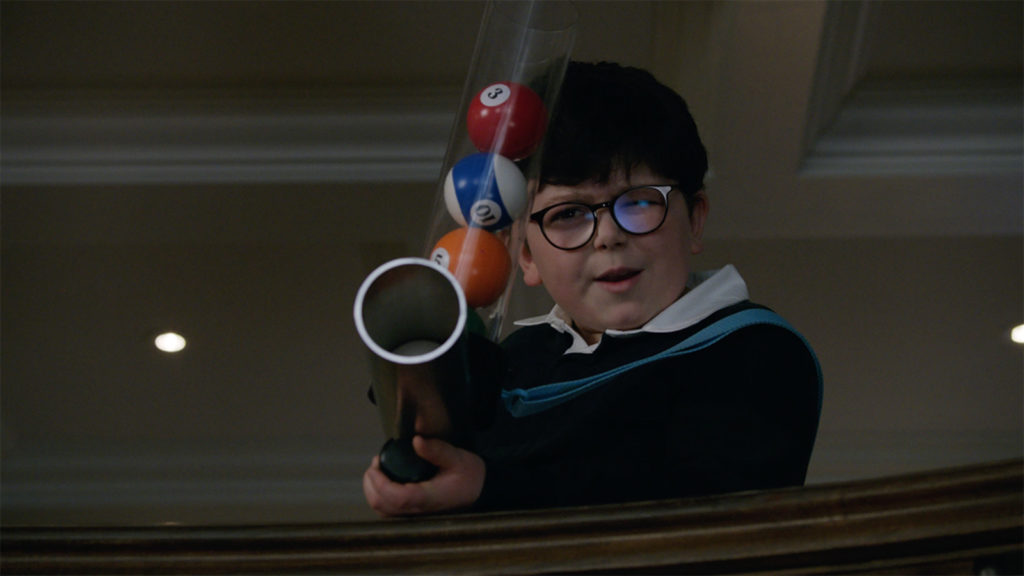 At first, I was kind of hate-watching the film because the first half-hour is so stupid…and that Jonas creep from Veep appears as a Jonas-like creep.

The film has a rough start, and there’s not much defending that part. However, once the cartoon violence starts, a kind of Stockholm Syndrome set in for me. 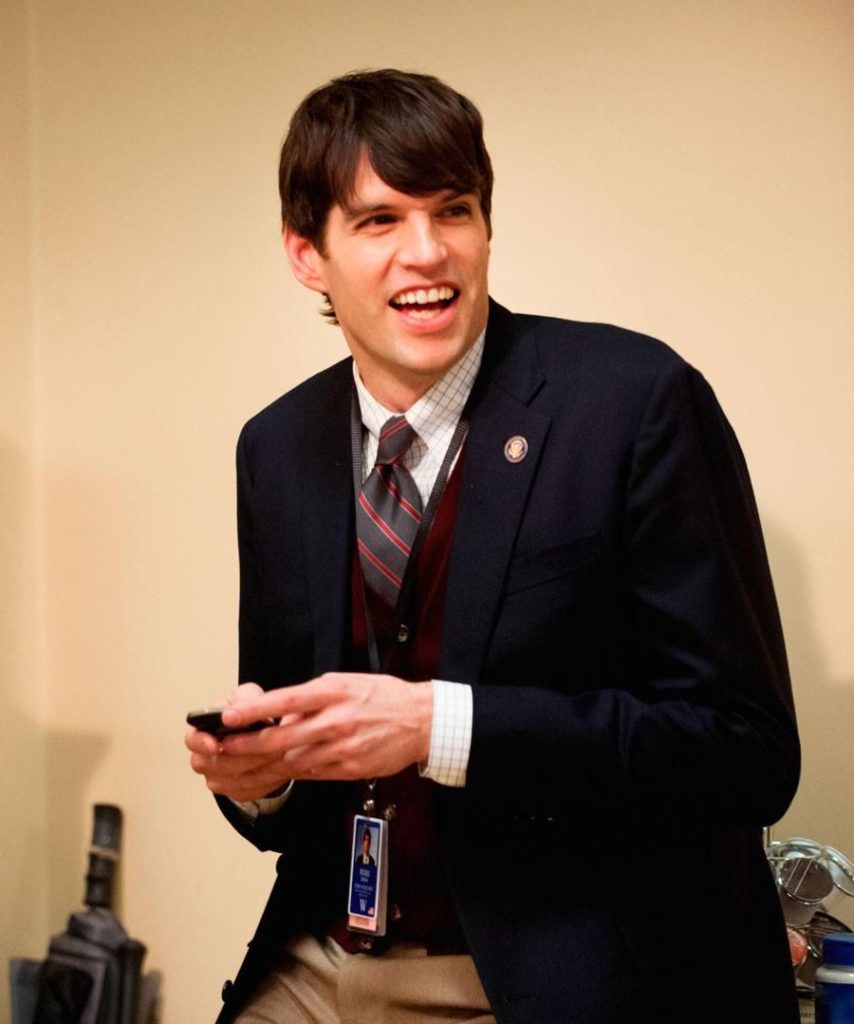 I laughed at several of the moments, many of them because Kemper commits completely to the role of a questioning masochist.

This woman gets a gold star for effort in a film where most people would phone it in. 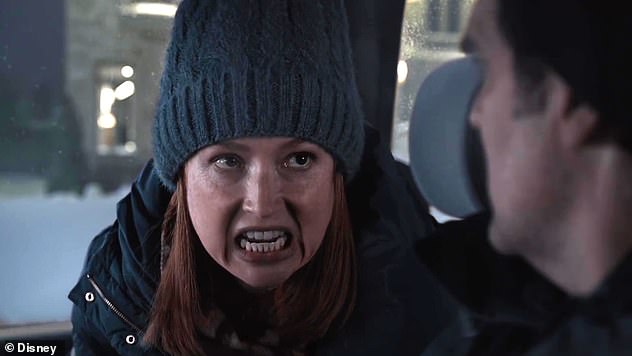 Home Sweet Home Alone didn’t end the way I would have expected. So, I give it bonus points for that.

Still, this is the type of film that once went straight to DVD. Now, it’s a straight-to-streaming project that will primarily please the diehards.

If you’re someone who loves the Home Alone franchise, it’s a lovely modern take on the premise.

Those of you who aim a bit higher with your family films should pick something else from the Disney+ library instead.

I’ll generously give Home Sweet Home Alone a B-, and that’s almost exclusively because of Ellie Kemper and some funny gags.