We’ve got some exciting Disney+ news to share with you! As part of the D23 Expo at Walt Disney World this weekend, Disney has released a sneak peek for upcoming Disney+ series Foodtastic starring Keke Palmer!

This culinary cabaret will kick off on December 15th and is being described as an immersive global competition where highly skilled artists will created extravagant scenes that are actually edible!  From veggies and fruit to cheese and butter watch as every day produce and pantry items are transformed into works of art, Many of which are Disney inspired. 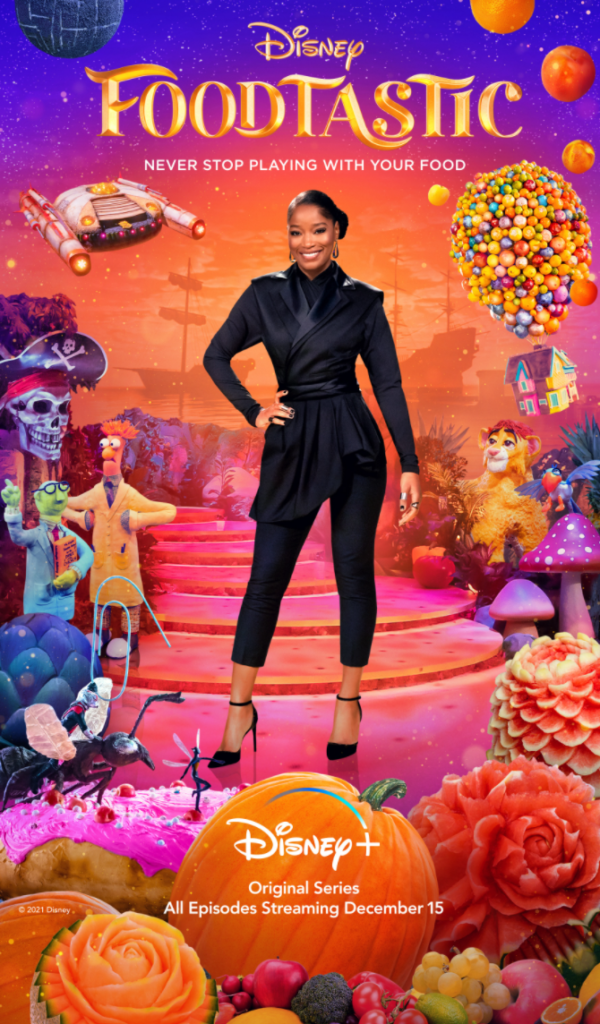 Here’s a rundown of the episodes that you can expect in this epic first series!

If you’re as excited as we are about Foodtastic then check out the new trailer released by Disney+ below:

Looks amazing right!? You won’t want to miss the fun when the series officially kicks off on December 15th.