Marvel is currently in the midst of Eternals opening week, and in a seemingly constant fight against Spider-Man: No Way Home spoilers; a break from the movie madness comes in the form of a different MCU story as Disney+ Releases a brand new Hawkeye Poster!

Marvel’s first foray into the world of Christmas stories begins with this incredible adventure featuring the Avenger without a superpower.

The series seems chalked full of action, laughter, and holiday cheer; with a trailer that showed just how unique and fun Hawkeyes’ first solo outing will be.

The poster shows off the series two main characters, Jeremy Renner’s Clint Barton, and Hailee Steinfeld’s Kate Bishop, as they seem to face off the plethora of foes hunting them down in this holiday adventure.

What is very interesting about this cover is that it greatly resembles one of the comic book covers from which it is inspired. 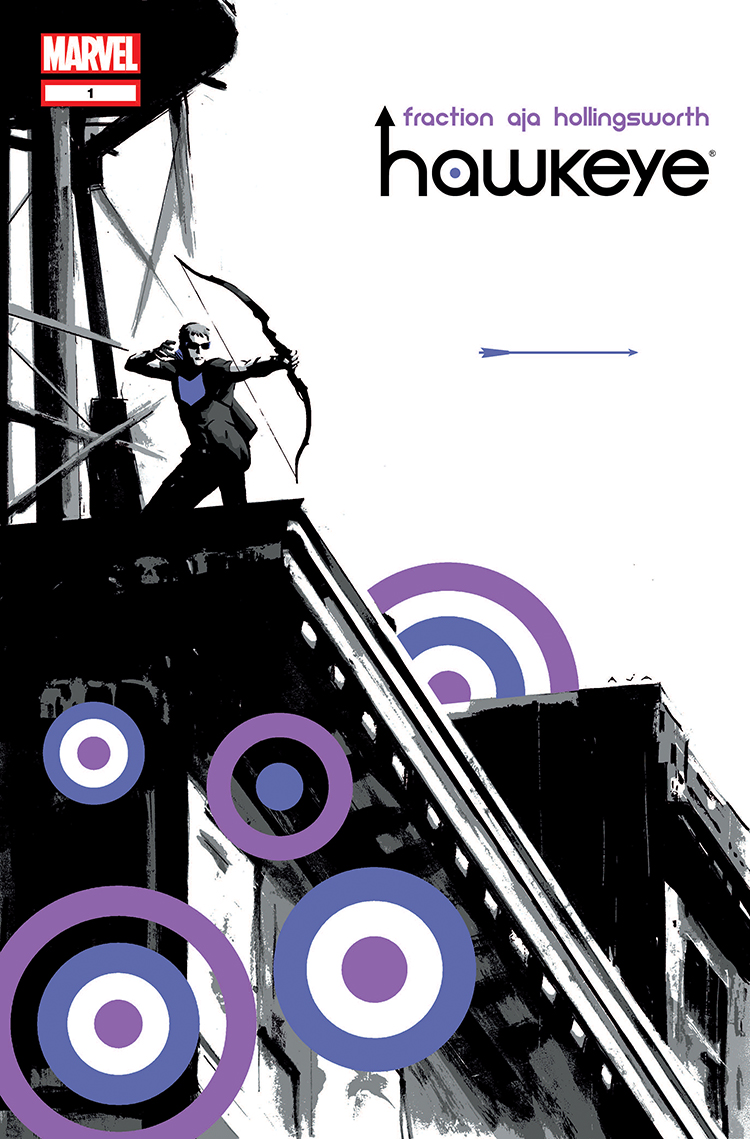 Matt Fraction was a long-running writer for the Hawkeye solos series that this Disney+ project is based on; with the minimalistic bullseye motif surrounding the characters coming straight from the first issue of Fractions time as Hawkeyes writer.

It has been well noted that this Hawkeye series borrows greatly from Fractions Hawkeye stories; with his creation of Kate Bishop, and his focus on the humanity and malleability of Clint Barton seemingly being the foundation for the new series. 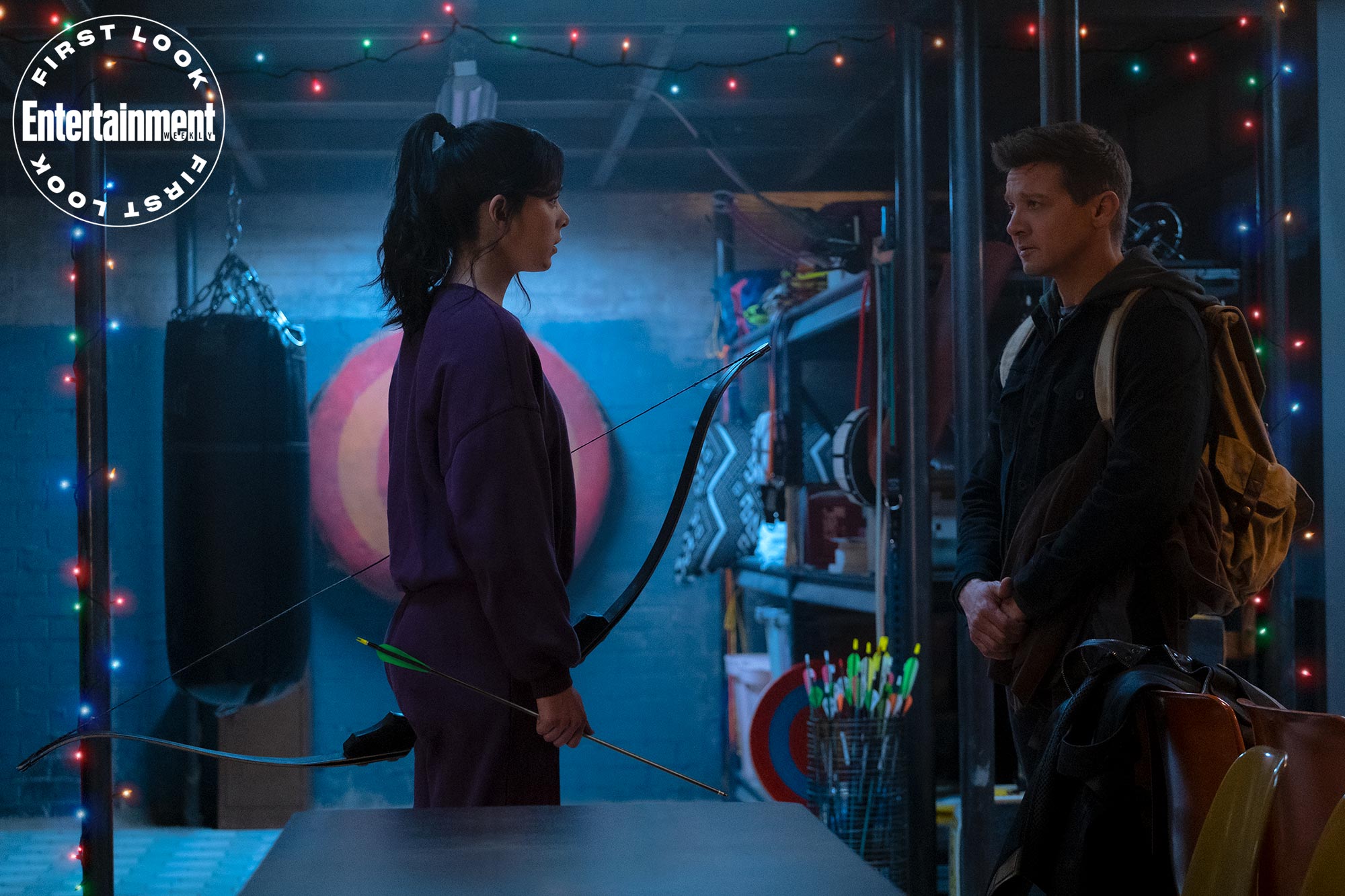 This isn’t the first Hawkeye poster to resemble the comic book artwork by acclaimed artist David Aja; which has caused controversy in the past because of the lack of accreditation that comes to many of these artists that inspires a lot of Marvels work and promotional material.

We hope David Aja will get the credits he deserves, and as Disney+ releases a brand new Hawkeye poster, we couldn’t be any more excited for this holiday series! 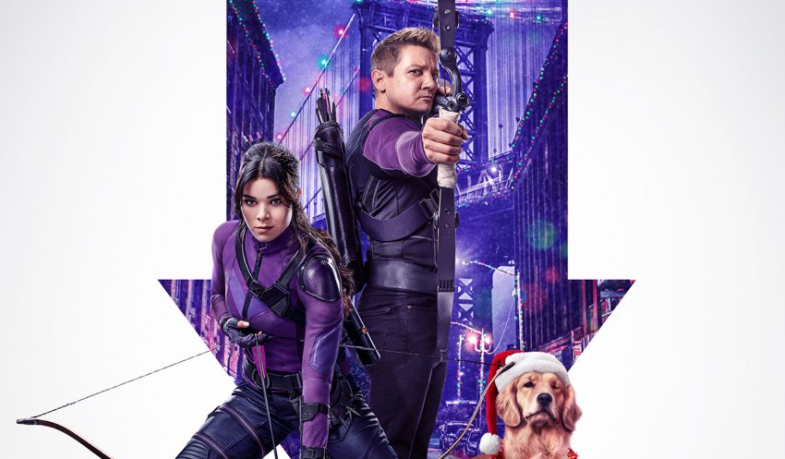