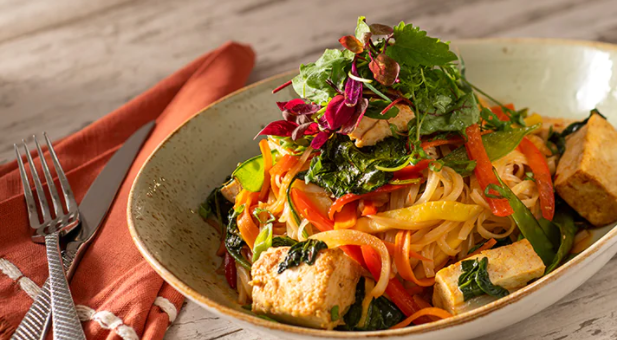 Did you know that today is World Vegan Day!? That means, it’s the perfect day to celebrate Disney’s incredible team of chefs who whip up delicious vegan dishes for guests year round. 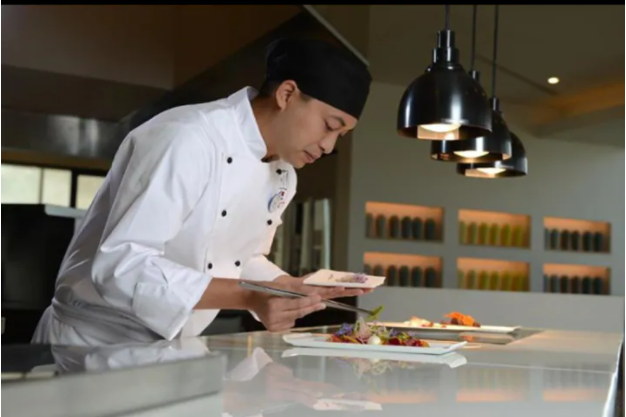 Let’s start off by meeting Chef David Nguyen who is known for his creative dishes at Magic Kingdom park. He works at Jungle Navigation Co. LTD Skipper Canteen where he developed some of the restaurant’s delicious plant-based entrees including the Perkins Pad Thai which is a vegan spin on the traditional Pad Thai.

There’s also the Crew Stew a delectable mix of sautéed vegetables in a tomato curry sauce. 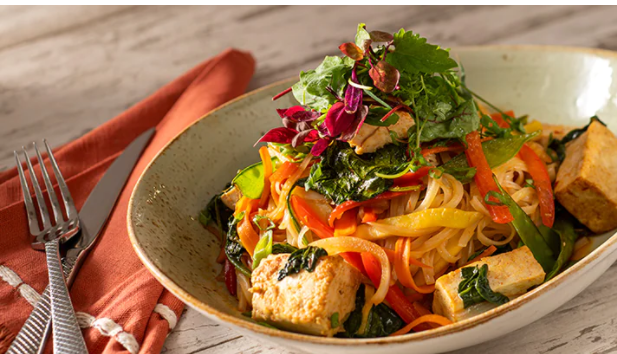 David injects love and passion in every dish he creates,  “My greatest reward as a chef is seeing guests enjoy the food my team and I work hard to make. A smile is all I need to know that what I do is worth it,” he said.

When asked about his success as one of Magic Kingdom’s prominent culinary masterminds, Chef David credits his success to all the cast members who supported him throughout his career. From teammates to mentors, David makes sure he learns something new from everyone he meets in the kitchen. 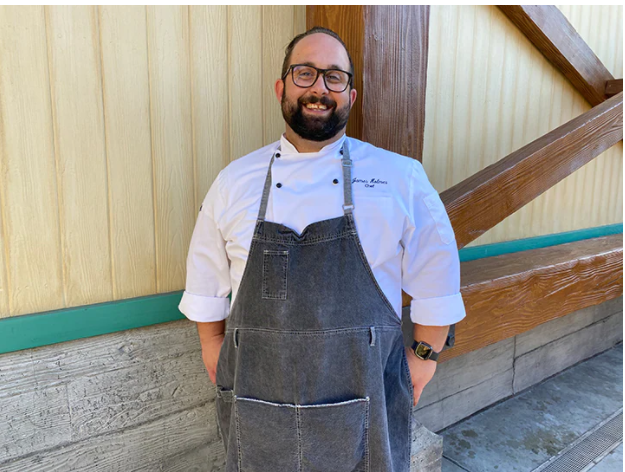 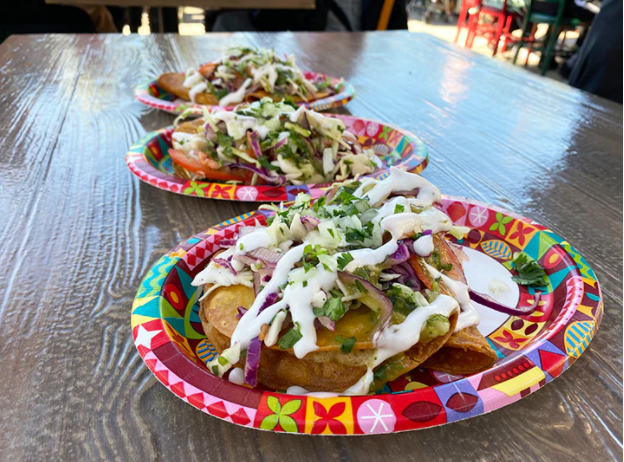 Chef James says that he enjoys taking a fresh approach to classic dishes that features meat and then recreating them with plant-based options.  Below is a video that you have to check out of Chef James sharing two of his favorite Vegan dishes –  Tacos Dorados de Papa at Cocina Cucamonga Mexican Grill and the Impossible™ Breakfast Sha-warm-up from Shawarma Palace.

Chef James also advised that his work creating vegan dishes for guests has inspired him to introduce more plant-based options at home.  He said of the experience, “Incorporating plant-based offerings at home made me think differently about the offerings we can create here [at Disneyland Resort],”

Chef said that one of his favorite dishes to create at home is the Tacos Dorados de Papa (or potato tacos)  The crispy potatoes in the tacos are topped with a flavorful tomatillo salsa, cabbage slaw and dairy-free crema. He also enjoys watermelon and tomato poke—a Hawai‘i dish traditionally made with raw, marinated fish.

Speaking of Hawaii, let’s head over to Aulani, A Disney Resort & Spa to check in with our last chef – Nelson Kawai Yamagata.   He has the task of filling the restaurants at Disney’s Hawaiian retreat with delectable options that are big on island flavors.

One of his favorite plant-based dishes on property is the plant-based past he created for Makahiki restaurant.  This dish is made with red lentil pasta, roasted farm vegetables, vegan sausage and chili oil. Sounds amazing.

With several Vegan writers on staff, we here at MickeyBlog always try to provide you with a snapshot of the best Vegan eats and treats at Disney World.  Keep following along with us for further news and updates!