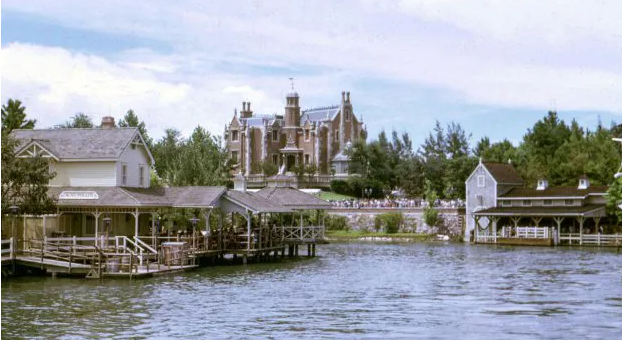 Over the past month (since Disney World’s 50th Anniversary celebration kicked off on October 1st) we’ve celebrated birthdays at each of the theme parks, the original Walt Disney World Resorts and more.  On Halloween it seemed only fitting to celebrate the Haunted Mansions 50th Anniversary. It is after all one of Magic Kingdom’s opening night attractions. 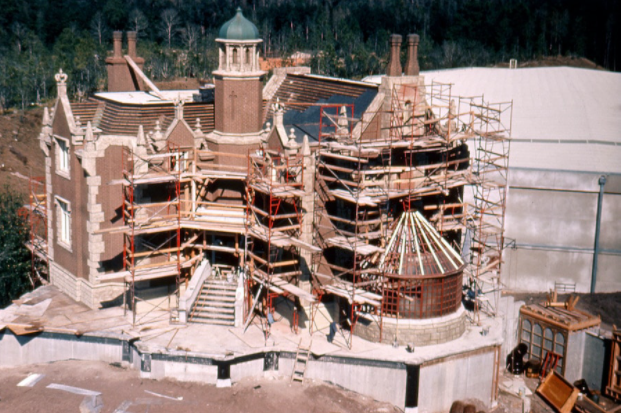 As Stephen Miller with Disney Parks Blog tells us, Haunted Mansion was constructed in 1970 and was built relatively quickly given that Walt Disney Imagineers had planned ahead producing props, set pieces and Animatronics of Disneyland and Walt Disney World simultaneously.  The mansion was actually one of the first buildings to be completed in the park back in 1971. 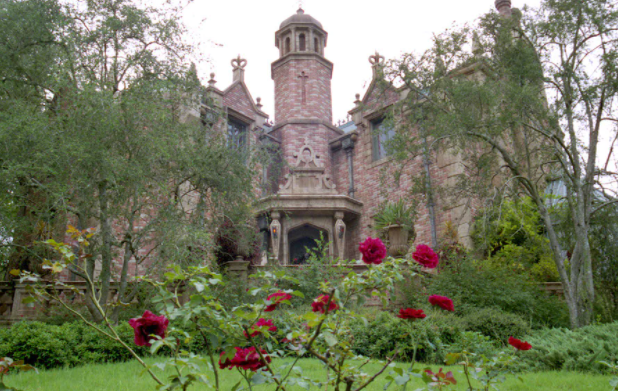 Unlike the mansion in New Orleans Square at Disneyland Resort (which opened in August of 1969) the Florida version resembles one of the great mansions found along the Hudson River in upstate New York.  It features Gothic revival architectural style. 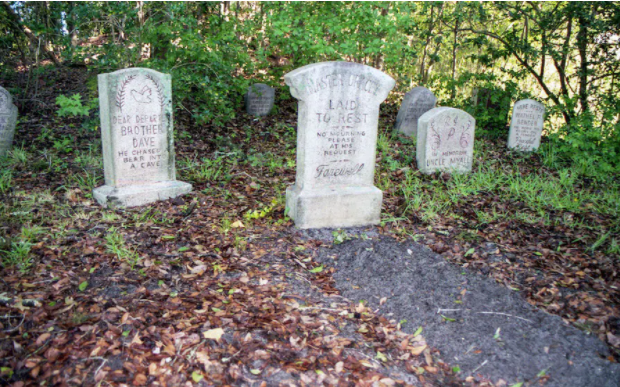 The graveyard plot outside the mansion is no minor detail to be overlooked.  It features tombstones that salute many of Disney’s Imagineers who worked on the attraction. Be on the lookout for the following names during your visit. Claude Coats, Yale Gracey, Marc Davis, Fred Joerger, Gordon Williams, Harriet Burns, Dave Burkhart, Chuck Myall, Bob Sewell and Wathel Rogers. 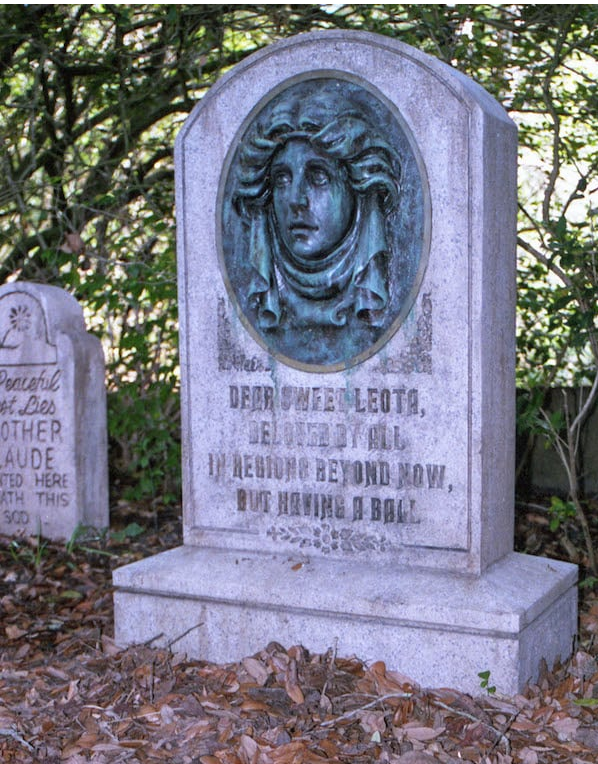 Here’s an interesting fact for you.  For the attractions opening in 1971 the tombstones at the Haunted Mansion were created by using the same molds as the ones found at Disneyland.  It wasn’t until later that the Magic Kingdom’s ones were replaced with real stone versions.

2002 actually saw the introduction of my favorite tombstone to the Haunted Mansion cemetery.  The Madame Leota tombstone (pictured above) is a tribute to Walt Disney Imagineer Leota Toombs Thomas.  Fans of the ride know that her name is used for the disembodied fortune teller in the seance room scene.  DId that tombstone actually move? Or was it just me!? Look closely next time you’re in line! 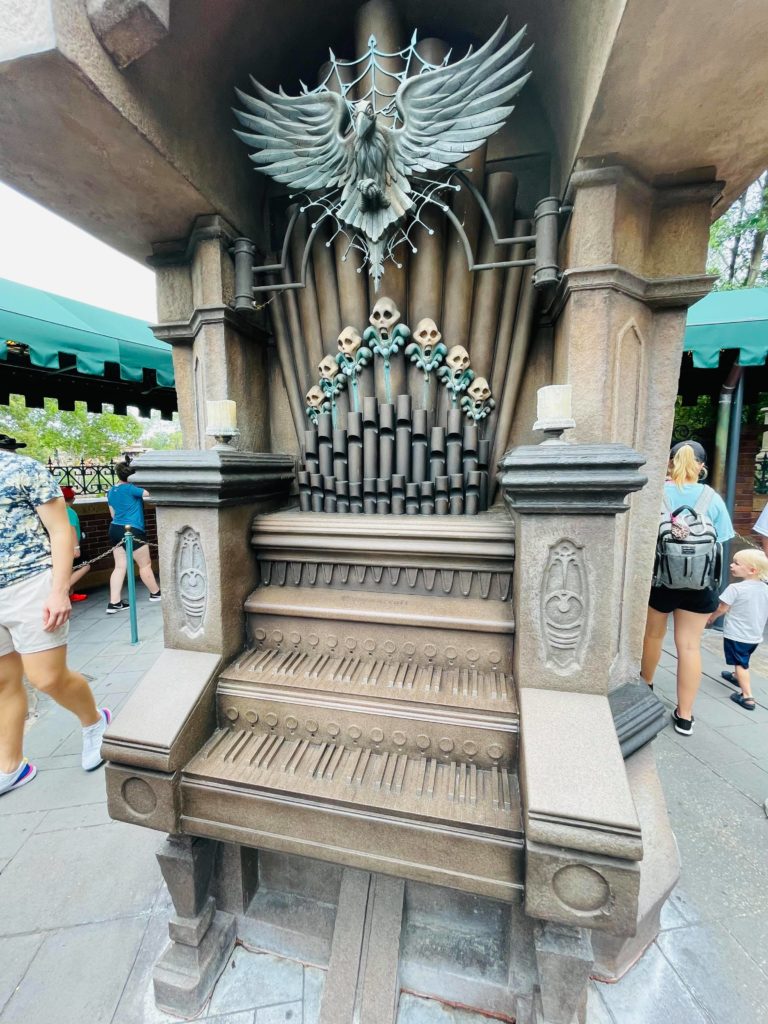 In 2011 new spooky tombstones and crypts were also added to the attraction. These introduced fun ways for guests to interact with the 999 happy haunts before entering the ride itself!

Anytime of day is a great time to visit the Haunted Mansion but there’s something extra special about visiting the attraction after dark when the whole property takes on an ominous glow. 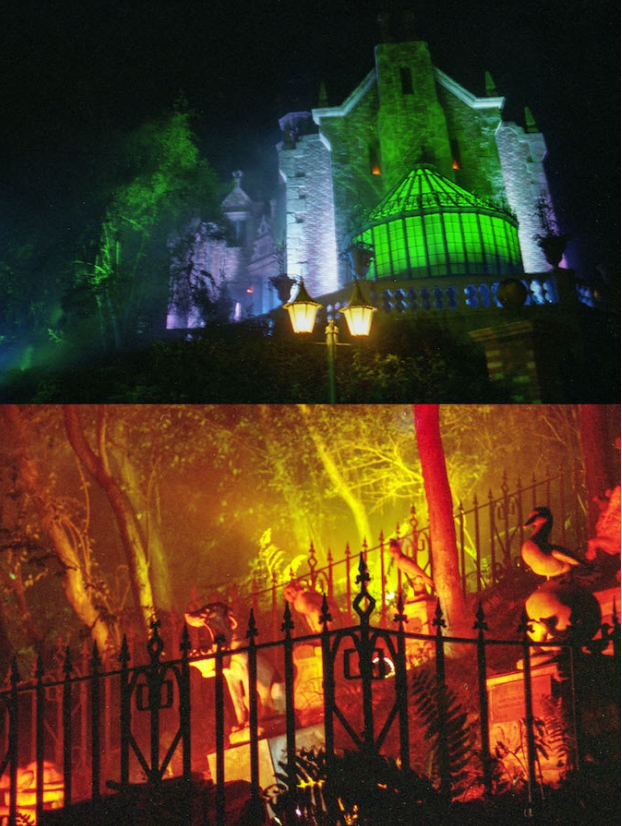 You can even see the pet cemetery above glowing a in hues of red, orange and yellow after the sun goes down. 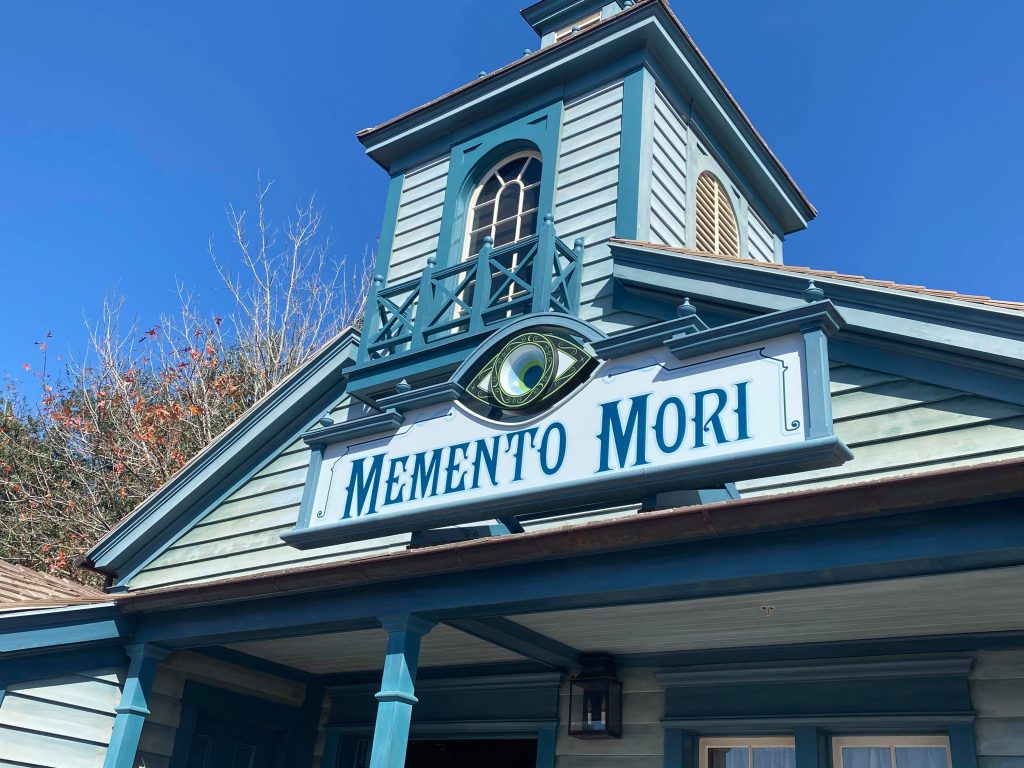 While you’re at the Haunted Mansion in Disney World be sure to head over to Memento Mori in my mind which is one of the best gift shops in all of Walt Disney World.  Inside you’ll find a whole host of macabre merch including apparel, toys, housewares and more! I’m sure that there’s a curiosity inside with your name on it!

Next time you’re at Walt Disney World be sure to take time to celebrate the Haunted Mansion’s 50th Anniversary as well!

Phineas, Ezra and Gus, the mansion’s hitchhiking ghosts are waiting for you!

Readers are encouraged to keep following along with MickeyBlog where we’ll be coming to you LIVE! from Walt Disney World each and every week!