BoxLunch is Holding a Sweepstake to Win a Trip to Walt Disney World!

Cross your fingers and put your lucky socks on because BoxLunch is holding a sweepstake with the grand prize of a trip to the Walt Disney World Resort!

Ready to join Remy on an adventure? 🐭🍽 BoxLunch is excited to announce the Disney Remy’s Ratatouille Adventure Sweepstakes! Enter for a chance to win a 5-day/4-night Walt Disney World® Resort vacation and a $100 BoxLunch gift card! pic.twitter.com/tUUTqIuyxa

As part of their Disney Remy’s Ratatouille Adventure Sweepstakes, one lucky winner will receive the grand prize of a 5-day/4-night paid trip to Walt Disney World as well as a $100 BoxLunch gift card!

As if the trip itself wasn’t good enough, the winner will also receive paid airfare (if applicable), a VIP tour guide for a day, AND a $500 Disney gift card!

Entries are open all the way up until December 2nd, 2021, with the limit being 1 entry per person per day, so be sure to set a reminder each day!

The runner-up will receive a $50 BoxLunch gift card, as well as the Remy’s Ratatouille Adventure Prize Pack as seen below. 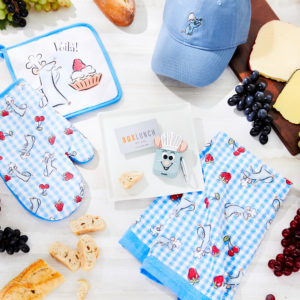 Entries are only available for those over the age of 18 at the time of entering and legal residents of 50 states plus D.C.

You can enter by following this link, and don’t forget that you can enter once per day until the closing date of December 2nd, 2021. We wish you the very best of luck!