The golden 50th anniversary logo featured prominently throughout the Walt Disney World Resort took on a playful tone in a new set of socks. Spotted at World of Disney at Disney Springs, the new apparel choice features an abundance of interesting characters, making them a great gift to snag during “The World’s Most Magical Celebration” festivities. 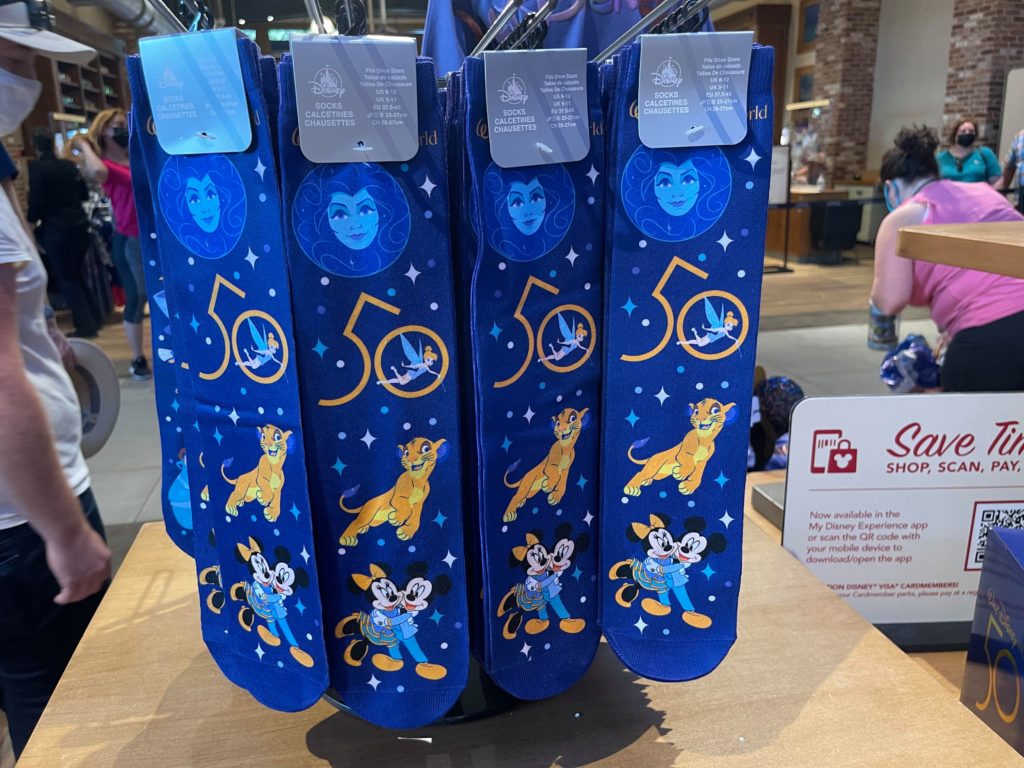 The royal blue cotton base provides a stellar backdrop for the golden and yellow shades speckled throughout the design. Stars dazzle in the background of the design as Mickey and Minnie share a friendly hug dressed in their EARidescent party apparel. 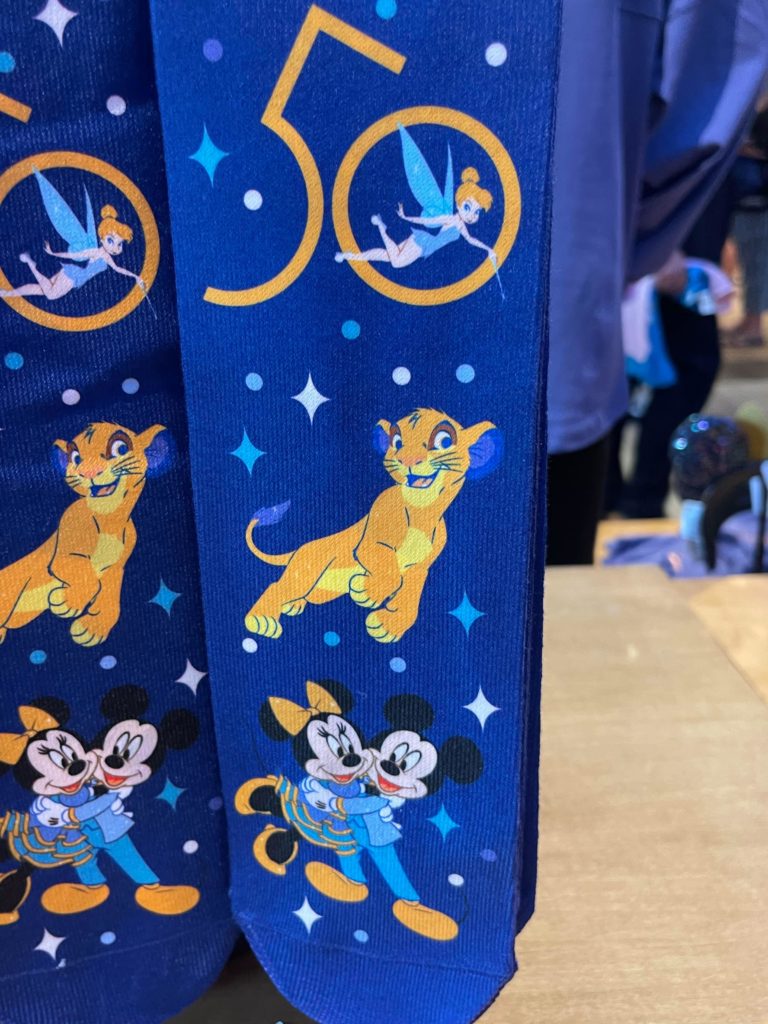 Simba almost appears to fly after a sprinkle of pixie dust from Tinker Bell herself who flits across the top of the design. 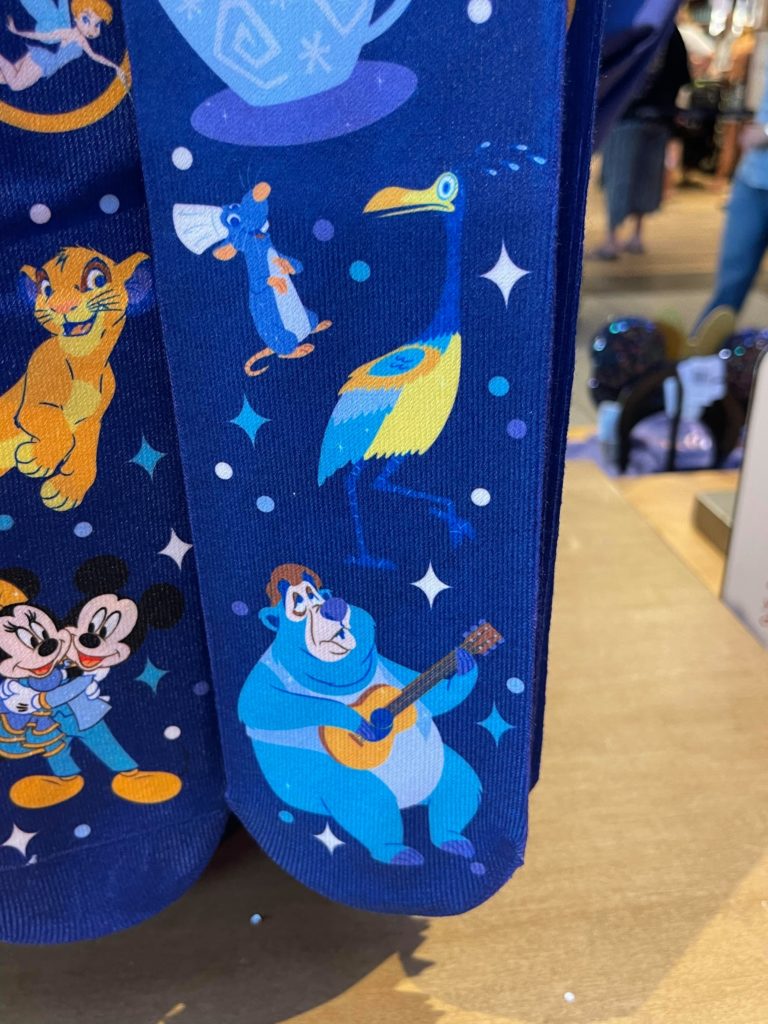 Across the back, a Big Al from the Country Bear Jamboree strums a tune below a couple of Pixar favorites: Kevin, the endearing bird from “UP,” and Remy, the culinary genius in “Ratatouille.” Remy’s adventures in the kitchen wowed guests in a new EPCOT attraction that opened Friday in honor of the resort’s milestone anniversary. 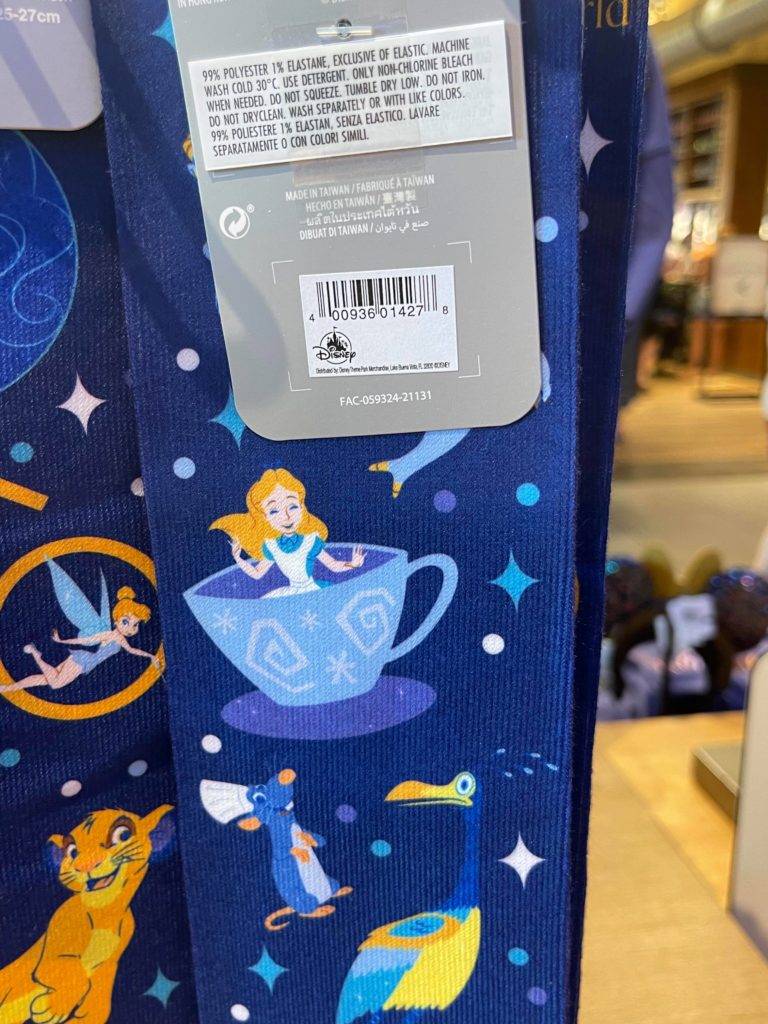 Alice twirls around in a violet-toned teacup 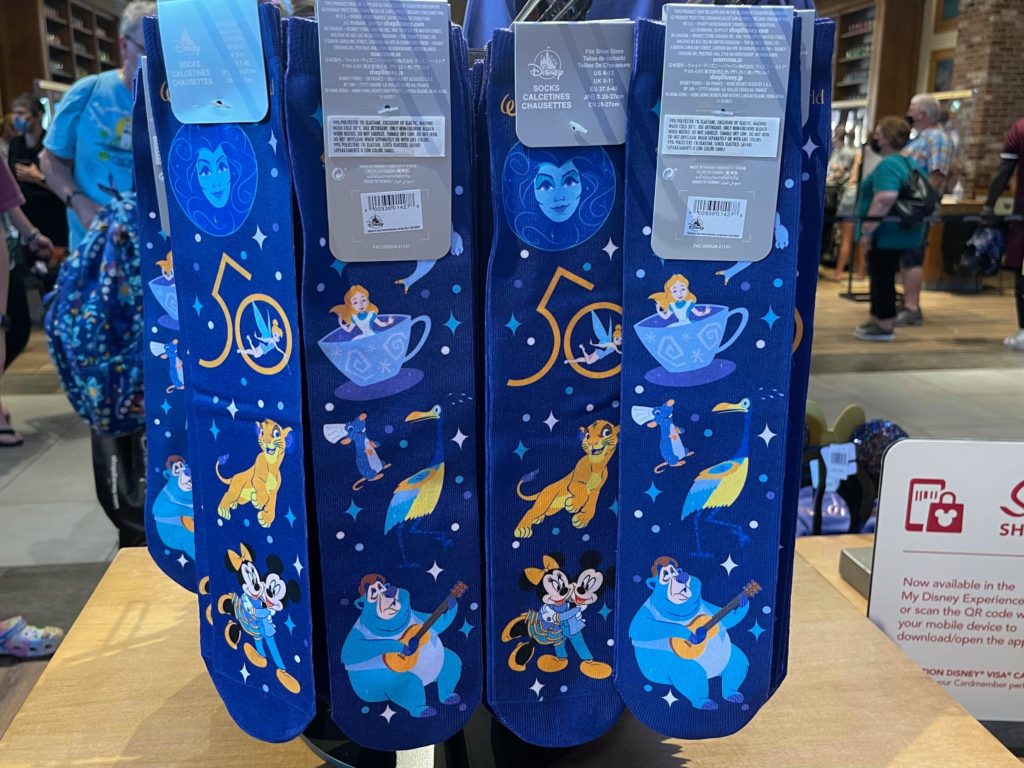 Of all the suprises in the pair’s playful design, Madame Leota’s haunting face makes a playful nod to the iconic opening day attraction, the Haunted Mansion. 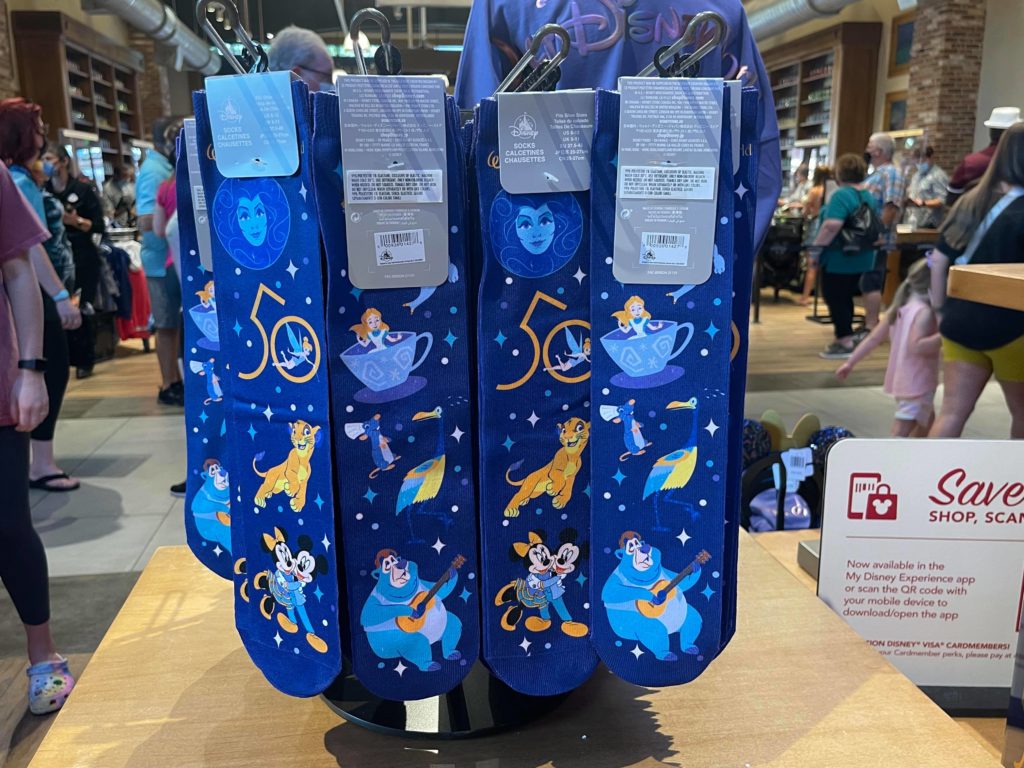 Located at World of Disney, the socks feature as part of an immense amount of merchandise celebrating “The World’s Most Magical Celebration. The 18-month festivities mark the Walt Disney World Resort’s 50th anniversary with collectibles, apparel, and new experiences popping up throughout the next year and a half. 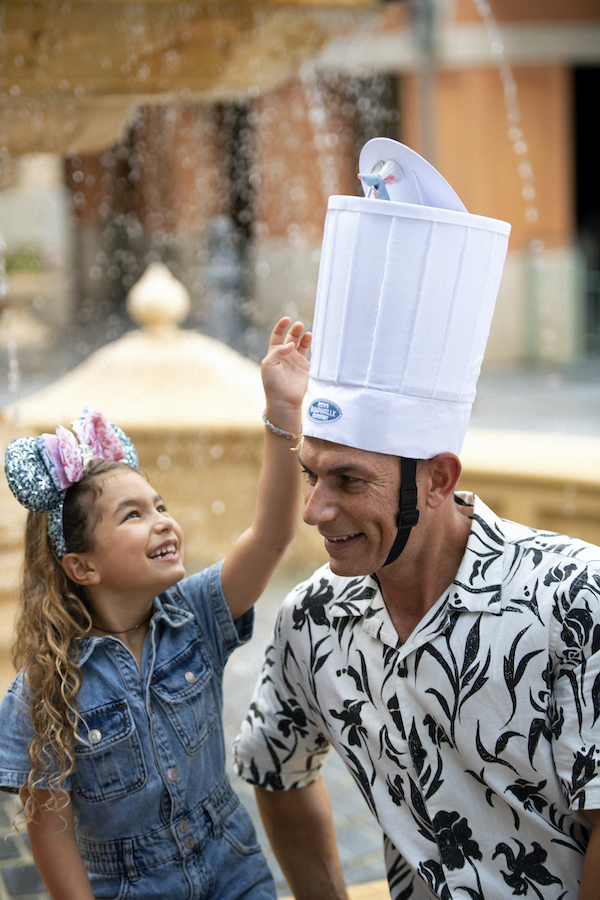 One such exciting event was the opening of Remy’s Ratatouille Adventure last week at the France pavilion in EPCOT. The new immersive 3D trackless ride shrinks guests to the rat’s size on a harrowing adventure straight out of the enchanting Pixar film.