Belgium Booth Opens at Epcot and the Waffles are the HOTTEST Commodity!

The Belgium booth has made its official return to the Food and Wine Festival during Walt Disney World’s 50th Anniversary Celebration! Boasting a new and convent location right along the entry to World Showcase, the booth has been a super popular spot during the 50th anniversary weekend. 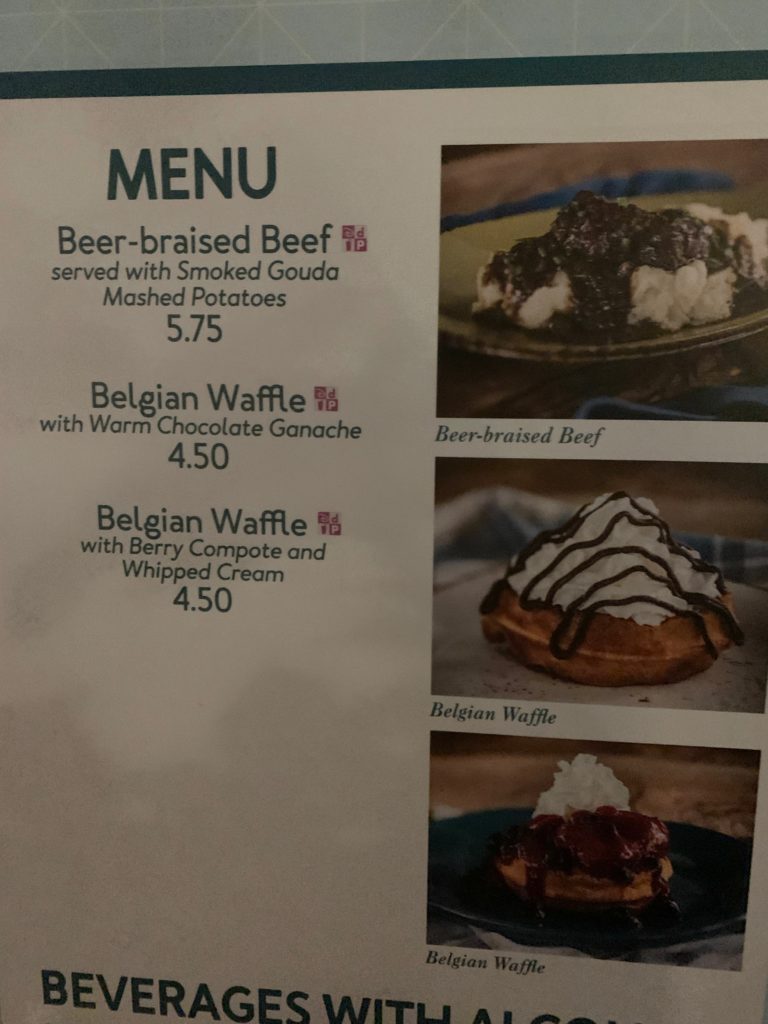 With a new item and returning favorites, here’s a glance at the booth’s 2021 menu. 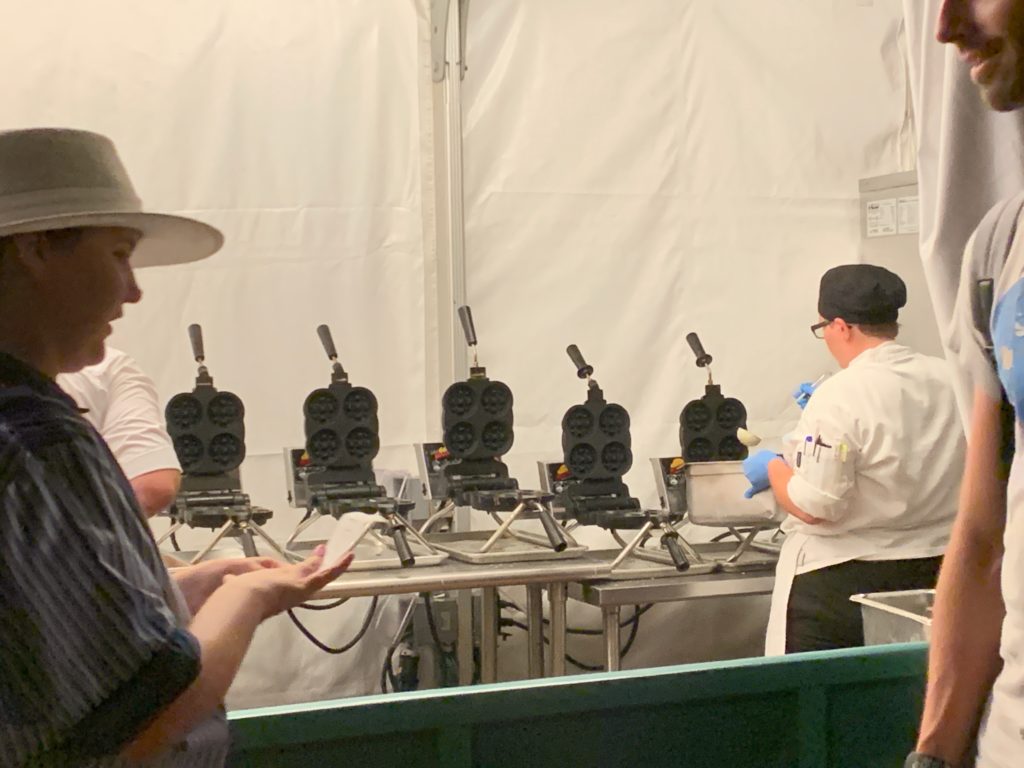 After perusing the menu and hopping in line, the first thing I noticed was the sheer amount of waffle makers in the booth- signifying that both the waffles are made hot to order AND sell extremely quickly. 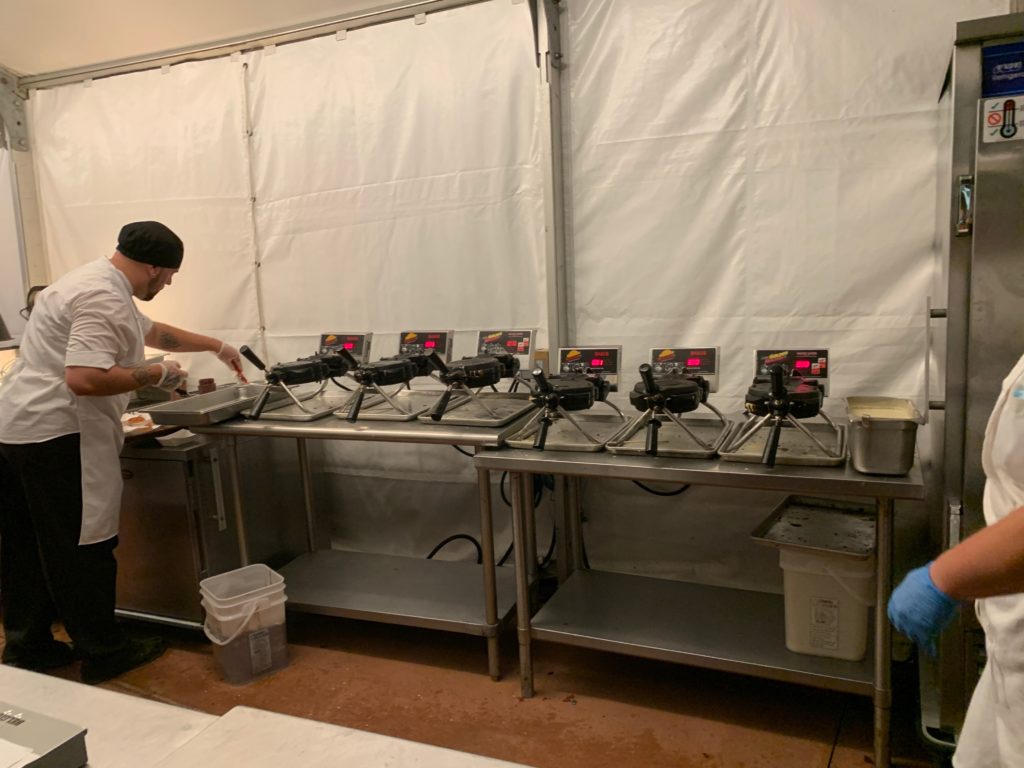 The Cast Member making the waffles was constantly turning out fresh waffles and handing them off to the CM’s responsible for adding the toppings. They are also extremely accommodating to special requests- a guest in front of me was sensitive to dairy and they happily filled his waffle order sans the whipped cream. 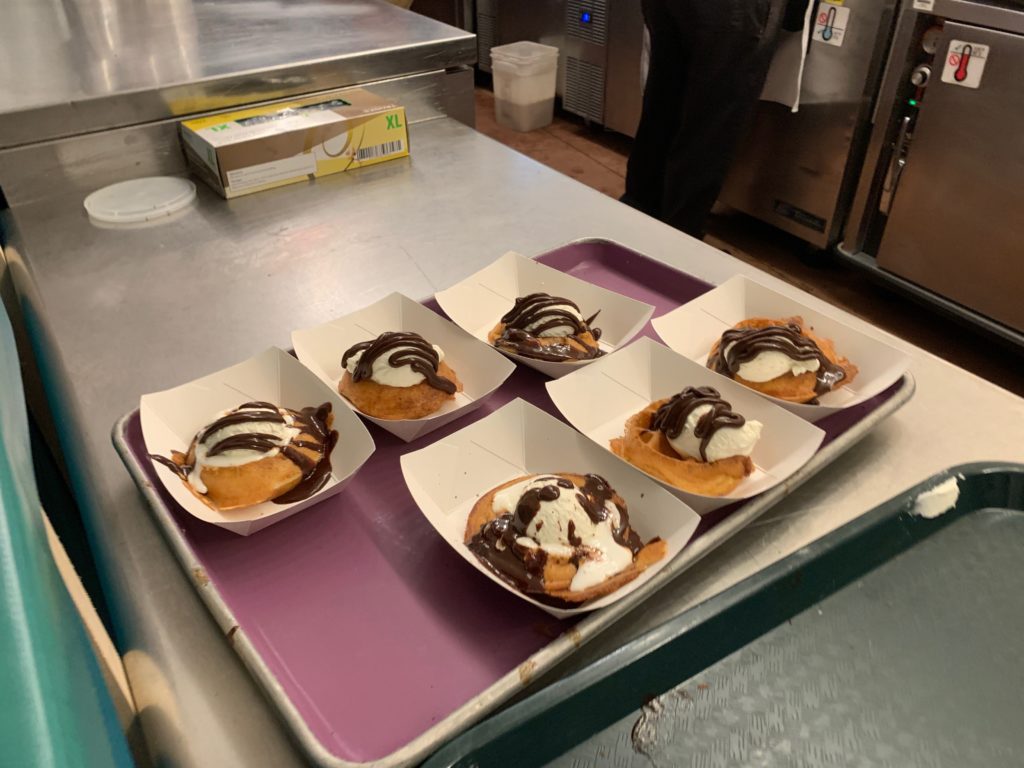 I opted for the waffle with berry compote and let me tell you…it was just as good, if not better, than any I’d had from Belgium in past years. 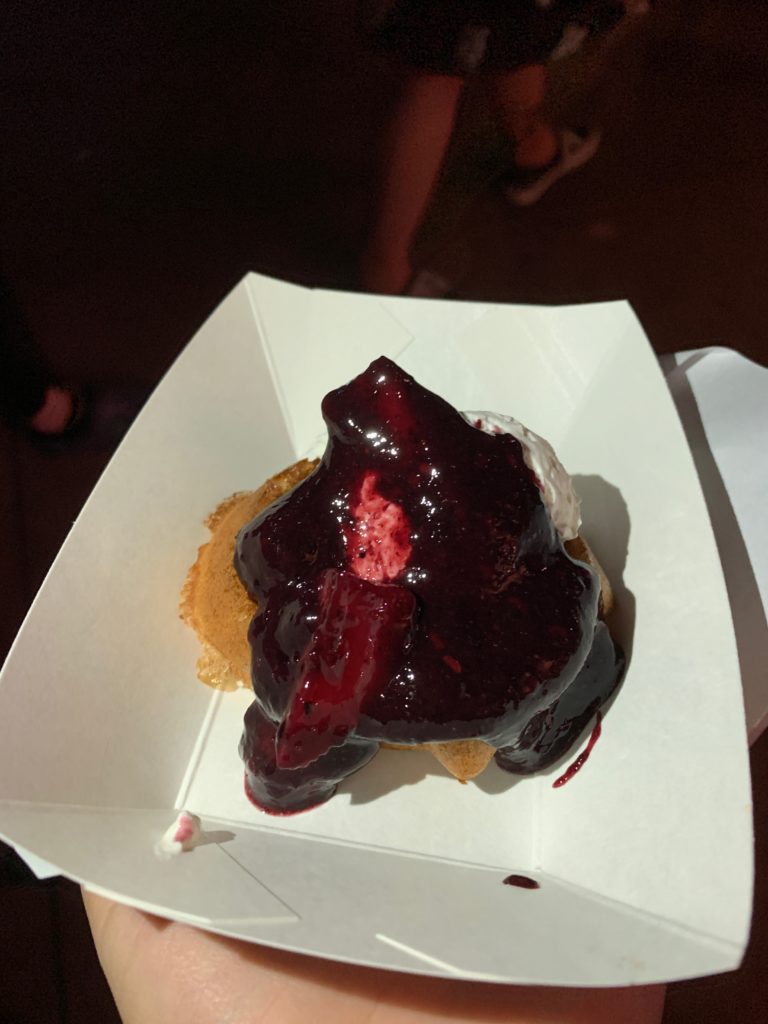 The waffle was obviously super hot and fresh, which could make or break the whole shebang! The berry compote actually featured whole chunks of fresh strawberries and wasn’t too sweet! The whipped cream tasted fresh and provided an excellent textural contrast to the tart berries and chewy waffles. 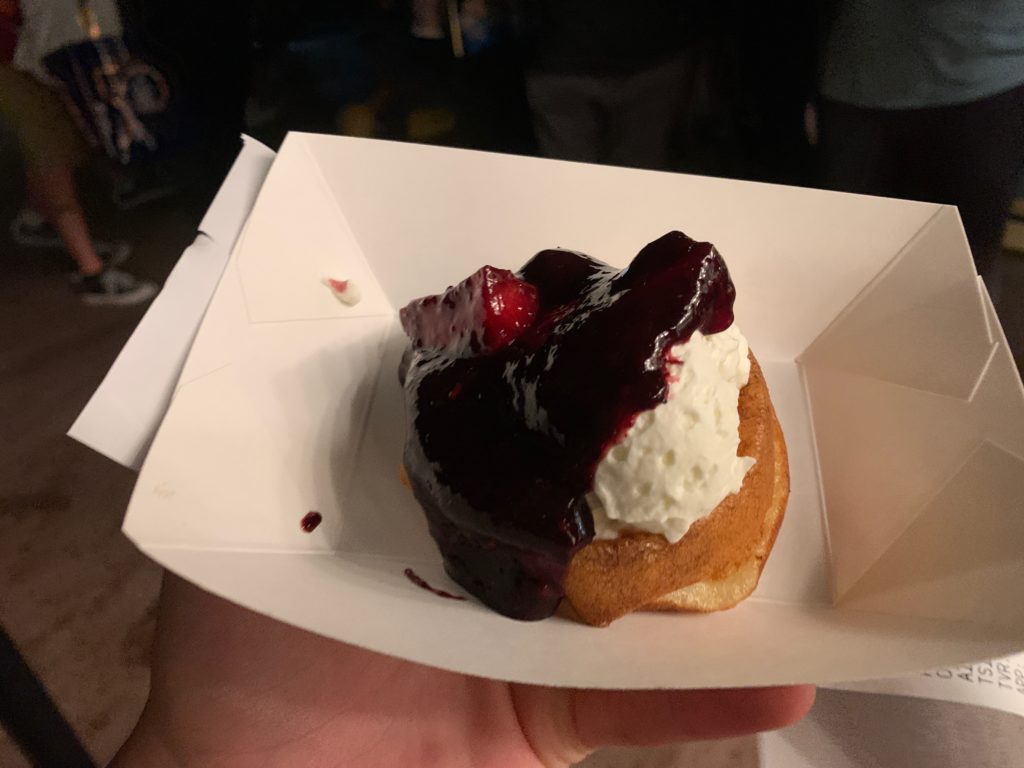 Fresh whipped cream makes these waffles a stand out

My one piece of advice is eat these babies as soon as you get them. My waffle was perfectly chewy when served, but the compote and whipped cream started to seep in by the last bite.

Overall, my waffle was fantastic and was the perfect pre-Harmonious treat. Will you be trying the Belgium booth on your next trip around World Showcase? Leave a comment and let me know!