Our MickeyBloggers are back at the Magic Kingdom this evening where we are hoping to get a better view of Disney Enchantment! While we are here, we’ve heard a bit of buzz about a new selfie backdrop at the Main Street Confectionary that is gaining popularity. 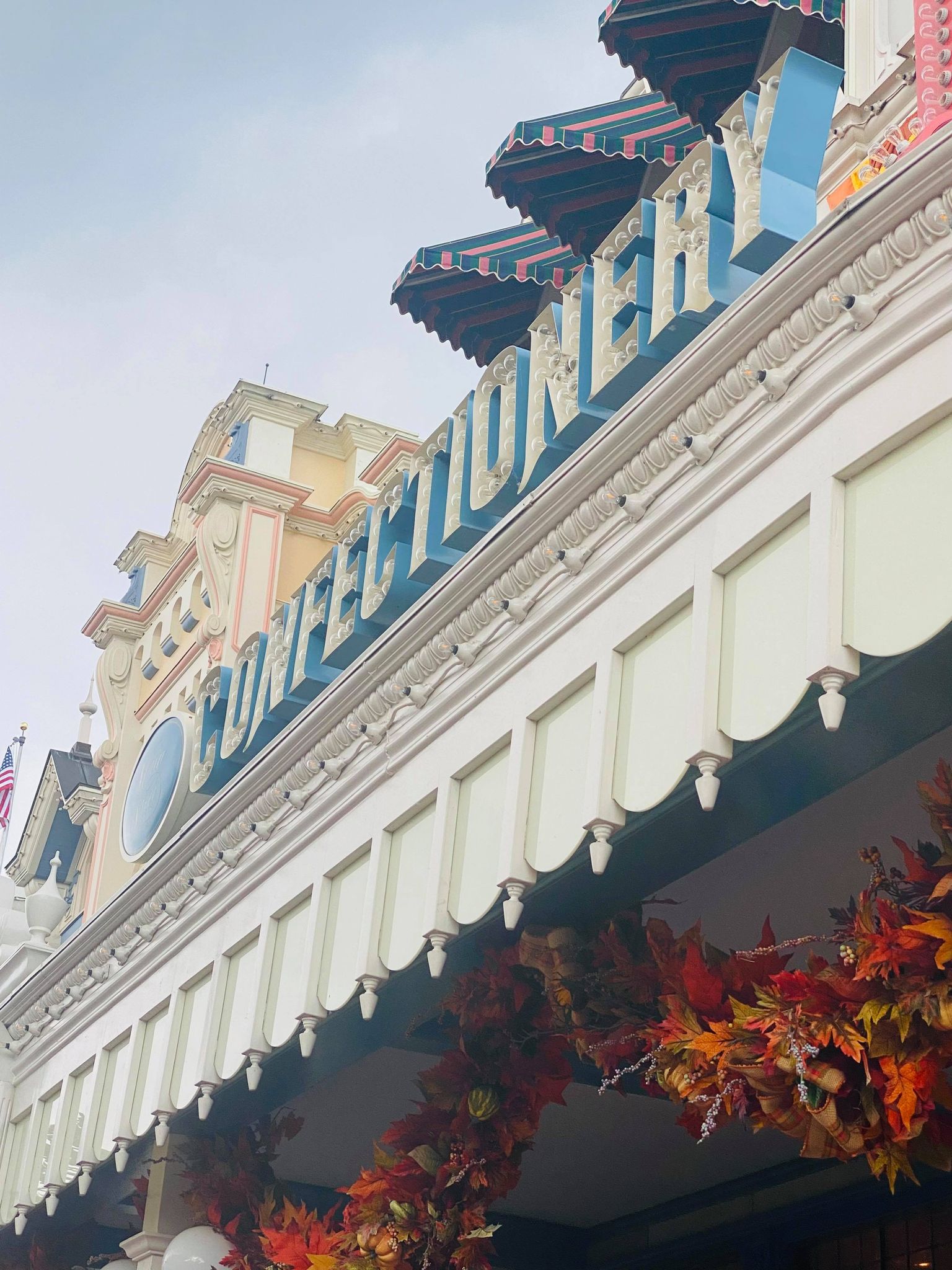 For those unfamiliar, Main Street Confectionary was closed for several months this year for a massive renovation. It opened just shortly before Disney World’s official 50th Anniversary kick-off. 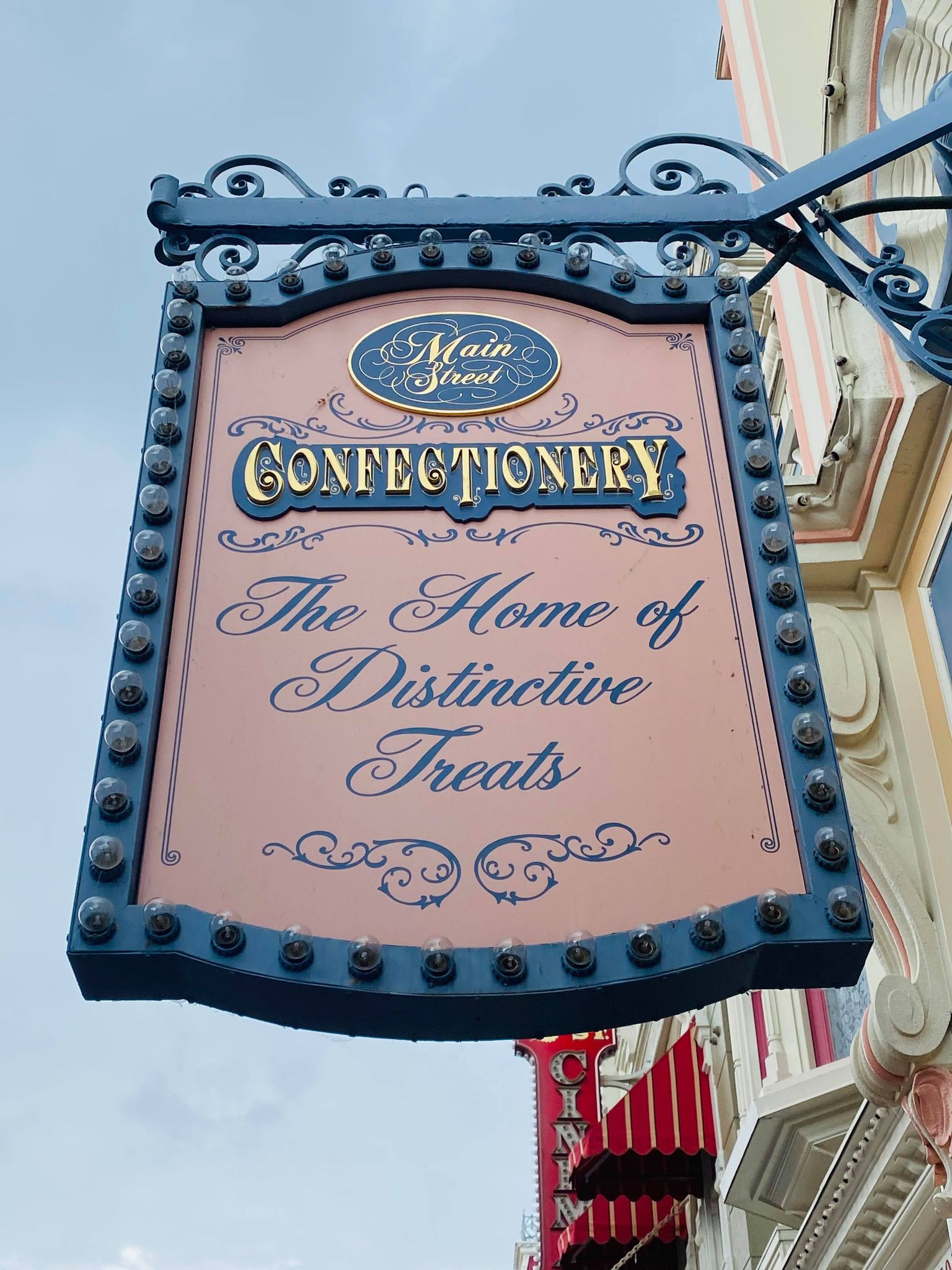 In addition to a new layout, Main Street Confectionary now has a new sponsor – Mars. This means that now in the shop almost all the treats for sale feature Mars brands including Snickers, DOVE, M&M, Milky Way and Skittles! 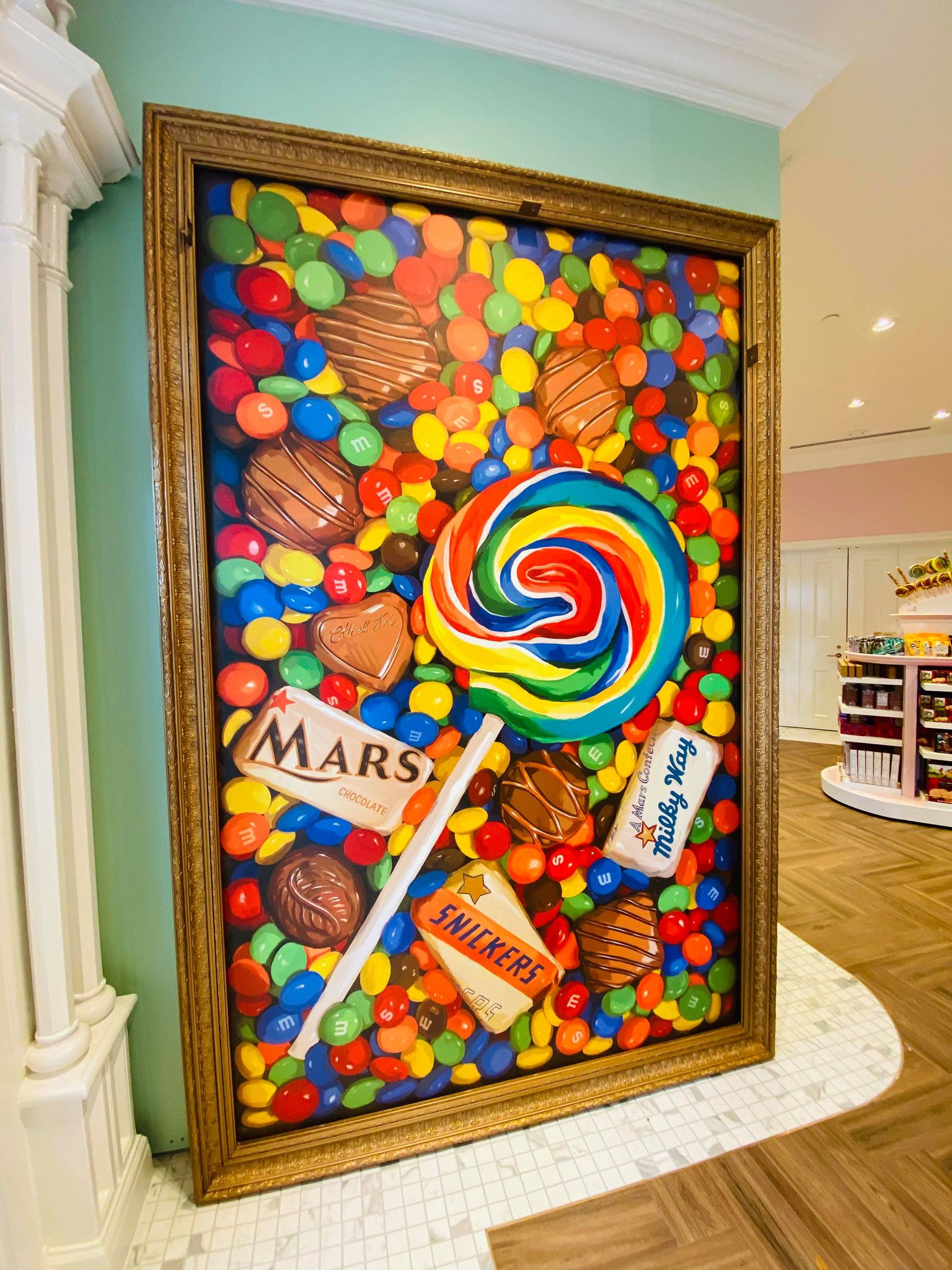 This is evidenced by the NEW Instagram wall that you’ll find inside the shop. 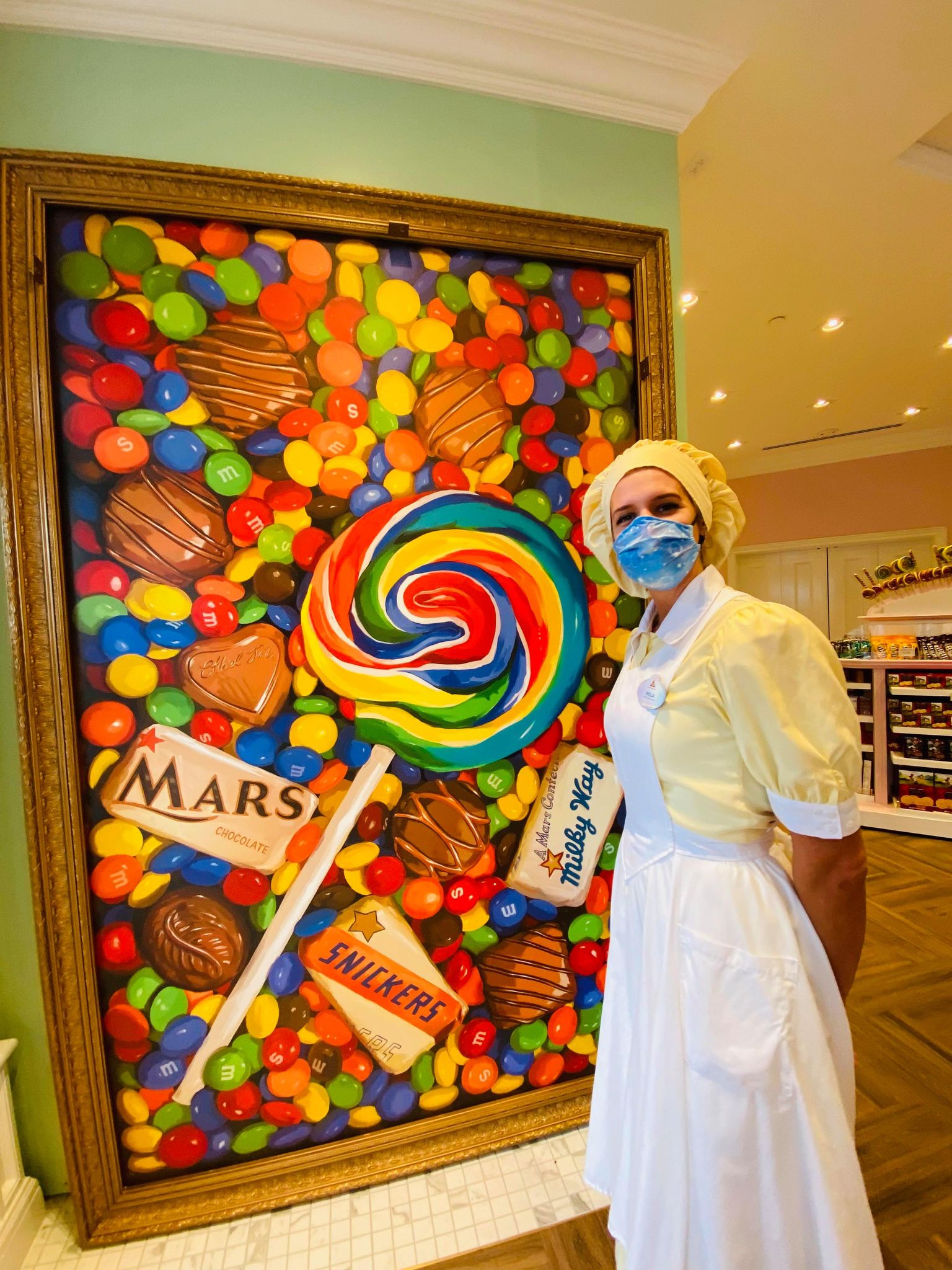 The candy wall is actually a pretty adorable backdrop found inside this iconic shop. 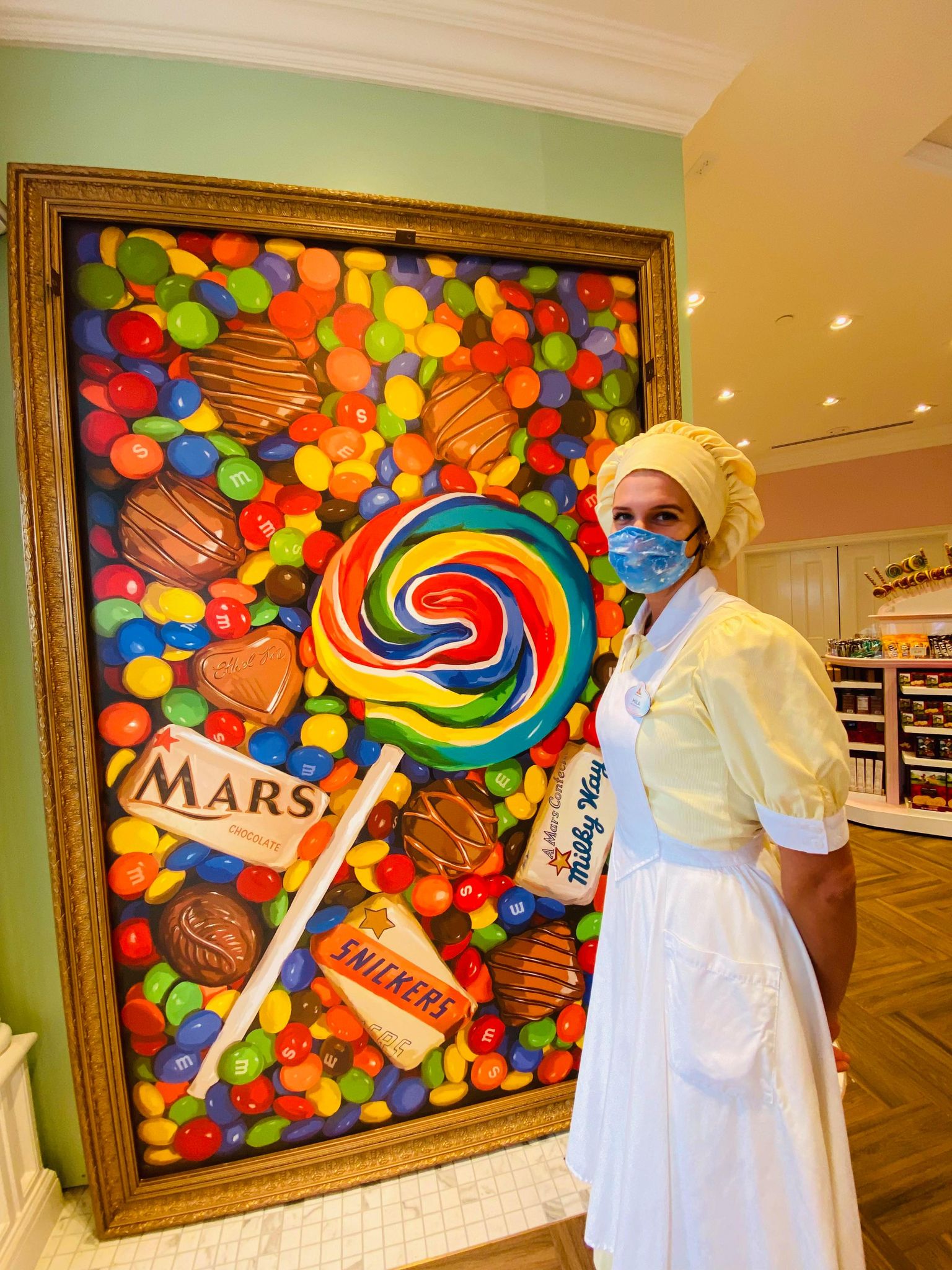 It features a colorful array of candies, all from the Mars brands. 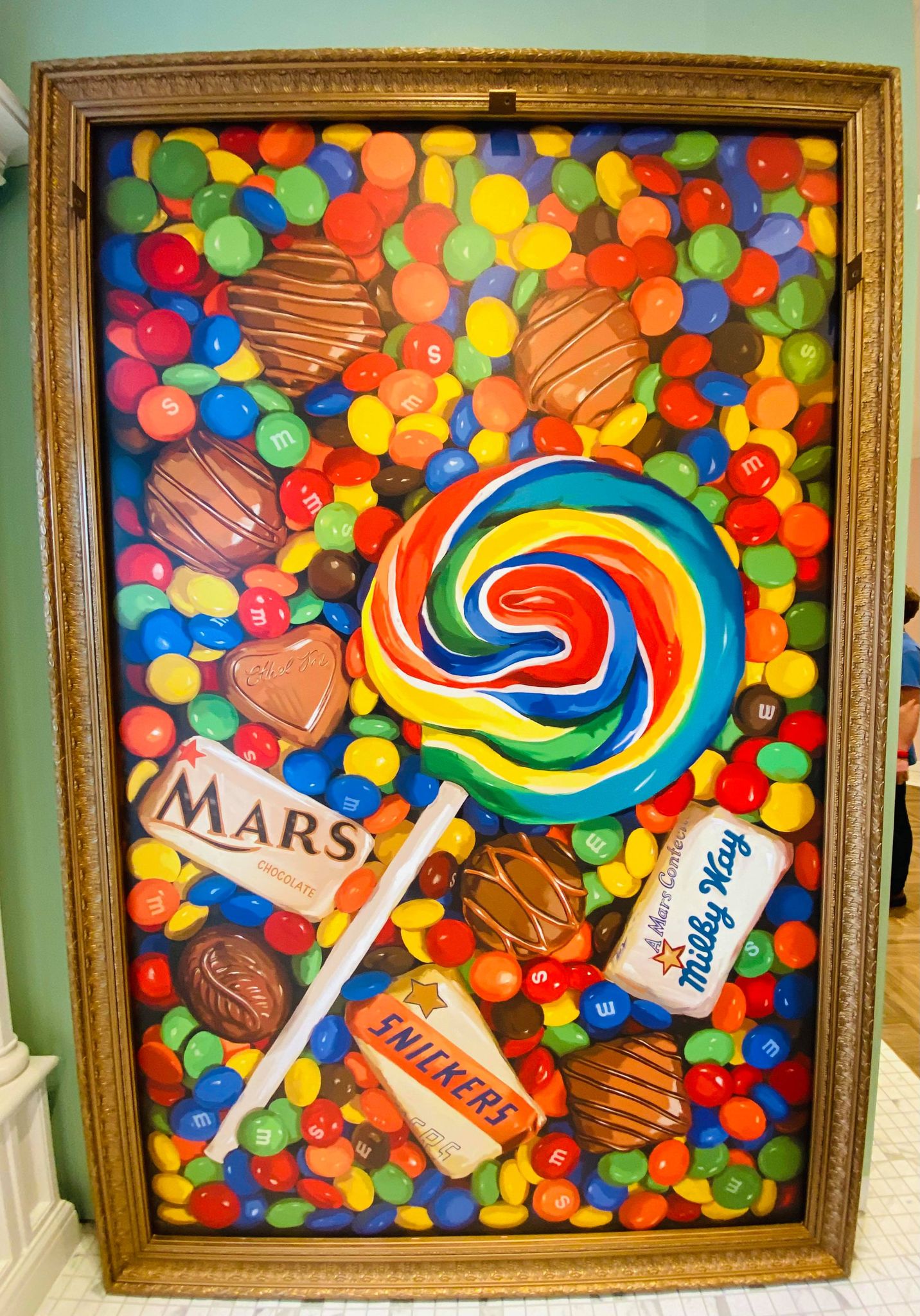 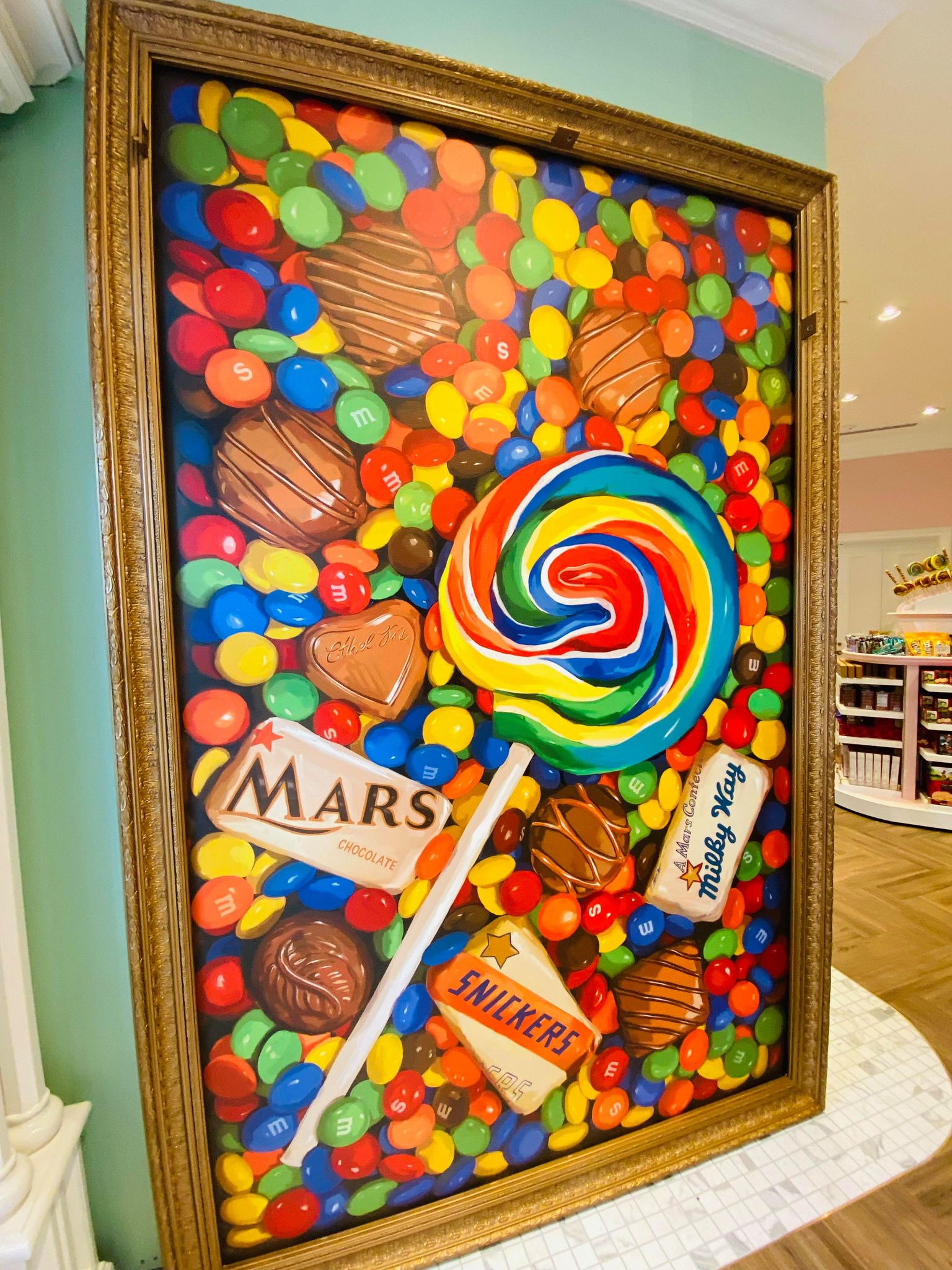 There’s a big rainbow lollipop running through the center of the mural. 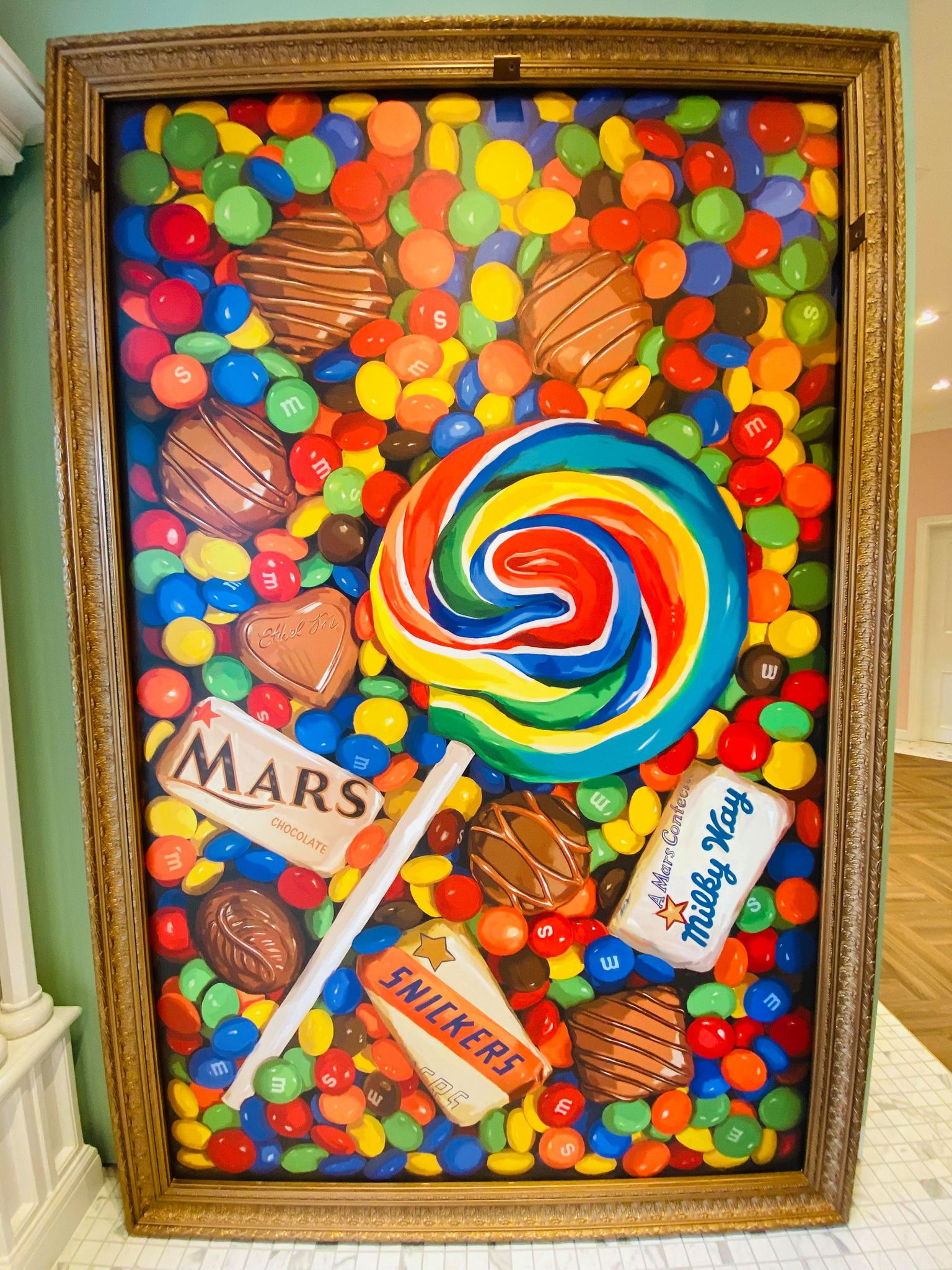 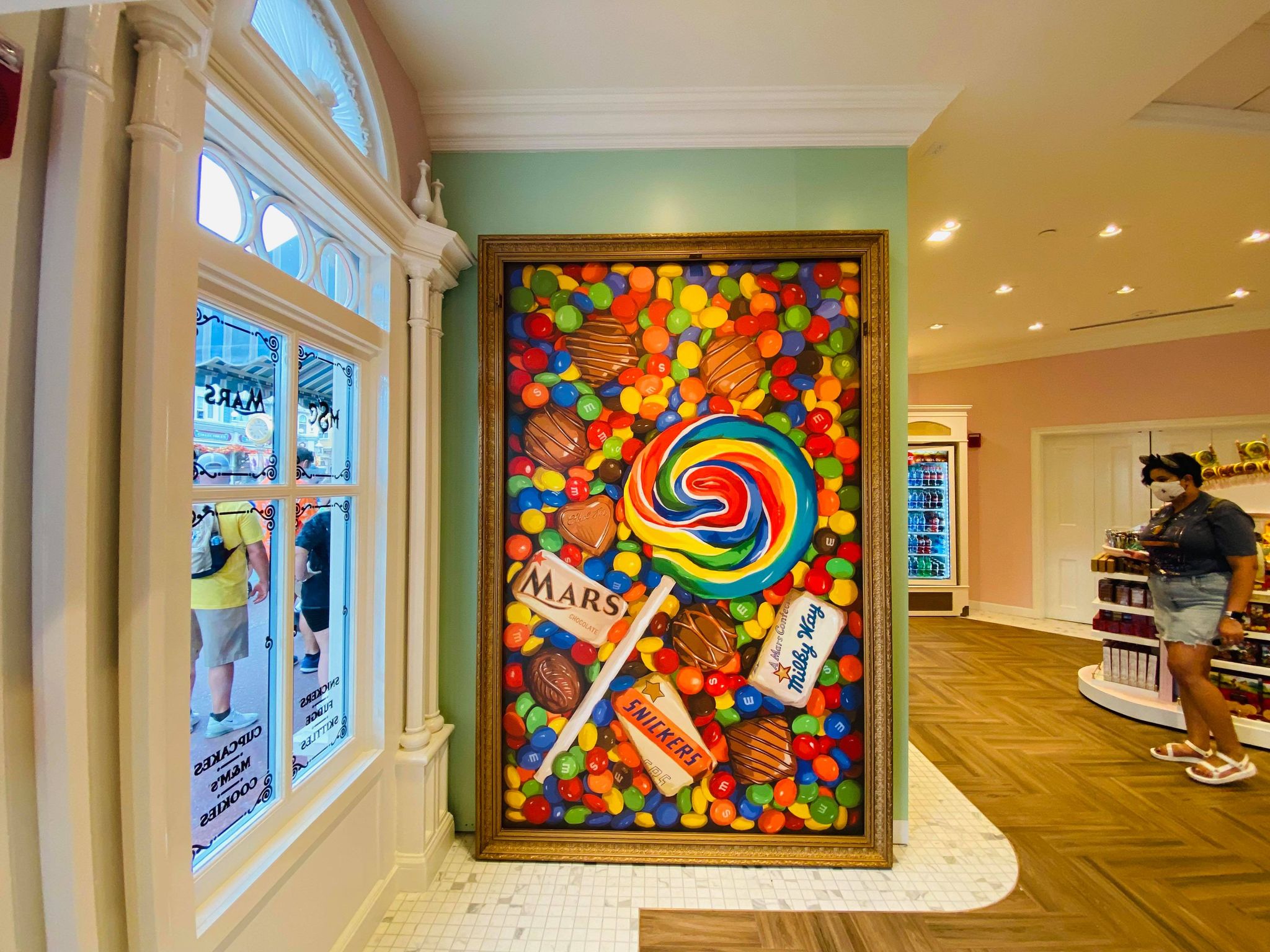 Other details in the mural included random pieces of boxed candy and the whole mural is in a gilded frame. 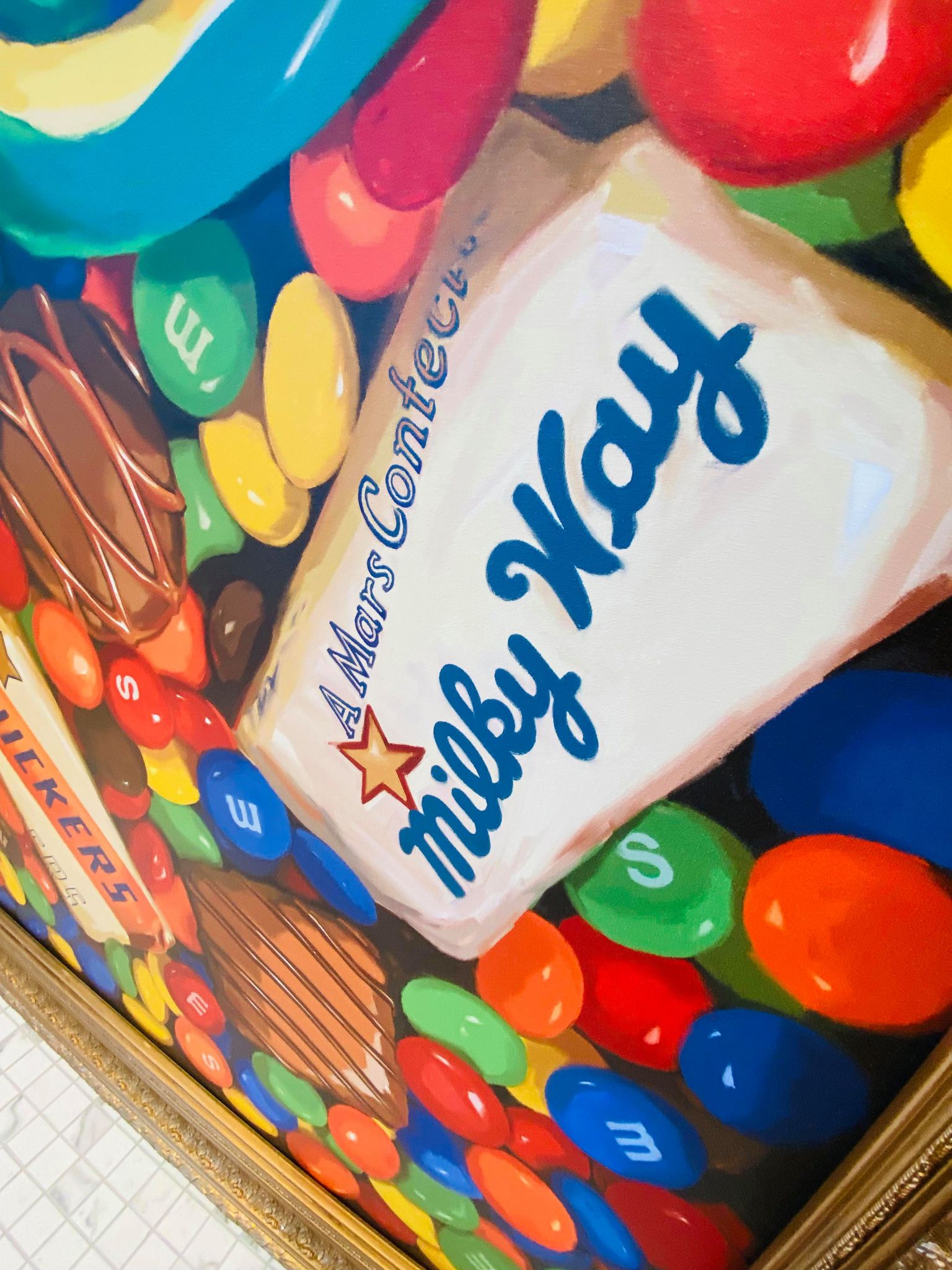 Here’s a closer look at the textures and colors in the mural which definitely looks hand-painted to us! 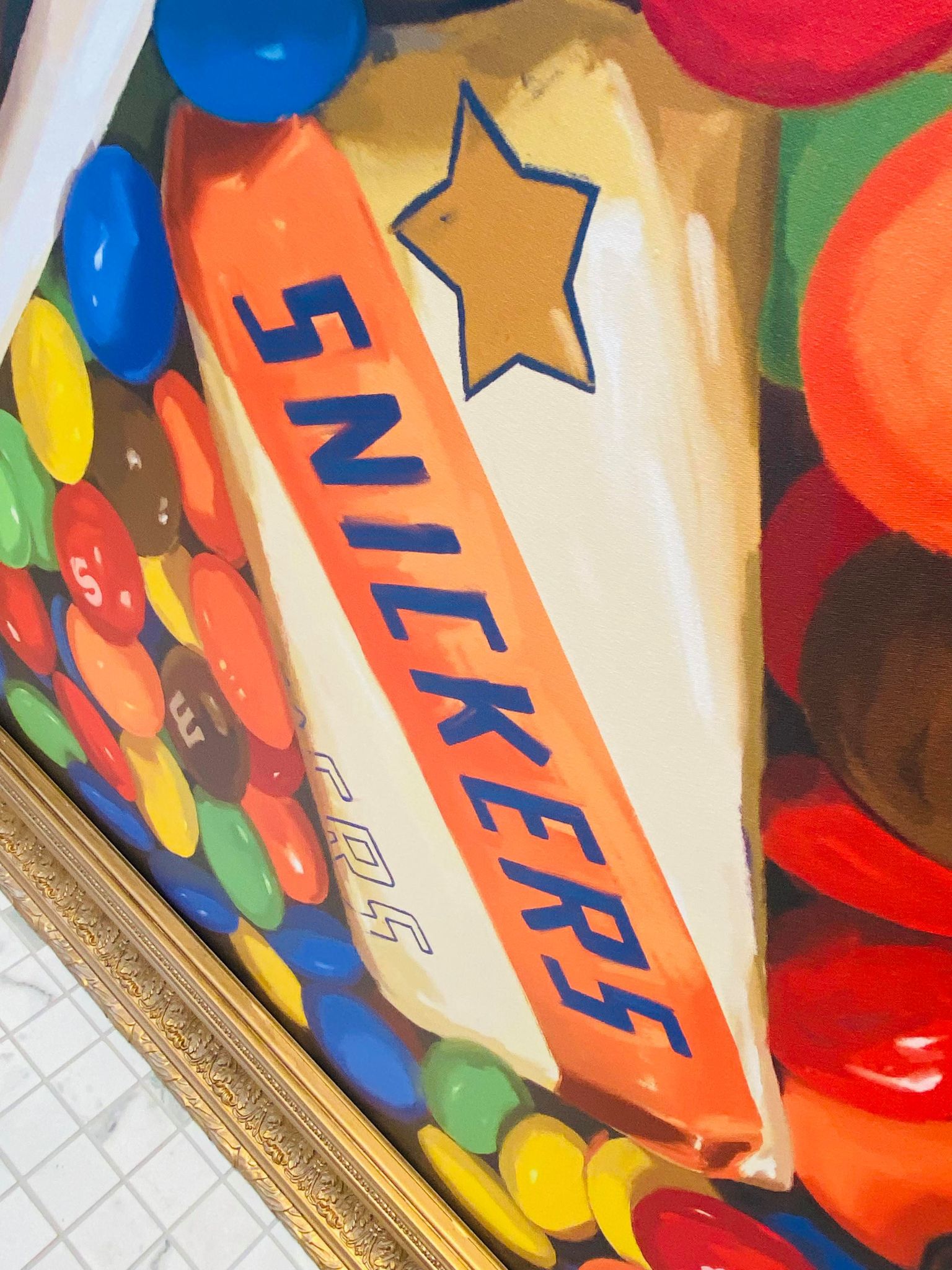 The 3D style of the drawing looks great on film which is why we see this backdrop becoming pretty popular – Move over bubblegum wall! 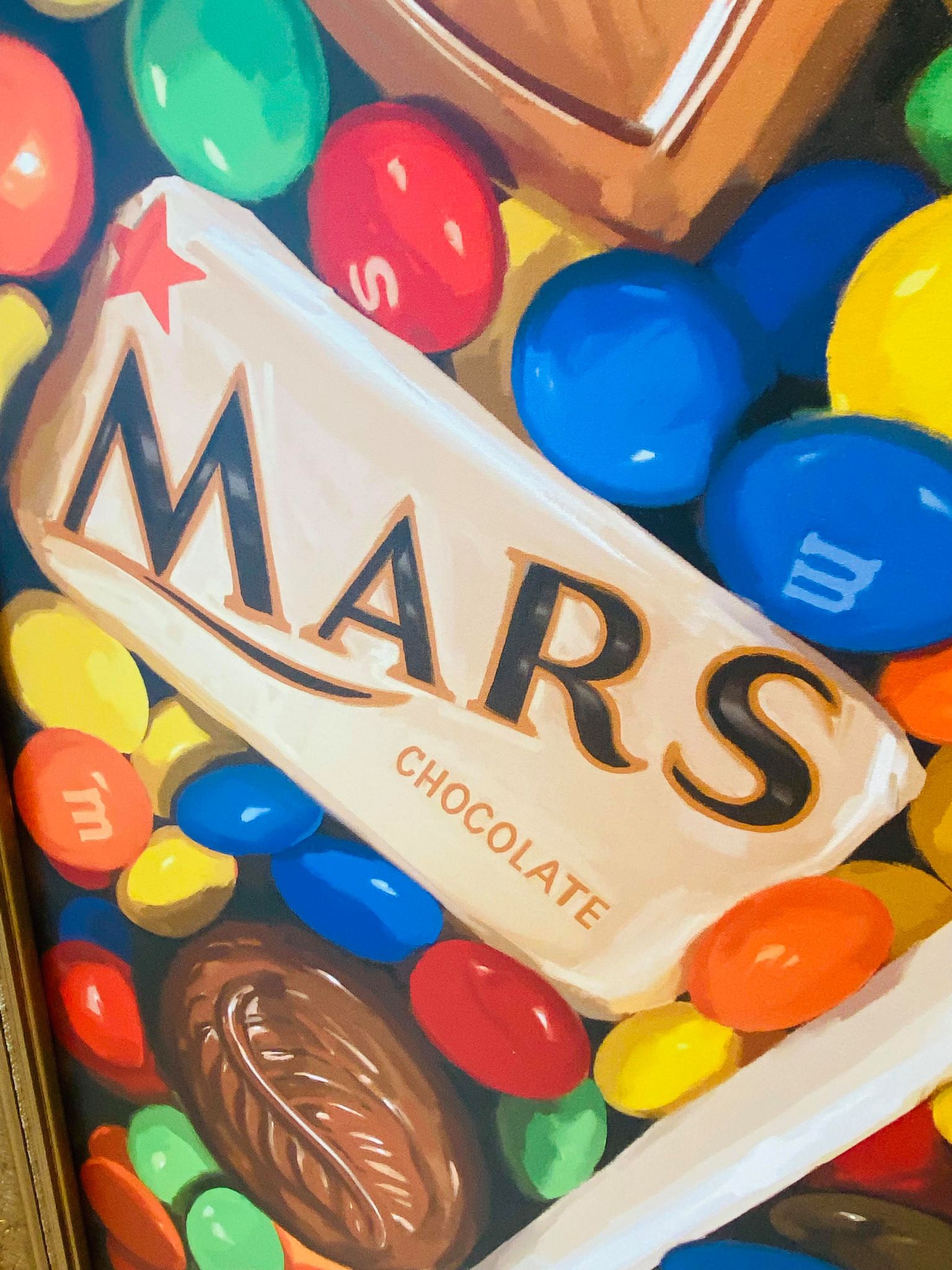 In a cute detail, one of the boxed candies that is shaped like a heart says Ethel M which is a reference to one of the original founders of the Mars Company. 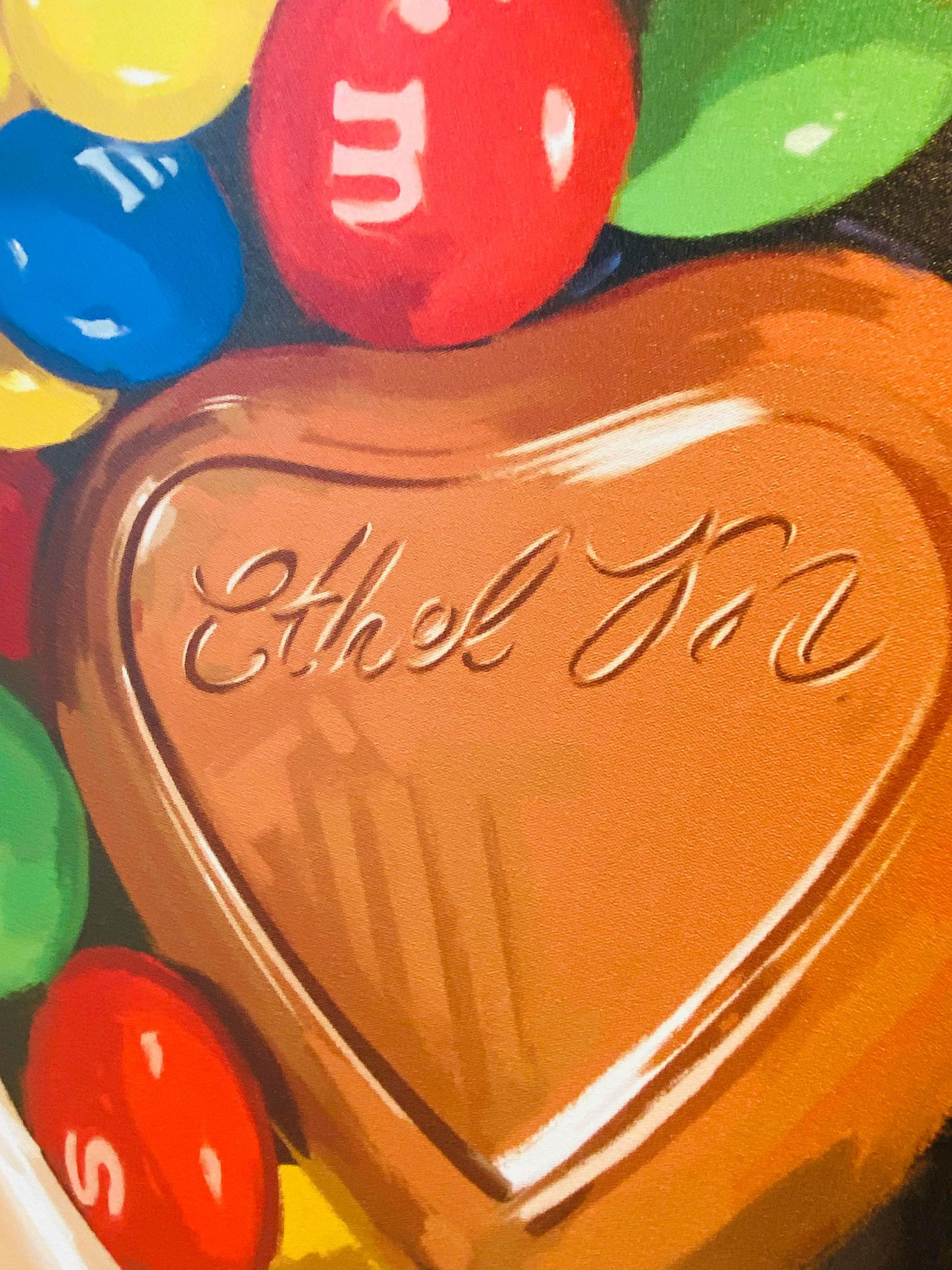 Below you can see the S and M distinguishing the fruity Skittles from the chocolate M&Ms. 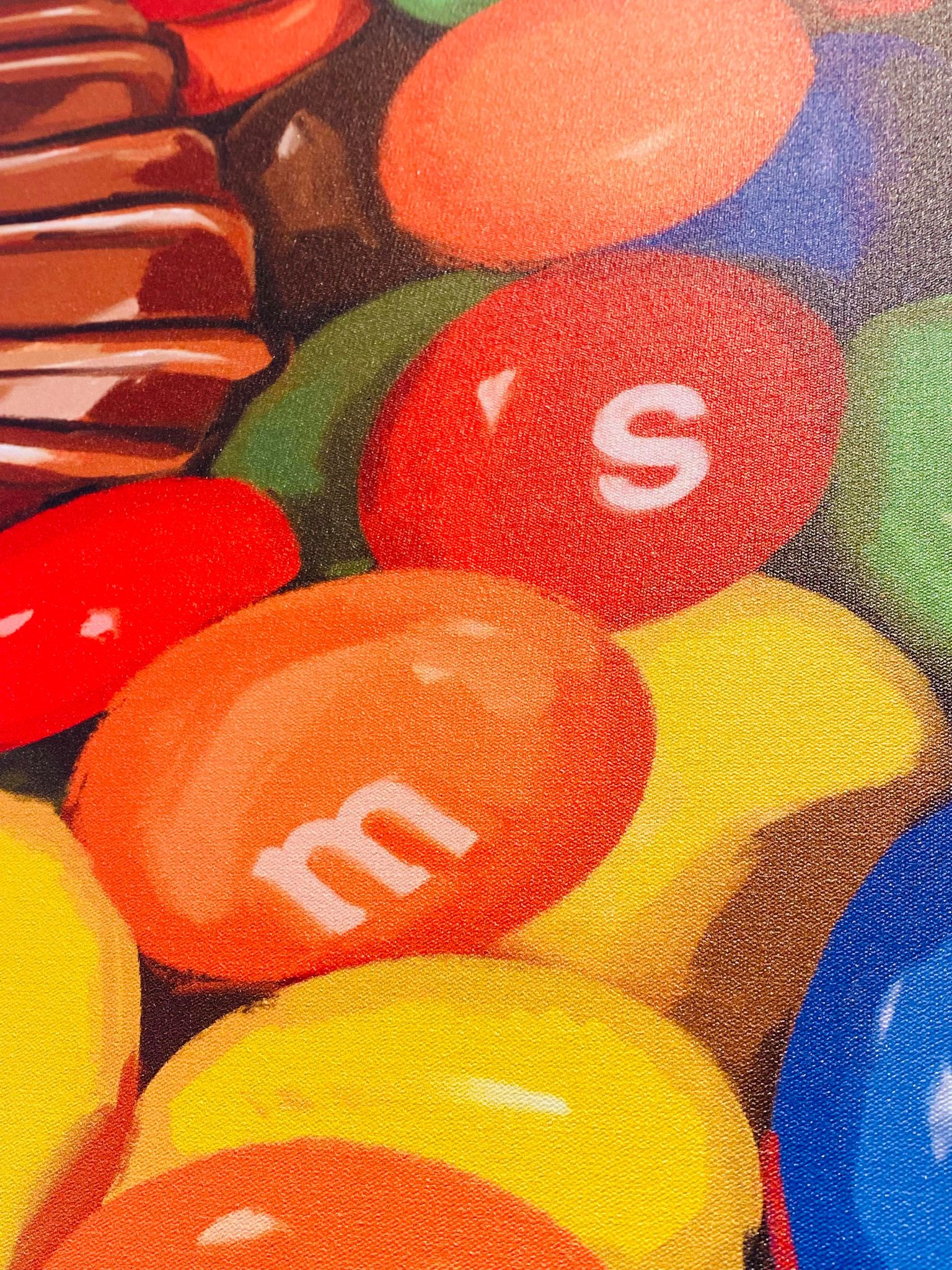 So if you’ll be heading over to Walt Disney World for it’s 50th Anniversary then be sure to stop into the confectionary not only to check out the new treats but also to smile for that selfie. 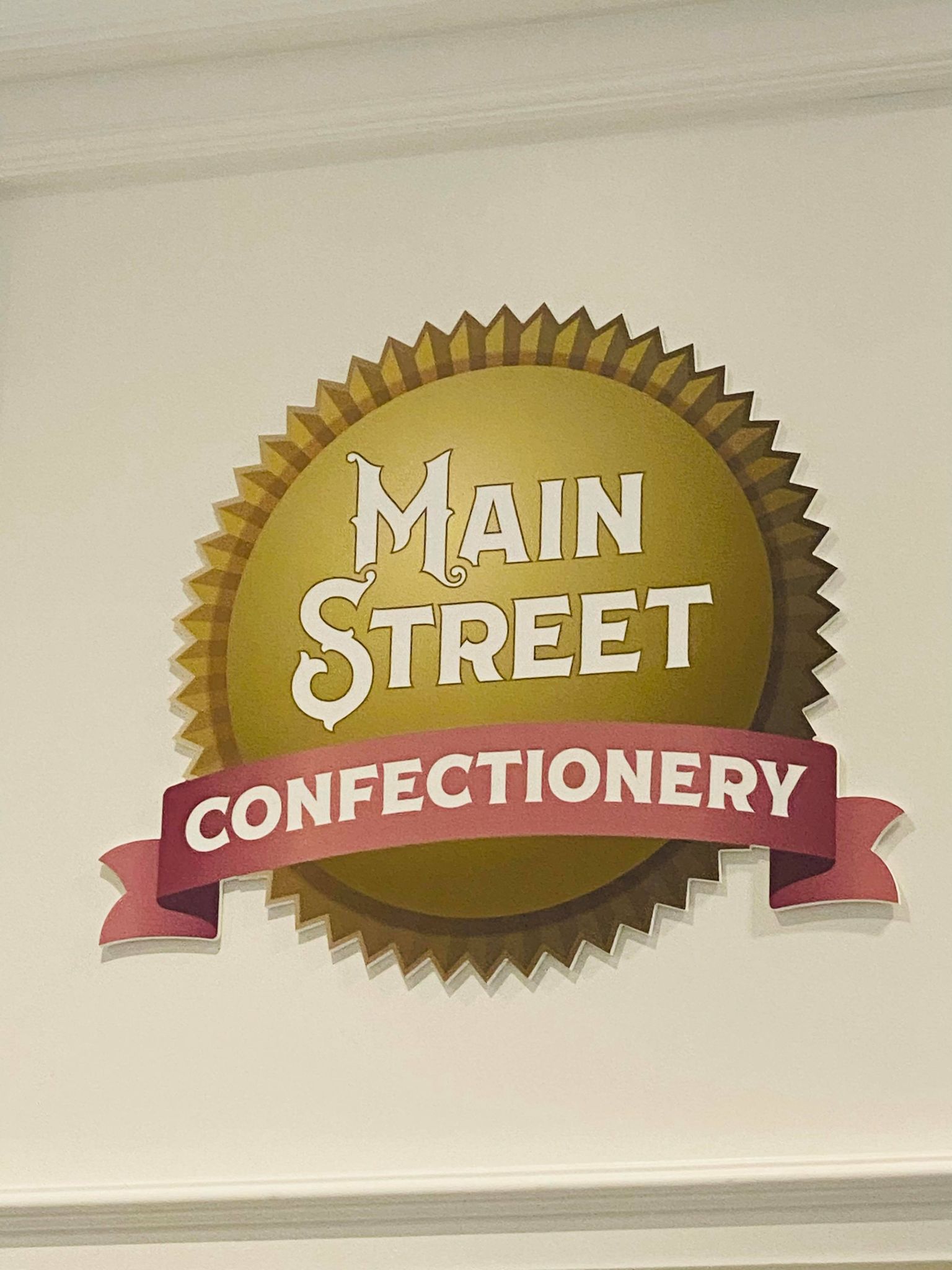 Readers are also encouraged to keep following along with MickeyBlog for even m ore Walt Disney World news and updates. 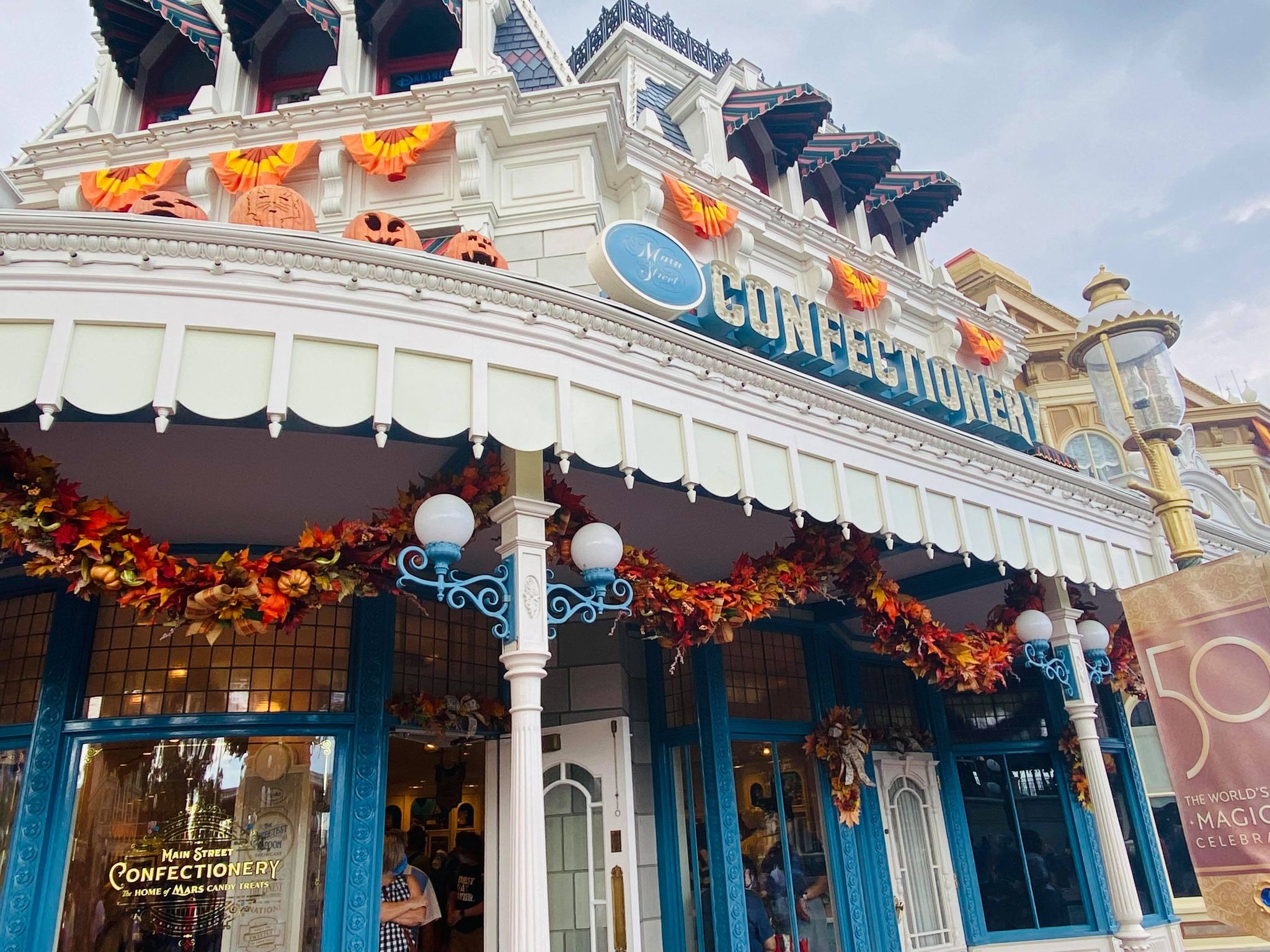 We’ll be coming to you LIVE! from the theme parks throughout Walt Disney World’s 50th Anniversary celebration which runs for an incredible 18 months!

Have you heard the news!? Walt Disney World packages are currently available through 2022!  Book your getaway with ME before the end of May of 2021 and I’ll throw in a Disney Gift Card!* Plus 1 lucky family will be picked each month to receive a special in-room delivery from Disney Floral & Gifts!  Simply fill out my form below to get your FREE, no obligation quote!