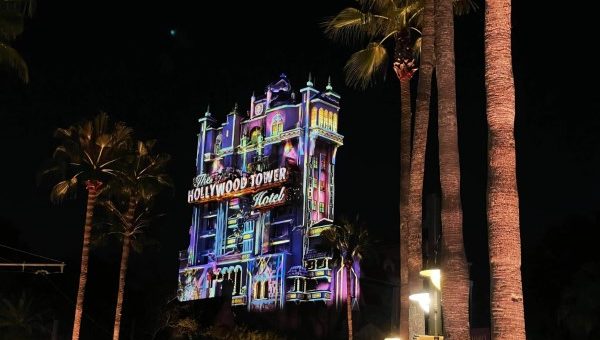 We are so excited to share with you another one of the Beacons of Magic that are an iconic part of Walt Disney World’s 50th Anniversary Celebration!  Let’s take a look as the Tower of Terror comes alive as Hollywood Studios Beacons of Magic! 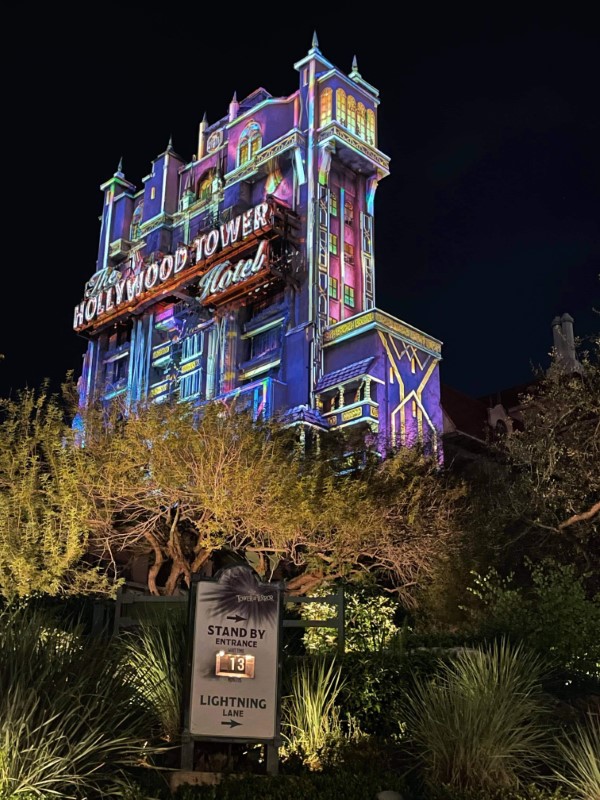 The Hollywood Tower Hotel is home to one of Hollywood Studio’s most popular attractions, The Tower of Terror.  The Tower of Terror was an opening attraction for the park and guests reminisce about their own first times riding it while enjoying it with their children (and grandchildren!)  The Hollywood Tower Hotel is a fitting choice for a Beacon of Magic as it draws guests in to share their Disney memories!

We love to see The Hollywood Tower hotel shining and shimmering!  The neon coloring make it pop and the animation is frivolous and fun.  Can you spot a couple dancing in the window on the right hand side?  The Hotel literally comes alive!

The Hollywood Studios Beacons of Magic will be shown nightly after dusk running approximately every 15 minutes.  You will be able to see it from anywhere on Sunset Boulevard, but for the best spot head all the way down close to the Tower of Terror attraction entrance! 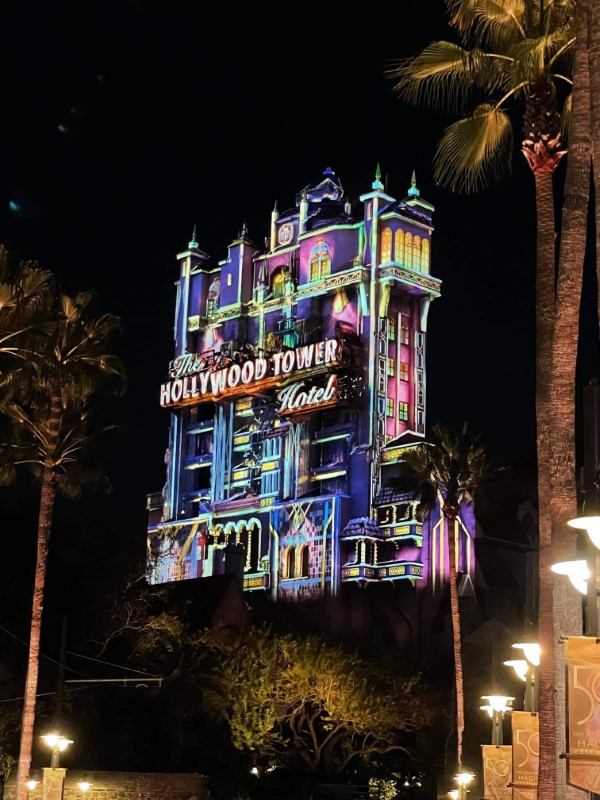 Be sure to check out MickeyBlog’s photos and video of all the Beacons of Magic around Walt Disney World!