It’s a good day to be at the Magic Kingdom! Walt Disney World’s official 50th Anniversary celebration may not officially kick off until Friday but the party is already getting started. 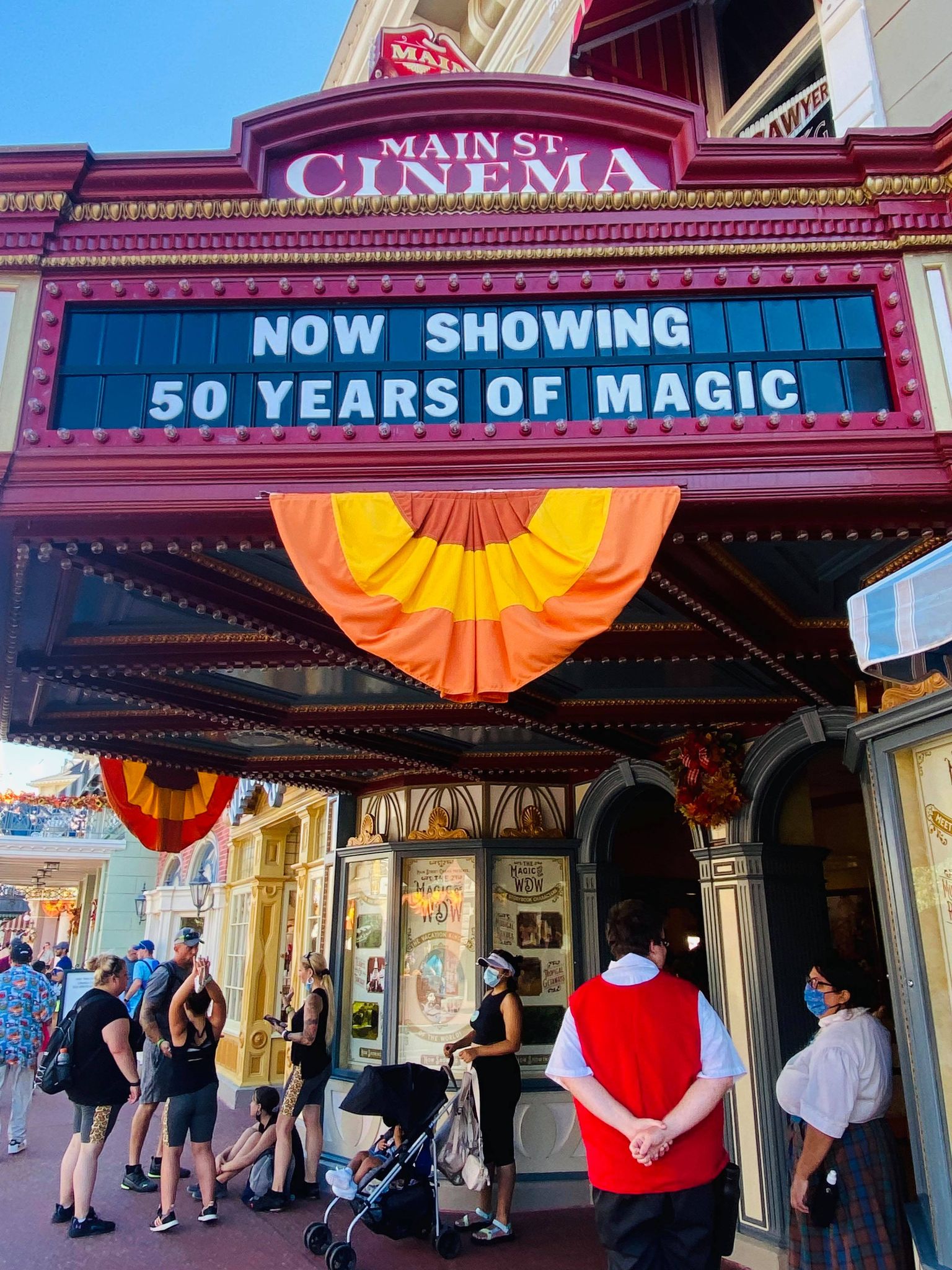 As we mentioned earlier in the week, with the Main Street Confectionary now open, the snacks being sold at Main Street Cinema were emptied out and NOW it is home to some pretty awesome 50th Anniversary merchandise. 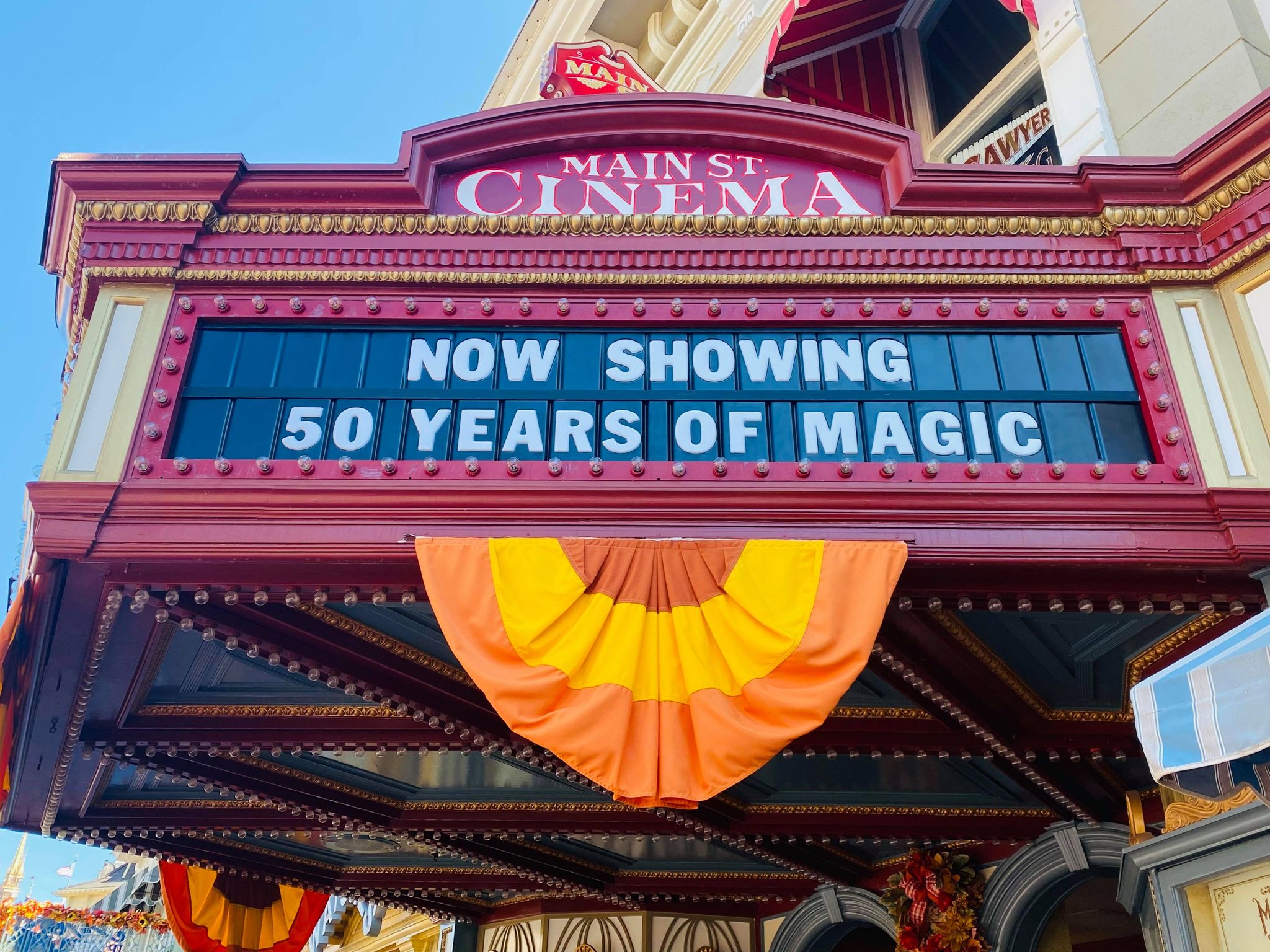 The marquee to the cinema has been changed and now reads ” Now Showing: 50 years of Magic.” 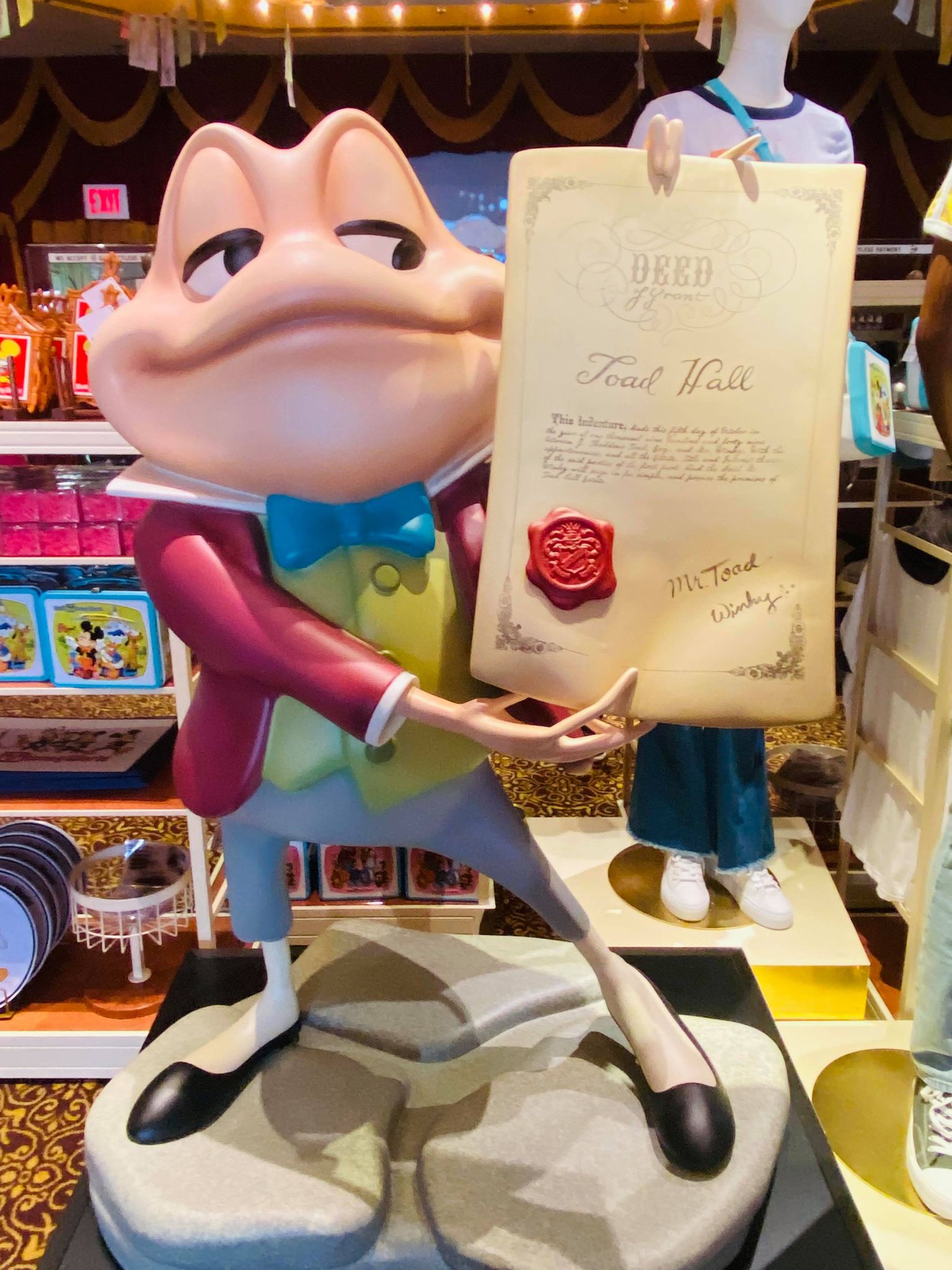 Inside guests are immediately greeted by the Mr. Toad figure from Mr. Toads Wild Ride, an original Magic Kingdom attraction that is no longer at the park. 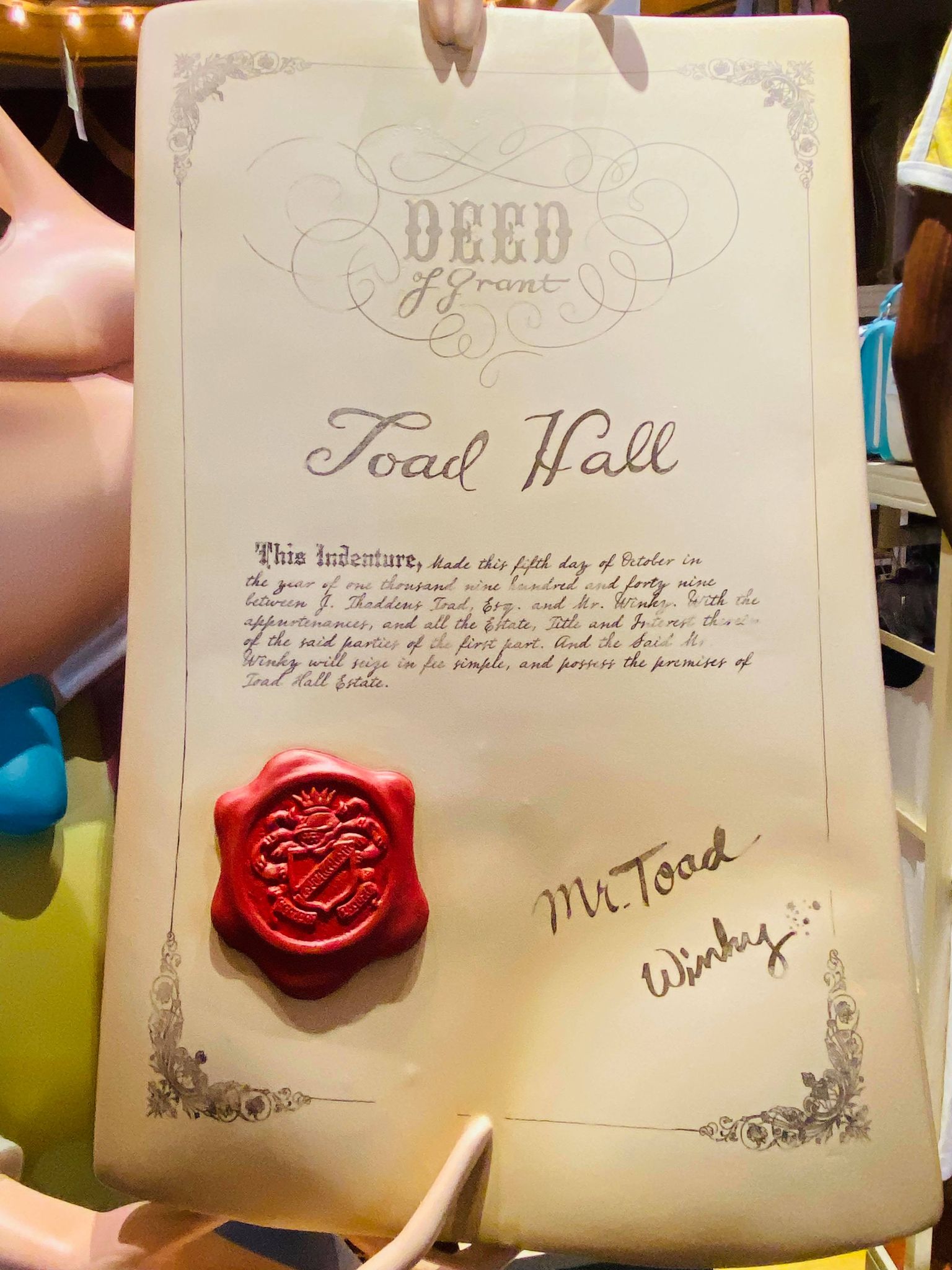 Seeing Toad holding up the deed to Toad Hall really took us back in time and gave us the warm fuzzies! 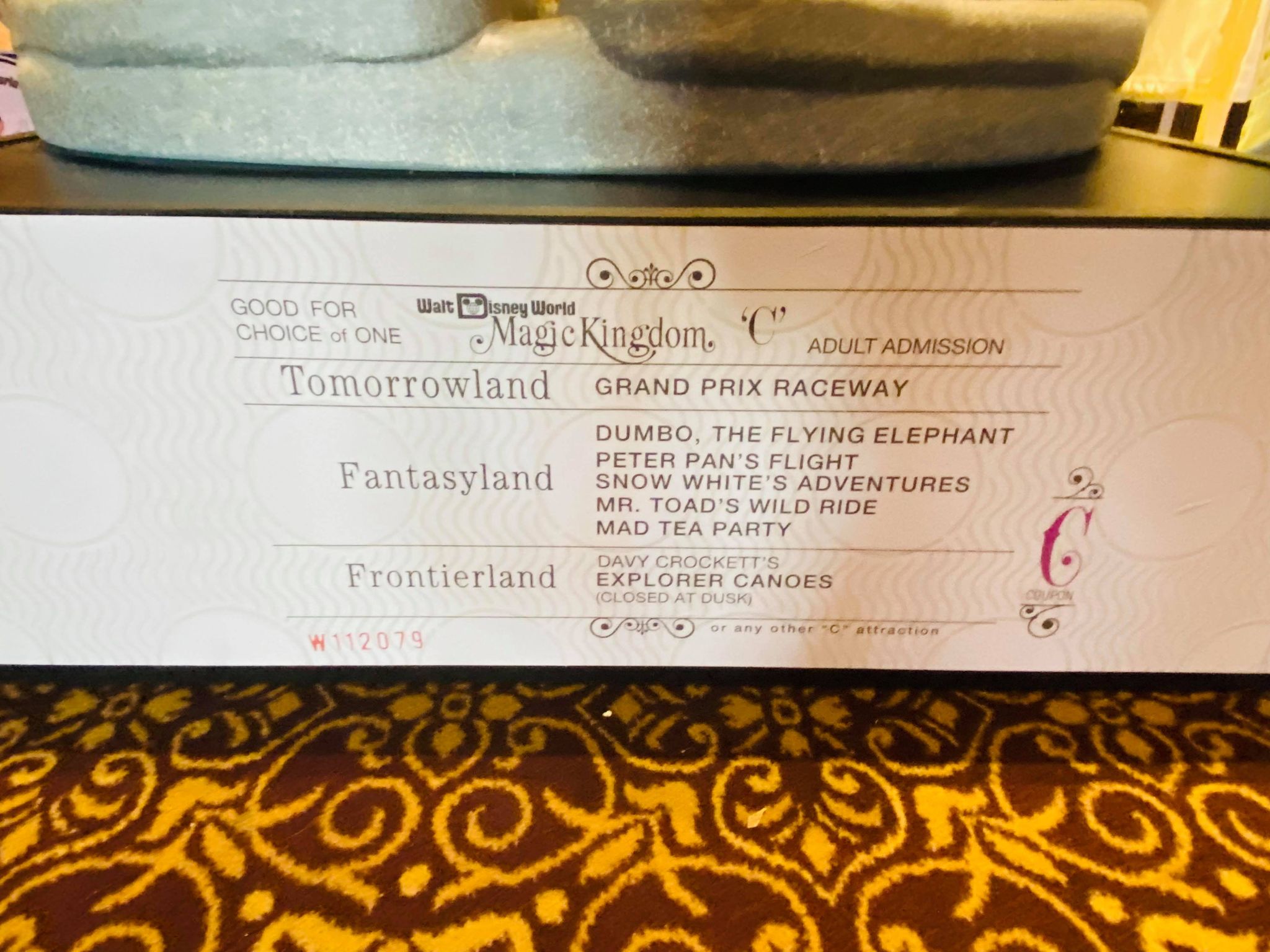 If you look closely, you’ll notice that Mr. Toad stands atop a recreation of a vintage Disney World ticket! 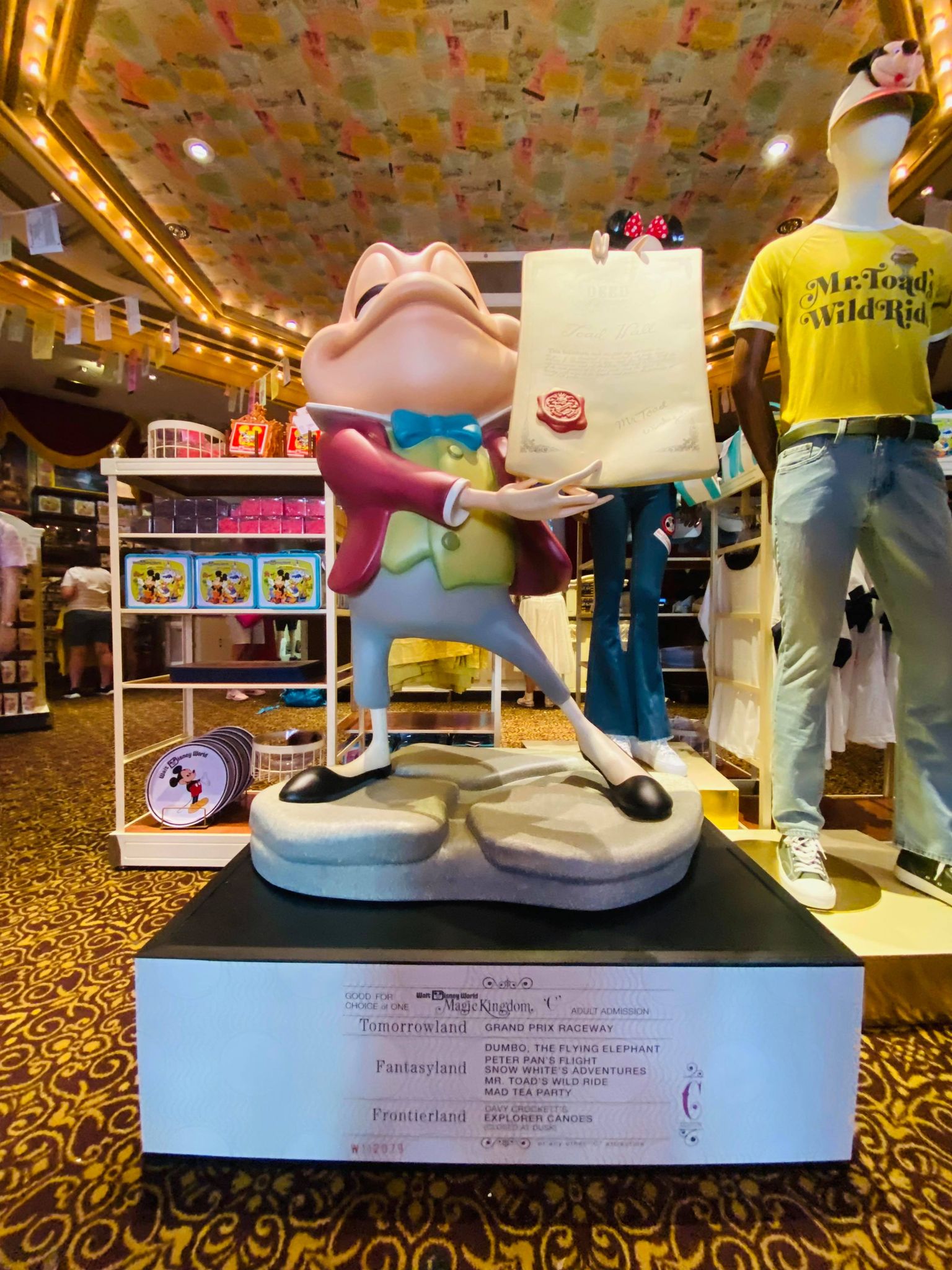 And speaking of retro tickets… 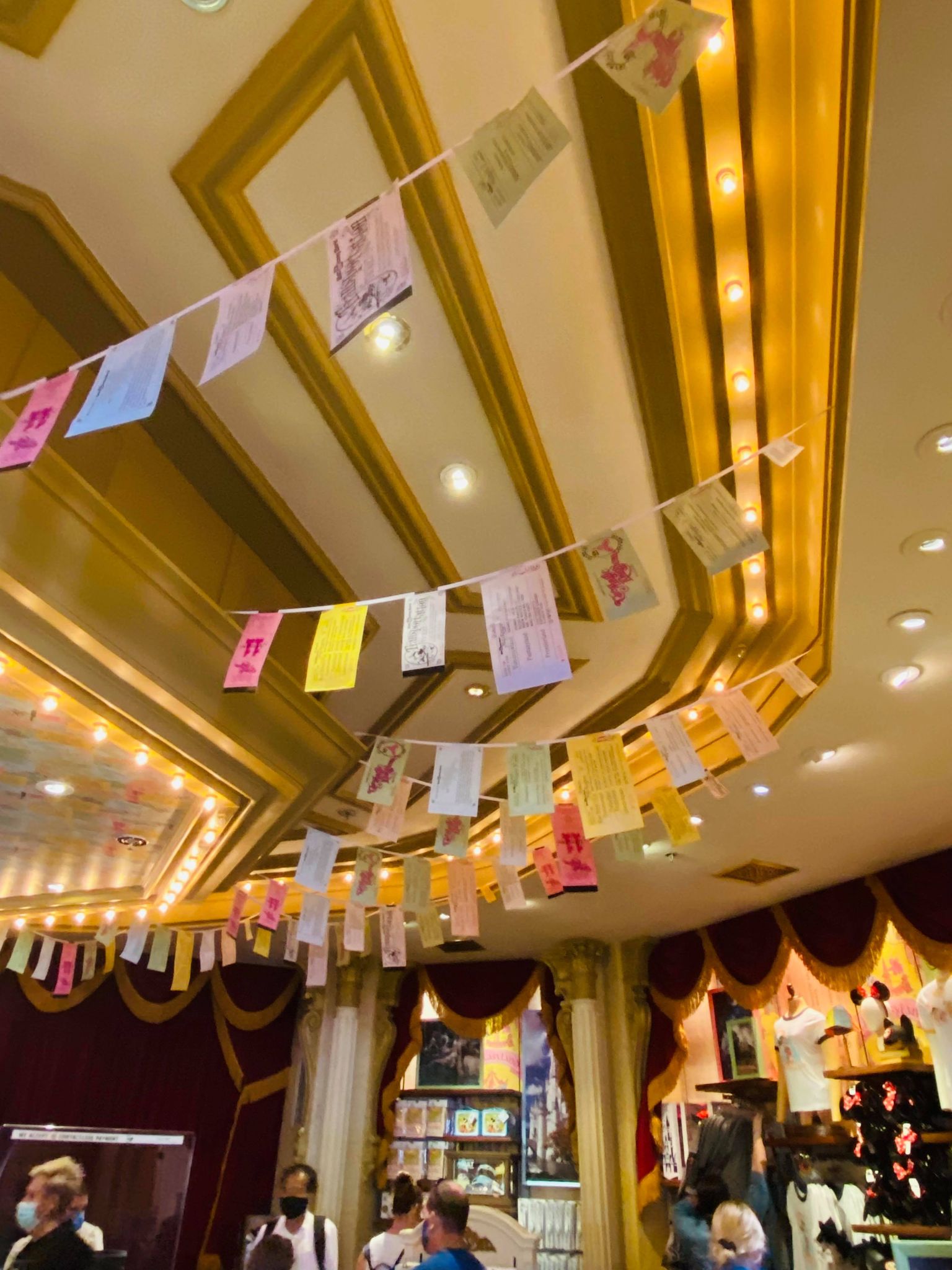 Strewn from the ceiling are replicas of Walt Disney World theme park admission tickets from over the years. This was such a nice touch. 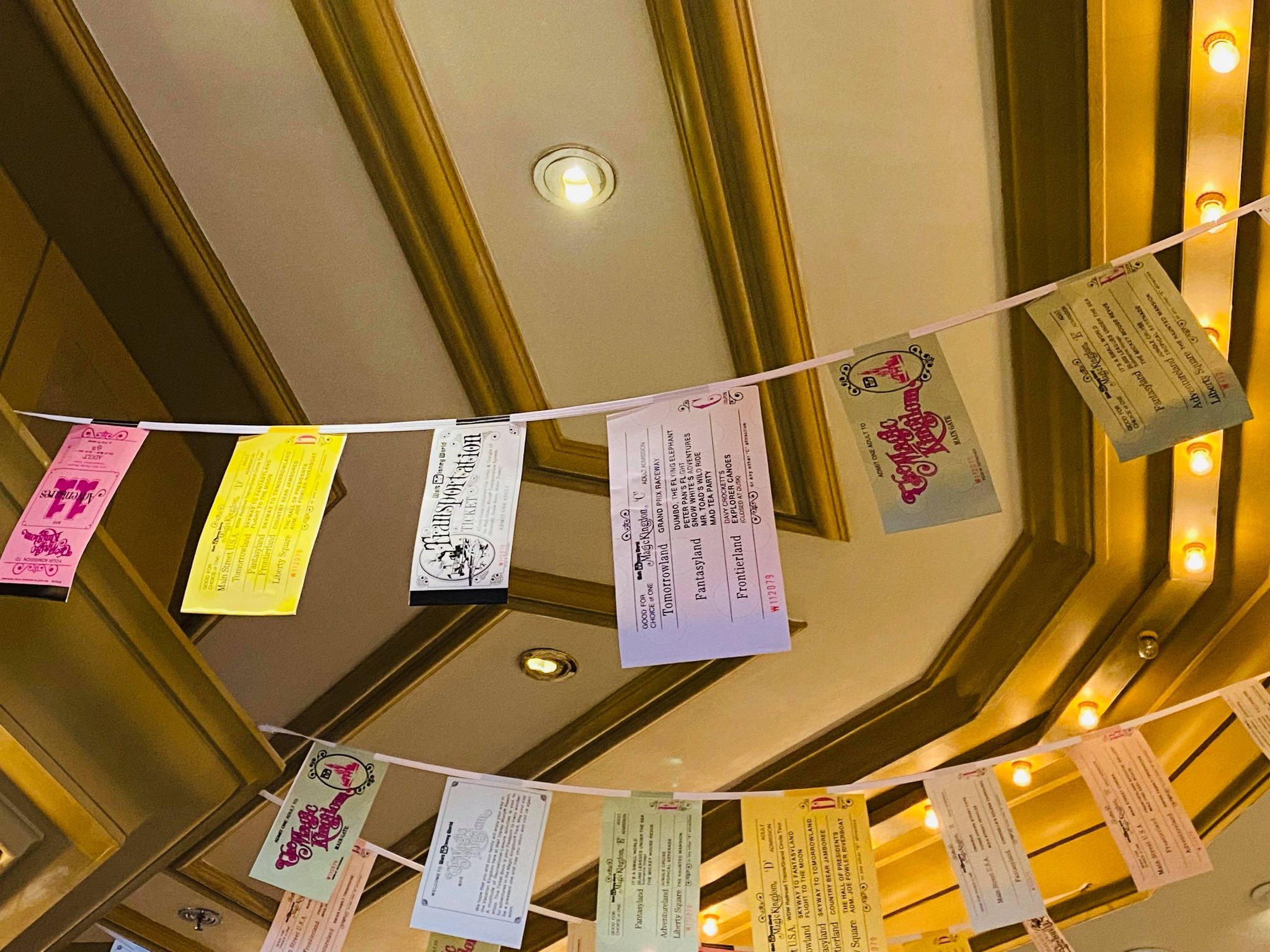 Do you remember the days of paper tickets!? I sure do! 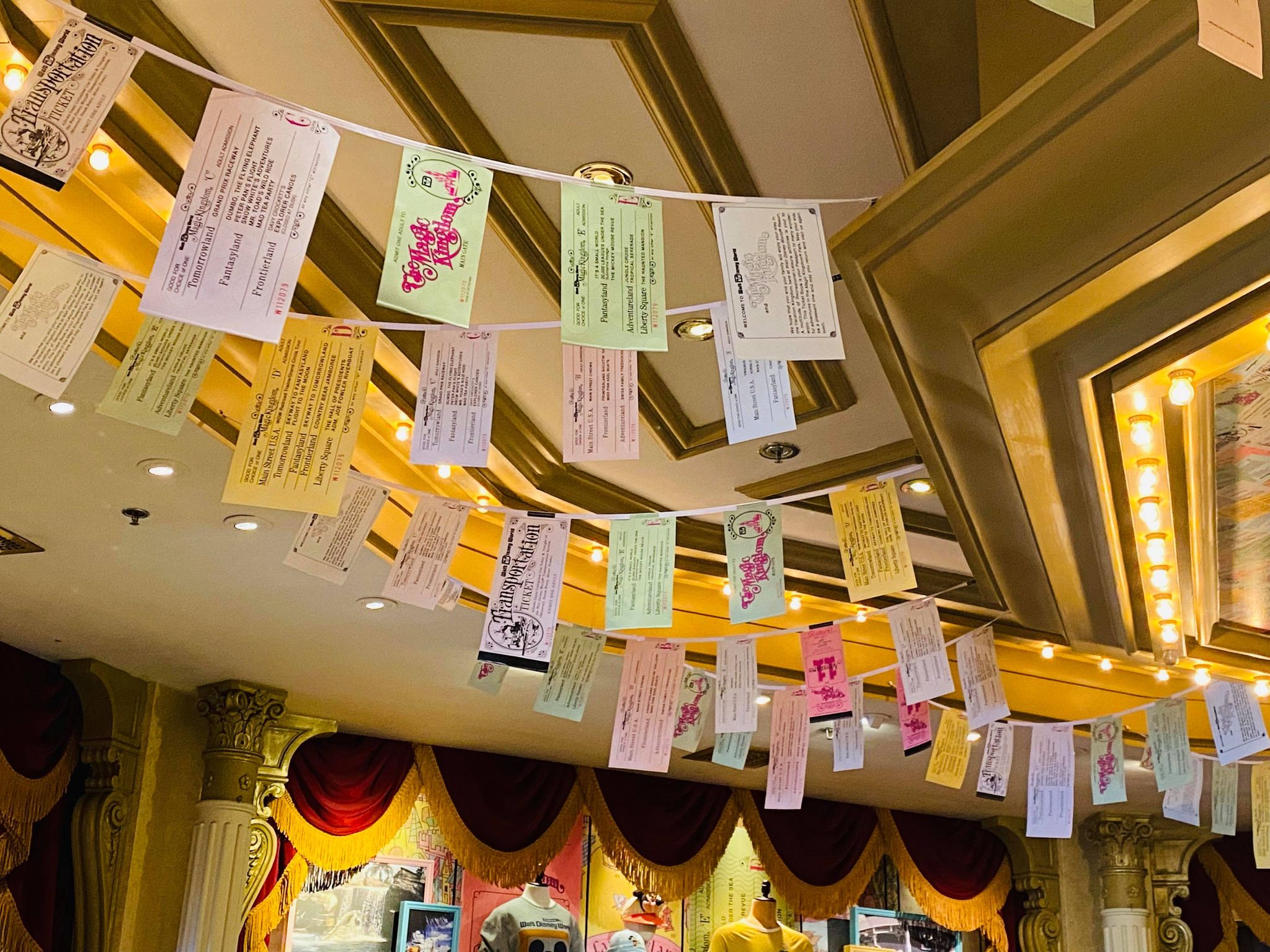 If you’ll look closely you’ll see classics like the Transportation ticket, old school ride tickets and so much more! 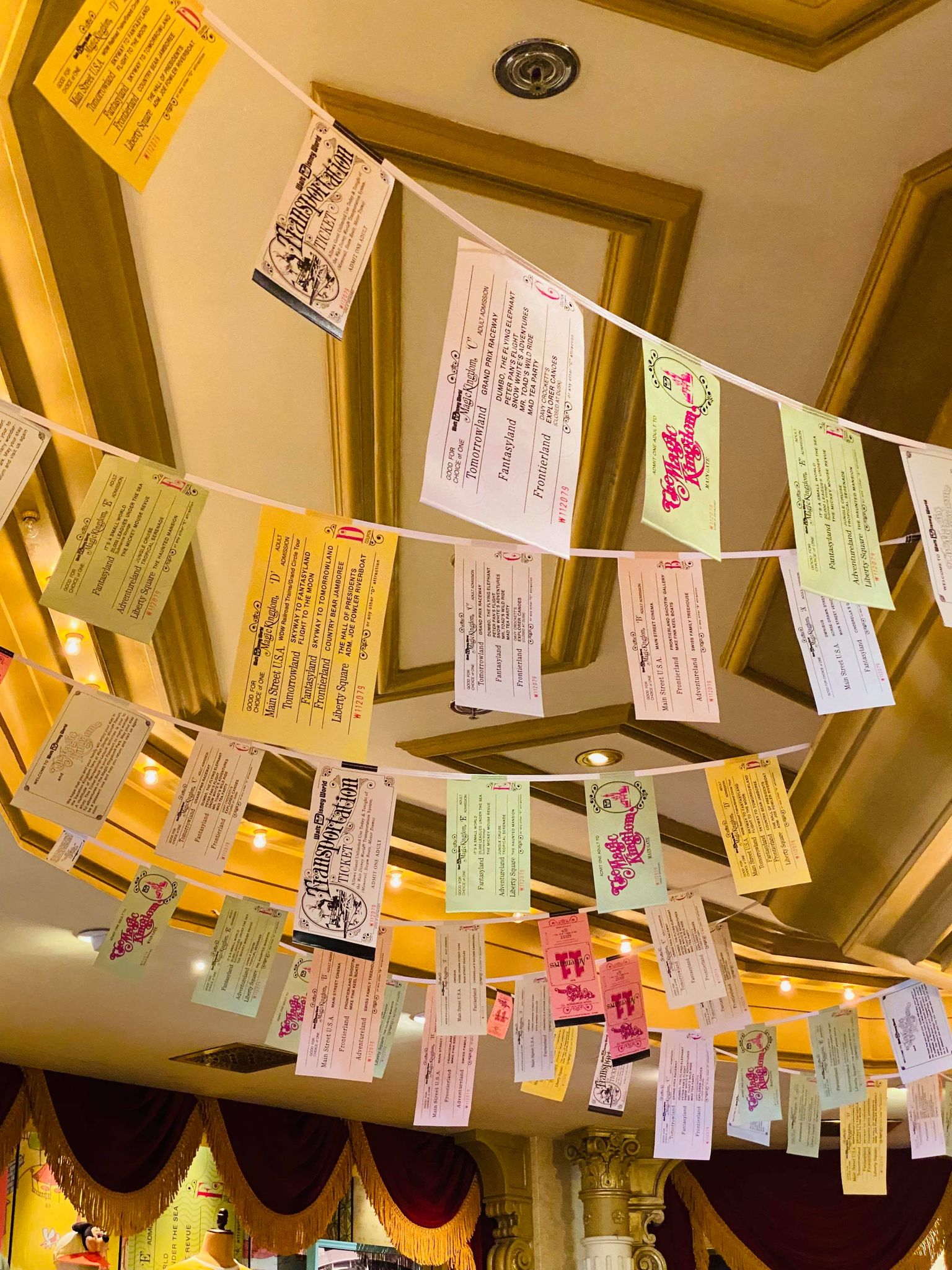 The cinema is now the home to Disney’s Vault Collection.  This special 50th Anniversary Collection looks back and recreates merchandise from 5 decades of Disney! 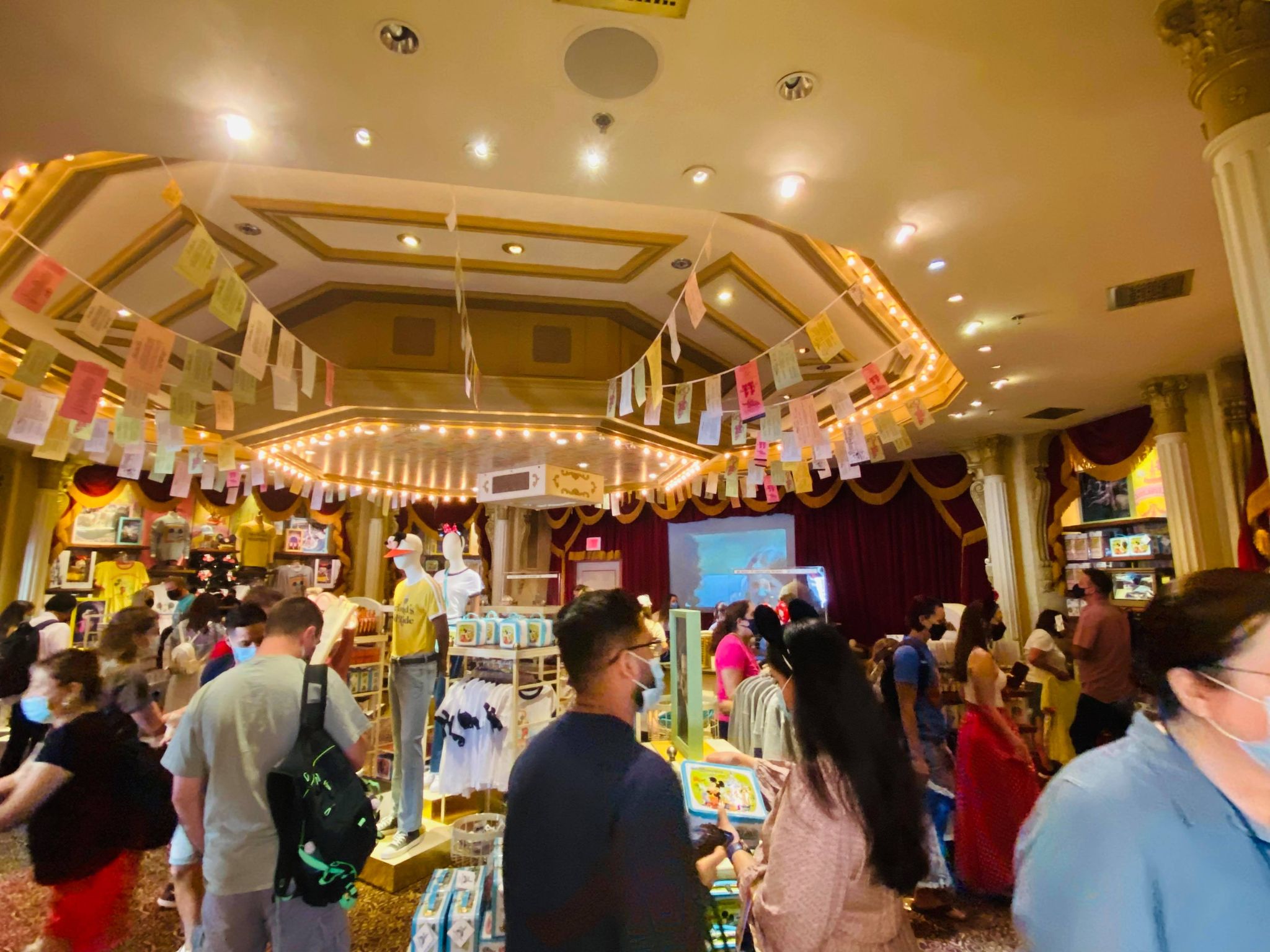 During our visit, the shop was bustling. 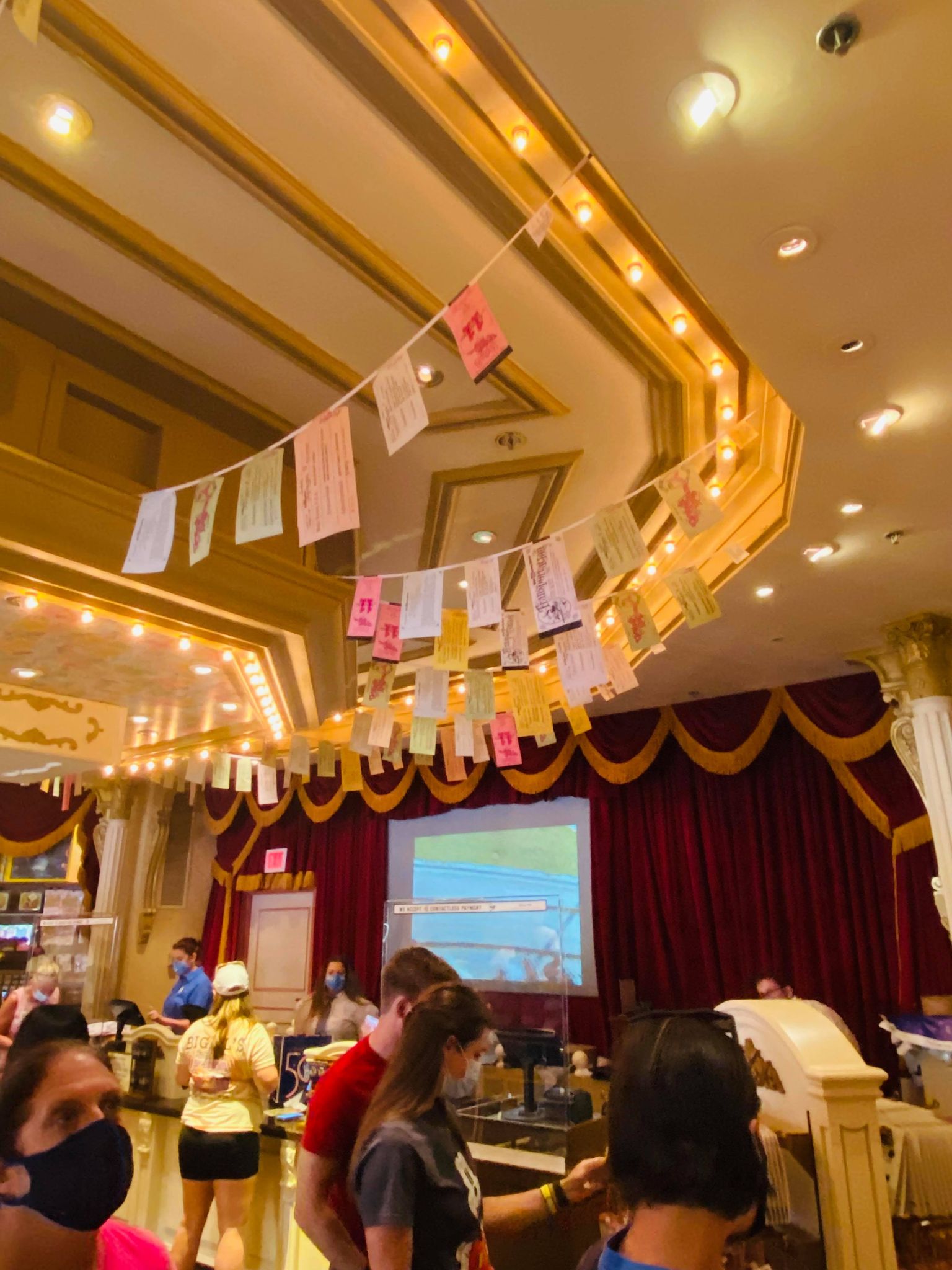 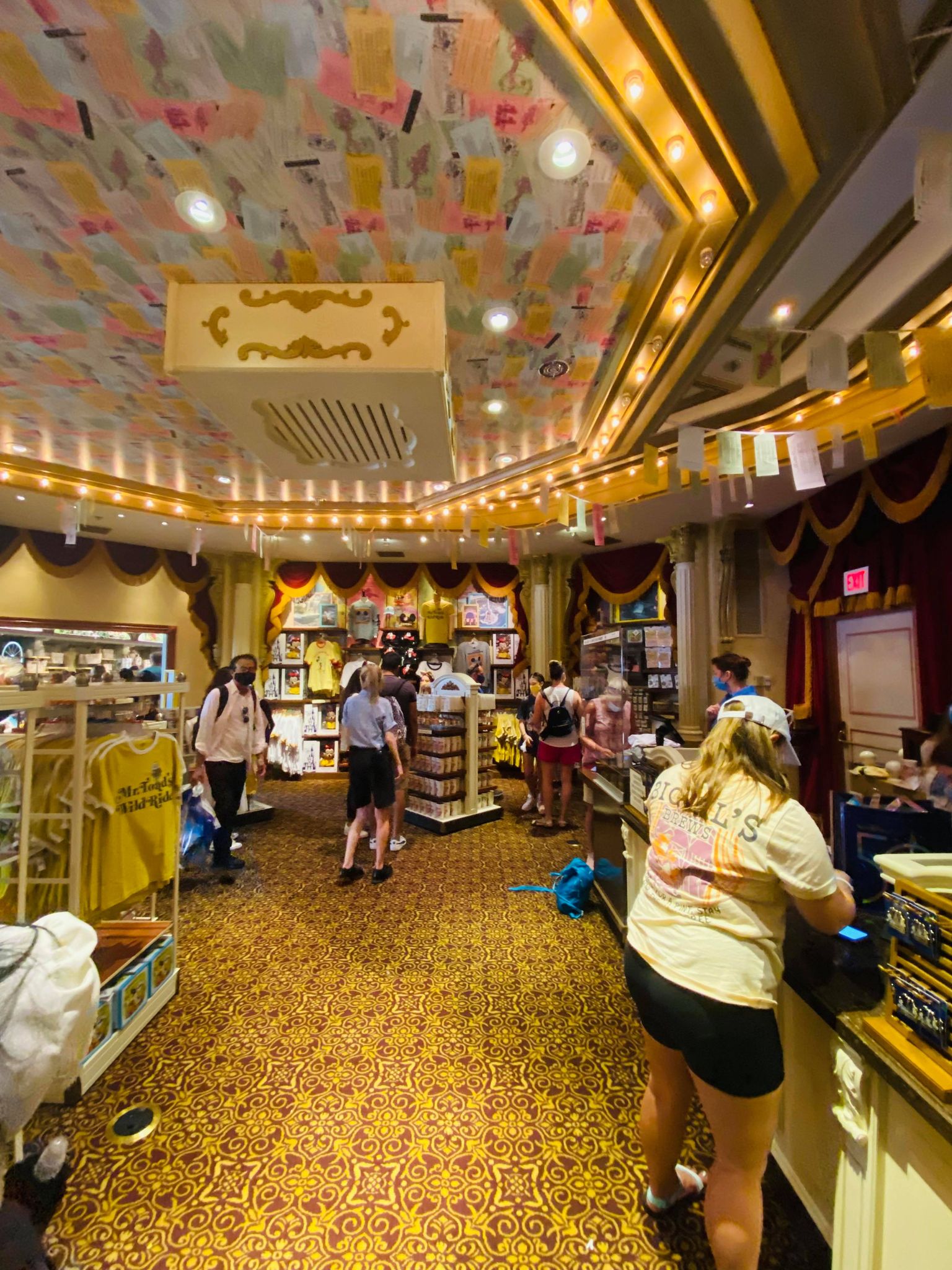 This is a great spot to stop for merchandise with that retro Disney World feel.  It was also noticeably less crowded than some of the other Main Street shops like Emporium. 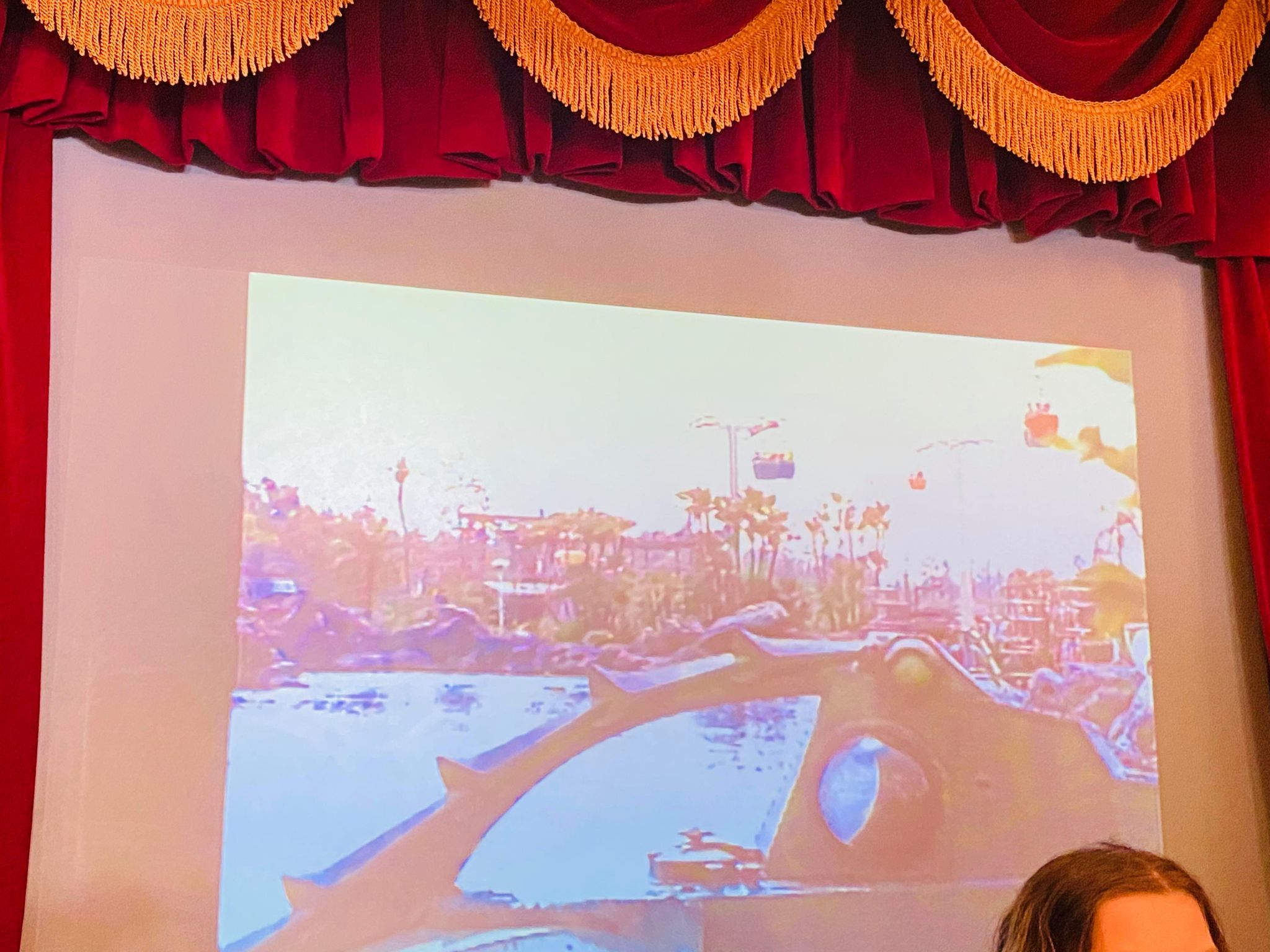 Above you can see some retro footage of 10,000 Leagues Under the Sea, another Disney World Original attractions that is no longer with us. And who remembers the Skyway!? 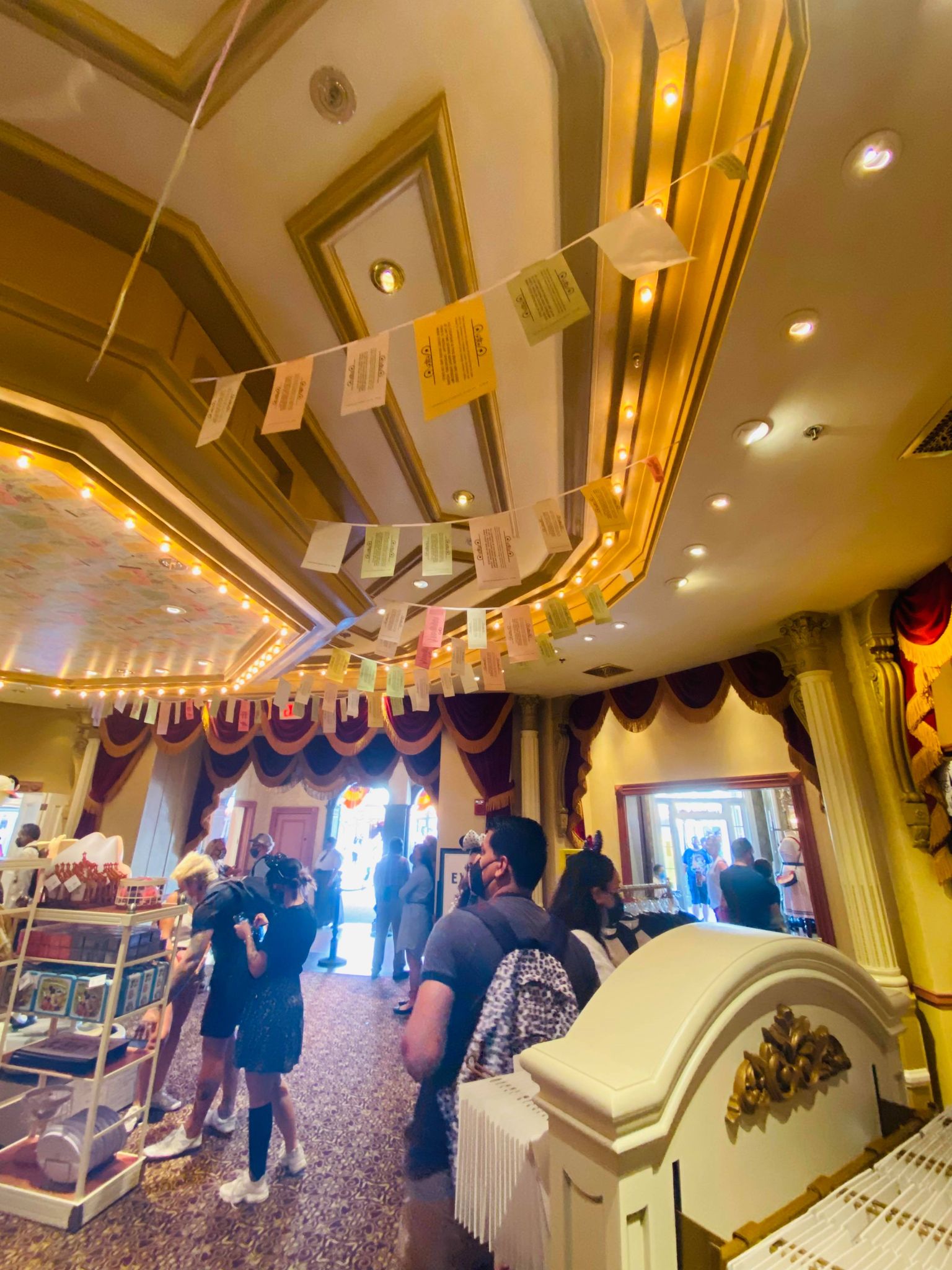 For those that may have missed it, you can check out our overview of the Vault Collection here. 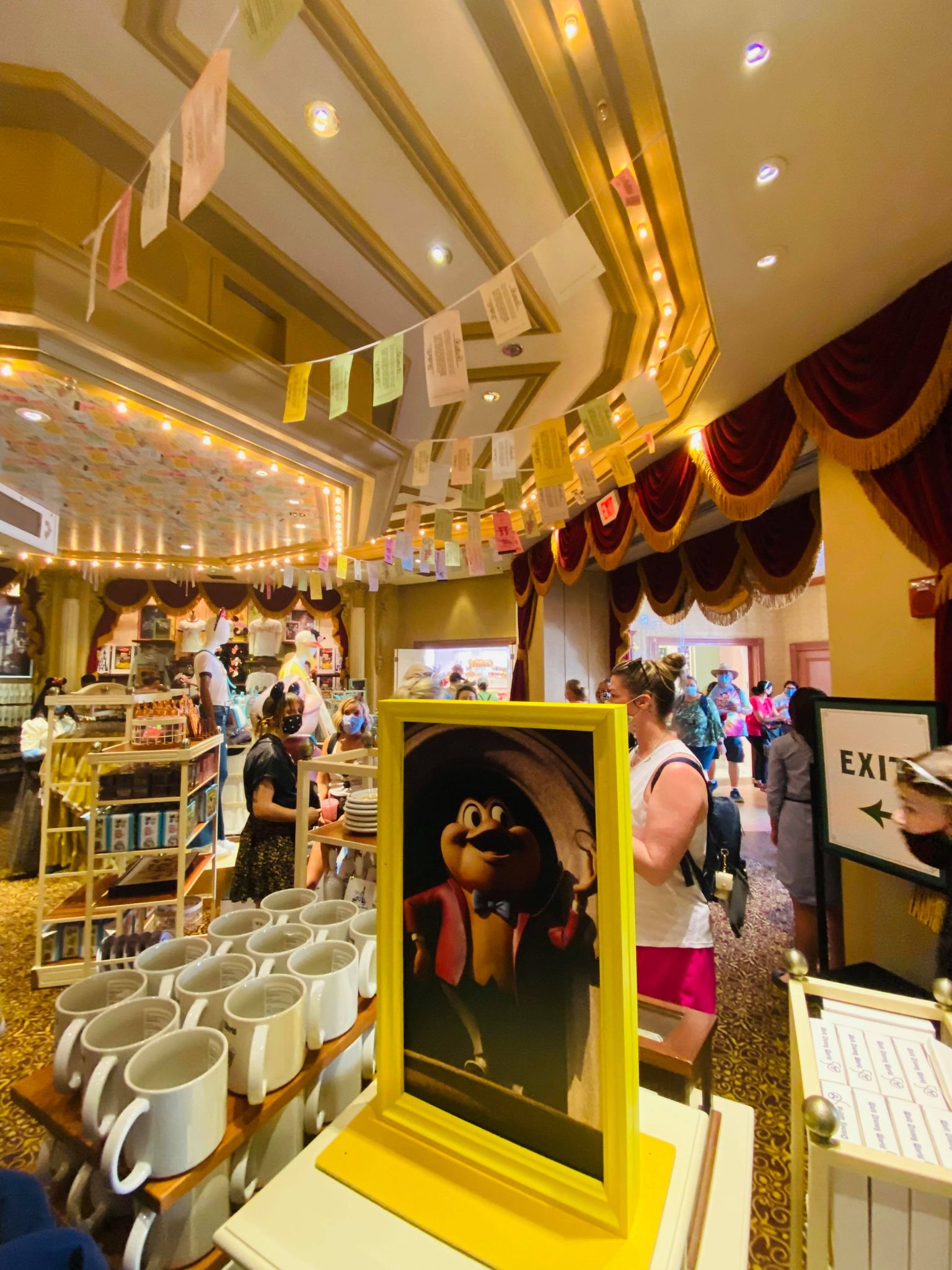 One of my favorite things about this collection is that there is an awesome array of merch inspired by Mr. Toad’s Wild Ride.  You’ll find t-shirts, mugs and more! 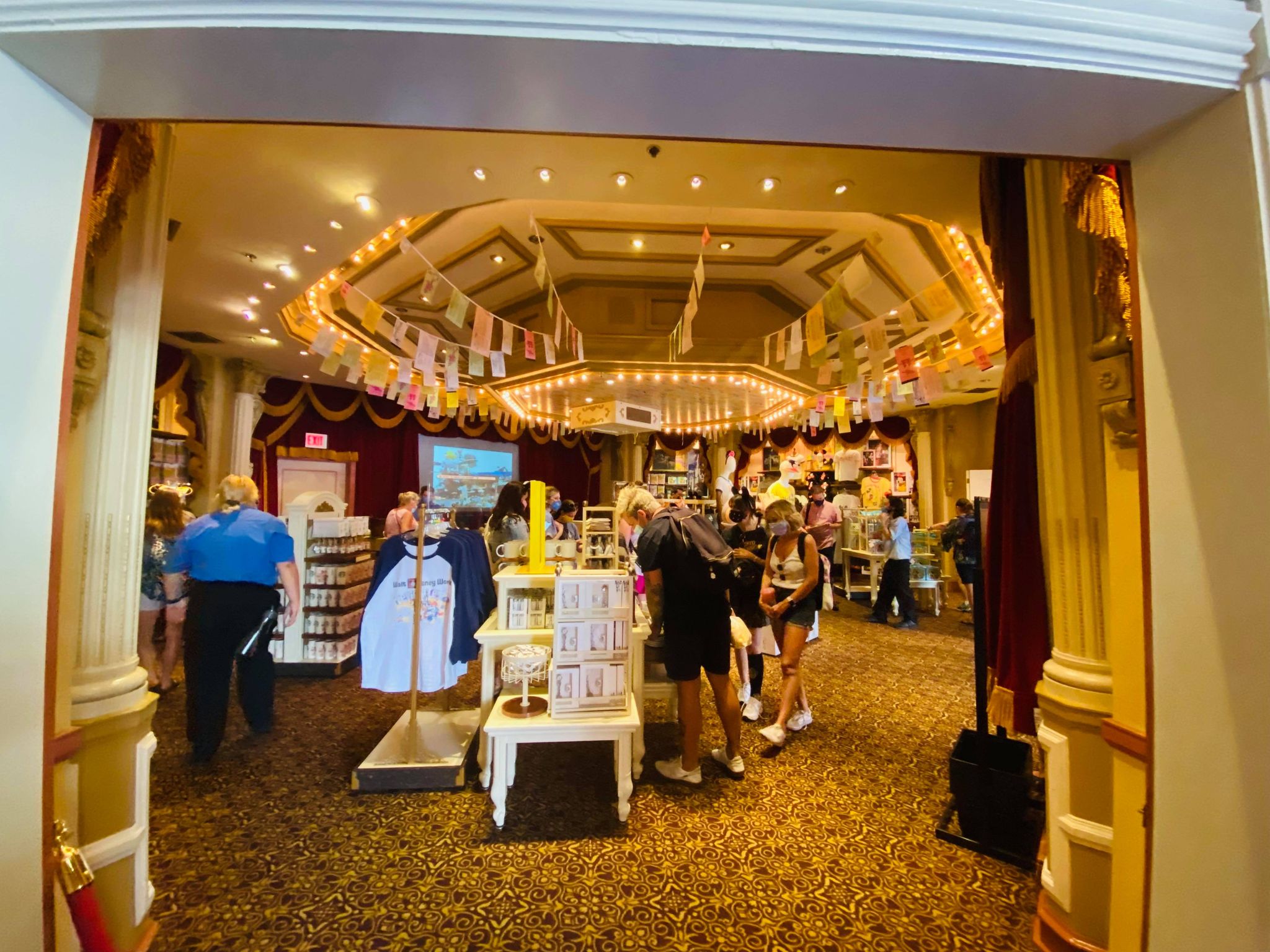 The collection includes a nice array of apparel, housewares, accessories and more! 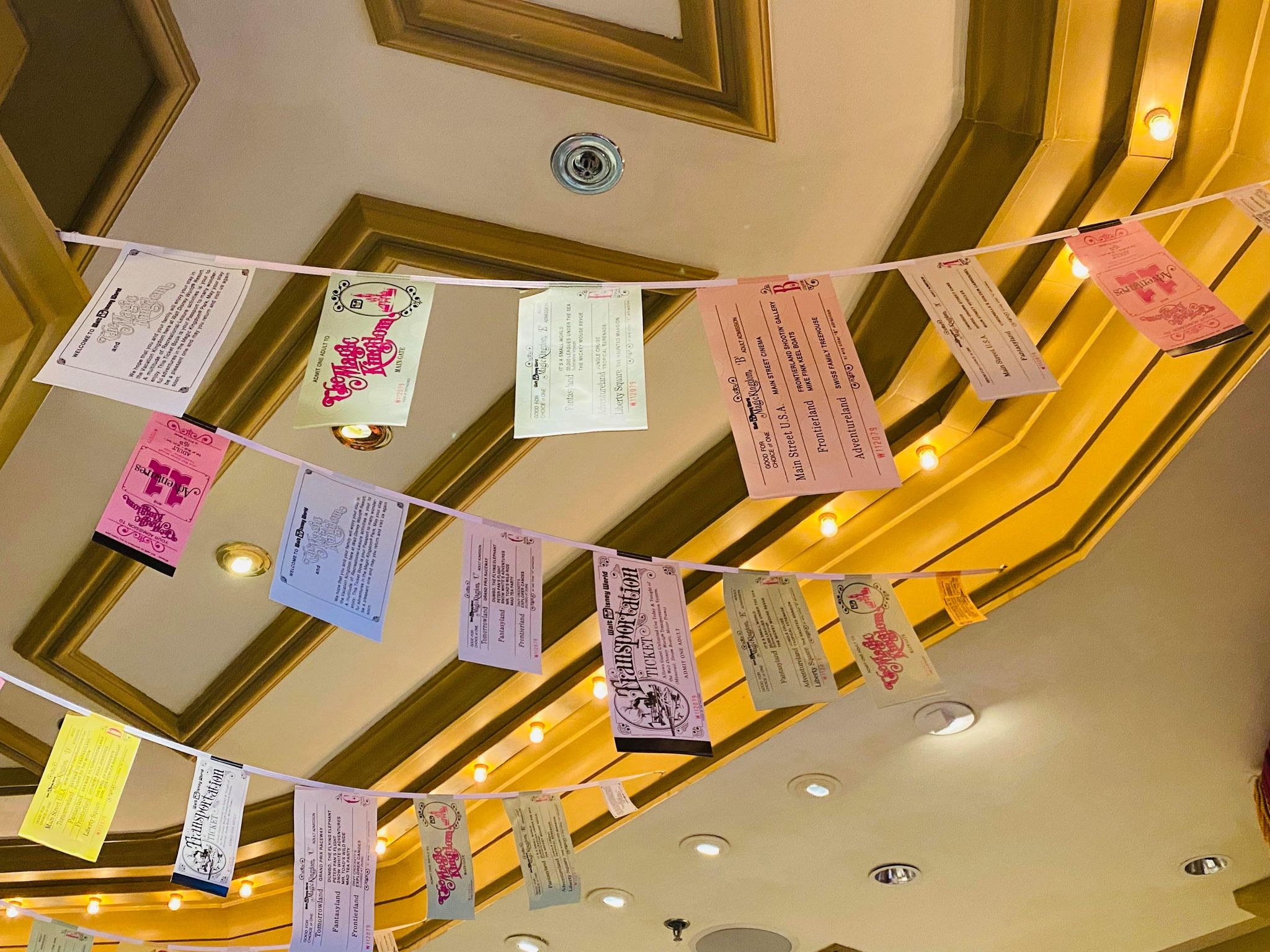 Some of the displays feature images taken from Disney over the years like this one featuring Mickey! 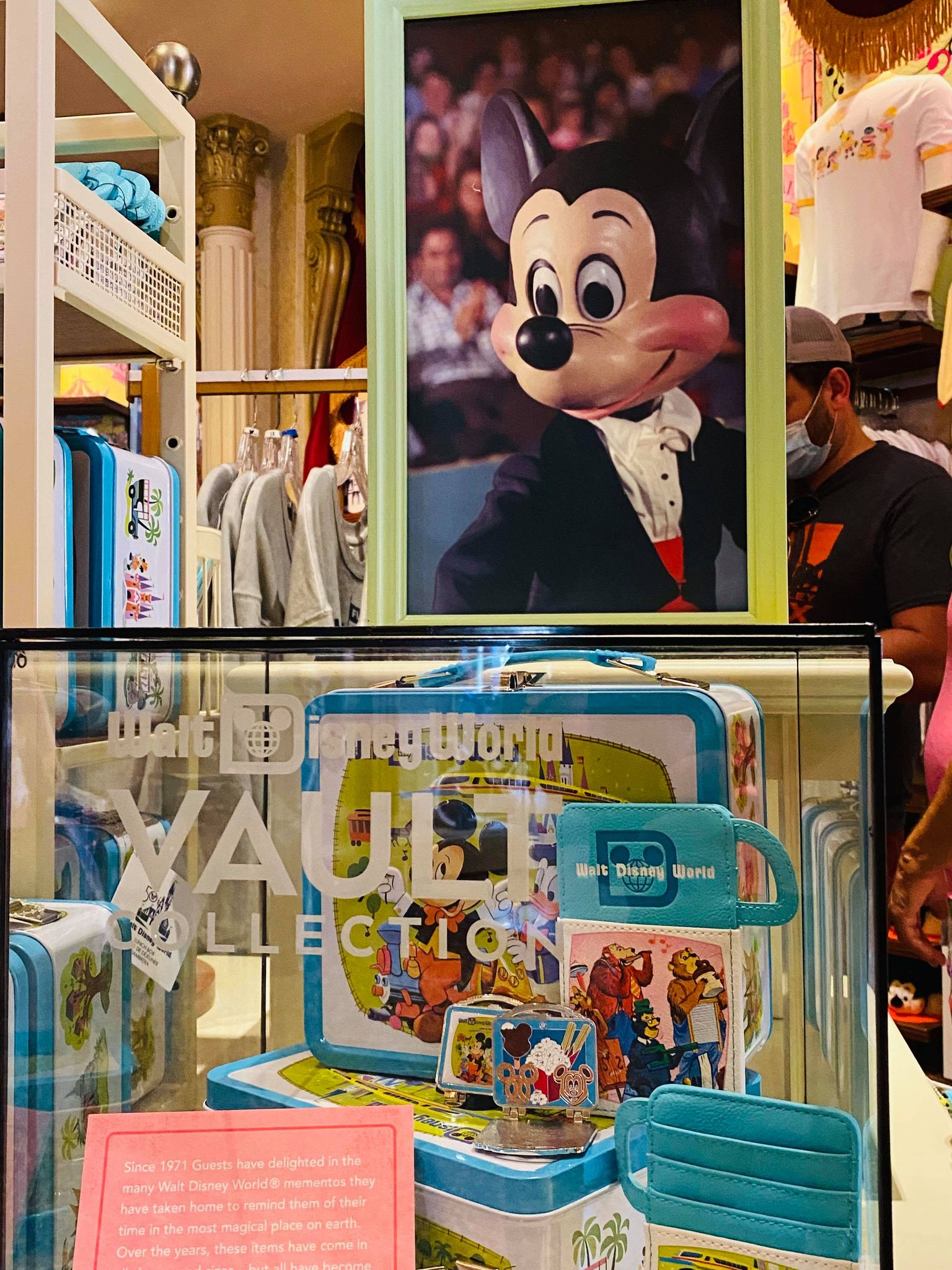 In the glass case above you can also get a look at some of the awesome 50th Anniversary items. This includes a Loungefly bag, cardholder, pin collection and more! Our favorite thing about the Loungefly bag is that it features our favorite friends from Country Bear Jamboree. 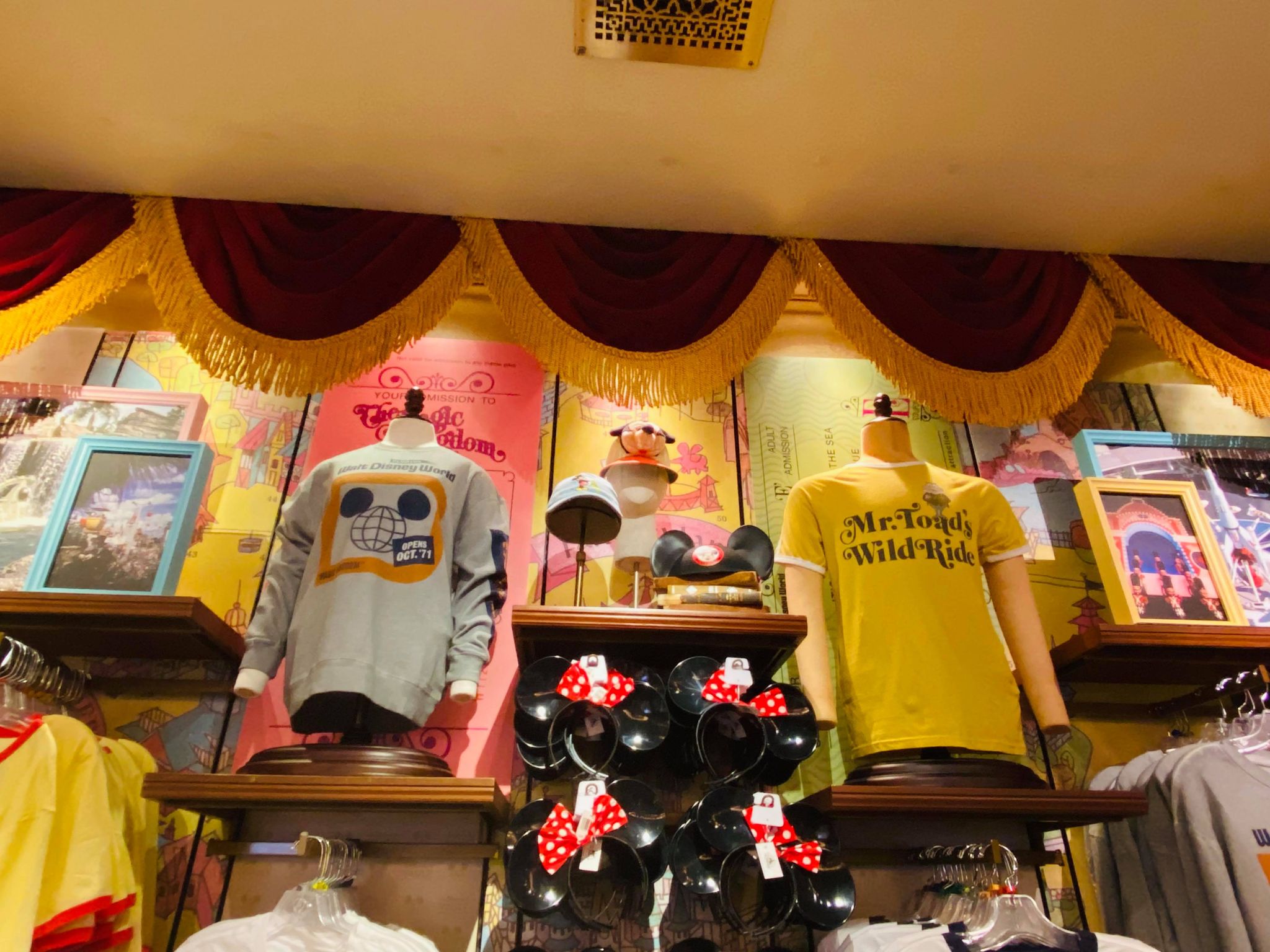 Above, is a closer look at the apparel and accessories found at the shop. This includes t-shirts, retro-looking Minnie ears and a yellow Mr. Toad’s Wild Ride t-shirt. 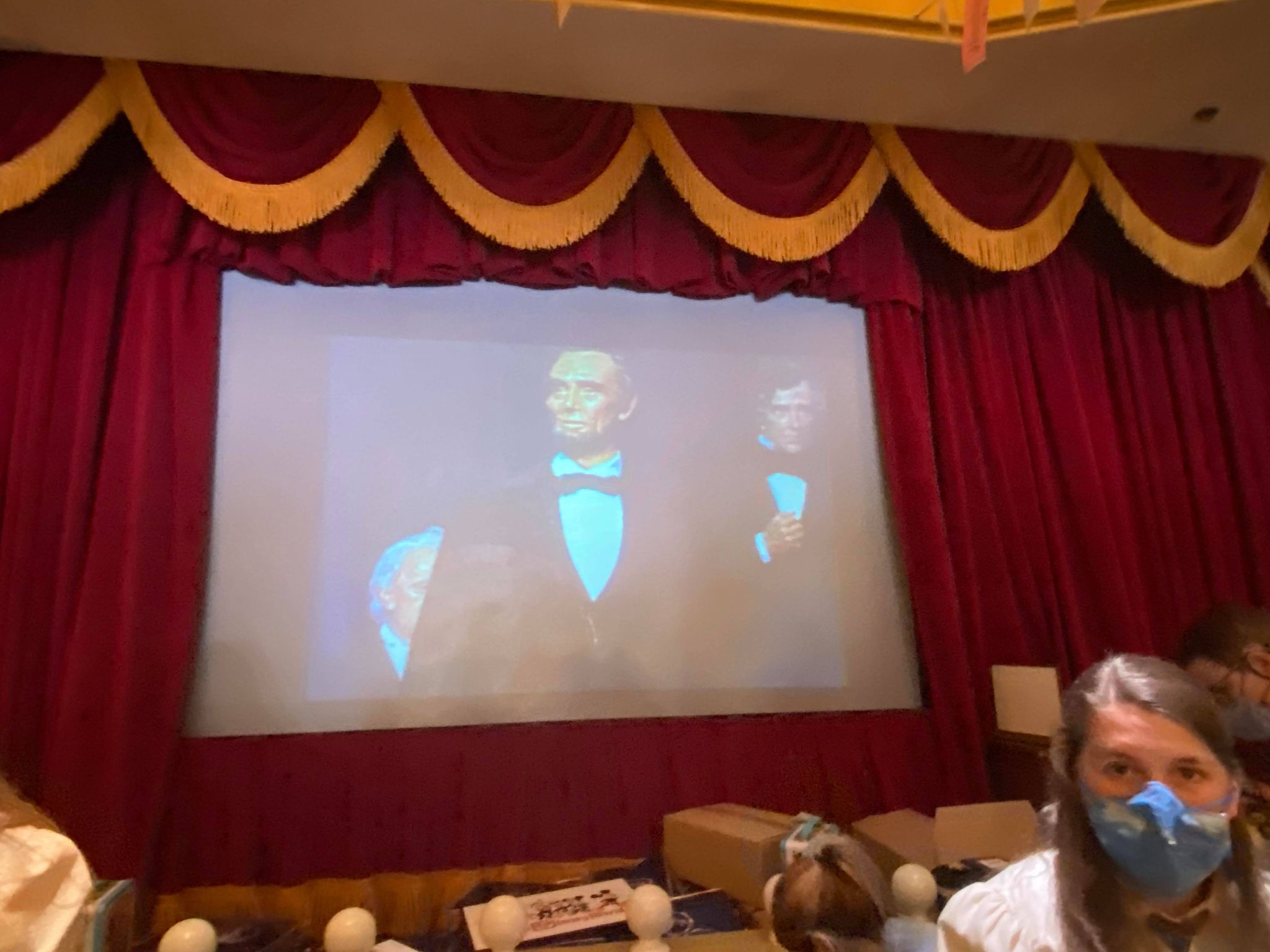 During our trip to the cashier, footage of Hall of Presidents was playing in the background. 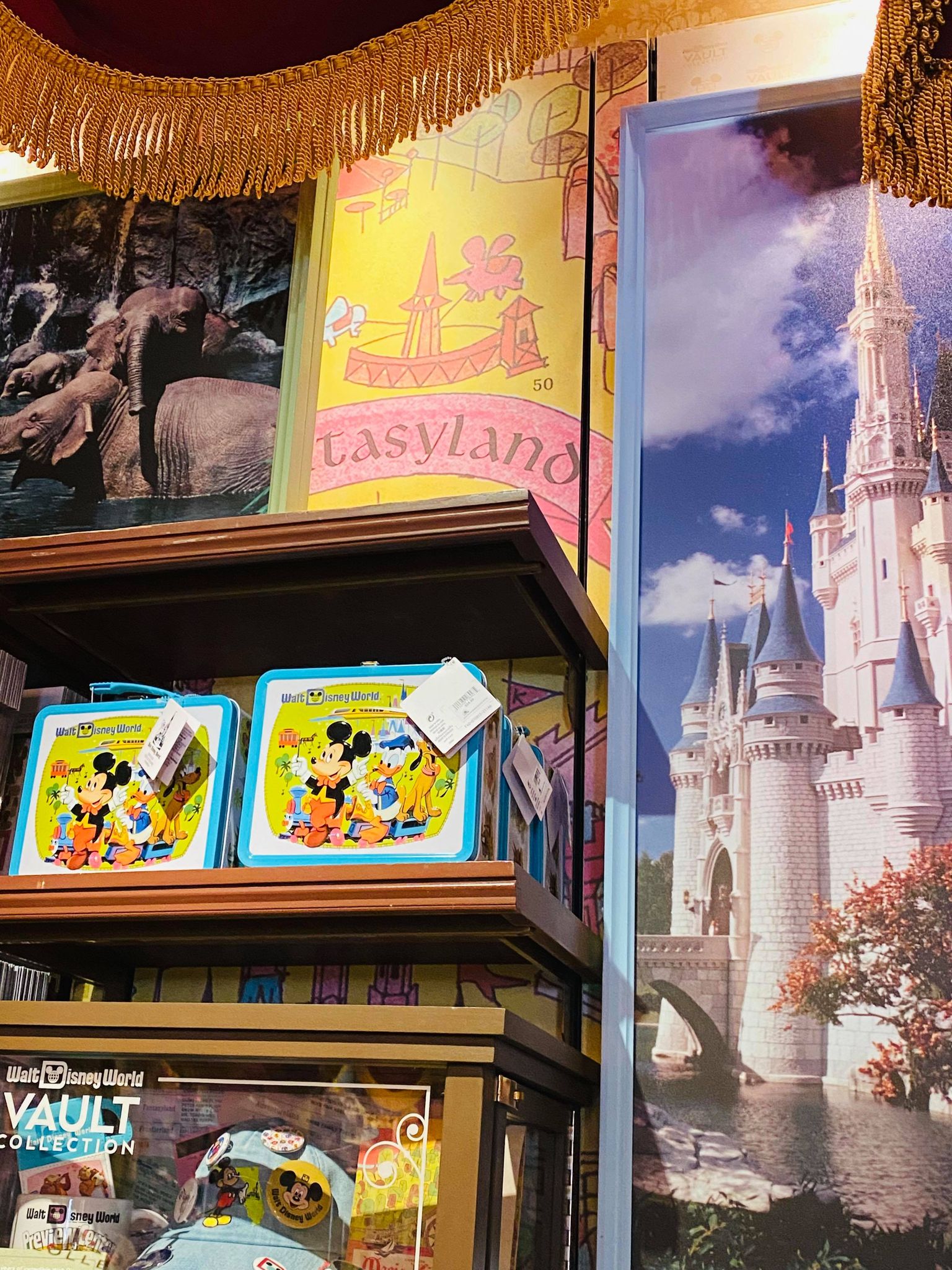 Above is another vintage image found on the displays. this one of Cinderella Castle from back in the day. 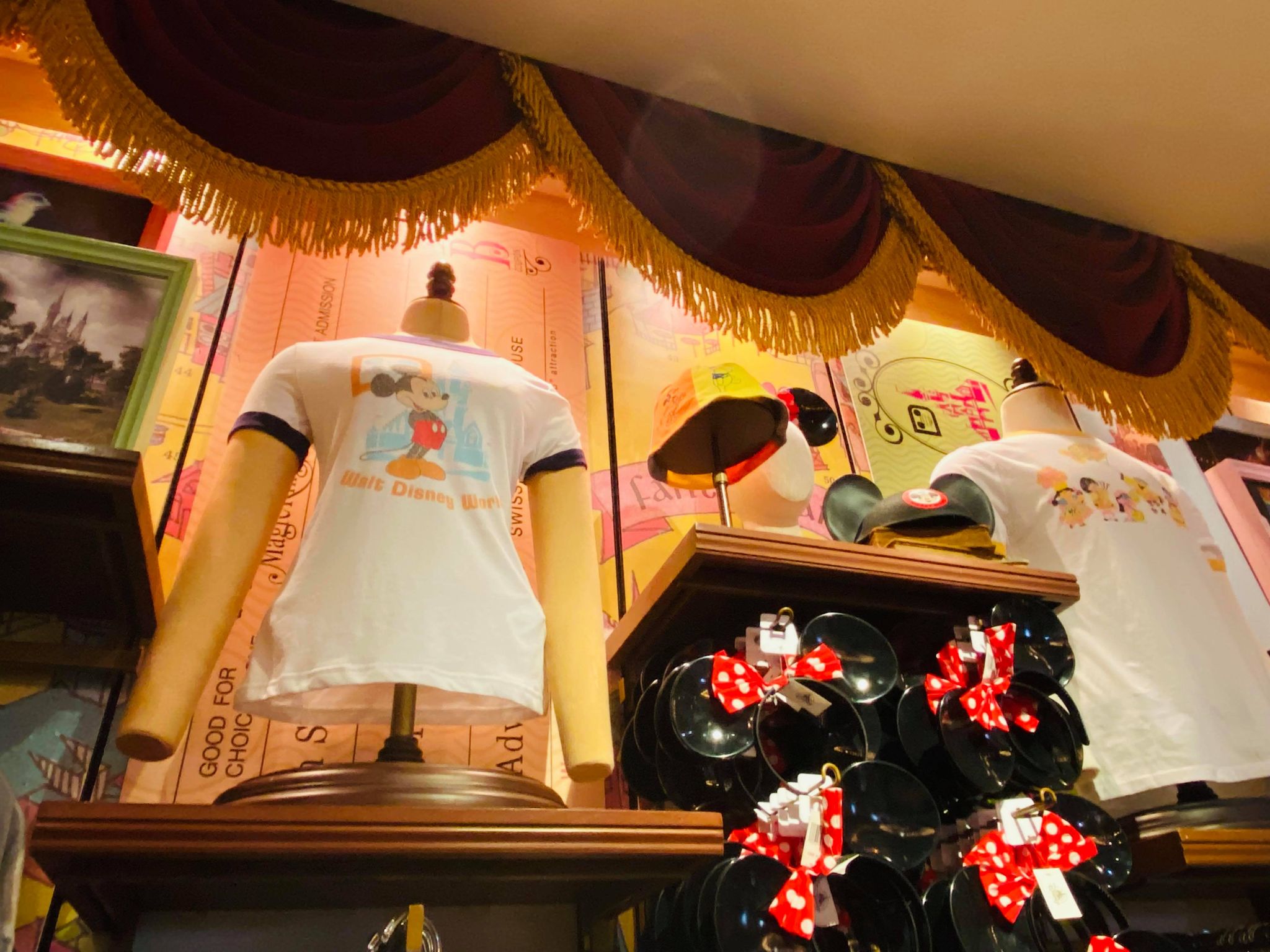 Above is a traditional Mickey Mouse ringer t-shirt with a retro vintage print.  Though it’s hard to tell, the other t-shirt on the right features illustrations from “it’s a small world.” 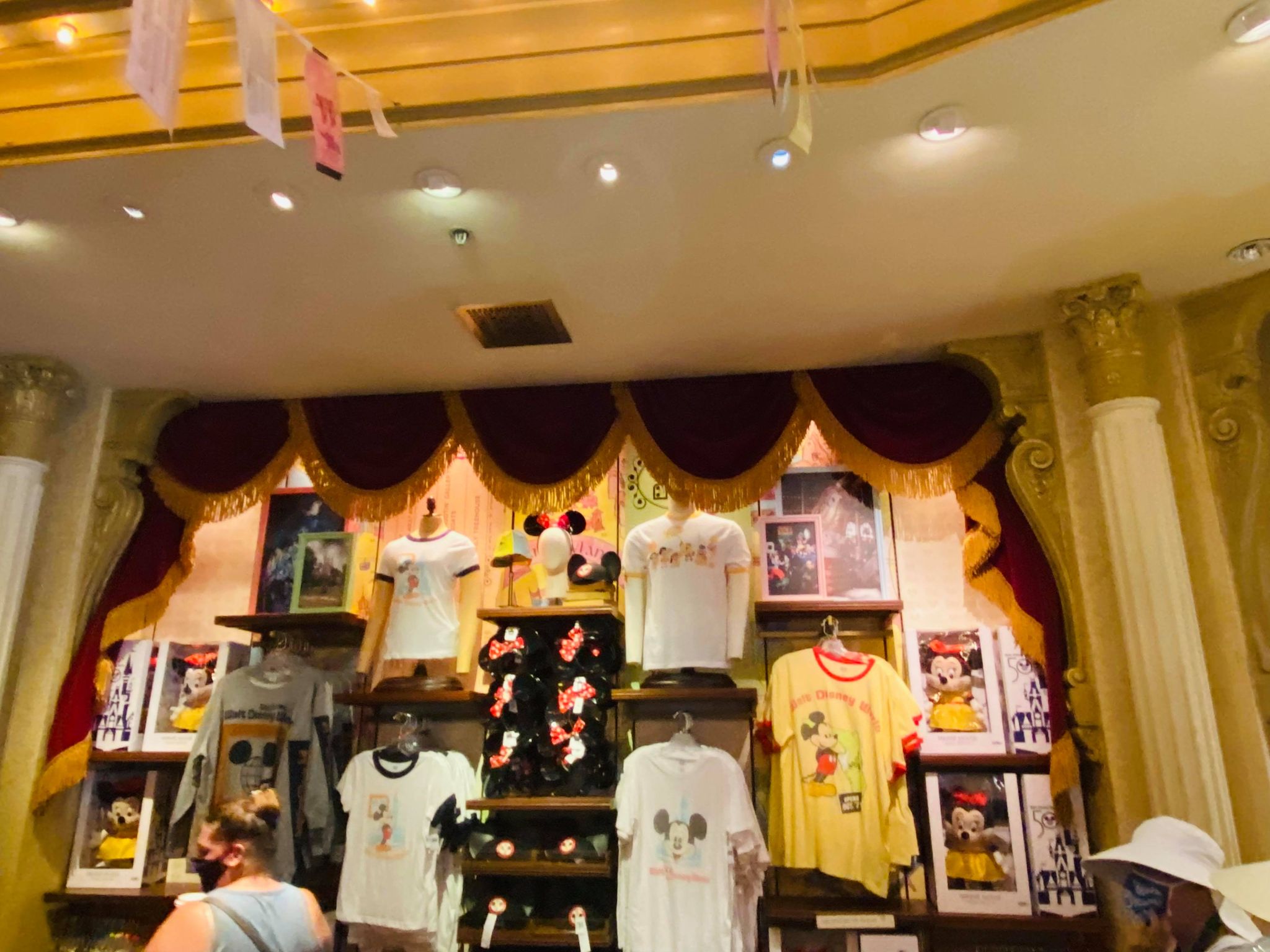 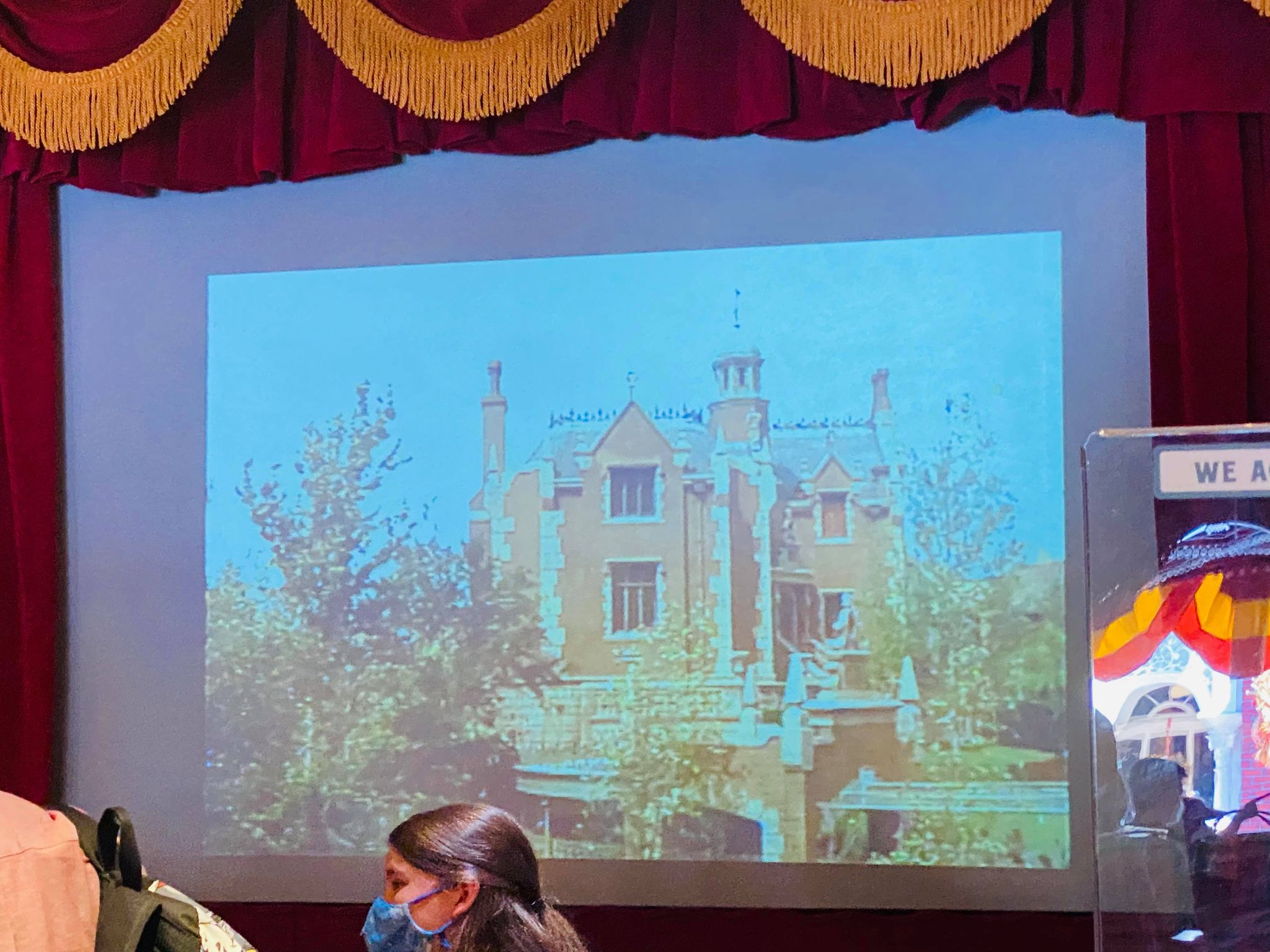 Footage of the Haunted Mansion was playing as we were leaving! 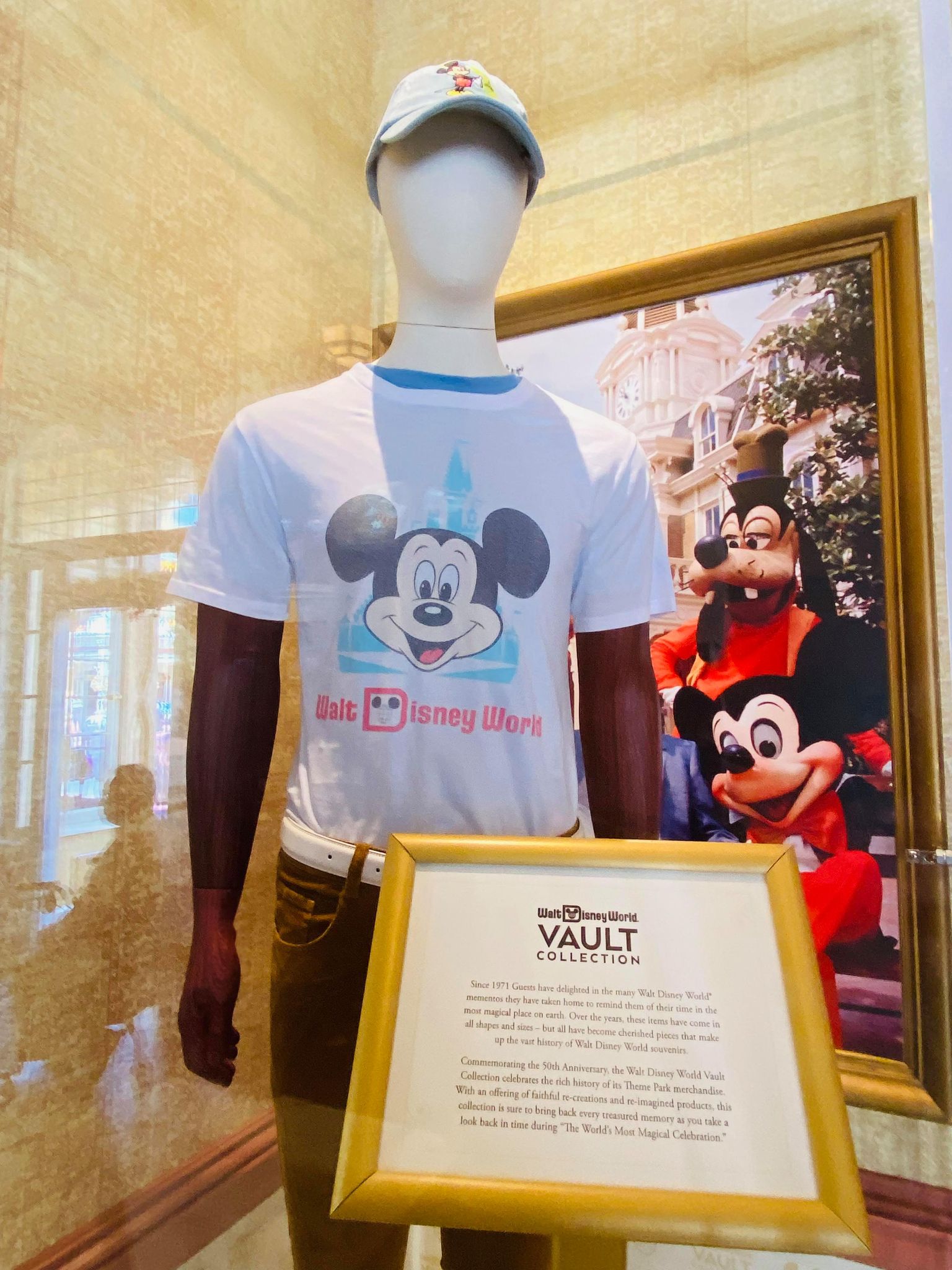 We’ll leave you with a quick look at the shop windows! Above is an explanation of the vault collection. 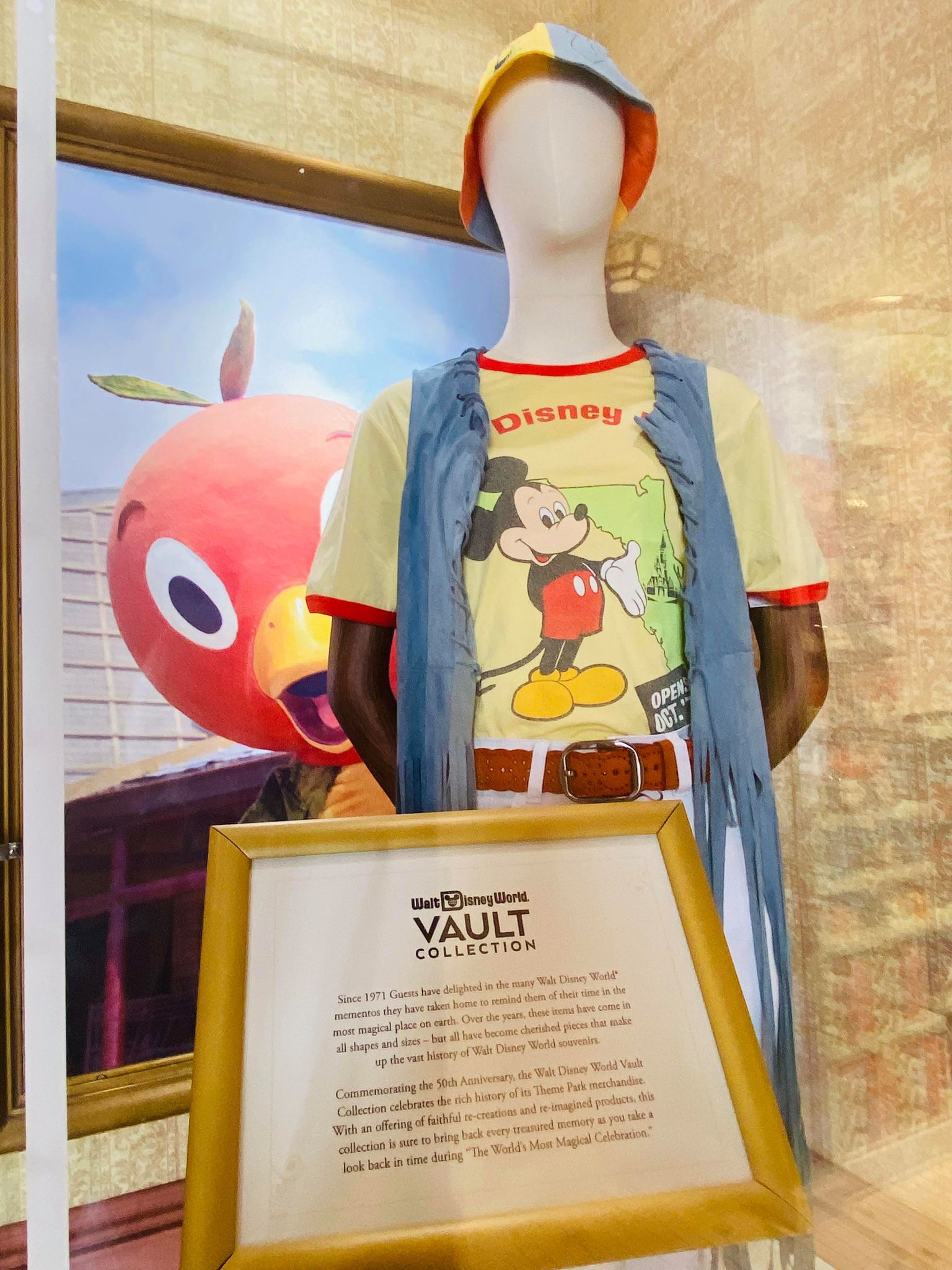 We love the way that new Vault Collection merch has been blended with vintage outfits from brow corduroy pants to the blue fringe vest above! 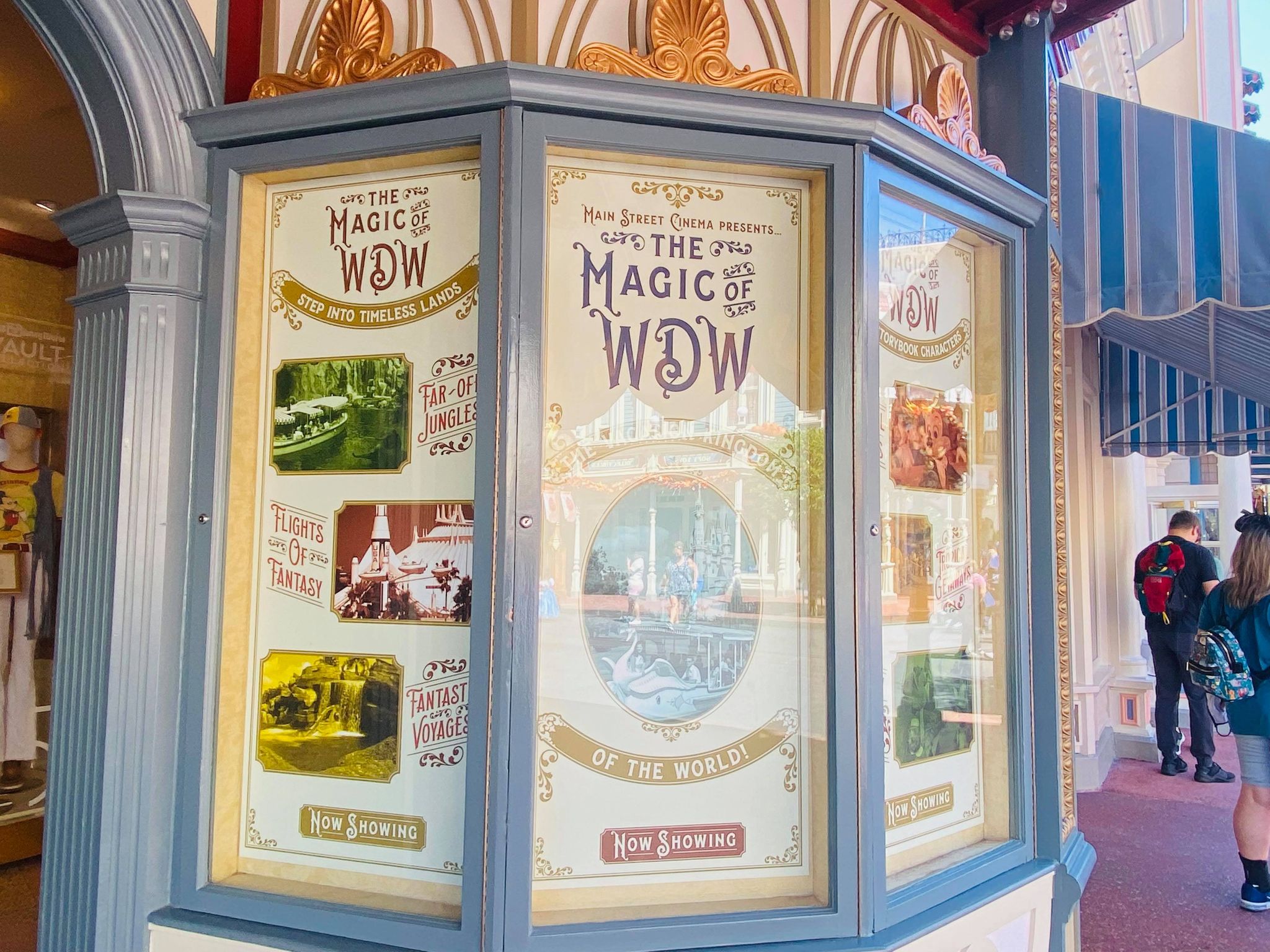 The marquee isn’t the only thing that has changes. The windows now feature images from Walt Disney World when it first opened. 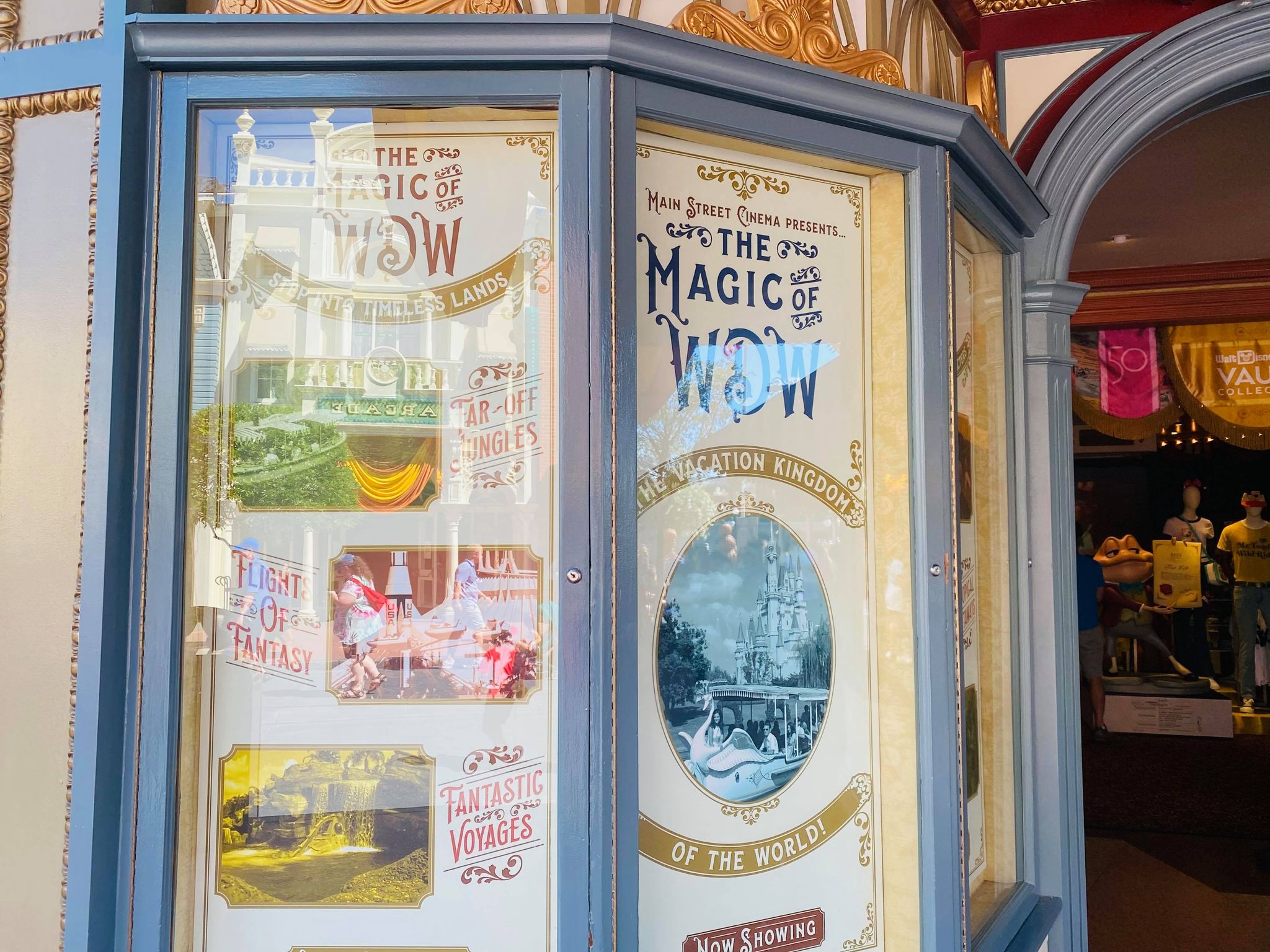 Visiting the Main Street Cinema just now is such a wonderful walk down memory lane! We hope you’ll set aside to pop in a big up some of these awesome items!

Readers are encouraged to keep following along with MickeyBlog where we’ll be coming to you LIVE! from the theme parks throughout the week!