Disney Broadway Stars Celebrate the Return of Broadway on The View

It was a celebration of Broadway on The View this morning!

The Lion King and Aladdin both returned to the Broadway stage within the last two weeks and the cast of Frozen took to the road for a new national tour. That’s a lot to celebrate after Broadway went dark 18-months ago due to the Covid-19 pandemic. 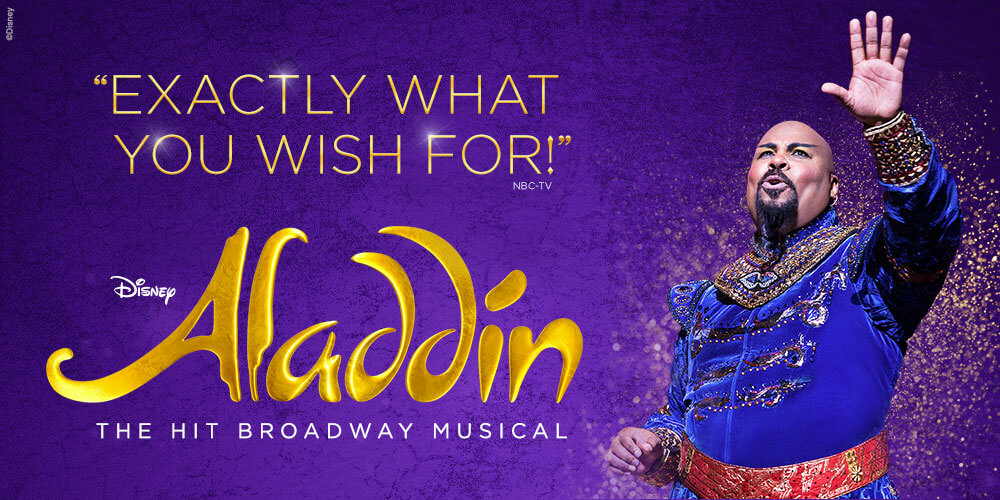 In honor of this big milestone, cast members from the three shows appeared on The View this morning for a unique ensemble performance!

View host Whoopi Goldberg introduced the cast members with some behind the scenes footage of rehearsals from each show. The emotions were evident as each cast and chorus brought their stellar voices together “for the first time in forever”. Or at least since March 2020. 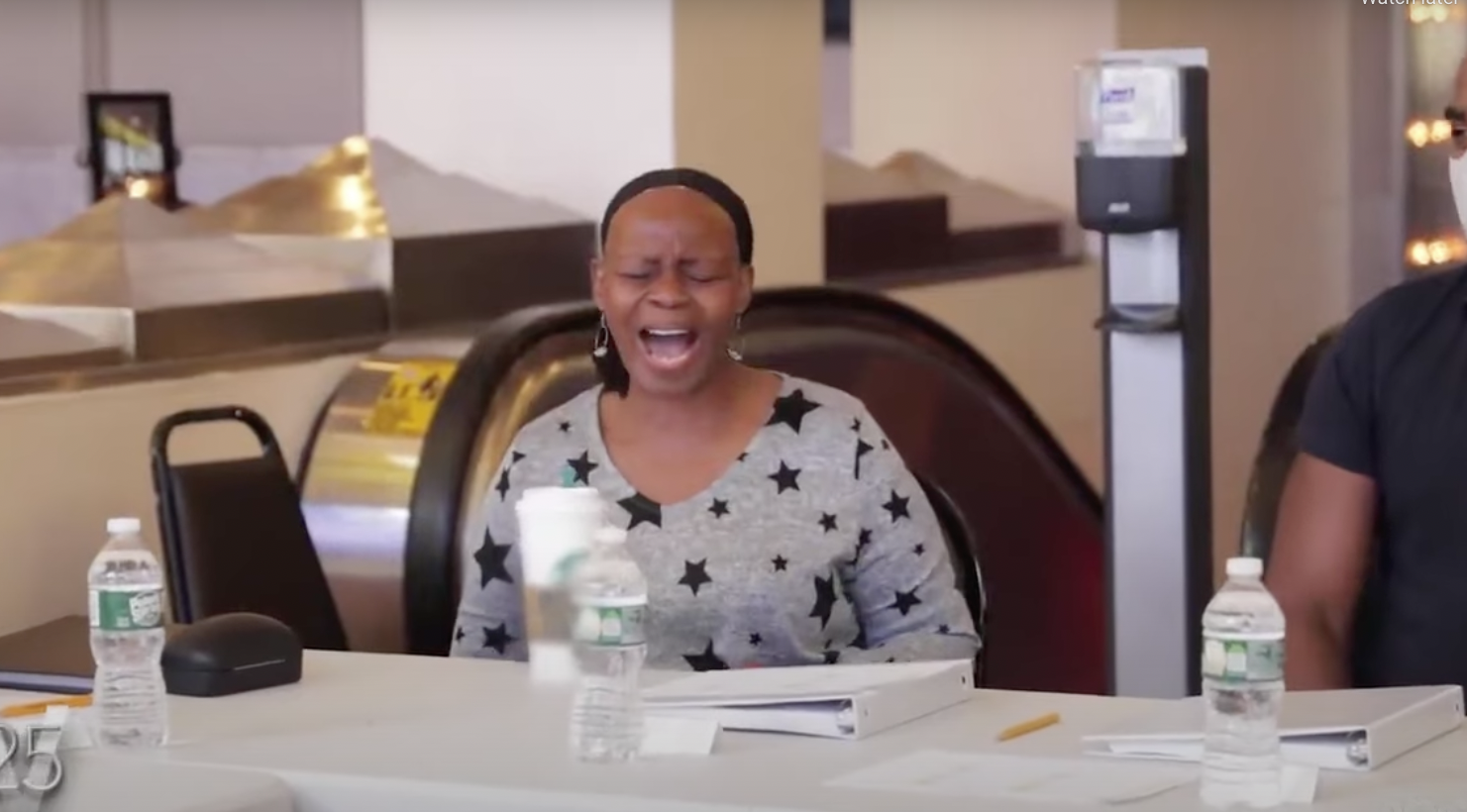 Screen Capture Courtesy of ABC’s The View via Youtube

Back on The View stage, the hosts got a surprise as suddenly Michael James Scott, Aladdin‘s Genie, emerged from backstage in full costume for a chorus of “Friend Like Me”. 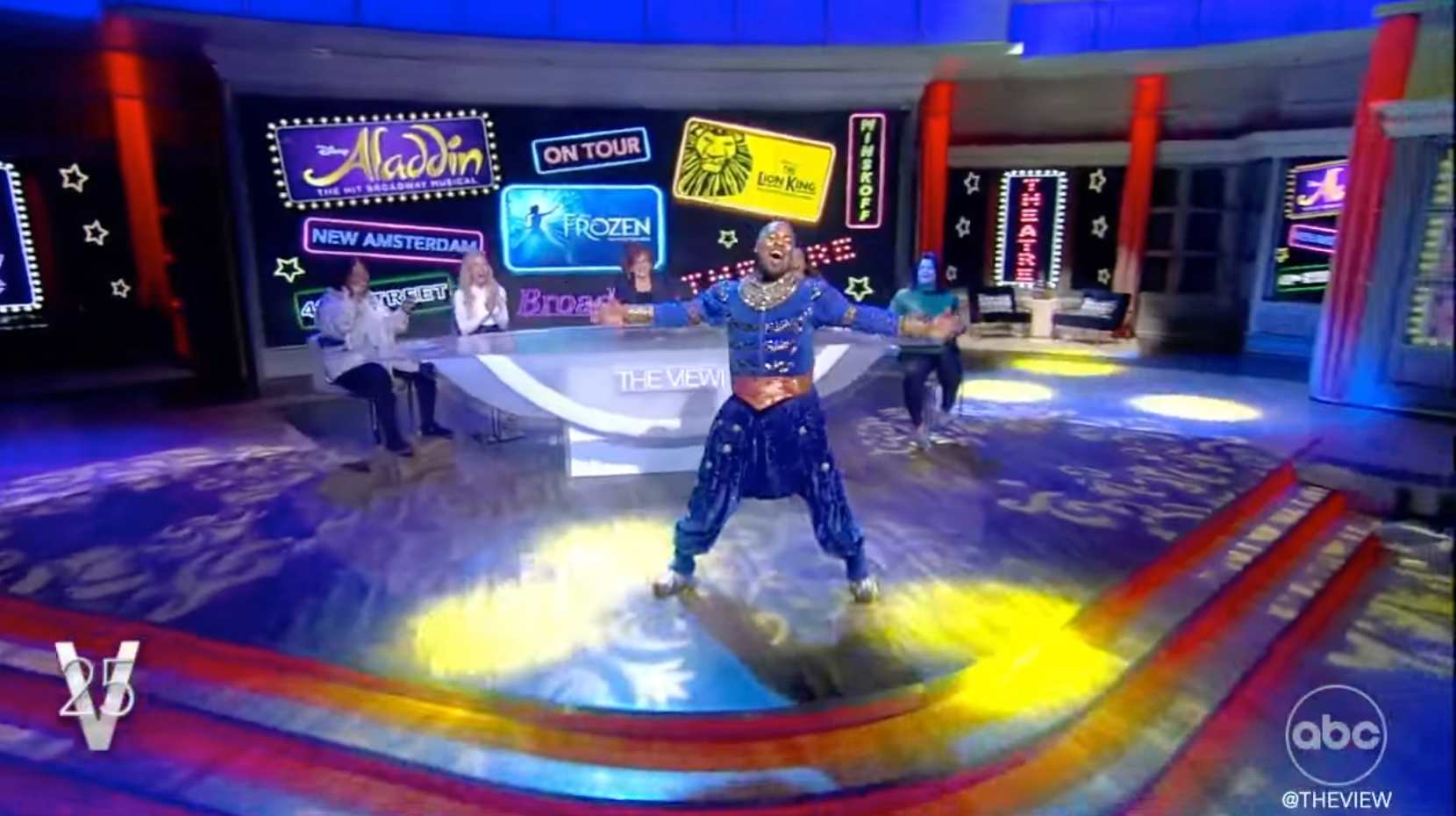 He pulled in Aladdin himself, Michael Maliakel from a side set and the two danced across the stage before Maliakel grabbed his Jasmine, Shoba Narayan, for a brief few lines of “Whole New World”. 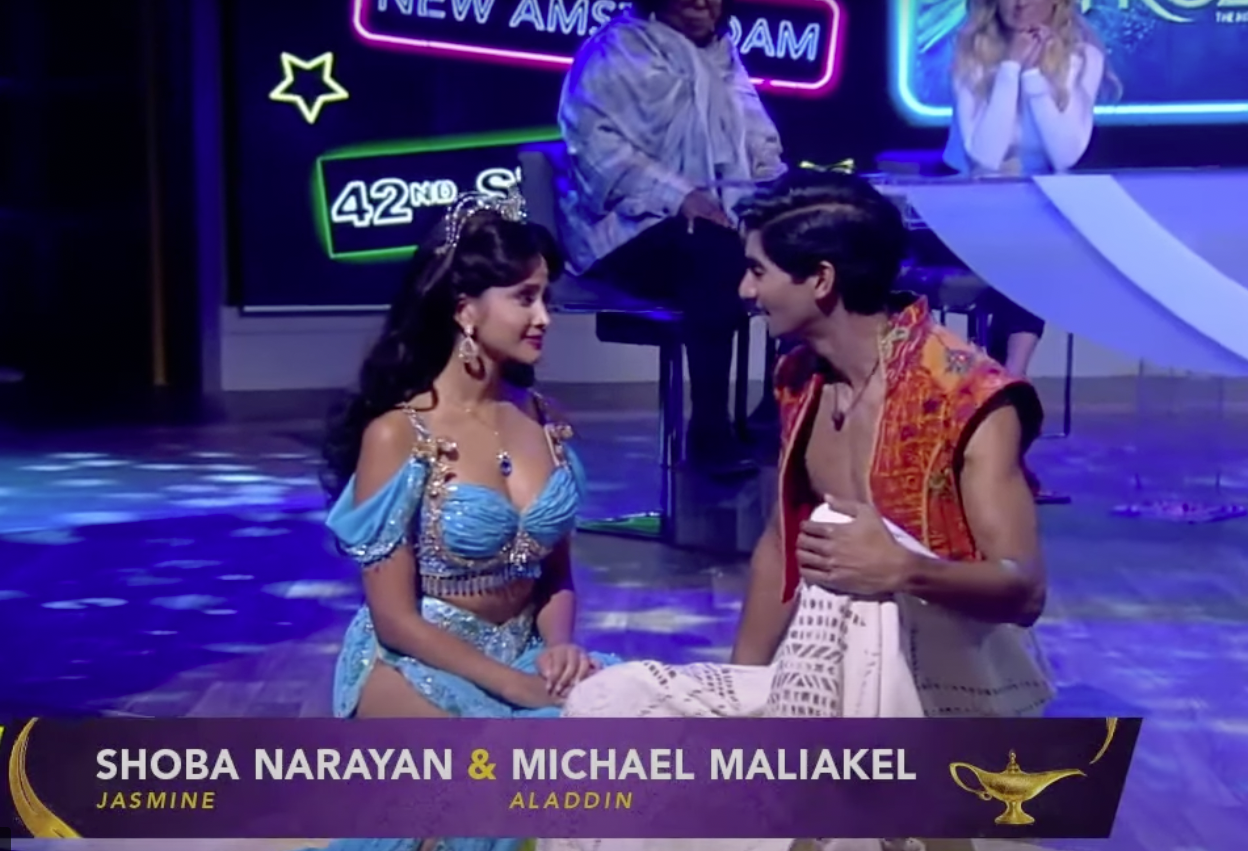 After just a moment, Brandon McAll and Adrienne Walker (Simba and Nala) from The Lion King emerged for the lead-in lines of “Can You Feel The Love Tonight”. A unique mix of the songs continued in harmony as all four cast members took center stage and continued both songs as the camera panned a circle around them. 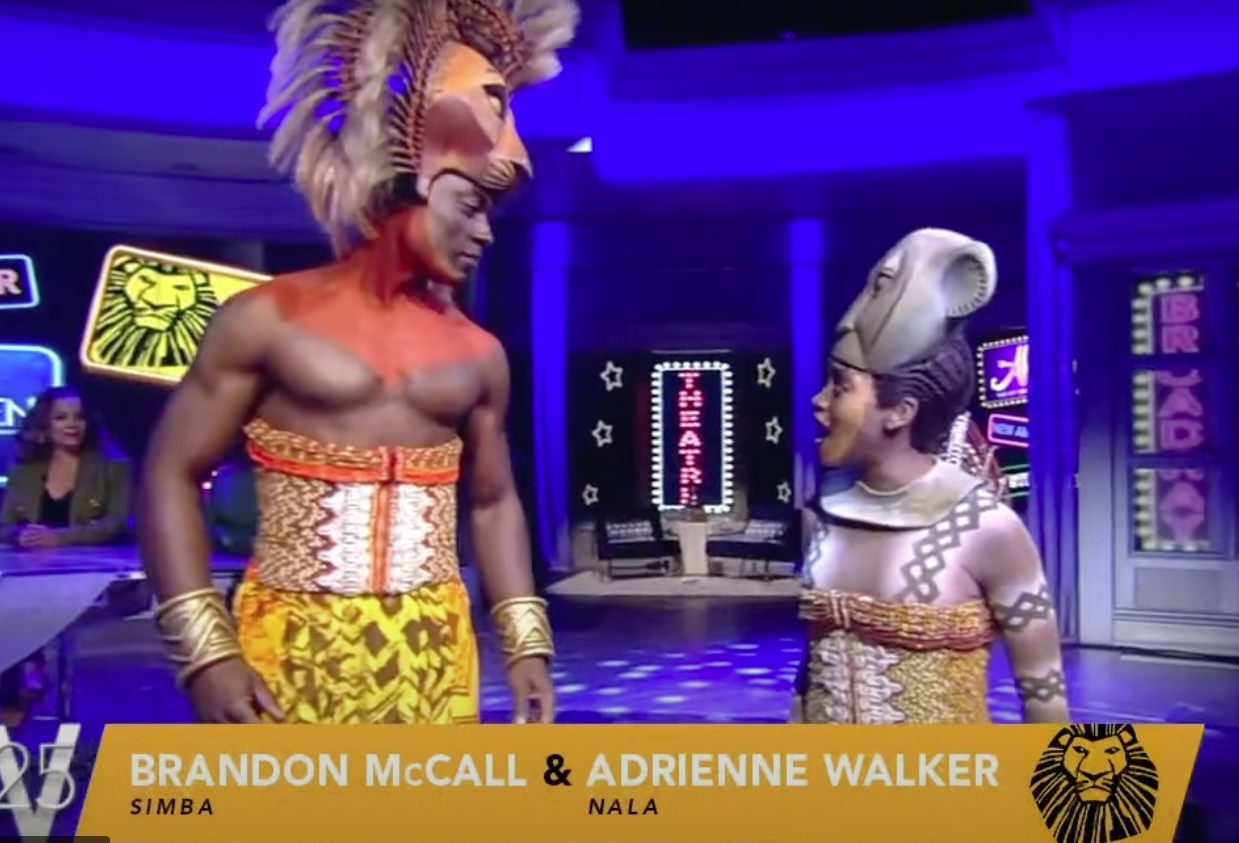 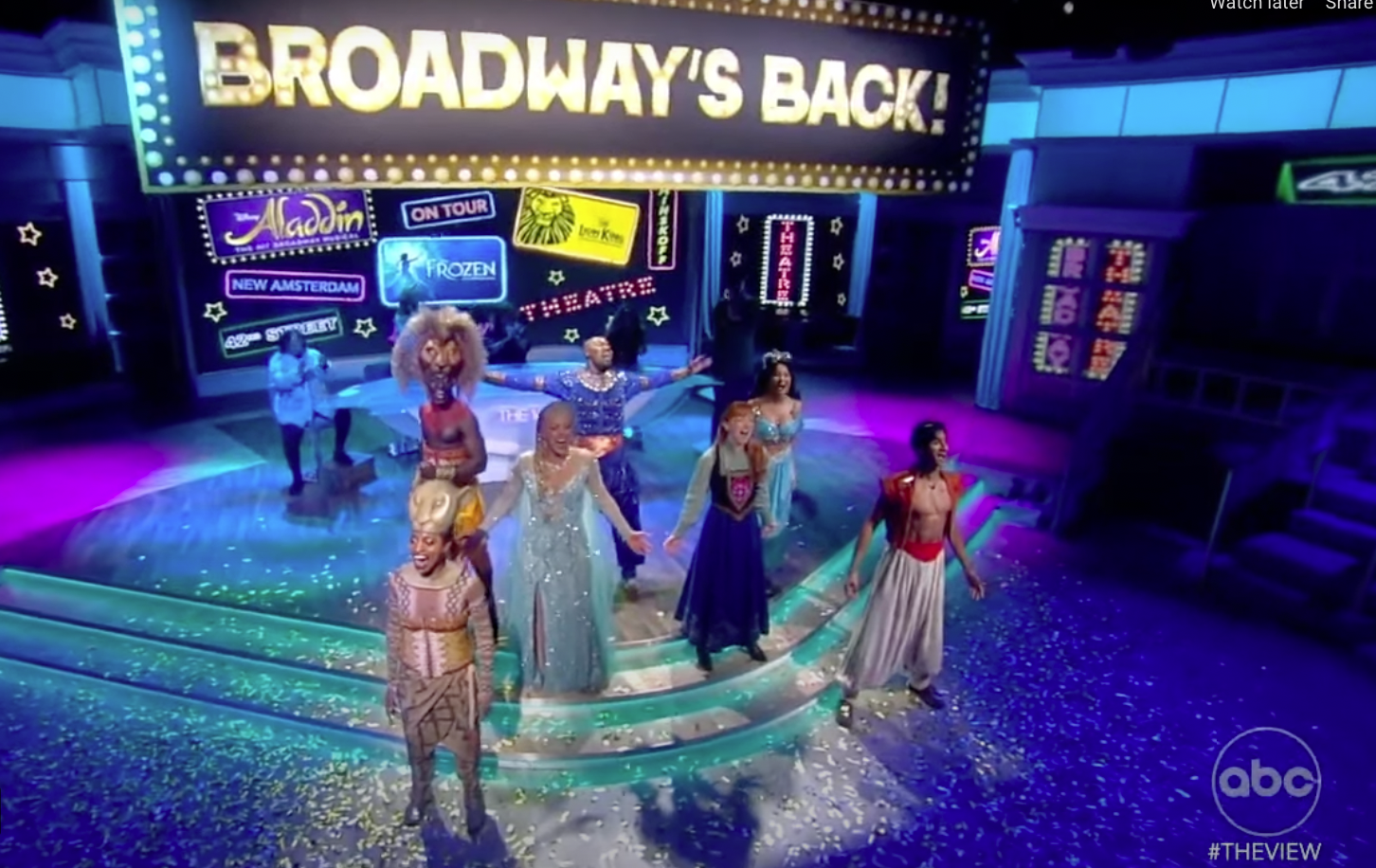 The emotions were palpable as the group sang, “Here we stand, in the light of day” under a lit up “Broadway’s Back!” marquee. What an awesome way to commemorate the return of this New York City centerpiece. 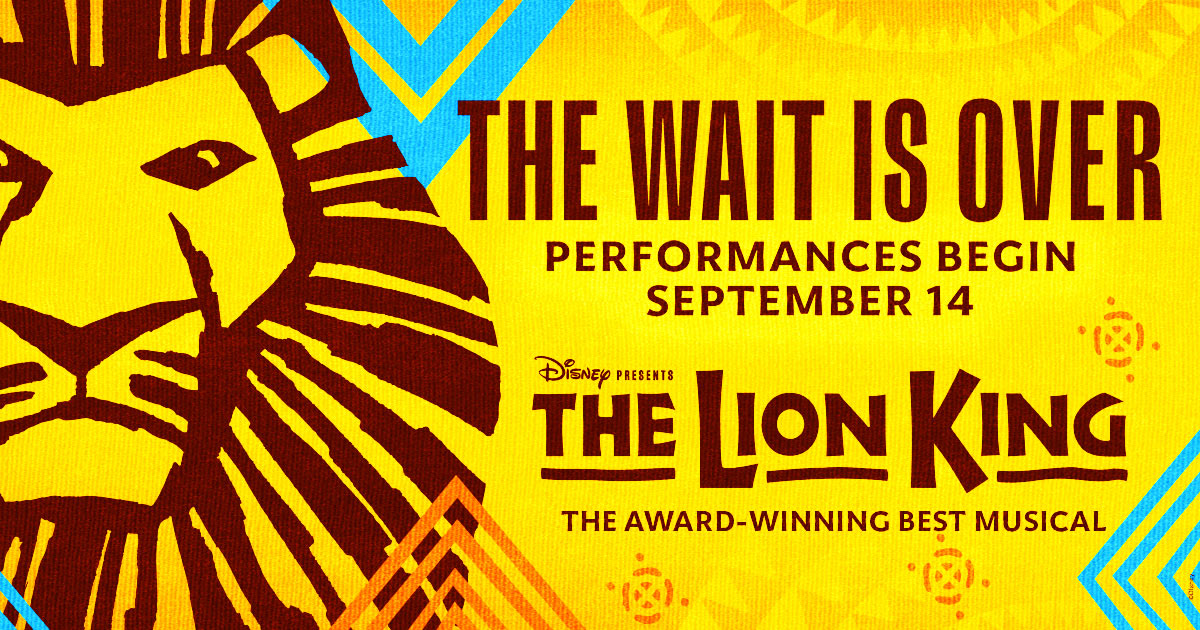 After the finale, Michael James Scott as the Genie granted some unexpected wishes. He announced that every member of the studio audience would receive a ticket to one of the three shows to celebrate. 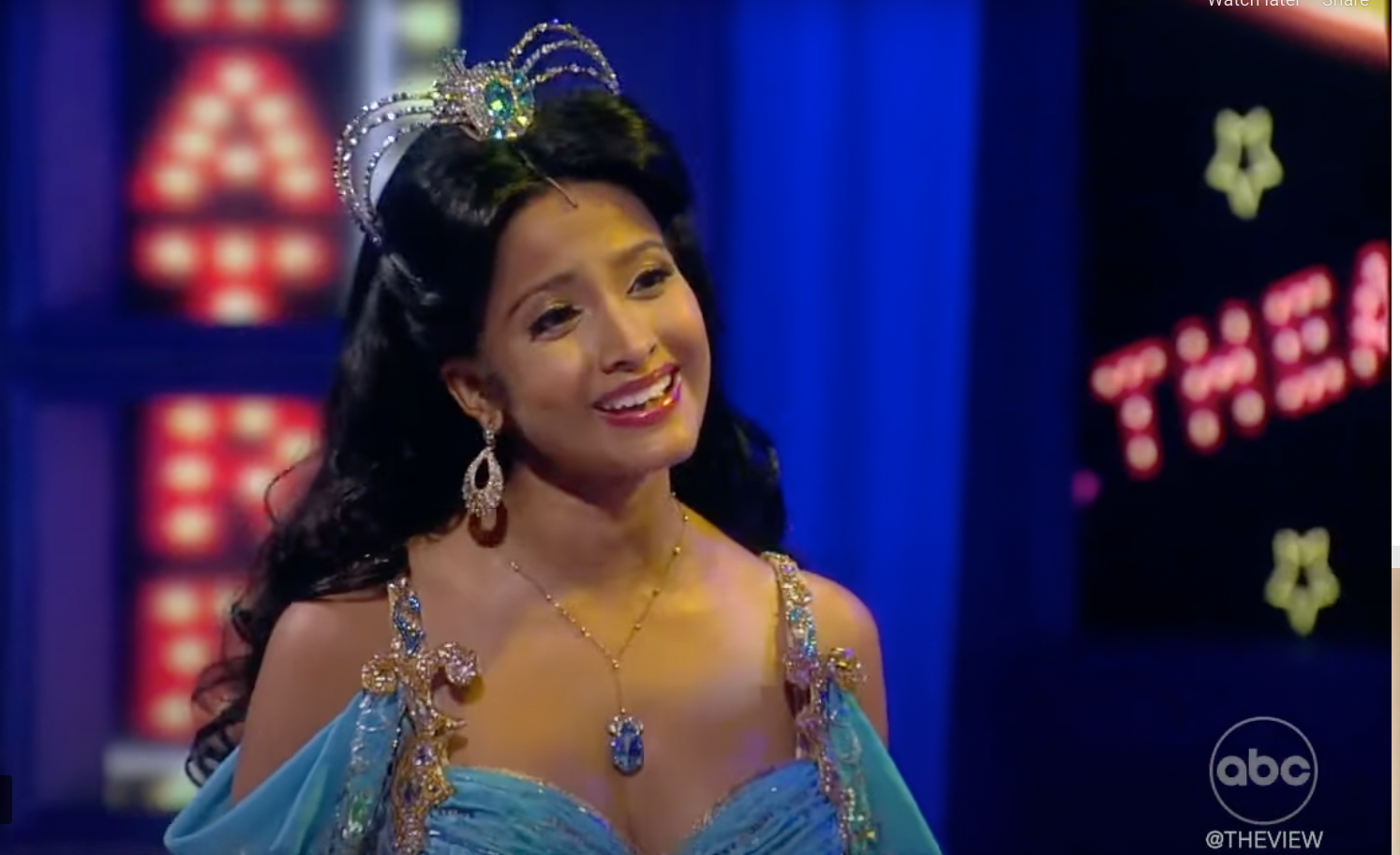 You can see the entire performance below.

What positive way to start the morning. Broadway is BACK! 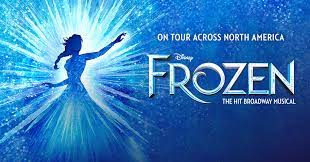 Feature Image Courtesy of ABC’s The View via YouTube.

Walt Disney World is ready to celebrate 50 years of magic!