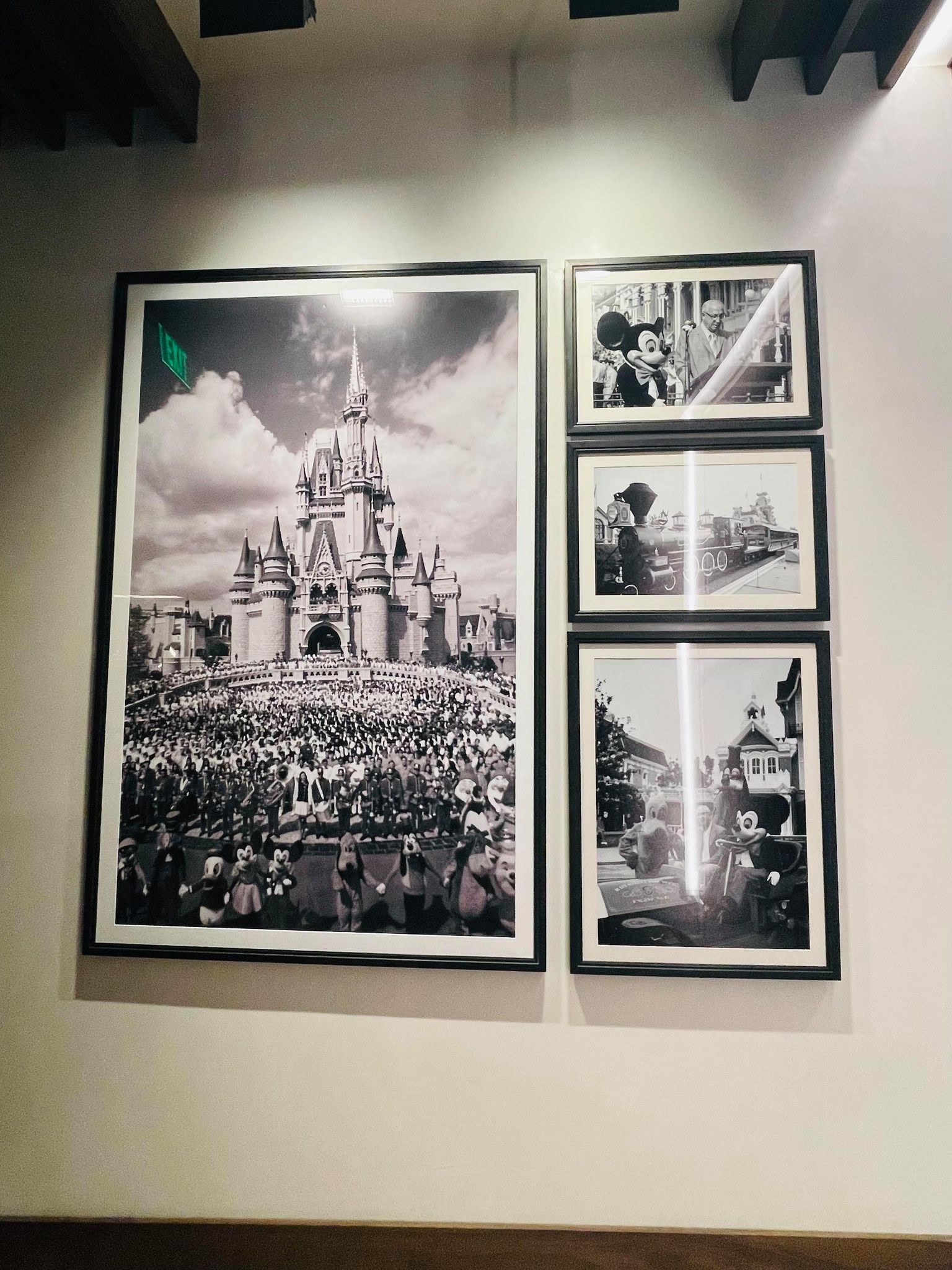 The restaurant get’s its name from 1971, the year that Walt Disney World opened. 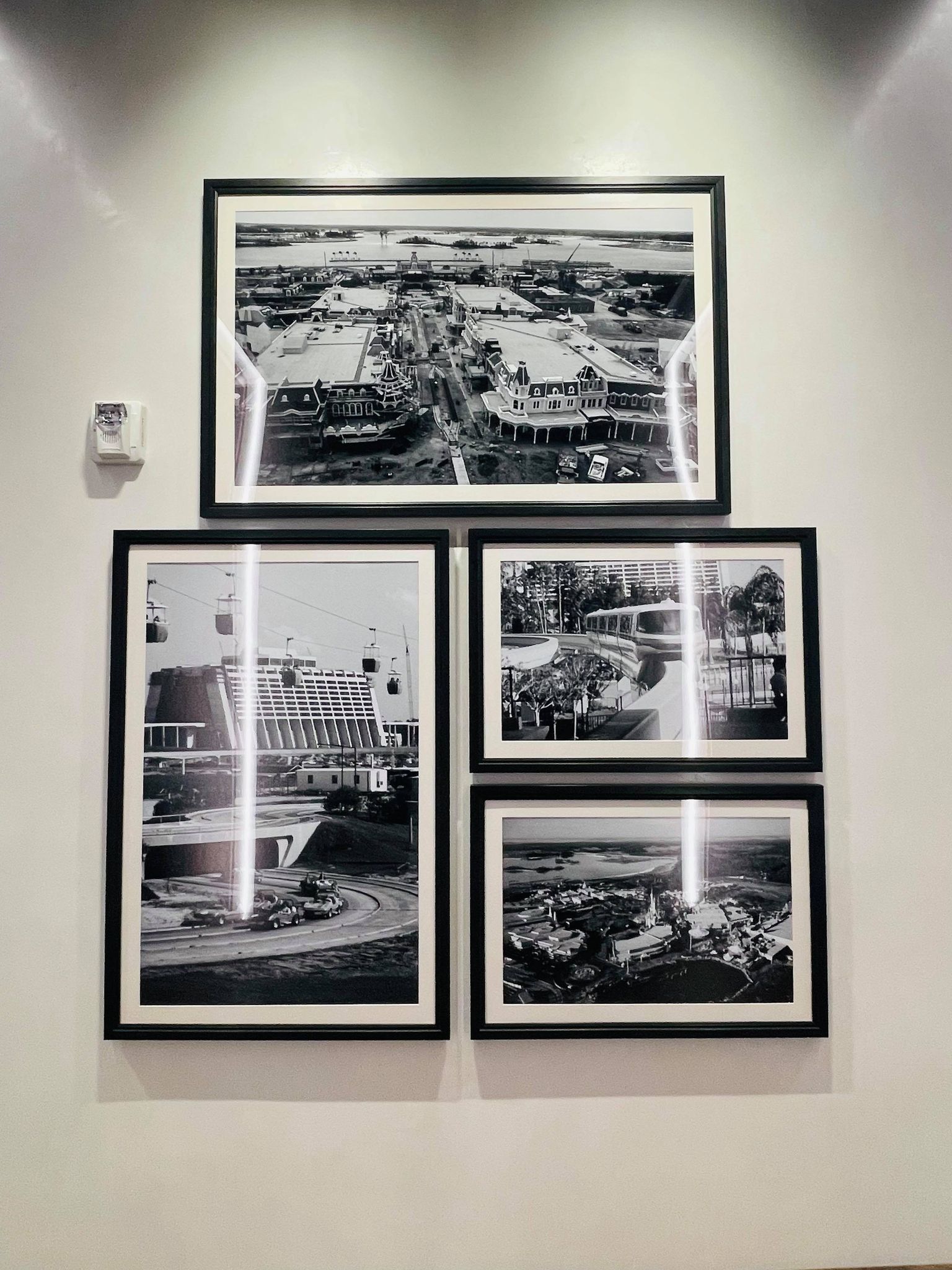 Earlier this week, we shared images of the construction walls coming down around the restaurant. 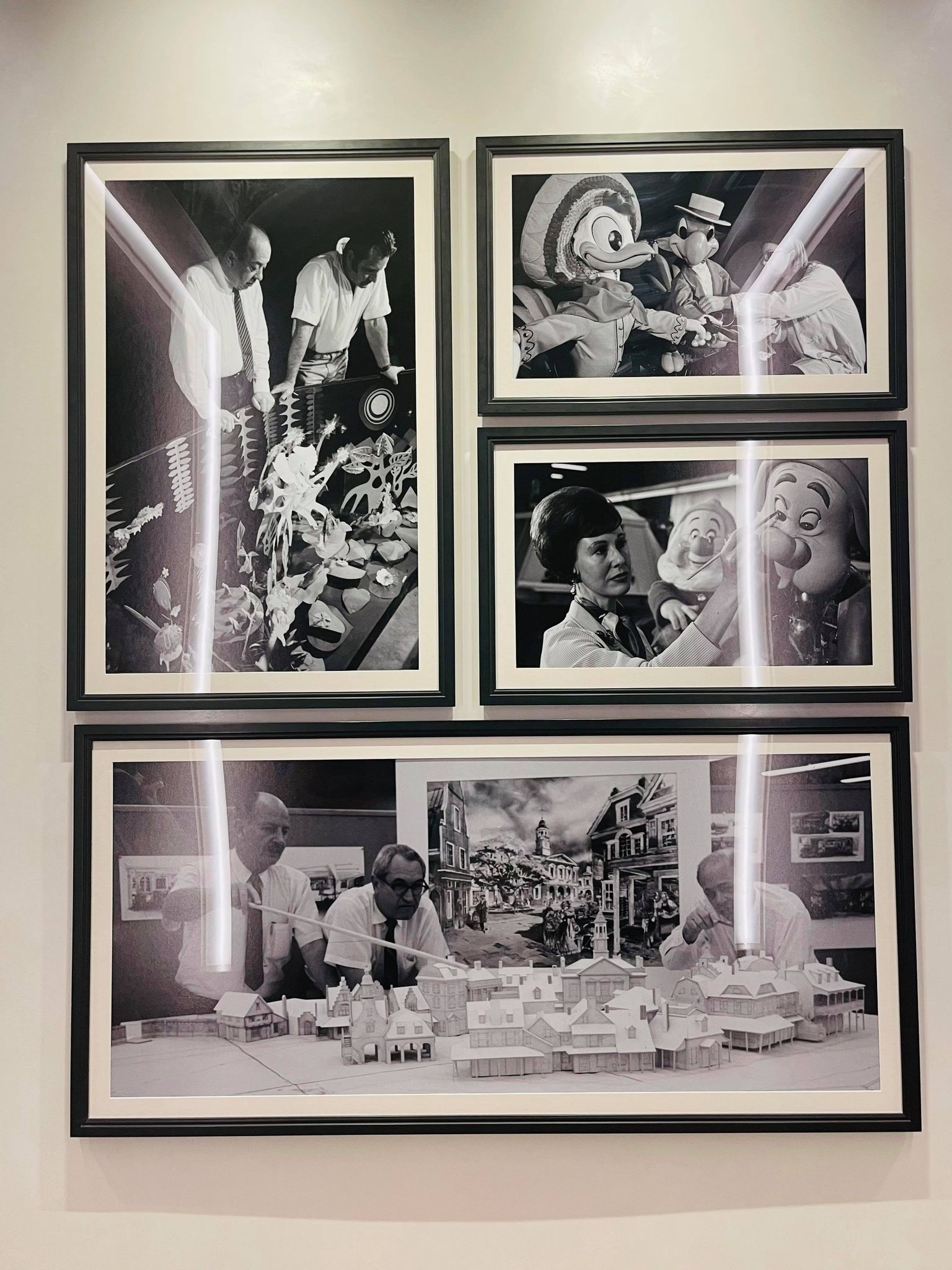 The waiting area for the new steakhouse feature archival photographs taking us all the way back to the construction of Walt Disney World itself which seems pretty fitting given that we about to celebrate Disney World’s 50th Anniversary. 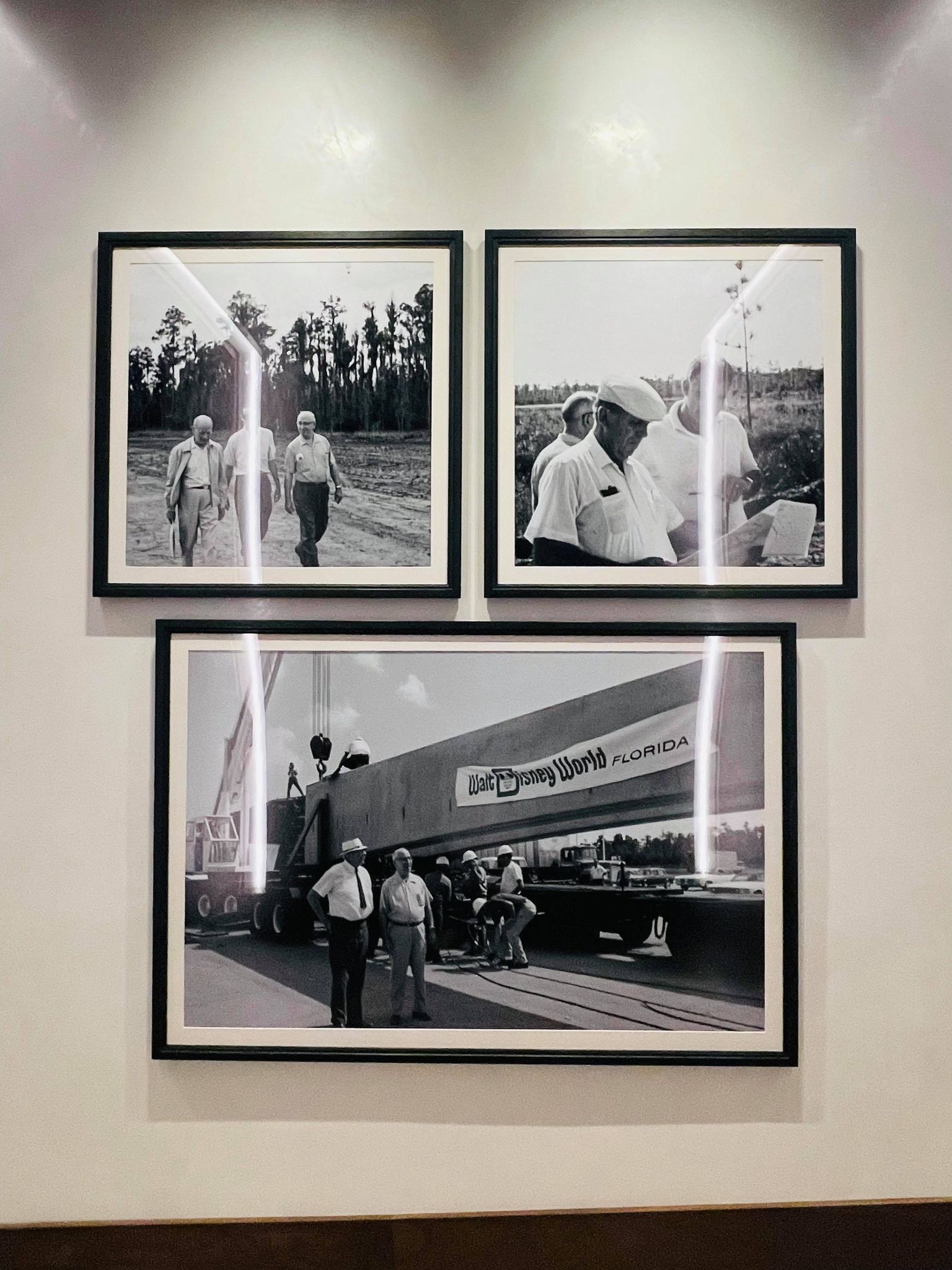 If you’ll be dining here during your Walt Disney World visit, it’s definitely worth taking some time to look at these awesome mini exhibition. 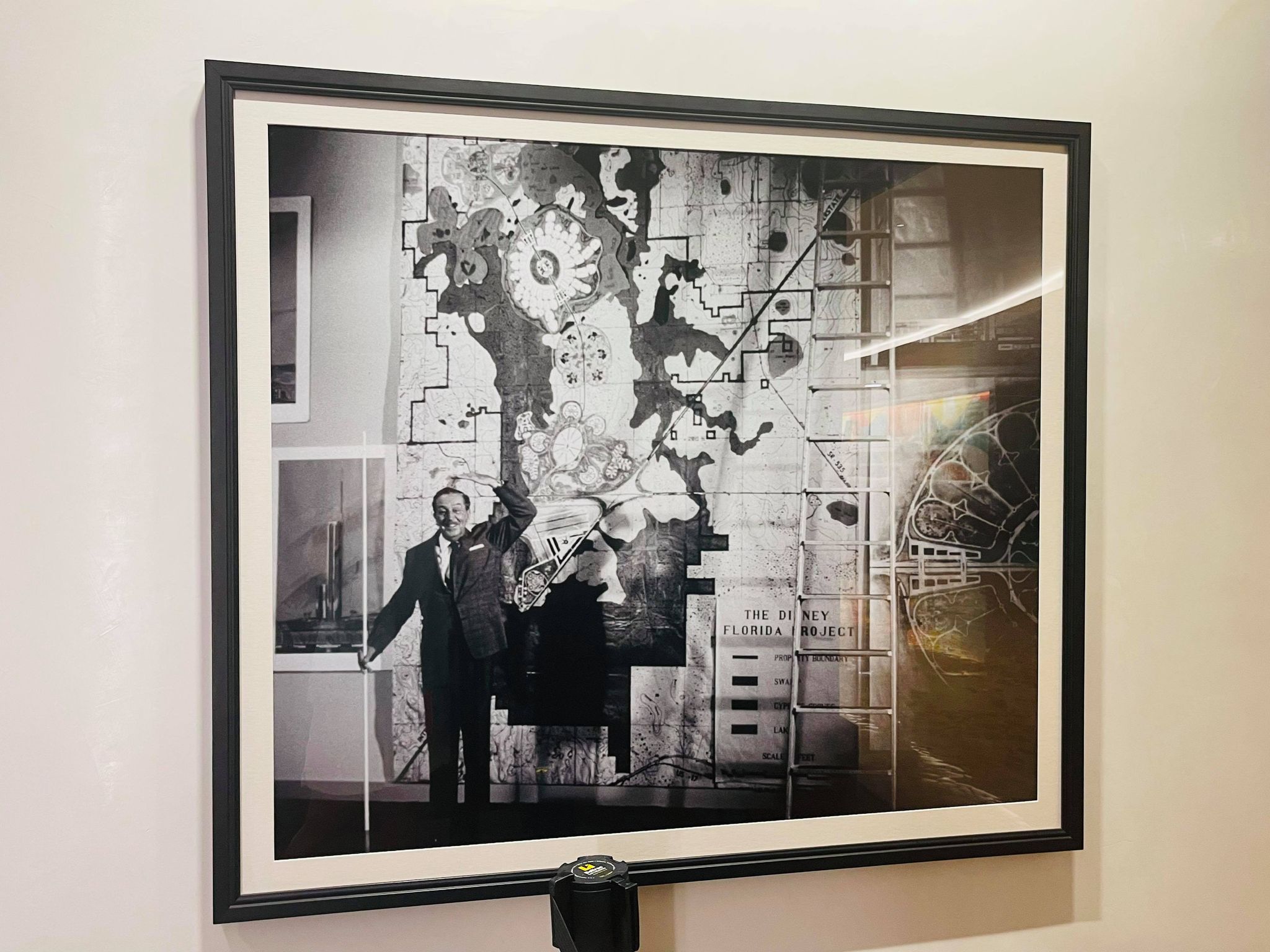 There’s incredible images of Walt standing proudly alongside some of the original blueprints for “The Disney Florida Project.” 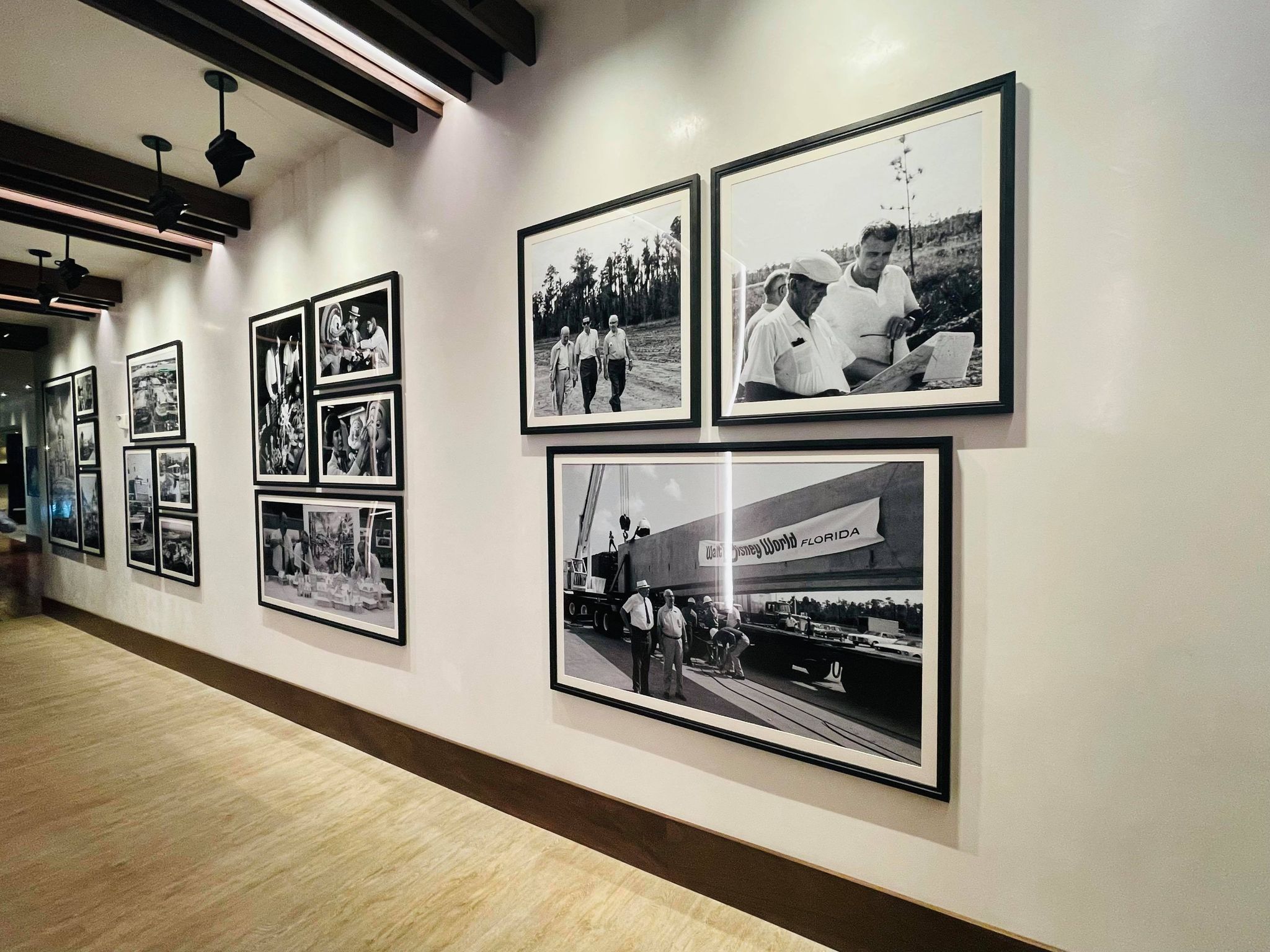 Many of the images show what are large areas of Central Florida swamp before Walt Disney World was even built. 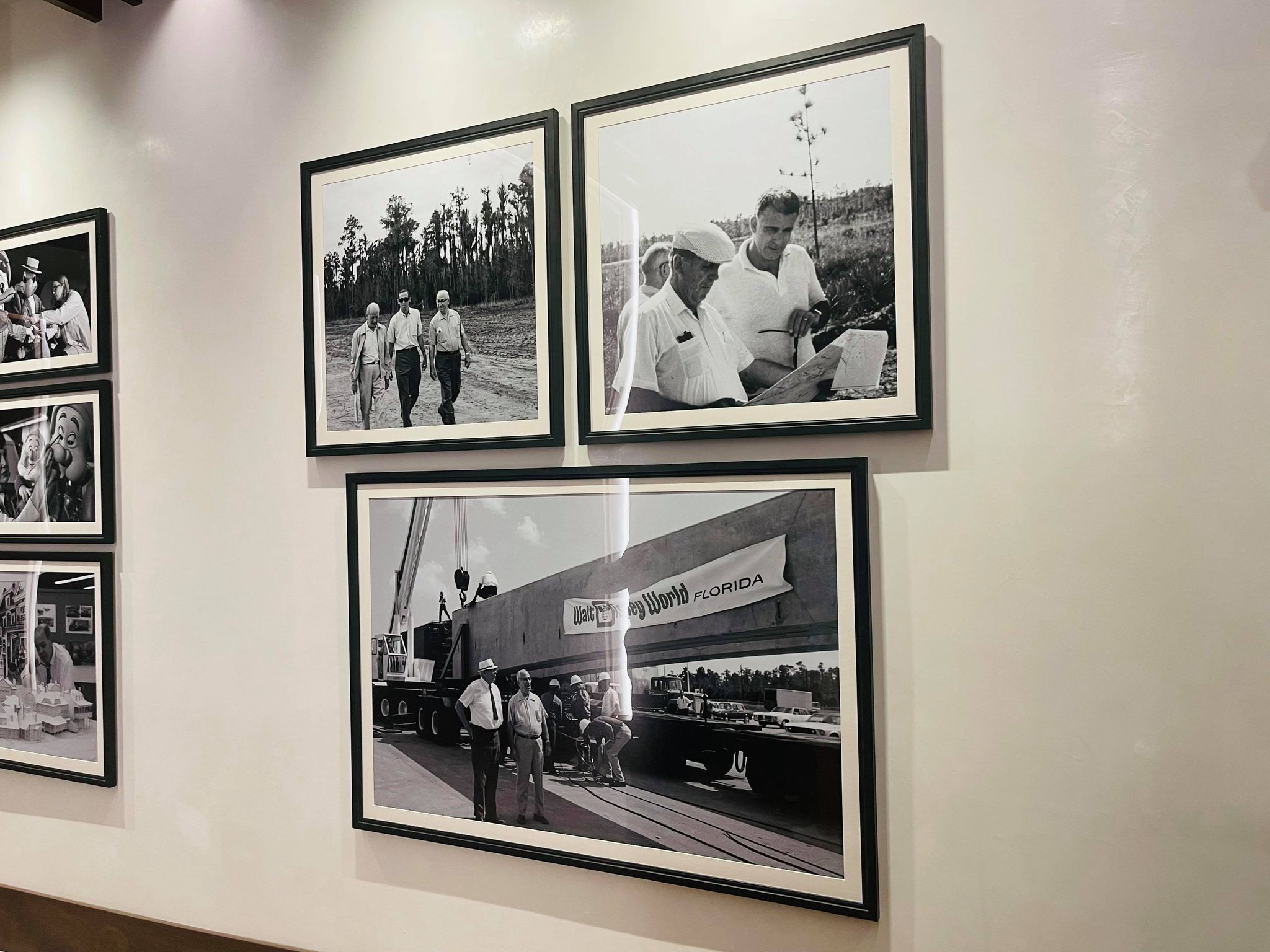 Though Walt would pass away in 1966 and Disney World wouldn’t open until 1971, Roy could be seen in many of these images overseeing the project. 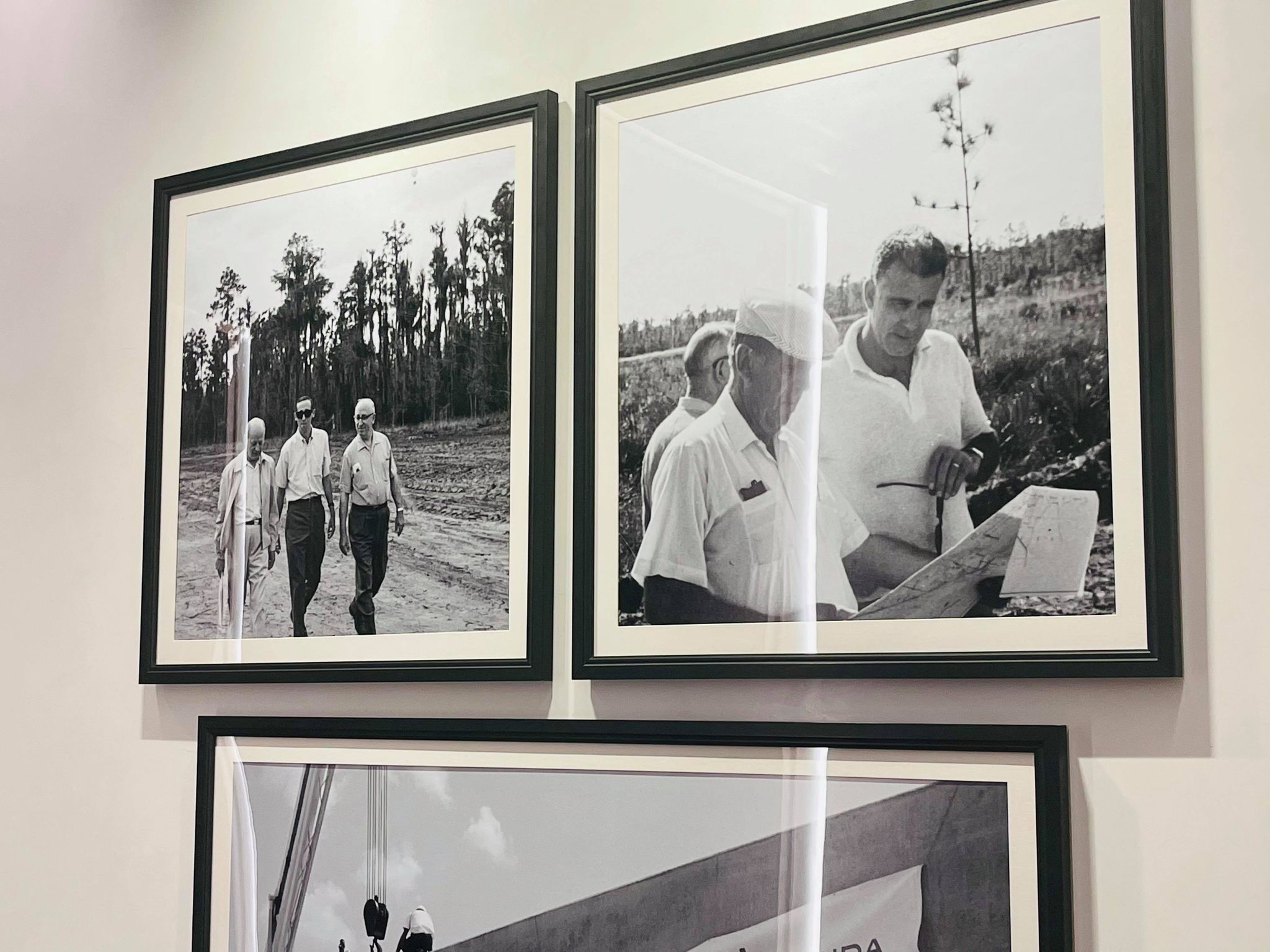 You’ll even find some behind-the-scenes attraction images including a look at the Three Caballeros, Seven Dwarfs figures and more! 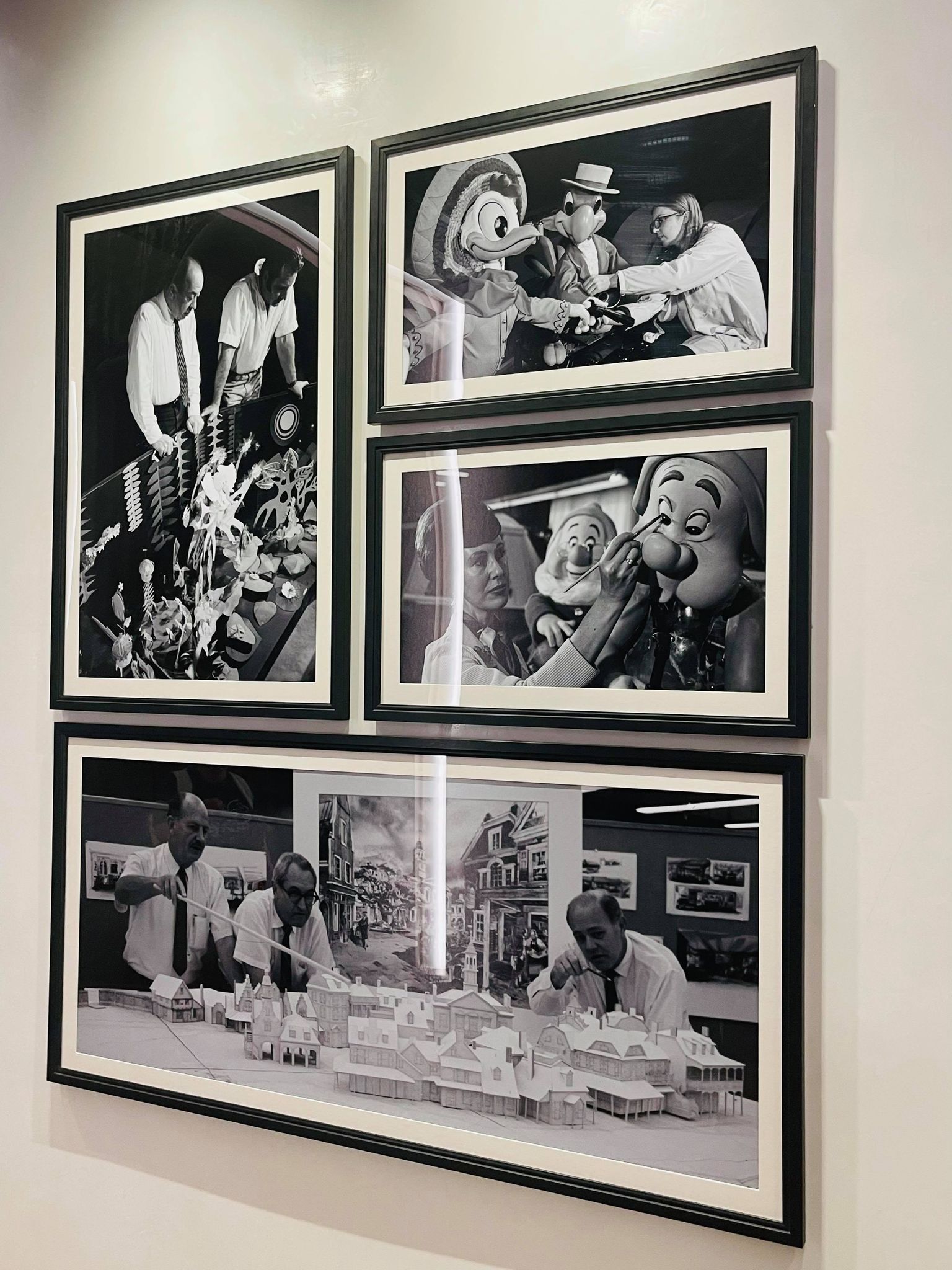 We love that Disney opted to change the concept of this table service eatery and tie it with “The World’s Most Magical Celebration” which will run for an incredible 18 months. 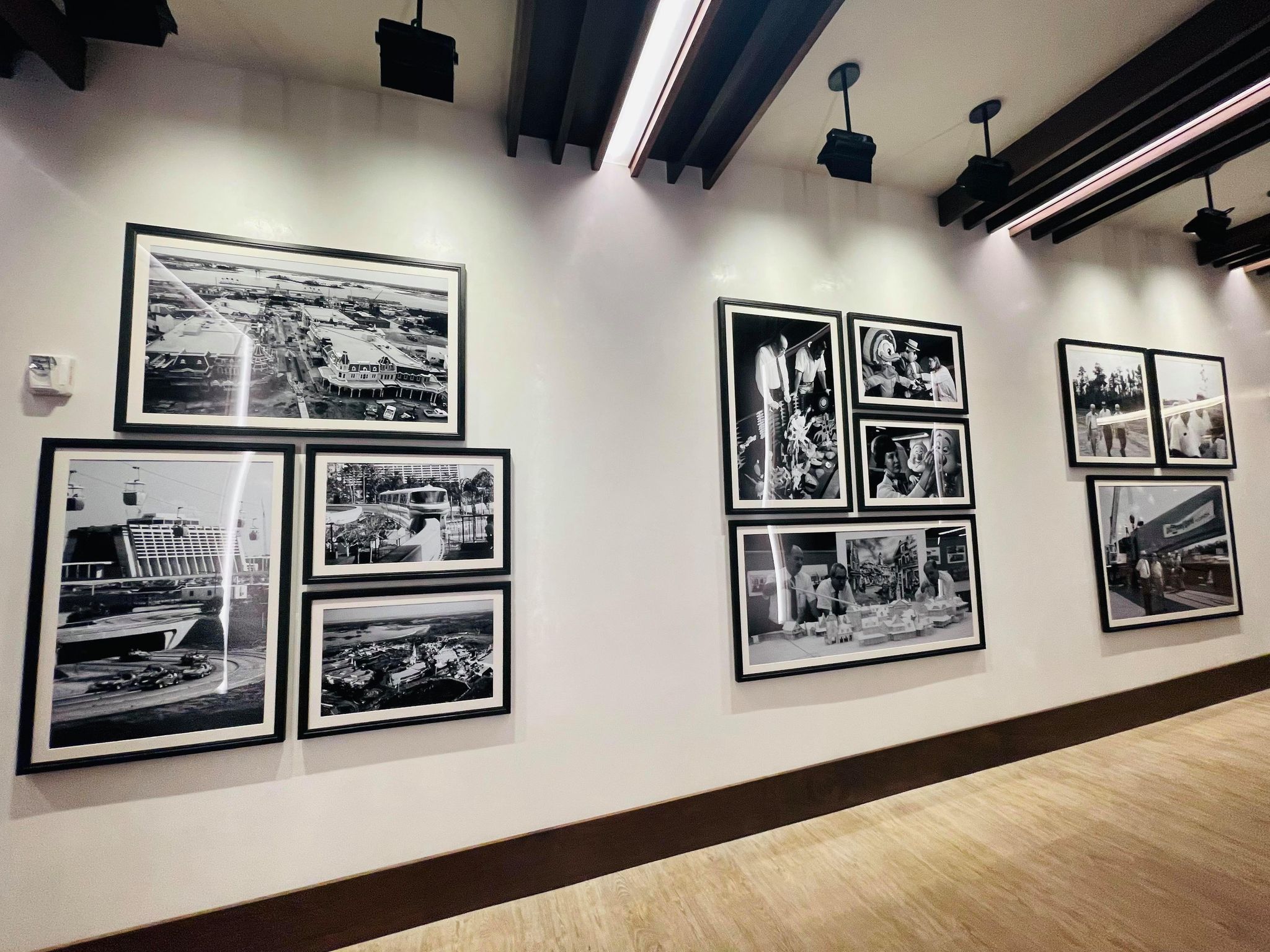 Keep following along with us for further news and updates. We’ll be coming to you LIVE from Disney World throughout Disney World’s 50th Anniversary.