The steady stream of incredible 50th anniversary merchandise continues to trickle down throughout the Walt Disney World Resort in anticipation of “The World’s Most Magical Celebration.” Today, MickeyBloggers discovered an darling new beach towel celebrating the milestone at the Emporium inside the Magic Kingdom. 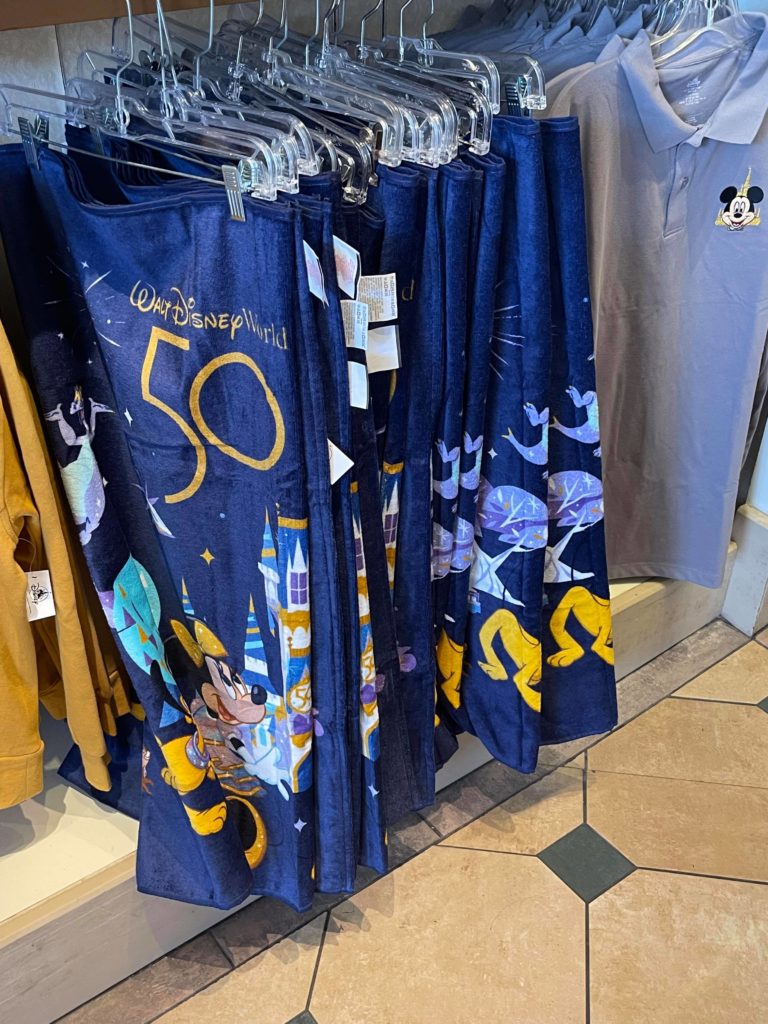 The deep midnight blue hue, which runs throughout the anniversary theming, provides an exquisite backdrop for the iconic theme park symbols. A number of darling characters that define the magic of Walt Disney World also pop throughout the towel. 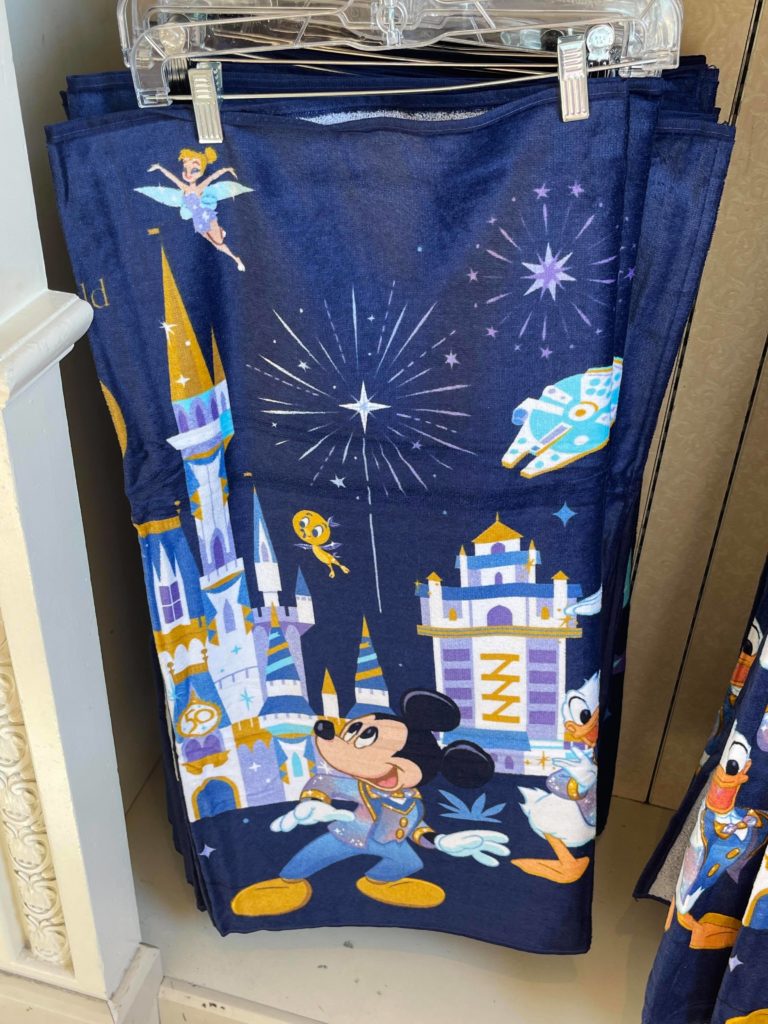 Tinkerbell and the Orange Bird celebrate from the skies as Mickey looks on in the foreground of one side of the towel. The castle, decorated in its 50th anniversary best, In the background, the Hollywood Tower of Terror and Millenium Falcon celebrate the film-based magic of Disney’s Hollywood Studios. 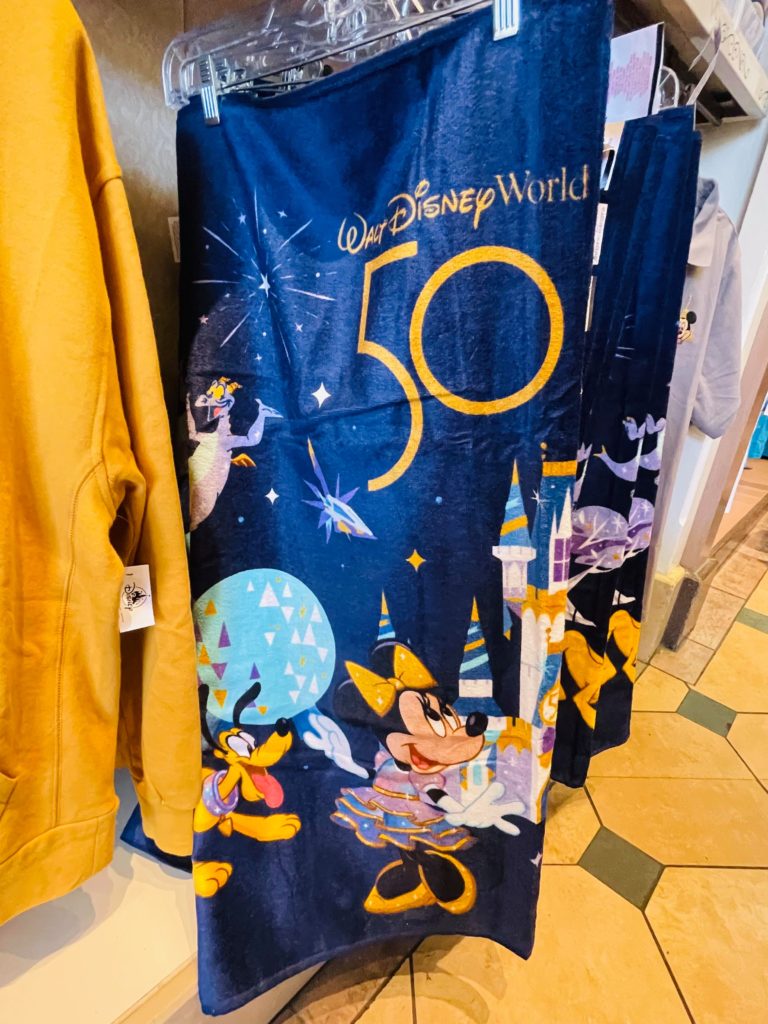 Clad in her EARiridescent best, Minnie joins Pluto on the other side of the castle to to marvel at the 50th anniversary logo. Figment delights as he soars in front of a glowing Spaceship Earth, which includes purple accents to tie in with the glow bedazzling other characters on the towel. 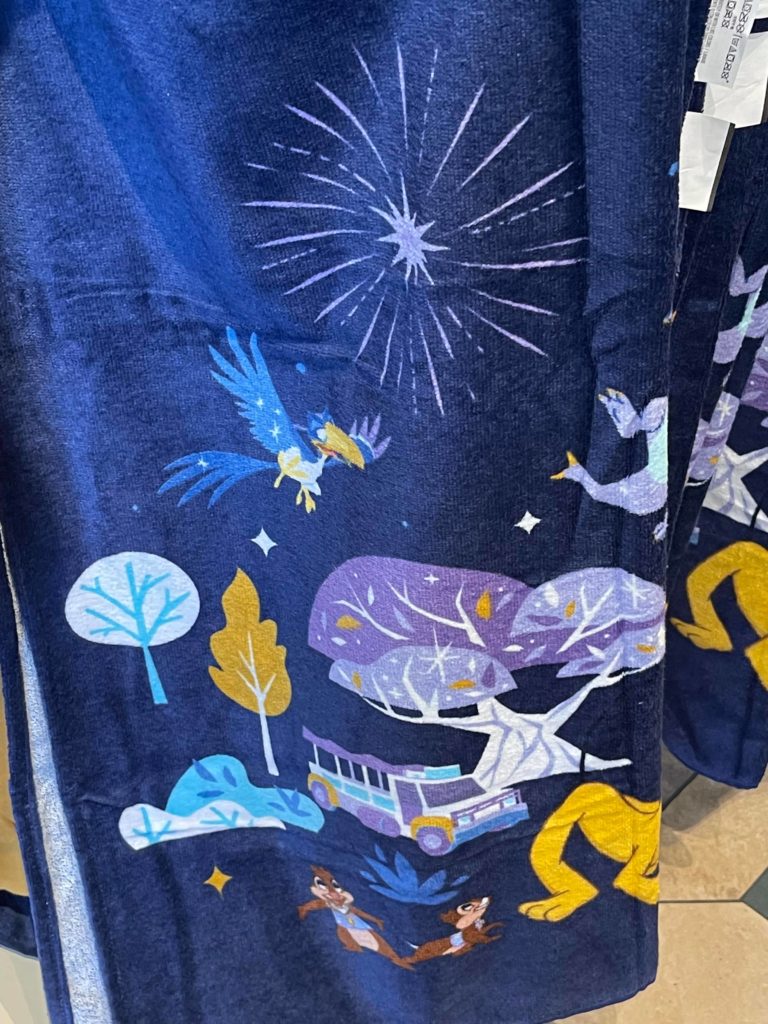 Zazu joins his animal pals Chip and Dale as the new merchandise celebrates the wonder of Disney’s Animal Kingdom, complete with a vehicle from the Kilimanjaro Safari. 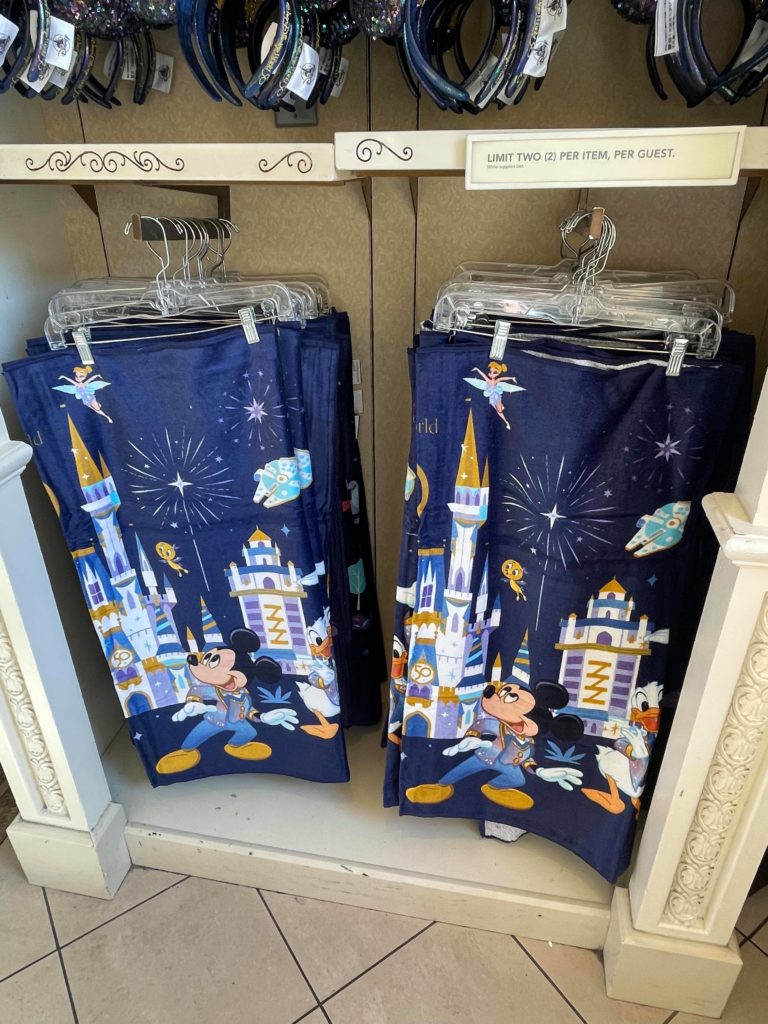 With a limit of two per guest, the towel retails for $31.99. The new beach item certainly adds to a long list of must-have merchandise coming out in celebration of the resort’s incredible milestone. 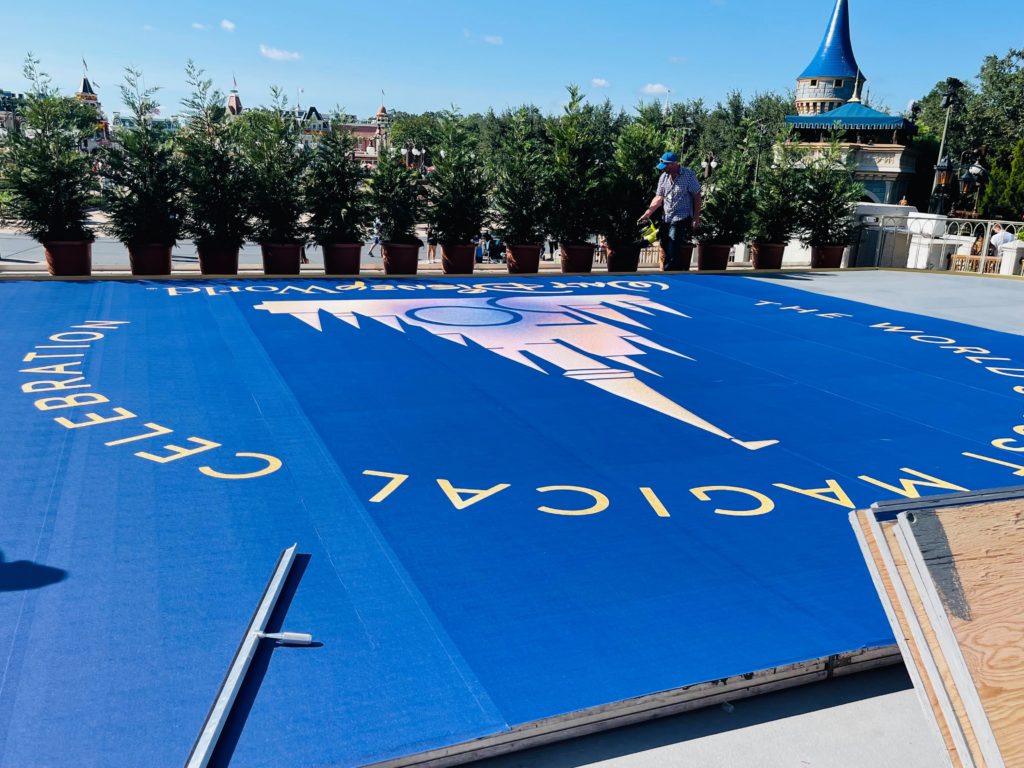 Magic Kingdom guests can also stop by Cinderella Castle to check out the brand new floor being installed for the mainstage. With the return of the “Let the Magic Begin” Welcome Show just a few days away, the excitement continues to grow for all of the exciting announcements still to come regarding the anniversary festivities.