I’ve got a feel good story for your Sunday evening! Last week, Disney World celebrated along with a longtime cast member family. Their daughter Kaylin (an elite runner) won the Gold and Bronze Medals at the Olympic Games in Tokyo! 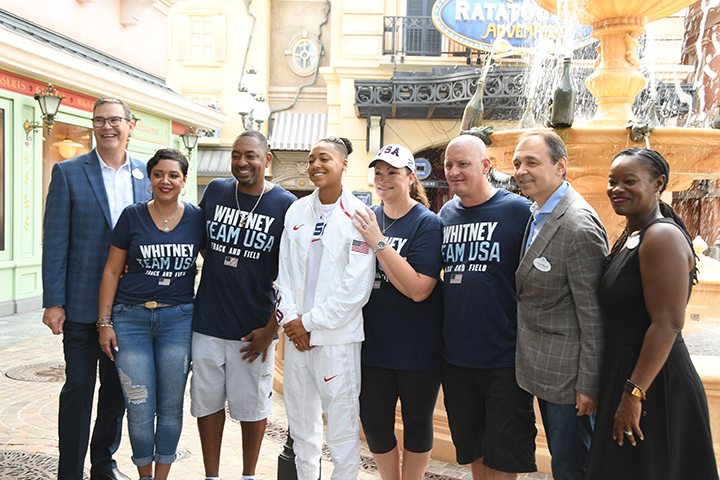 Kaylin Whitney had a chance to celebrate along with parents DuWayne Whitney and Kerrie Dworetsky at EPCOT in Walt Disney World.

EPCOT is a very special place because it is where Kerrie has worked for the last 15 years! The day held a number of magical surprises chief among them was family and friends cheering Kaylin on as she crossed a finish line arriving in the new expansion of the France Pavilion. 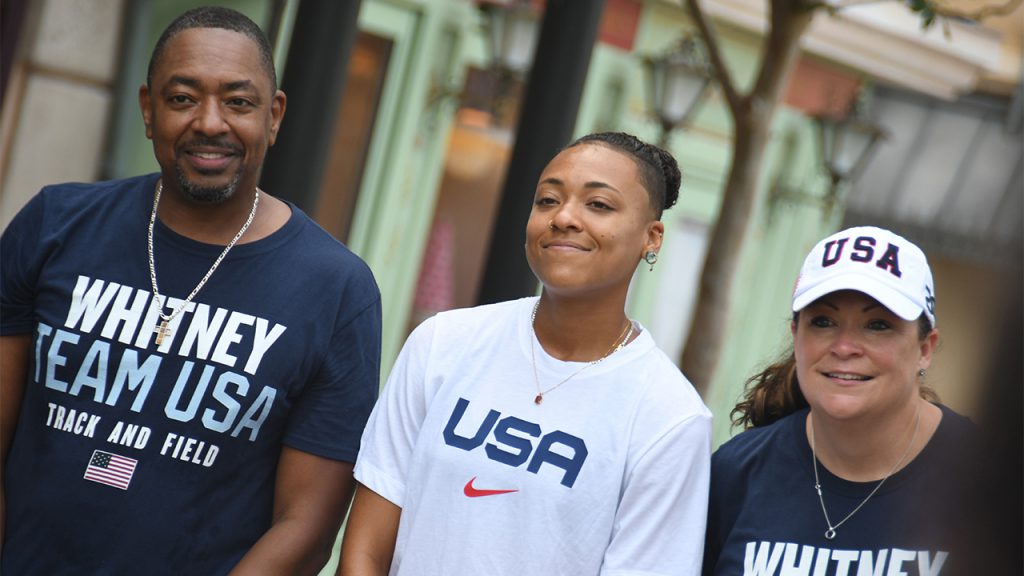 After snapping some celebratory photos, the group was able to enjoy the park together which included a “squeak peek” of Remy’s Ratatouille Adventure before it opens later this week!. 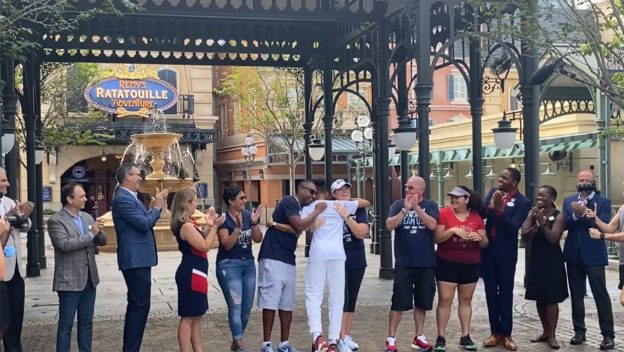 So where did Kaylin get her incredible athletic abilities!? Some of this comes from her dad DuWayne, (also a DVC Cast Member of 25 years.) He ran track in high school and at the University of Arkansas.

What’s next for Kaylin? At the moment, she is enjoying traveling around the world while doing what she loves!   Kaylin also said she hopes to work at Disney one day which isn’t surprising.  Not only do her parents work at Walt Disney World but her grandparents also worked at Disney.  Disney figured out the Kaylin’s family members have worked at Walt Disney World for a sum total of 87 years!

Join us in giving Kaylin a massive CONGRATULATIONS!

Readers are encouraged to keep following along with MickeyBlog where we’ll be coming to you LIVE! from the theme parks all week long in the lead in to Disney World’s 50th Anniversary Celebration.