Driving past Magic Kingdom earlier today, we spotted some very daring spacemen bravely ascending the sloped sides of the iconic Space Mountain. Upon closer inspection, the ‘spacemen’ turned out to be something even cooler: Imagineers sprucing up the structure ahead of the 50th Anniversary! 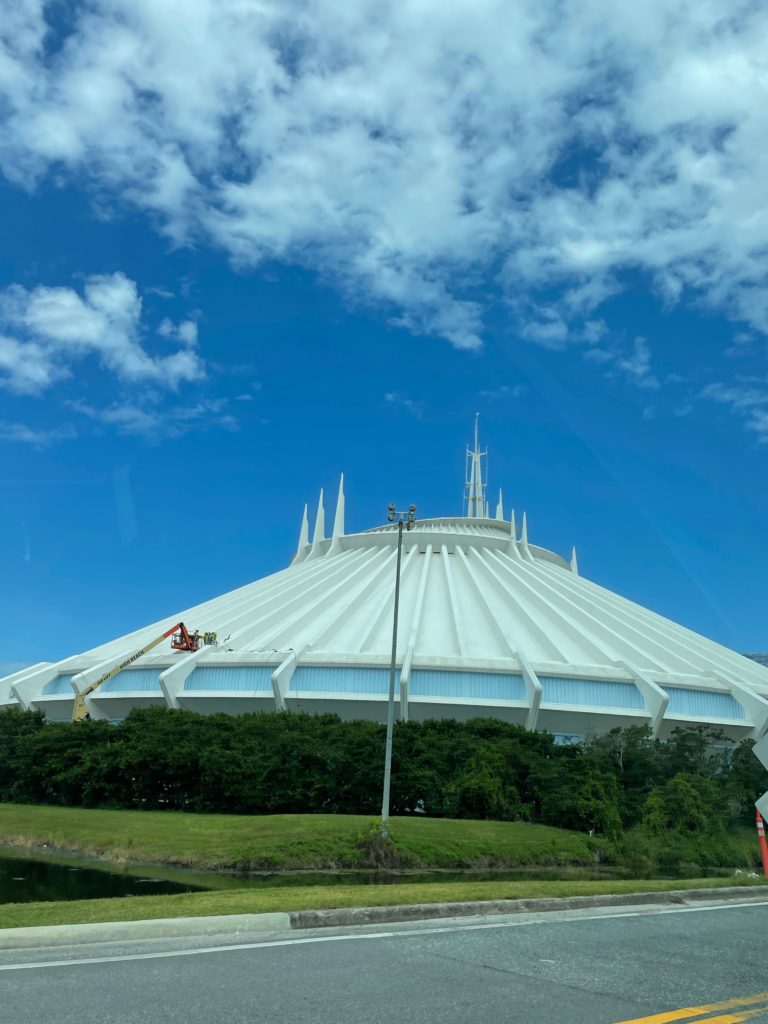 Space Mountain’s stark white color scheme certainly helps garner the ‘wow’ factor from guests as they approach the attraction…but we all white is also very difficult to keep clean. To ensure Space Mountain is looking as pristine as it did when it opened, Imagineers waited until the very last minute to order a proper power washing of the structure before the 50th Anniversary celebrations officially begin next week!

In the photos, you can see the Imagineers moving a platform that they use to move around the exterior of Space Mountain as they clean. The platform is secured by an industrial-grade pulley system.

This Imagineer is laying and securing the rope for the platform’s pulley system to be put in place. You can clearly see the area he is working above is ready for a good washing!

Once the the platform is rigged, the Imagineers can be moved up and down Space Mountain while they power wash and touch up any areas that appear less-than perfect. Between the last-minute re-painting of the Train Station we spotted to this, it’s clear to us that Magic Kingdom will be in its best form come October 1!