Throughout the day we’ll be sharing some of the incredible 50th Anniversary items you’ll want to be on the lookout for during your visit! Let’s dive in! 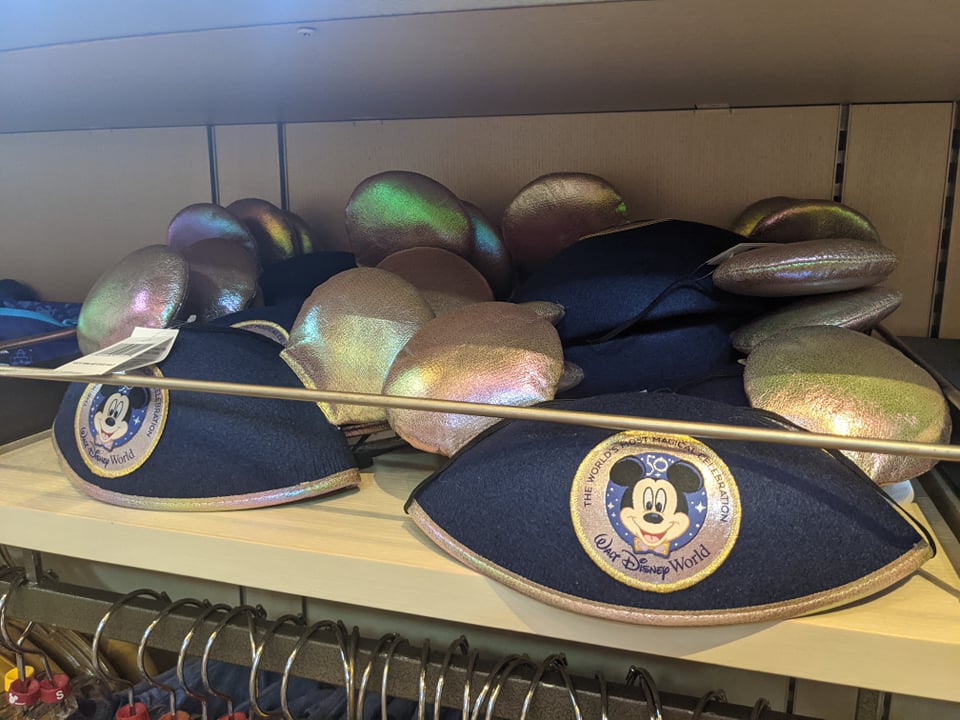 First up are these adorable Mickey Ears. 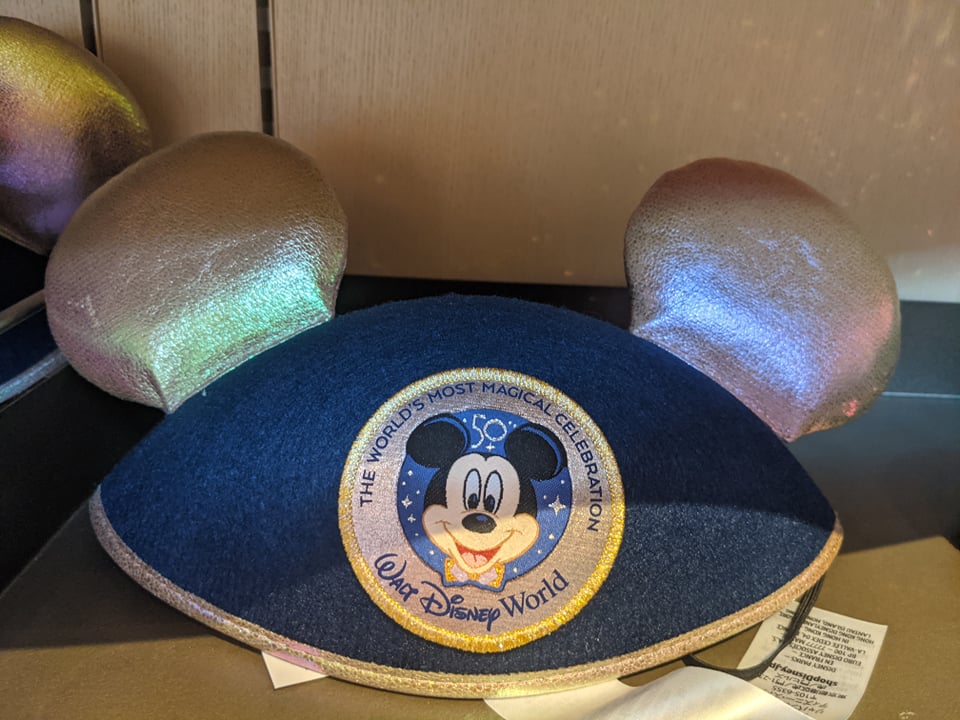 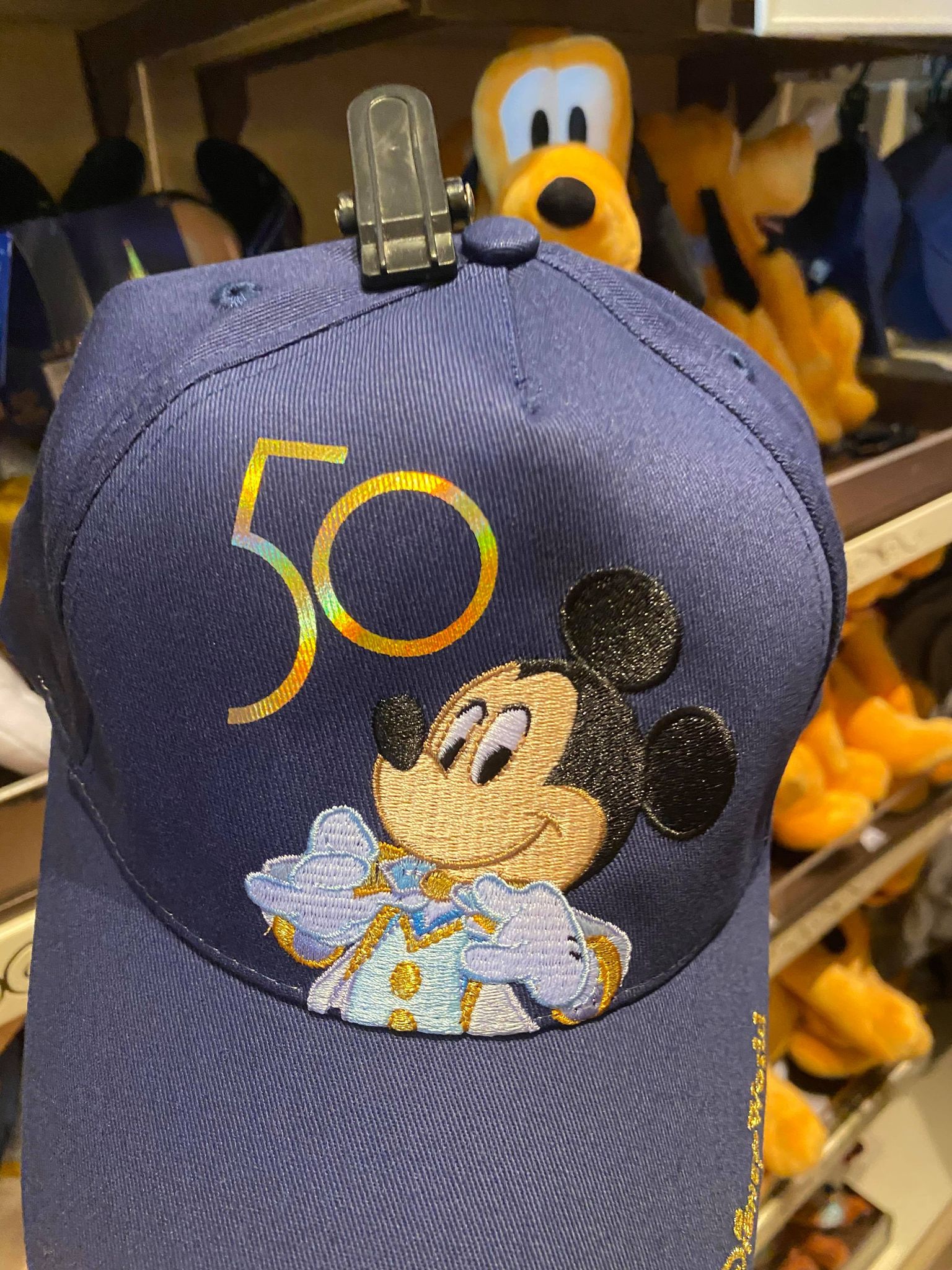 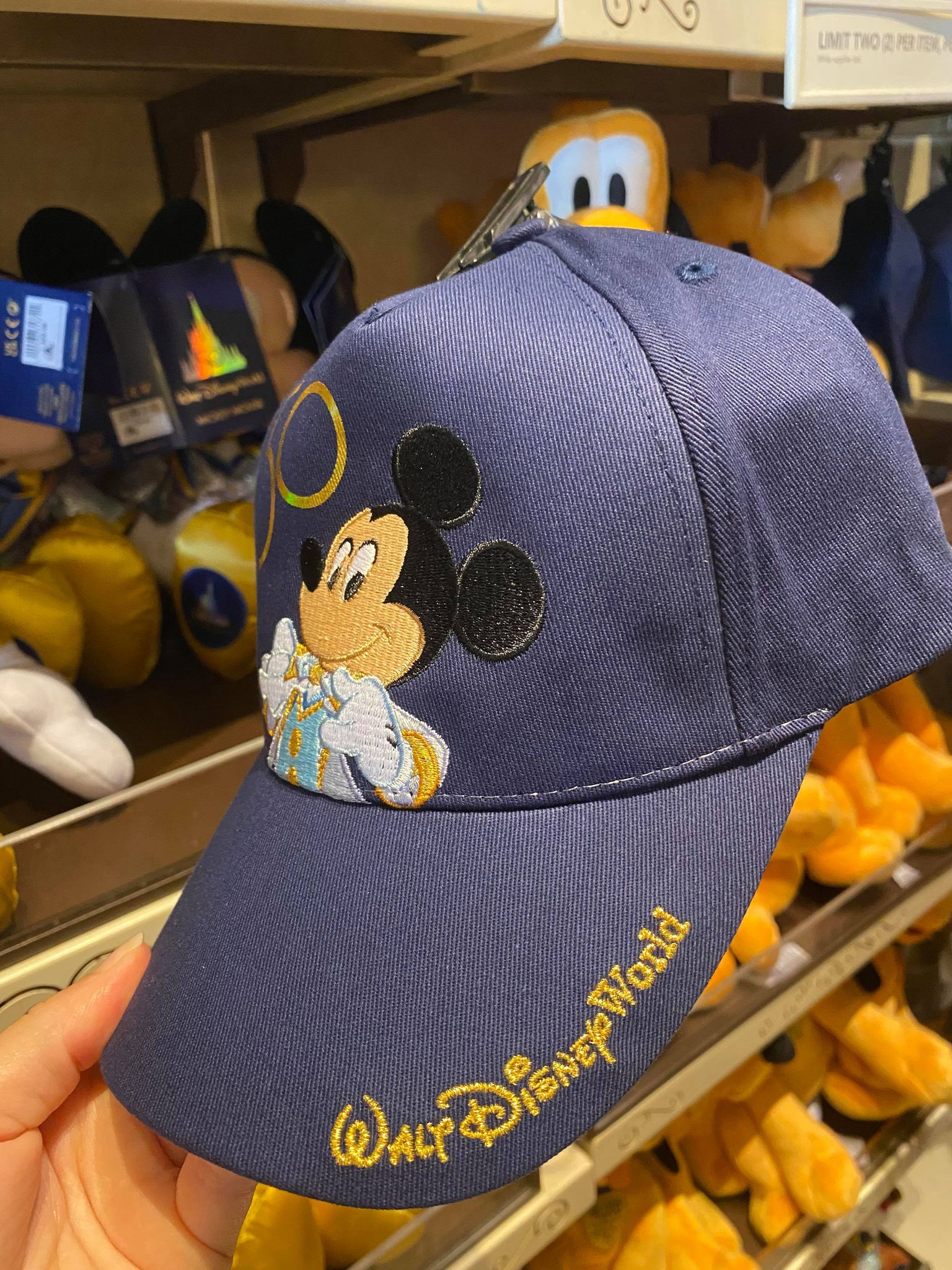 There’s a 50 in gold metallic lettering on the front and the brim has the Walt Disney World logo. 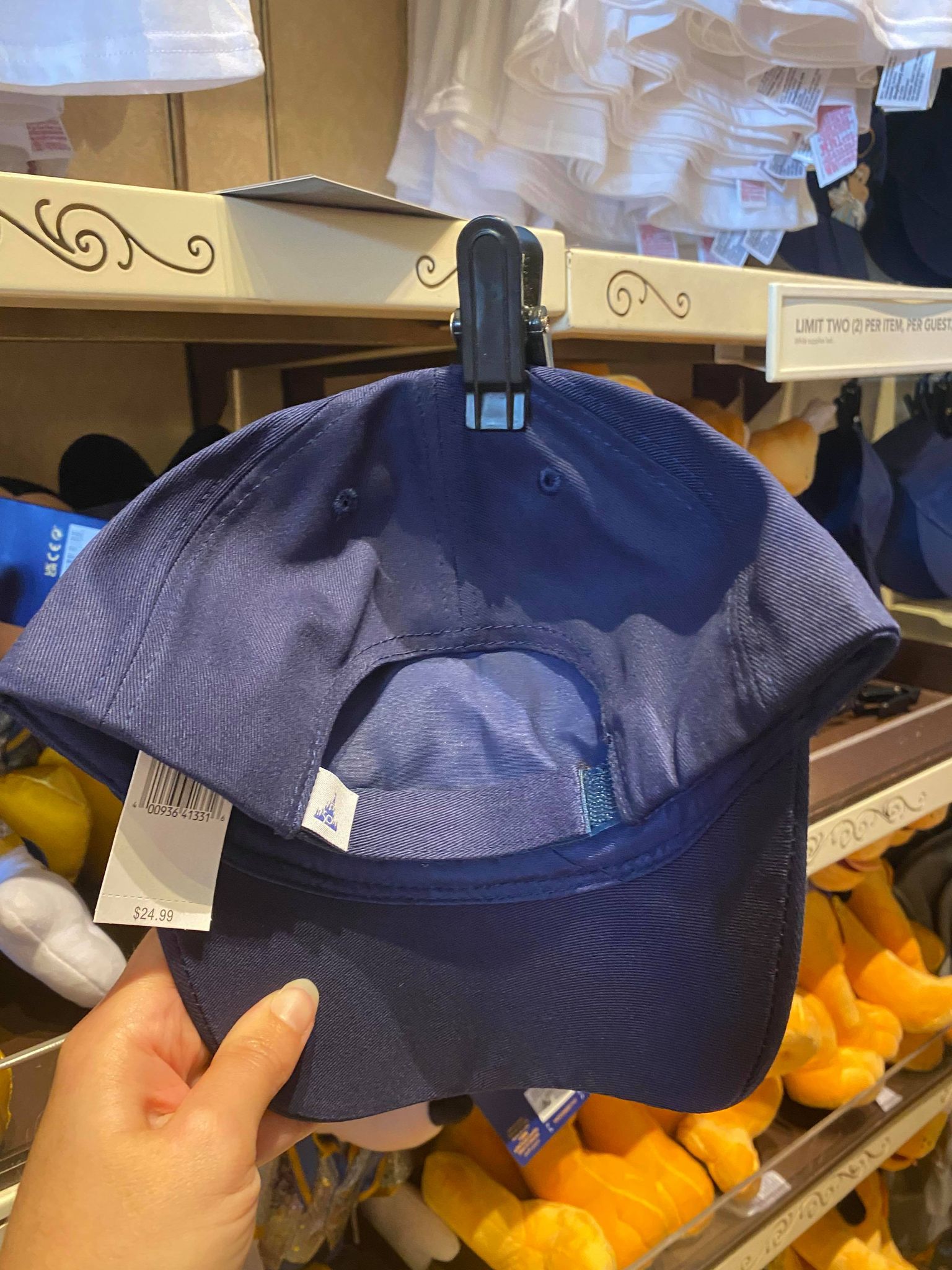 The hat features an adjustable strap and retails for $24.99. 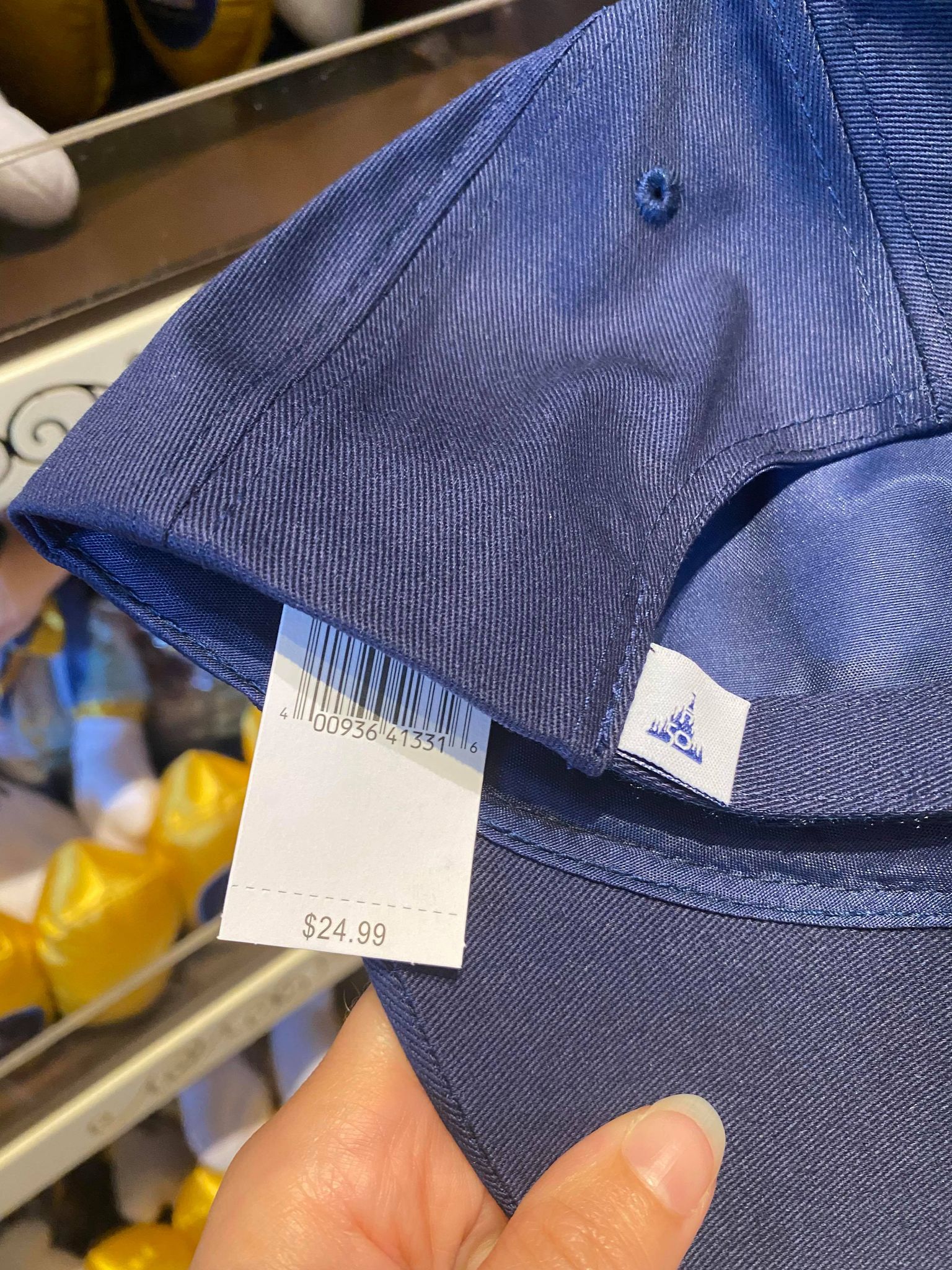 This item is a must-have for Disney fans to keep out the hot Orlando sun during your theme parks visit. 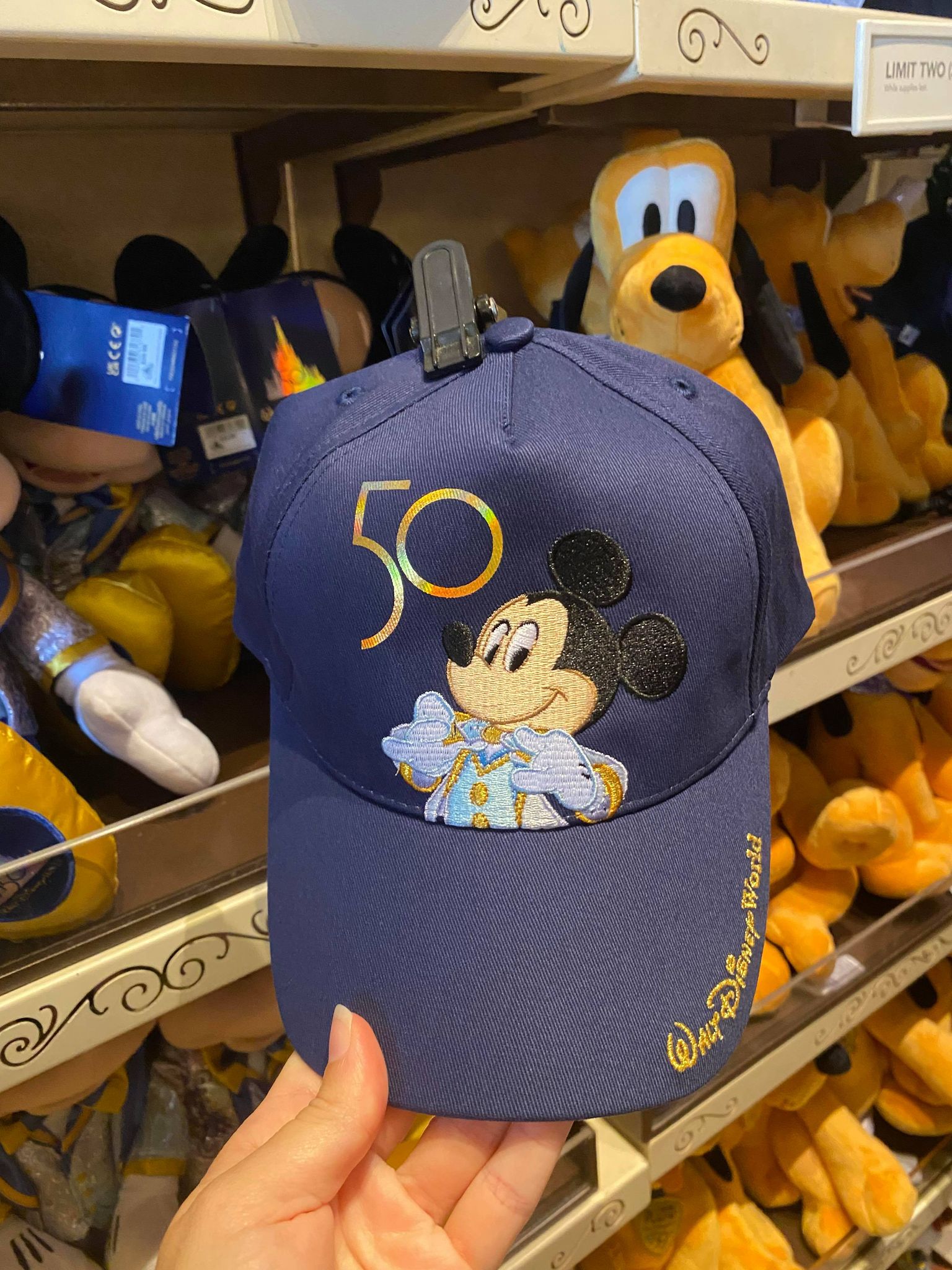 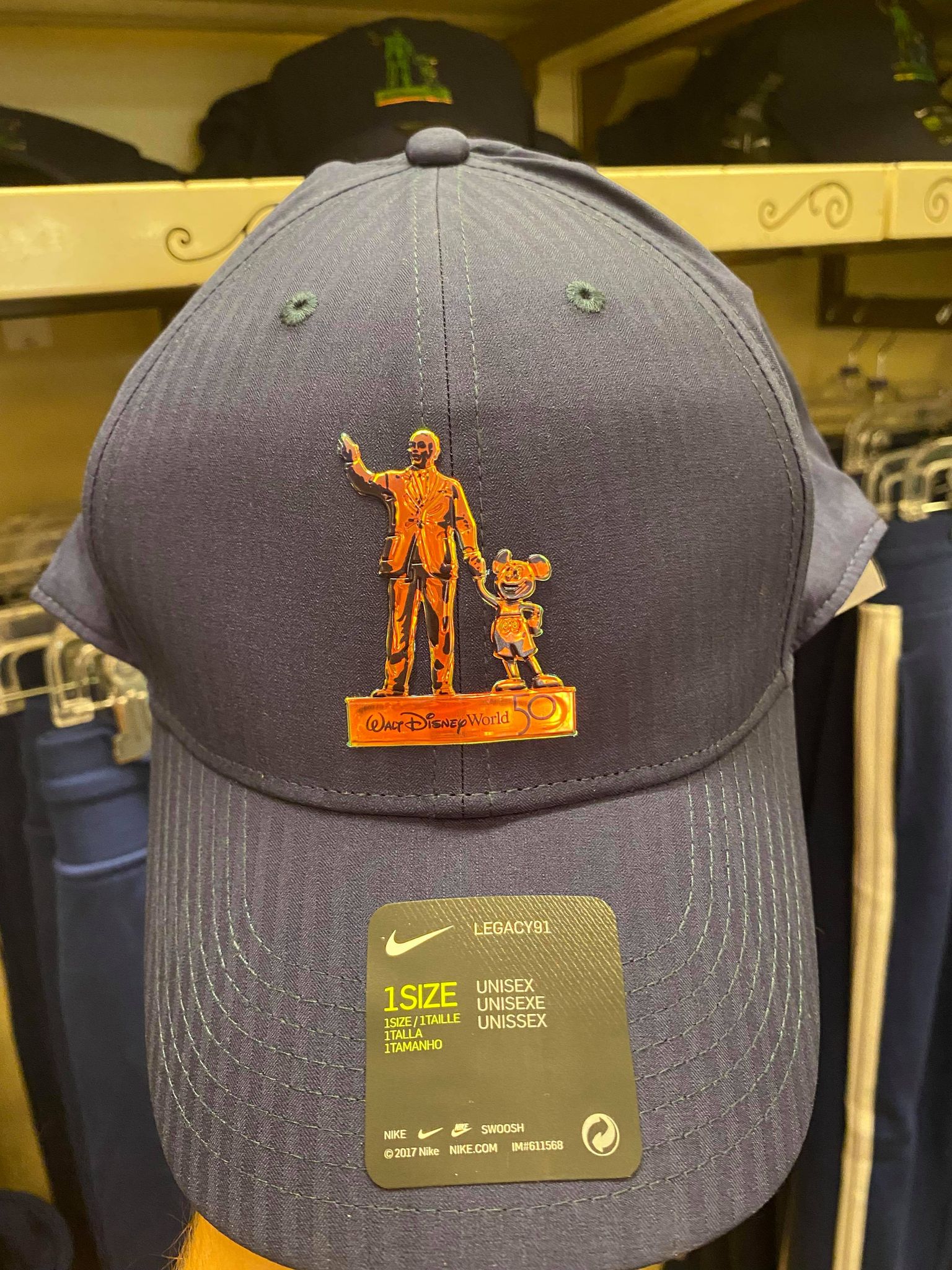 This item is from Nike and features a gold Partners Statue at the center. 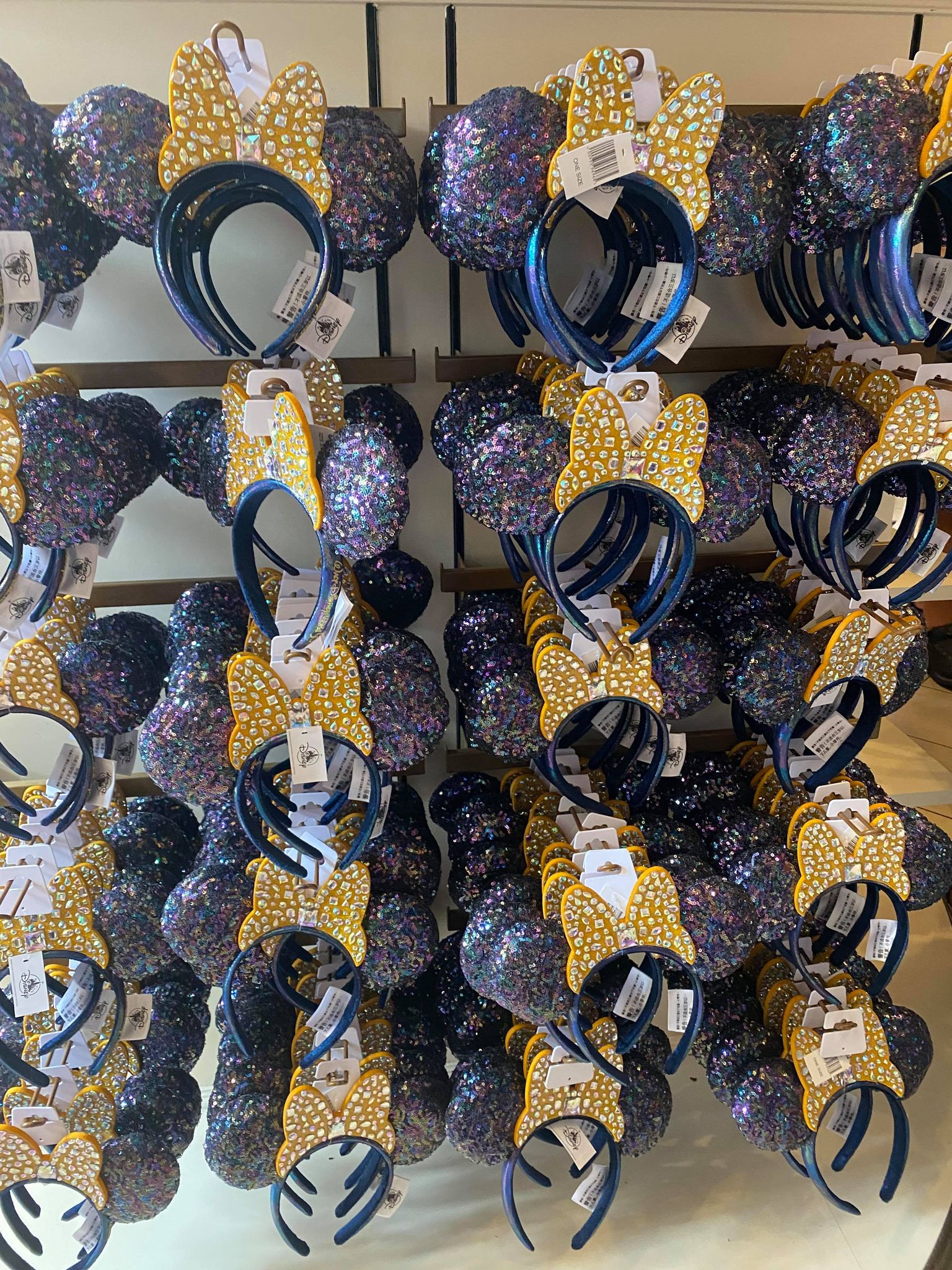 We are also pleased to announce this year that there are two different types of 50th Anniversary Minnie Ear headbands that dropped today! 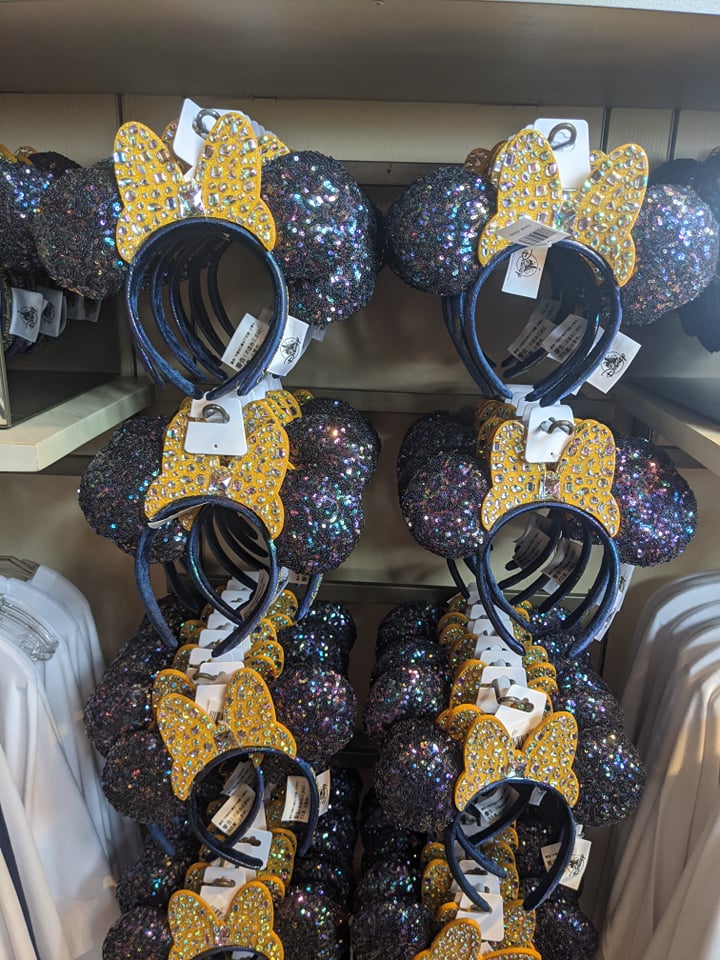 The first are these totally glammed up pair featuring a bejeweled center gold bow. 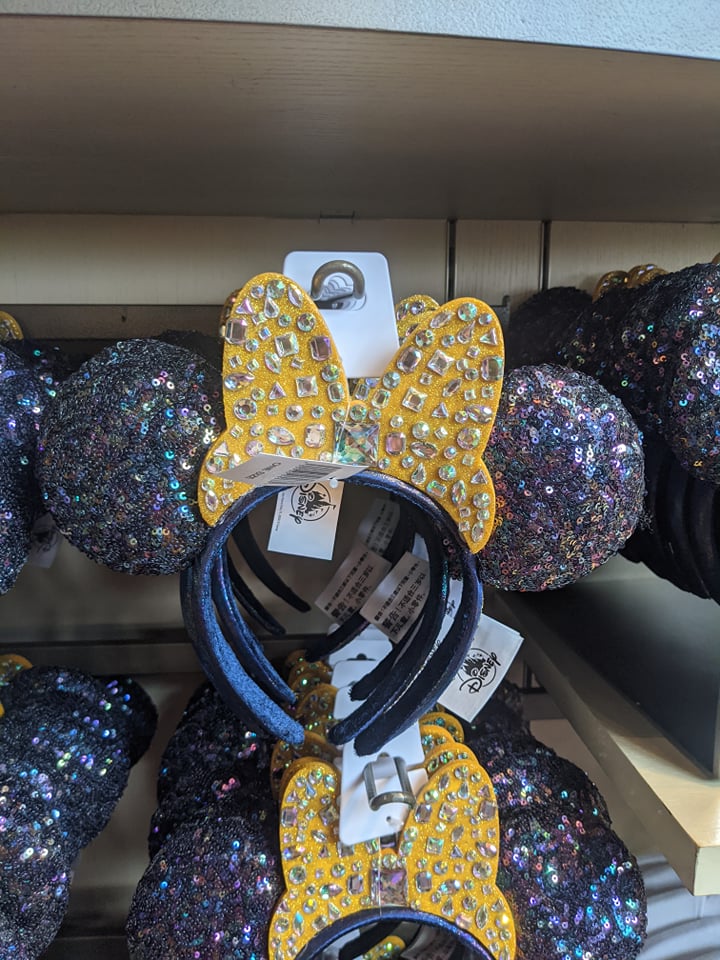 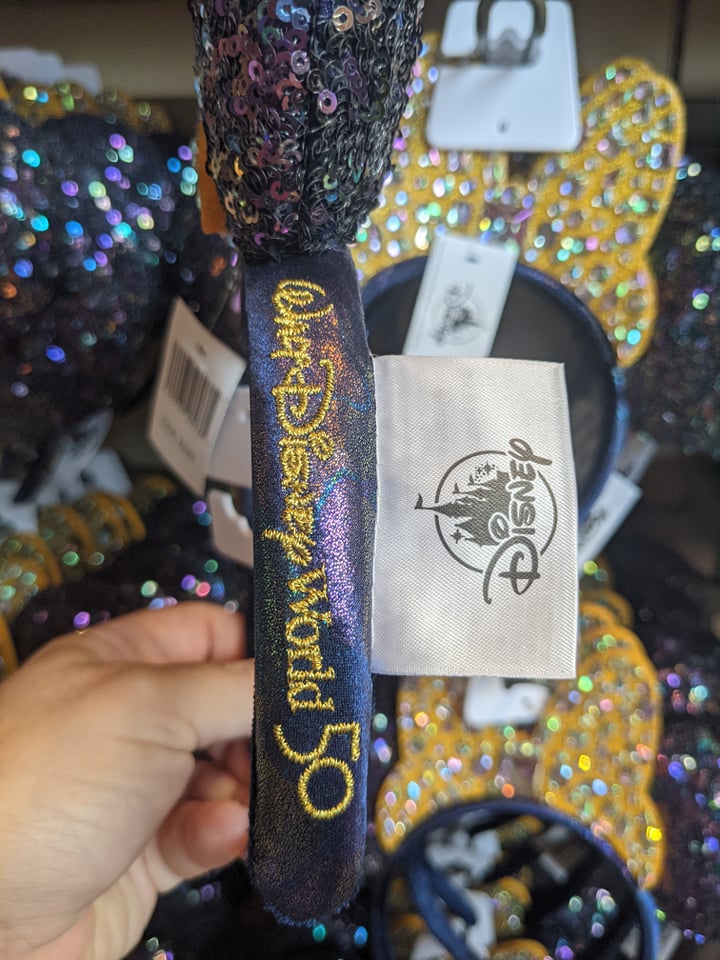 They feature the embroidered 50th Anniversary logo on the Navy velour band! 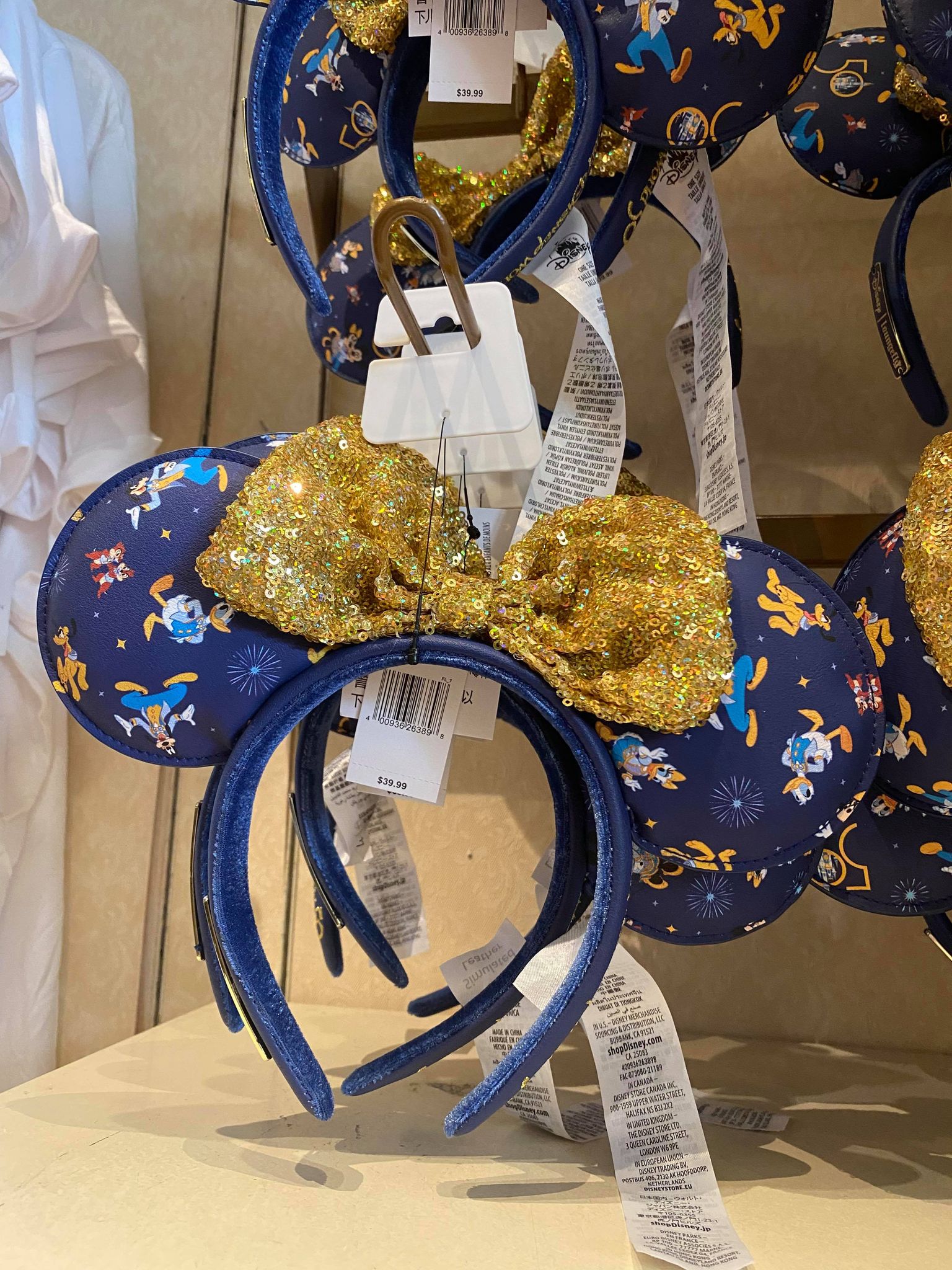 We also caught site of the Loungefly version above which features an all over 50th Anniversary print featuring Donald, Pluto, Chip and Dale, Goofy, Daisy and Cinderella Castle. These ears retail for $34.99.

We’ve merely skimmed the surface of the incredible 50th Anniversary merch now available. Keep following along with us for more!