Good morning Disney friends! MickeyBlog is back over at EPCOT this morning where the first thing we’ve noticed is that more Lightning Lane signage has gone up overnight! 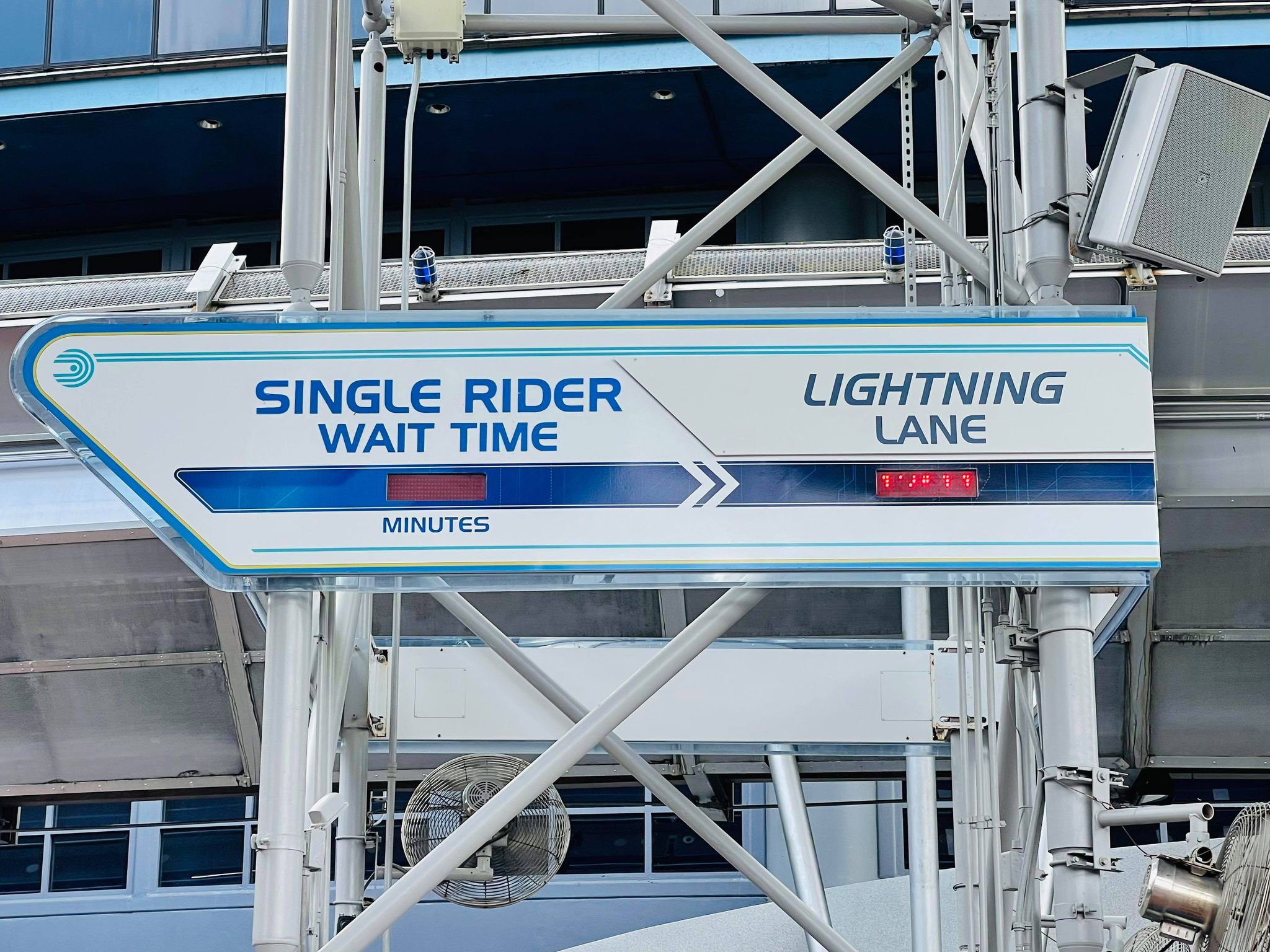 Our first stop was at Test Track. 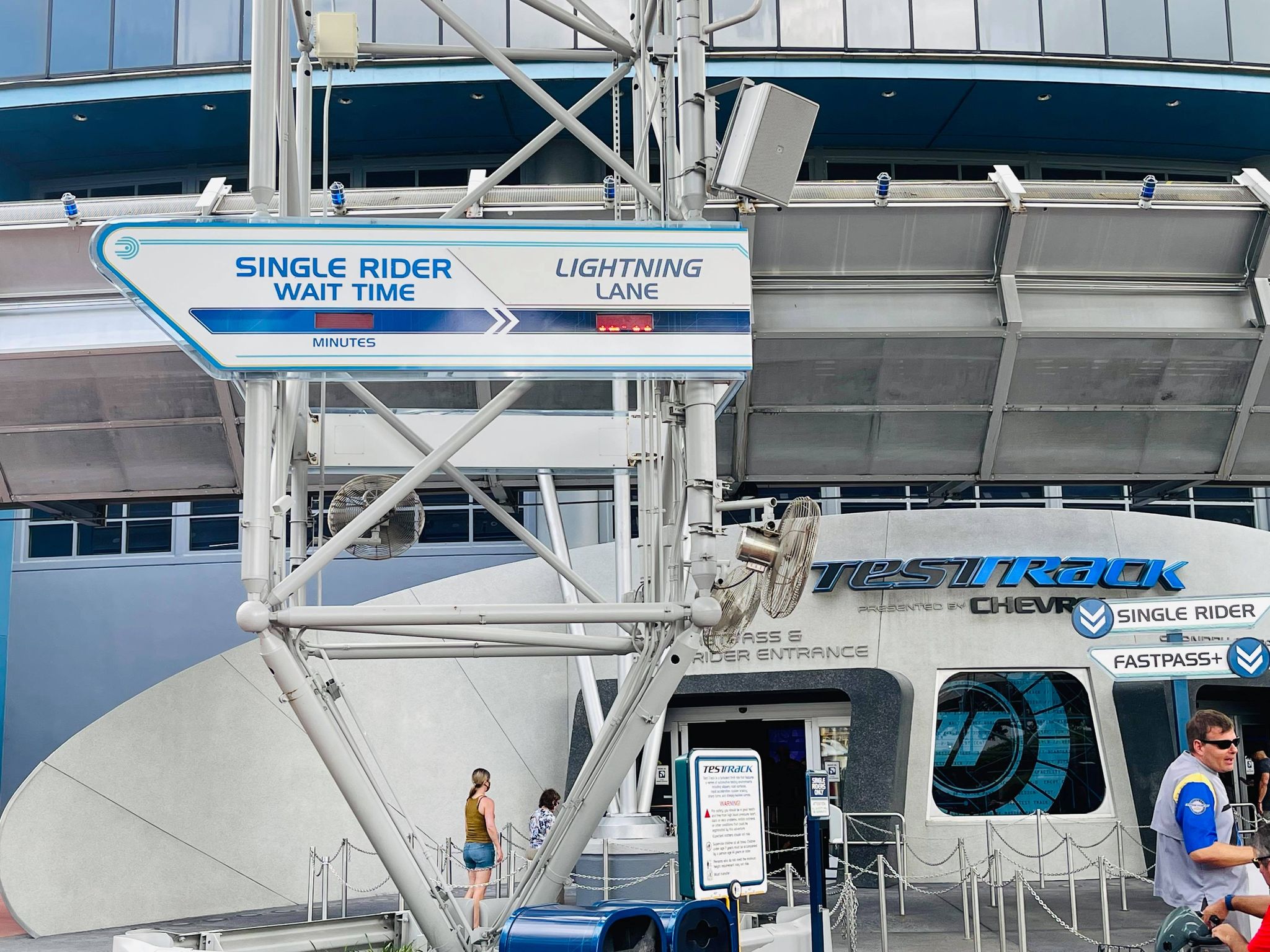 Pssst. Lines are short at Test Track just now so if you’re at EPCOT make a beeline! 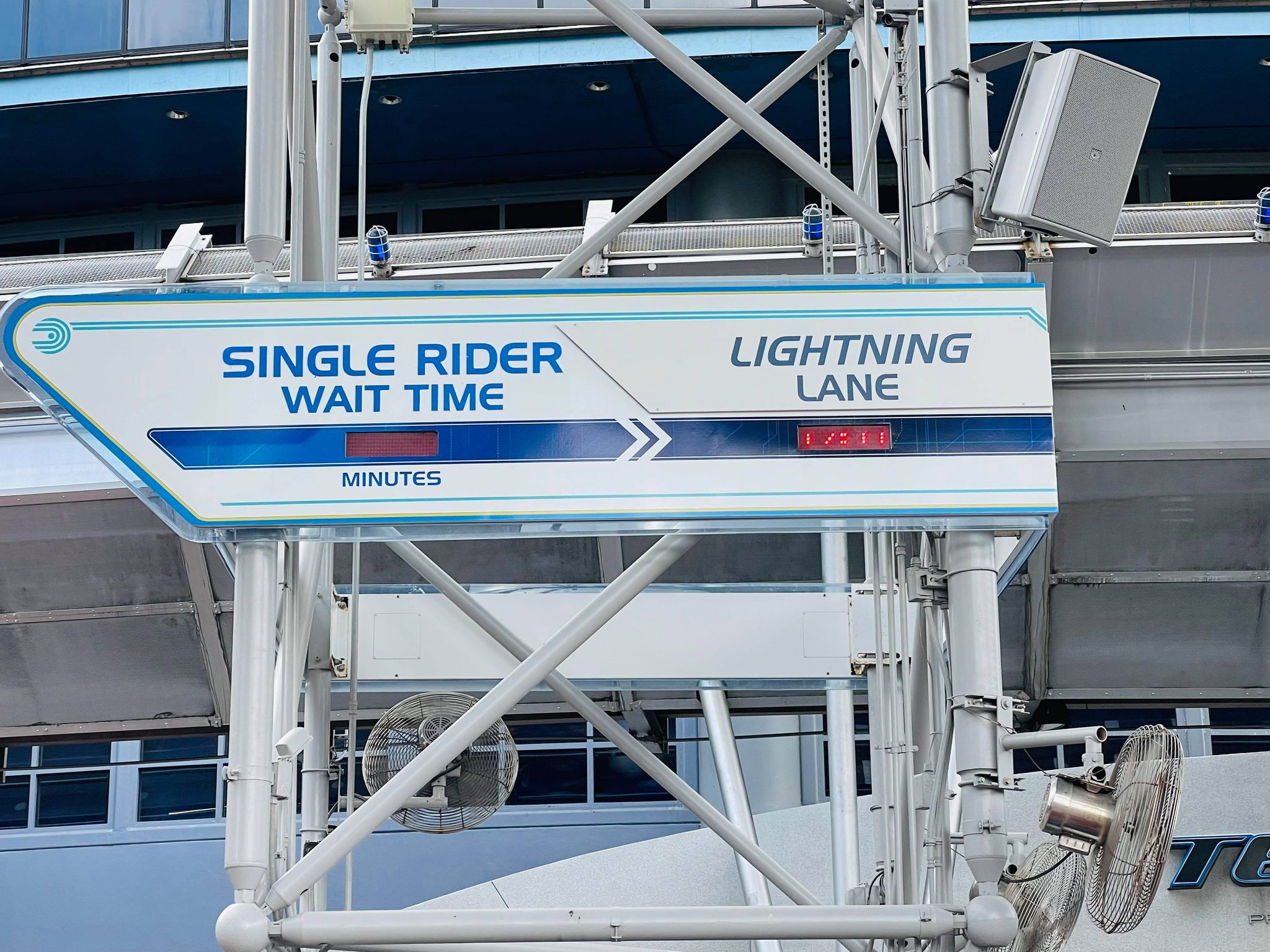 Lightning Lane has replaced FastPass on the overhead sign at the beginning of the queue! 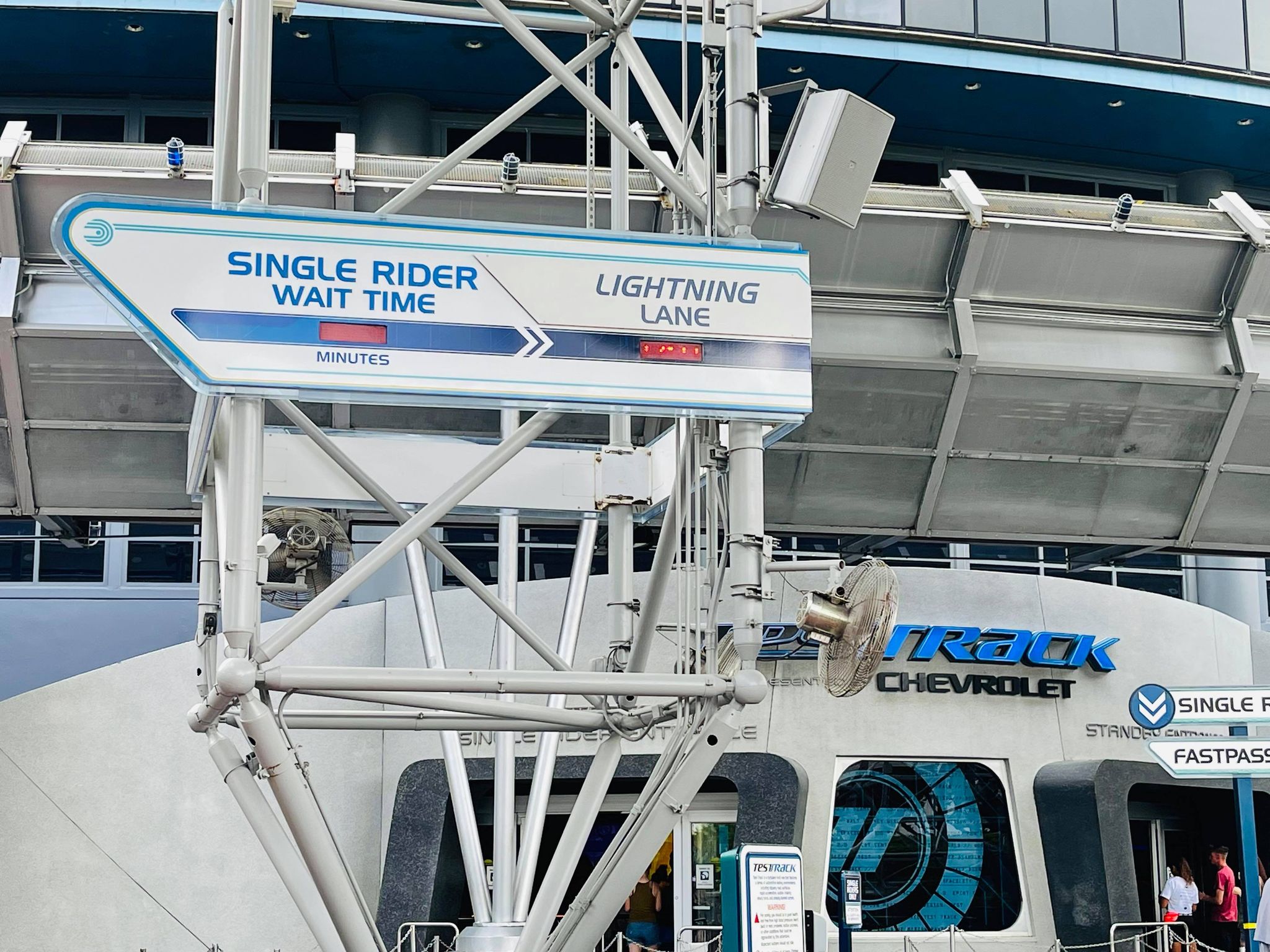 You can also see the addition signage to your right and notice that the FASTPASS portion of the sign hasn’t been changed over just yet. 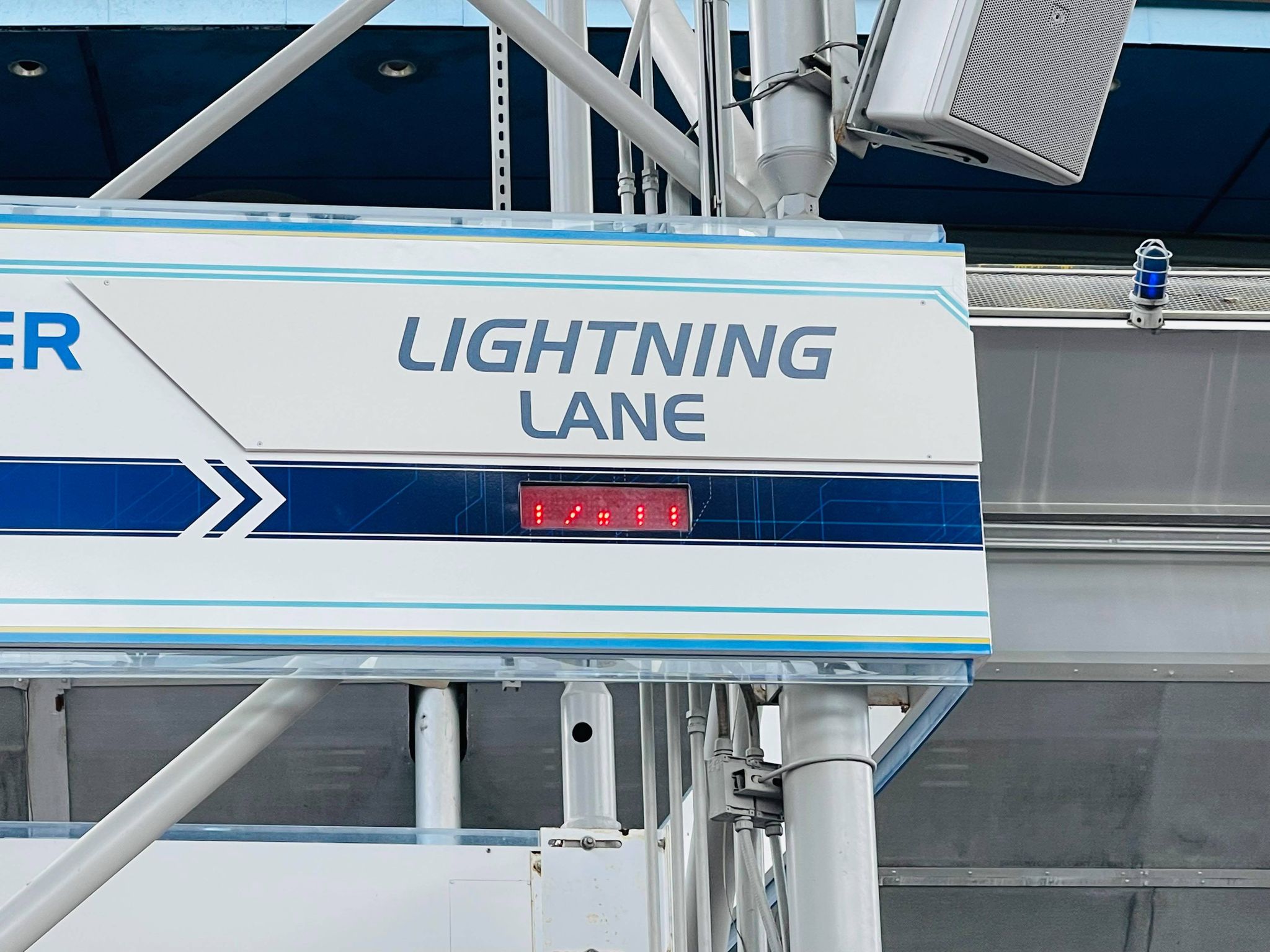 As we’ve previously explained all of the sign replacements are happening after hourse! 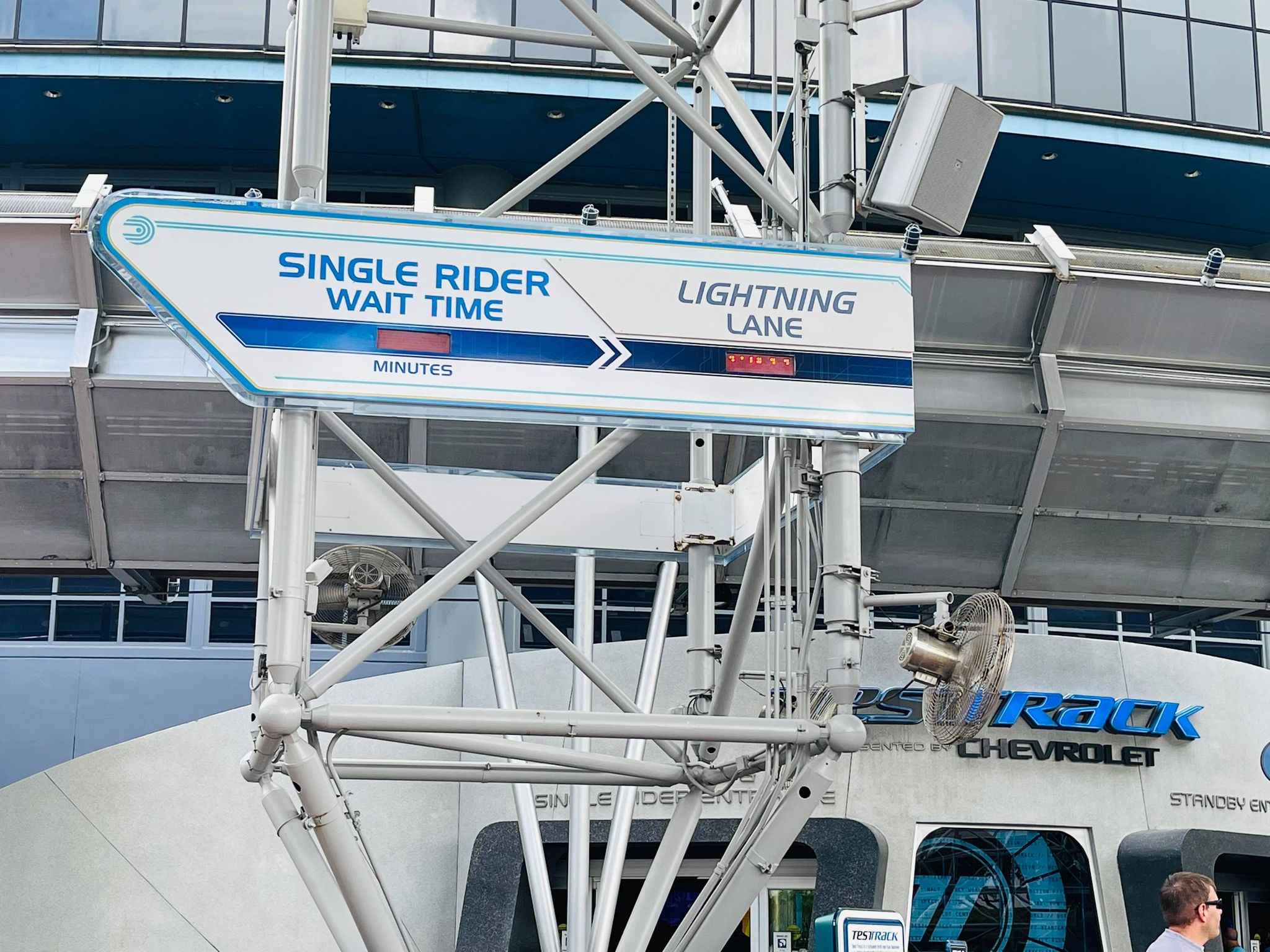 That means that Disney only has a finite amount of time to get the signs up before it’s the start of a new day. 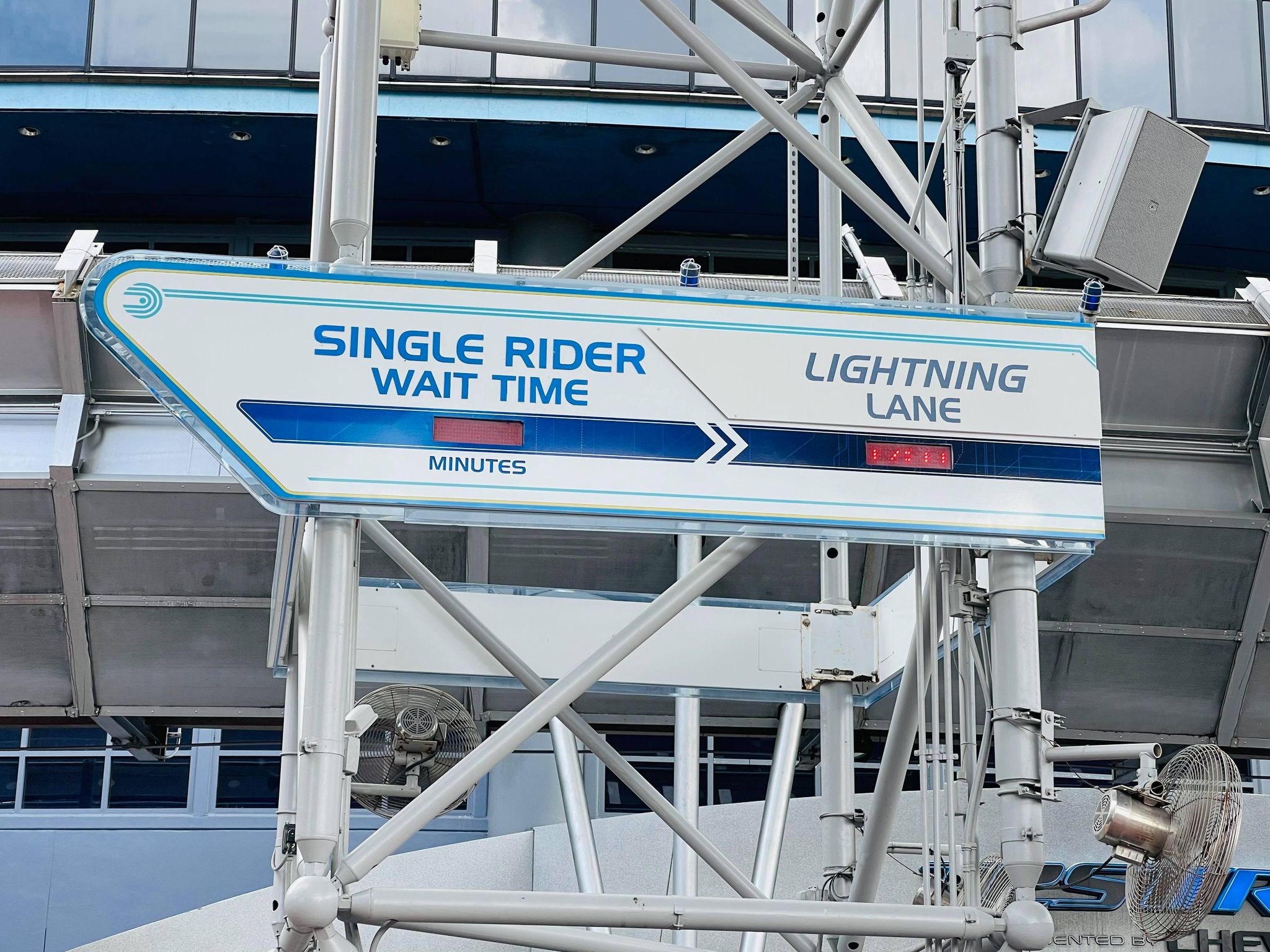 With that in mind, some of the attractions that will be a part of Lightning Lanes have yet to have their signs switched over. 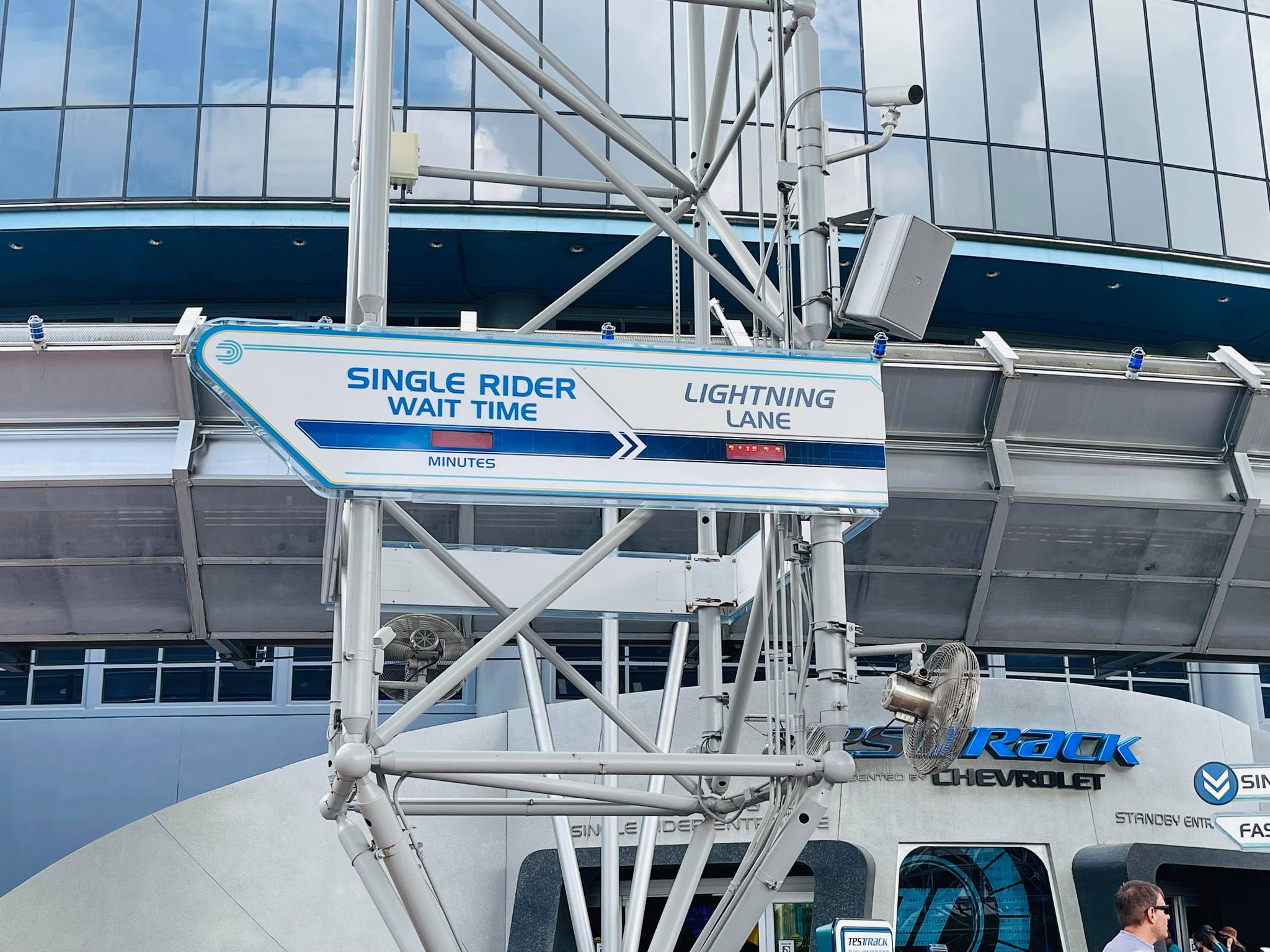 Or in the case of Test Track only some of the signs on an attraction have been updated. 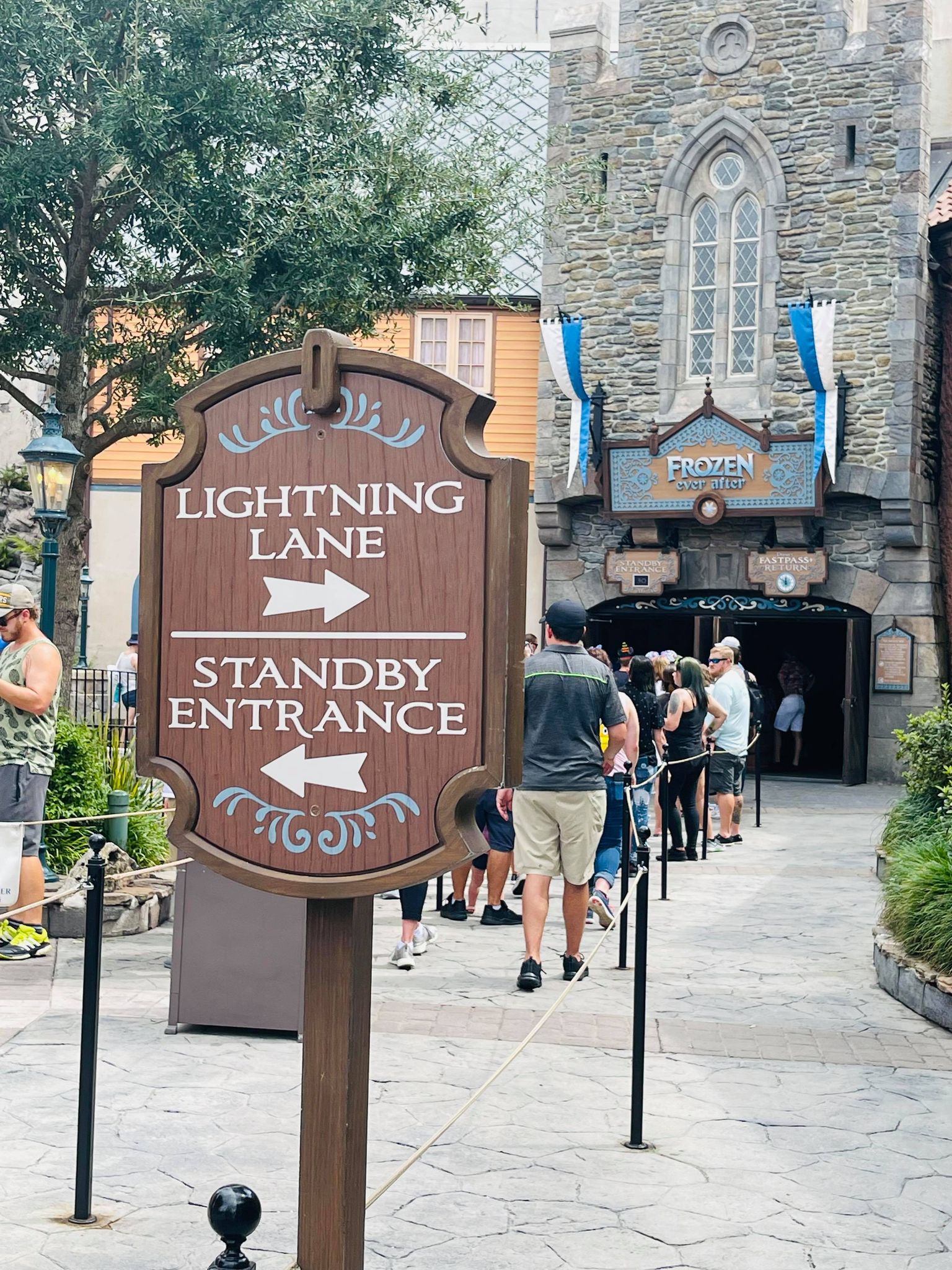 It’s a similar situation at Frozen Ever After in the World Showcase. 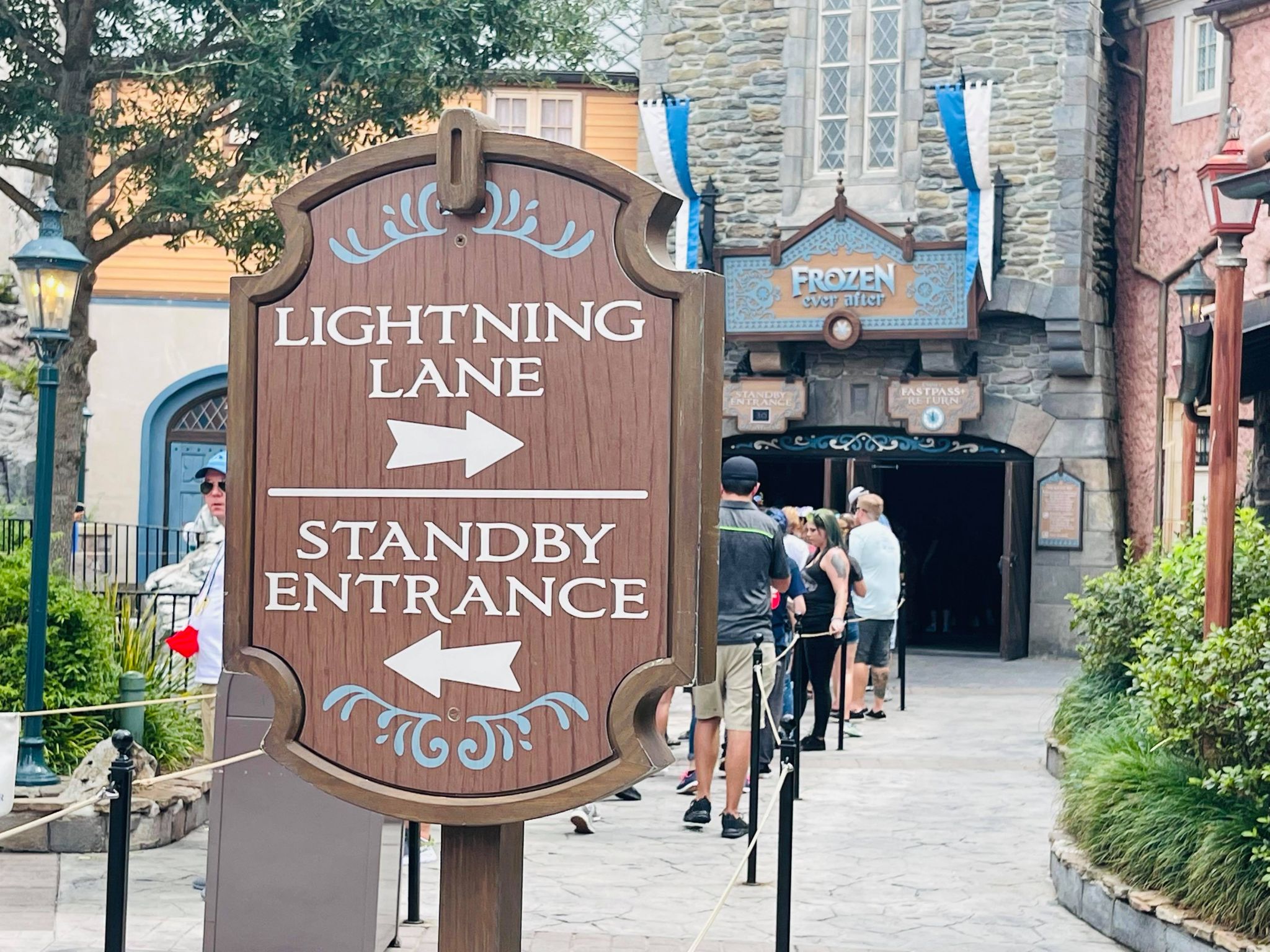 As you can see, the queue now has a brand new Lightning Lane sign at the start of the line (near Akershus Royal Banquet Hall.) 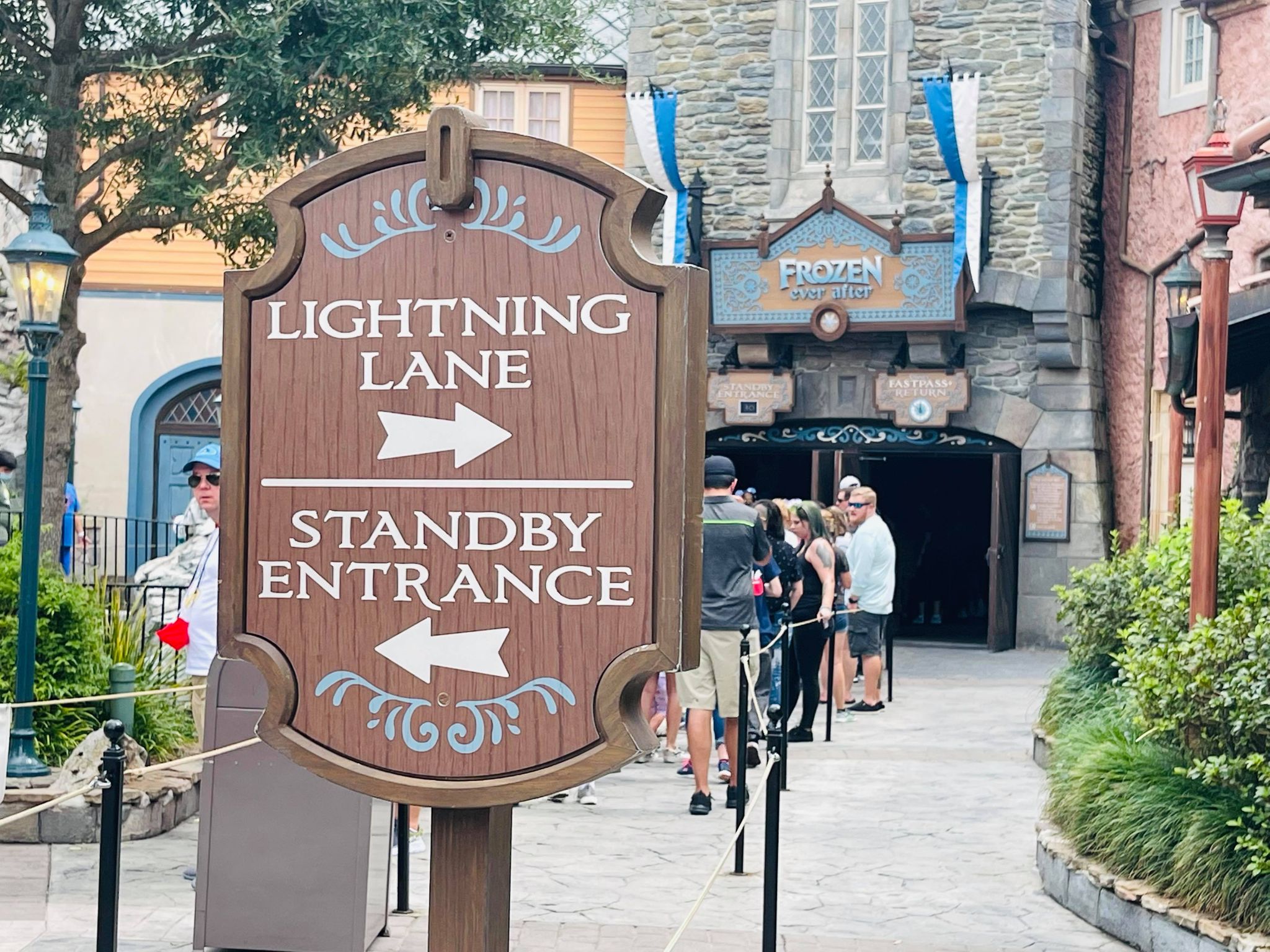 However, if you look forward to the indoor portion of the queue, you’ll notice that sign is still for FastPasses. 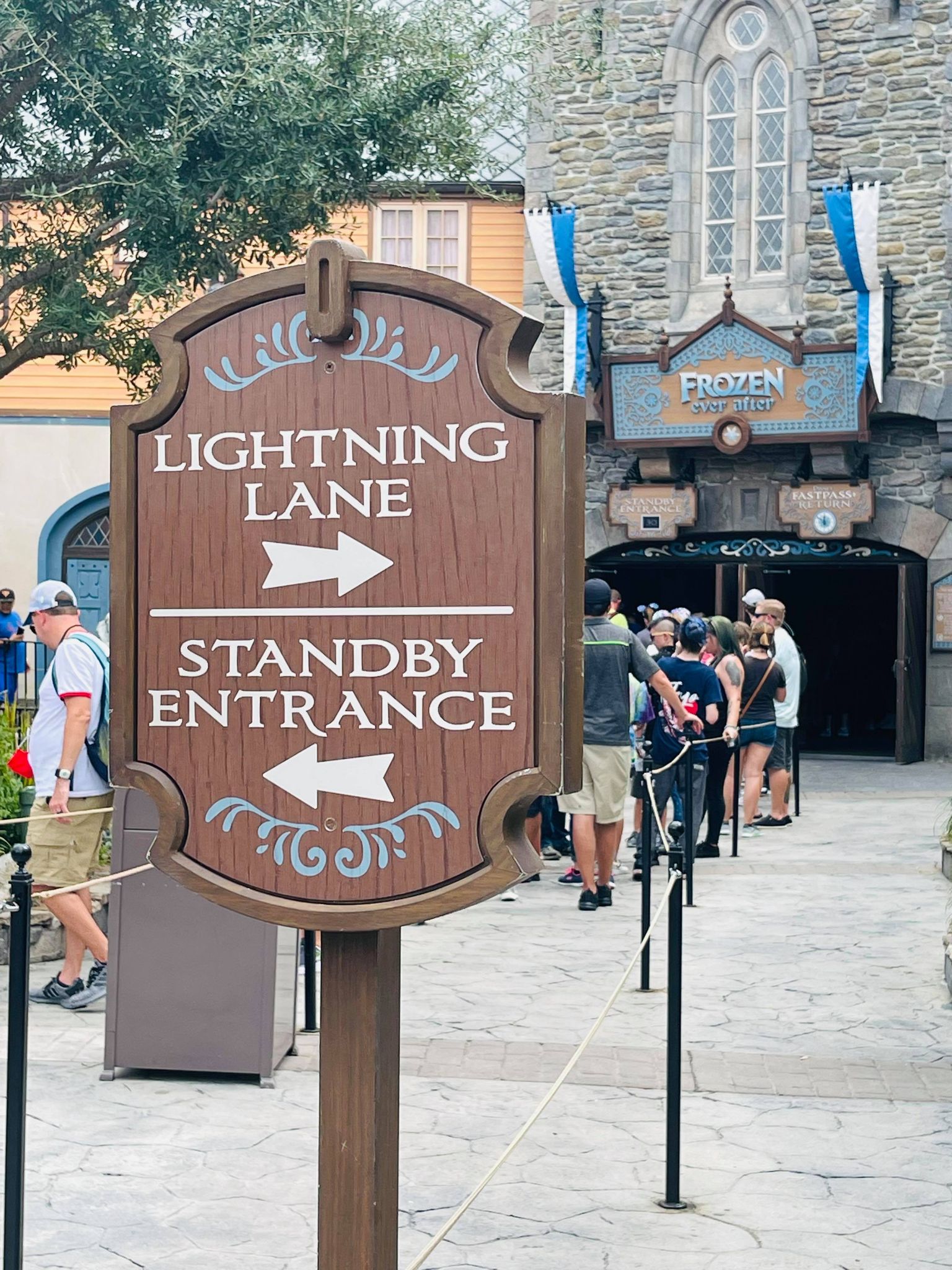 For some reason, this next attraction really makes Lightning Lanes feel so official! 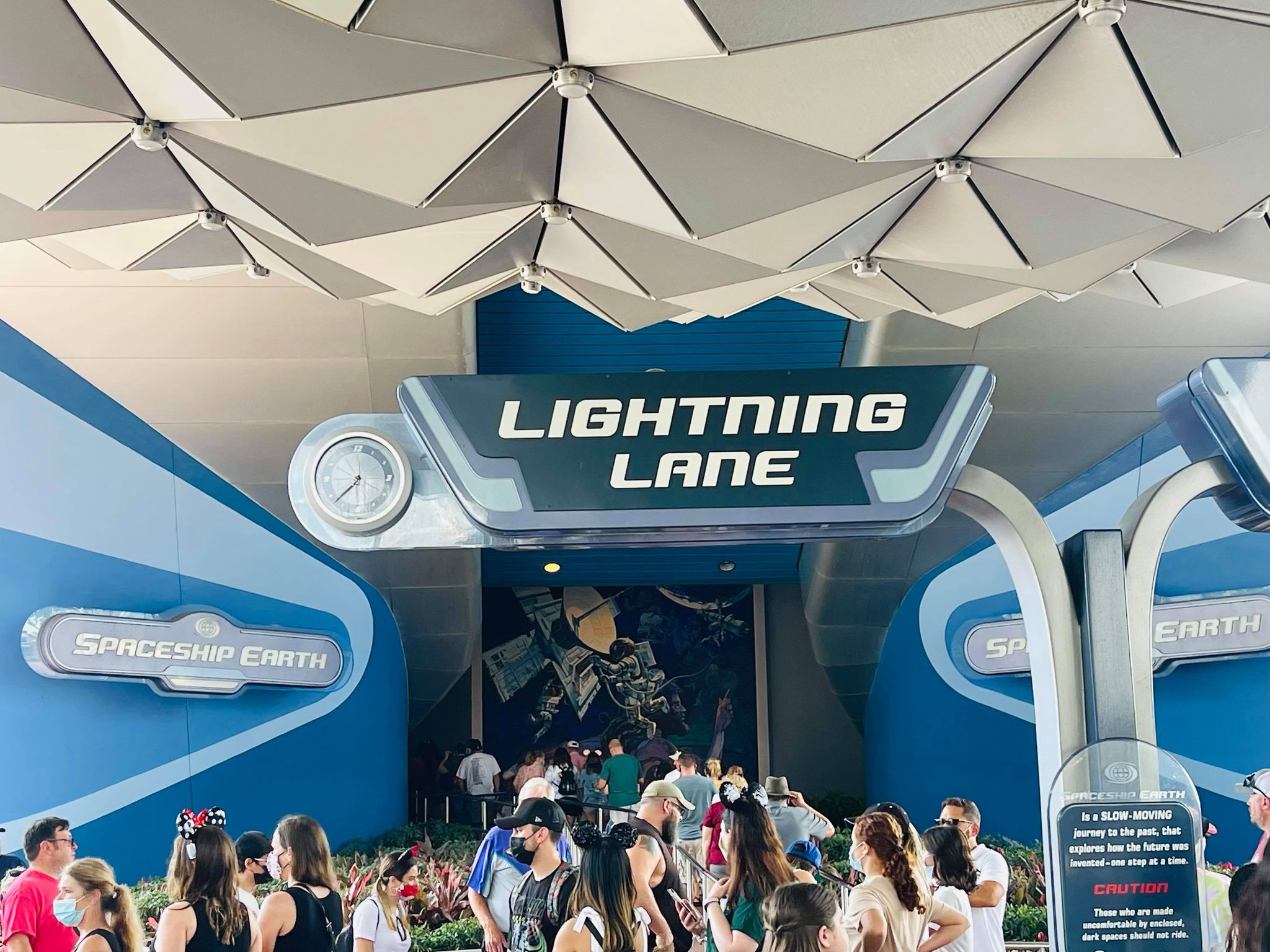 Yup, it’s none other than Spaceship Earth. 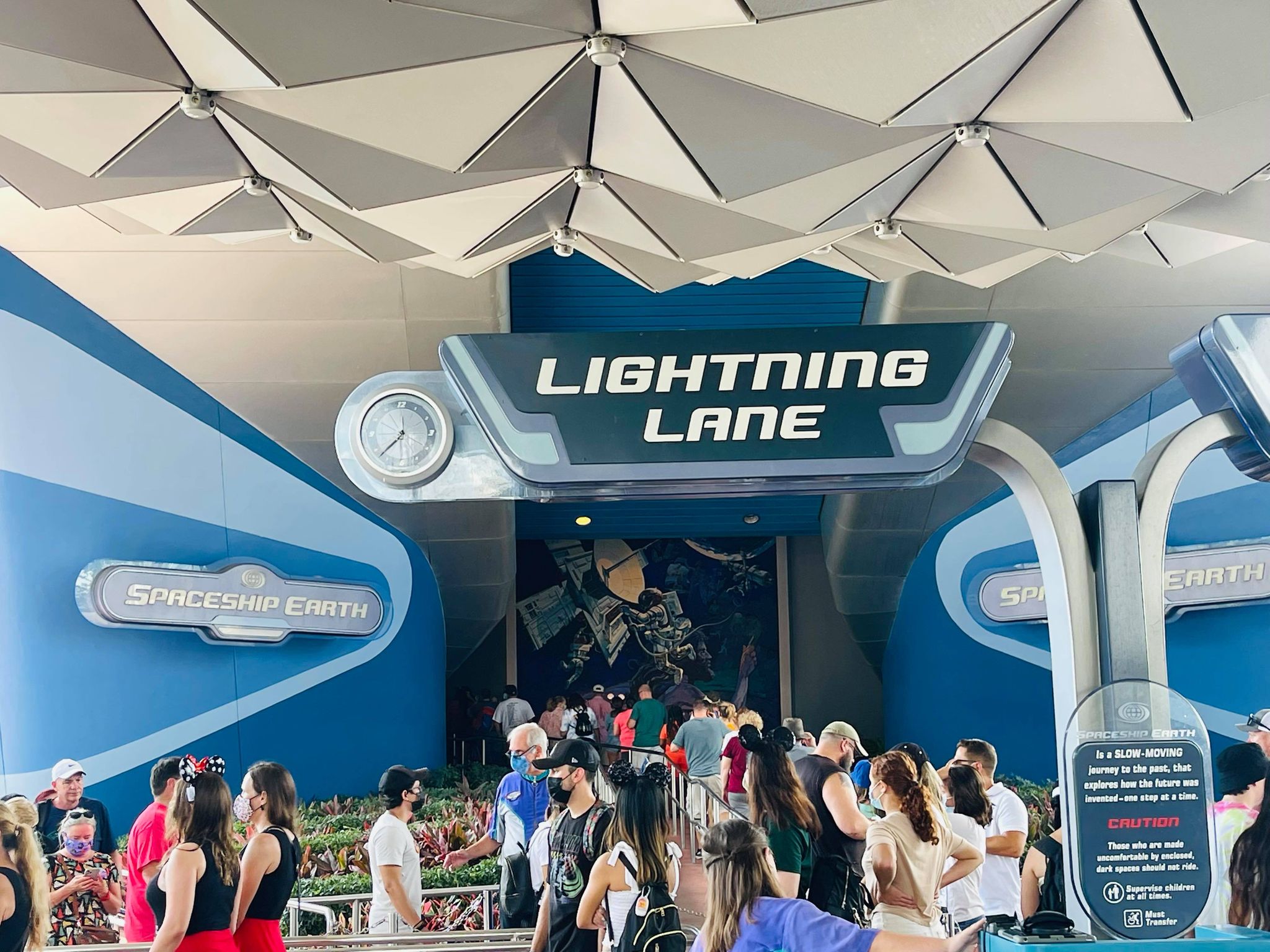 With a towering sign you definitely feel how imminent and official the Lightning Lane crossover is. 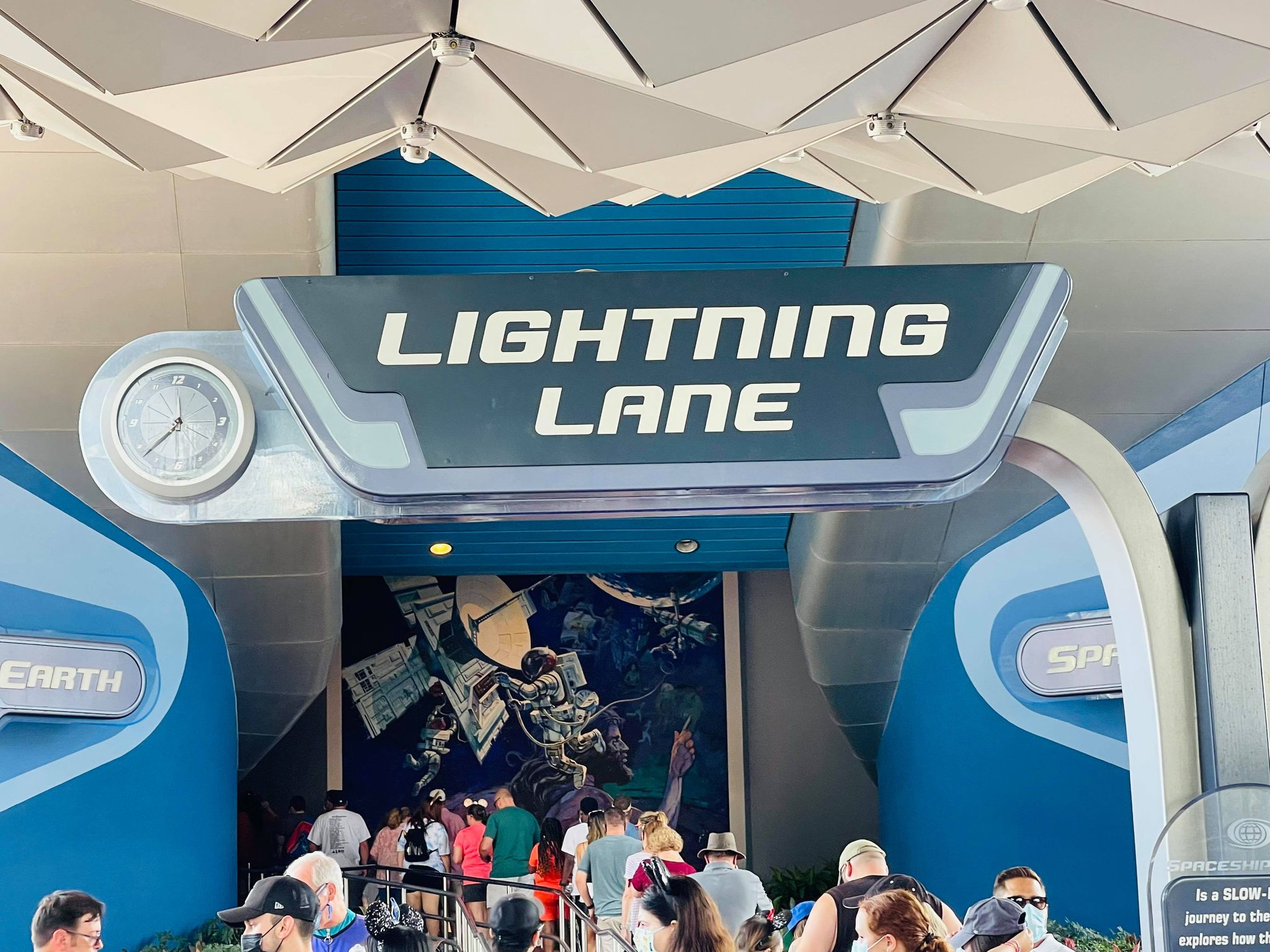 This is definitely the biggest Lightning Lane sign that we’ve seen so far! 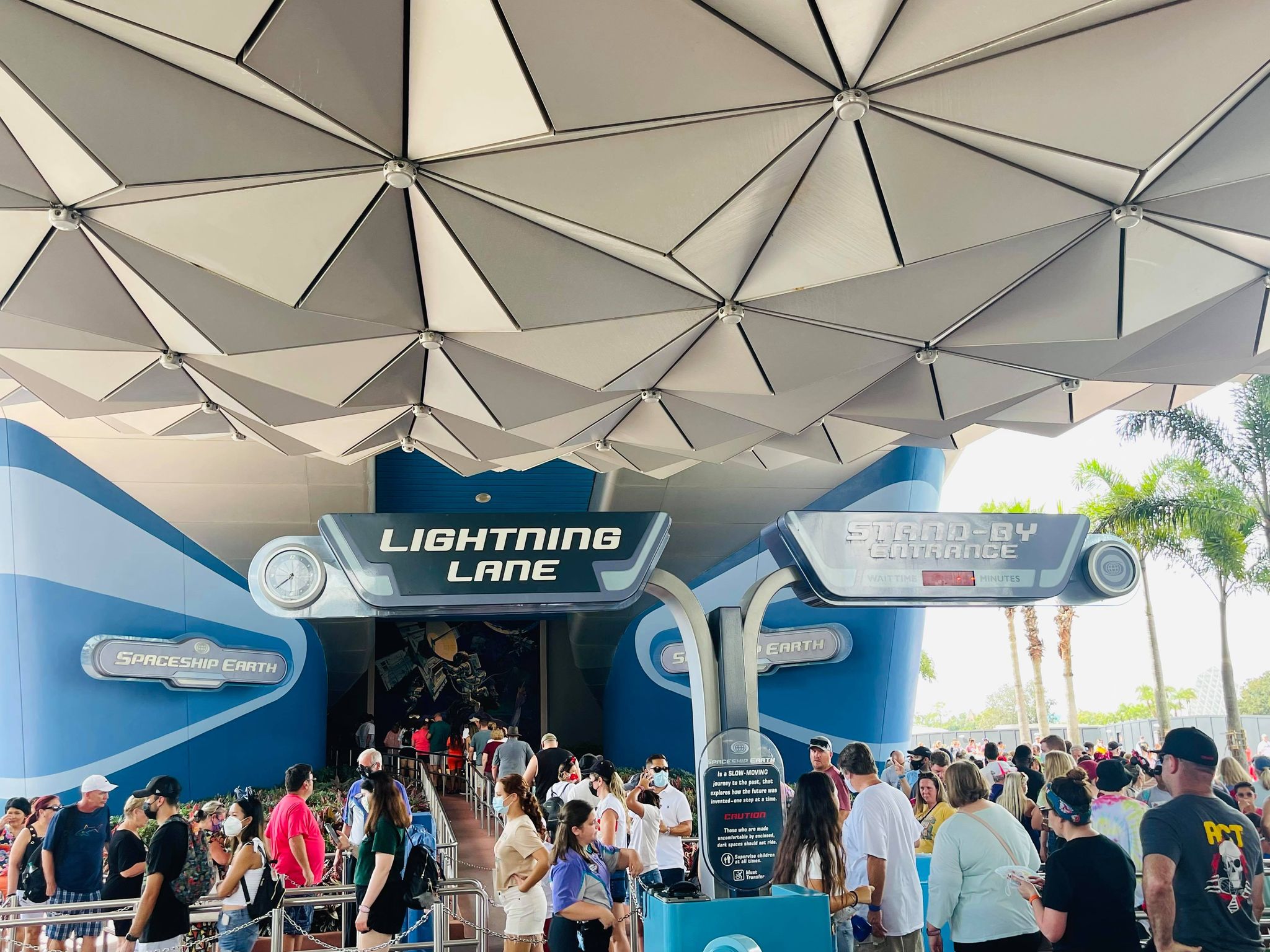 Disney has yet to announce an official date that they will launch the new Genie, Genie+ and Lightning Lane system. 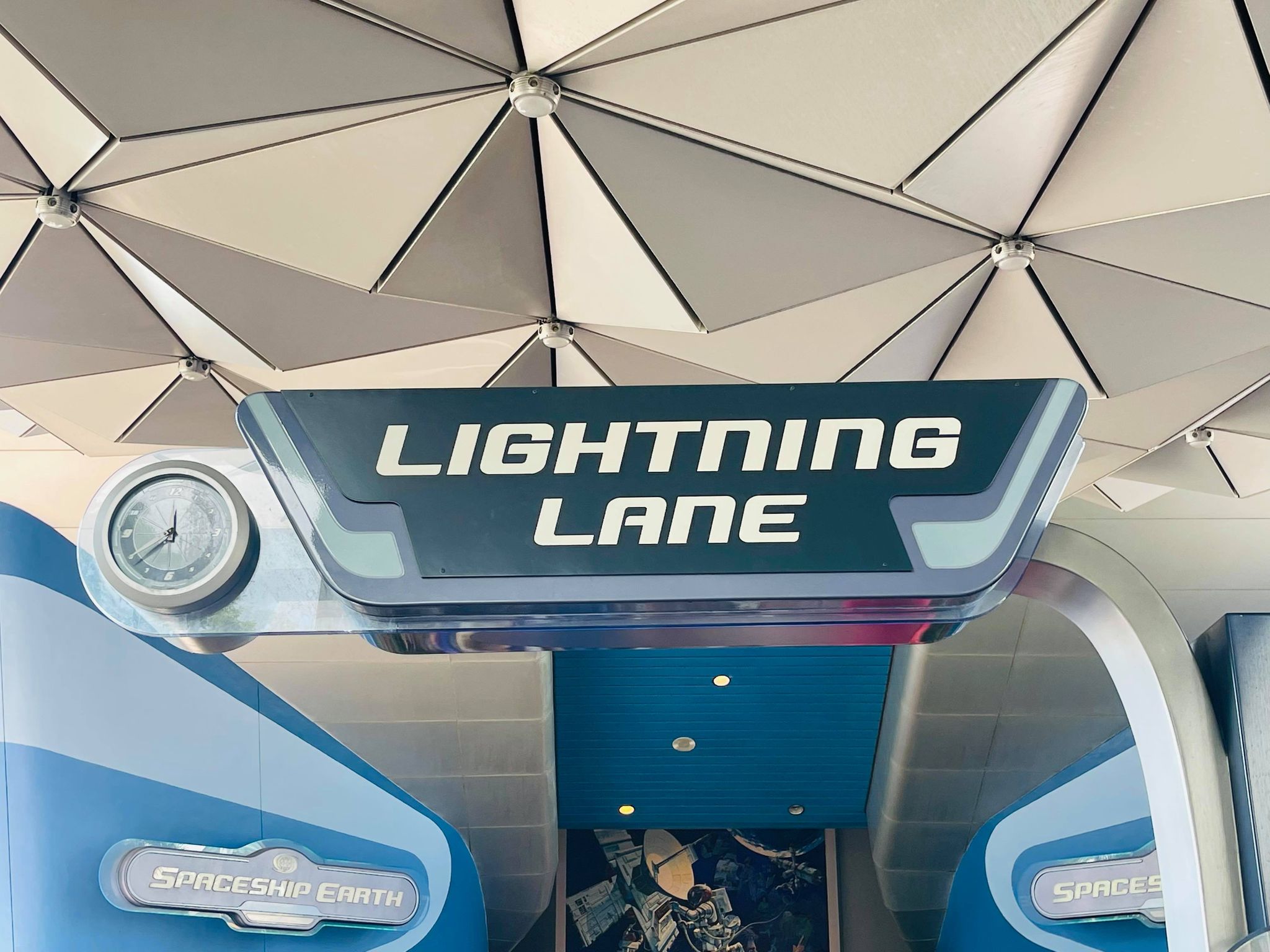 We suspect that announcement will come any day. 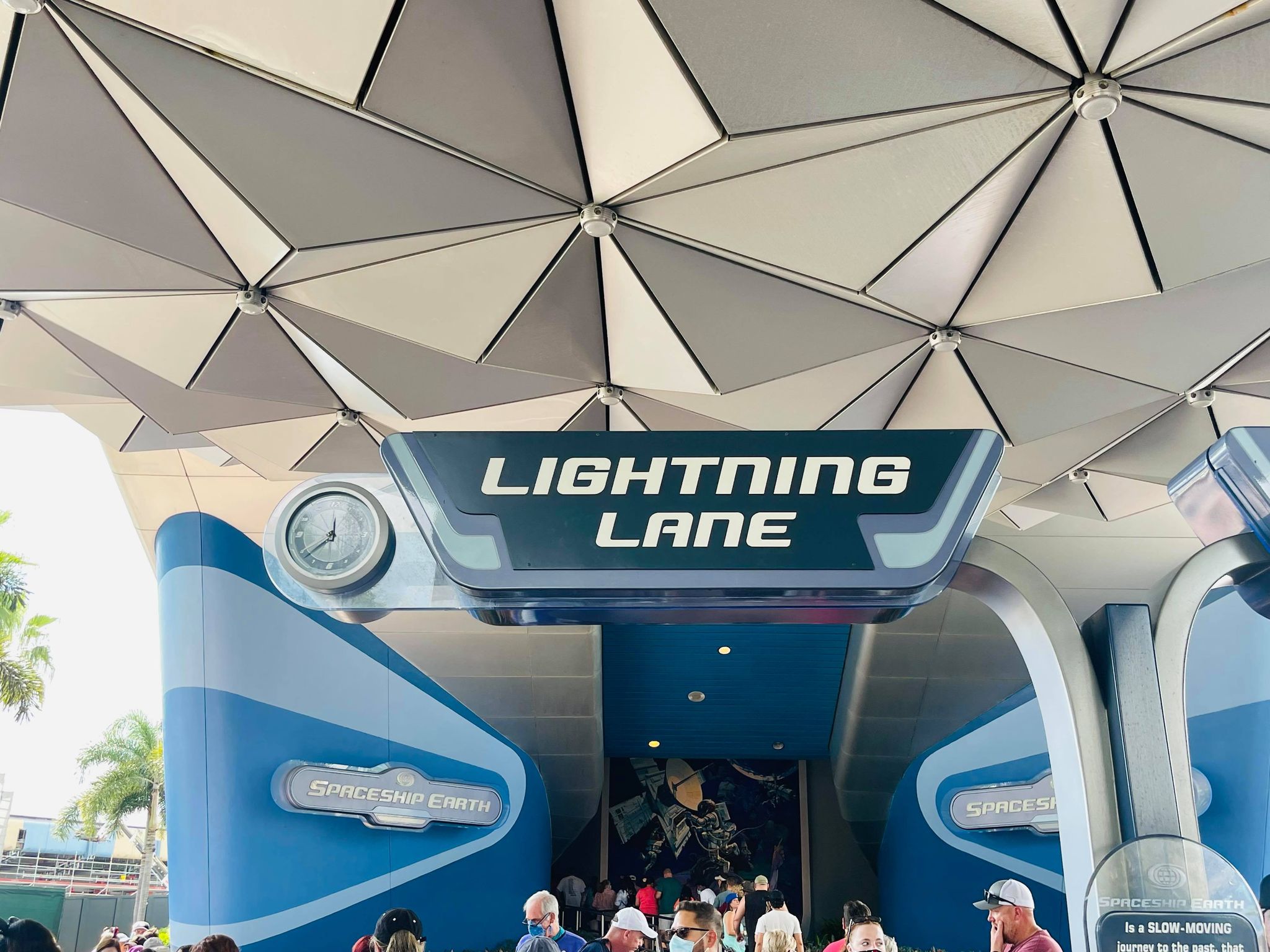 Disney has previously said that the new system will be coming this Fall. 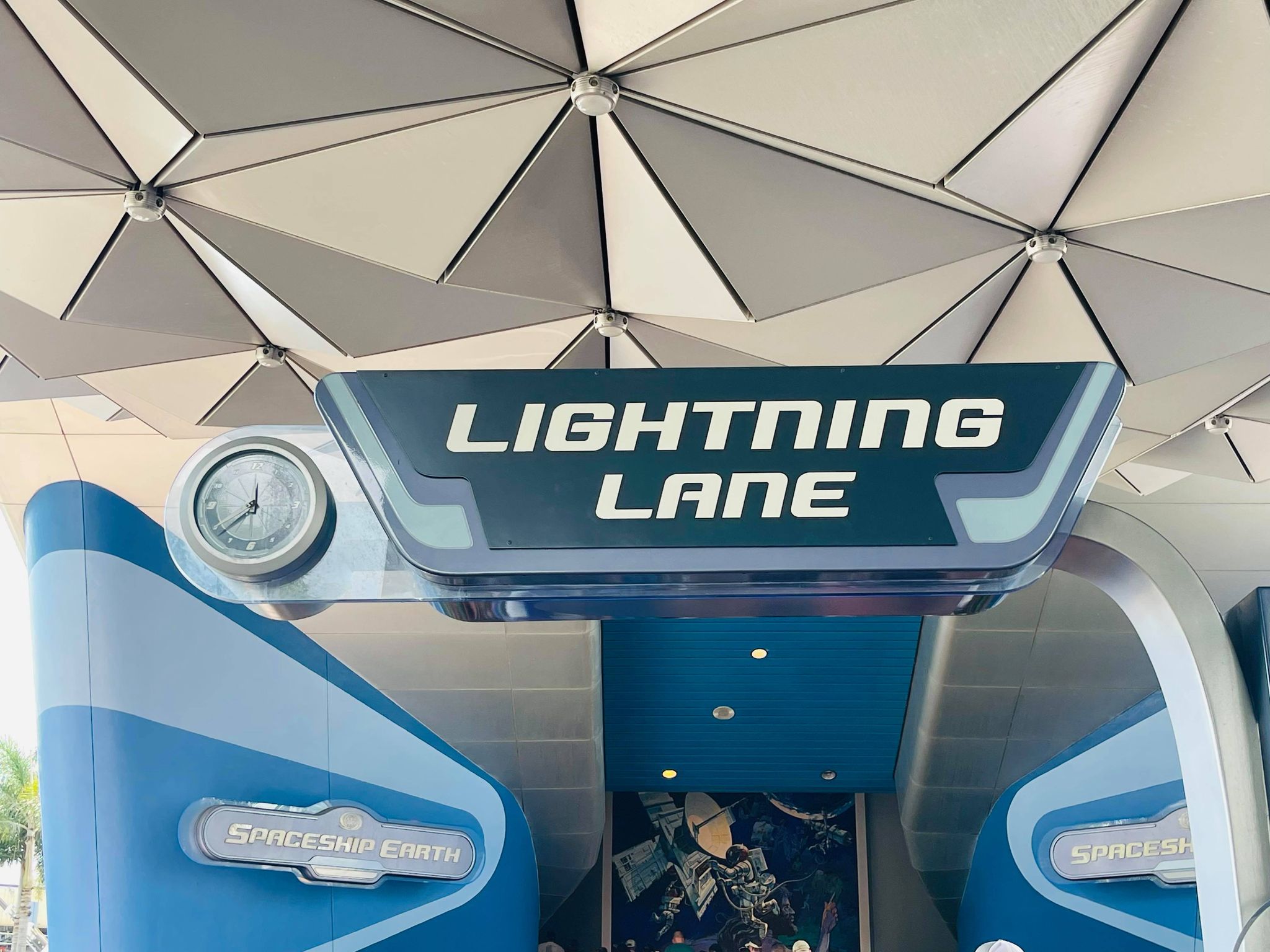 With the 50th Anniversary Celebration at Walt Disney World under two weeks away, we imagine that this is something that they will start sooner rather than later.