It seems only fitting that Rob Vickers would be announced as the next Magic Maker on this all important day.  Residing in Gulf Breeze, Florida, Rob is a third generation armed services veteran with a father who served in the United State Air Force and a grandfather who was injured while serving in the Army during WW II.

Rob said of his inspiration for joining the United States Marine Corps, “I volunteered when I was little … I’ve always liked giving back,” 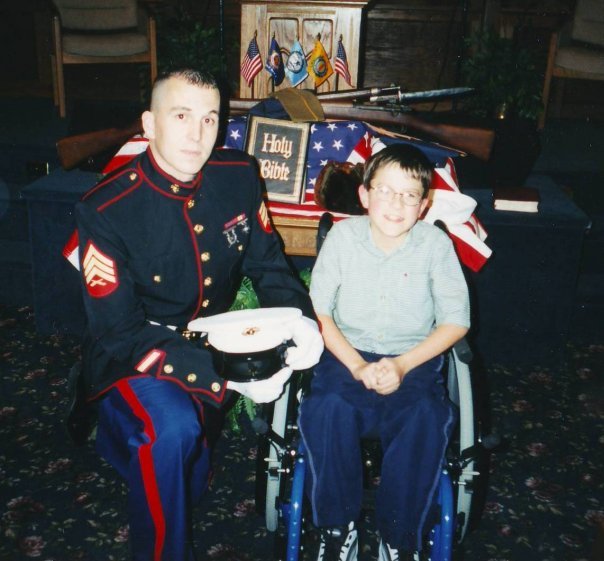 When the attack happened that Tuesday morning Rob was called to assist on the scene. 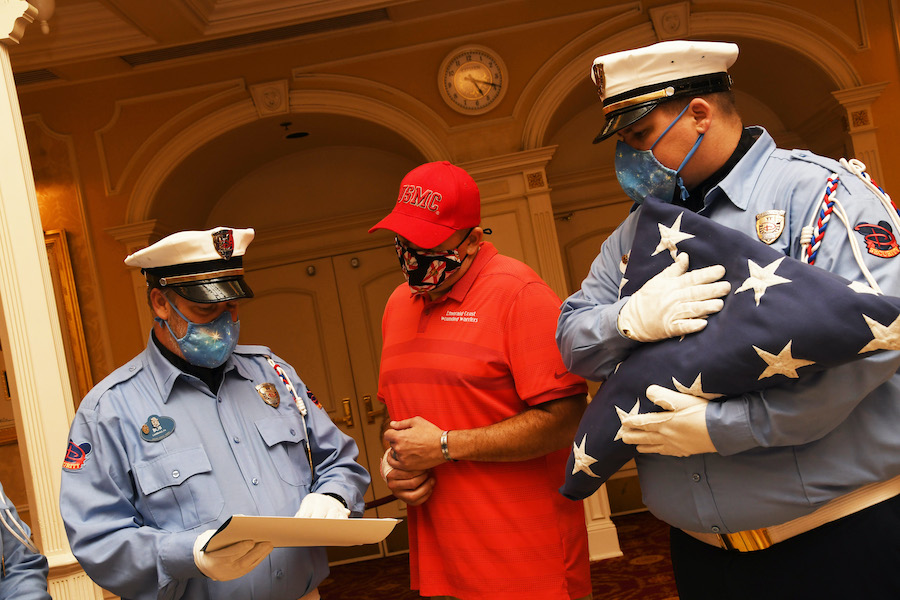 Rob would then go on to join the Air Force during which time he served in Iraq.  He would retire in 2010 after 14 years of service. 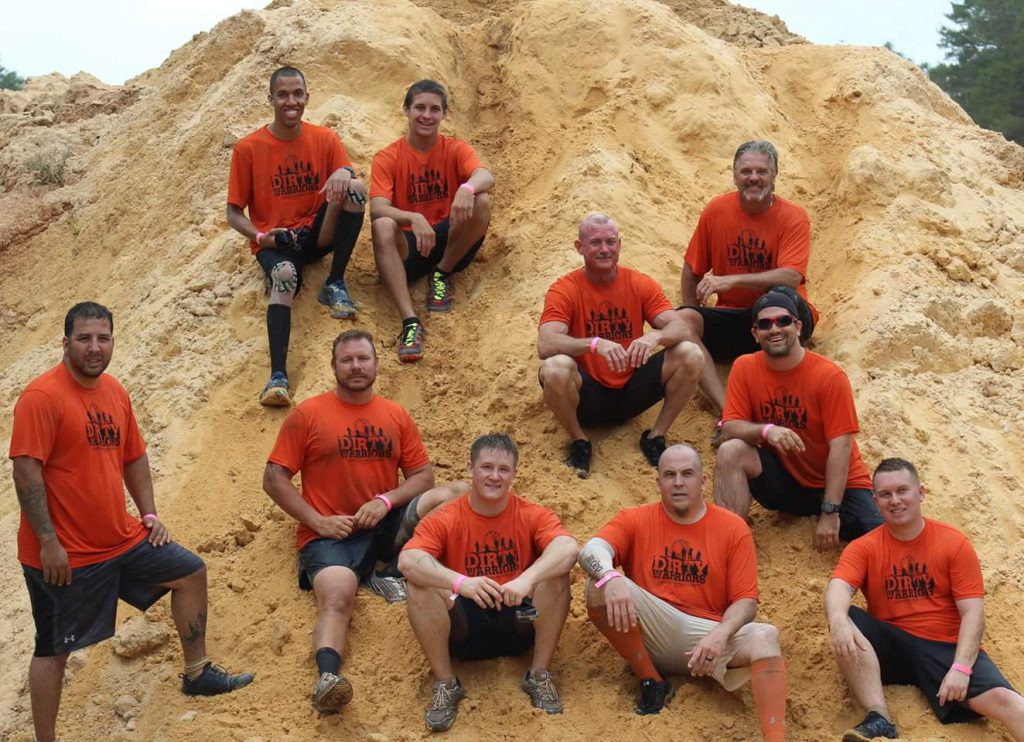 In 2012 Rob and his friends started Emerald Coast Wounded Warriors, a group advocating and assisting wounded veterans and their families which included 9/11 first responders.  Many of the warriors Rob has championed have gotten homes, service dogs, emergency mental health care, financial aid a platform to interact with others.

“Helping others is very therapeutic for me,” Rob says of the work he’s doing with the organization. 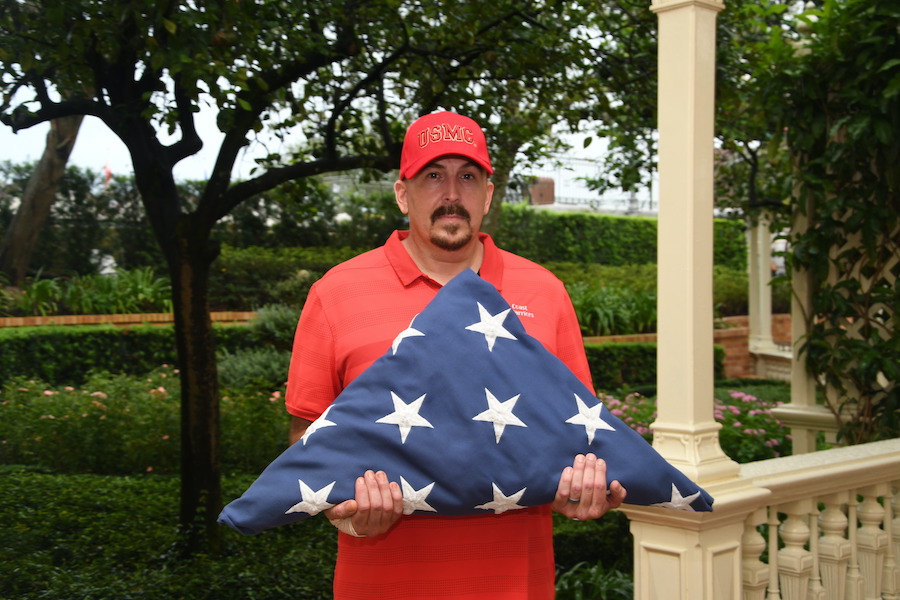 If you’ve been following along with MickeyBlog, you may have heard us talk about the flag retreat ceremony at Disney Parks. This is a tradition that dates back to the founding of the company.   Flag Retreat ceremonies happen at Magic Kingdom and Disneyland.  This commemorative ritual gives Disney the chance to offer their gratitude for those who serve and defend our country.

To honor Rob as the latest Magic Maker for Disney World’s 50th Anniversar, Magic Kingdom Park security and entertainment cast had the privilege of honoring him a special Flag Retreat Ceremony.

For more info on Disney Magic Makers, or to nominate the hero in your life, visit DisneyMagicMakers.com.