As we were leaving Boo Bash last night just ahead of the midnight strike, a sound other than a midnight toll rung out around the Magic Kingdom Train Station. The sounds of sand paper and scrapers began to fill the air as the Boo Bash attendees began to exit the Park.

As we headed towards Town Square, I discovered the origin of these unique sounds weren’t spooky sound effects, but real Imagineers at work! I spotted Disney Imagineers continuing the months-long refurbishment on the Train Station. The Imagineers had begun scraping the old paint from the Train Station bannisters and hand railings when we spotted them. 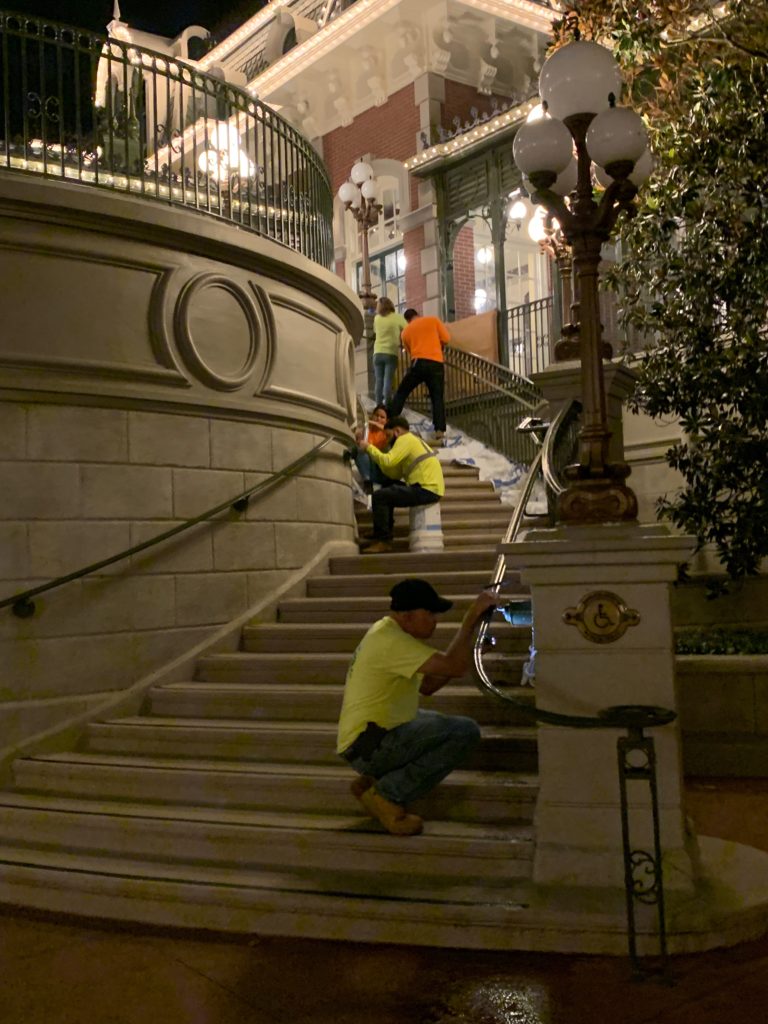 Since the hand rails are meant to be used by guests,  this signifies that guests will soon be allowed to ascend the grand staircase of the Train Station again. This is a big step towards welcoming guests back aboard the Walt Disney World Railroad! 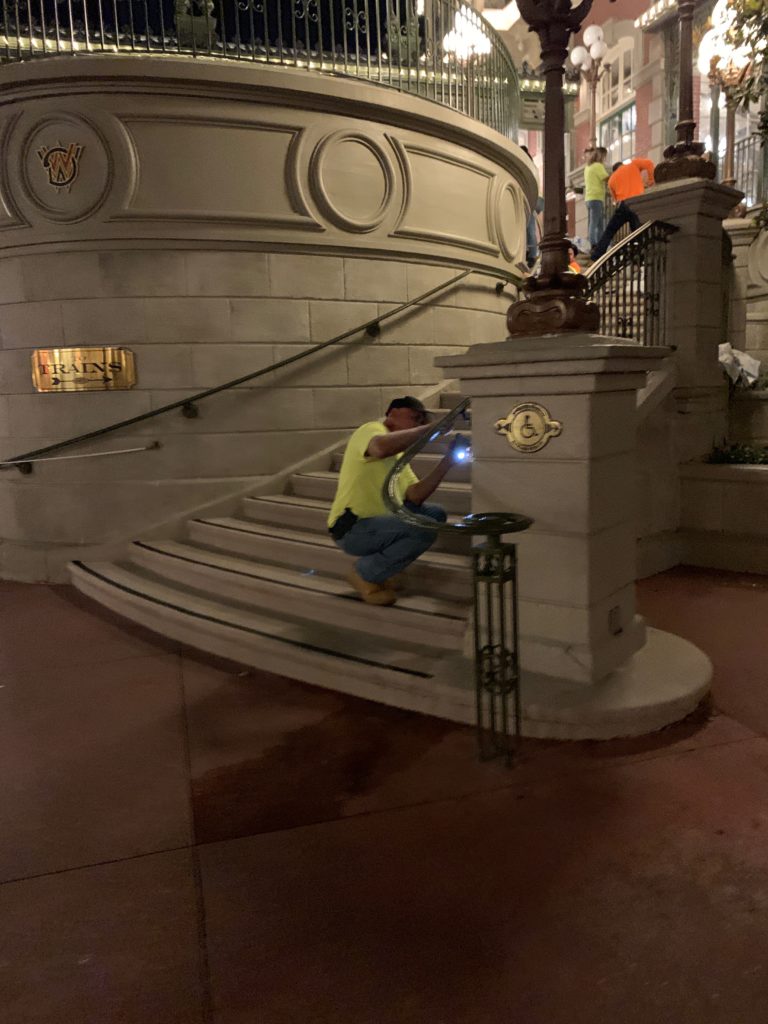 Tarps were laid on the steps to prevent dripping from the new paint that would be applied later that night (or rather, later this morning I suppose!) 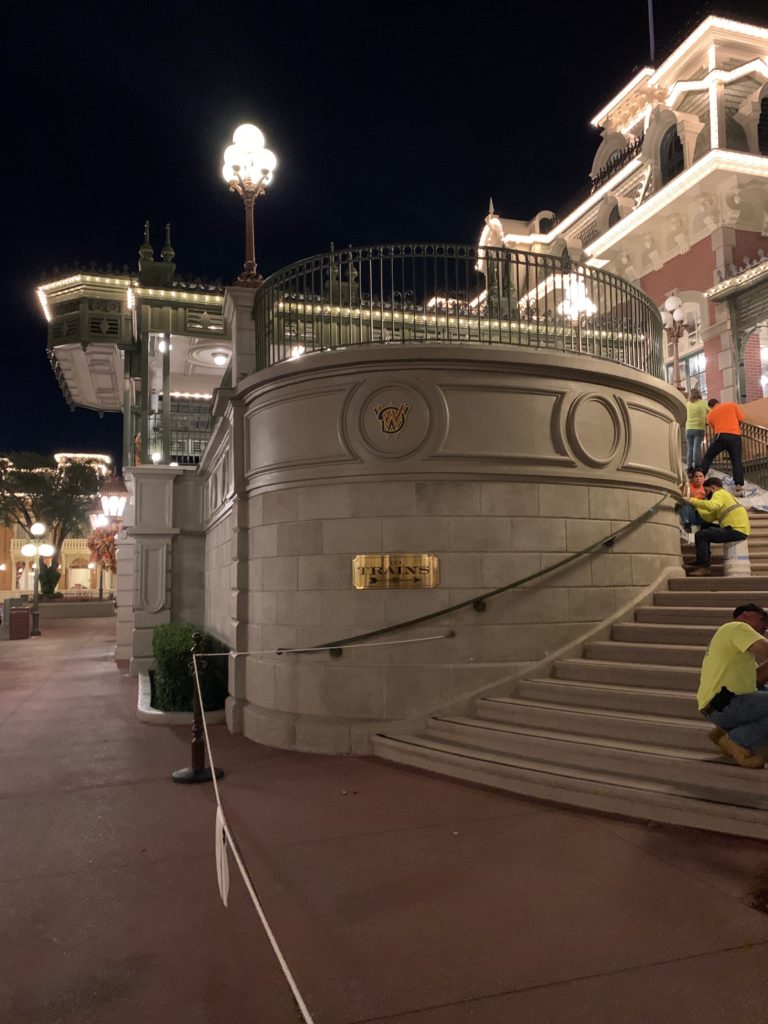 The work area is roped off to guests leaving Boo Bash

With just a few weeks left before the 50th anniversary officially kicks off, Magic Kingdom’s refurbishments have been taking place around the clock to ensure everything looks pristine for the big celebration. 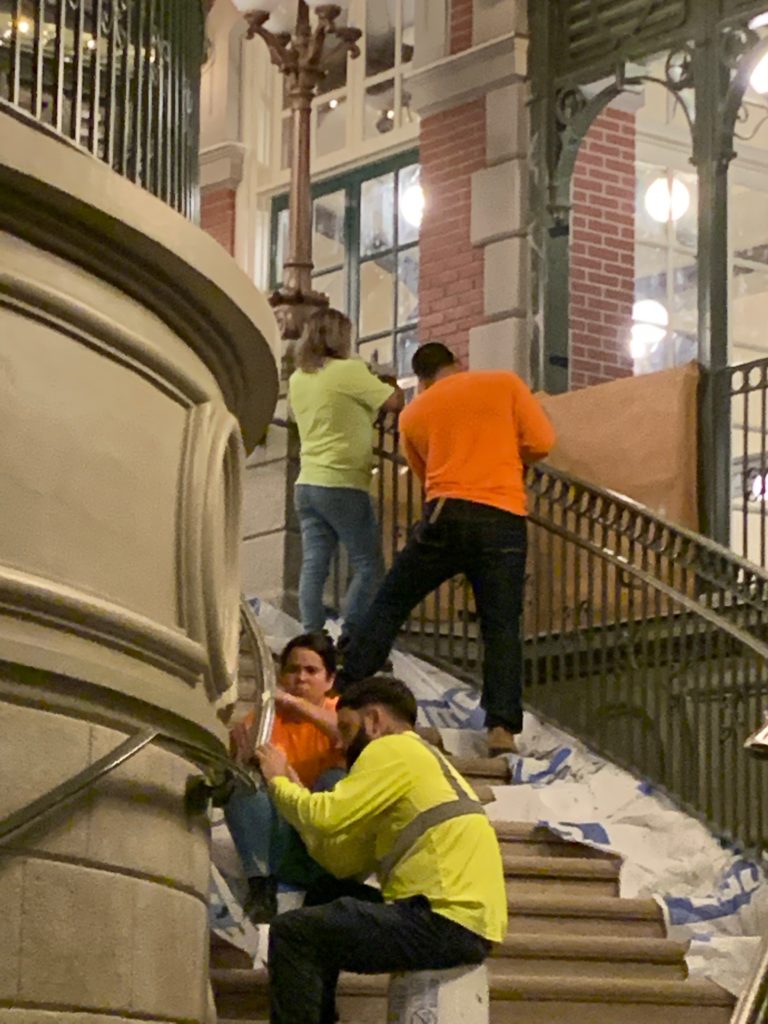 The Train Station is the FIRST thing guests see when they exit the Ferry or Monorail, and it’s clear that Disney recognizes just how important it is that the first look be one of the most memorable. 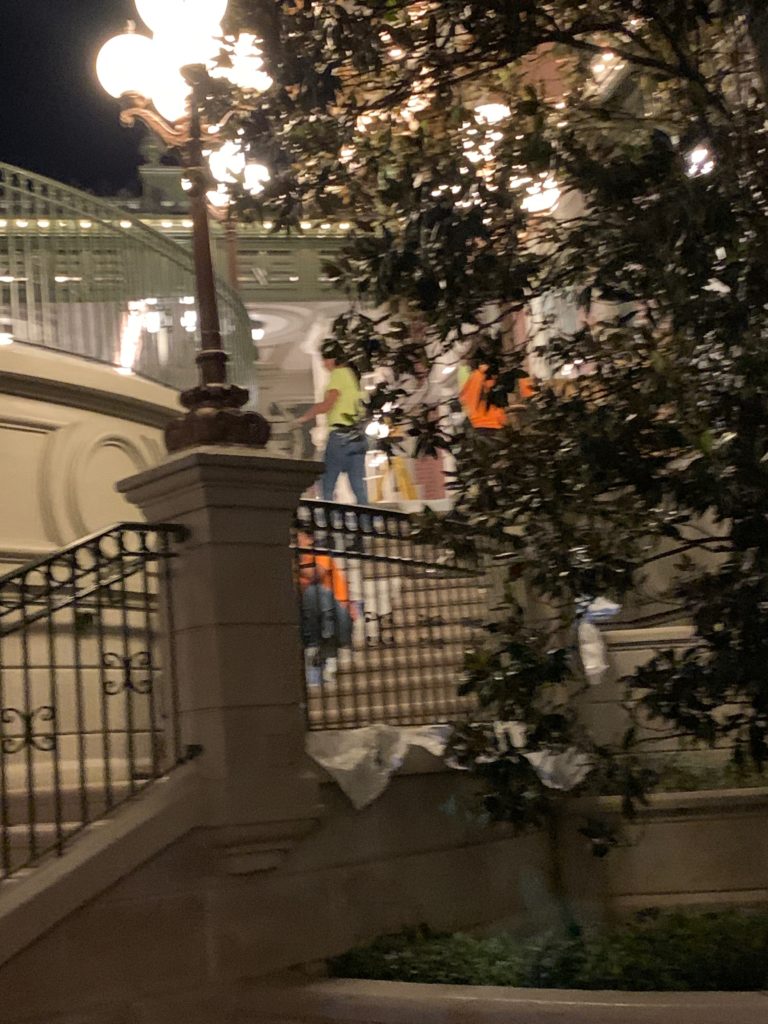 The Train Station’s major refurbishment was revealed just weeks ago, and we think the overall renovation is going to be absolutely spectacular! What do you think? Leave a comment and let me know! 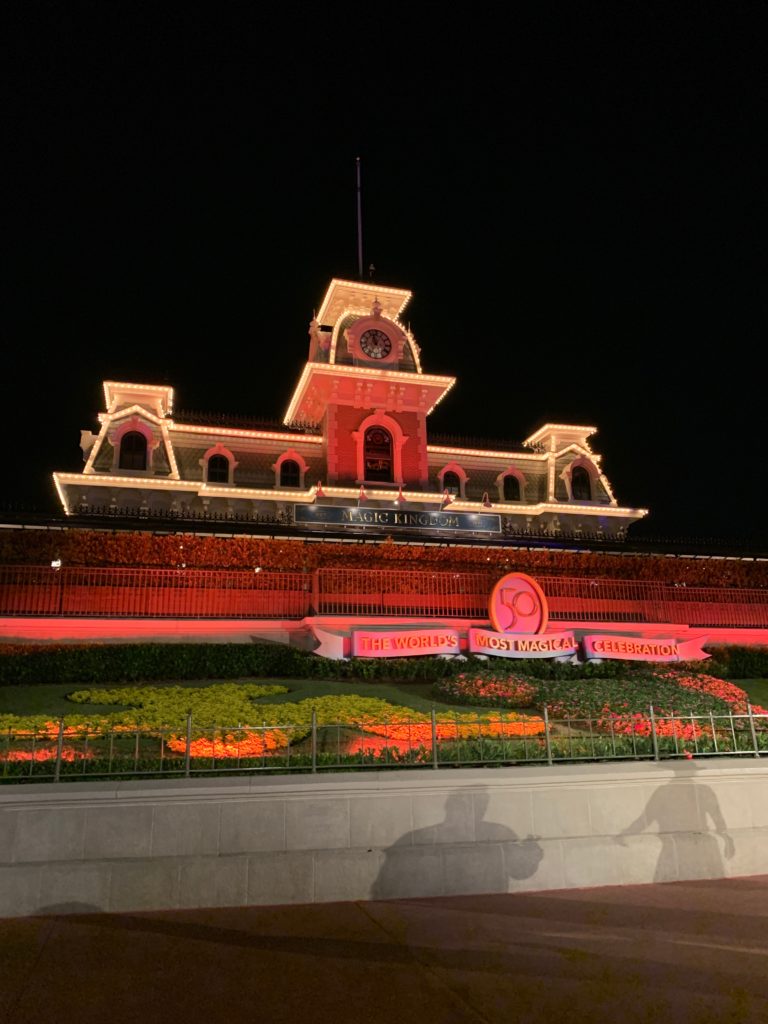