If you’ve been following along with MickeyBlog this morning you’ll know that we just shared a first look at the brand new 50th Anniversary overlays found on the Skyliner gondola cars at Walt Disney World. 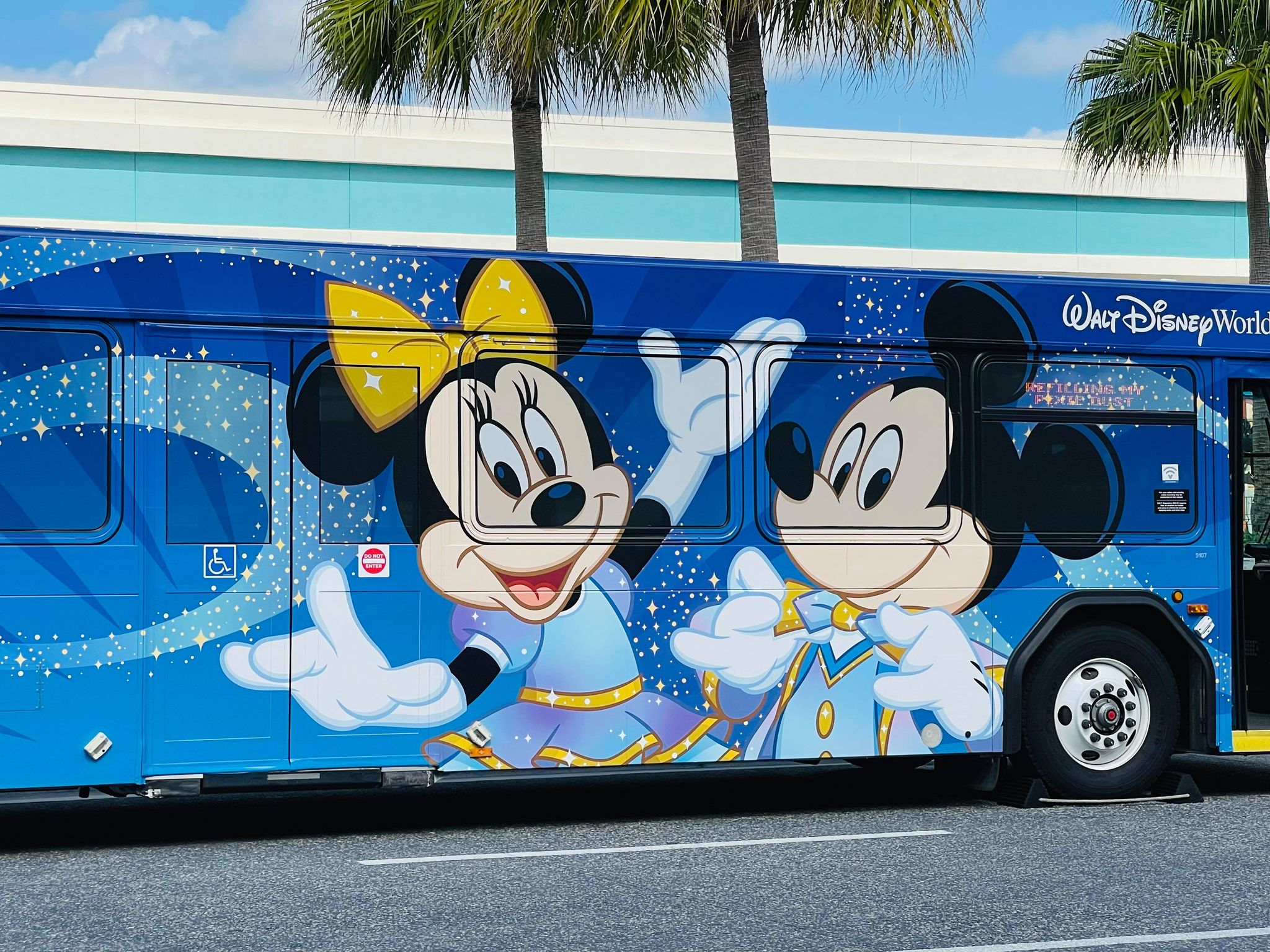 In addition, similar overlays have been given to select buses of the Walt Disney World Resort Bus fleet. 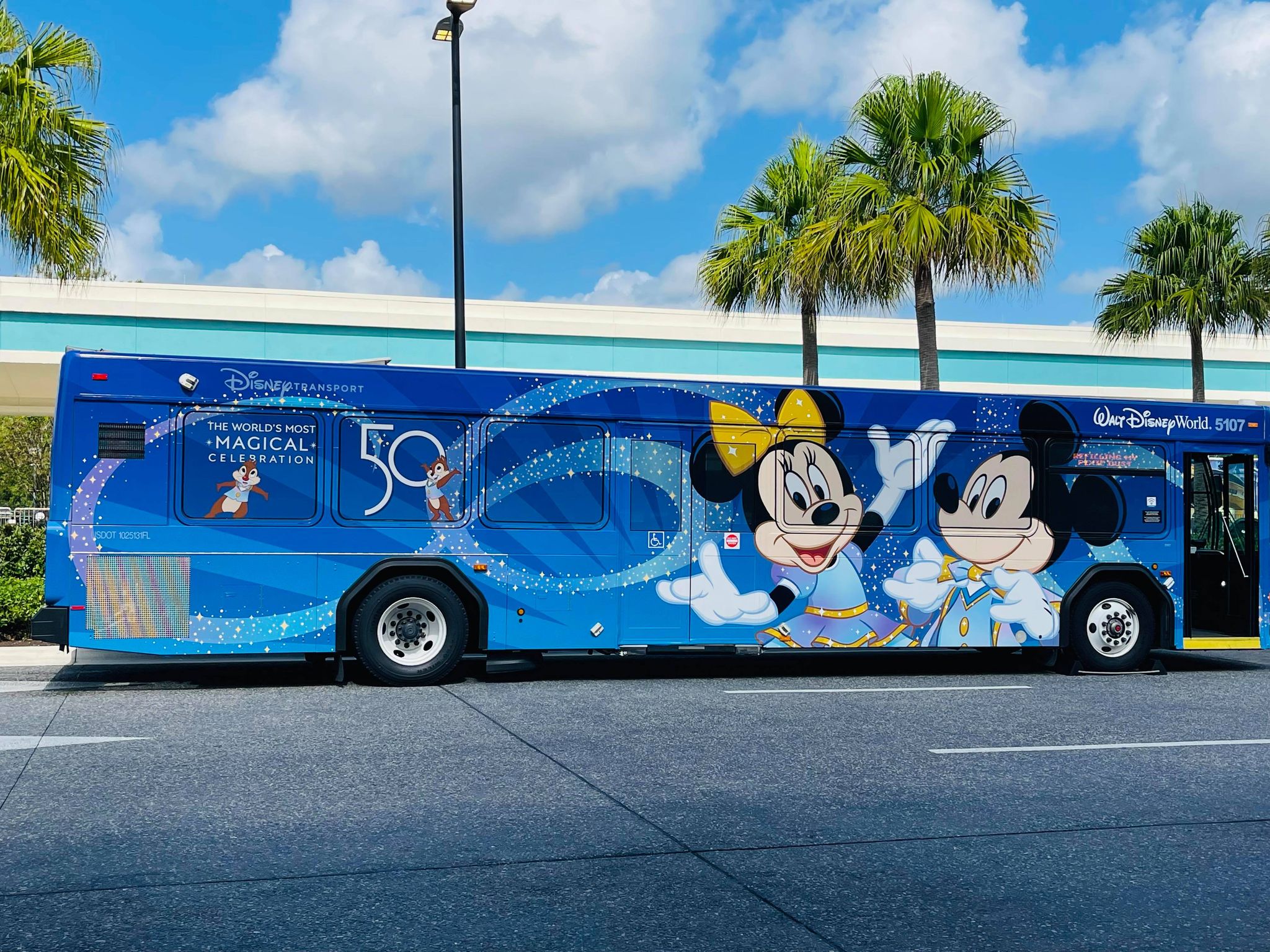 Our MickeyBloggers managed to find one in Walt Disney World as they were enroute to the theme parks. 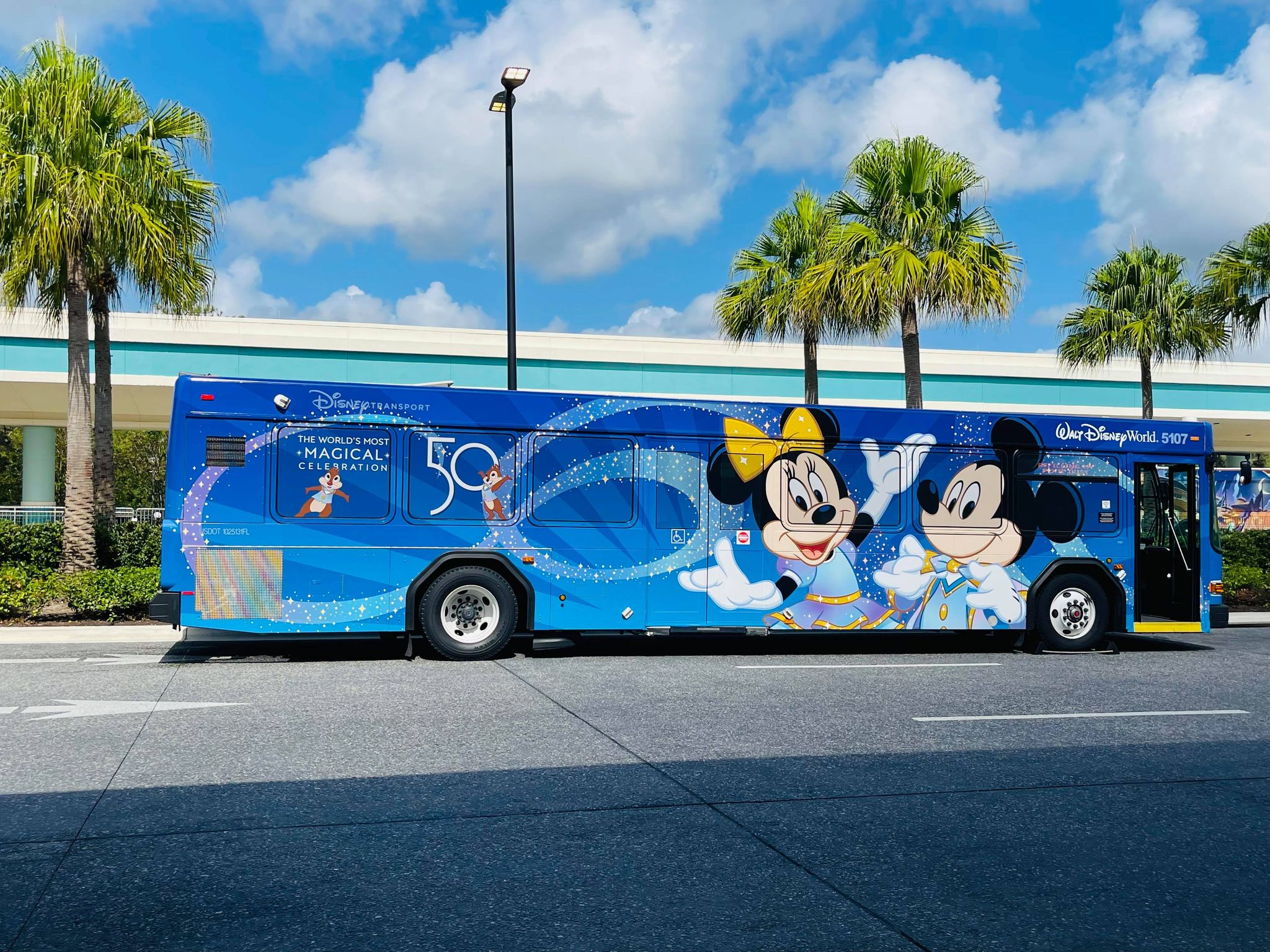 We think you’ll agree that they are absolutely magical! 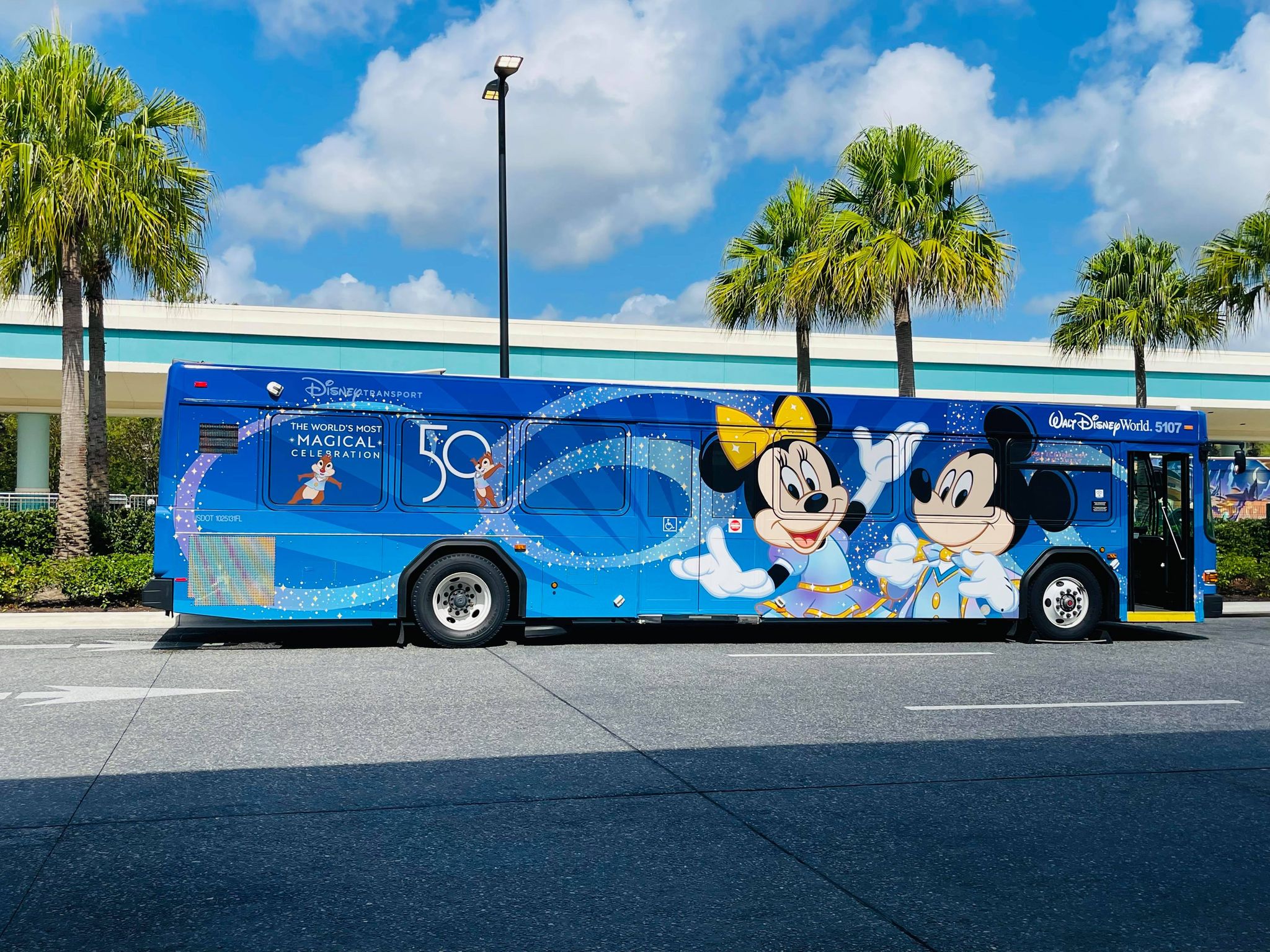 We were told by cast members on the scene that these are brand new as of TODAY! 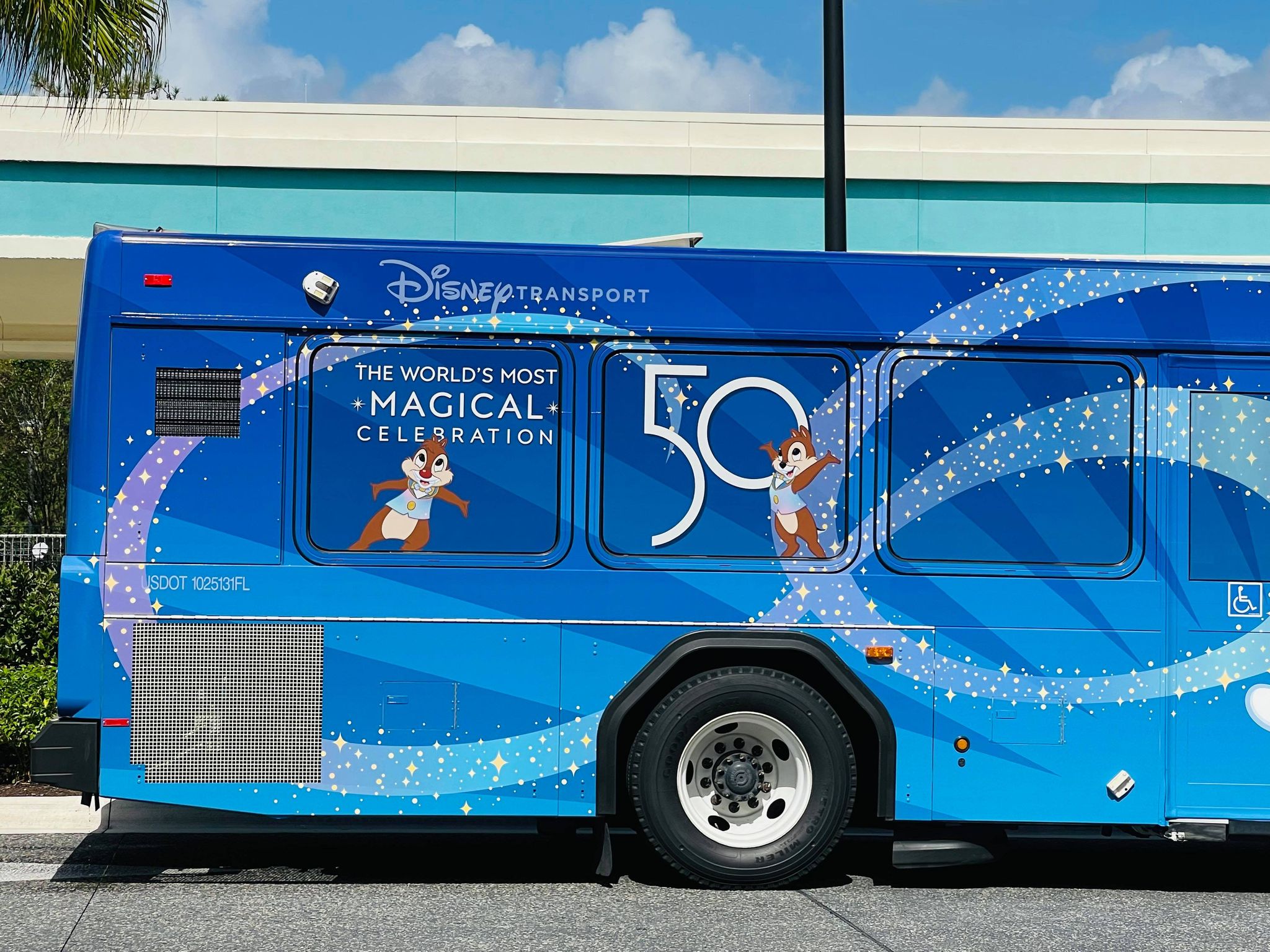 The new overlays feature radiant hues of blue and lots of pixie dust! 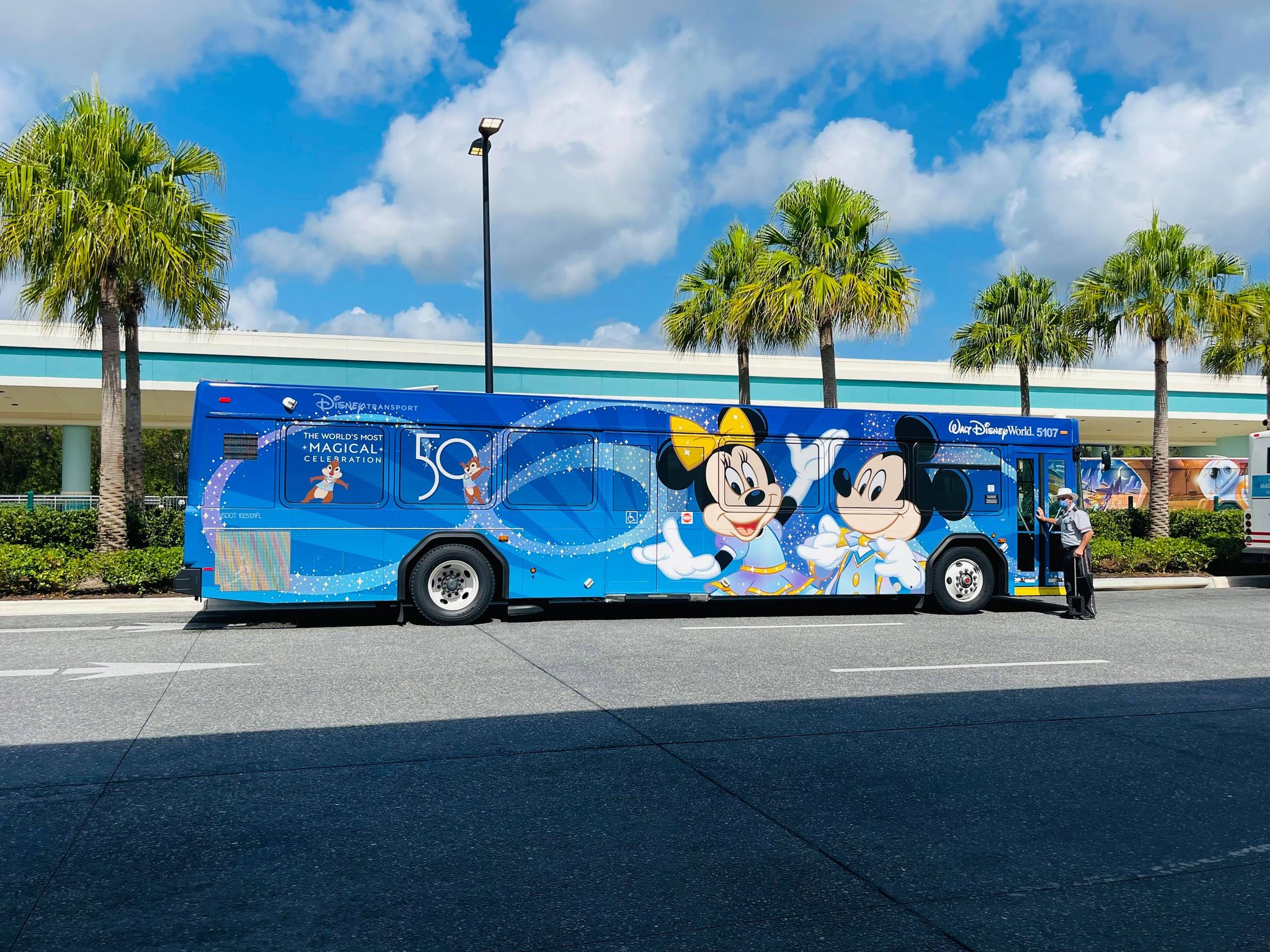 The graphics also feature Mickey and Minnie dressed up in their new Earidescent costumes which they will be sporting throughout the “World’s Most Magical Celebration” which runs for 18 months and kicks off on October 1st! 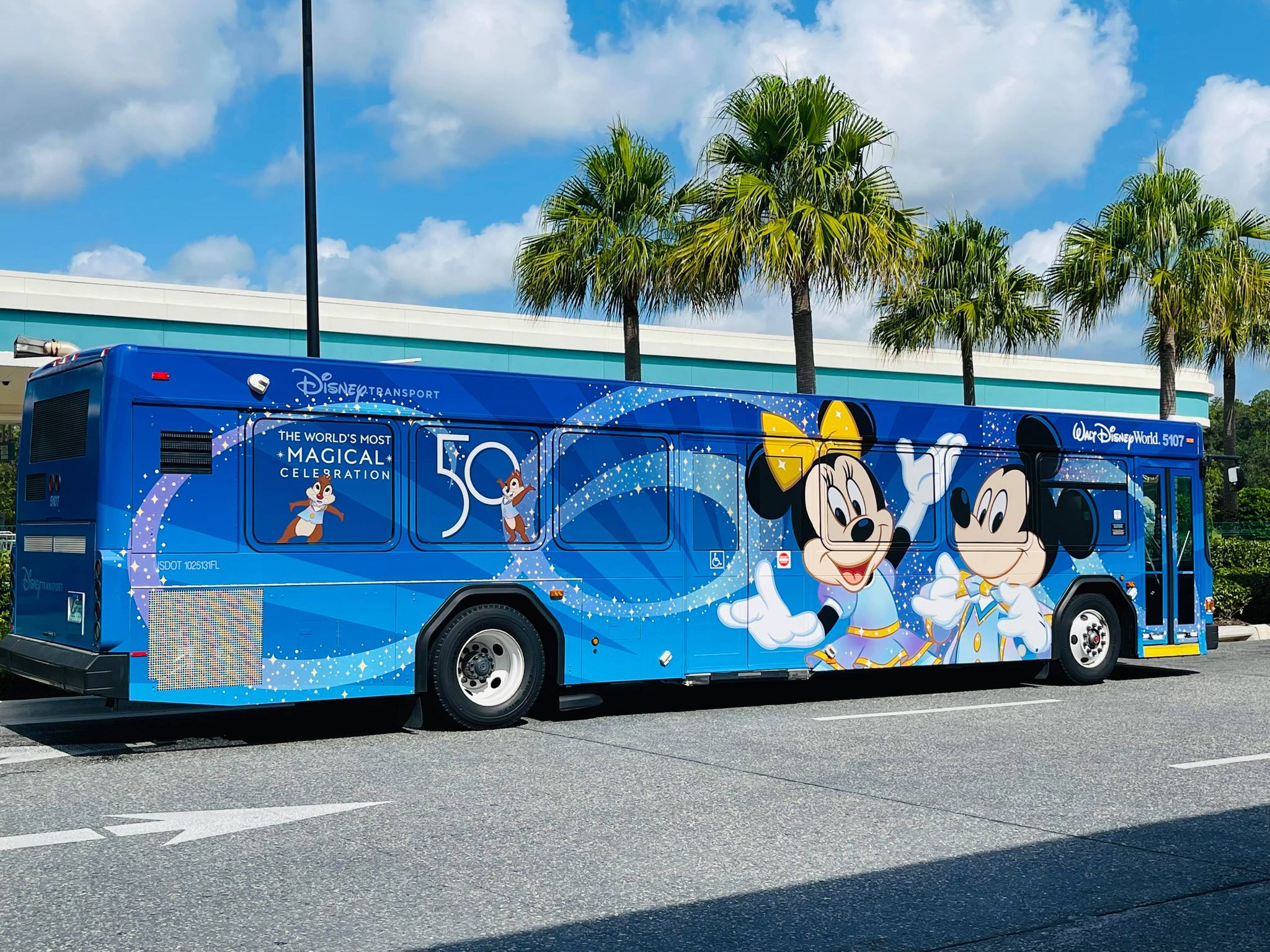 Both Chip and Dale are also featured and they have cute little Earidescent costumes of their own. 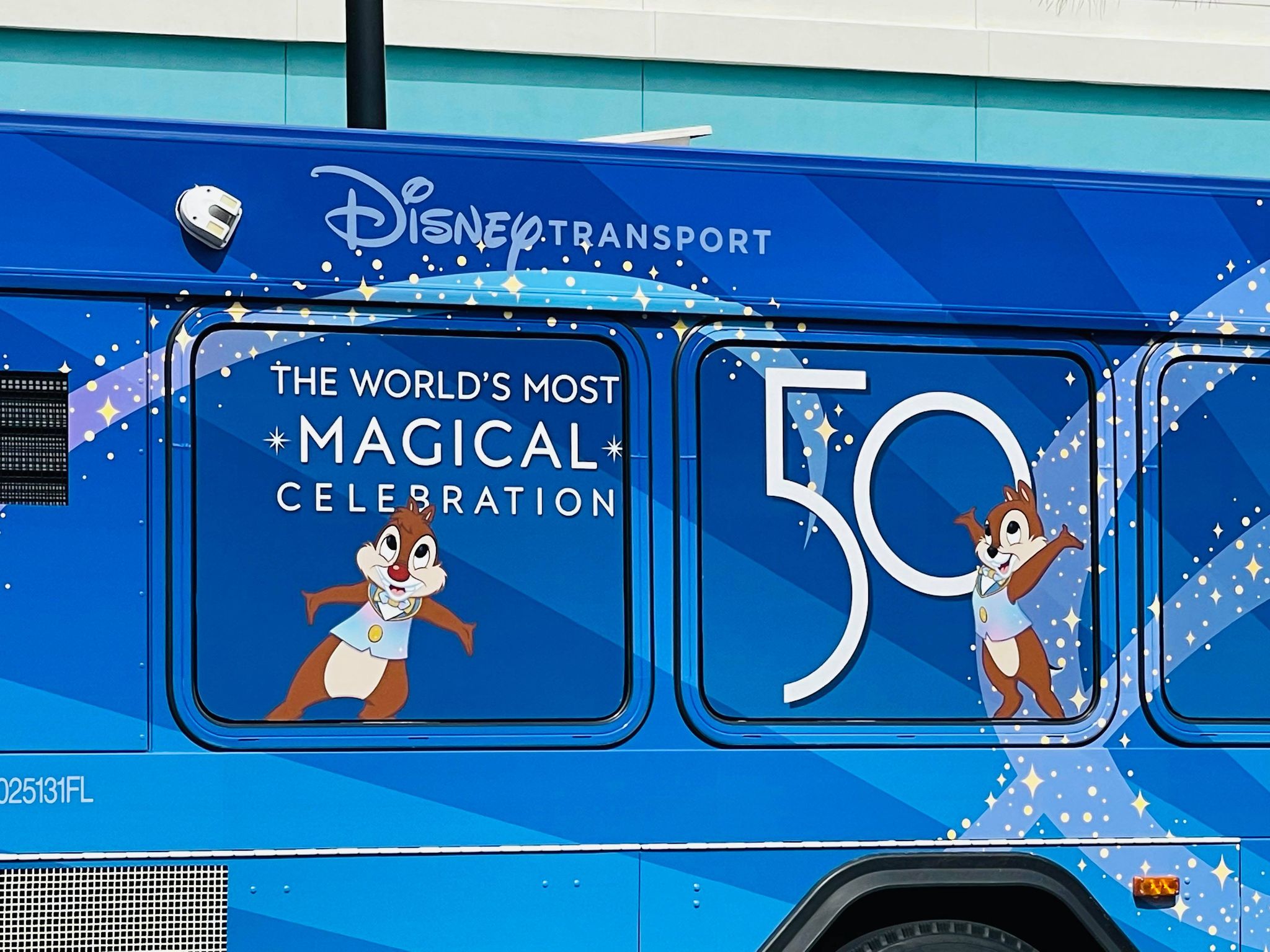 We were told by cast members that 10 buses have been given overlays featuring the new 50th Anniversary artwork. 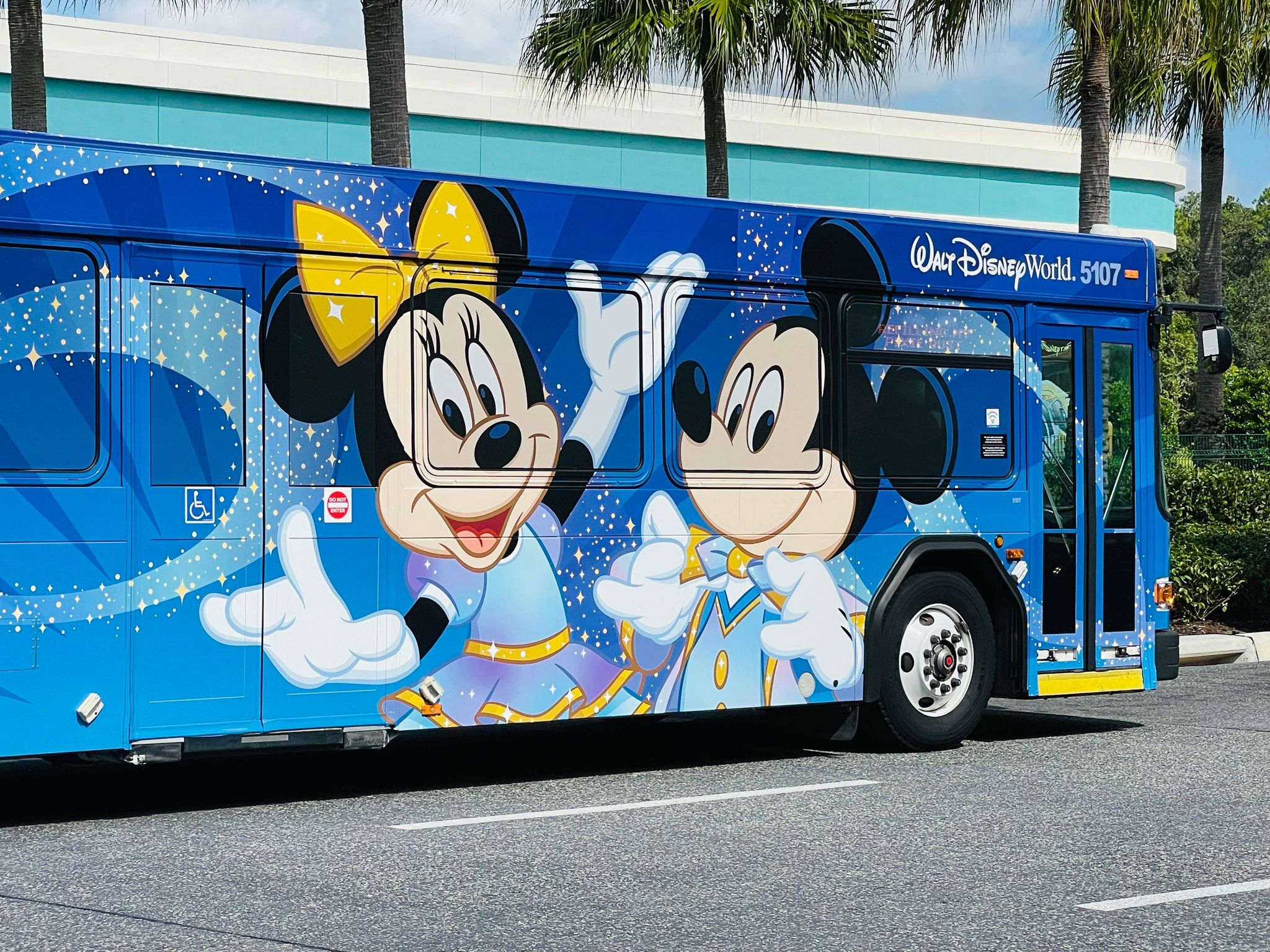 We feel very lucky to have spotted one! 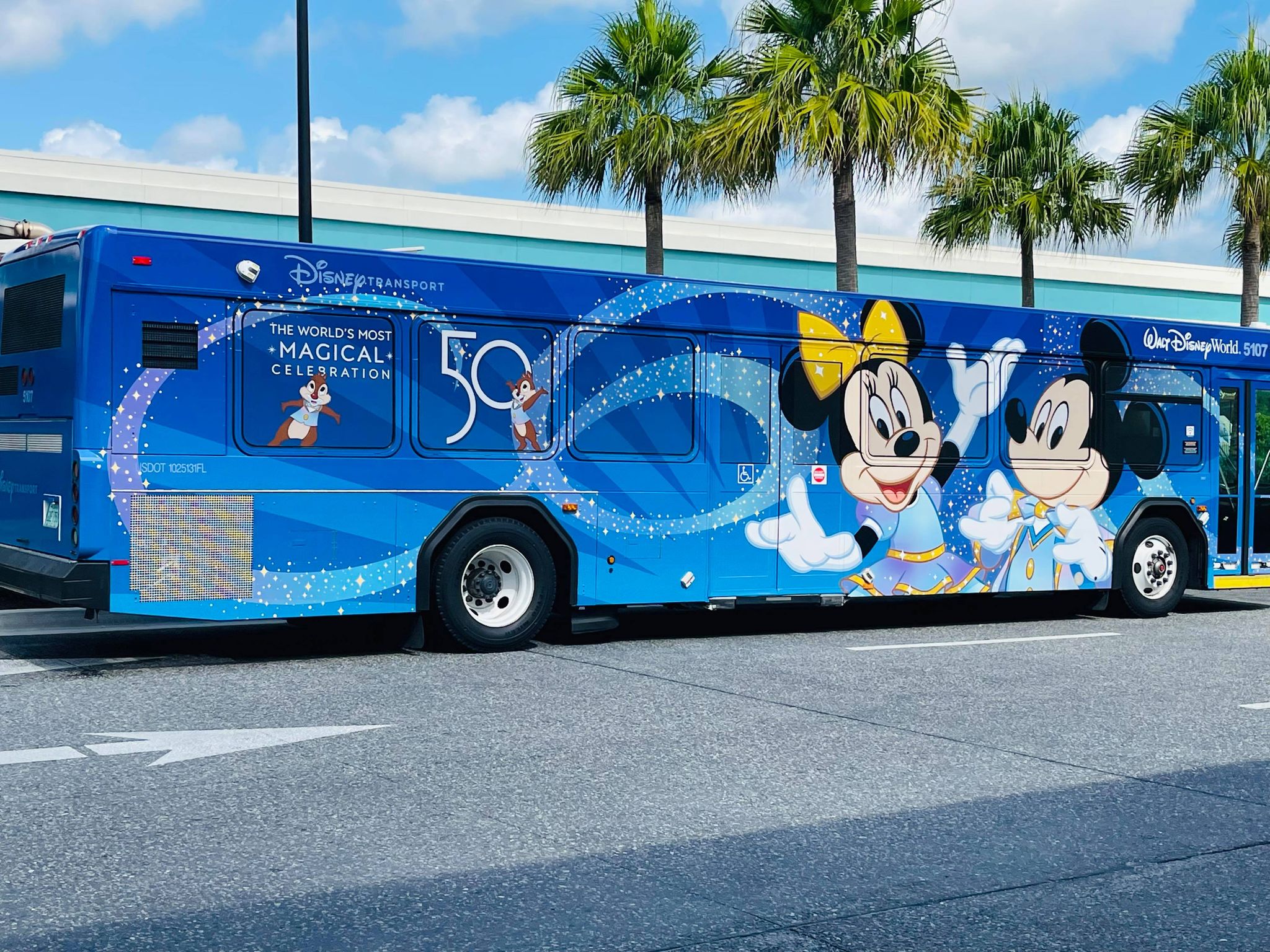 In addition to the gondola cars and resort buses we also heard a rumor that Disney has added 50th Anniversary artwork to select monorail trains. 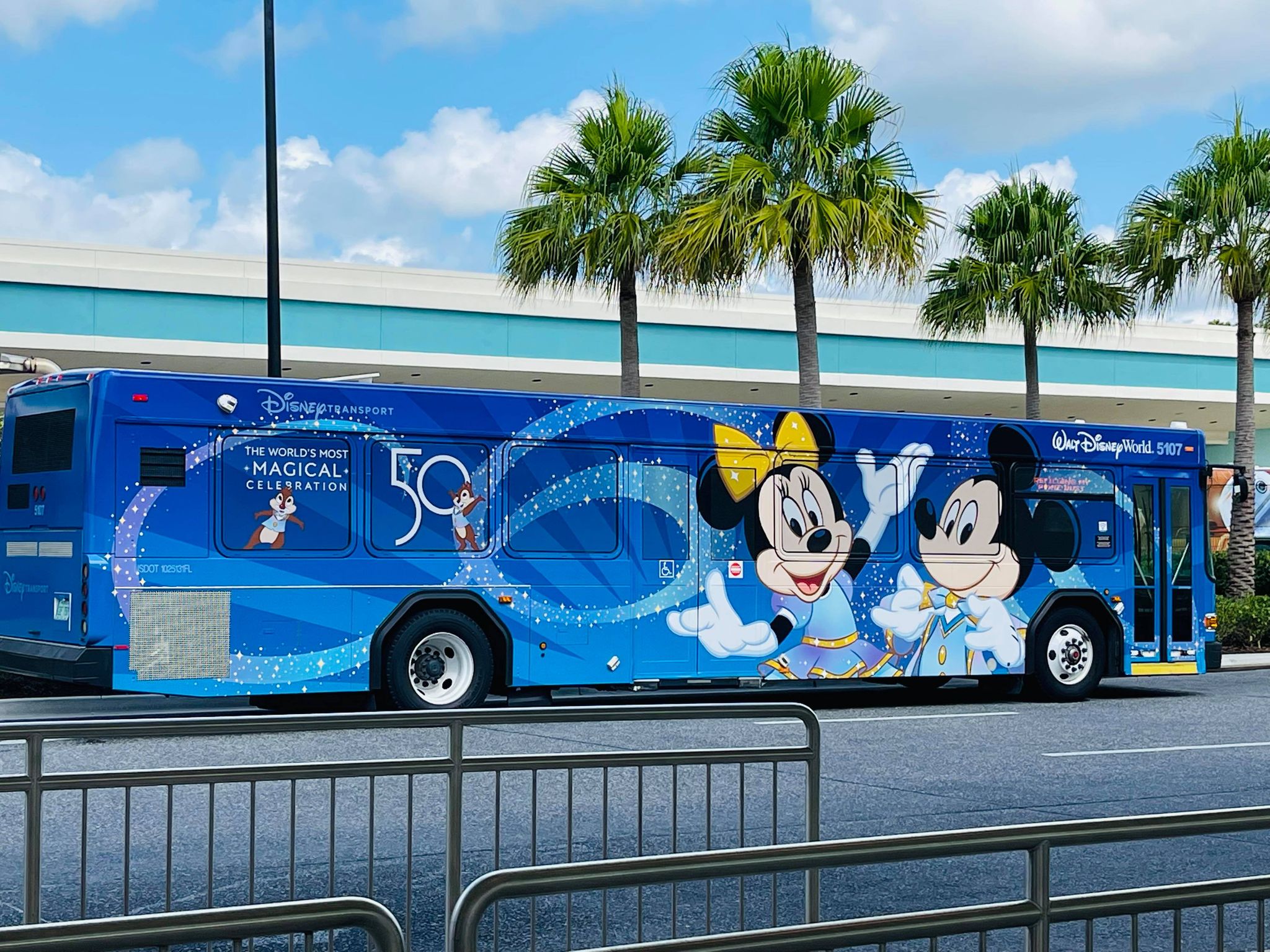 We can’t confirm this as of yet but we’ll let you know and share pictures if we find one! 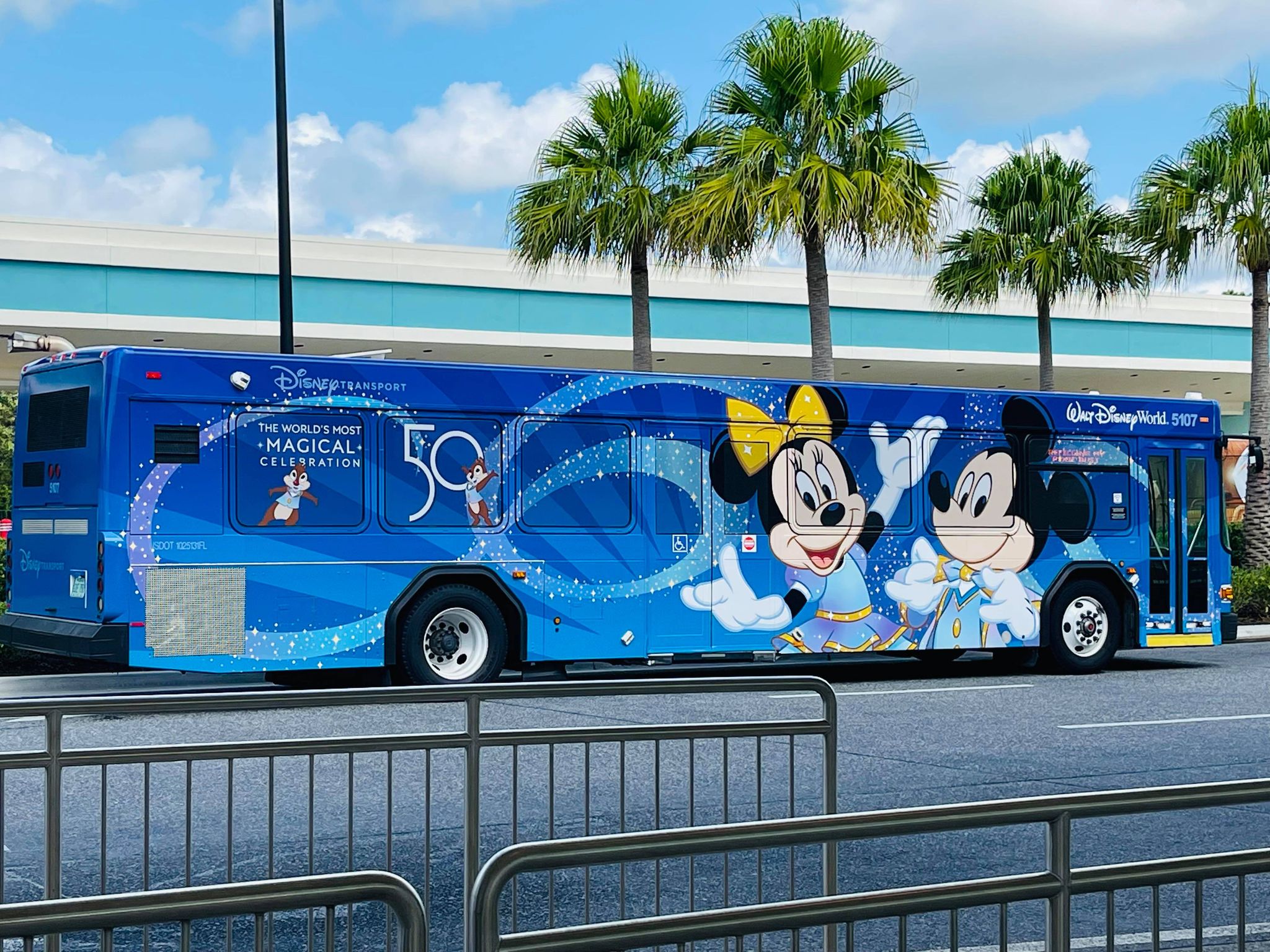 In the meantime, these 50th Anniversary buses will be circulated at random. 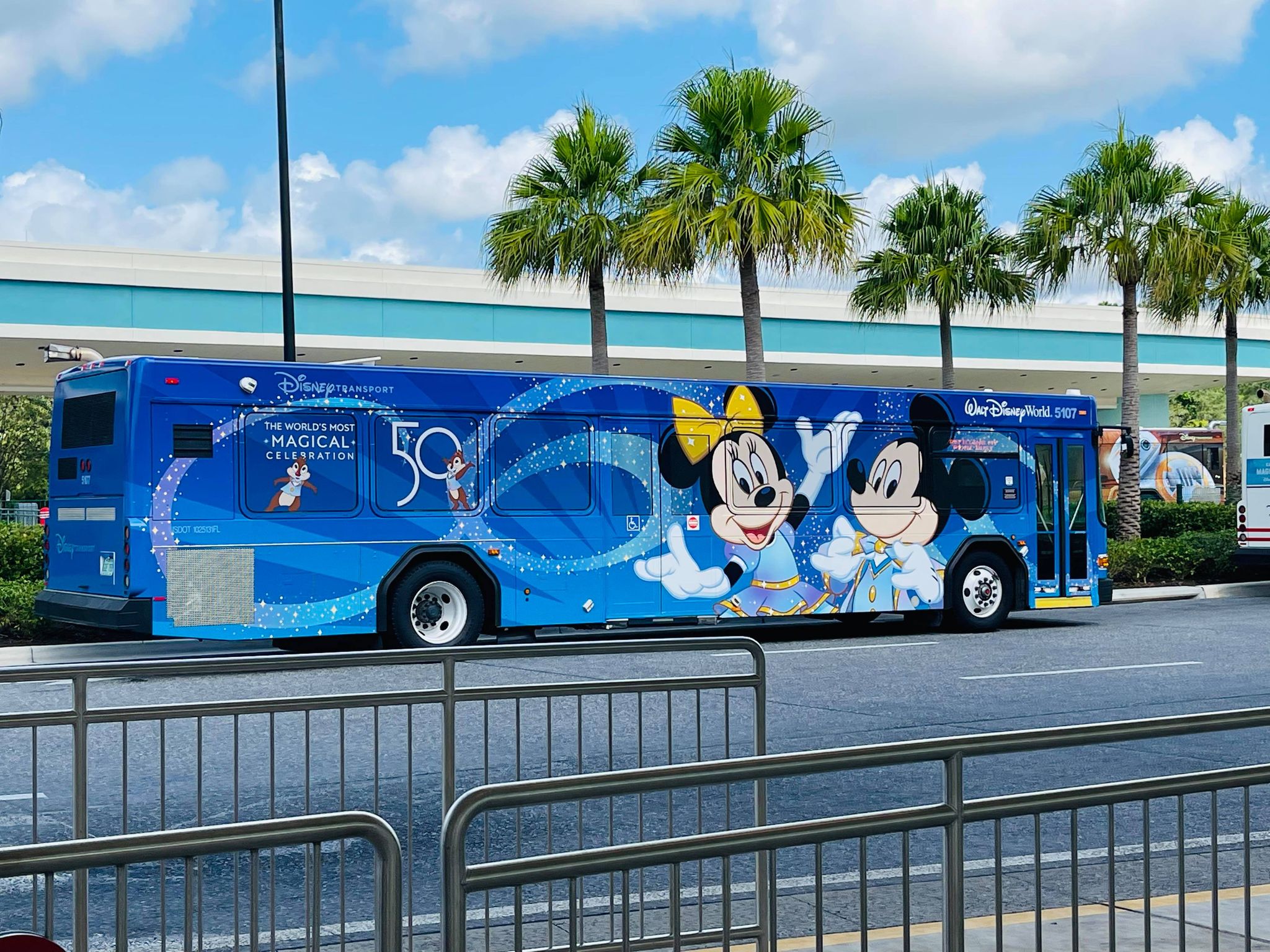 If you’ll be visiting the theme parks and resorts in the weeks ahead, be on the lookout as you may be lucky enough to hope on one. 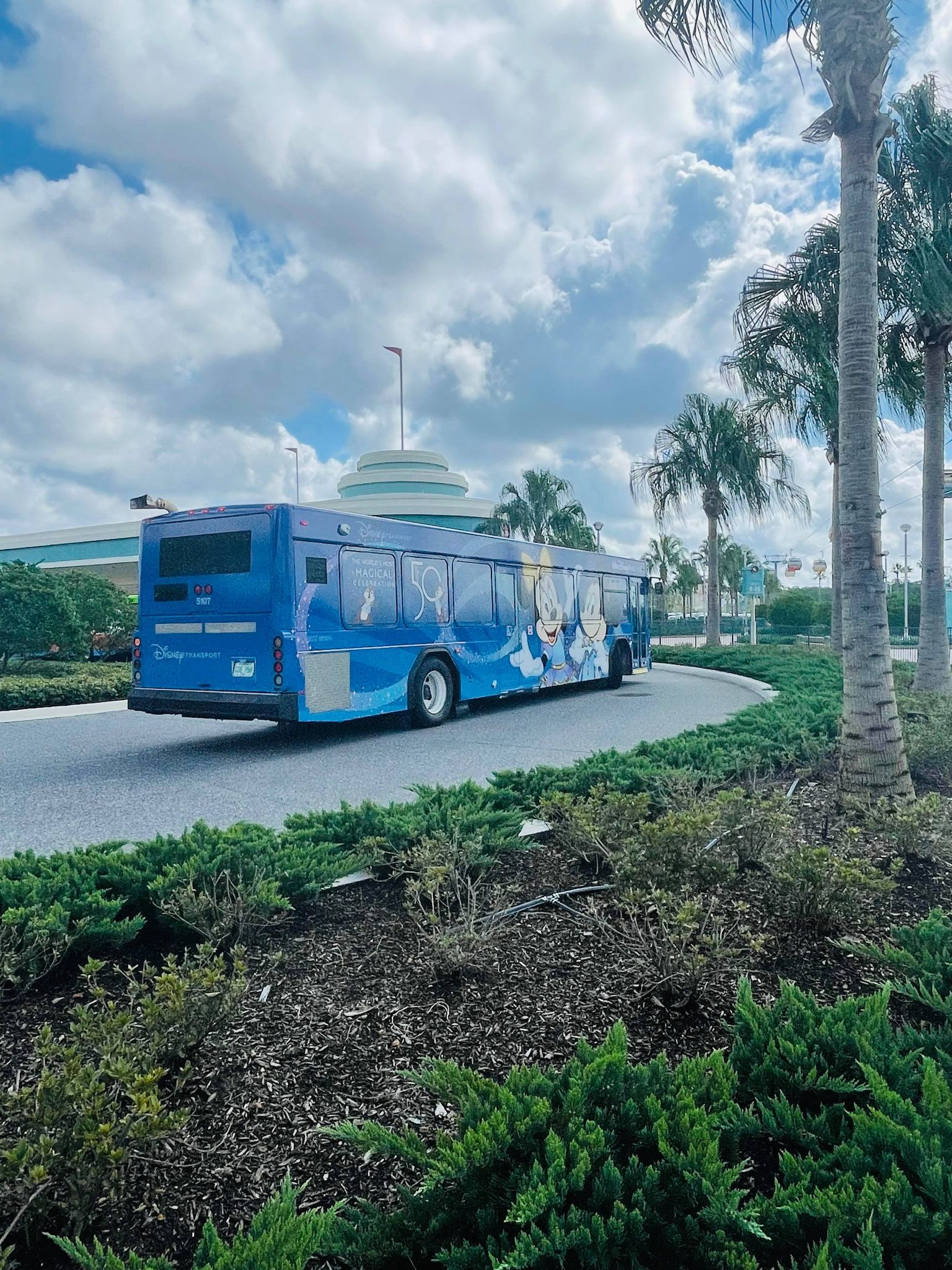 This is just one of the MANY changes Disney World is making in the lead-in to October 1st. 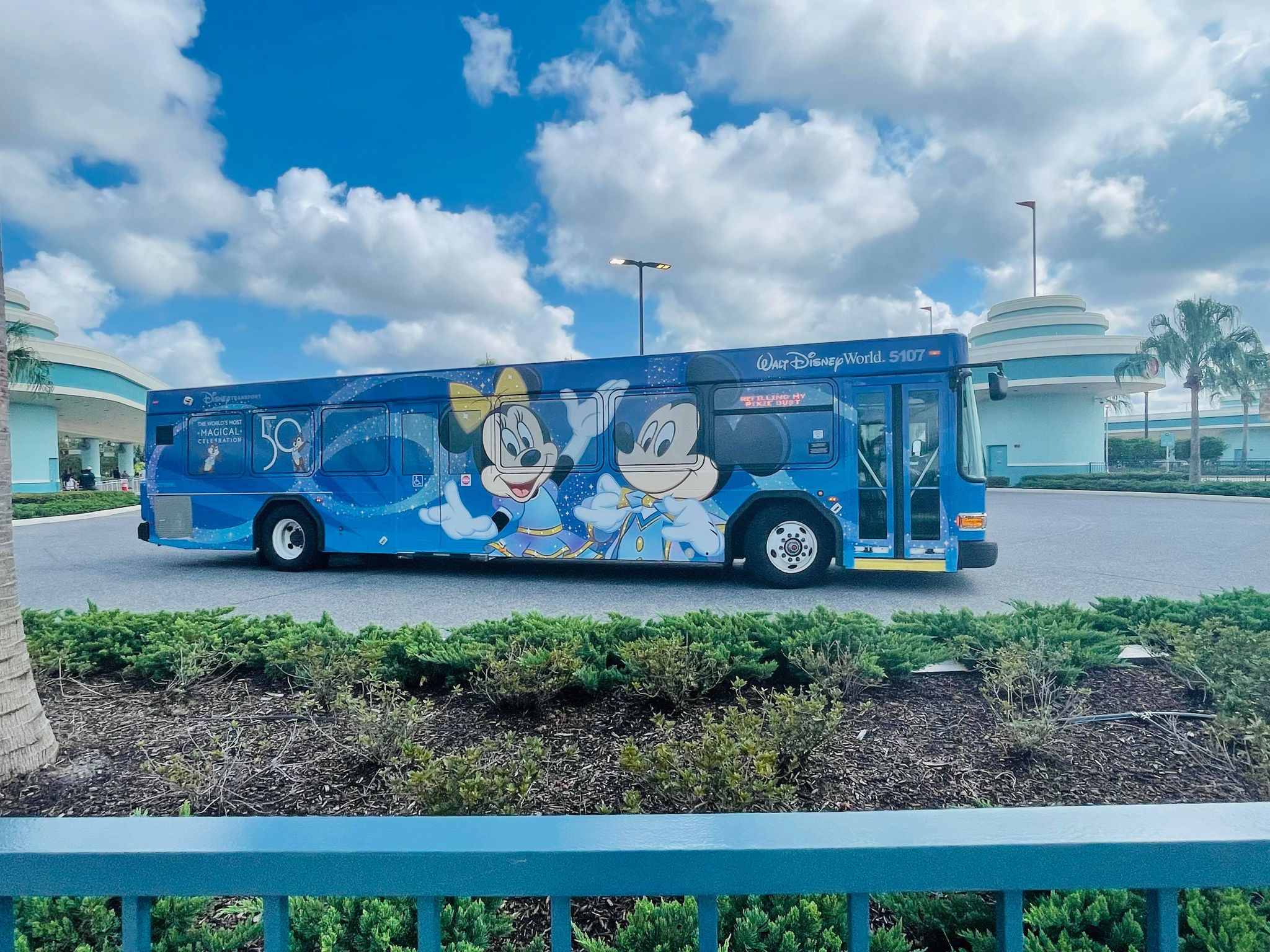 Other noteworthy changes include paint jobs at “it’s a small world” and “Mad Tea Party” a reimagining over at Jungle Cruise, a new entrance at Pecos Bill’s in Frontierland, continued work on the reimagining of EPCOT, 50th Anniversary banners adorning the park, a restored partners statue at Magic Kingdom, work to the Main Street Railroad Station and the list goes on and on. 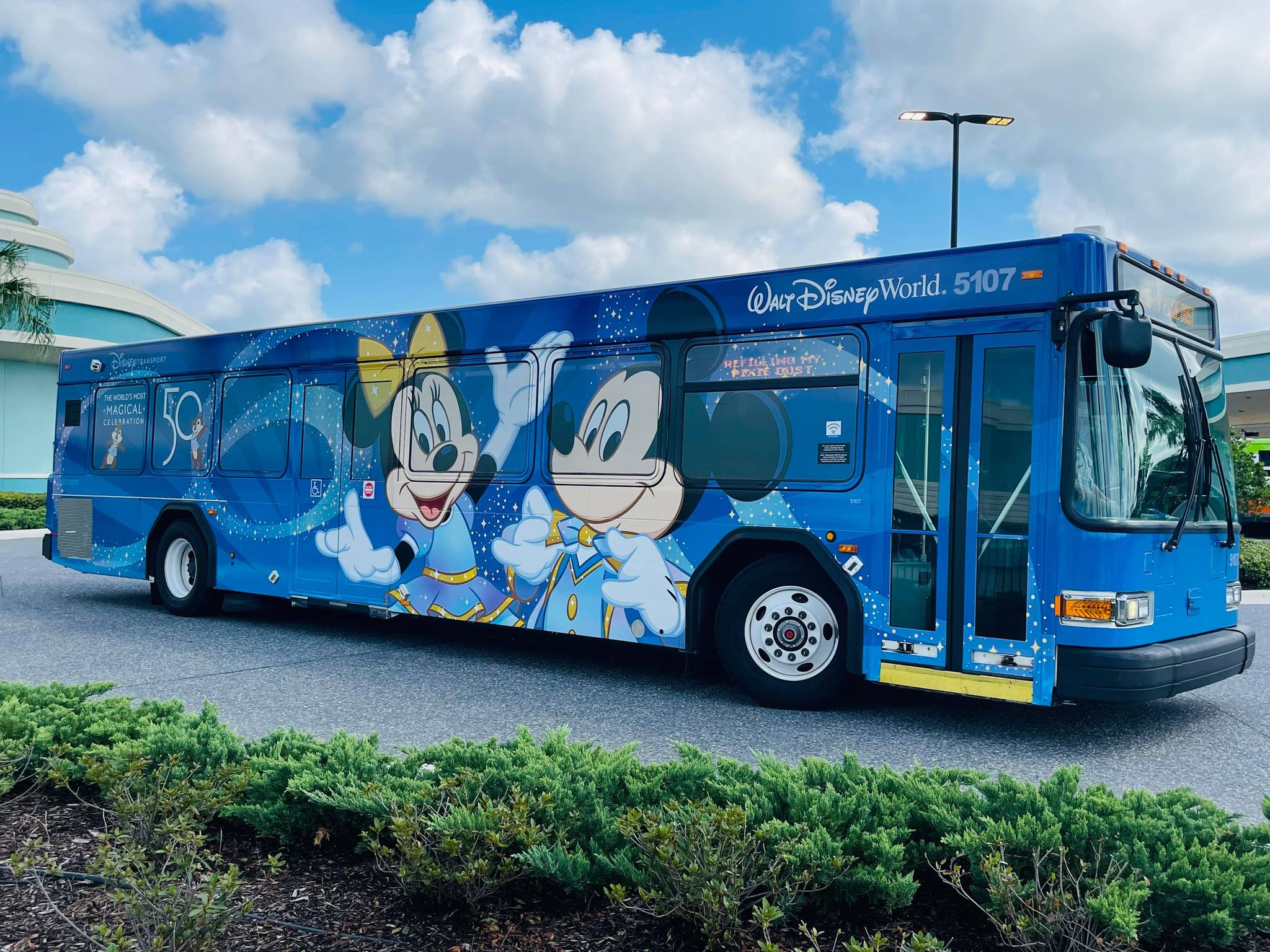 That’s why we think that there’s NEVER been a better time to visit Walt Disney World! 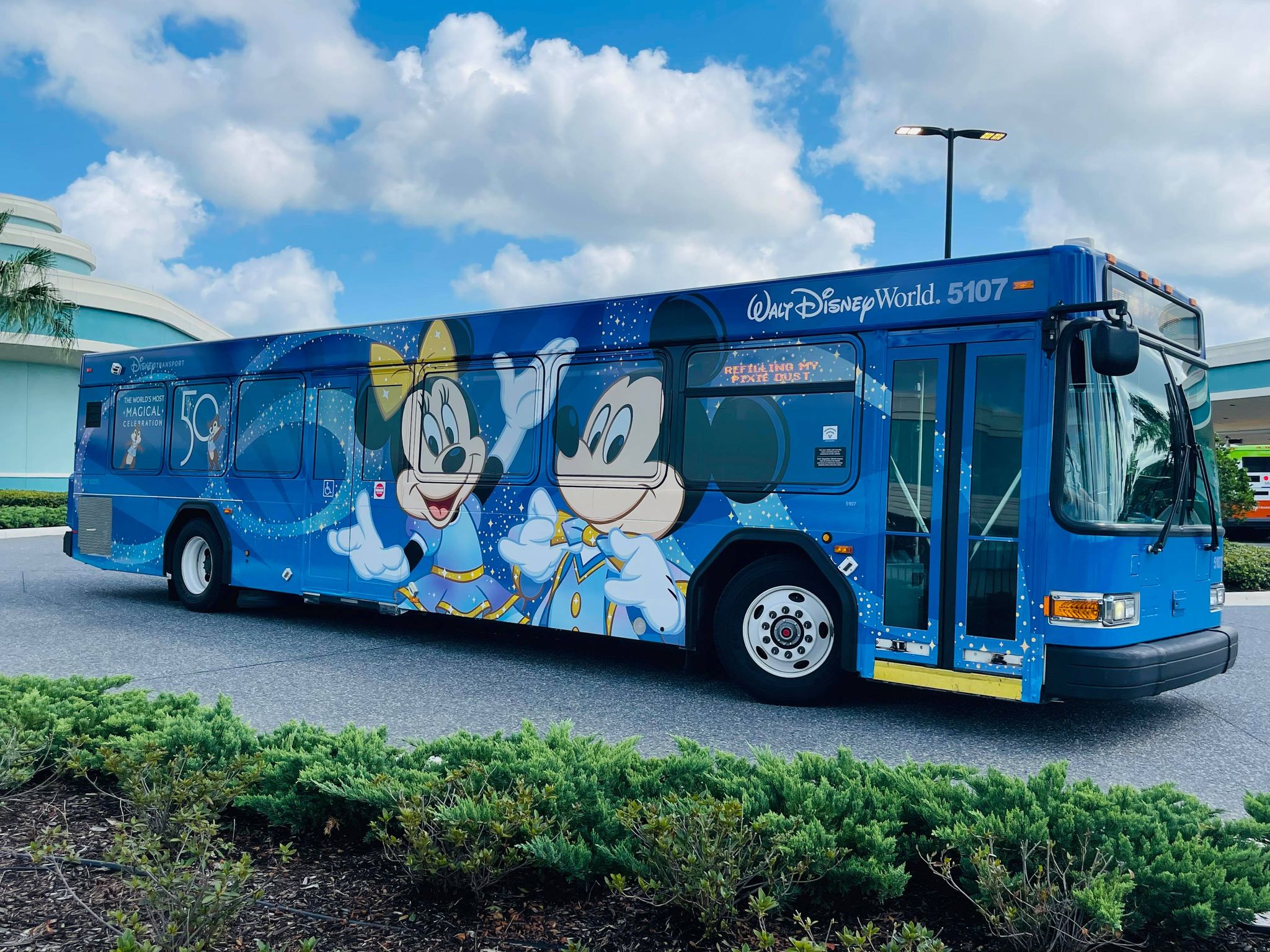 Everything will be extra sparkly and magical! 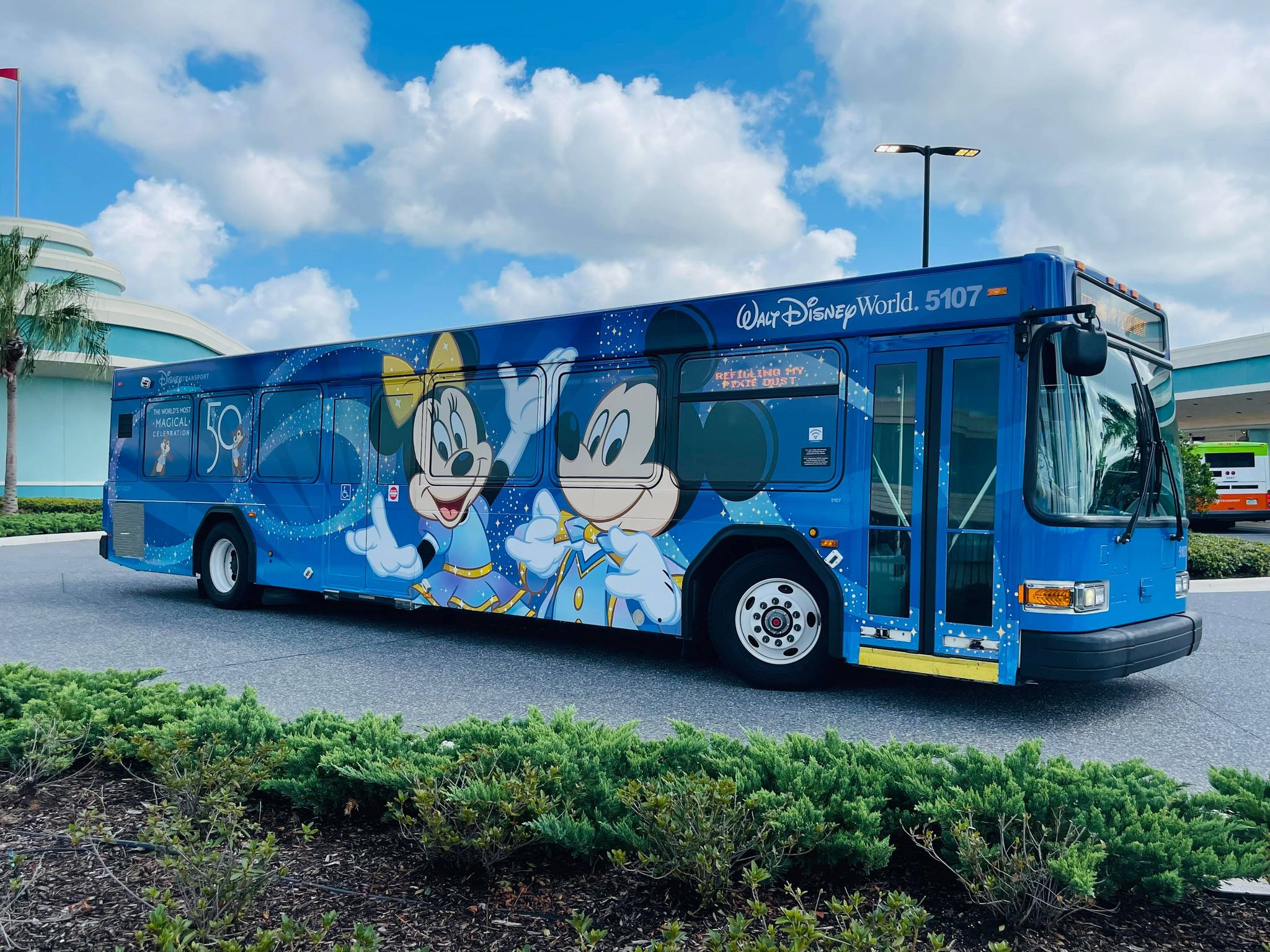 Your MickeyBloggers are moving over to Disney’s Hollywood Studios where we have even more exciting news to share with you! 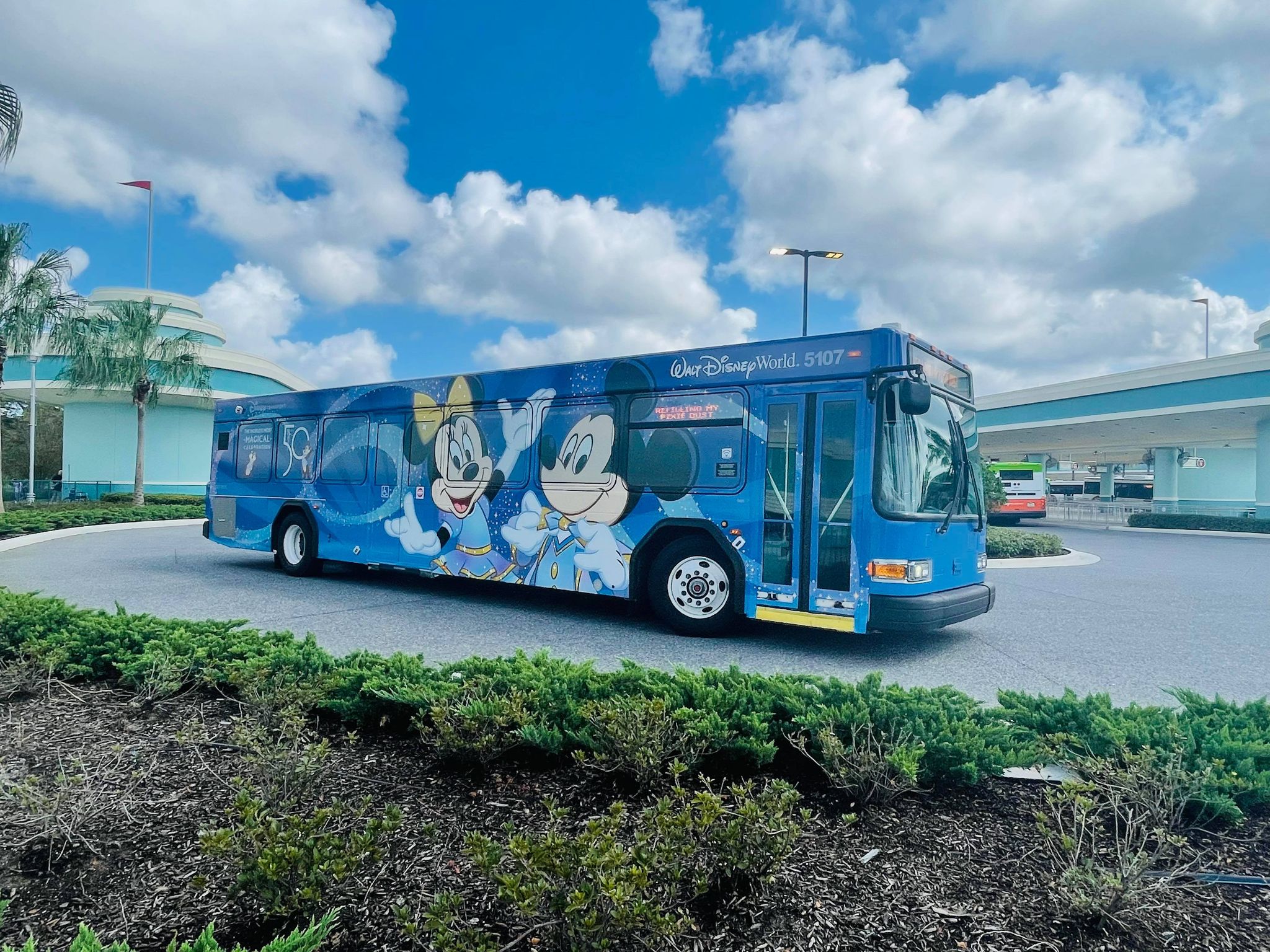 We’ll be coming to you LIVE! from the theme parks throughout Labor Day weekend so keep following along with us.