Kumail Nanjiani, a Member of the Eternals, Dropped By the Avengers Campus! 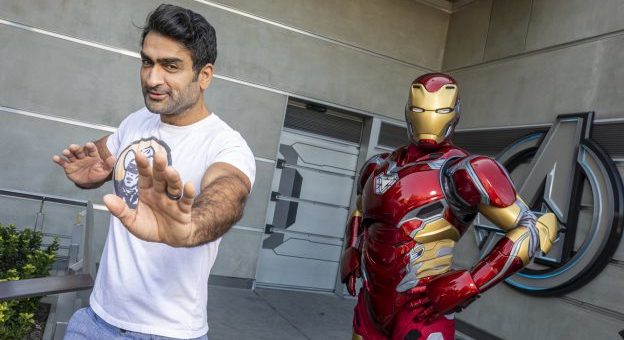 We heard a rumor that among all of the incredible super heroes currently greeting guests at the Avengers Campus in Disney California Adventure, that we would eventually get the chance to meet The Eternals, but we didn’t think this soon!

As you can see from these pictures, the always awesome Kumail Nanjiani who stars as Kingo in the upcoming Eternals recently had an opportunity to check in with his fellow heroes during a recent trip Disneyland Resort. 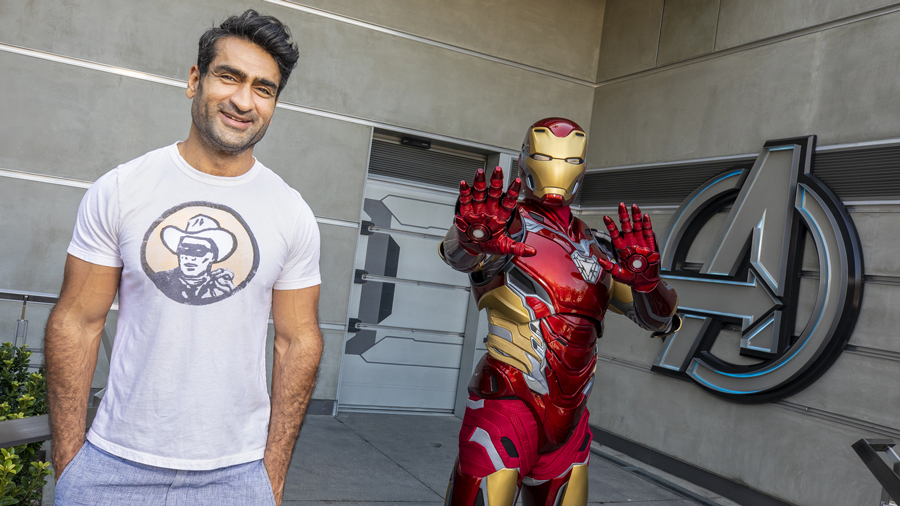 Disney managed to snap a few pictures of Kumail just after testing his super powers on WEB Slingers: A Spider-Man Adventure. As part of the tour, Kumail also had a chance to meet Iron Man himself just outside of Avengers HQ.

He posed for the picture above before making his way to Guardians of the Galaxy- Mission: BREAKOUT to hang out with Star-Lord and the rest of the gang!

Unfamiliar with the Eternals? We’re here to change all of the that. Check out the recently released FINAL trailer below:

Eternals will arrive in theaters on November 5th.  It features an exciting new team of heroes, ancient aliens who have secretly living on Earth for thousands of years. In the film, unexpected tragedy forces them out of the shadows to reunite against mankind’s most ancient enemy- the Deviants.

As we previously mentioned, starting this Fall at the Avengers Campus in Disney California Adventure Park you may notices some of these heroes making the rounds so be on the lookout!

Readers are encouraged to keep following along with MickeyBlog for more Marvel news and updates!