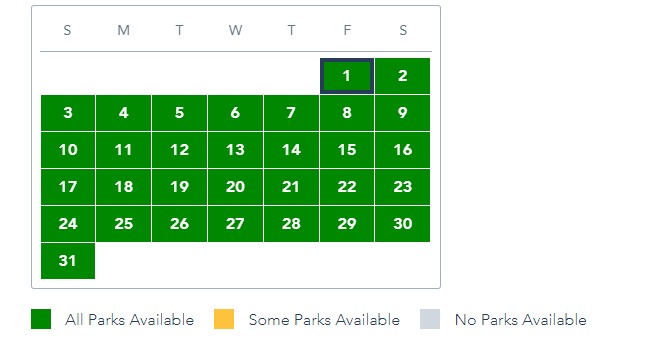 Theme park reservations are available for the Magic Kingdom at Walt Disney World for the 50th anniversary on October 1!

As of early this morning theme park reservations are available for the Magic Kingdom on October 1. 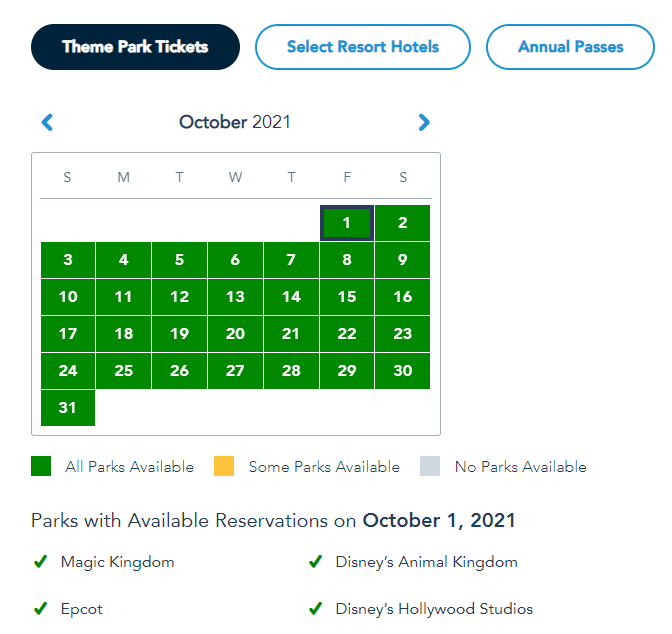 Theme park reservations are available for the Magic Kingdom at Walt Disney World as of 10:00 a.m. EST on August 30, 2021.

Disney will release reservations if they decide to increase capacity or if there have been cancellations. It seems they did that this morning!

In the past, they have been available in the morning and then snatched up quickly. 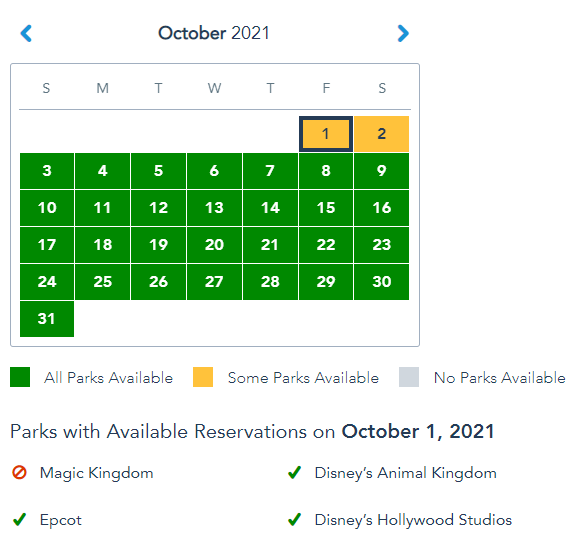 This happened just last week – they were open for a couple of hours and then gone again.

It’s a good lesson to learn – keep checking for reservations because they DO open up! 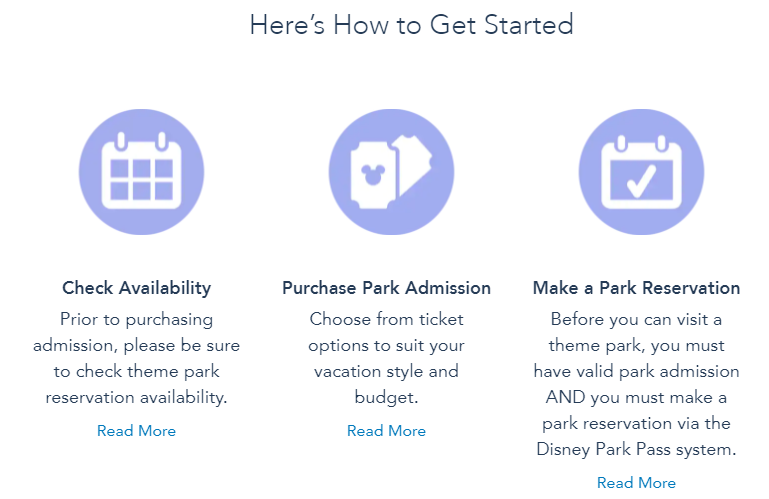 Generally, reservations are open at Walt Disney World for the future. For the rest of the year, the only dates that have limited availability are:

As a reminder, these theme park reservations are for your starting park.

If you have a Park Hopper ticket, you can visit all four theme parks at Walt Disney World in a single day. You must make a Park Pass reservation for your starting park AND enter that before you can hop to other parks after 2 p.m.

There could be capacity limits – so you can hop to another park after 2 without a reservation, but if the park has reached capacity you won’t be allowed in.

This capacity ceiling has only been reached a few times. There were a few days this April, during the spring break peak when you couldn’t hop to some of the parks.

I expect it might be difficult to hop to Magic Kingdom on October 1. But, maybe not! I’m envisioning Disney preparing for the 50th anniversary celebration and wanting to include as many guests as they can.

So maybe Disney World will increase capacity for that park that day. They have the power, and there are no capacity restrictions mandated by Florida at this time. We shall see what October holds!