We’ve got some exciting news to share with you Disney friends! 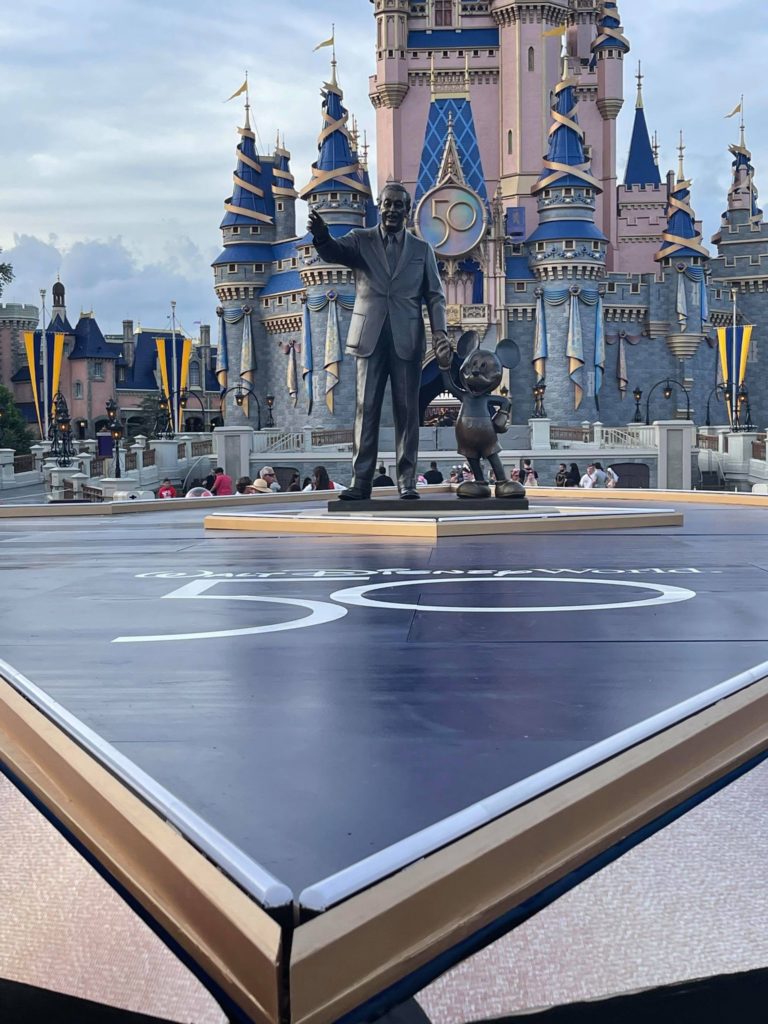 If you were following along with us this weekend you’ll know that a stage has gone up in front of the Partners Statue at Magic Kingdom. 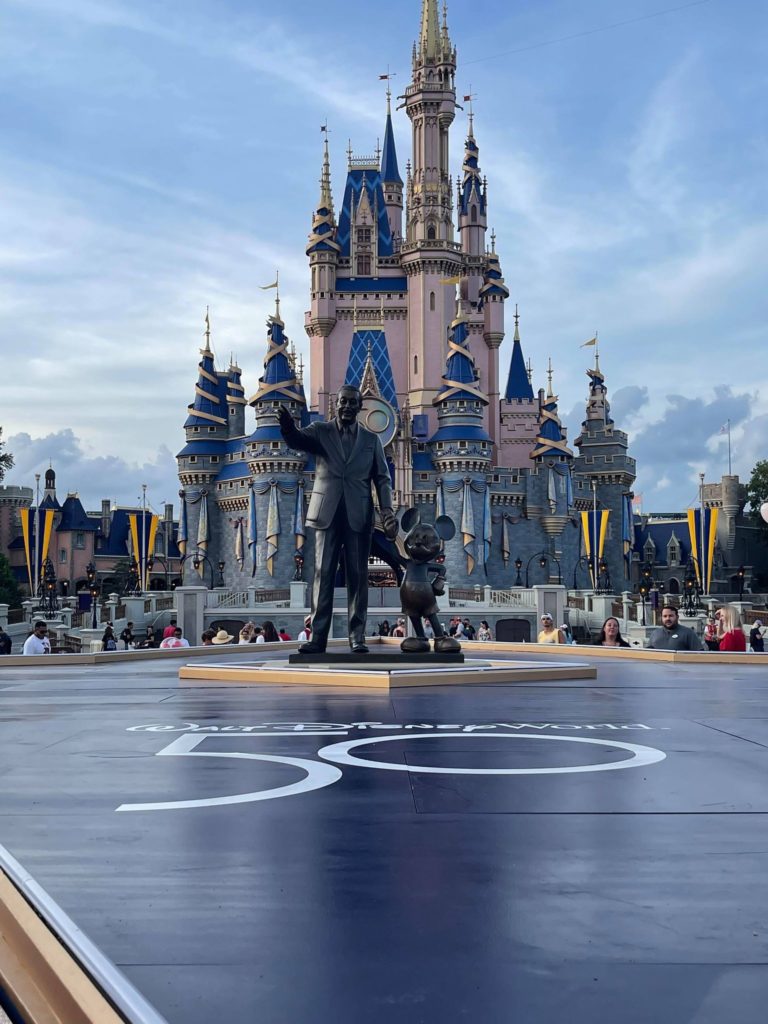 Yesterday we shared first images with you of the stage and at that time were questioning what it might be used for. 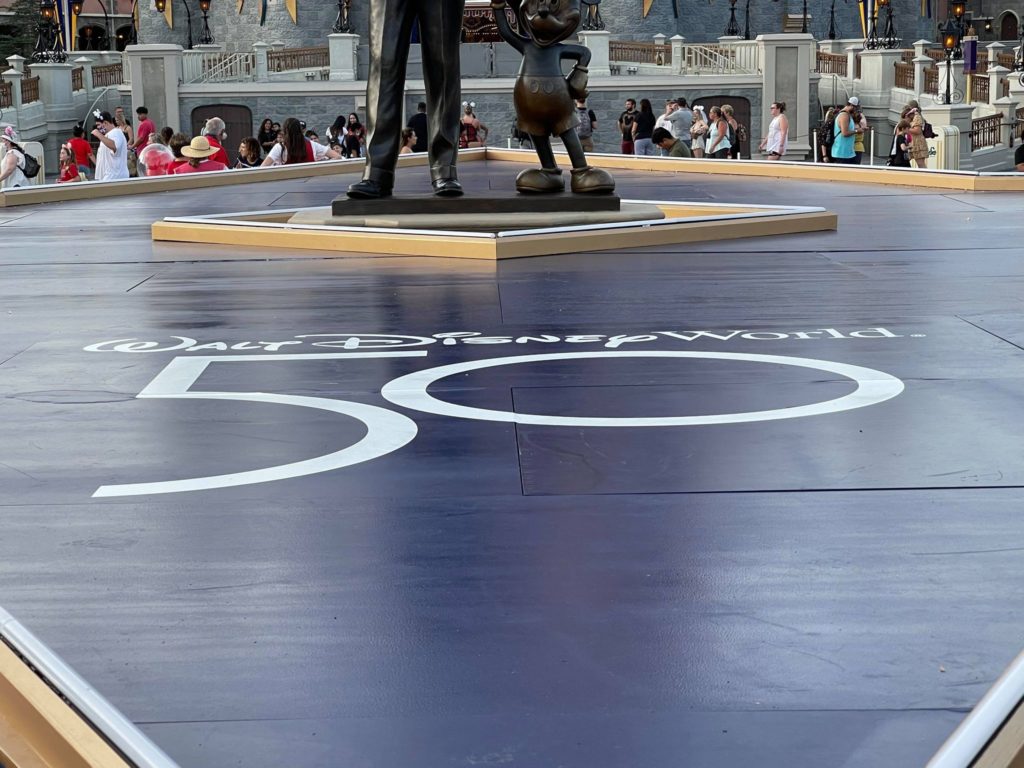 The entire stage area was walled in and cast members were stationed at the site to make sure that guests didn’t enter the stage area. 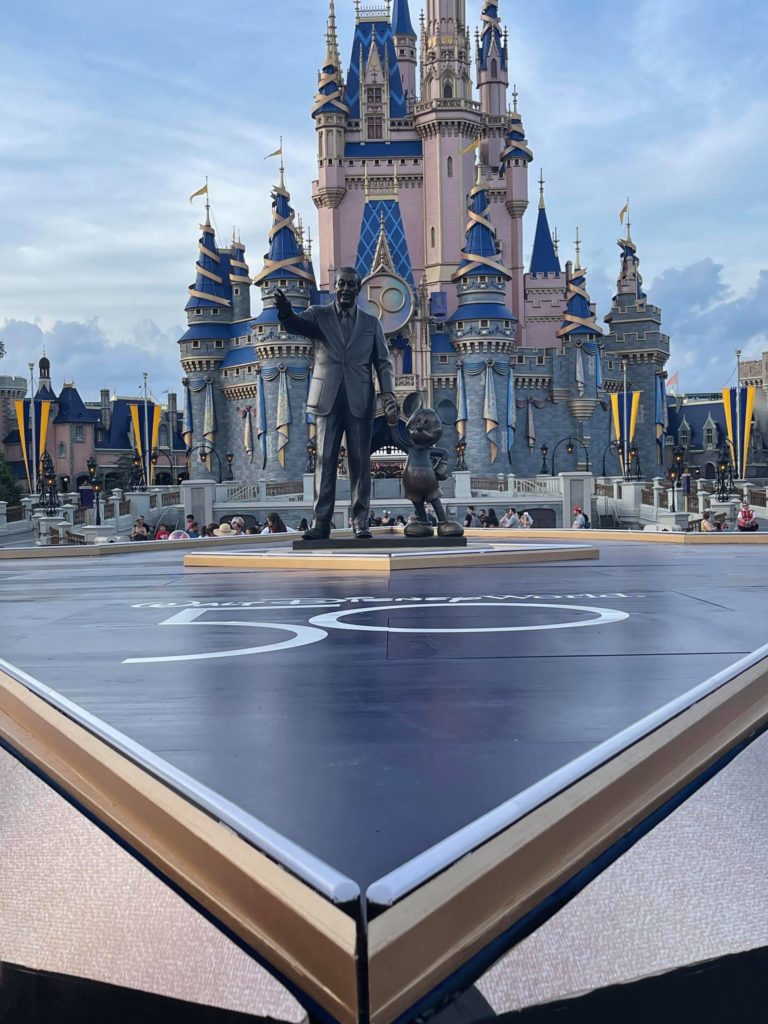 Yesterday, we were advised that the stage would probably be in place until the middle of this week. But, we weren’t exactly sure why. 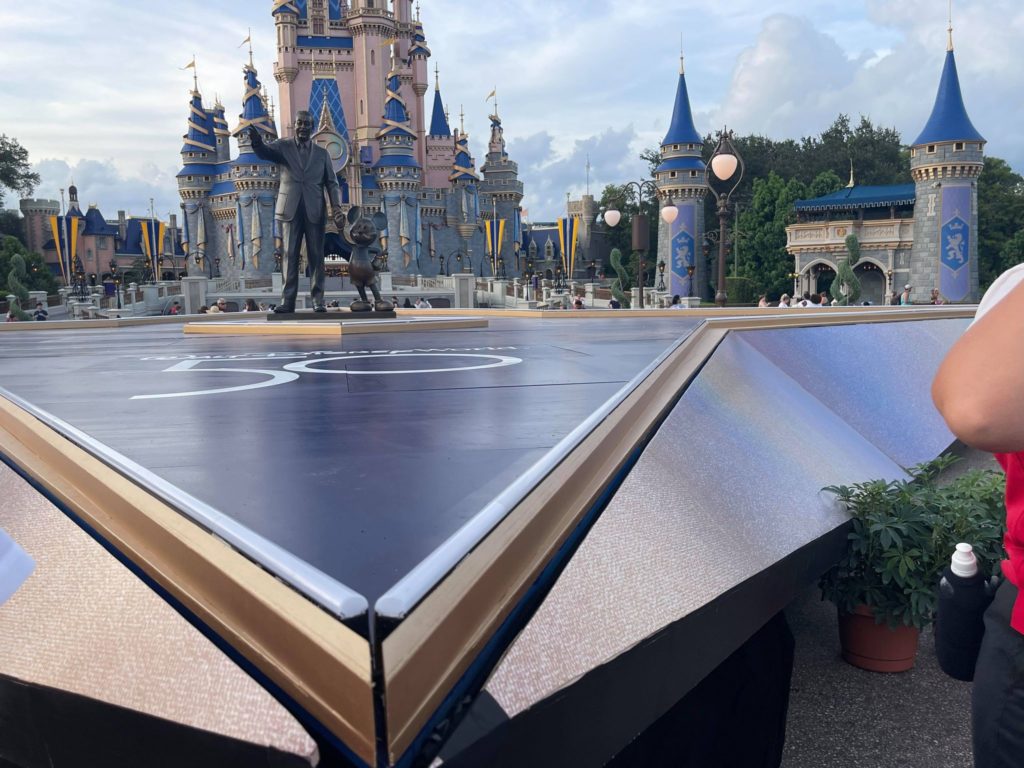 Now, I think we know! 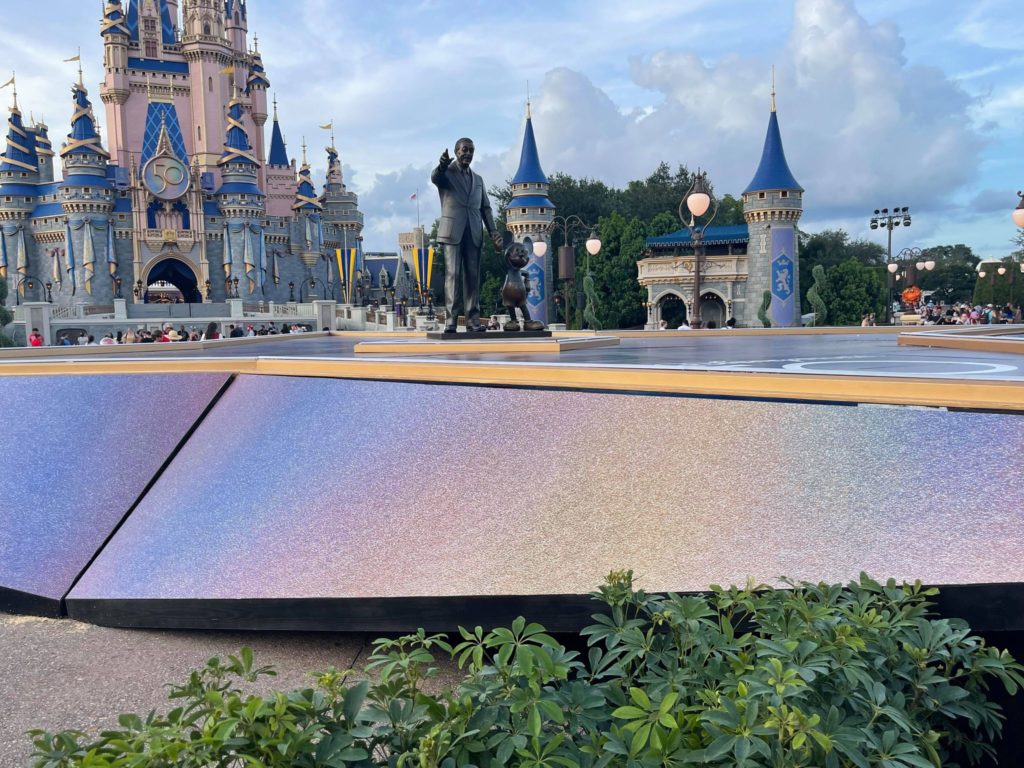 We just heard the news that none other than Christina Aguilera will be taking to the stage today in a musical number being recorded in celebration of Disney World’s 50th Anniversary Celebration. 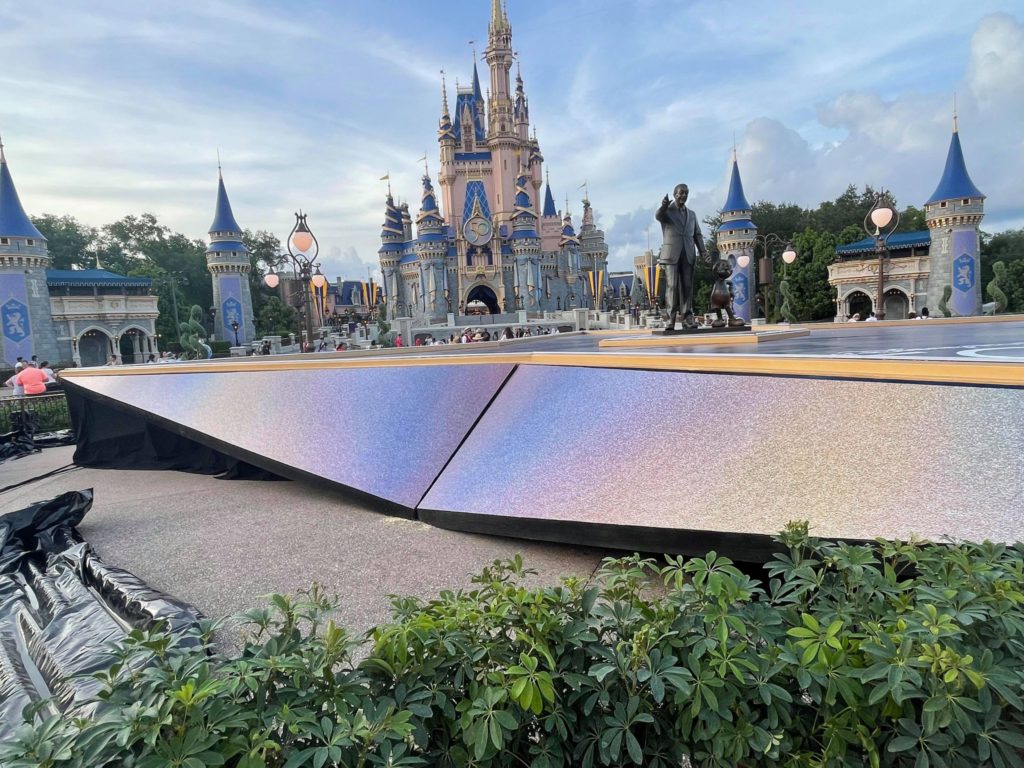 Unfortunately if you happen to be at Magic Kingdom or even Disney World for that matter, don’t get too excited at the prospect of a FREE concert. 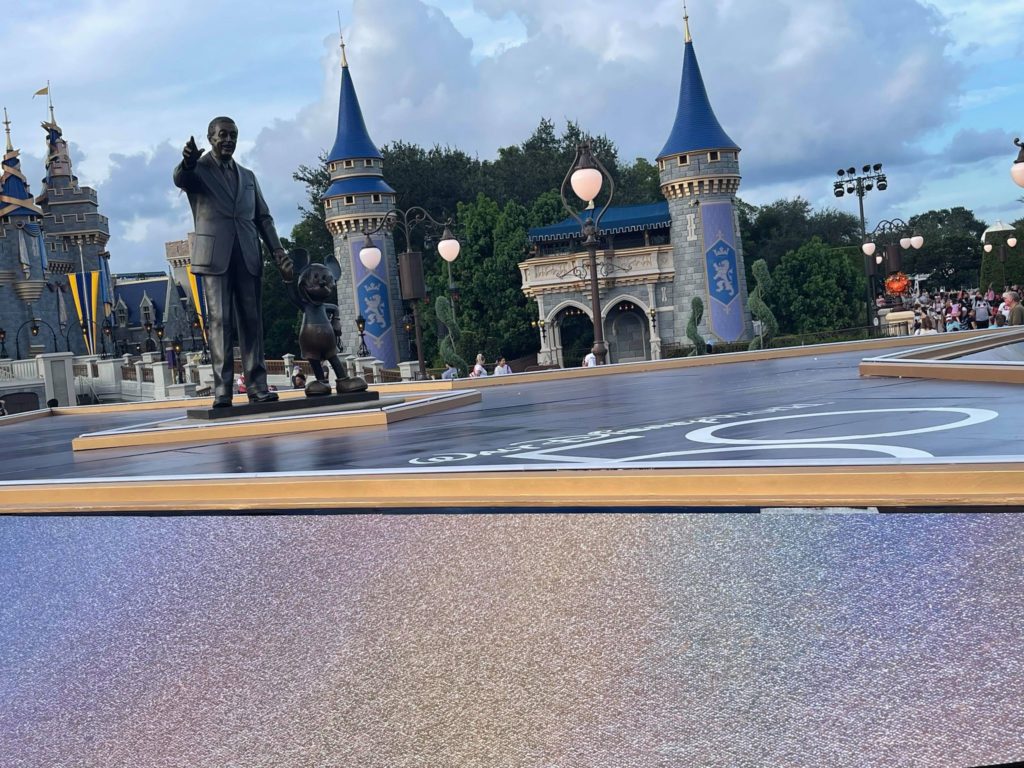 Our sources tell us that the event will be taking place after the park has already closed for the evening.

We aren’t sure if there will be an audience.  In cases like this, that is a privilege that is usually given to cast members. 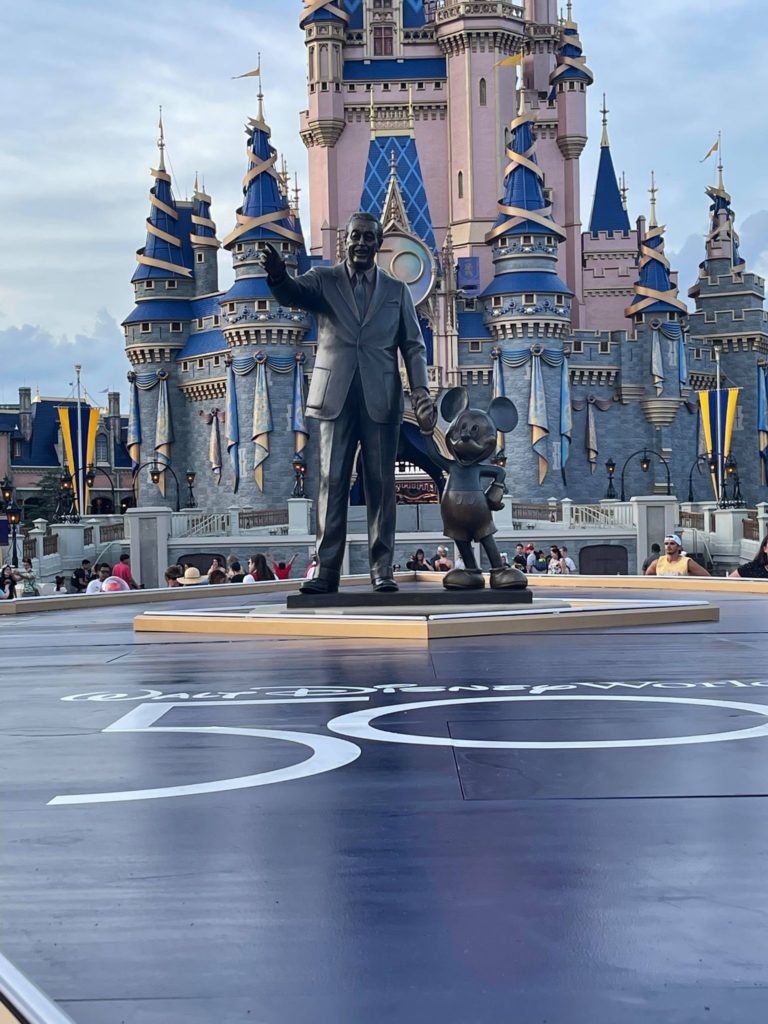 The stage was definitely being prepped for something. 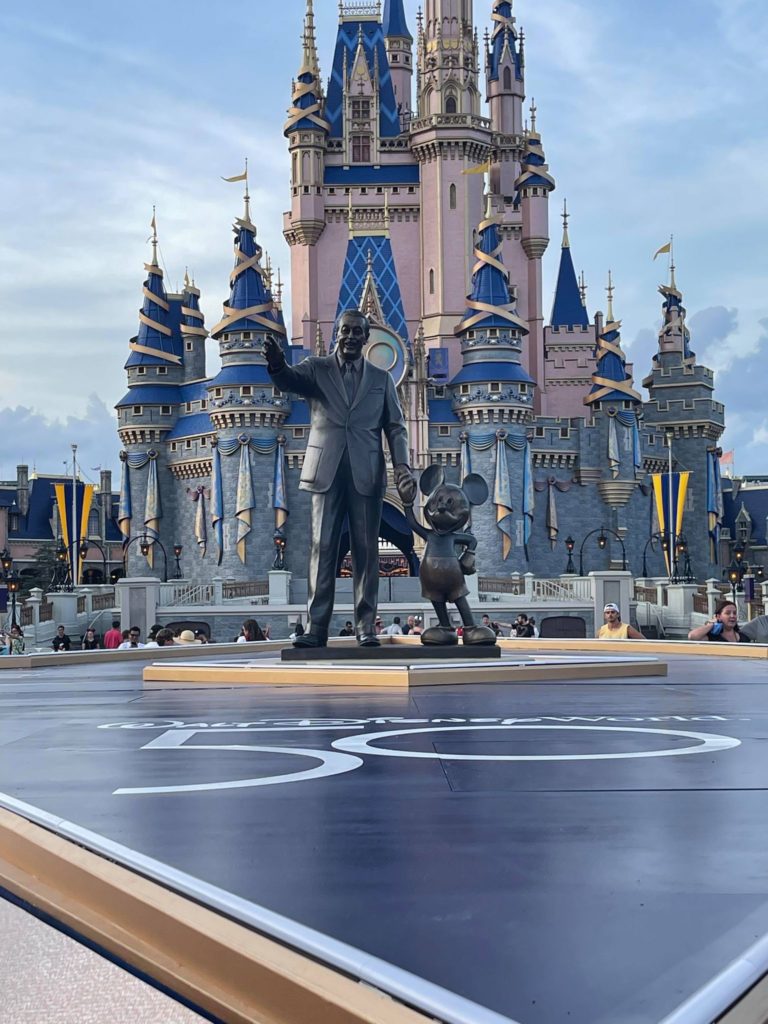 During our visit yesterday, there was a big black tarp laying across the stage area. 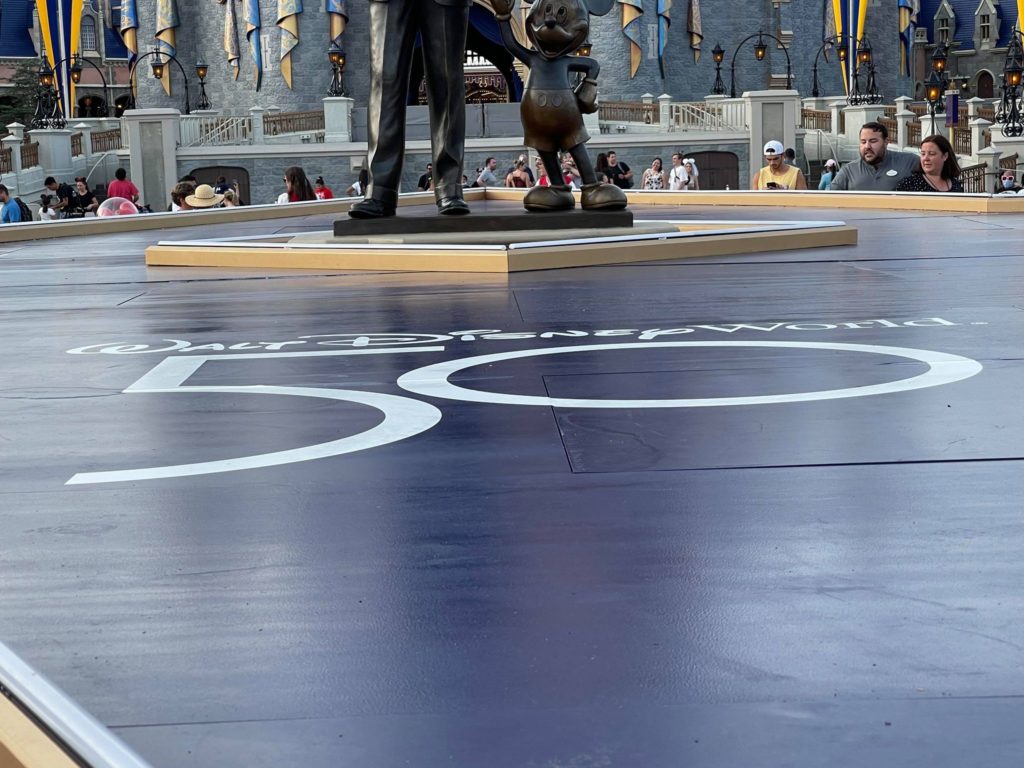 However, today we can see the flooring which sports 50th Anniversary details. 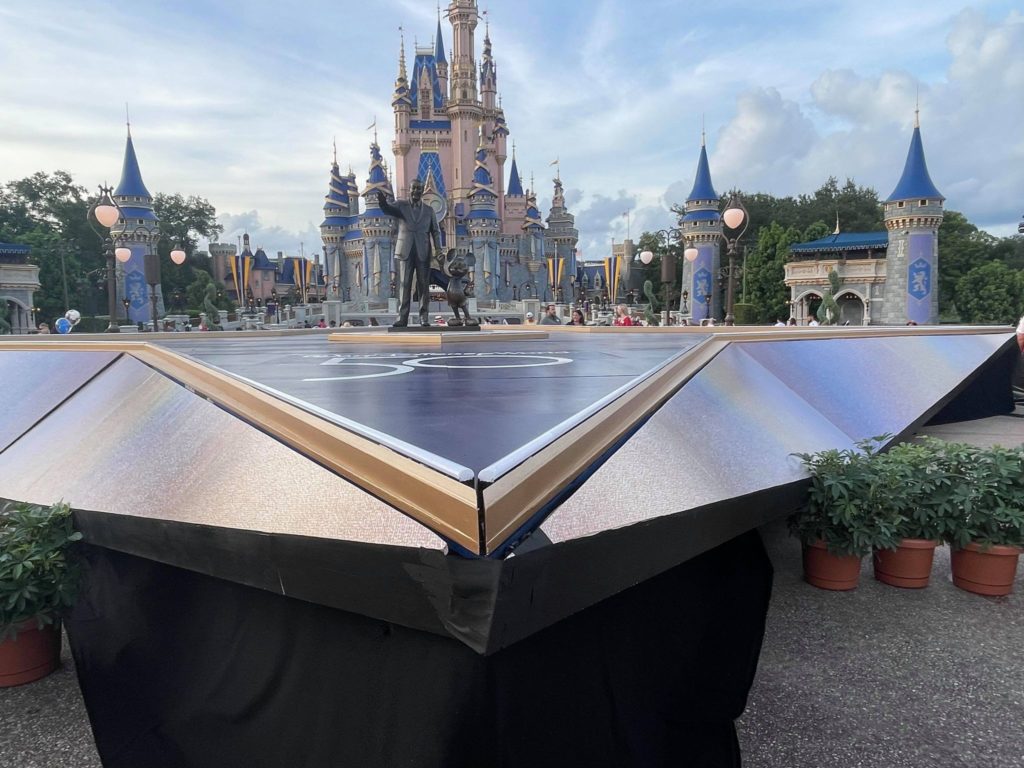 We can also see now that the stage features geometric edging. 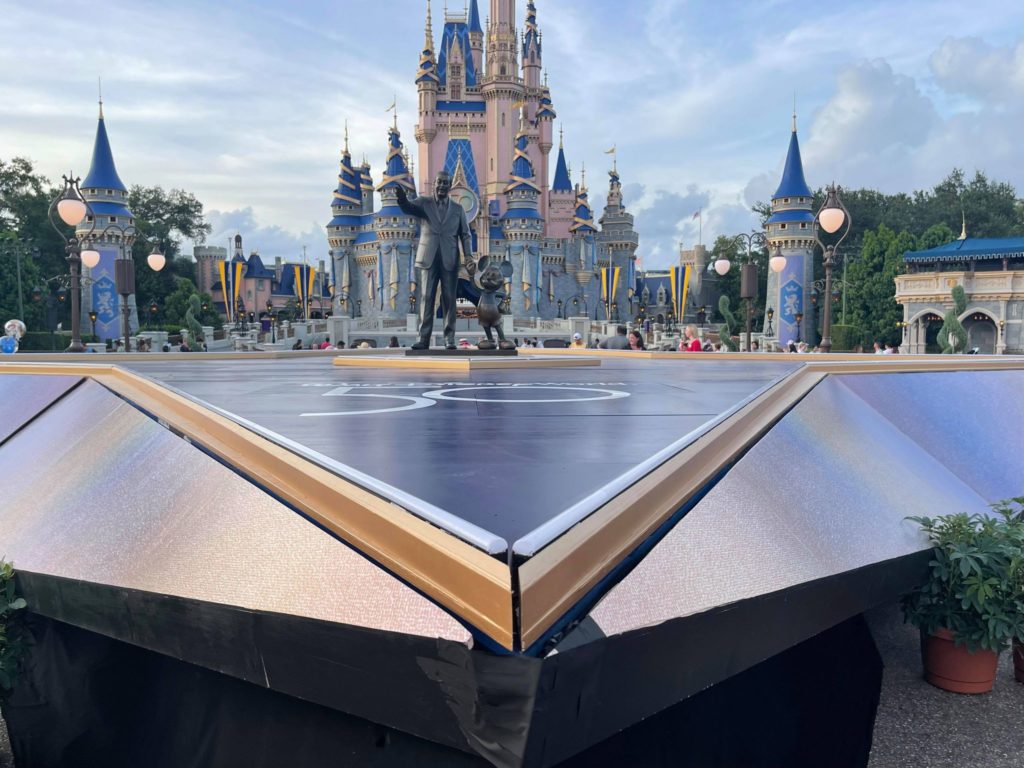 And if you look closely you can see that when the edging catches the light it displays the officially 50th Anniversary Earidescent colorway. 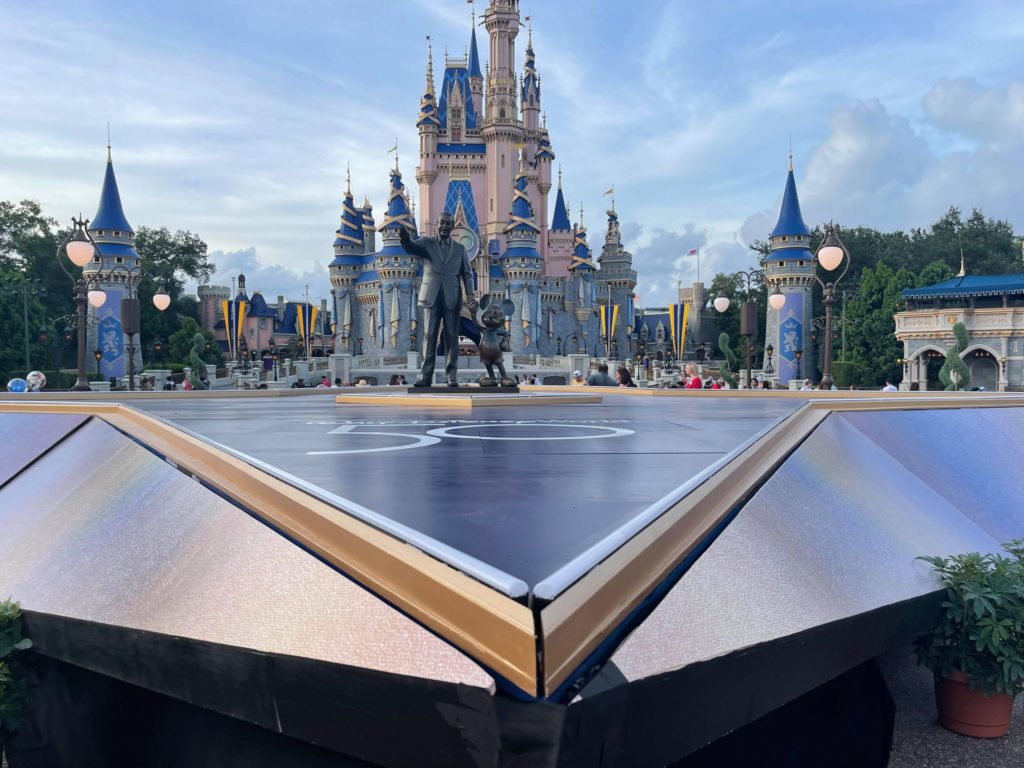 Yes, if you look below you can actually see a crowd starting to form around the stage.  We did find out that they were cast members who were waiting for an after hours event. 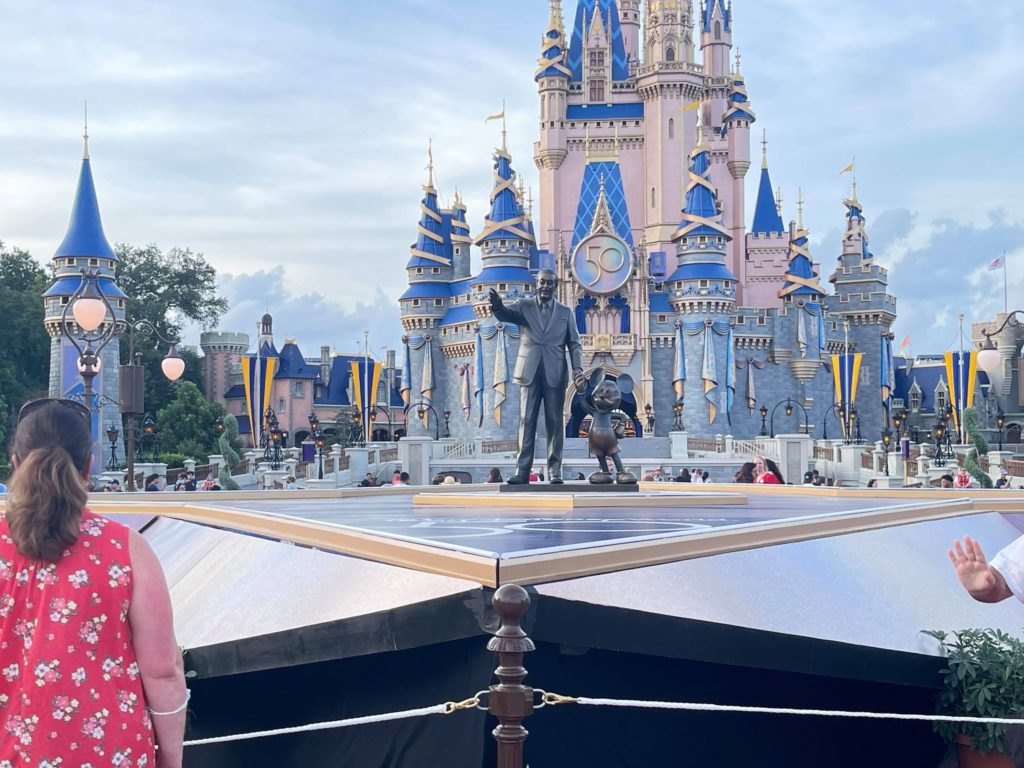 We  could also see members of a production team setting up during our visit. 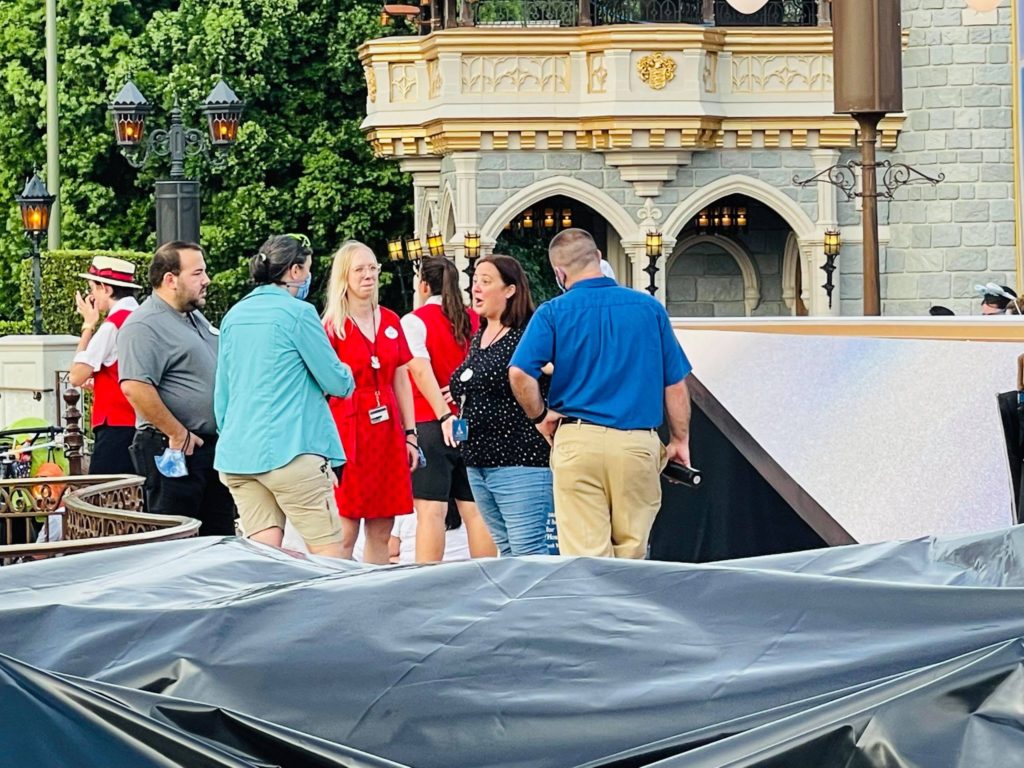 We’re not overly surprised to hear this exciting news. 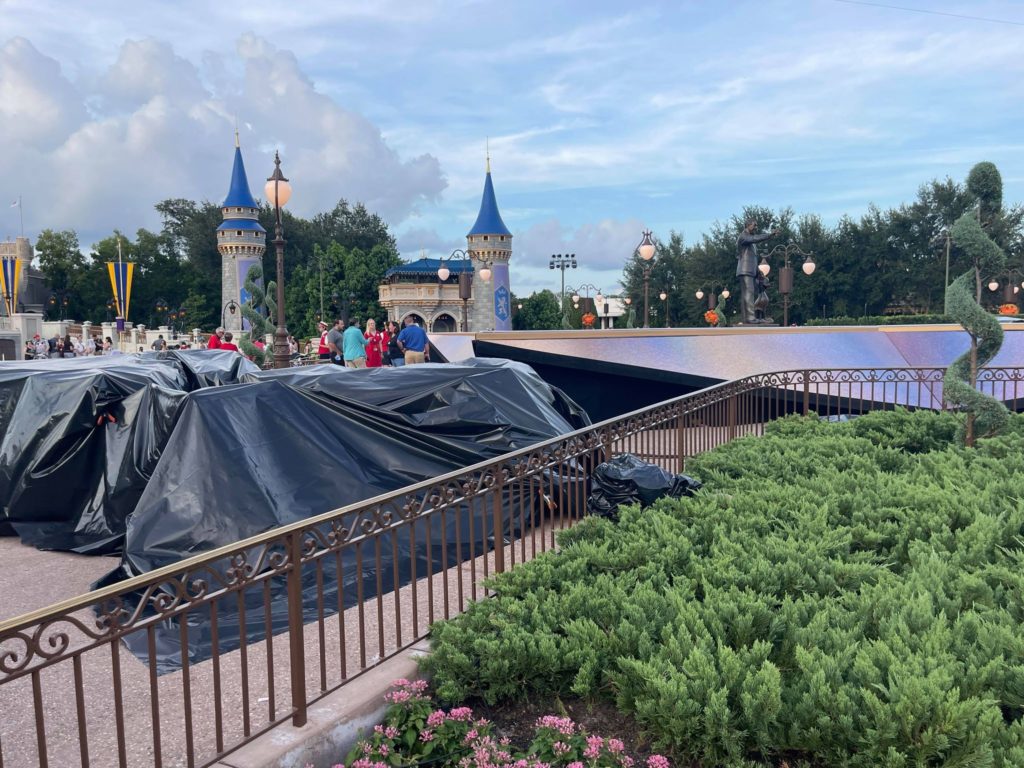 There will be more and more events like this as Disney inches ever closer to its 50th Anniversary which is on October 1, 2021. 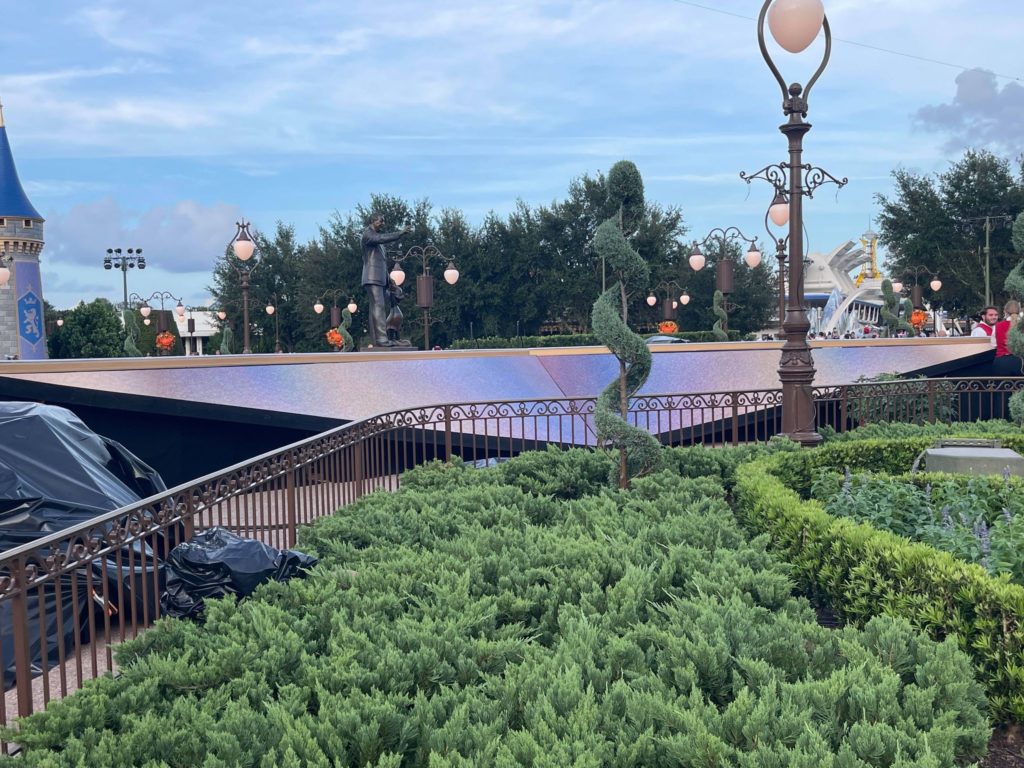 During our visit, stairs were also being moved into the area. 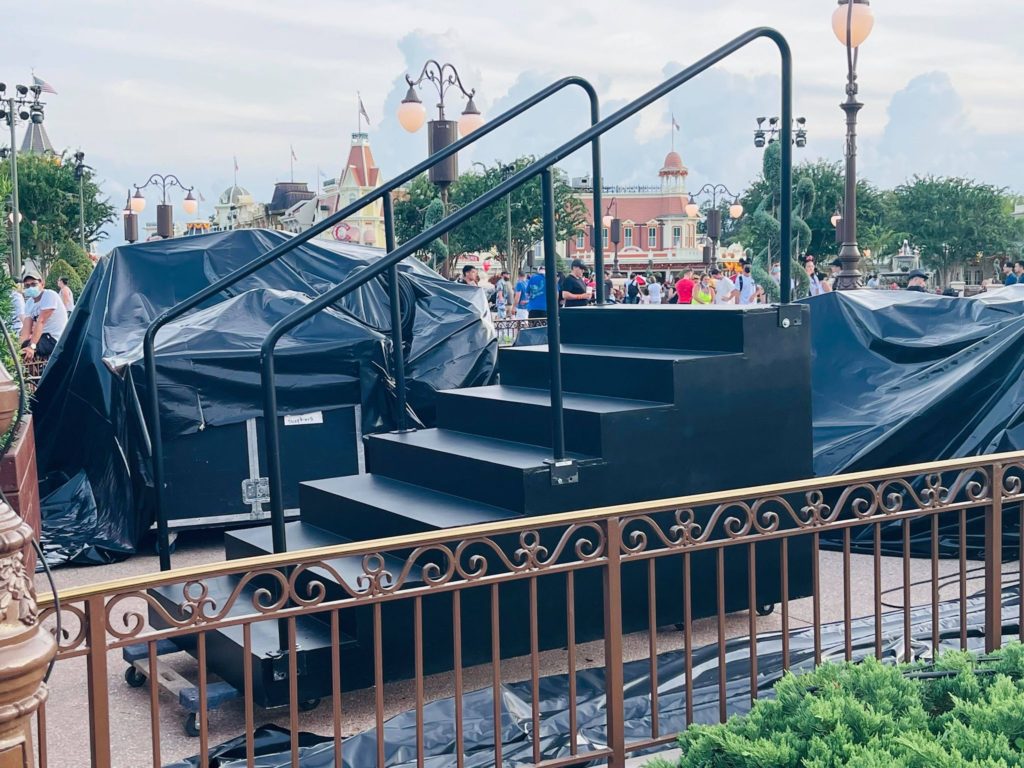 We  did not notice these in the stage area yesterday. 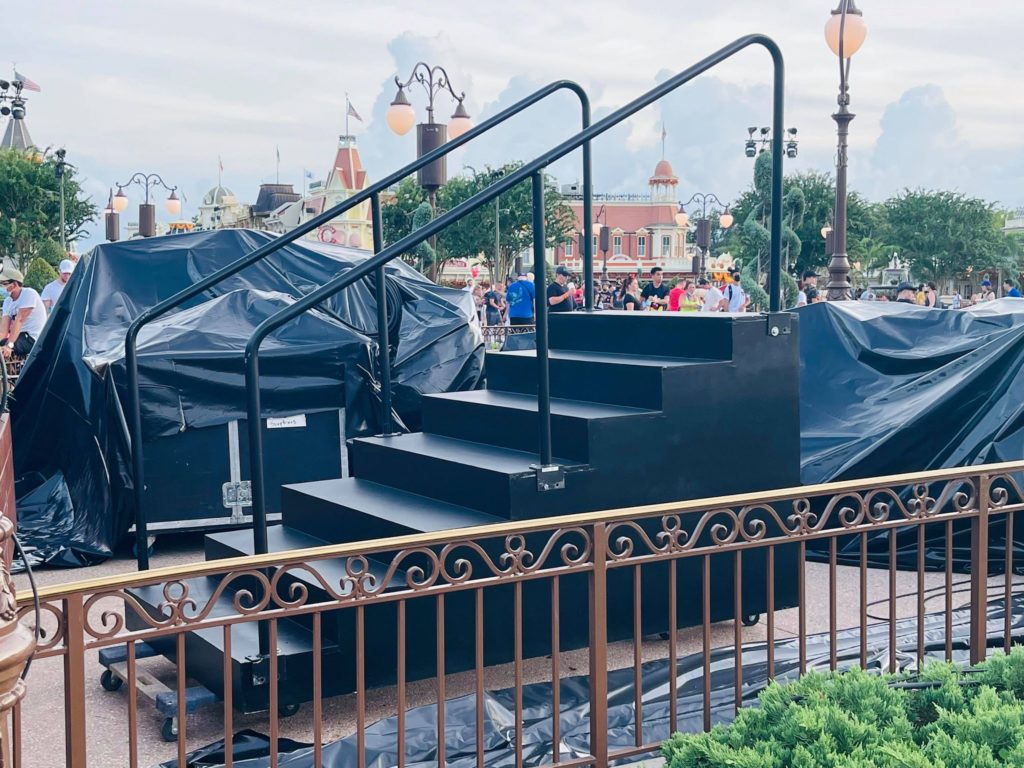 Though unfortunately we will not be able to attend the performance this evening, we expect Disney to be sharing footage with us in the days and weeks ahead! 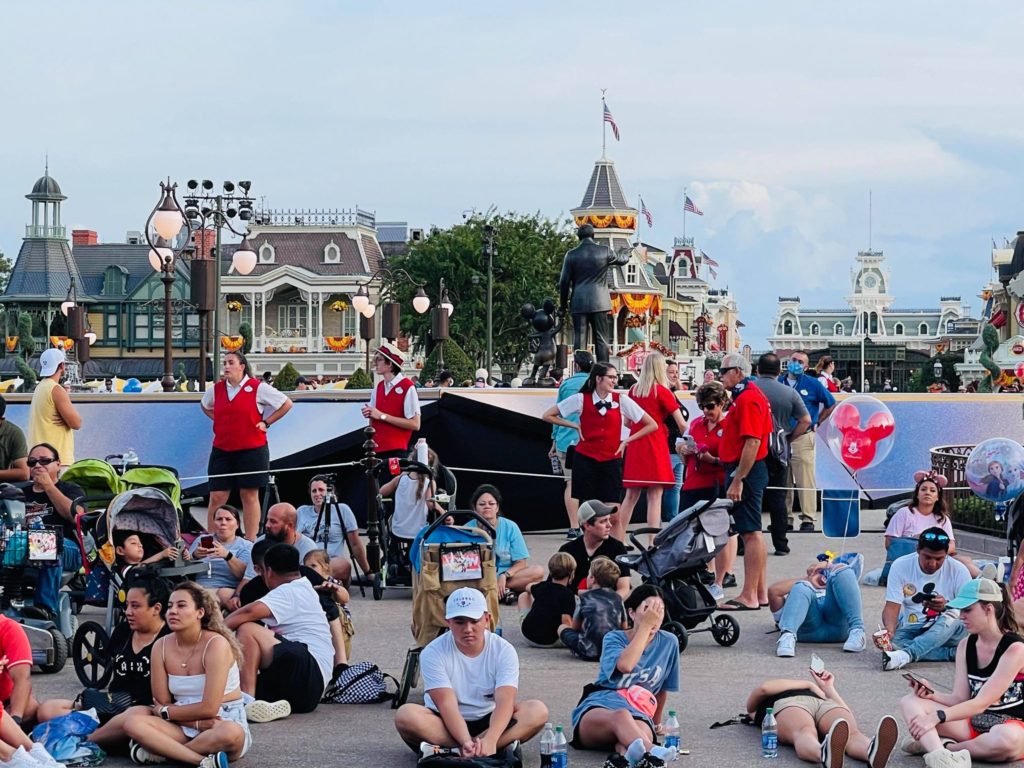 We can almost feel the excitement in the air for X-tina to take to the stage! 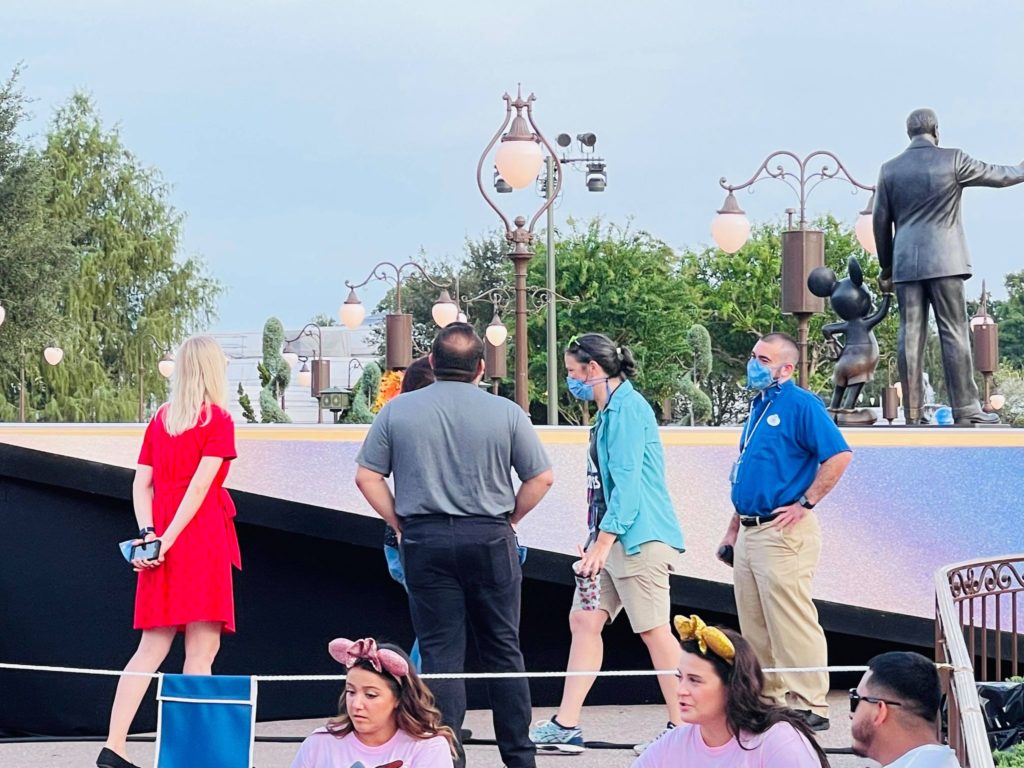 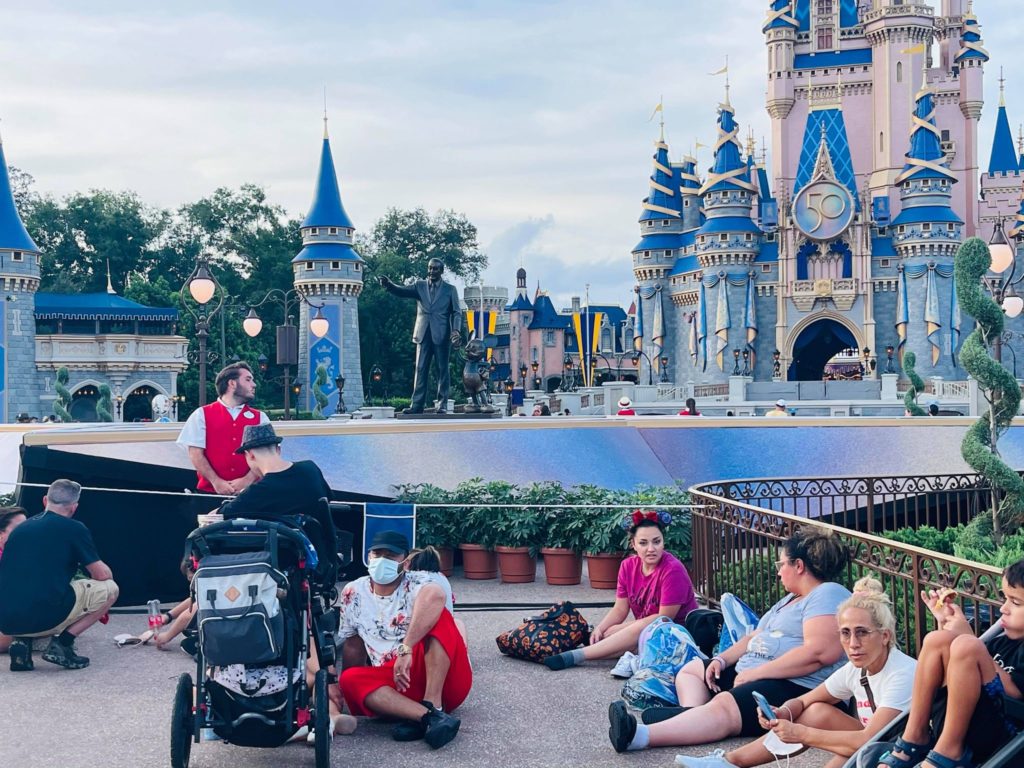 As always, readers are encouraged to keep following along with MickeyBlog. We hope to have more updates about this exciting event soon. 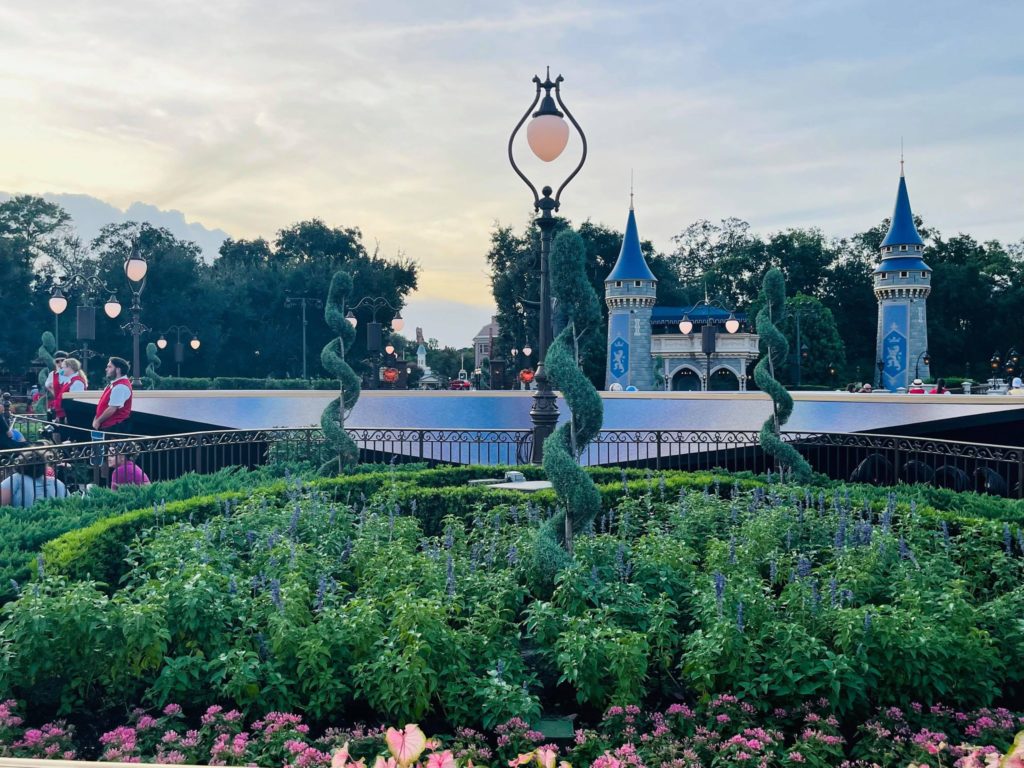 We’ll also be coming to you LIVE! from the theme parks each and every week with lots of 50th Anniversary info that you won’t want to miss! 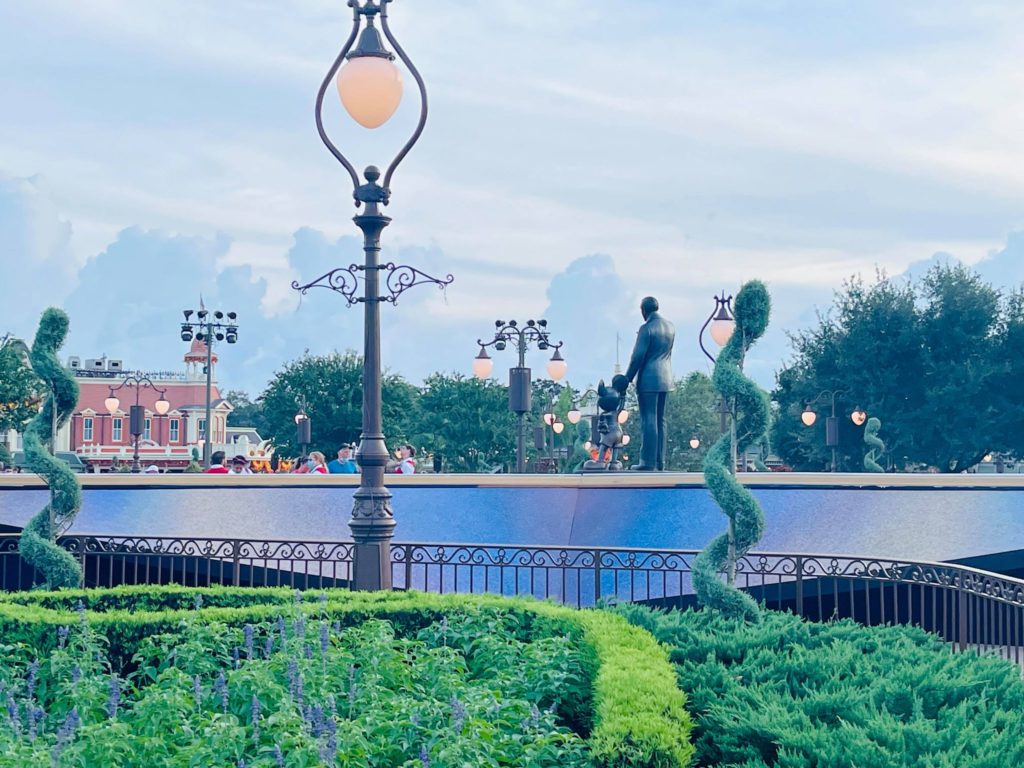 For all of those lucky enough to be attending tonight’s special event, have a magical evening!