Do you ever just get that feeling where you wish, more than anything, that you could be in the midst of some Disney magic?

There’s nothing quite like the feeling of being in the Disney parks, and anyone who has been will attest that the ‘Disney Blues’ is a serious and inescapable post-vacation ailment. 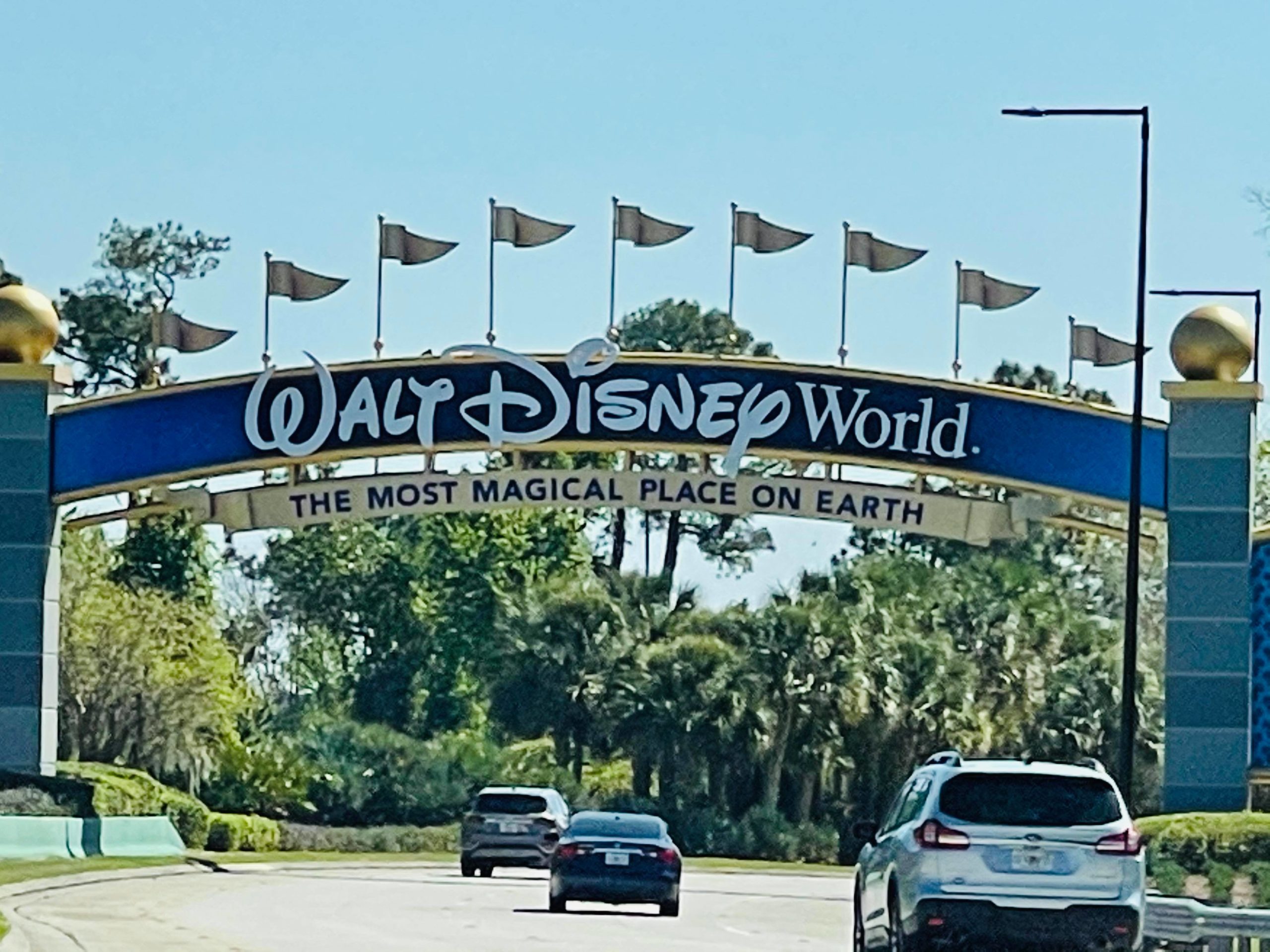 When we can’t be in the parks, we remedy this longing by turning to the next best option. Most of the time, that next best option is watching whatever live-stream MickeyBlog is doing that day, but I’m here to talk to you about Disney+.

There’s literally a whole ocean between myself and Walt Disney World, so I feel qualified enough to be sharing what I find fills that Disney Parks void. Read on, and discover what you should be watching on Disney+, when you’d much rather be in the parks…

1. One Day At Disney

I’m starting this post with the first show I watched on Disney+, which remains one of my favorites still to this day. One Day At Disney follows a day in the life of different cast members across the Walt Disney Company, sharing how they make magic for all every single day.

The show is presented both in a long series of five-minute ‘shorts’ – each focussing on one particular cast member – and a longer, documentary-style episode. An accompanying book was also released in 2019. 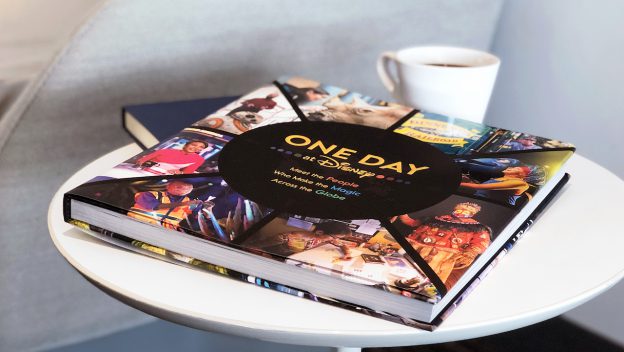 One Day At Disney offers so much insight and information about what it is like to work at Disney, and I’m sure it has inspired a whole new generation of future Disney leaders.

If you haven’t seen The Imagineering Story yet, you need to fix that! This six-part docuseries chronicles the incredible history of Walt Disney Imagineering – right from one man’s dream to infinity and beyond. 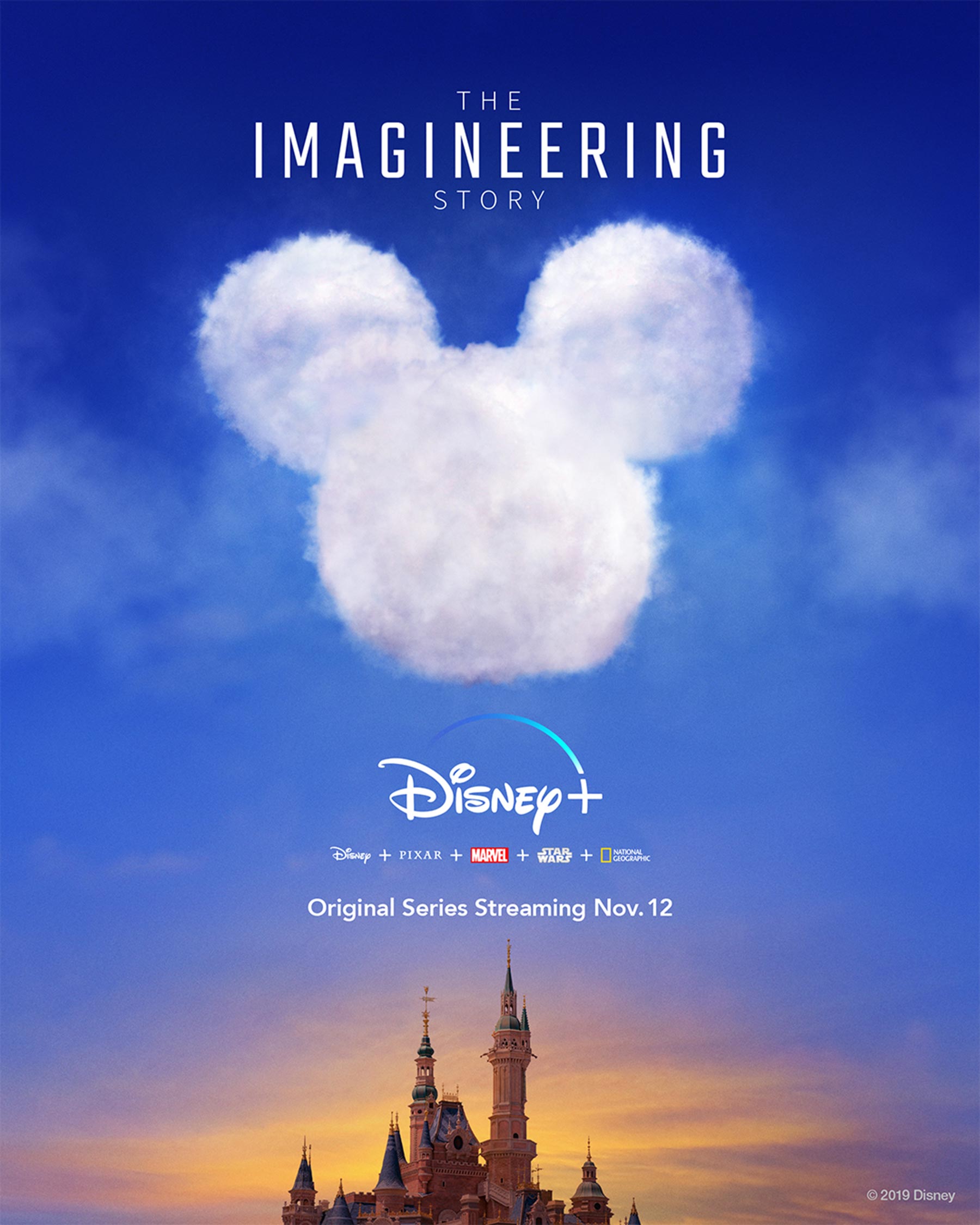 This show offers an insightful lookback at Walt’s creation of Disneyland and how that difficult journey brought the Walt Disney Company to where they are today.

Not only does this show offer history and nostalgia, but also never-before-heard facts about the parks we love, and interviews with the legends who made it all happen.

Better still, The Imagineering Story encompasses all of the twelve Disney Parks worldwide. So, if you’re planning a trip to an international resort or feel like looking back on a past vacation, this show has you covered.

You can read the MickeyBlog review of the first episode of The Imagineering Story: The Happiest Place on Earth here, and we hope you tune in for the series! 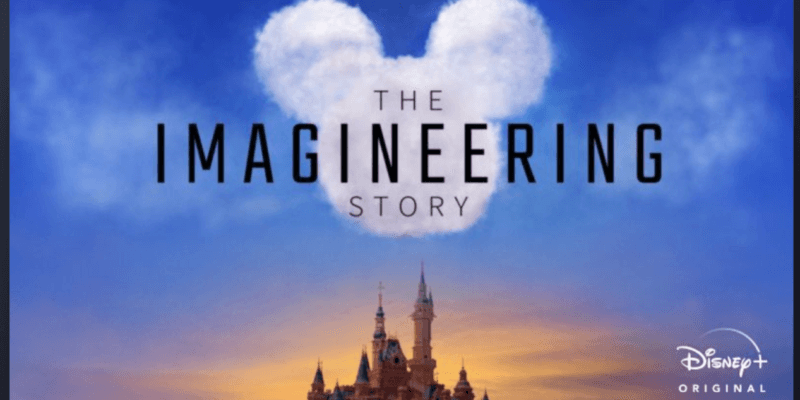 Behind the Attraction is the newest show on this list, and one which parks fans can’t stop talking about lately! 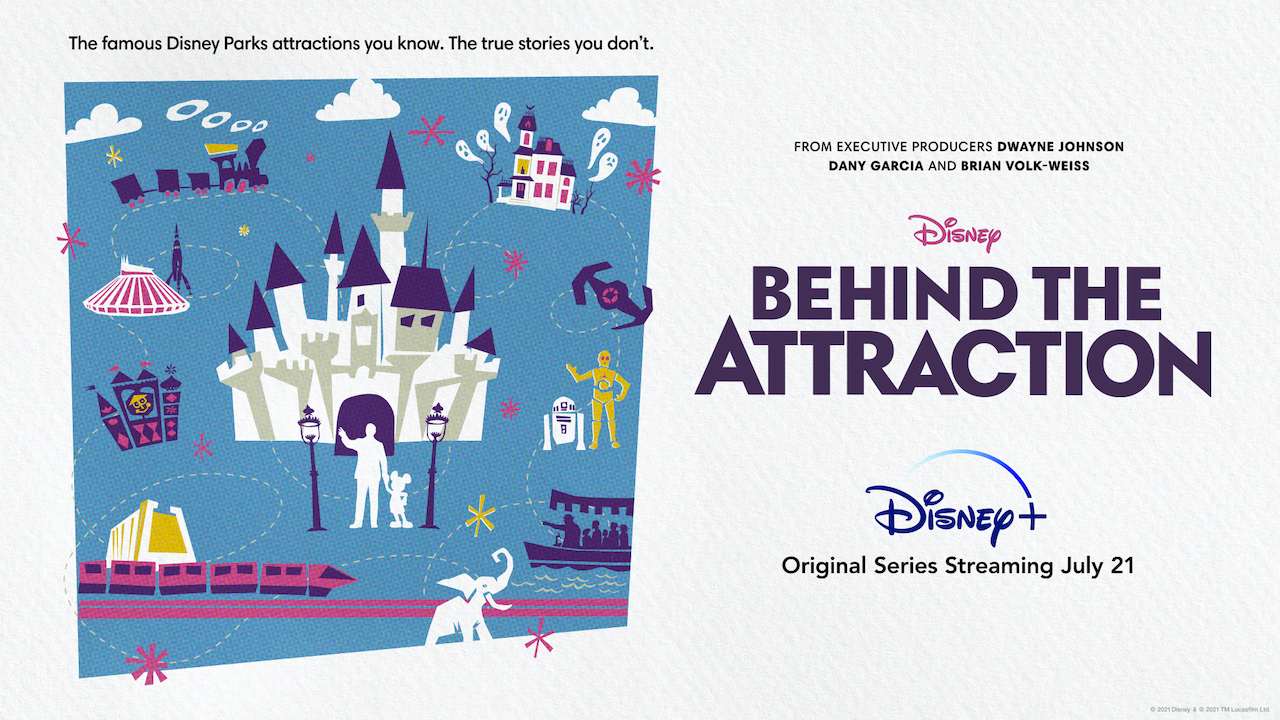 Similar to The Imagineering Story, Behind the Attraction delves into the history and Imagineering of the parks, but one attraction at a time. That means a deep dive into some of our favorite rides, giving us a whole new look at the classics we thought we knew.

So far, episodes featuring Jungle Cruise, The Haunted Mansion, The Twilight Zone Tower of Terror, Star Tours and Space Mountain have been released, and we’re looking forward to more installments in the series to land on Disney+ later this summer. 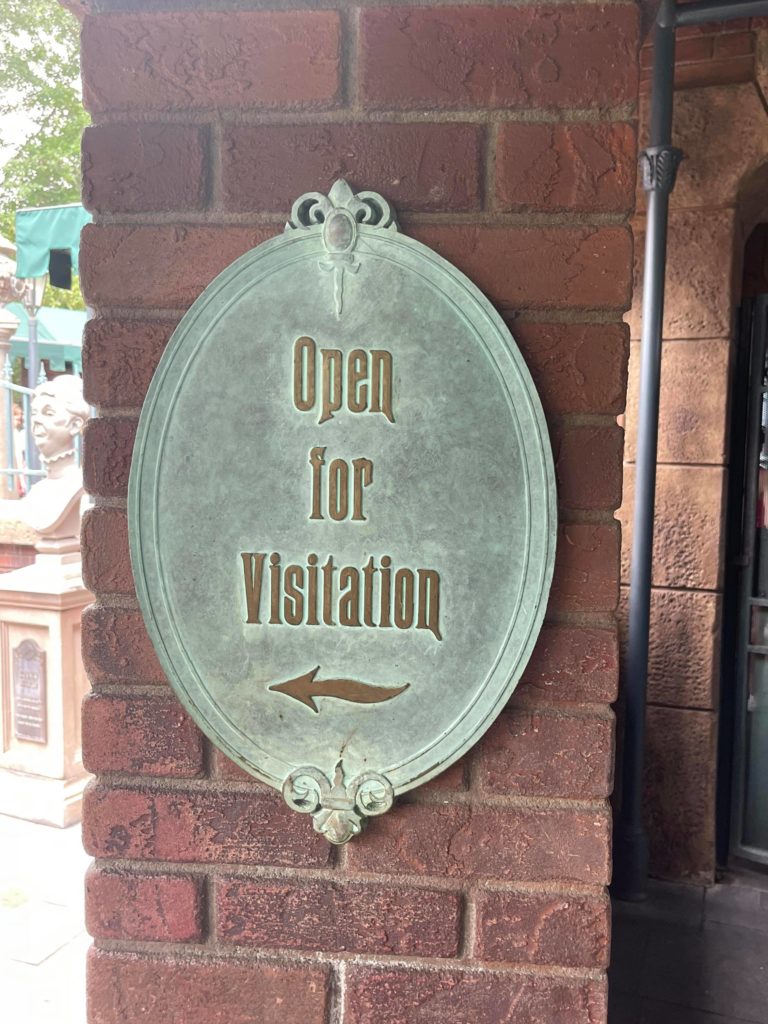 This show is, without a doubt, one of my favorite on Disney+. I literally have it playing beside my computer as I type this. 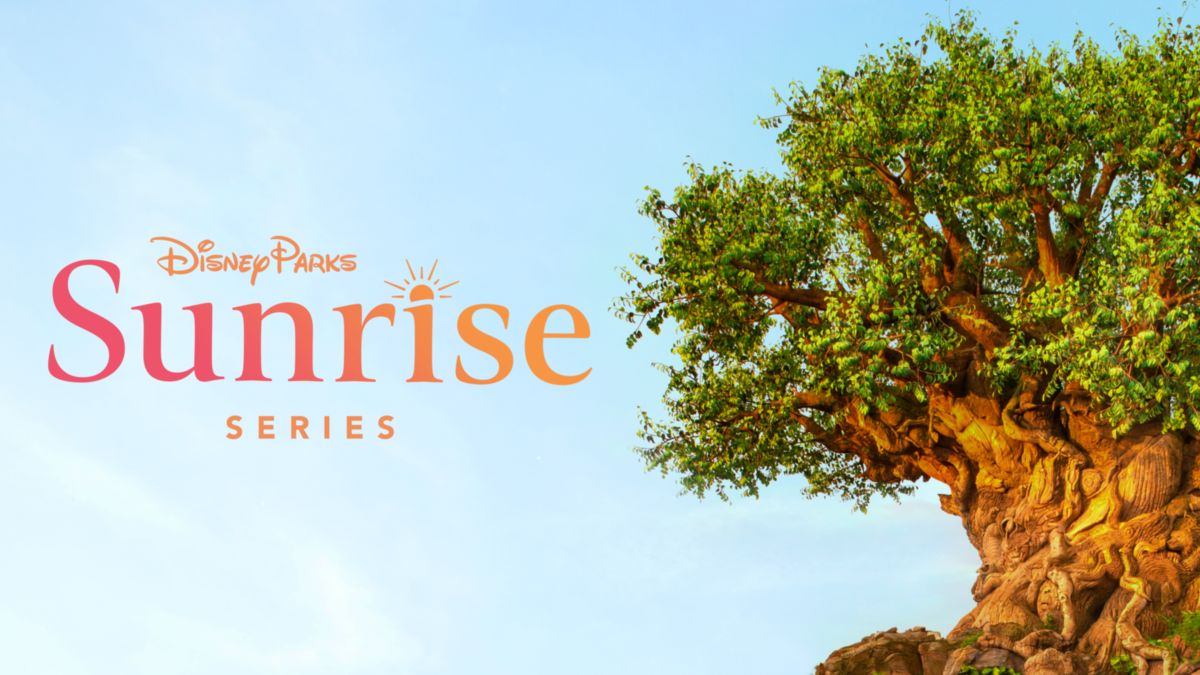 If you’ve not seen it yet, the premise of Sunrise Series is gloriously simple. Each episode is an hour-long gradual timelapse of a sunrise over a Disney Park. That’s sixty minutes of stunning, magical relaxation per episode, and I really can’t imagine a more calming show.

Each slowly-transitioning shot of the sunrise over different areas of each park is accompanied by the most mood-lifting of music. 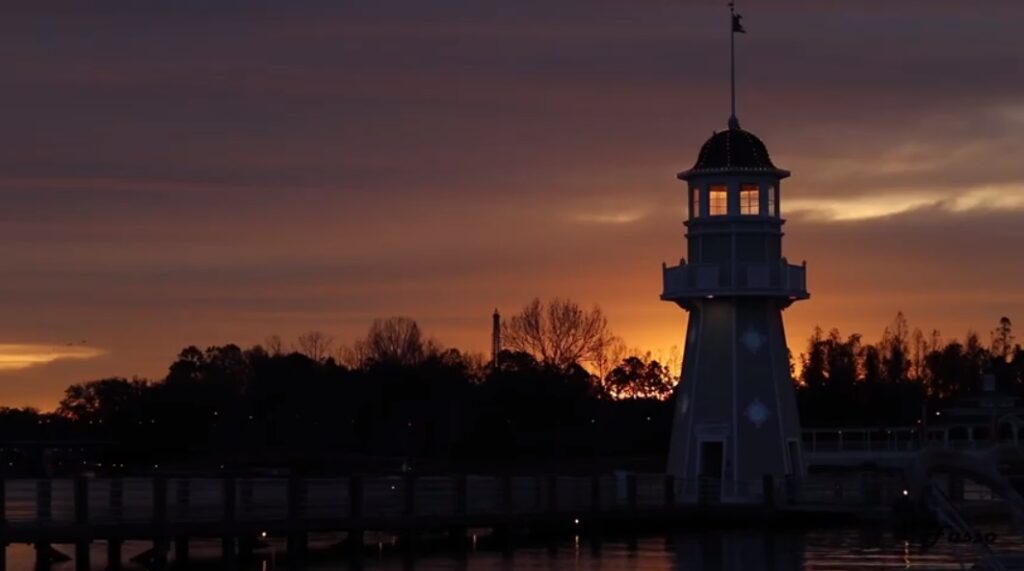 The only drawback to this is that only three episodes of this series have been released – featuring Magic Kingdom, Animal Kingdom, and EPCOT. I would love to see more added to this list – perhaps a sunrise over a waterpark maybe?

Forget Mickey Waffles –  the Disney Parks Sunrise Series is the best way to start your day on a Disney high. 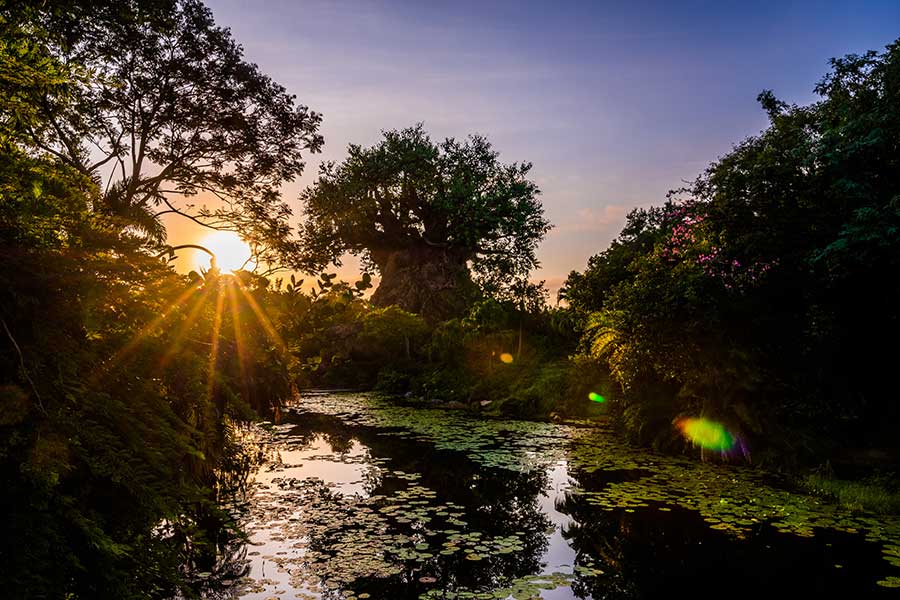 This very entertaining and educational National Geographic documentary offers a peek into the wild day-to-day at Disney’s Animal Kingdom.

Each episode focuses on a different range of fascinating animals and looks at how the experienced cast members care for them every day. It also offers secrets of the park itself, and you’ll find yourself watching out for certain details on your next trip! 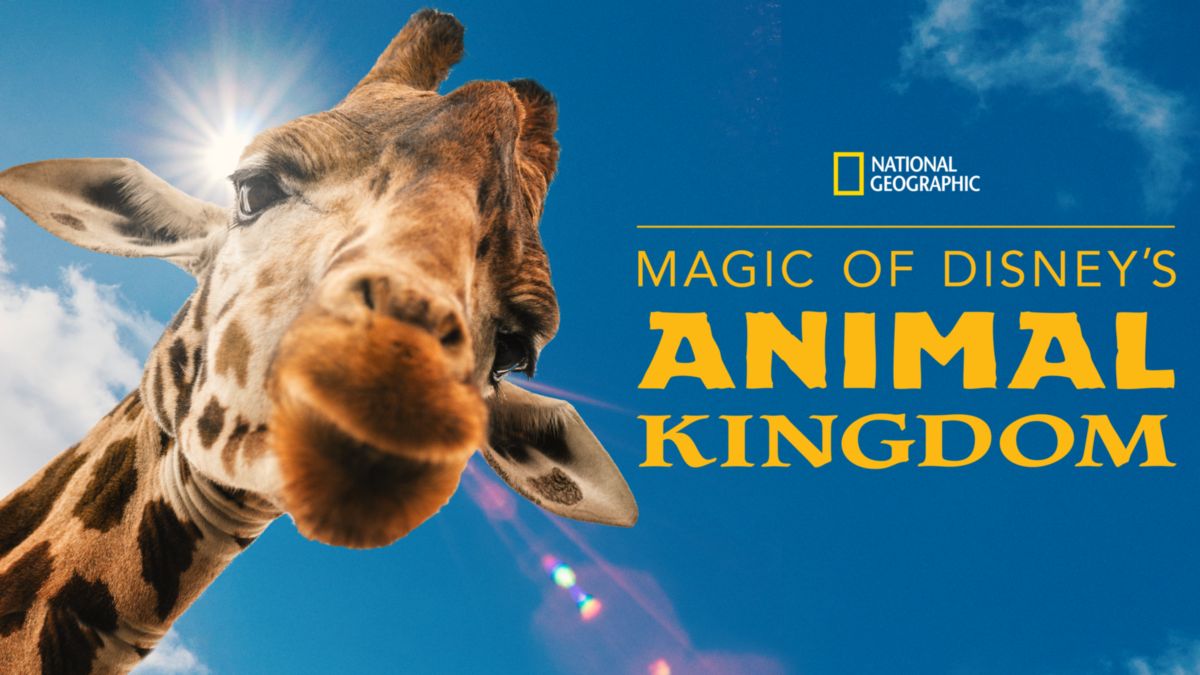 If you haven’t met Cassanova, the Abyssinian ground hornbill yet, you sure will want to after watching this series! 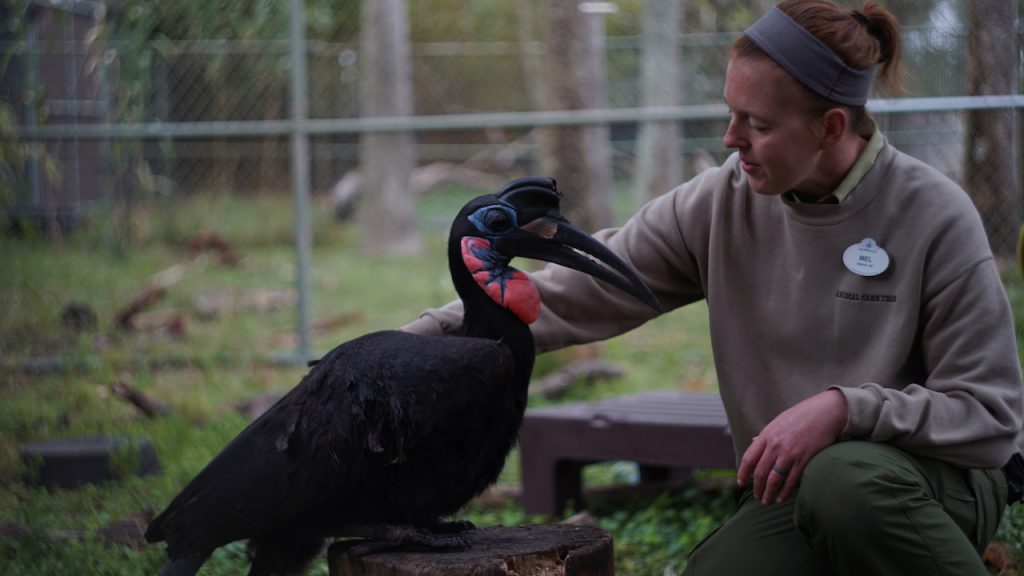 If you’re missing both Disney and the festive period at the same time, do not worry! There are three special titles on Disney+ which bring the magic of a Disney Christmas straight to your living room, so grab the candy canes and hot cocoa and get ready to transport yourself to a Main Street U.S.A. holiday!

First, you can’t go wrong with Decorating Disney: Holiday Magic. This show lets us watch as the parks are transformed into a winter wonderland literally overnight. I’d particularly recommend this one as good viewing material to have on whilst you’re decorating your own castles for the holiday season! 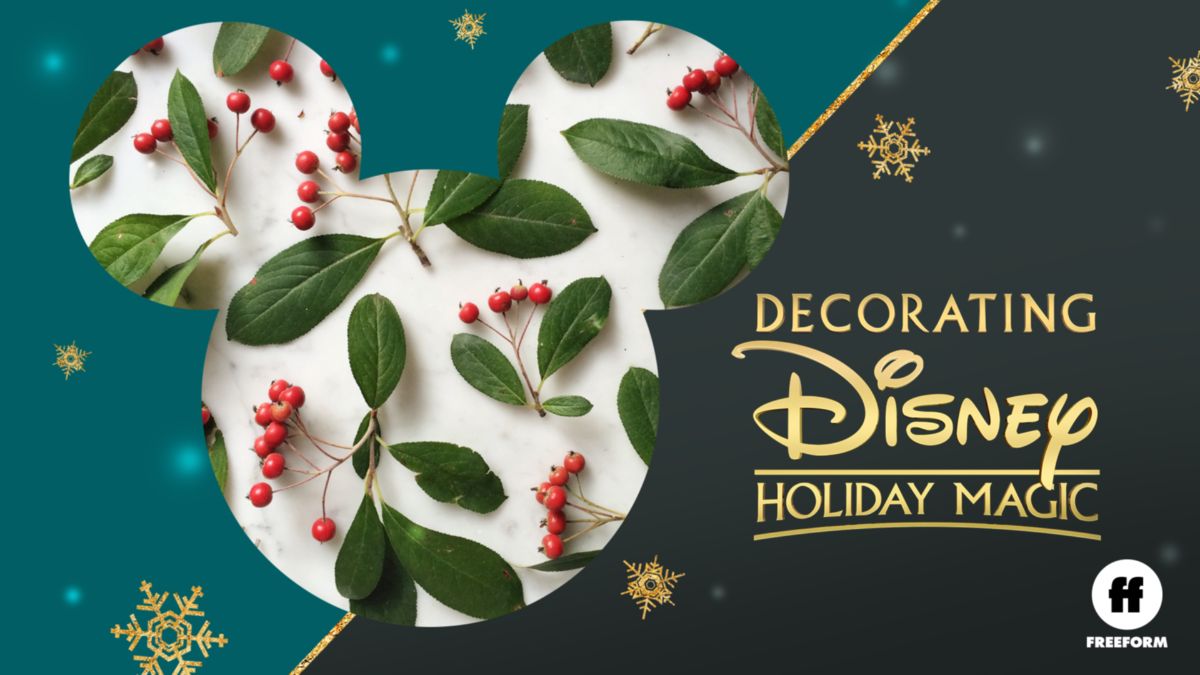 After that, put on Disney Holiday Magic Quest! This show features teams of Disney Channel stars racing around a decorated Magic Kingdom after-hours, in a game-show setup where their goal is to save the holiday spirit from Disney Villains, all whilst raising money for Toys For Tots. 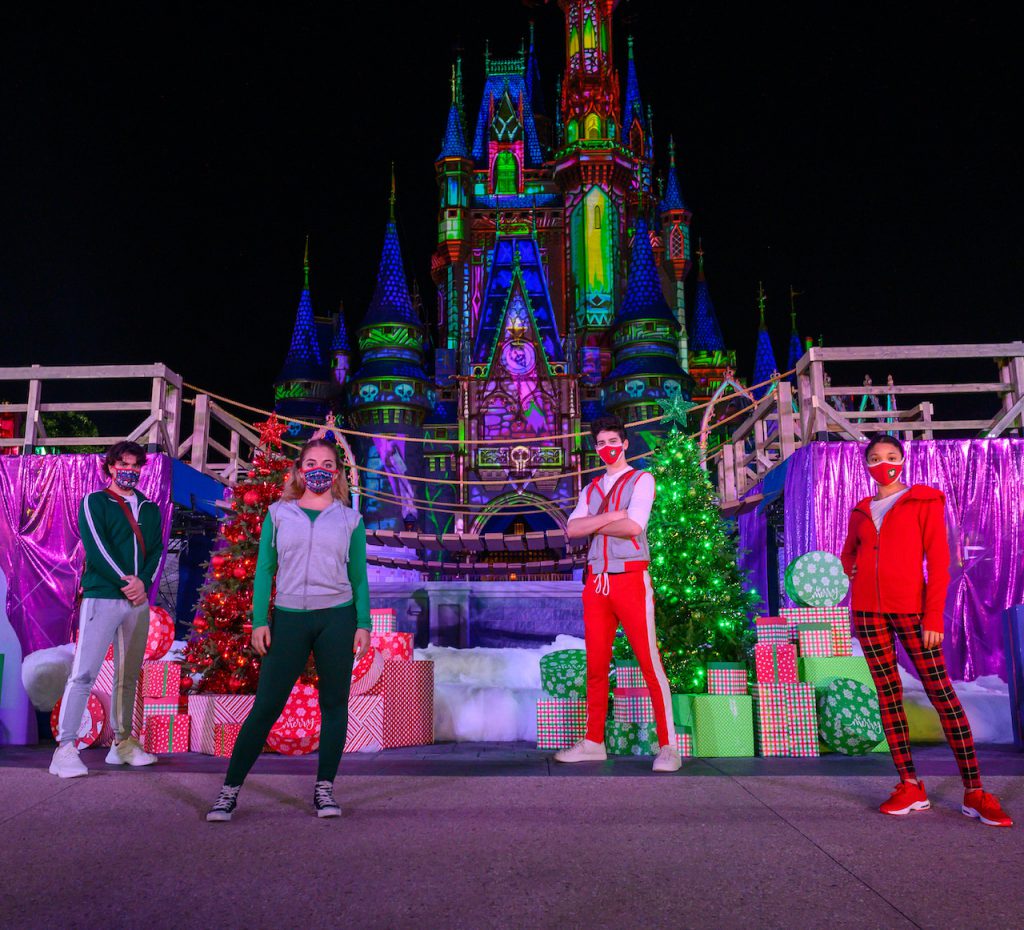 Finally, I have to include Disney’s Fairytale Weddings: Holiday Magic. It’s romantic, it’s Christmassy… what more could you want? Especially if you’re in the midst of planning your nuptials yourself and trying to convince your significant other to splurge on a Disney wedding, this will for sure do the trick!

Last but not least, you can’t go wrong with turning to Disney movies for that instant hit of nostalgia and magic. I imagine everyone will have a movie that instantly brings back memories of their favorite attraction (I’m looking at you, The Lion King), so the endless library on Disney+ is sure to hold the key to satisfy your Disney Parks cravings.

However, I’m going to give a special shout-out to the following movies, all of which are actually based on Disney Parks attractions. That’s right – the attraction came first! Some of these movies are epic, some kind of miss the mark, but I’ll let you watch draw your own conclusions! 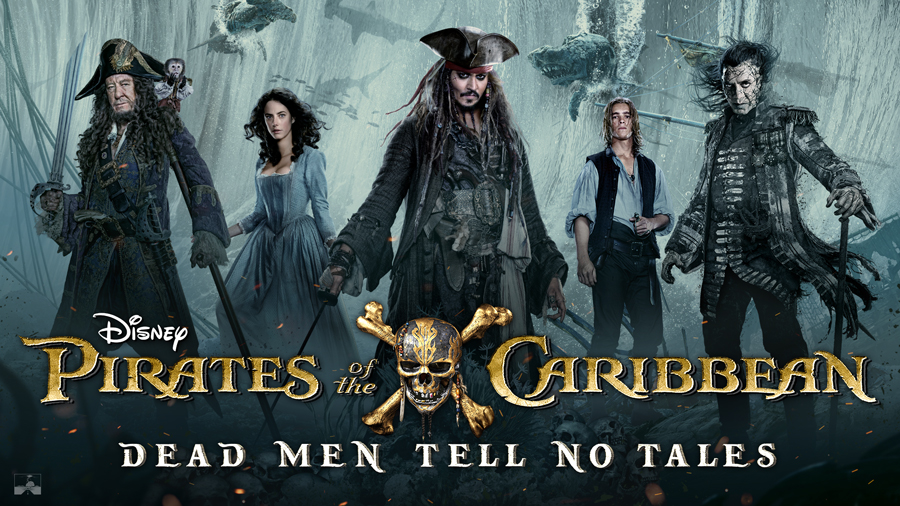 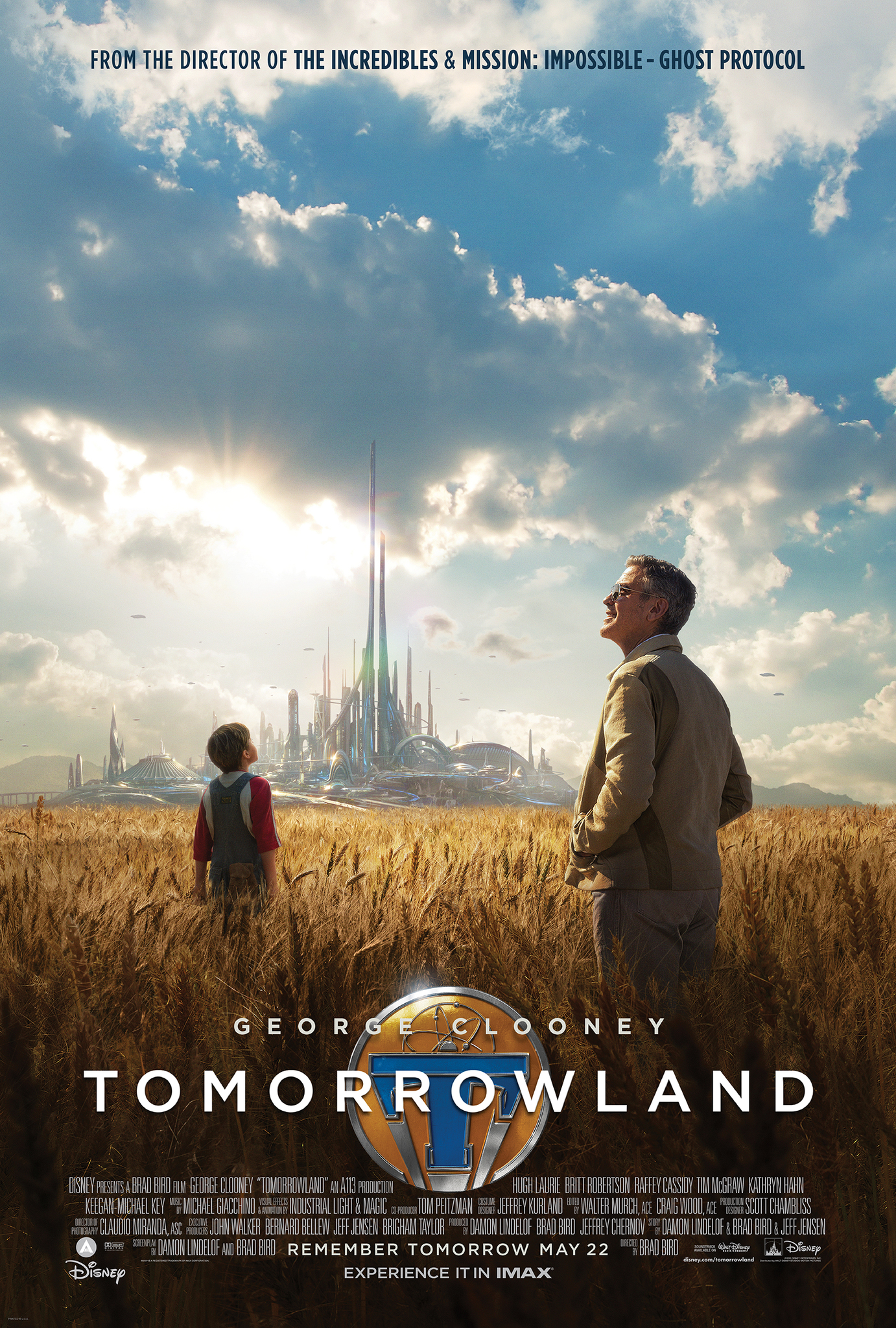 and, definitely not forgetting the most recent Disney Parks gem of a movie… 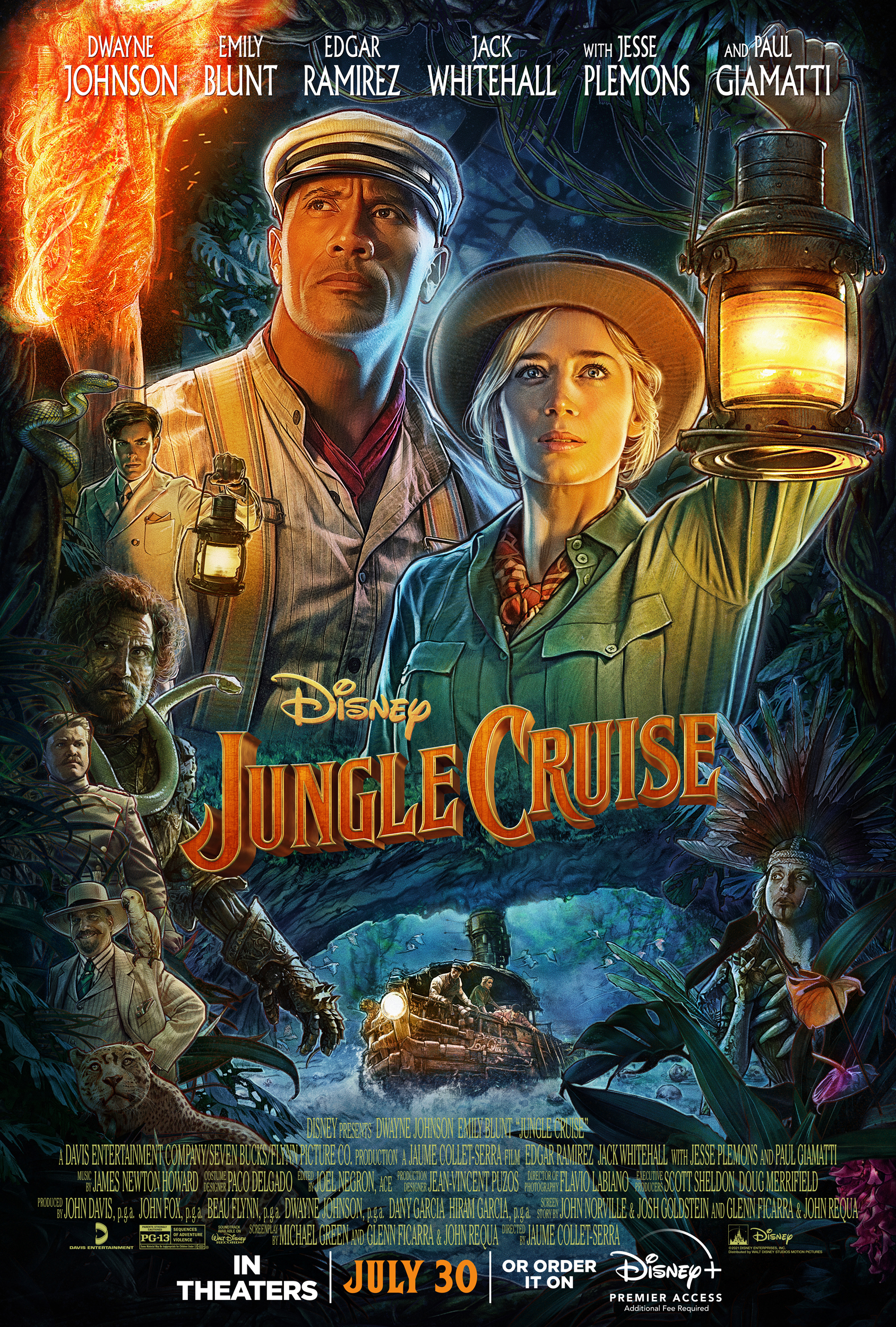 To conclude, although it isn’t a park itself, Disney+ sure is full of Disney Parks magic, warmth, and nostalgia.

Whether you’re planning your next trip, soaking up all the backstage information you can, or simply just missing “home”, I hope this list has proved helpful in giving you some recommendations on what you should be watching on Disney+ when you’d much rather be in the parks!