HarmonioUs to Include World Showcase Torches

As we inch ever closer to October 1st, more information is coming out about EPCOT’s new nighttime show, HarmonioUs.

Zach Riddley, an Imagineer with the Walt Disney Imagineering, revealed on his Instagram recently to tell us of the latest news. 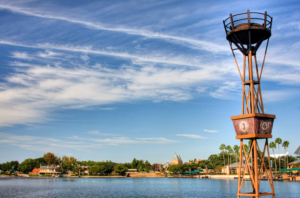 Riddley revealed that the torches that play a prominent role in both EPCOT Forever and IllumiNations: Reflections of Earth will also be included in the upcoming show, Harmonious.

EPCOT fans will be delighted at this news as more history of the park is woven into its future with the addition of the torches in the nighttime spectacular.

Lifelong guests will already be going into HarmonioUs with a tiny bit of reluctance given that it will be replacing the beloved IllumiNations which ran for two decades before closing in 2019.

As we know, HarmonioUs was supposed to follow straight after the closure of the show, but plans don’t always work out, and thus EPCOT Forever came about. 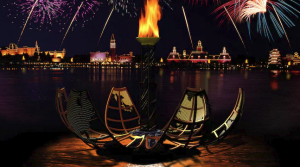 EPCOT Forever has not been well received by EPCOT fans, with many noting that it doesn’t capture the essence and purpose of the park as its predecessor did.

Information regarding HarmonioUs, however, has stated that this show will capture that spirit and celebrate our shared humanity and one another’s cultures through classic Disney tales and music. 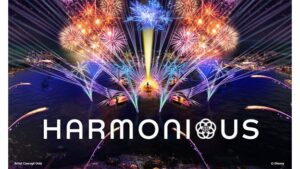 HarmonioUs will be debuting October 1st, for the Walt Disney World Resort’s 50th anniversary- the same day as the opening of Remy’s Ratatouille Adventure and Magic Kingdom’s limited-time spectacular, Enchantment!

It’s going to be a busy and magical October with all of the new additions, so make sure to stay tuned to MickeyBlog for all the information.