Disney game show fans, check your local listing for today’s episode of the popular syndicated game show, “Family Feud.” The episode celebrates all things Disney and the release of the “Family Feud: Disney Edition” board game. 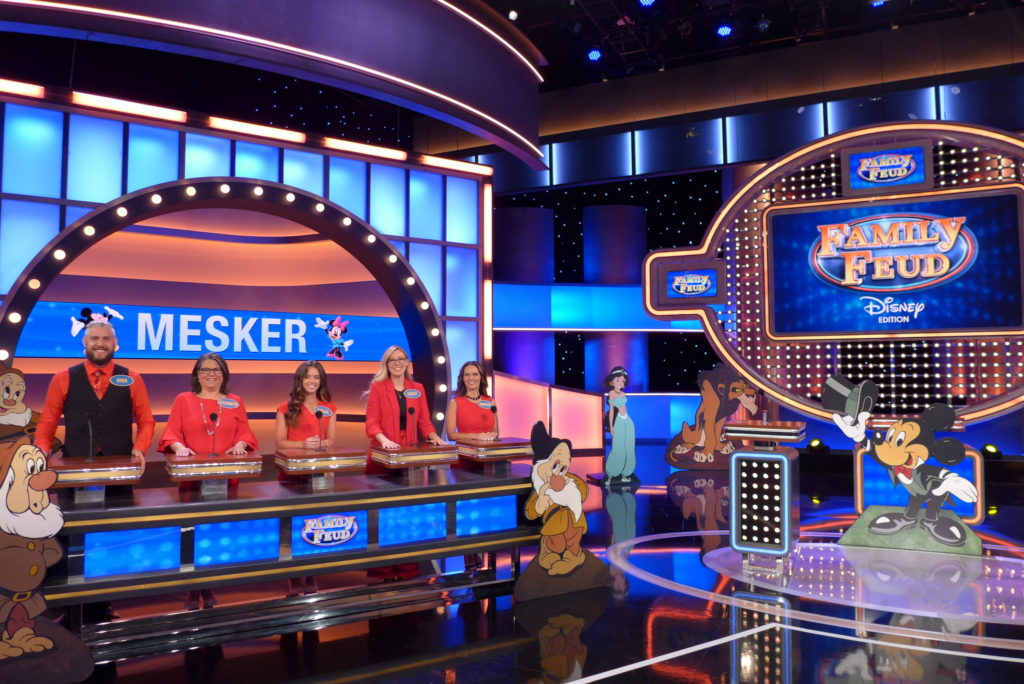 The episode, hosted by Daytime Emmy Award-winner Steve Harvey, honors Disney not only in its surveys but also in its prizes and guest stars. Beloved Disney characters will stop by to encourage the two competing families. The set also appears to be filled with cutouts of some of our favorite Disney pals, princesses, sidekicks and villains. 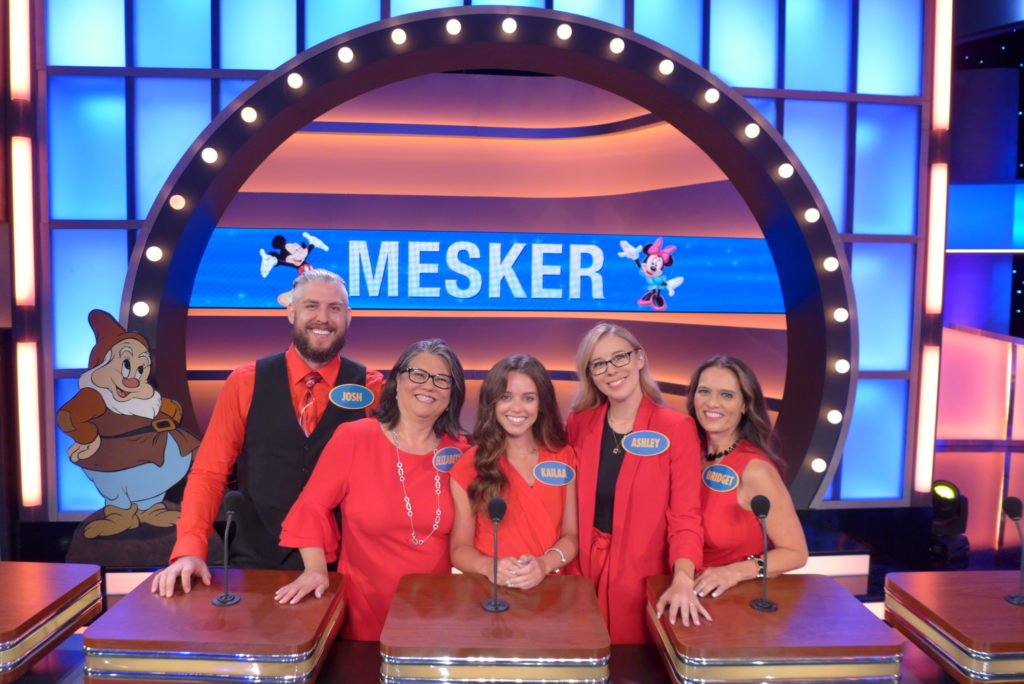 Monday’s episode stars two Disney-loving families: the Mesker clan dressed in their signature Mickey red and the Scott family, who also color-coordinated with our favorite mouse and his best gal. 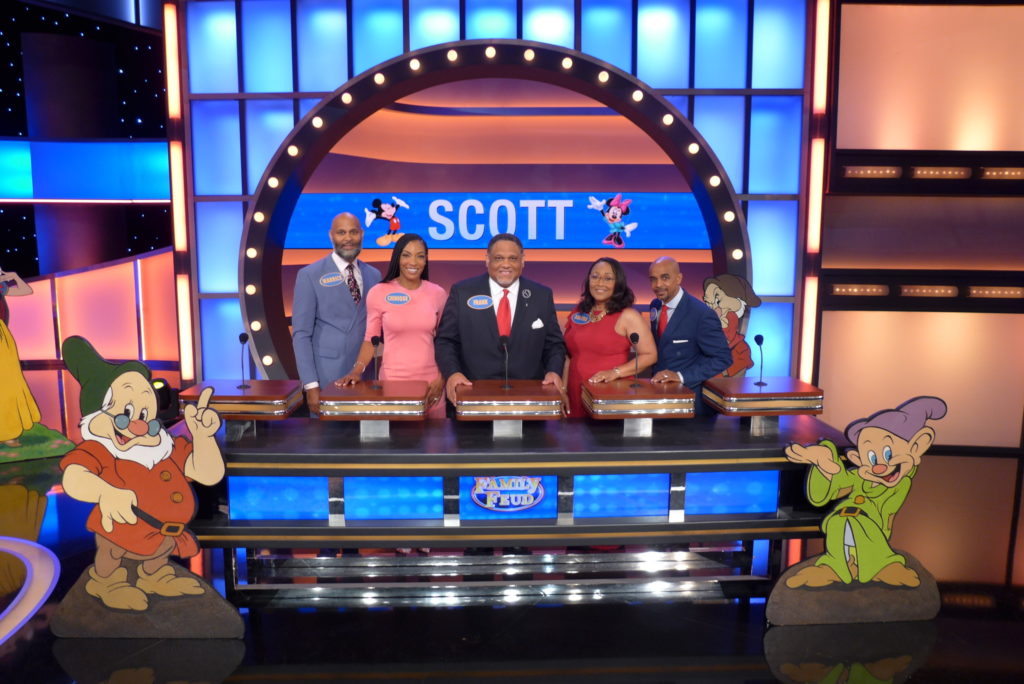 Not only can the families win a new car and $100,000, but they could also win a huge suprise  during the episode. For this specific round of the game, the winning family will also celebrate Walt Disney World’s 50th anniversary in person. The prize includes a five-day/four-night stay at the Walt Disney World Resort. Theme park tickets to enjoy all four incredible parks are also included.

In the latest installment of Disney “Family Feud” board games, the new release of “Family Feud: Disney Edition” includes questions from Disney- and Pixar-themed categories. Created by Spin Master, the game also includes a Fast Money Bonus round. 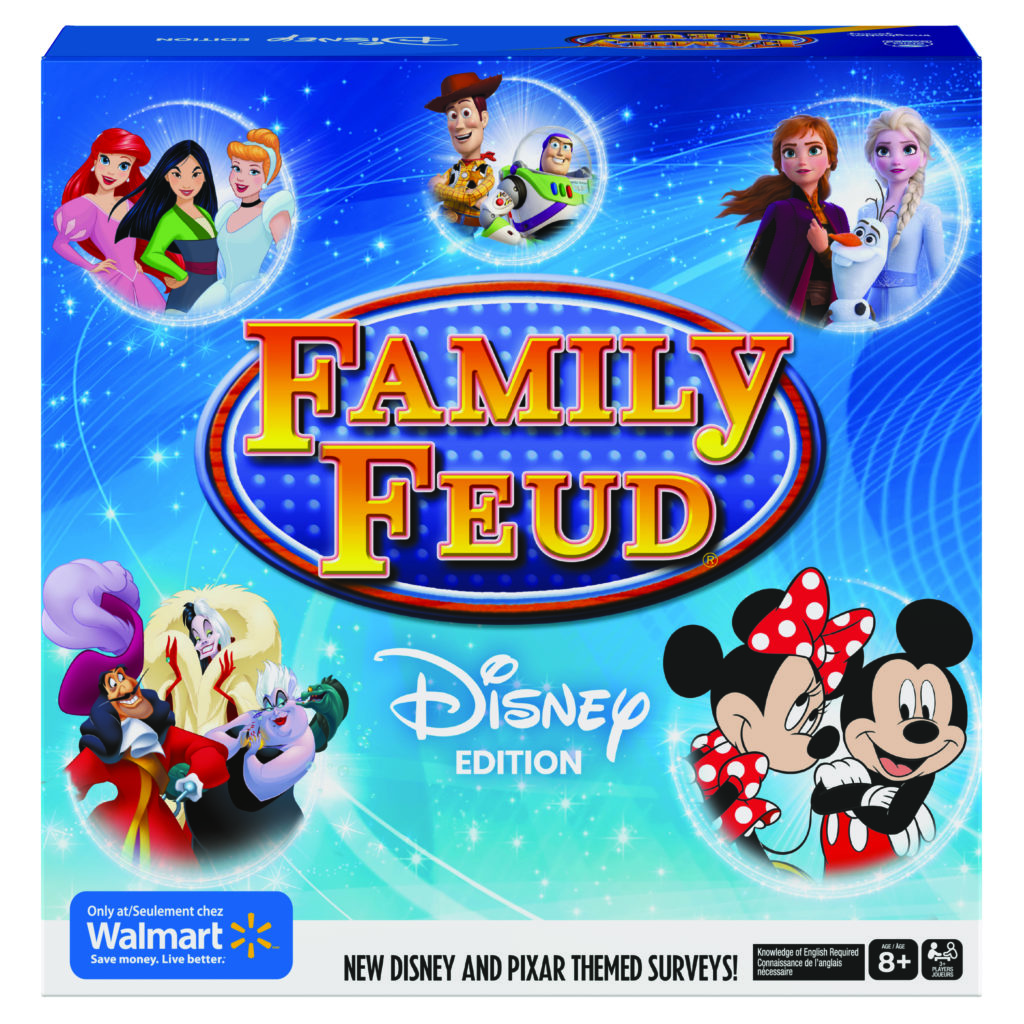 The new game utilizes 150 face-off question cards and 50 Fast Money cards. Users will also receive all of the equipment a family needs to bring the “Family Feud” excitement home. 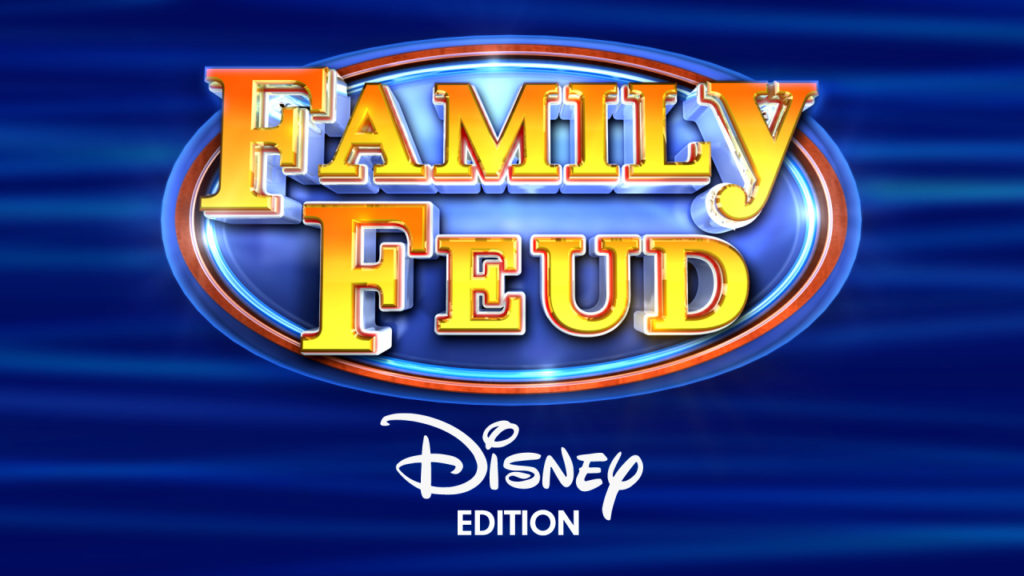 Aimed for children 8 and over and their families, the board game is sold exclusively at Walmart. “Family Feud” began in 1967 and is currently distributed by Lionsgate’s Debmar-Mercury and produced by Fremantle.