Scaffolding Remains Up As Work Continues on Be Our Guest Exterior

Last week, we reported that scaffolding had been raised around the exterior of Be Our Guest Restaurant in the Magic Kingdom. Whilst visiting the park today we noticed that work is continuing on the mountainous area, so let’s take a look at what exactly is going on. 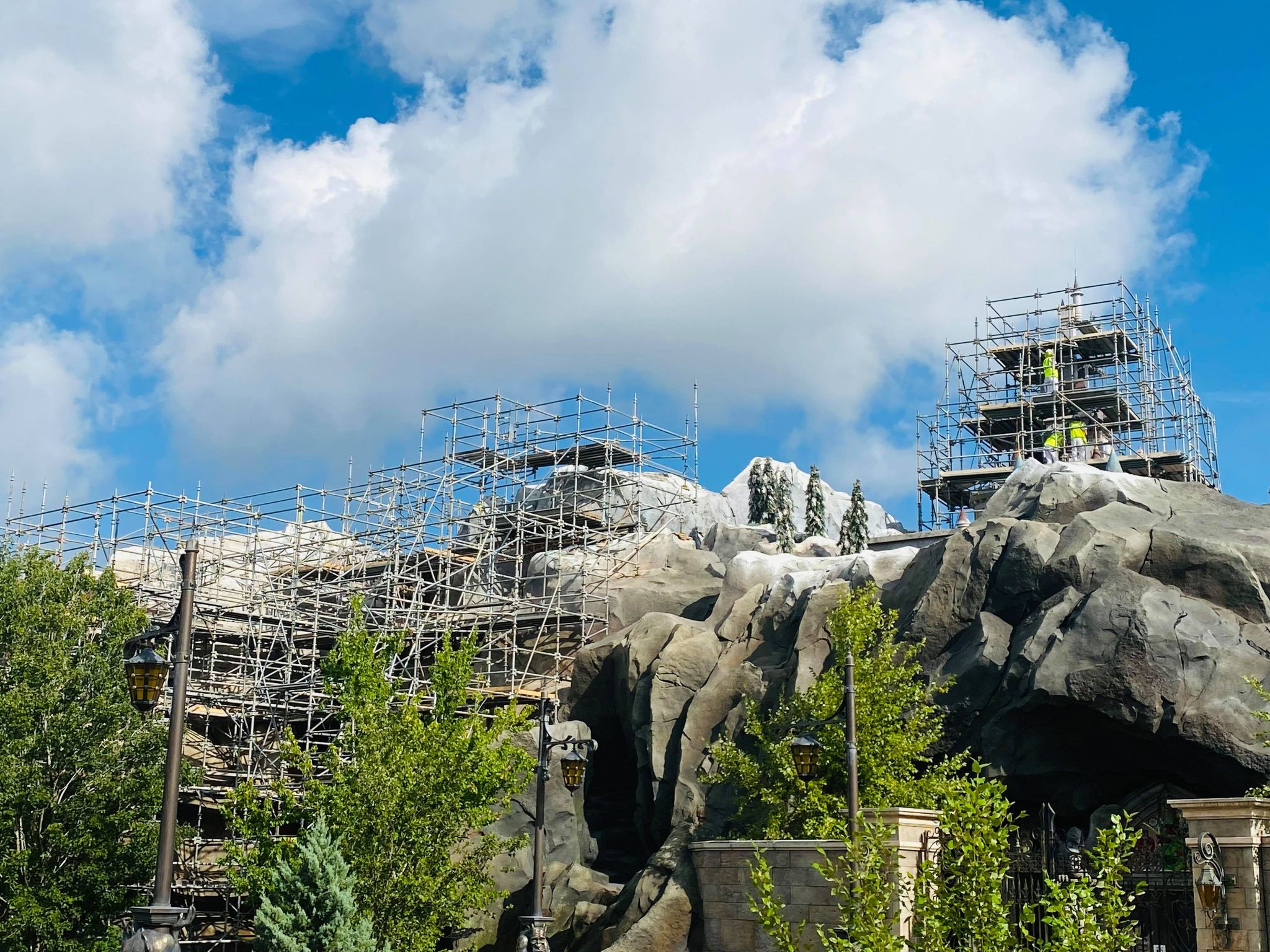 As we can see here, most of the usually-picturesque mountainside is completely covered by the less-than-attractive scaffolding.

It’s not the most aesthetically pleasing to look at, but we’re sure the facade will look beautiful once more, as soon as the work is completed. 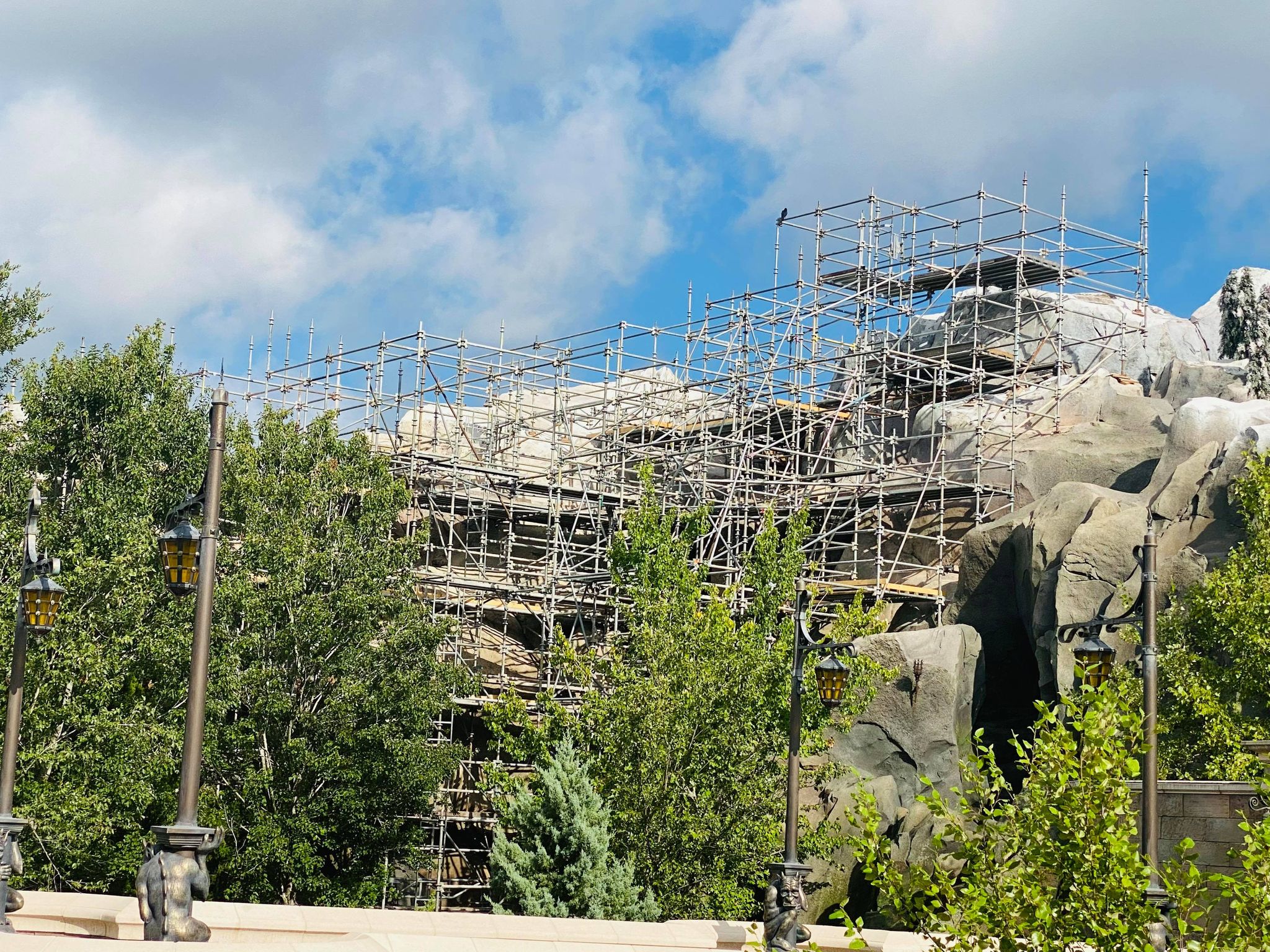 It is likely that this work is being completed now as part of Disney’s ongoing efforts to make the park look dazzling and new, in time for its 50th anniversary later this year. 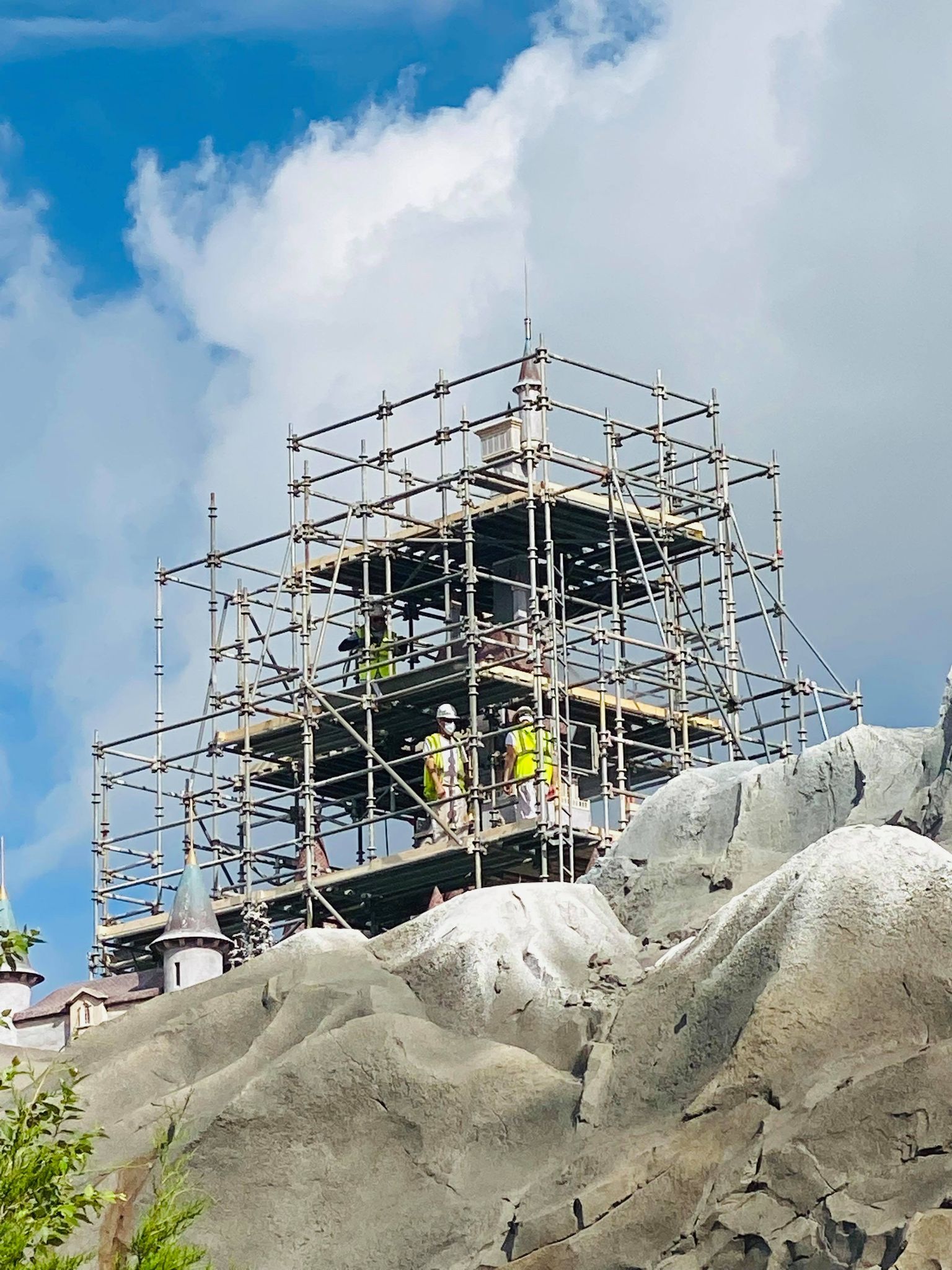 Looking up to the tallest peak of the mountain, we can see workmen are busy completing some close-up work on the Beast’s castle. 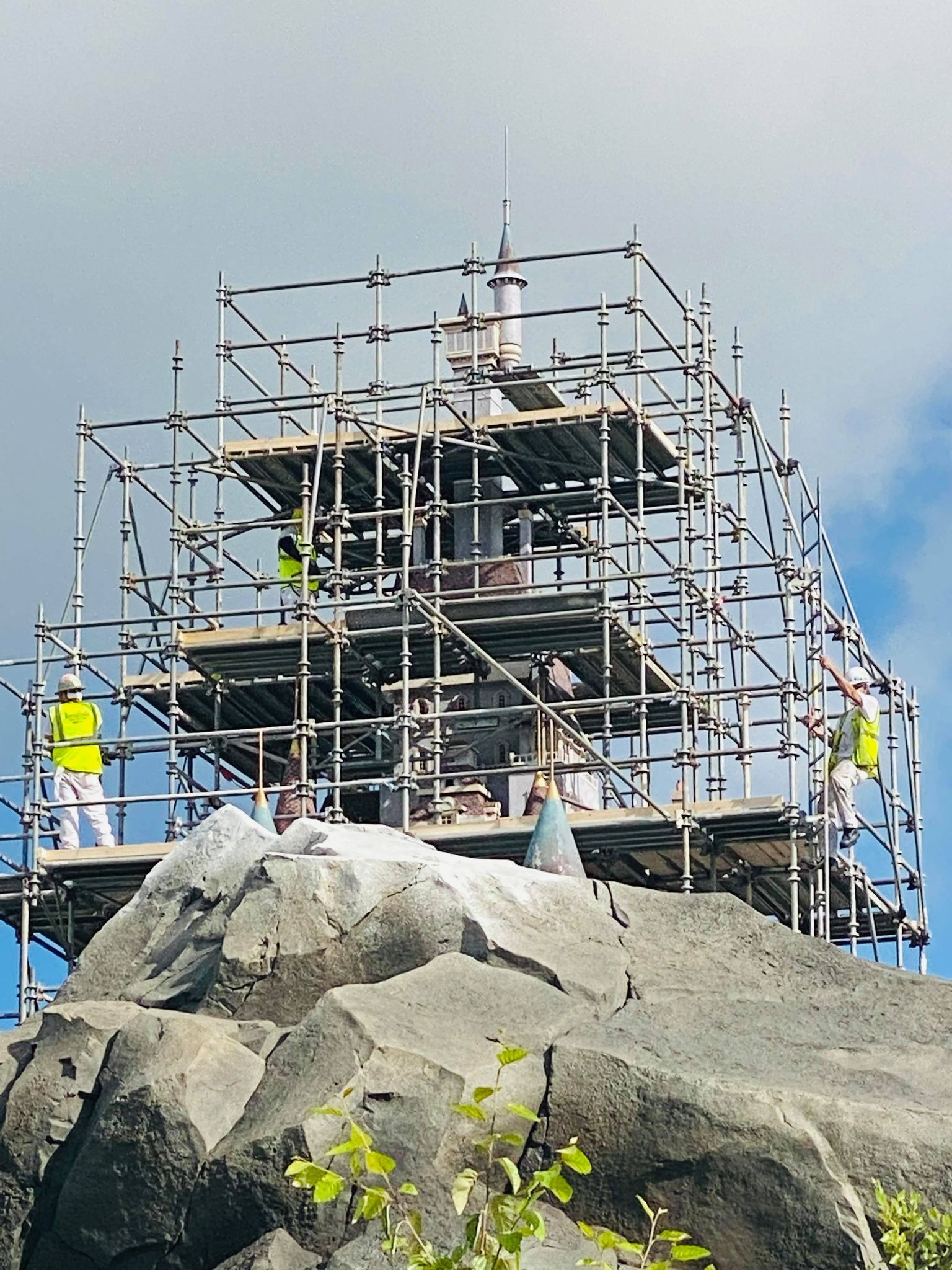 You can see the construction workers doing some power washing to the exterior. 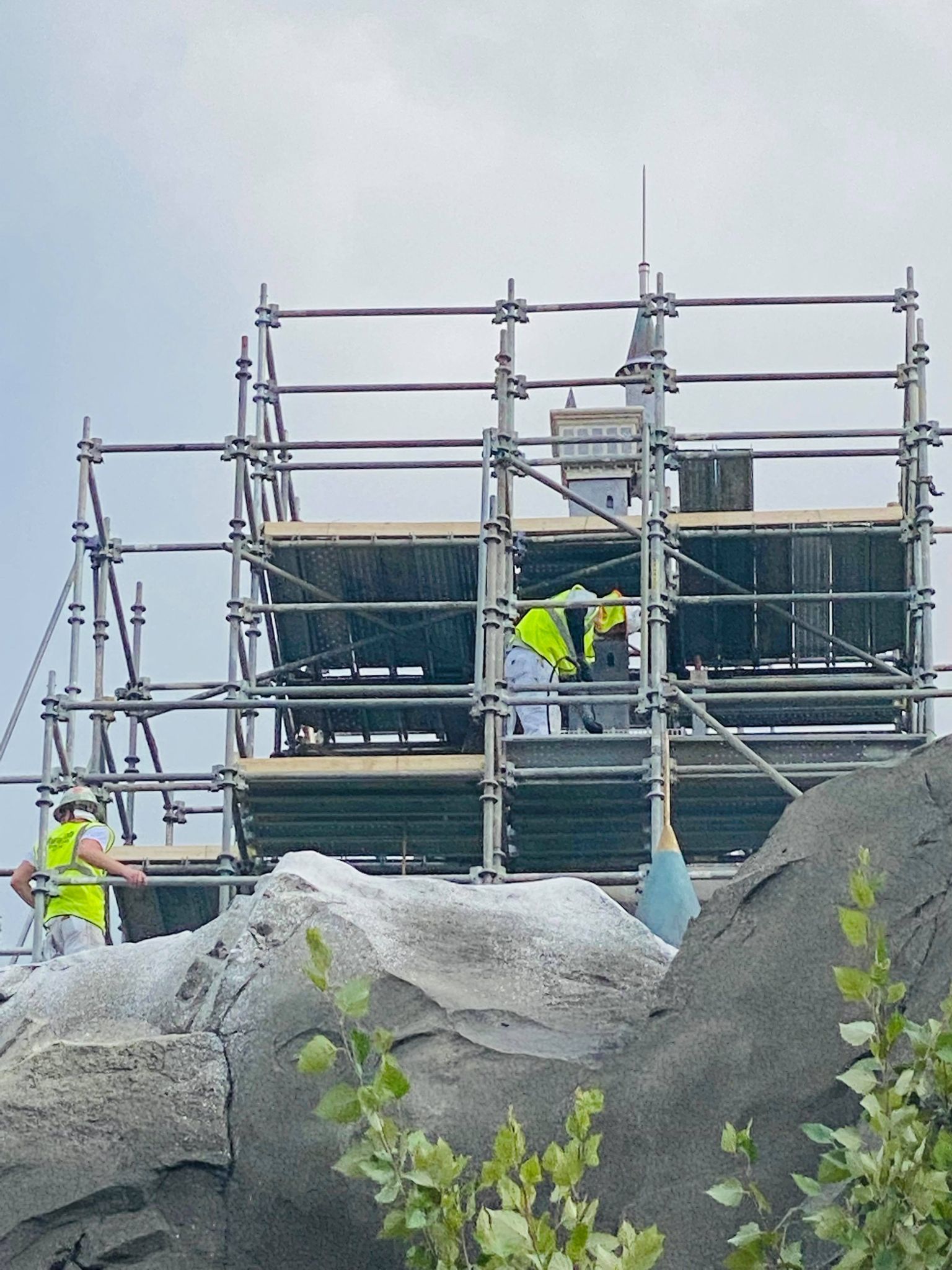 It looks like they are pressure-washing the structure, which is one of the most popular photo spots in New Fantasyland.

Seeing the workmen up there really doesn’t help with our visual perspective though – the usually-looming castle looks tiny with them stood next to it! 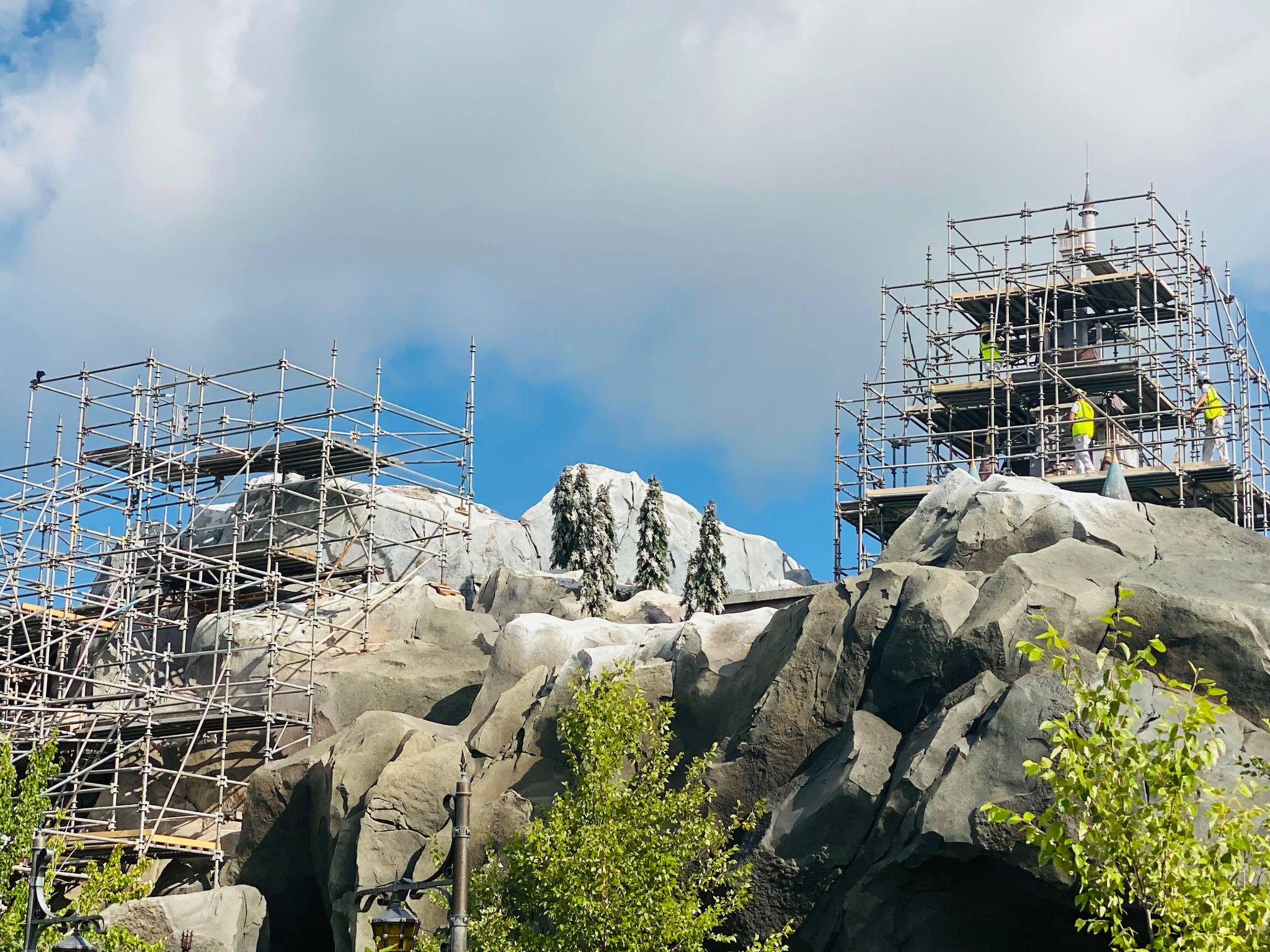 Work continues to be done to get many of the attractions ready for the 50th anniversary celebration of Walt Disney World. 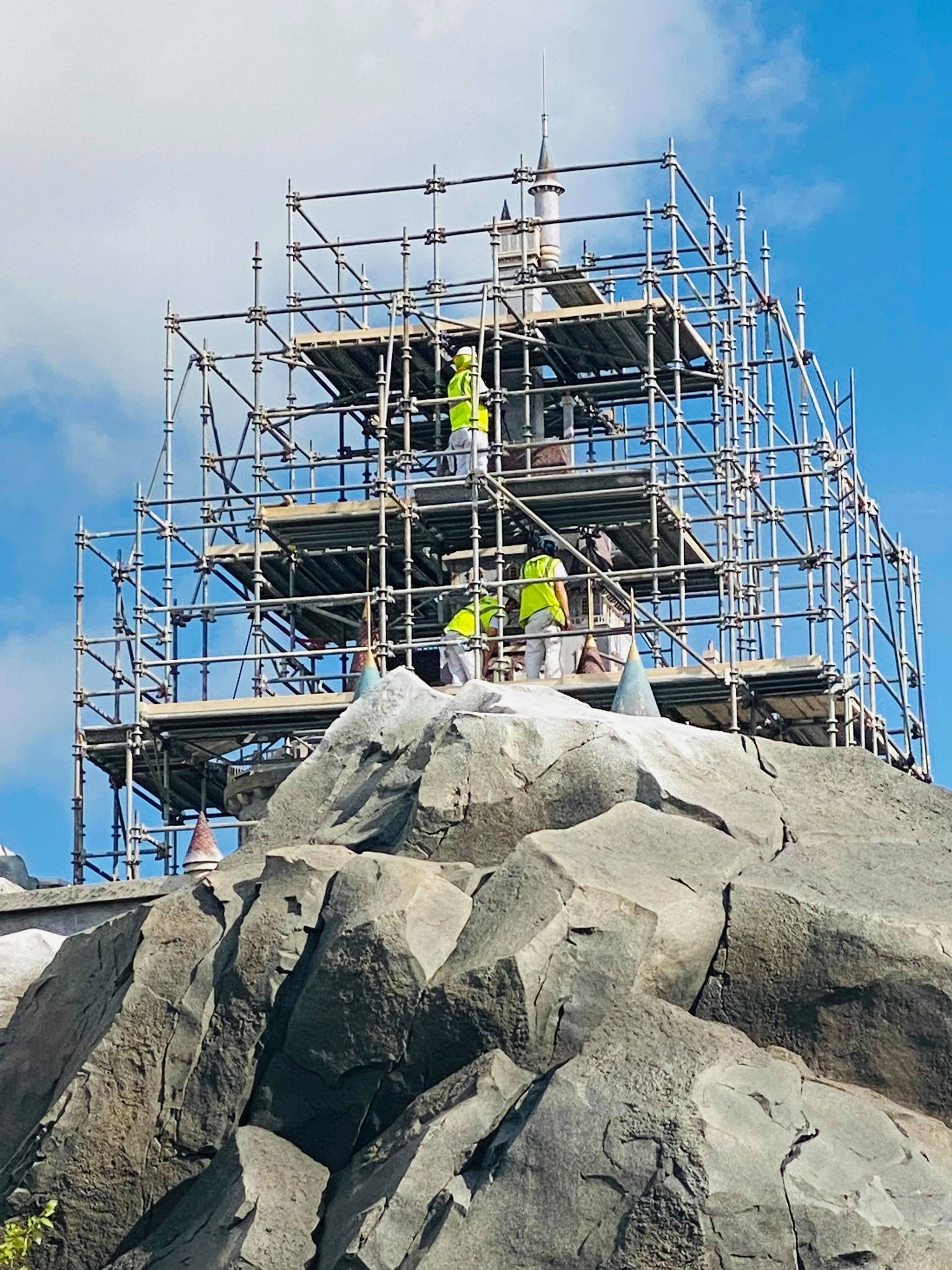 The exterior will like brand new when it’s finished. 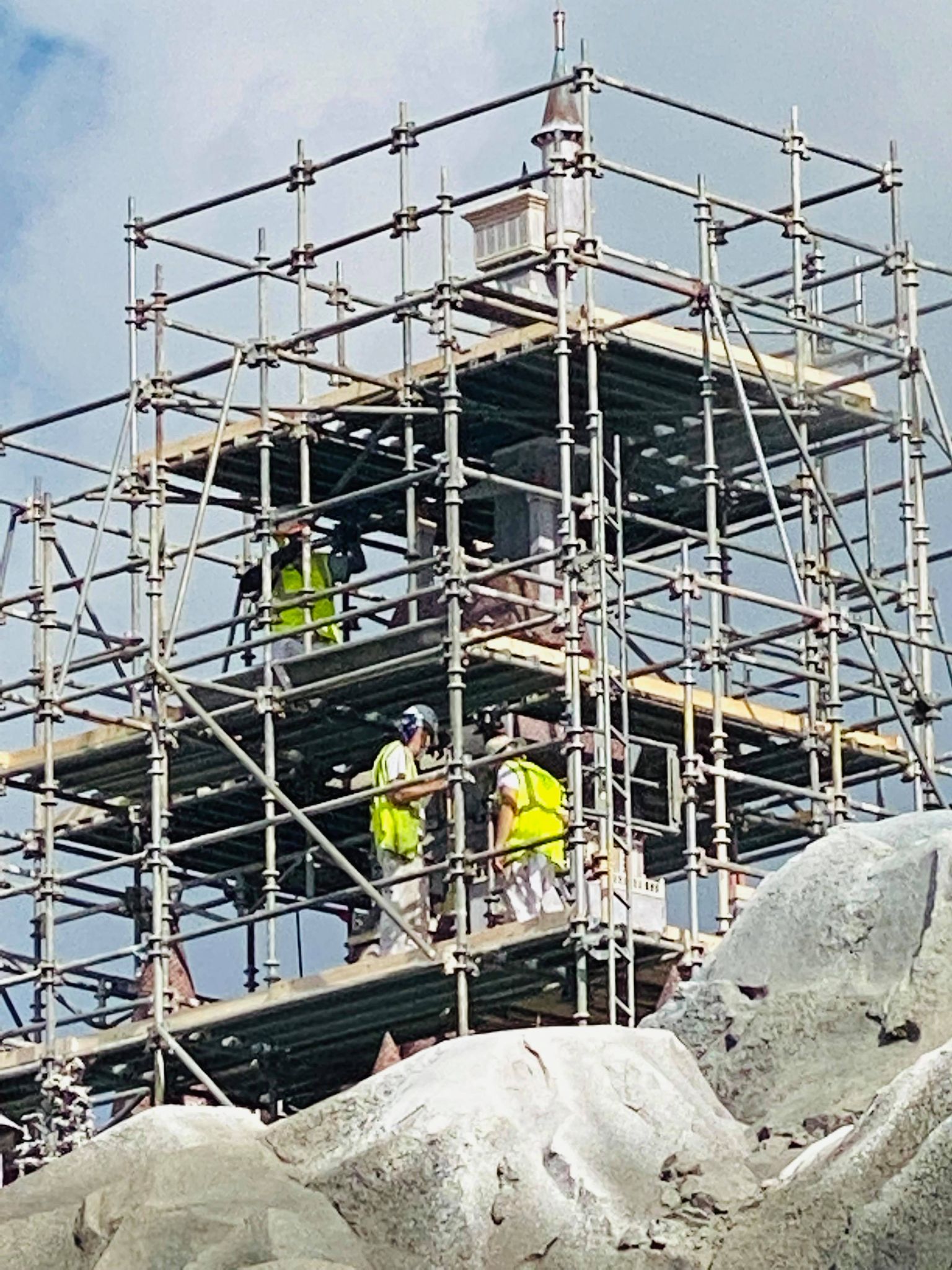 I hope the construction workers stay out of the West Wing – I wonder if they have been told it’s forbidden? 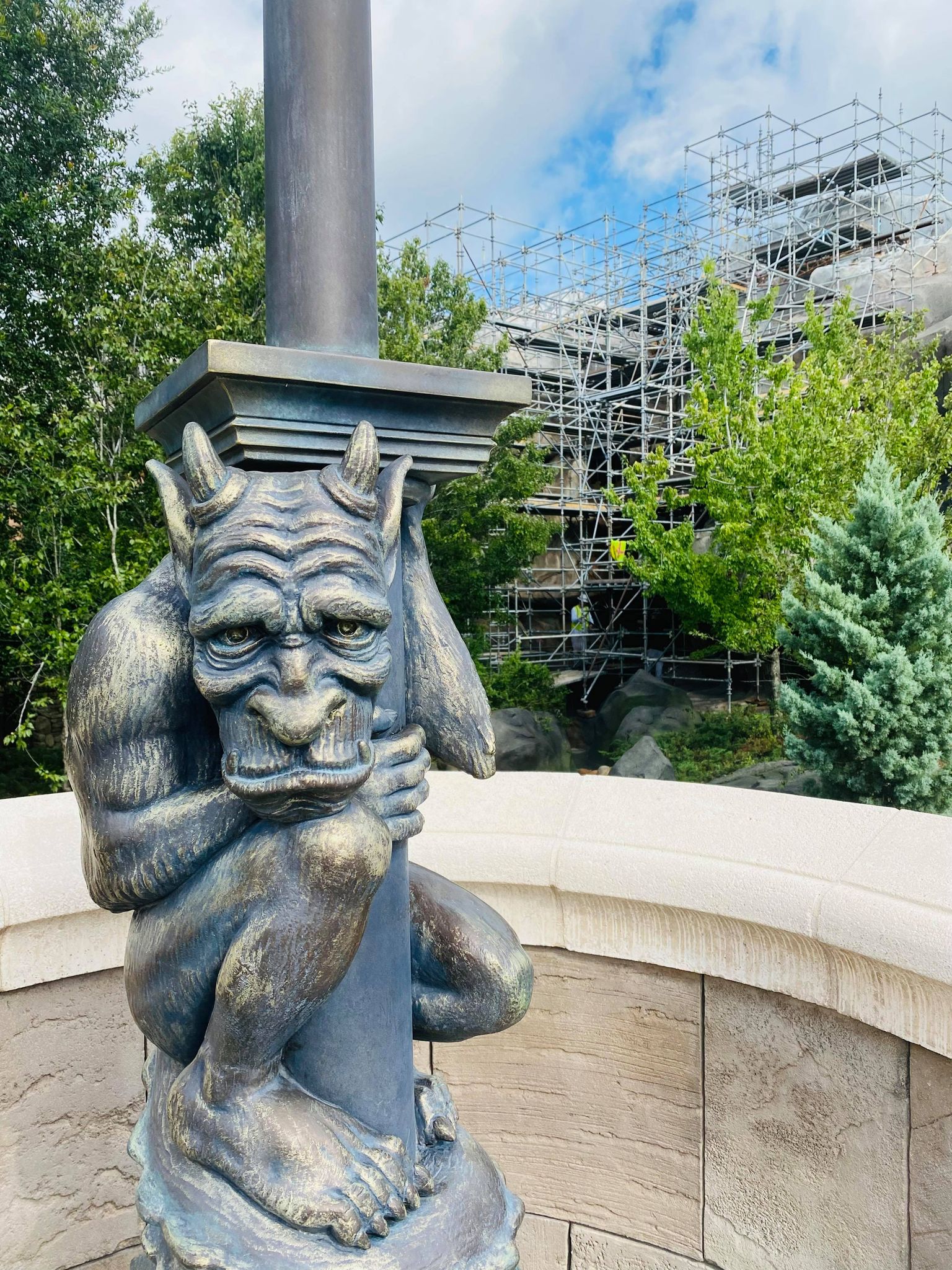 I can’t tell if this chap is smiling because he’s happy his castle is getting a cleaning, or frowning because of all the scaffolding! 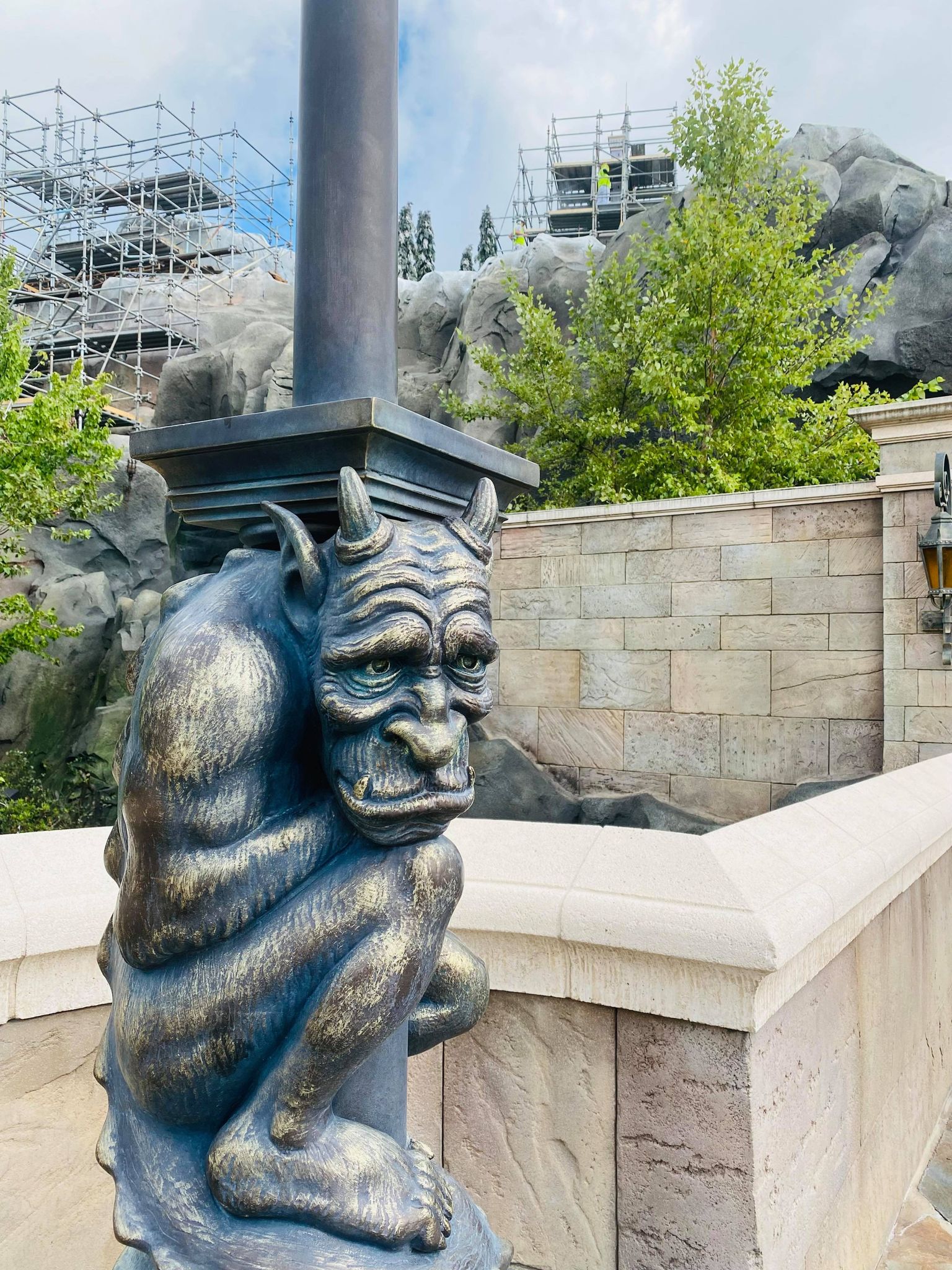 That’s a face only a mother can love, right? 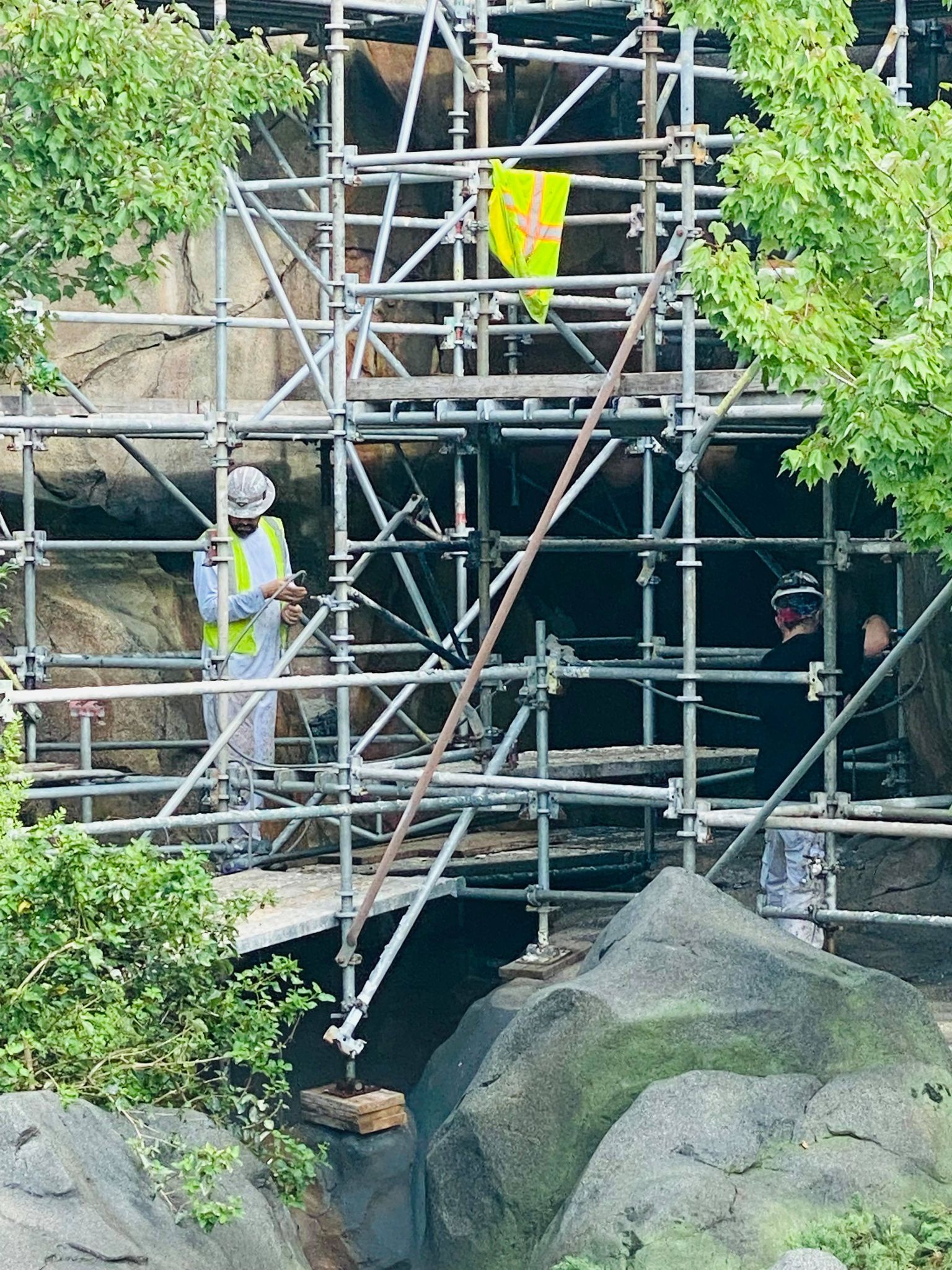 Lower down the castle, even more pressure-washing is being done. That rockwork will be sparkling in no time! 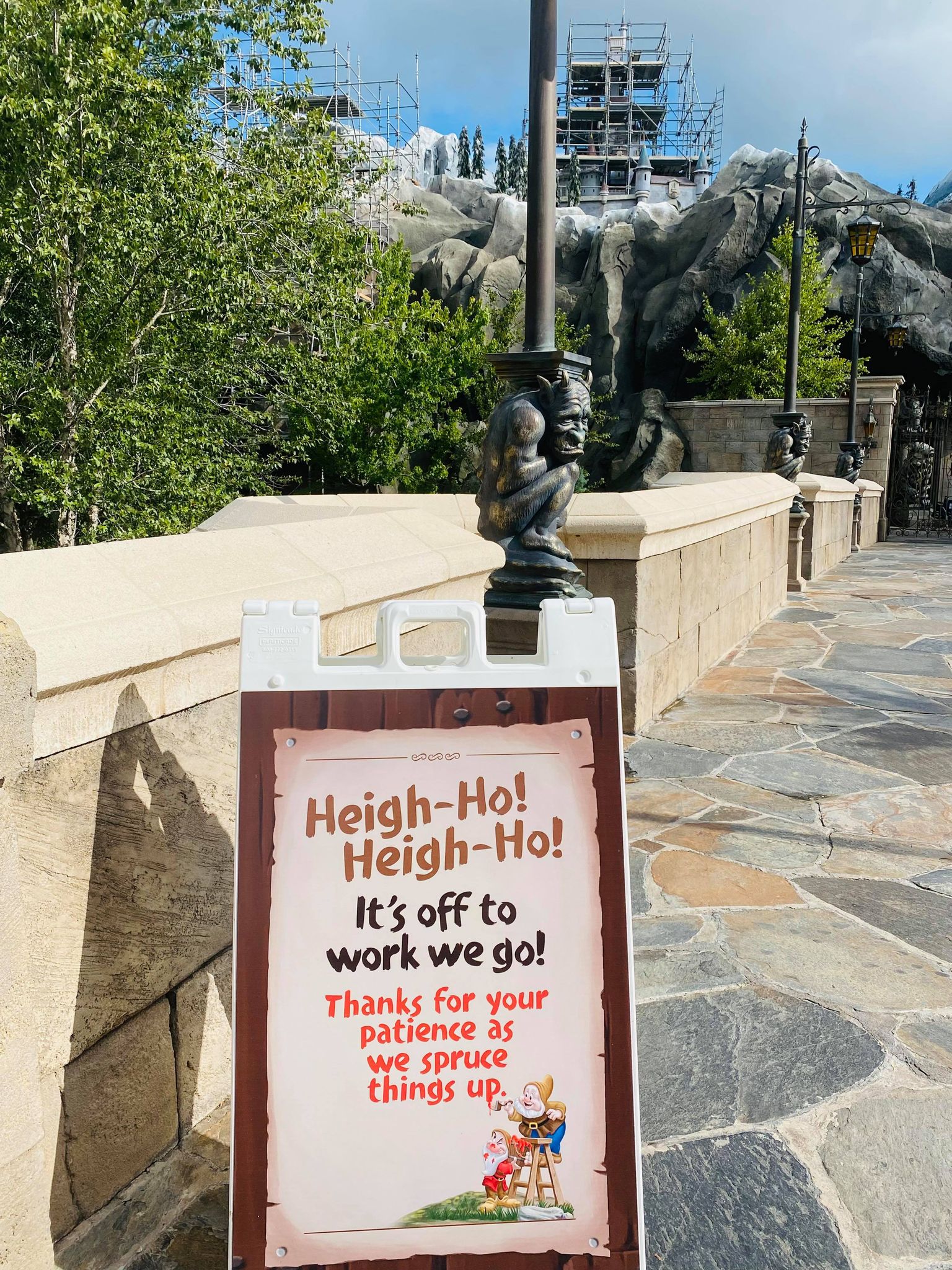 So far, no specific construction work on Be Our Guest Restaurant has been announced by Disney, which leads us to believe that this is just an aesthetic enhancement project in time for the anniversary.

The restaurant remains open for dining as usual, so you can still get your fill of Gray Stuff whilst the work continues. 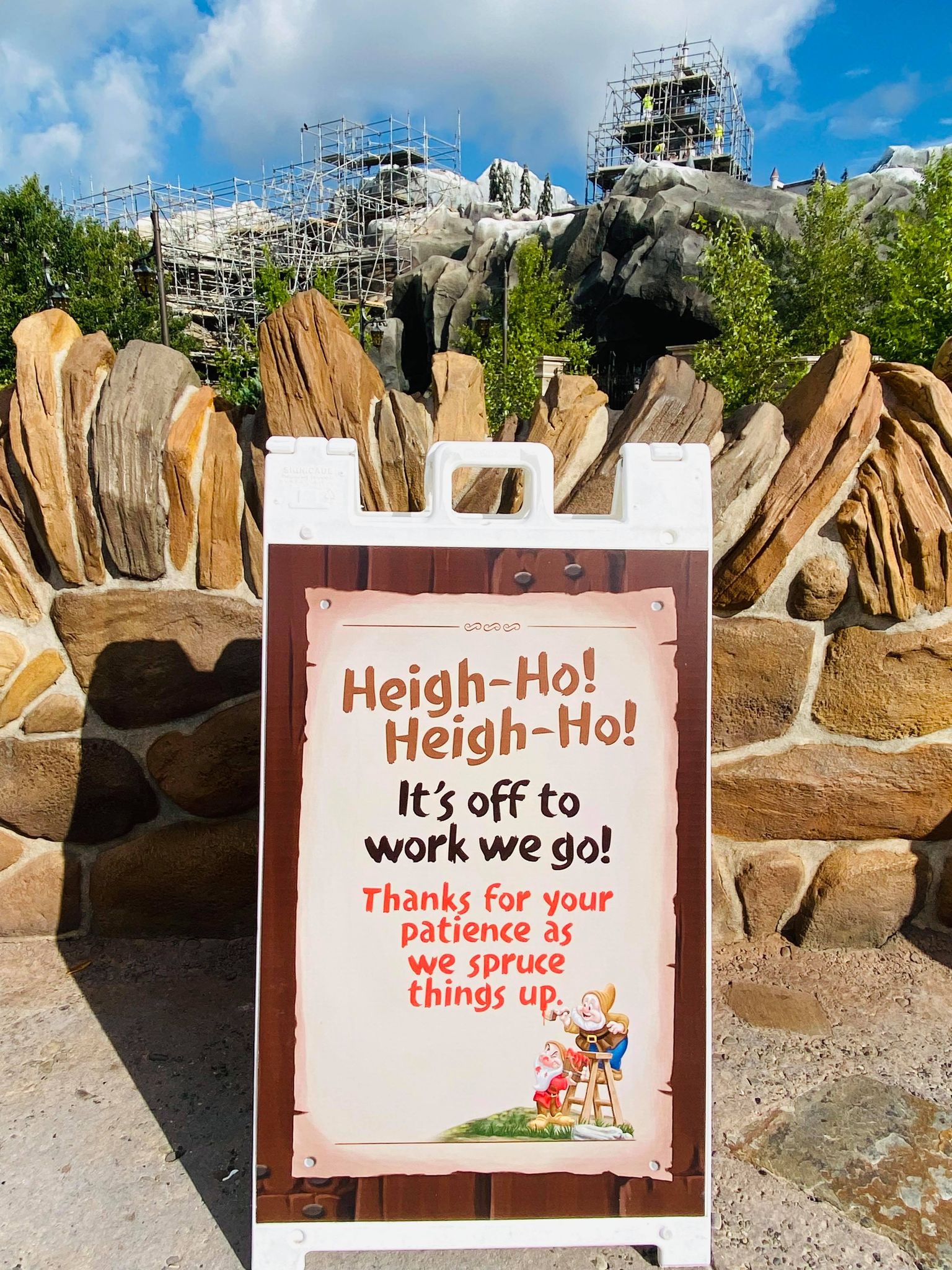 From this sign, it looks like the dwarfs have marched over from their nearby Mine Train to help with the “sprucing-up” of the restaurant! 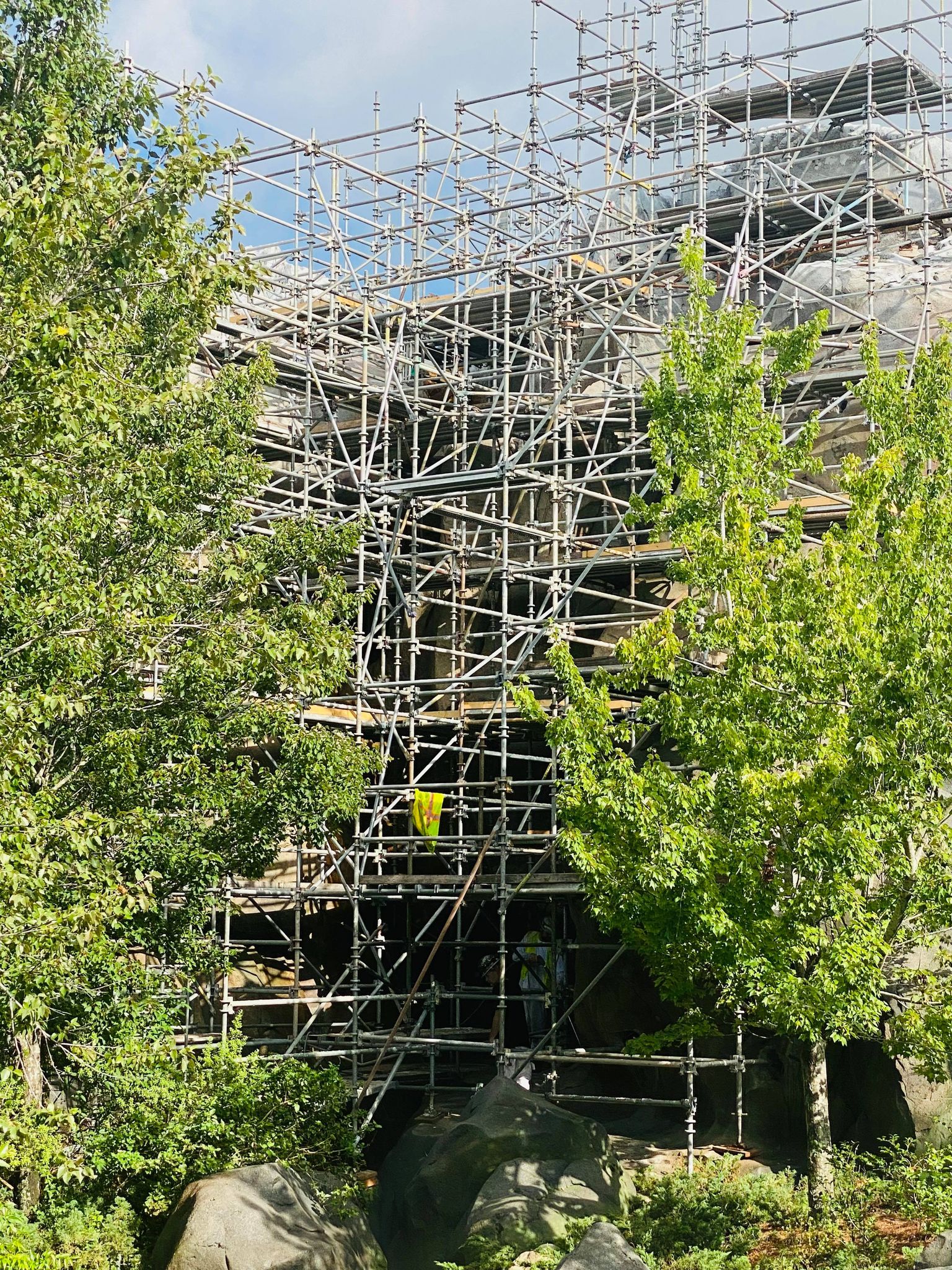 There really does seem to be a lot of cleaning going on. 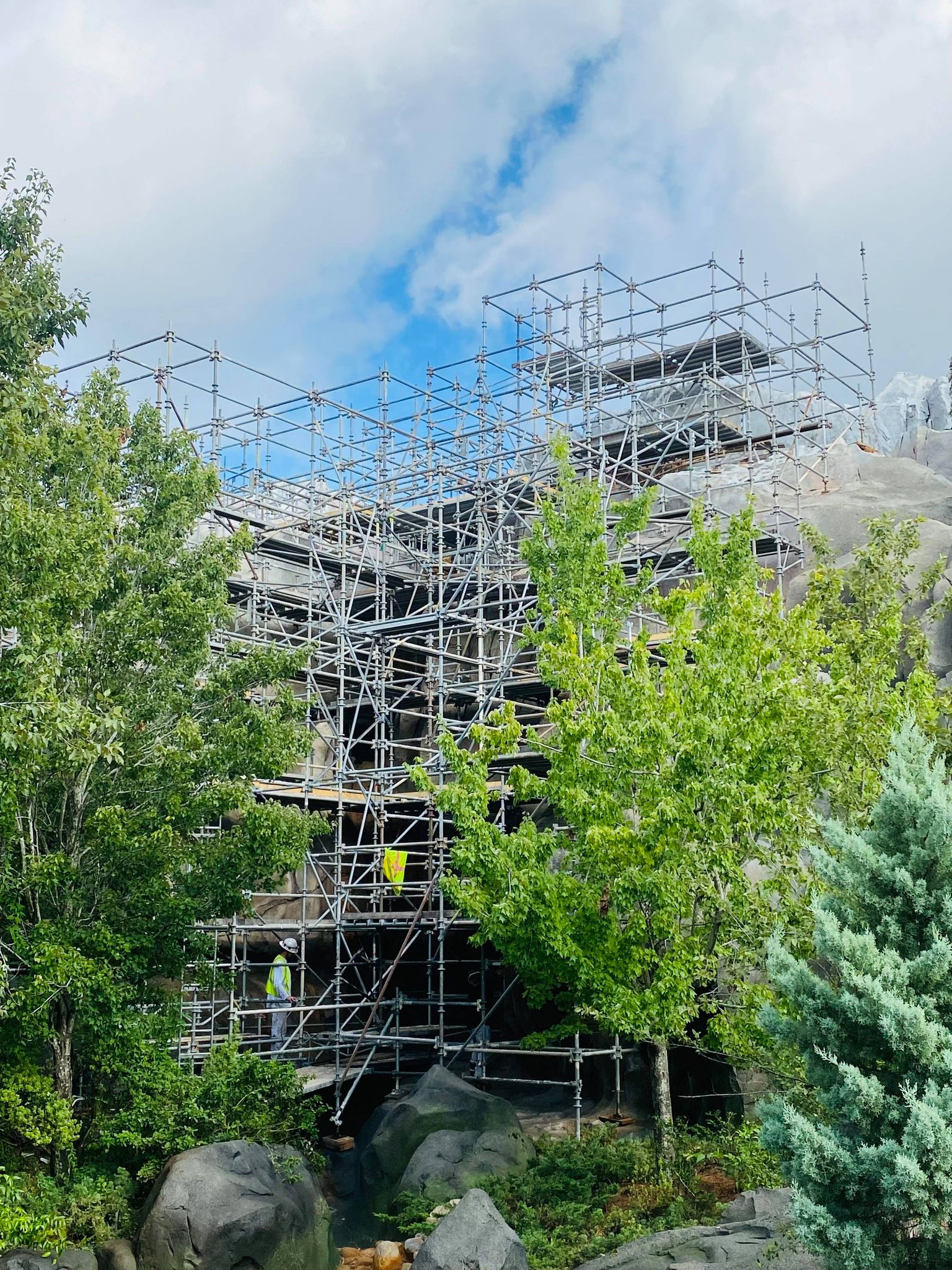 We aren’t sure how long this refurbishment will continue at Be Our Guest Restaurant, but we hope to see the Beast’s castle scaffold-free very soon.

In the meantime, we shall enjoy taking photos elsewhere in the Magic Kingdom, especially on the newly fall-decorated Main Street, U.S.A!