Journey to another planet! 💫 Add the new Star Wars Kashyyyk and Mustafar mini backpacks to your collection: https://t.co/5tFY3DjxeZ pic.twitter.com/1OpNfV8y9U

Lets take a closer look at both designs.

Putting the barren planet of Mustafar on display, this Loungefly mini backpack depicts the lava-ridden wasteland as seen in Star Wars Episode III: Revenge of the Sith. 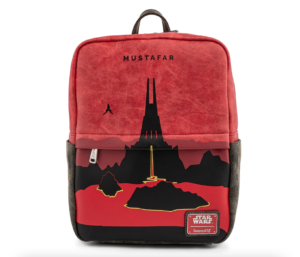 The minimalistic design brings fans of the Star Wars franchise back to the sight of the infamous battle that concluded the final prequel film.

The site that brought the opposing views of the film’s main characters to a head, many fans will remember Mustafar as the planet that brought Darth Vader to life. 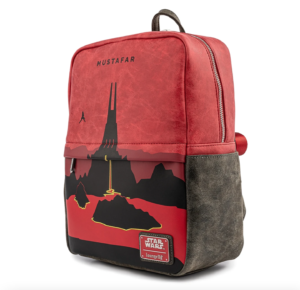 The dark reds and black emphasize the haunting color pallet that feeds the planet’s aesthetic and gives Star Wars fans a one-of-a-kind piece, perfect for every collection.

Inside of the backpack says the famous quote “In a galaxy far, far away…” in a matching black and red. 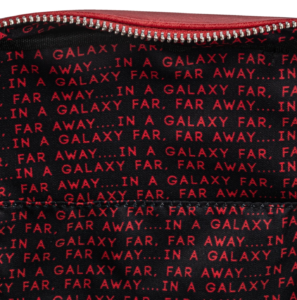 The continuation of the red and black color scheme does well in bringing the bag together and provides a striking visual contrast that represents the dark and haunting imagery of the planet itself.

Synonymous with Darth Vader and Anakin’s final transformation into his role as a Sith Lord, the color scheme works well as a visual representation of these characters. 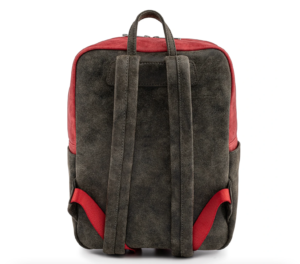 The back of the bag presents a fantastic coal color that accentuates the overall color scheme throughout, while also providing an interesting deviation from the strict black and red that is seen on the front of the bag. 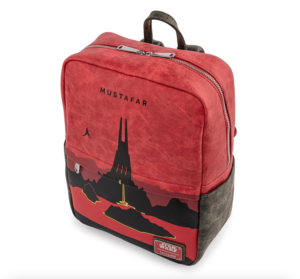 The bag is an excellent addition to any Star Wars and Loungefly fans collection, and wonderfully displays one of the vital and most impactful planets of the Star Wars universe.

Celebrate the Wookie’s home planet with the Kashyyyk backpack! 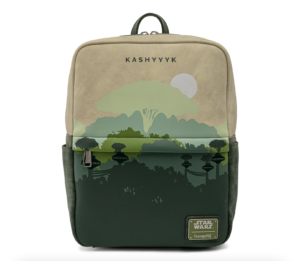 Continuing in the minimalistic design elements of this Loungefly set, this bag celebrates the Wookie homeworld of Kashyyk.

As seen in the Star Wars Episode II: Attack of the Clones, Kashyyyk becomes a battleground during the clone wars; with the Wookies fighting alongside the Jedi Order to help to eliminate the threat of the evil Separatists. 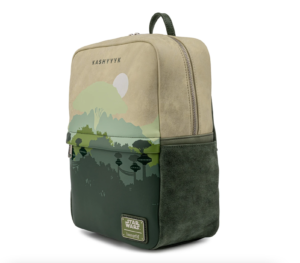 The bag wonderfully displays the lush greens and browns that fill the planet; with the Wookie homeworld being depicted as a fantastical planet riddled with vast and beautiful forestry. 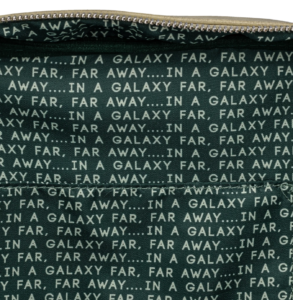 The interior continues the design elements of the bag, with the muddied green and tan lettering both work in integrating the monochromatic tones the bag has so wonderfully incorporated.

The colors both add to the bag’s uniqueness, while also doing well in its respect of the original design of the planet itself. 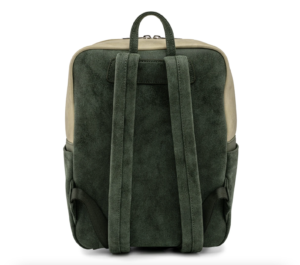 The green backing of the bag appears to be the same fabric choice of the Mustafar bag, yet works well with the design elements chosen for Kashyyyk.

The green- carried over from the front and sides- is the minimalistic interpretation of the vast landscape of the planet as seen in the film, with trees seeming to line the horizon. 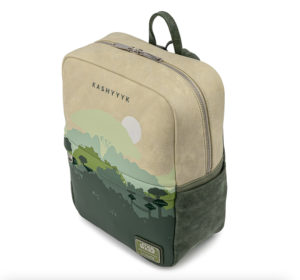 Are you a fan of these Star Wars planet Loungefly backpacks? Which planet would you like to see next? Let us know in the comments below.