Buffalo Bills wide receiver Gabriel Davis joined former teammates and Walt Disney World cast members (as well as our favorite mouse) to lend a helping hand to local Orlando kids this week. Students at both the Boys & Girls Clubs of Central Florida as well as the Walt Disney World Clubhouse received backpacks stuffed with back-to-school essentials to make sure that they start the year prepared.

Setting Kids up for Success

Davis, who attended the University of Central Florida, sometimes needed a little assistance with clothes and school supplies as a child. His partnership certainly celebrates his own dream coming true and a newfound ability to give back to his community.

This week, @WaltDisneyWorld Resort teamed up with Gabriel Davis
(@DavisGB1) and his fellow NFL players to provide back-to-school backpacks to kids at the Boys & Girls Clubs of Central Florida! Read more: https://t.co/ZyPIBb8L4V pic.twitter.com/qi8wzMdpaI

“What inspired me the most about putting these backpacks together was just the opportunity for somebody to have something to go to school with,” Davis said in a video released yesterday by Disney Parks Blog. “I know when I was younger I didn’t get an opportunity to get a lot of things when it came to coming back to school. So, having cool Nike gear and things like that, to be able to give back, that is something that I would have loved at a young age.” 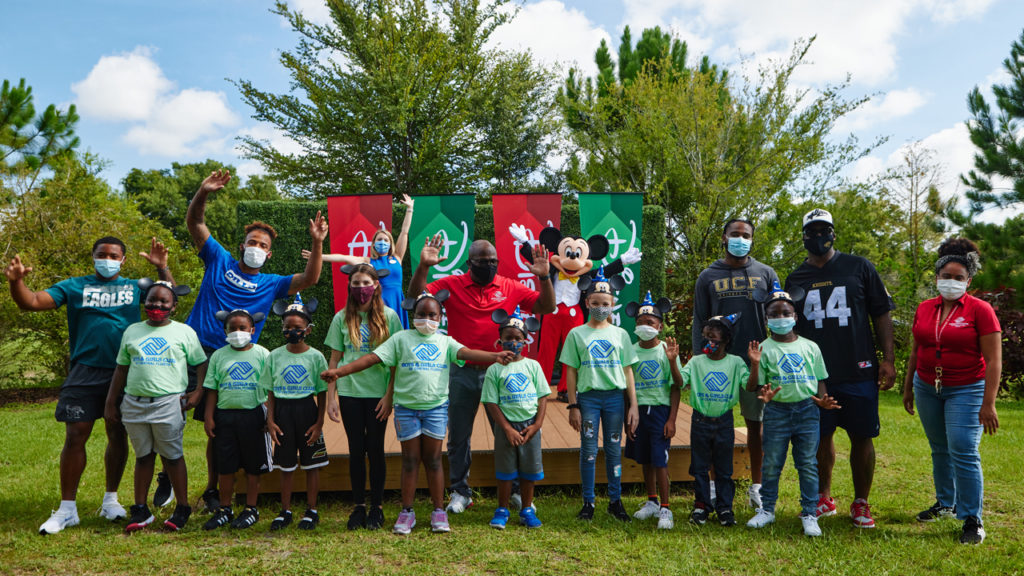 Along with some of his NFL colleagues, Davis surprised the local children alongside Walt Disney World Ambassador Ali and Mickey Mouse. Not only did the kids receive new backpacks, but they also found a wealth of goodies inside. 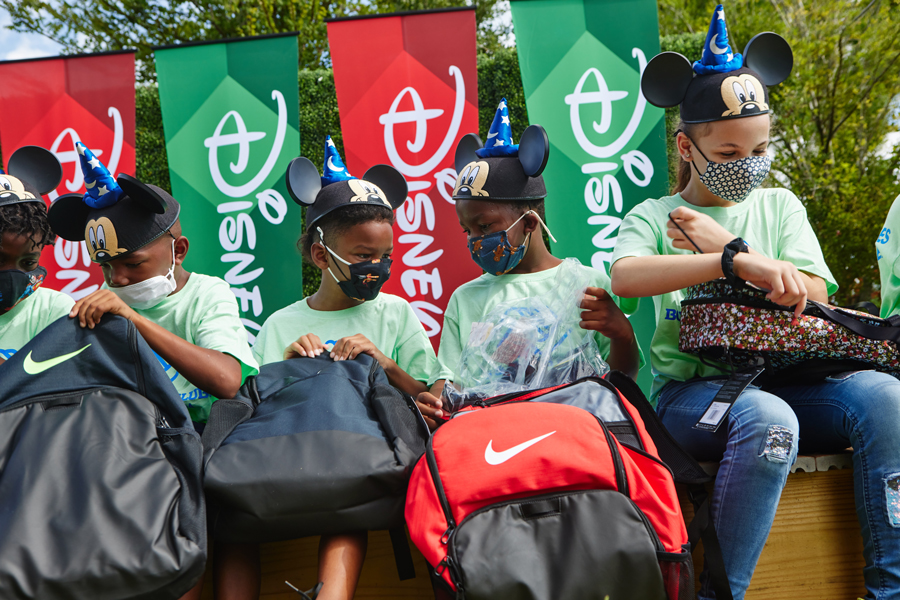 The Boys & Girls Clubs recipients will go to school with Walt Disney World lunch bags, new apparel, school supplies and gear, and of course, Mickey ear hats. (Something tells me that those may be left at home for safe-keeping though.)

“We are so excited to help kids achieve their goals and work hard to pursue their dreams just like our Disney stories say,” Ali said in the video.

The University of Central Florida also celebrated the group’s philanthropic efforts this week, as former players Tre’Quan Smith and Nate Evans were among the players at the event. Carolina Panthers tackle Martez Ivey, who played for the University of Florida, completed the group.

Walt Disney World and Disneyland often team up with local charities, including the Boys & Girls Club, to donate school supplies to local non-profits. Only a few more weeks of summer to enjoy, but these kids are certainly ready to rock that first day of school now.