The Walt Disney Company will build a huge new campus in Lake Nona, Florida. This comes with huge tax breaks for the company. The campus is needed for the 2,000 jobs from California that are being relocated over the next 18 months.

As discussed in a previous article, not all cast members are happy at the prospect of this move.

Most of the cast members relocating are in Disney’s Parks, Experiences and Products division, who are not fully dedicated to the Disneyland Resort. It also includes Imagineering.

According to the Orlando Business Journal, Disney said the average annual wage for positions is $120,000.

The Walt Disney Co. plans to invest $864 million in the Lake Nona campus. Disney can get as much as $570 million through the Florida capital investment tax credit, paid out over 20 years. Disney said the incentives were an “integral part” of their site selection.

The tax credit program requires capital investment of at least $25 million and at least 100 net new jobs. Disney applied for the tax credit in December 2019 and was approved by the Florida Department of Economic Opportunity in February 2020. 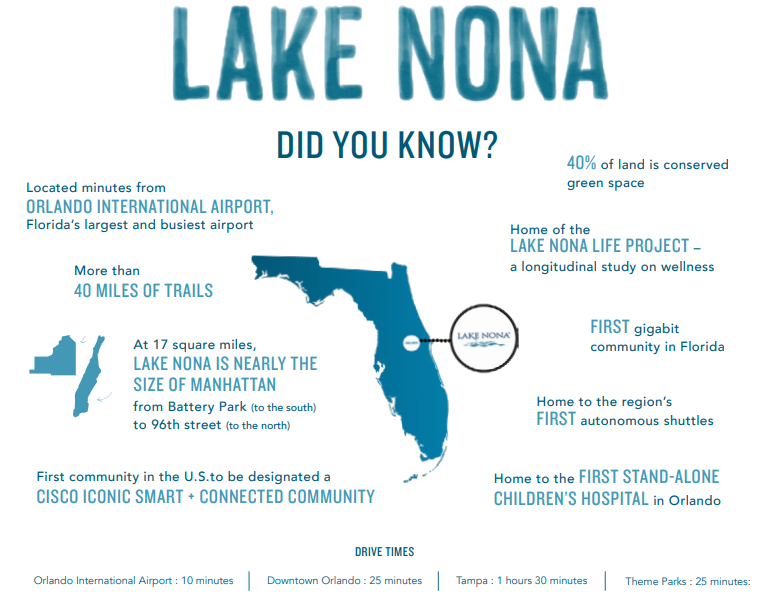 In addition to the tax credits, Lake Nona was an attractive choice because of nearby infrastructure such as available homes, schools not at capacity and proper commuter roads and the state’s lack of an income tax.

The company is concerned about  the potential for disruption by moving the jobs away from its headquarters, loss of talent and the potential poaching of key executives by other firms.

No designs of the new campus have been released at time of publication. But you can get and idea from the modern, energetic designs the development company has produced previously. 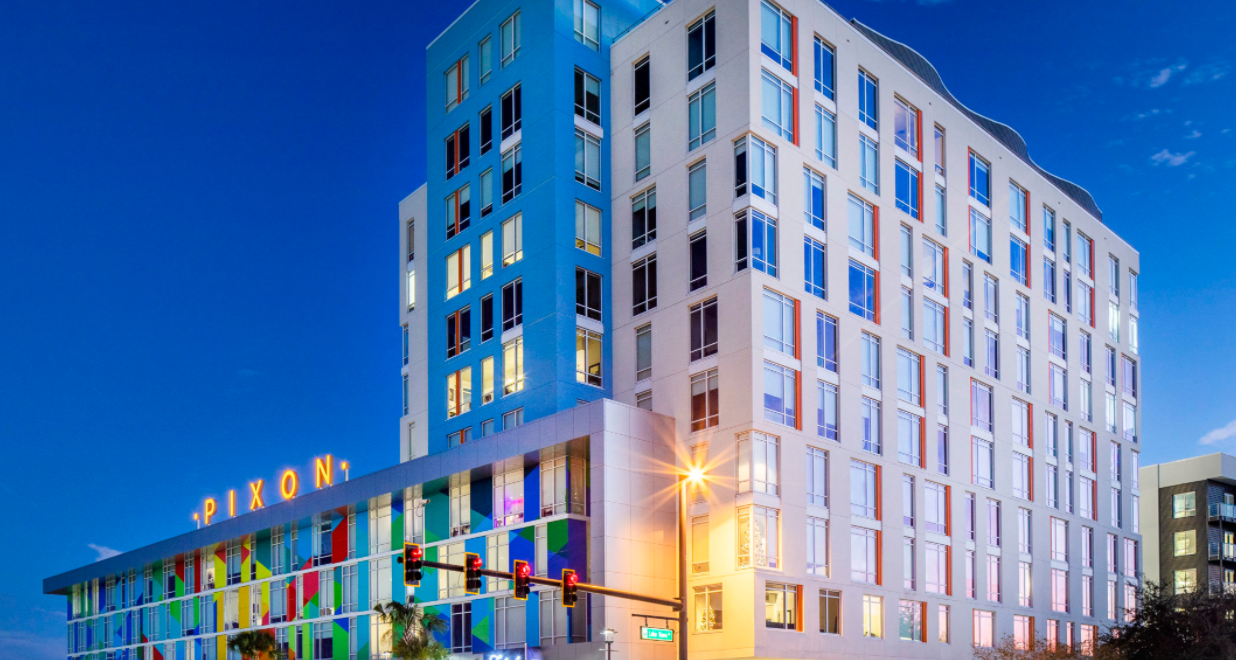 The company expects to own, construct and operate a roughly 300,000- to 400,000-square-foot campus. Disney said it expects the campus to require an estimated $240 million in capital investment to construct over a three-year period.

The total capital investment for the campus will be $864 million, including $624 million for other equipment such as computers and office furniture at the campus. This amount could increase.

Who is developing the new campus?

“With Disney’s move and large investment in our community, we are delighted to welcome one of the world’s most recognized brands to @LearnLakeNona." https://t.co/2NuJkGnDWW

The campus developer is the Tavistock Development Company. According to their website:

This announcement really highlights the continued collaboration in our community. We are excited to have Disney expand into our Lake Nona community with high-paying jobs, spurring further investment in our city. https://t.co/uQzcmJUbal

Local politicians are thrilled that Disney will be bringing jobs and revenue to the area:

The University of Central Florida welcomes their new neighbors:

Welcome to the neighborhood 👋

With Disney expanding into our neighboring Lake Nona community, we're excited to have the continued investment and innovation in the greater Orlando area.https://t.co/I15W6SmmJv

Even Depek Chopra is setting up shop in Lake Nona:

“Locating the Chopra Mind-Body Zone in Lake Nona allows me to be with innovators and creators.” We are glad you are here with us, Dr. @DeepakChopra. Thank you for sharing your wisdom in @orangeappealmag this month! #orangeappealmagazine #deepakchopra #ayurvedamedicine #lakenona pic.twitter.com/pg7rTUc4e7