Lat month, we here at MickeyBlog confirmed that an official Salt & Straw shop is coming to Disney Springs at Walt Disney World. 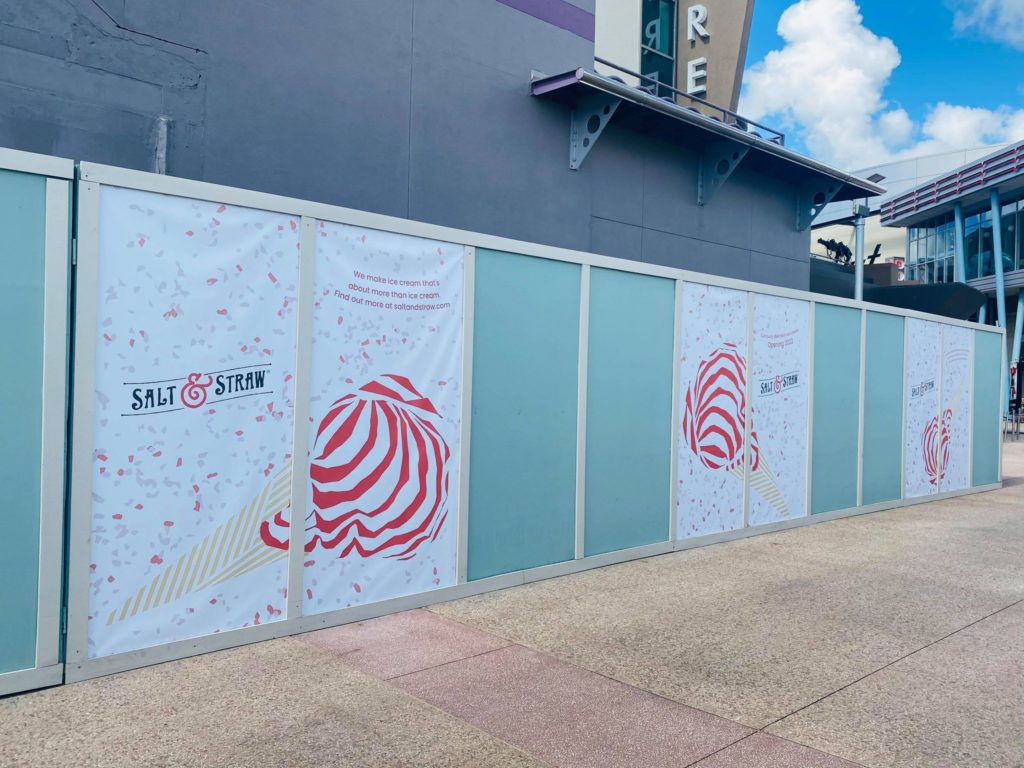 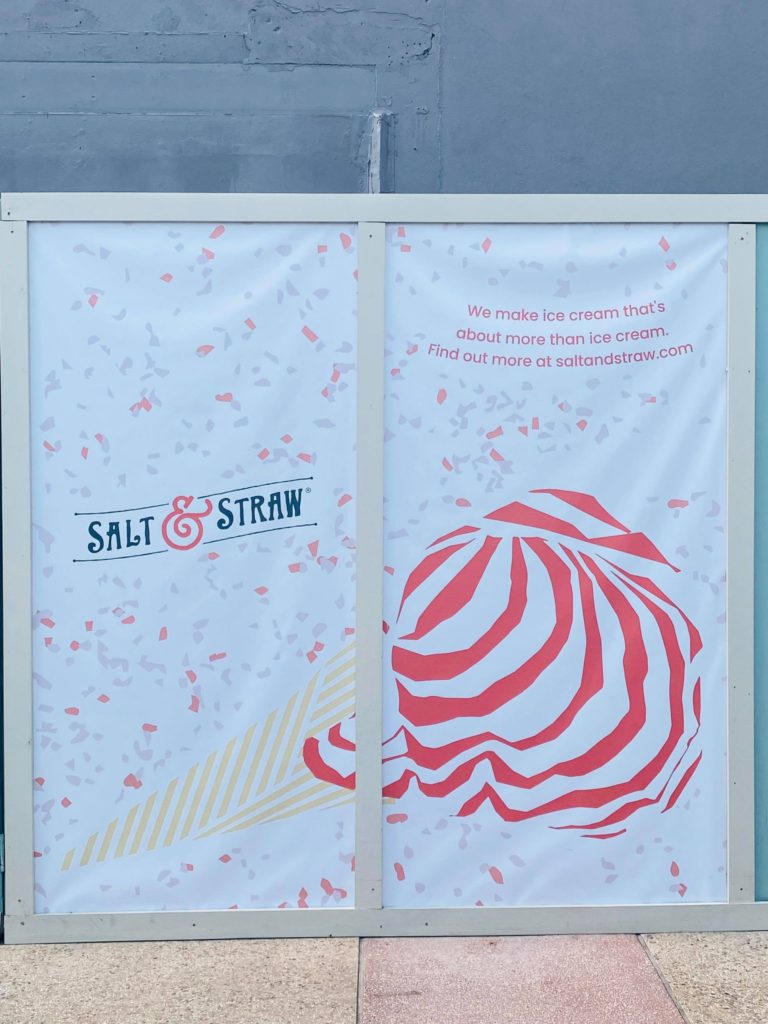 For those wondering where the new location will be, as you can see from these images, it will be right next to Splitsville Luxury Lanes on the West Side of Disney Springs. 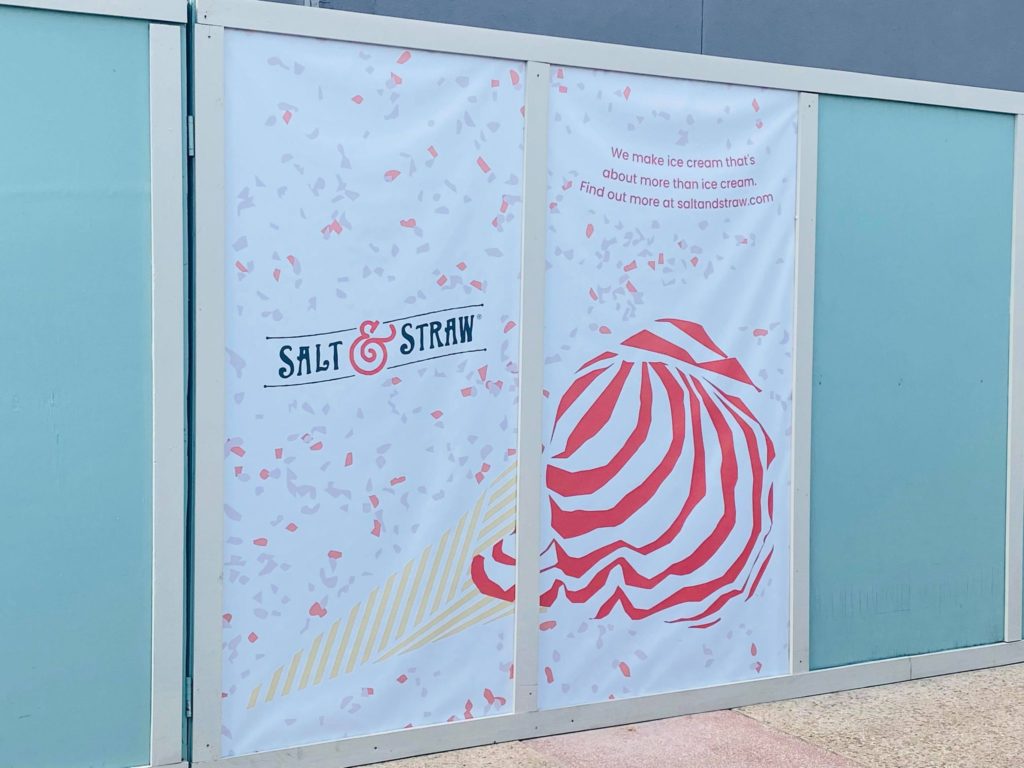 As you can see from the signage, construction walls are up around the future Salt & Straw location.  Once open, the Disney Springs shop will have the distinction of being the first Orlando storefront for the company. 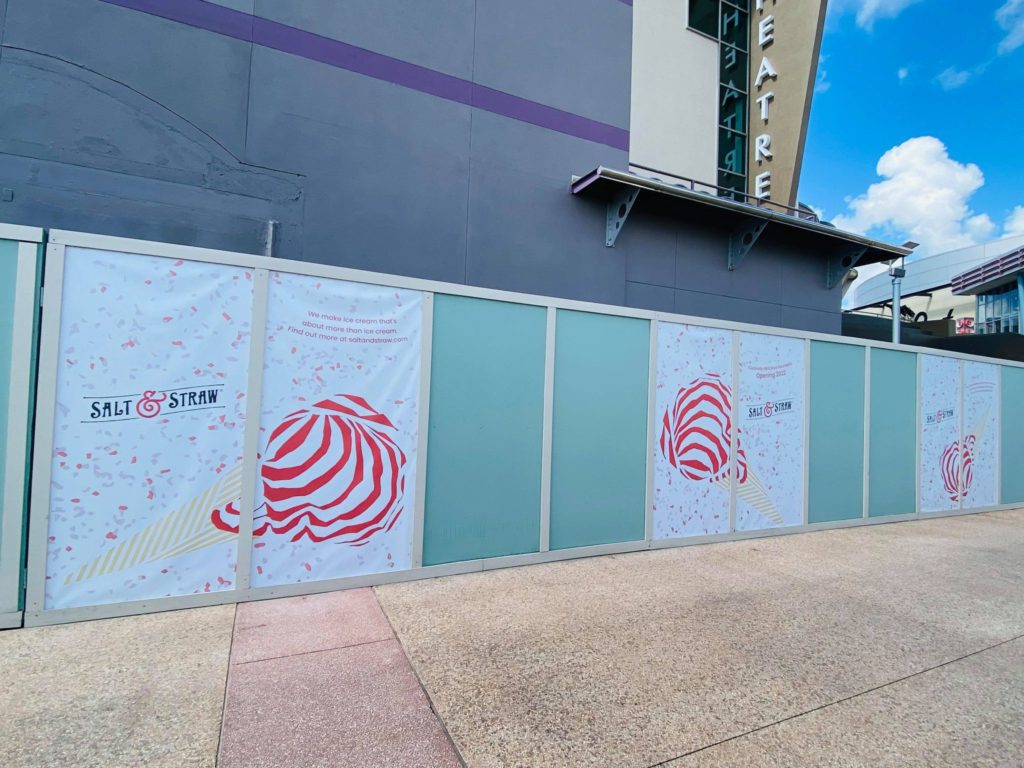 For those unfamiliar, Salt & Straw is a family run company founded by cousins Kim and Tyler Malek. 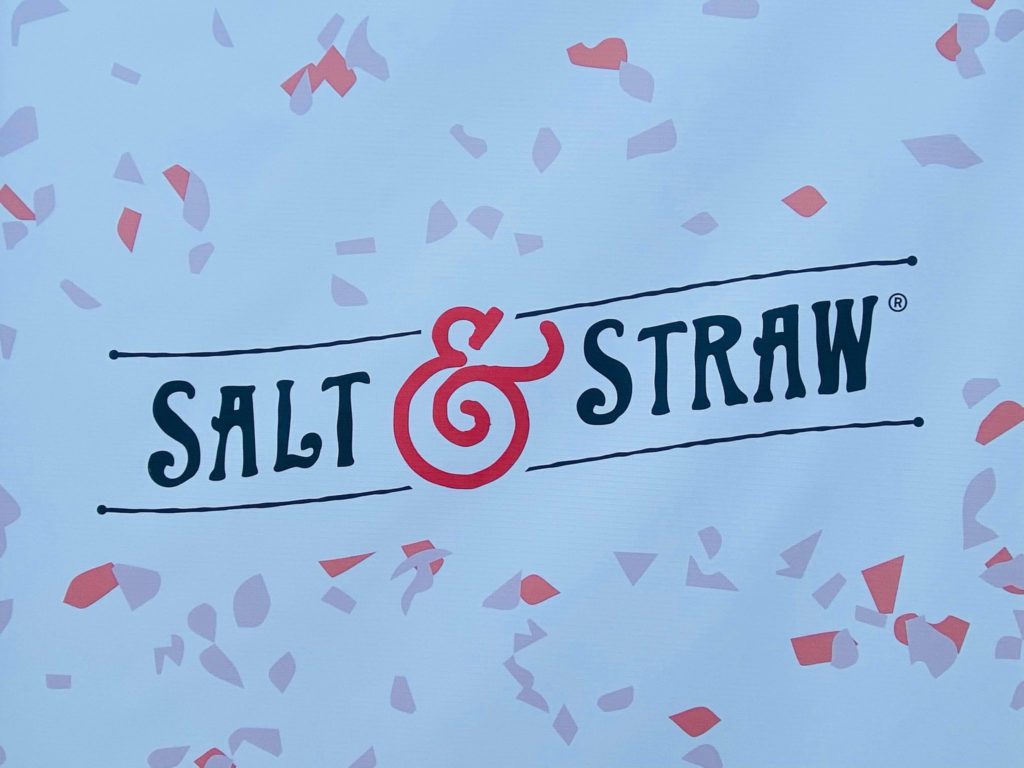 The first shop opened in Portland back i n 2011. 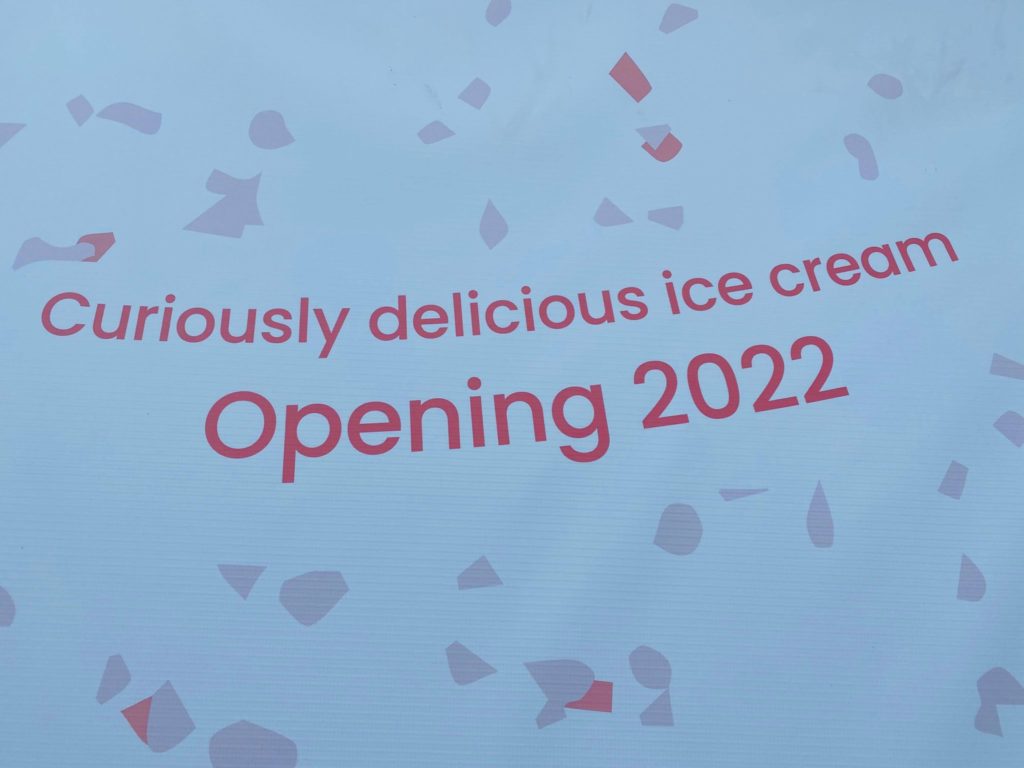 Though Salt & Straw has yet to reveal an official opening date, we do know that it’s slated to open at some point next year. 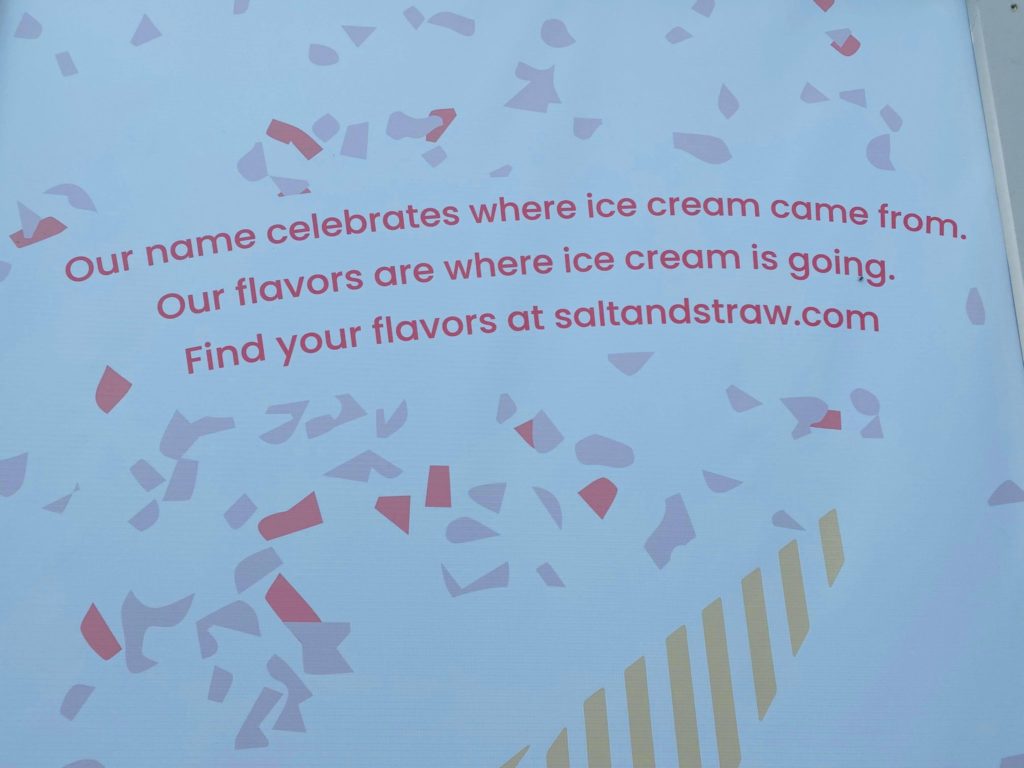 According to a press release sent out earlier this summer, the storefront will be designed by Osmose Design. 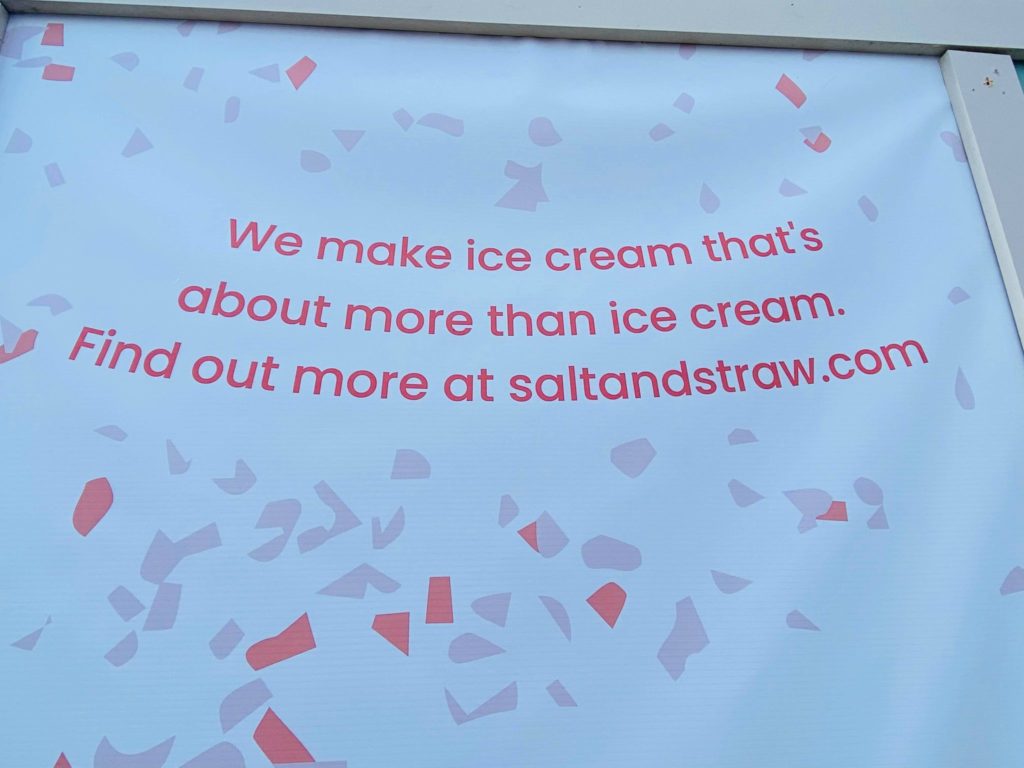 We also know that the project will be overseen by Andee Hess who has envisioned all 26 Salt & Straw locations in areas including Portland, Los Angeles, the San Francisco Bay area, San Diego, Seattle, Miami, and the Downtown Disney® District in Anaheim, California. 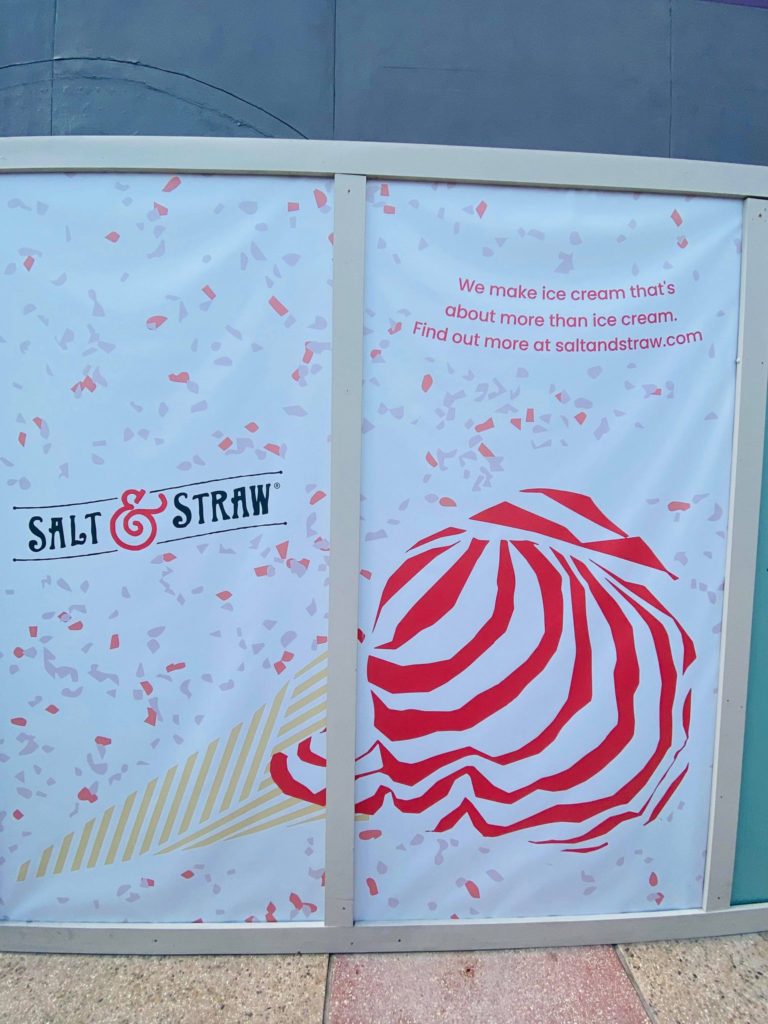 Hess had this to say about the Disney Springs location, “As huge Walt Disney World fans, we were inspired to go really BIG with an exterior facade that screams ice cream and makes sure we show the world how excited Salt & Straw is to be here. The results will be an epically inviting and tantalizing exciting shop that evokes crafted deliciousness.” 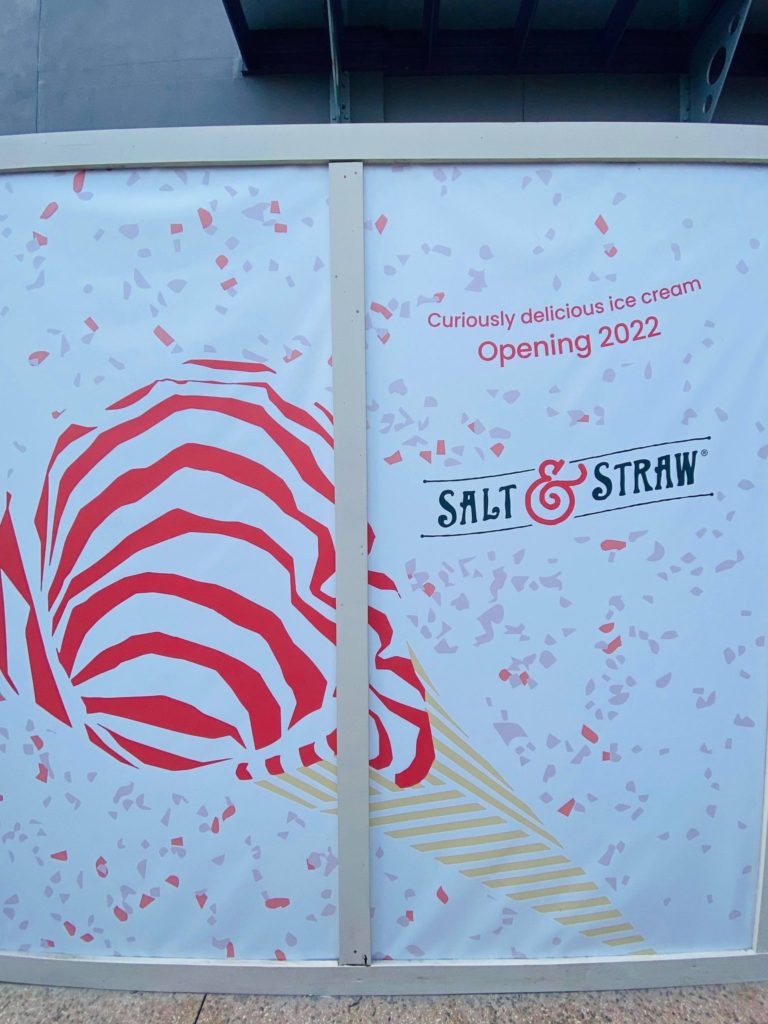 We are so excited that our favorite Disneyland ice cream shop is coming to Disney World. 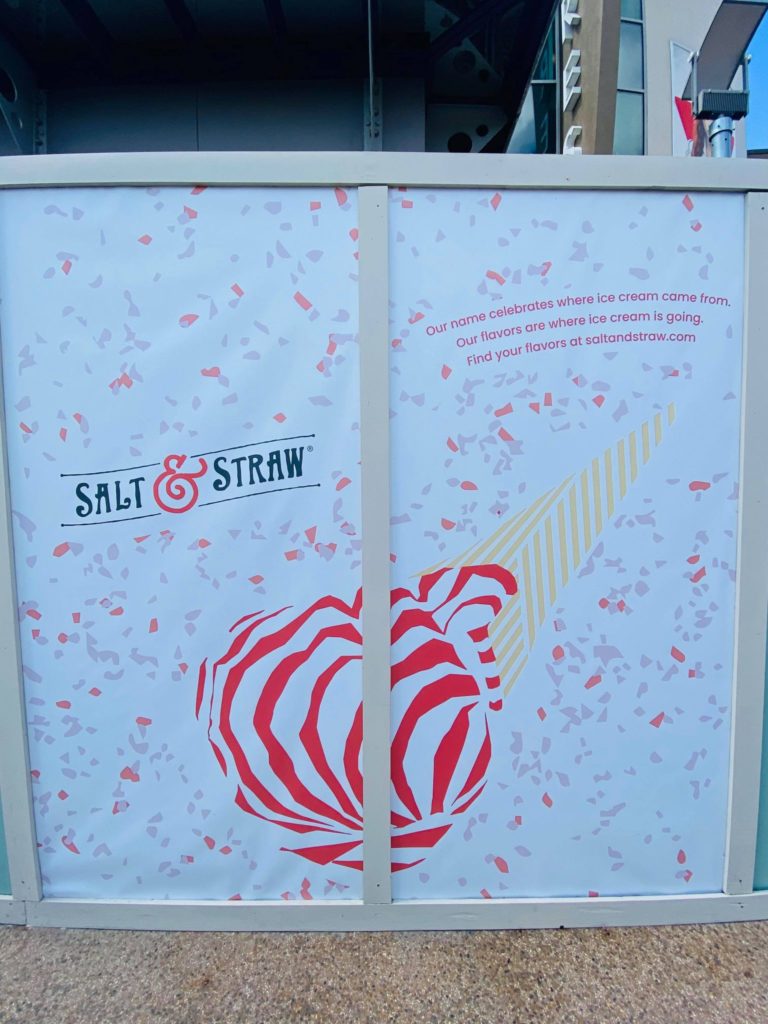 Readers are encouraged to keep following along with us for further Salt & Straw details. 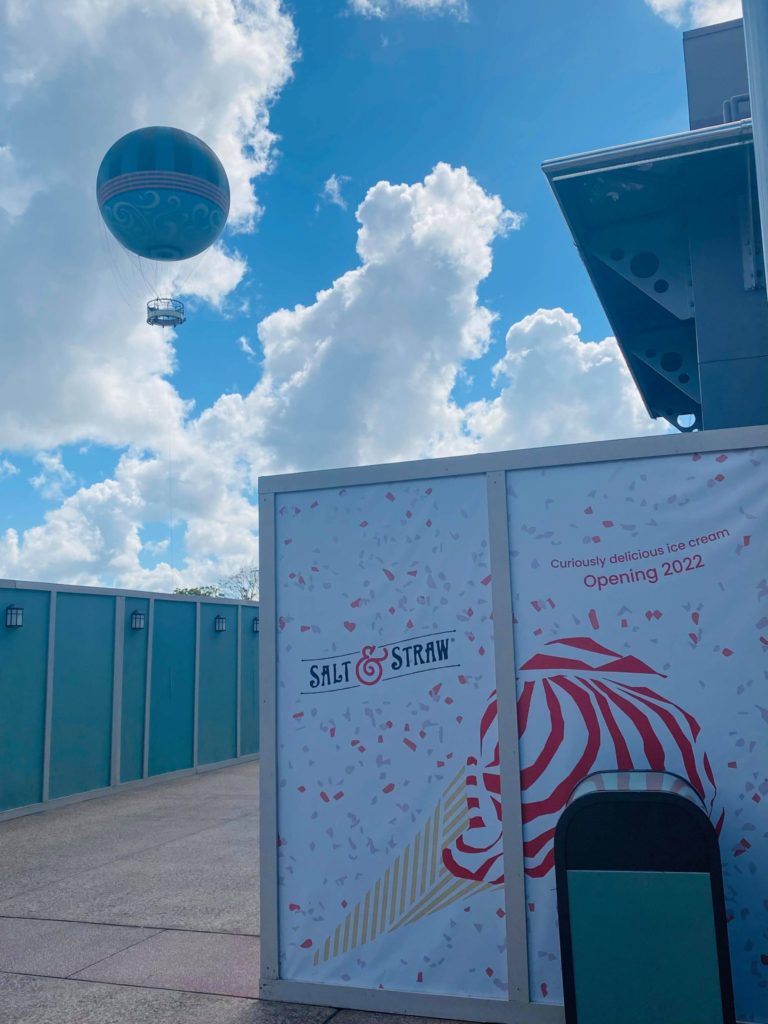 You can also check out further details from Salt & Straws original announcement here. \