Walt Disney World Fully Reopened a Year Ago Today. What a Year, Right? 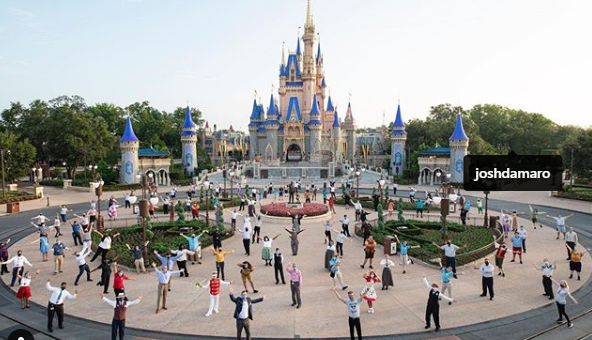 -On July 11th, 2020, Walt Disney World reopened two of its theme parks for the first time since Coronavirus concerns forced their closure.

Let’s look back at the past year and evaluate how Disney did in managing an impossible situation. 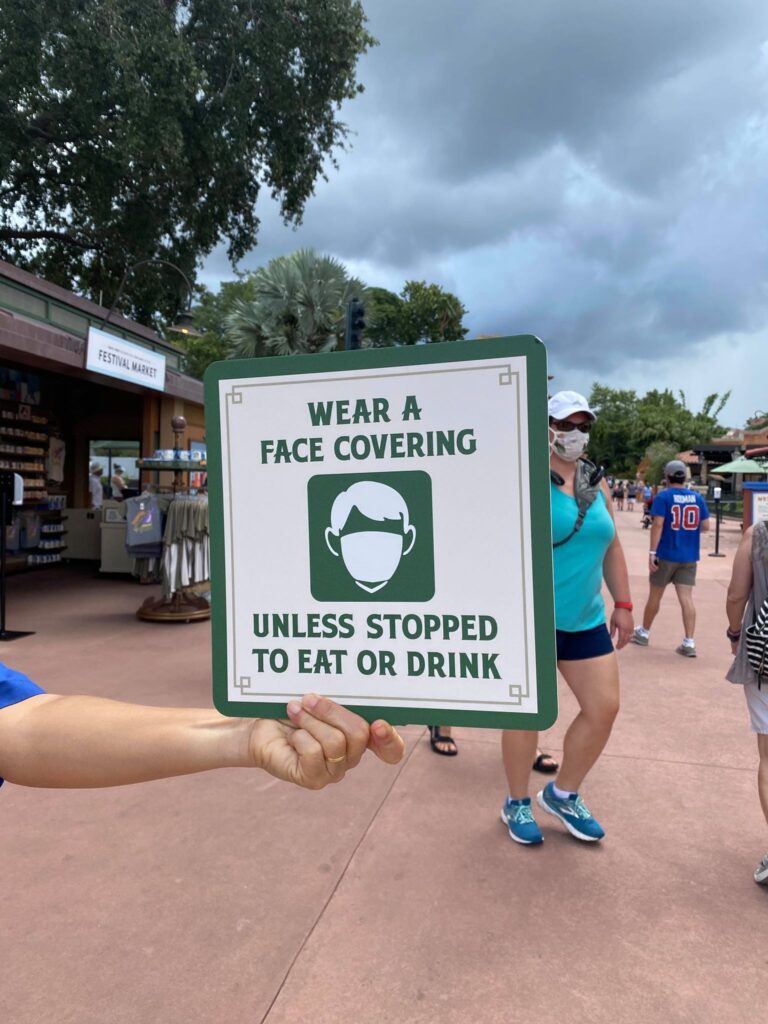 I vividly recall writing about the early days of the pandemic, the days after Walt Disney World shut down.

At the time, analysts hoped for a six-week temporary closure, presuming that Americans would wear their masks and honor social distancing mandates. 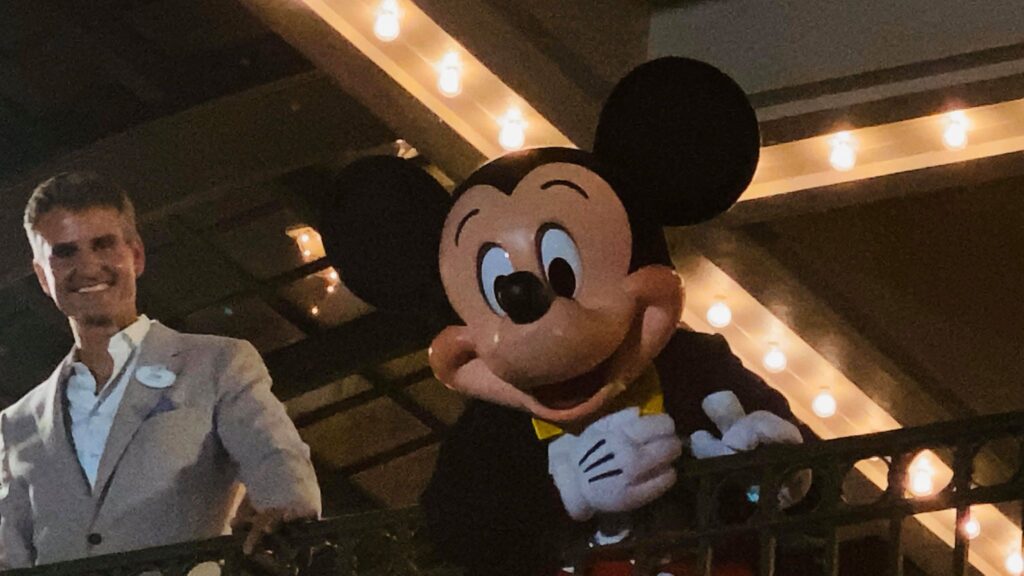 Alas, the contagious nature of the disease proved more challenging than anyone had expected.

As such, Disney waited almost exactly three months before it could come back. When it did, several policies changed. 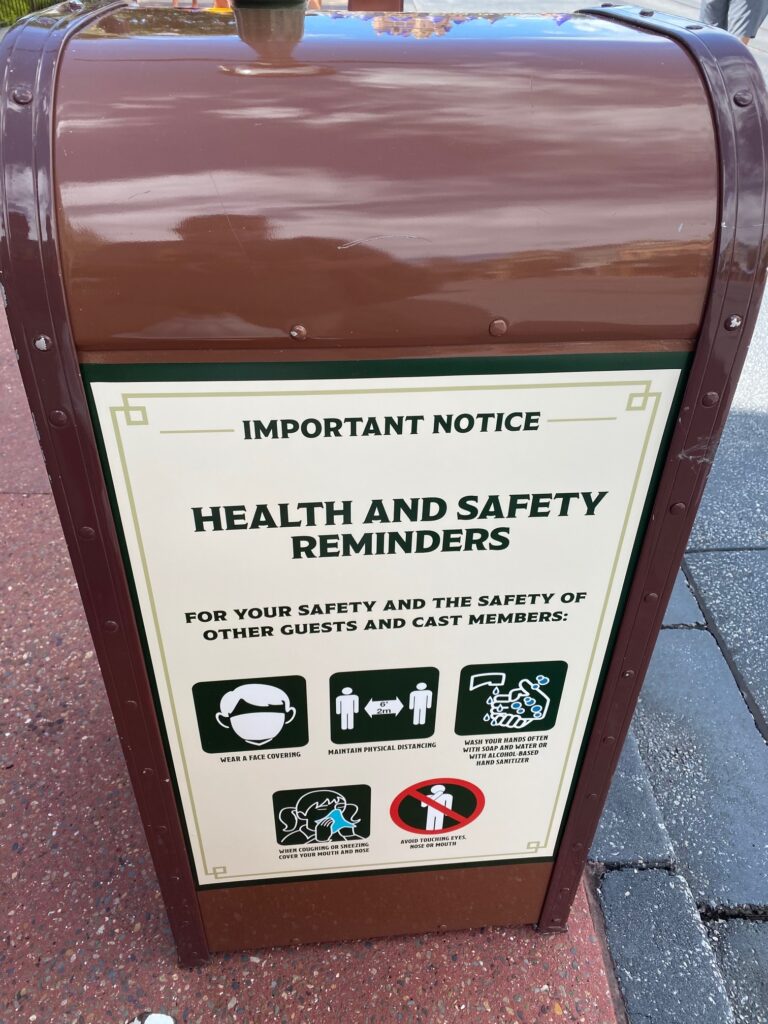 Park officials had no choice. Yes, they wanted the Most Magical Place on Earth open. Realistically, they couldn’t risk the health of guests, though.

So, the reopening day version of Disney theme parks appeared quite different. 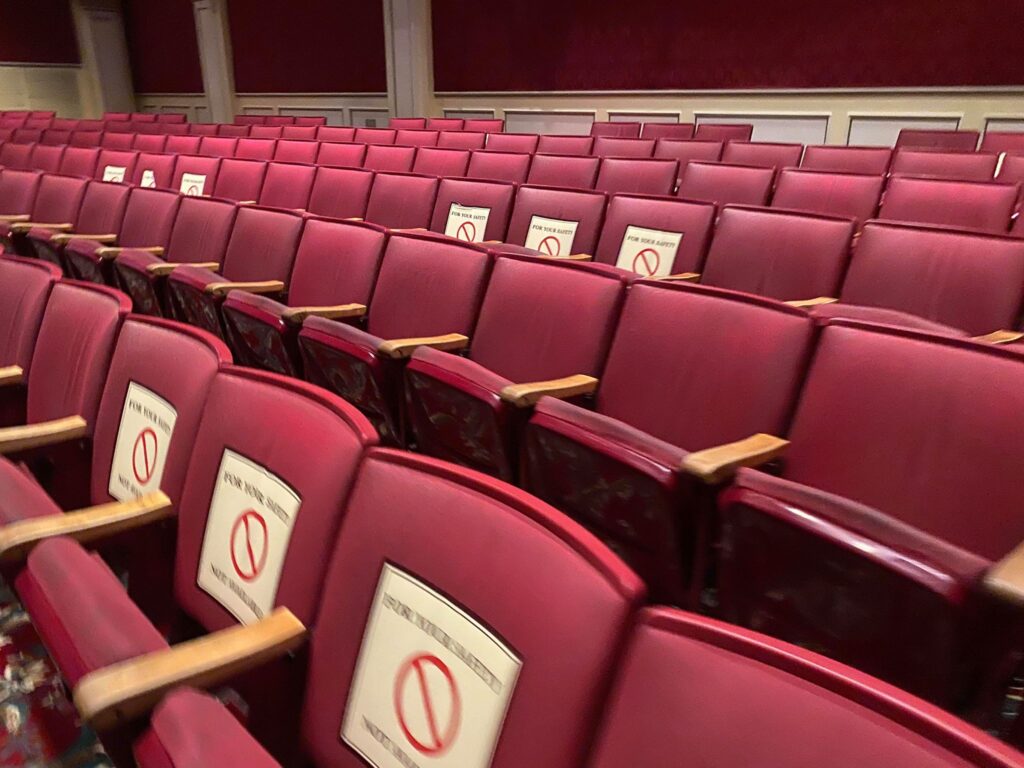 Cast members drew lines on the ground to show guests where to stand. In addition, all parks required face coverings for guests and workers alike.

In fact, everyone had to pass a temperature check before they could enter Disney. Otherwise, they jeopardized the prevention of COVID-19. 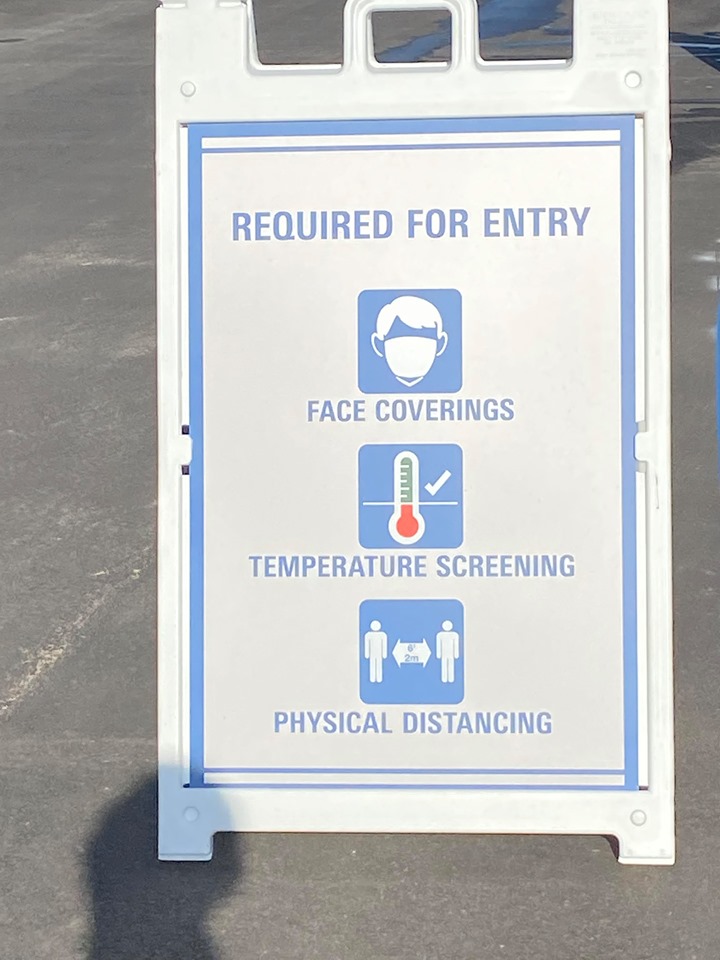 Many Disney fans (and critics) lamented the stringent rules in place at the parks. They believed that the parks wouldn’t feel the same.

However, the results speak for themselves. The United States confirmed nearly 35 million COVID-19 cases during the pandemic. 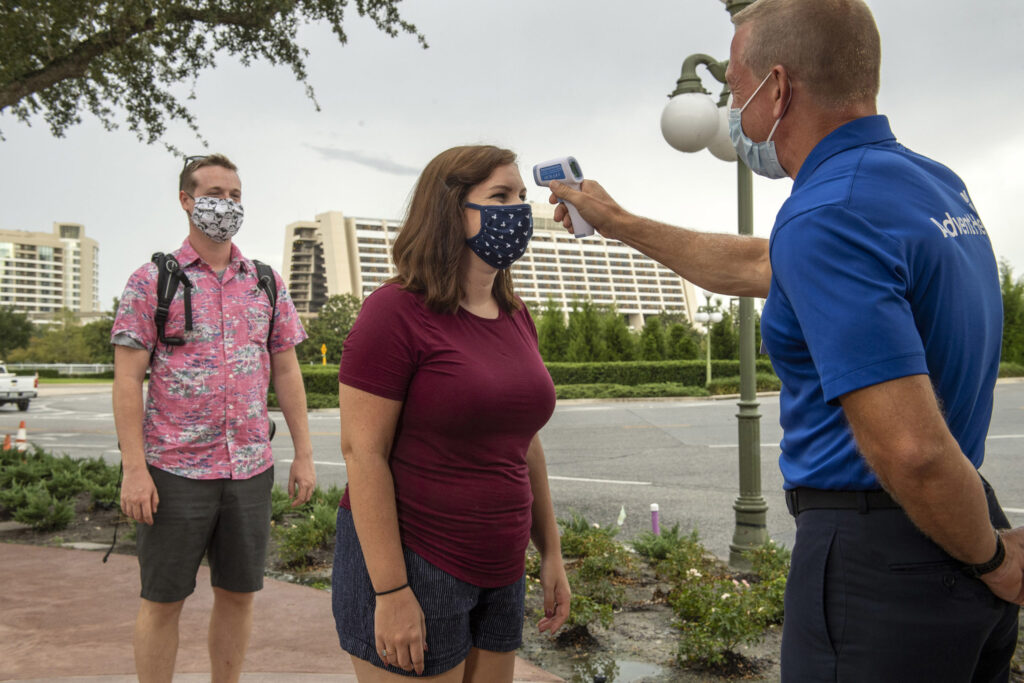 At Walt Disney World, no confirmed outbreaks occurred even though tens of thousands of guests visited daily.

During the pandemic, a Disney theme park qualified as one of the safest places you could be! 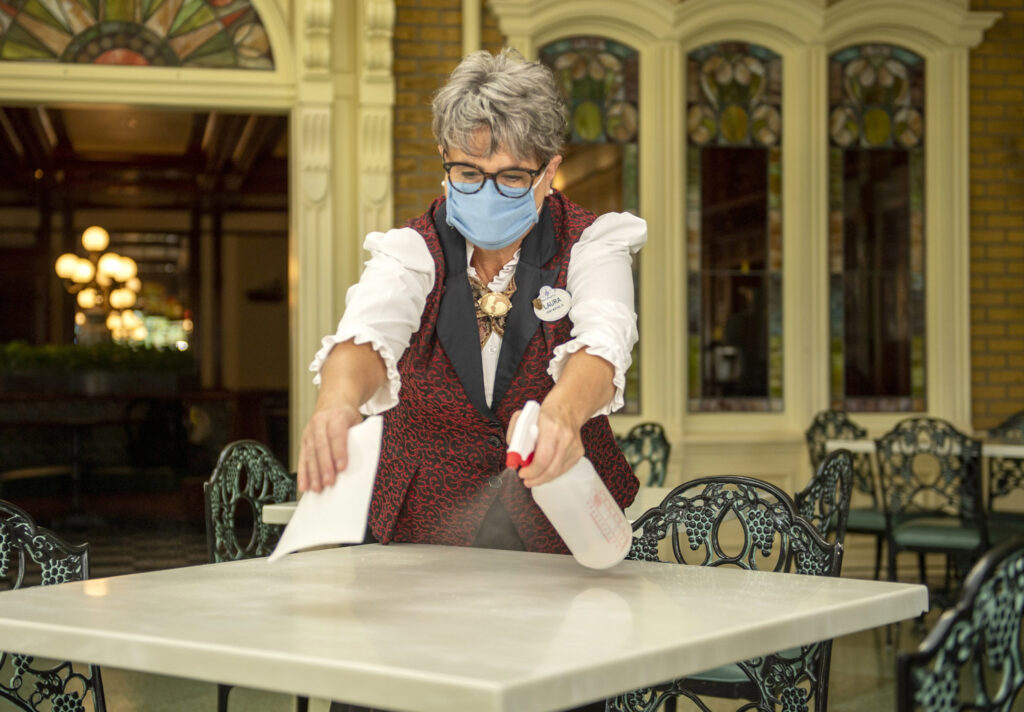 The 2020 Changes and Early Results

When Walt Disney World returned in July, everyone understood that the process would undergo many changes.

Disney had laid off 32,000 cast members and couldn’t afford to re-hire most of them at the time. 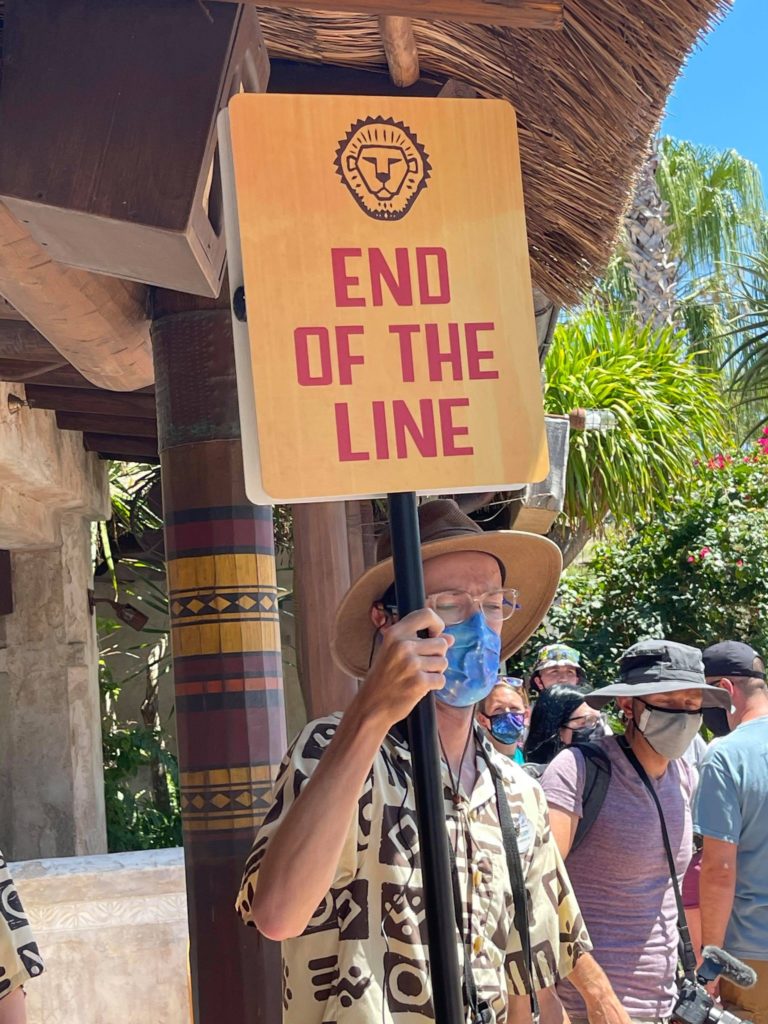 So, the parks reopened gradually as park officials controlled traffic in an inventive new way.

Walt Disney World introduced Park Passes as a requirement for visiting guests. You couldn’t enter any park without one.

This technique provided management with a general headcount about park attendance for a given day.

Disney needed this information, as the parks reopened with 25 percent capacity limits. 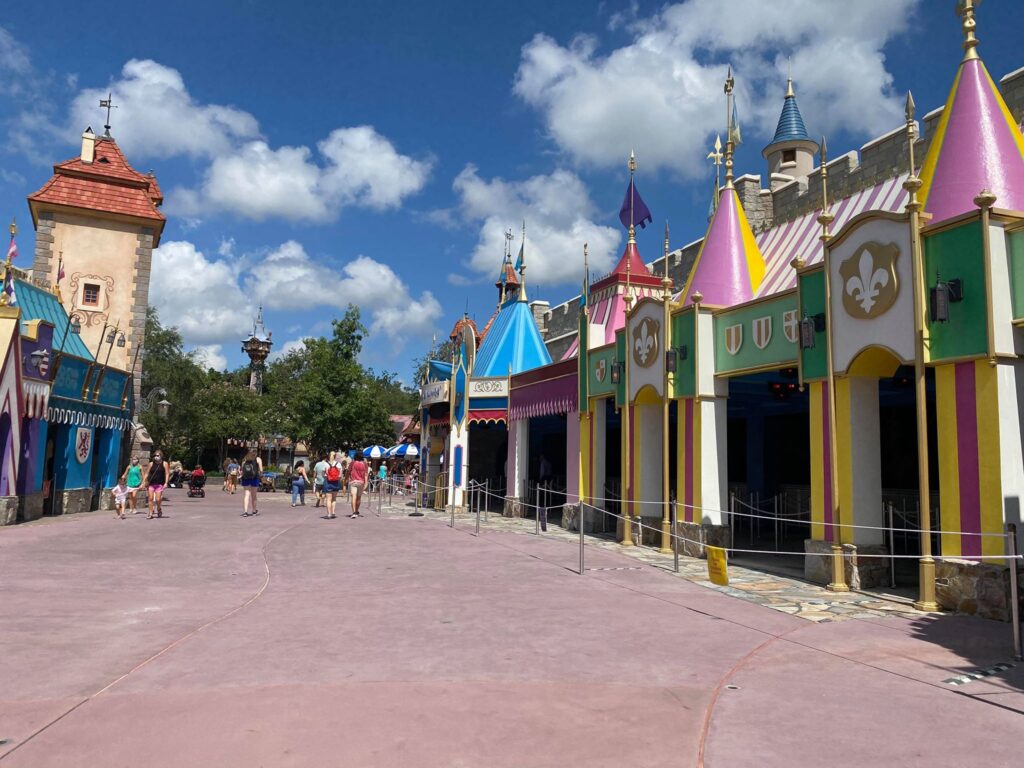 Later, the parks increased to 35 percent capacity, which may not sound like much until you enter the data in a calculator. Then, you’ll realize it’s 40 percent more.

At that point, Disney needed 40 percent more staff and resources. Ergo, some resorts and restaurants came back as attendance increased. 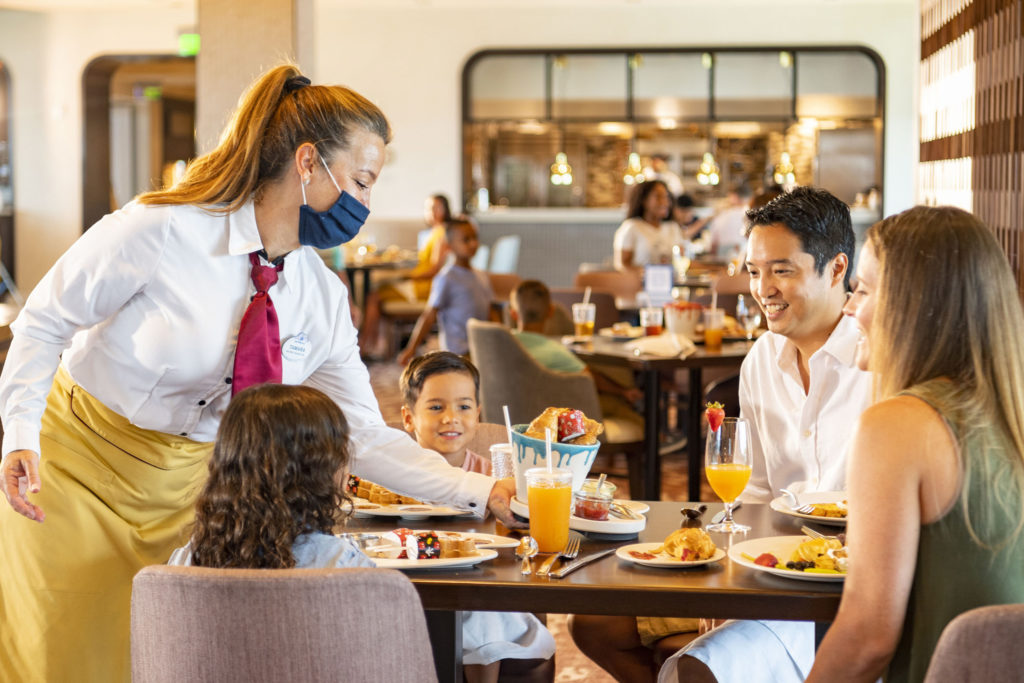 Thus, the company took this cautious approach with resources. It was all a grand experiment, really.

The primary beneficiaries for low capacity were the earliest guests to arrive. They reported some of the shortest lines in Disney history.

Seriously, one person rode Avatar Flight of Passage five times in an hour just to prove it was possible. I sincerely doubt that even an Imagineer had done that previously.

Guests who trusted Disney enough to visit last July-September enjoyed some of the best park days ever, at least in terms of riding the most stuff.

I visited last October and rode everything at every Walt Disney World theme park during my trip. It was a mind-blowing experience shared by a fortunate few. 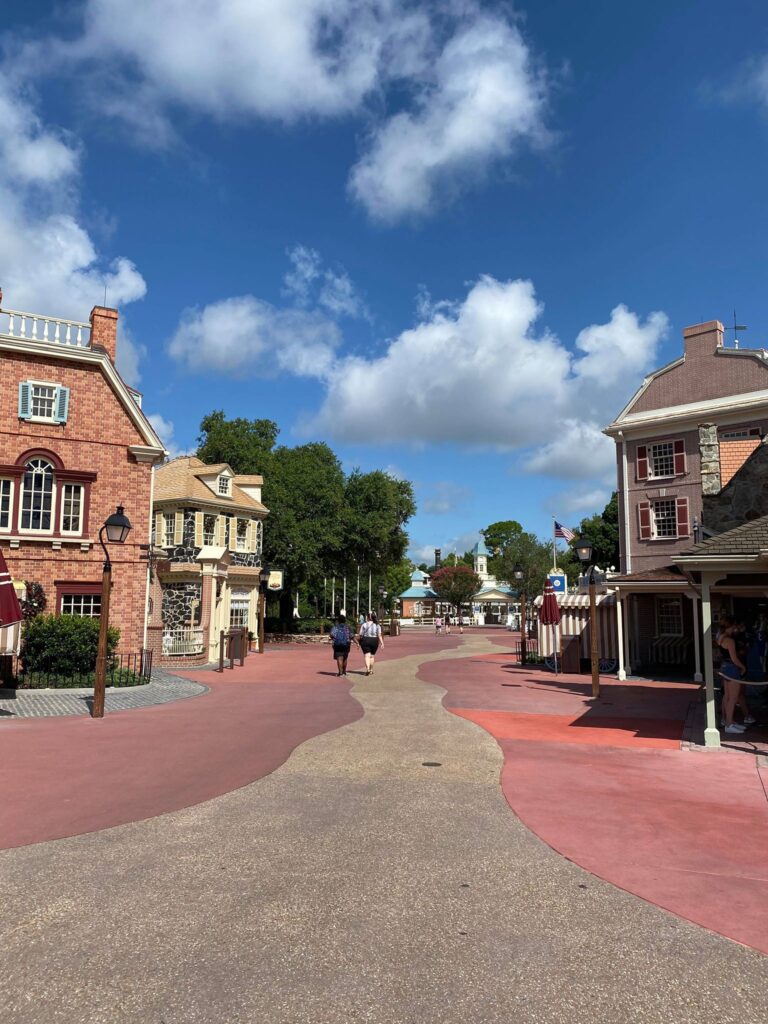 The Gradual Return to Normalcy

By the holidays of 2020, society had accepted the pandemic and appropriate behavior. Of course, nobody liked it, but we knew how to act.

As such, Disney could gradually roll back some of its COVID-19 restrictions to provide a better park experience. 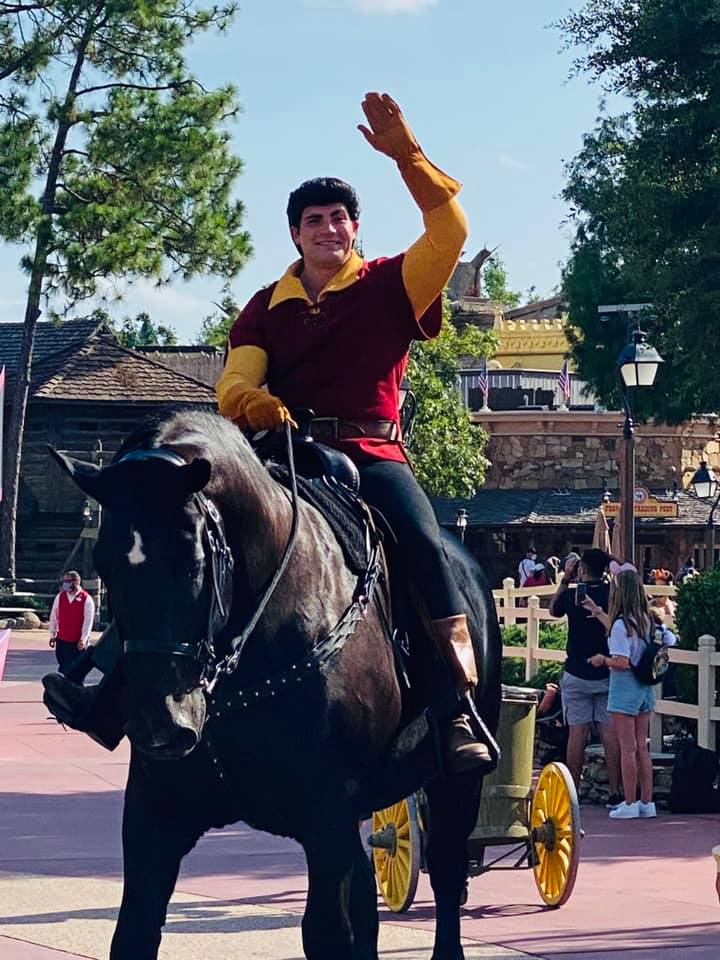 The first significant one occurred on January 1st, 2021. On that date, Disney restored Park Hopping, the most glaring omission until then.

For the first six months after the parks reopened, guests could only visit the place where they held a Park Pass for that day. 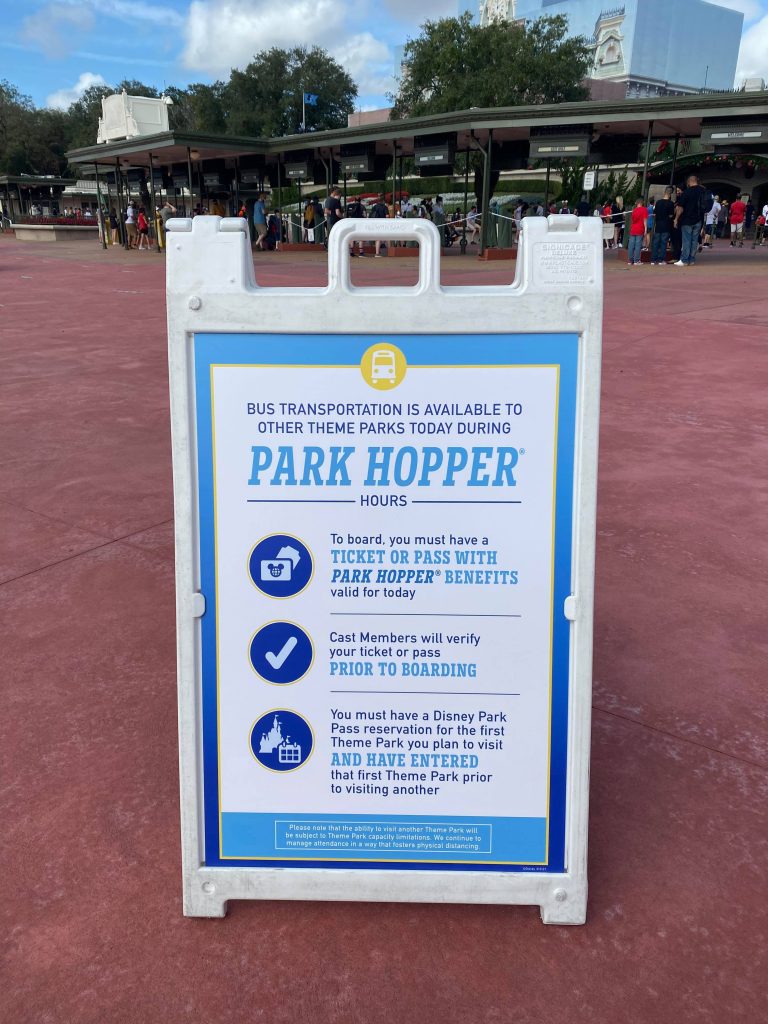 Yes, that felt restrictive and forced park veterans to reevaluate the best visitation strategies during the pandemic era.

Within weeks, the situation changed from grim to tolerable to…shockingly good.

As I mentioned in talking about Disney’s insane first half of 2021, the seminal event occurred on April 2nd.

On that date, the CDC removed most of its COVID-19 restrictions. The organization declared that vaccinated people could go back to the way things were.

Despite frequent communication between the two parties, this news caught Disney somewhat off-guard.

The parks would need another few weeks to change many of their policies. However, nobody cared.

After all, we’d waited more than a year. So, what was another couple of weeks? 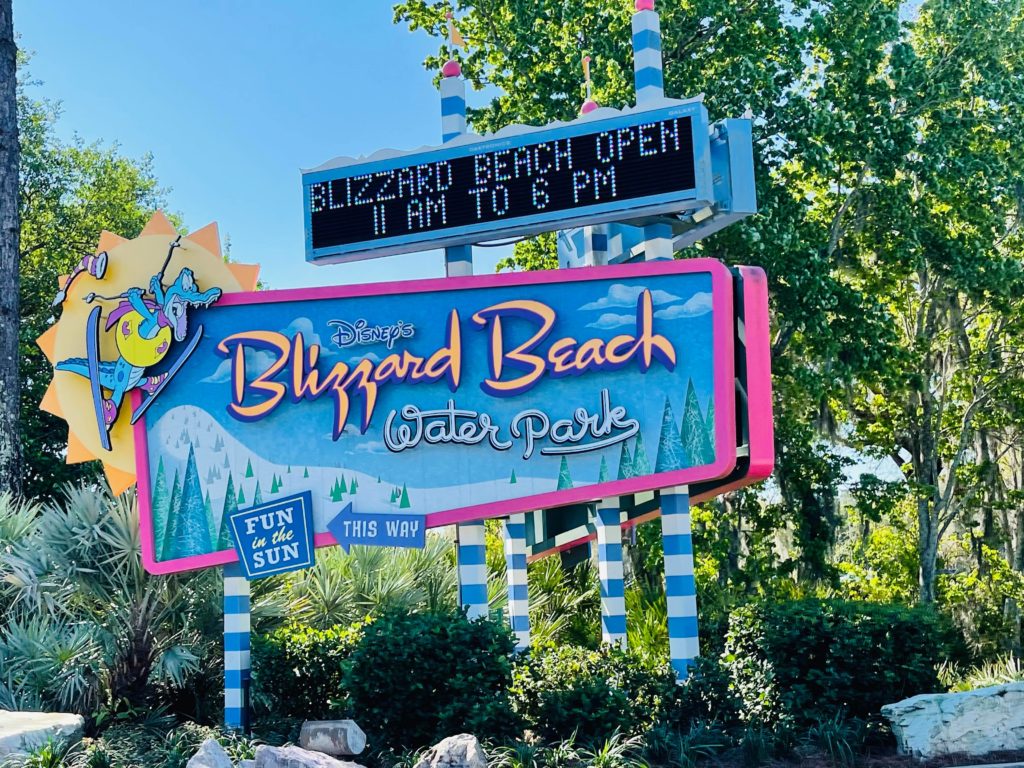 Besides, Blizzard Beach had already reopened on March 7th, and the Tomorrowland Transit Authority PeopleMover was only three weeks away from its return.

We all knew that the pandemic had ended almost anticlimactically. The return to normalcy at Walt Disney World felt like a mere formality. 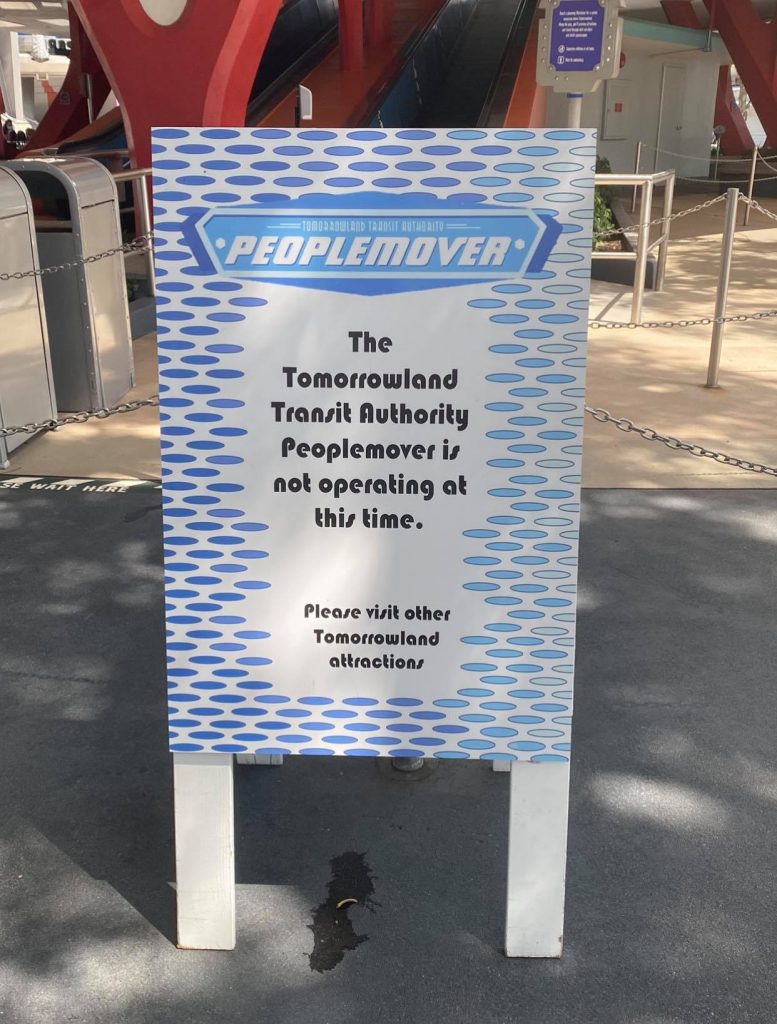 In fact, some people missed aspects of the face-covering requirements. For a brief time, face masks turned into a fashion choice at Walt Disney World!

What We Learned about Disney during the Pandemic

Now that COVID-19 numbers remain mostly under control, we can look back and evaluate how Walt Disney World handled its greatest challenge to date. 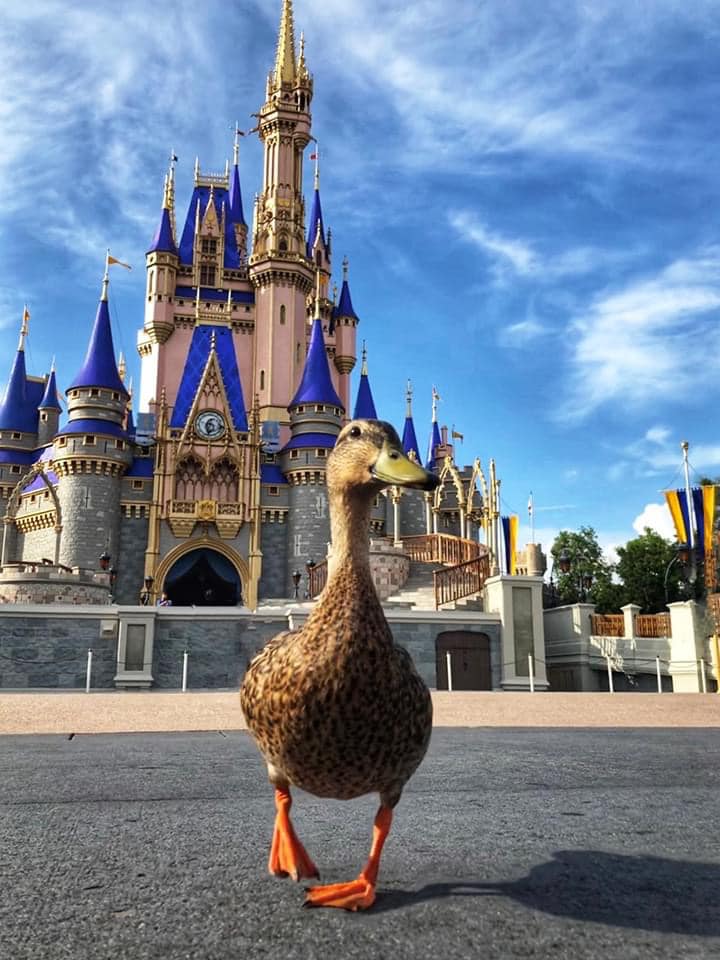 To appreciate Disney’s dilemma fully, you must understand that the parks have fully closed for only a handful of days over the past 50 years.

A three-month gap between park operations would have seemed impossible at the start of 2020, yet that’s what transpired.

When Walt Disney World finally reopened, it faced unprecedented challenges. Those include: 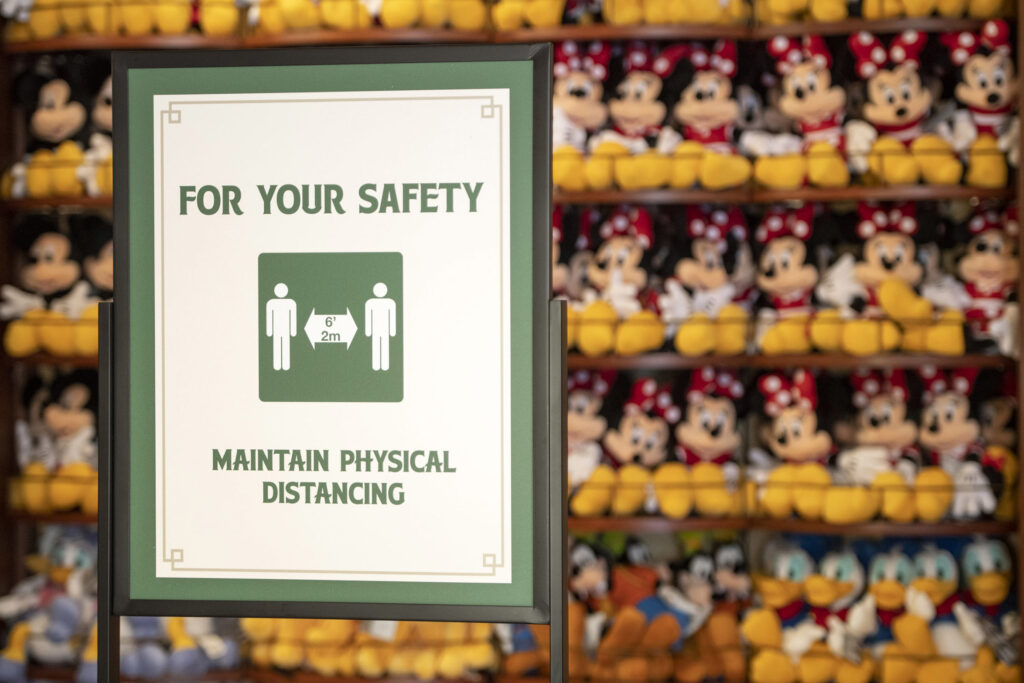 I could go on and on here, as these four aspects barely scratch the surface. Still, we can draw conclusions based on each one.

Disney couldn’t utilize a full complement of cast members throughout its first year. Even now, the parks suffer from staffing shortages.

Despite these frustrations, Disney has operated efficiently and maintained a profit.

However, that statement only tells part of the story. Cast members also had to enforce temperature checks and mask-covering rules, which damaged morale but kept people safe. 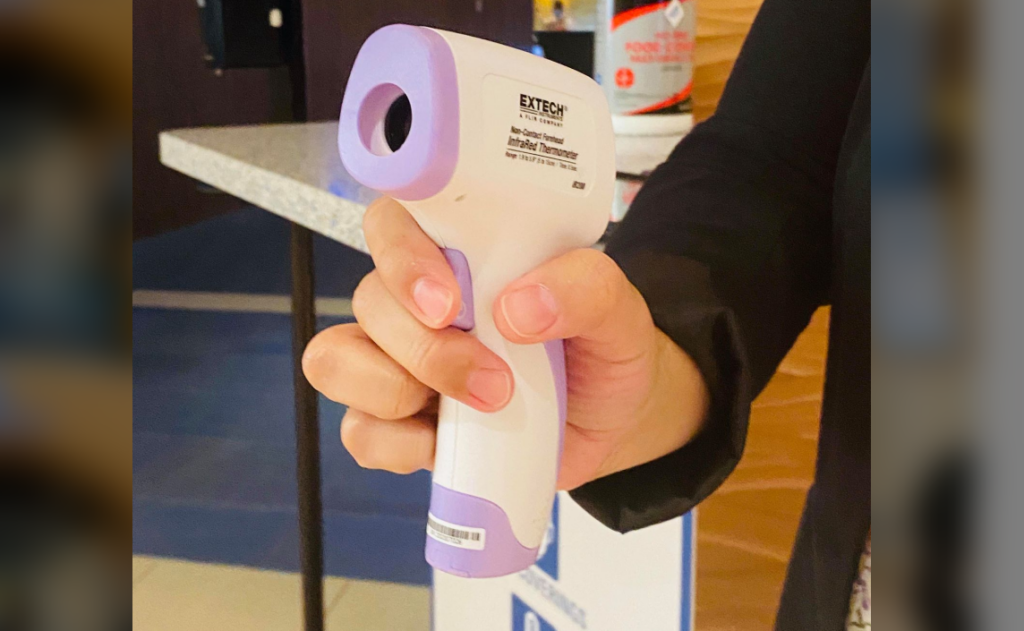 In that regard, Disney aced its most crucial test. While some positive cases occurred at the parks – it would have been impossible to avoid them – no outbreak took place.

For a time, Walt Disney World represented one of the most sizable public gatherings on the planet. So, that shouldn’t have been possible.

Along the way, Disney proved that it was adaptable and agile, implementing entirely new practices for the benefit of everyone…while still remaining financially stable! 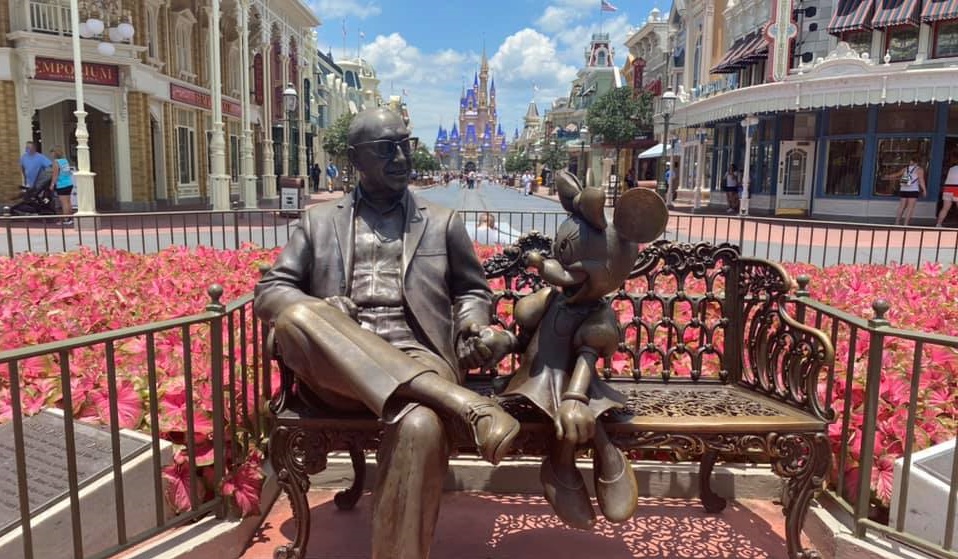 Walt Disney World somehow experienced the worst year that it will ever have and still came out the better for the struggle!

If anything, these past 12 months proved once and for all that Disney is the greatest!