All Aboard the Wildest Ride In … Napa?

Hold onto your hats and glasses, partners, ’cause the Little Thunder is a’comin’ on August 7!

Yes, the team responsible for creating the Alpine Escape in their backyard last year are at back at it. This time around, they’re creating a backyard coaster to pay tribute to Disneyland’s Big Thunder Railroad.

LaRochelle is currently pursuing his master’s degree in architecture at Clemson University. Instead of doing an internship, he’s applying his imagineering genius to building the Little Thunder. 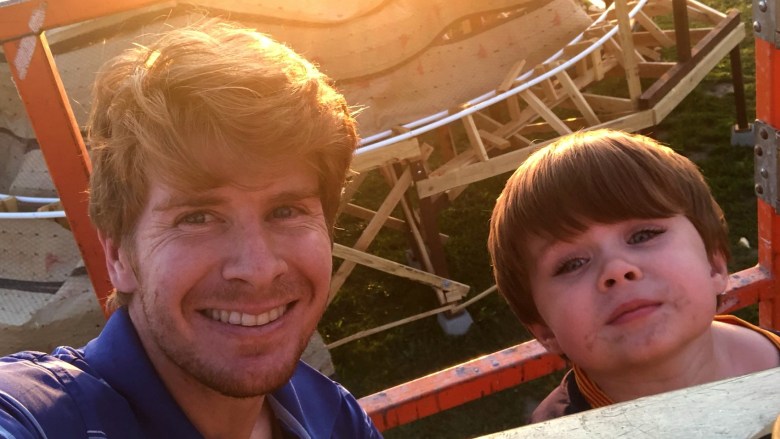 Luckily, he’s got supportive parents who are letting him build his dream in their backyard.

The new attraction has taken eight months to build and cost $15,000.

LaRochelle shared with the OC Register the ride specs: 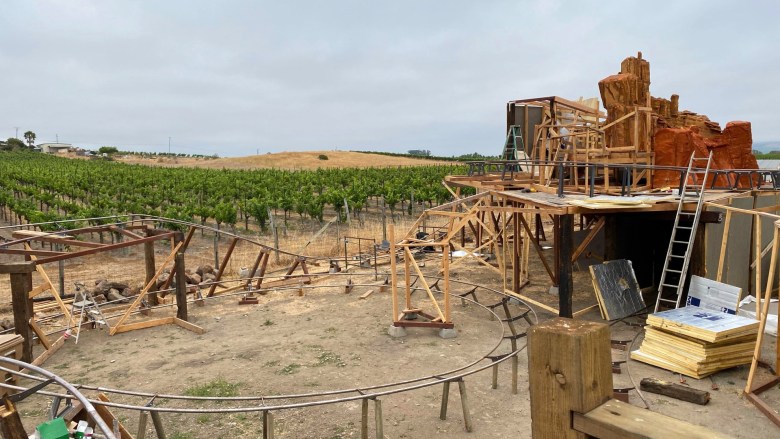 The 14-foot-tall Little Thunder will feature a lift hill, 8-foot-drop, banked turns and a helix over 750 feet of track. The two-foot-wide track is 50% wider than Alpine Escape.

The 2 1/2-minute experience includes a dark ride-style show element in the middle followed by a compressed air launch that sends the coaster carts hurtling from zero to 25 mph in 1.2 seconds.

The three-car coaster train includes a locomotive trailed by a pair of mine car-style carts each carrying a single rider. 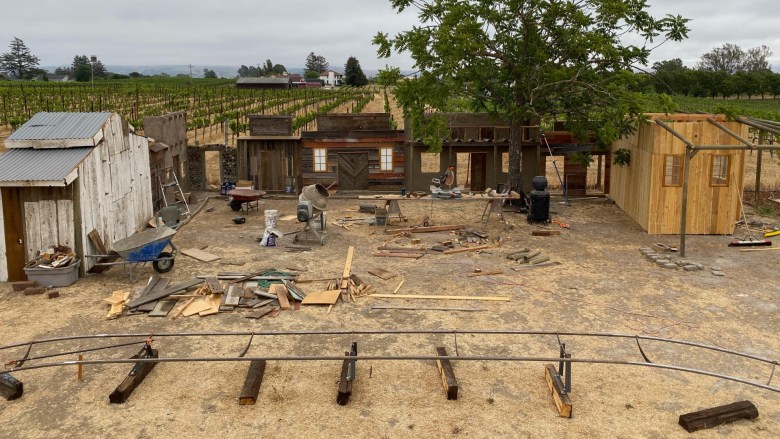 The Little Thunder backstory involves a deadly outlaw gang that has taken over an Old West town and the nearby gold mining operation. Riders are deputized before boarding Little Thunder and heading into the mine to render justice.

The animatronic leader of the outlaw gang is waiting inside the mine for a showdown in the dark ride portion of the coaster.

Each mine cart is equipped with a lantern and a pistol for the interactive portion of the ride. Riders are forced to make a life or death choice as part of the backstory.

The show elements will include lasers, geysers, light sensors, fog machines, air pistons and maybe even a dynamite-chewing goat as an homage to the original Big Thunder Mountain Railroad.

To bring the vision to life, LaRochelle enlisted 60 collaborators to build the Little Thunder.

His dad is an engineer and helps out on weekends. His brother is working on the cart assembly. The train car was built by a friend.

His sister designed the town. She’s studying to be a historic preservationist, so the buildings are built using historic methods.

Little Thunder thanks to Tony 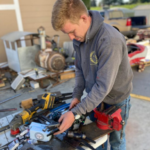 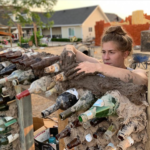 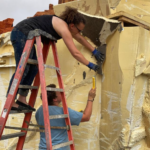 The Old West Town that will serve as the backdrop for the ride will be named for Tony Baxter. You know Tony as an Imagineer – and he’s the Imagineer who designed and oversaw construction of Big Thunder Mountain Railroad at Disneyland.

This is the last of the backyard coasters that LaRochelle plans to make. After the ride is up and running he’s going to focus on finishing school. Then he plans to move with his family to Florida where he hopes to work in the themed entertainment industry.

Maybe we’ll get to see his next attractions on a bigger scale?