We’ll talk about these changes and provide some information about upcoming Disney Wish amenities in this week’s MickeyBlog News!

In reading the comments, we know that many of you have missed several Disney resorts that have yet to reopen.

Specifically, you’ve frequently asked for updates about the Port Orleans locations. Well, after a year without any news, we finally know when they’ll return!

So, by December 9th, all Walt Disney World resorts will return to operation, ending the 21-month nightmare that was Coronavirus.

Reservations have already started for these four resorts. You should speak with a MickeyTravels agent immediately to increase your odds of getting a room.

I’ve done some light checking into resort availability during the second half of 2021. The demand for Walt Disney World resorts appears extreme.

You really do need to act quickly to ensure that you can visit between now and the end of 2021. Otherwise, you risk getting shut out.

In one other minor resort update, the lobby at Disney’s All-Star Movies Resort will undergo renovations this week. Unfortunately, it’ll remain closed until the fall. 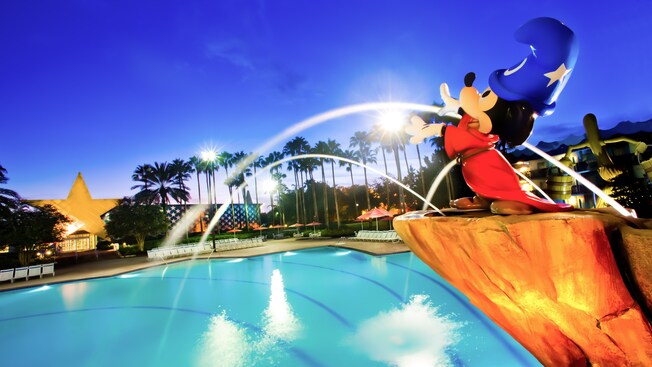 Disney has similarly shuffled several of its restaurant plans for the rest of the year.

MickeyBlog readers already know that ‘Ohana has come back after a 16-month absence. Moreover, we can confirm that those noodles taste better than ever! 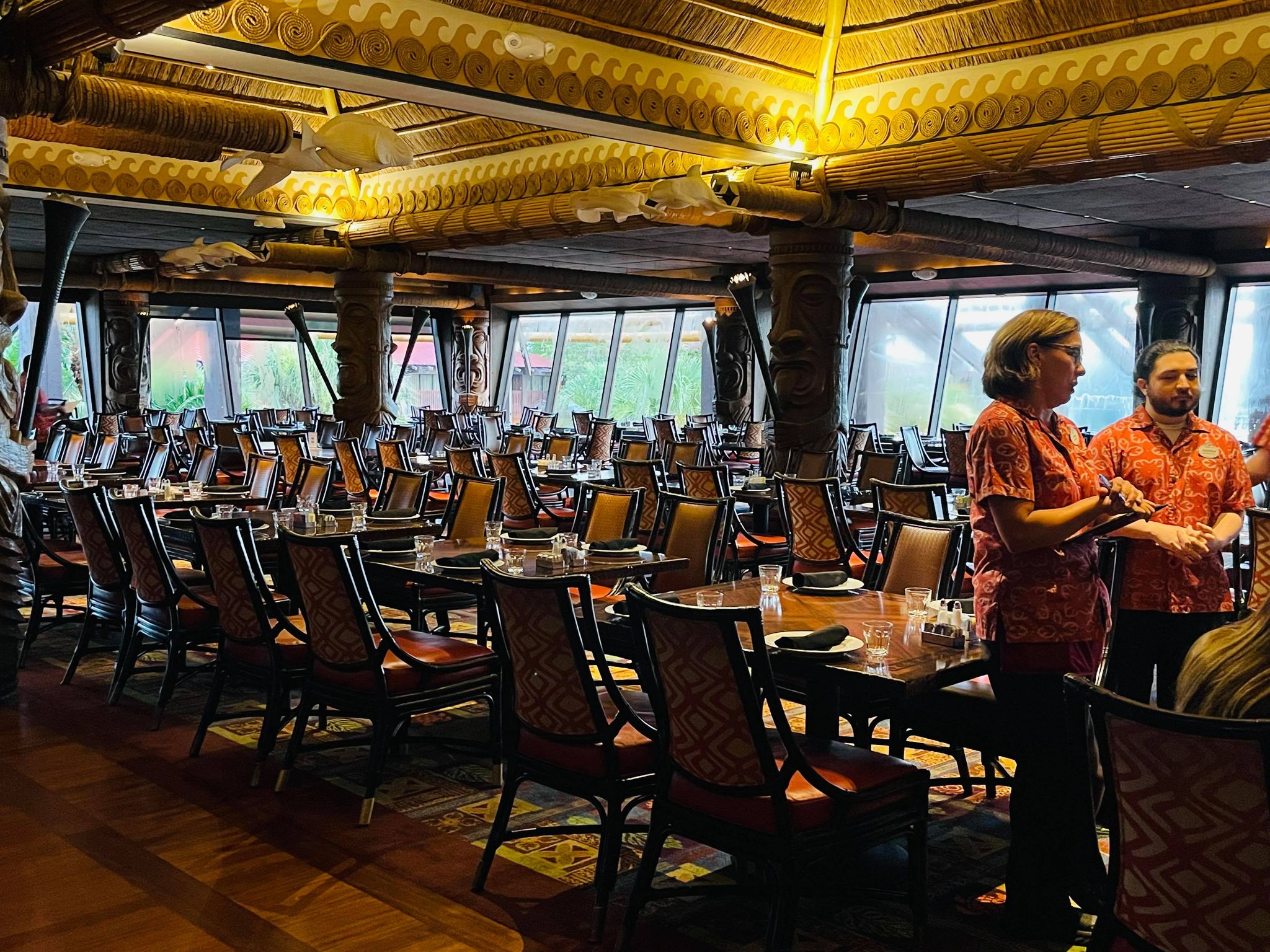 However, Disney’s doing plenty more to make your next meal unforgettable. 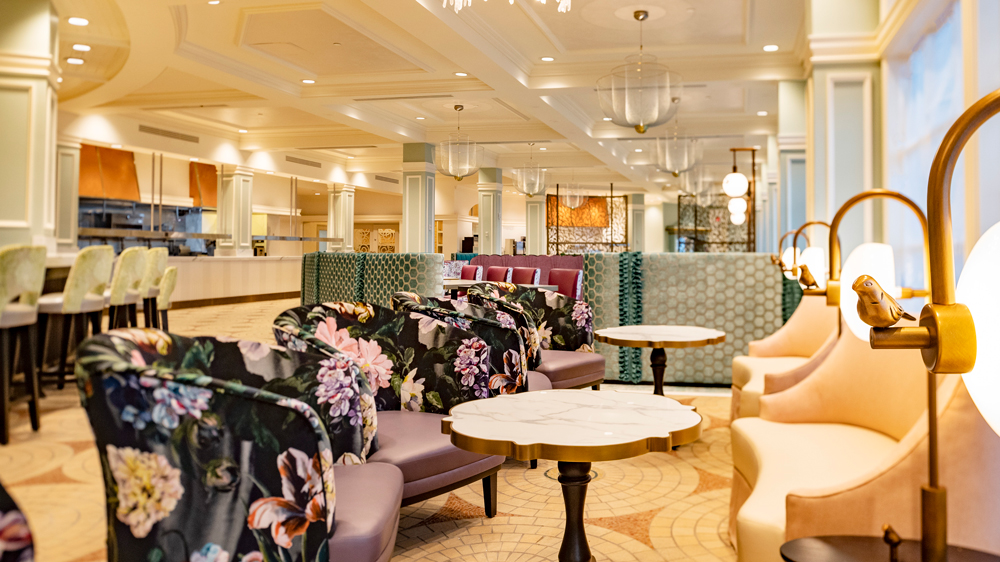 I should mention that some fans sound irritated over management’s decision to remove the popular Fried Chicken dish from the Trail’s End menu, though. 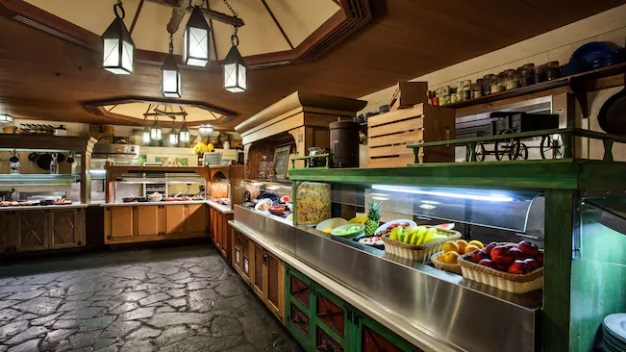 At Disney’s BoardWalk Inn, the Belle Vue Lounge should have reopened by the time you read this, giving you three updated dining options this week!

At Magic Kingdom, Golden Oak Outpost has returned after a prolonged absence as well.

Meanwhile, California Grill at Disney’s Contemporary Resort will serve as the temporary substitute when The Wave… of American Flavors closes.

Disney will transfer The Wave’s popular breakfast options to California Grill from now until the first-floor space finishes its transformation into a new eatery.

Meanwhile, Sunshine Seasons has ditched Mobile Ordering, which I hope is merely a temporary move.

You may wonder why Disney has chosen this approach. The answer relies on a rollback to pre-pandemic meal service.

At Sunshine Seasons, you order and pay cafeteria-style once again. As such, Disney hasn’t optimized Mobile Ordering for this method yet.

I sincerely hope that Mobile Ordering isn’t gone for good at Sunshine Seasons.

Disney HAS operated Mobile Ordering here in the past – I mean before the pandemic – which means the restaurant could bring it back. 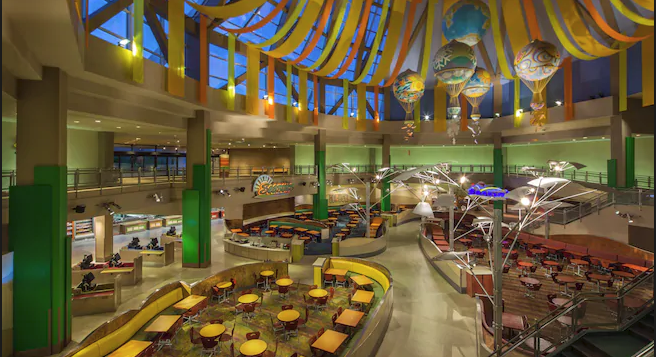 Conversely, two other EPCOT locations have added Mobile Ordering. You can grab and go at Sommerfest at the Germany pavilion and Yorkshire County Fish Shop at the United Kingdom pavilion. 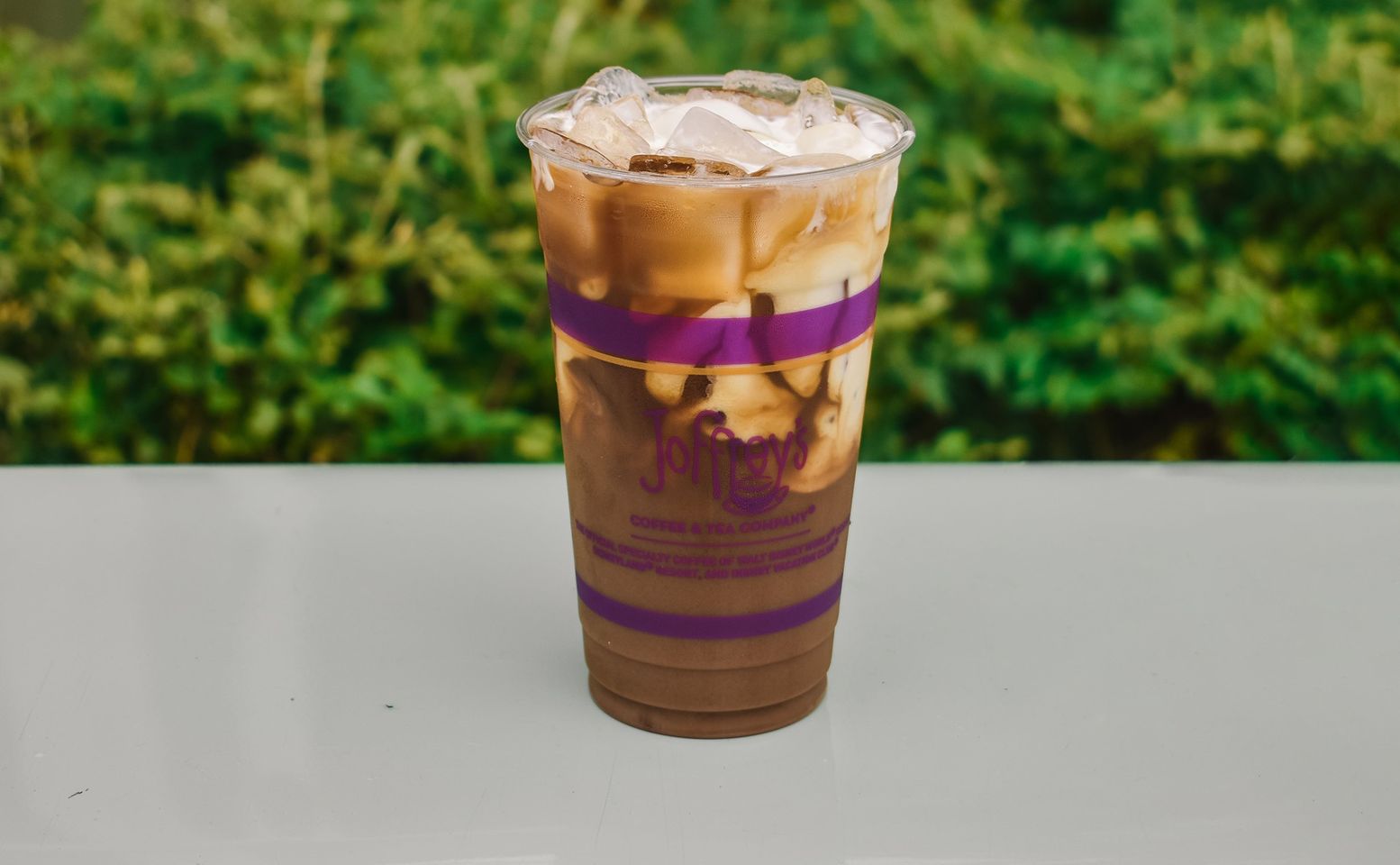 We’ve reached a point where every Disney Quick Service restaurant should participate in this service. It’s nice to know that Disney is taking that approach.

We’ve got tons of park updates this week. For example, Princess Jasmine now appears at the Morocco pavilion at the World Showcase.

Like other current Disney character greetings, you can take your photograph with Jasmine in the background. Unfortunately, face-to-face interactions remain unavailable for now.

We recently witnessed Loki wearing his Time Variance Authority prison jumpsuit. Now, President Loki is strutting around the place, campaigning and mugging for the camera. 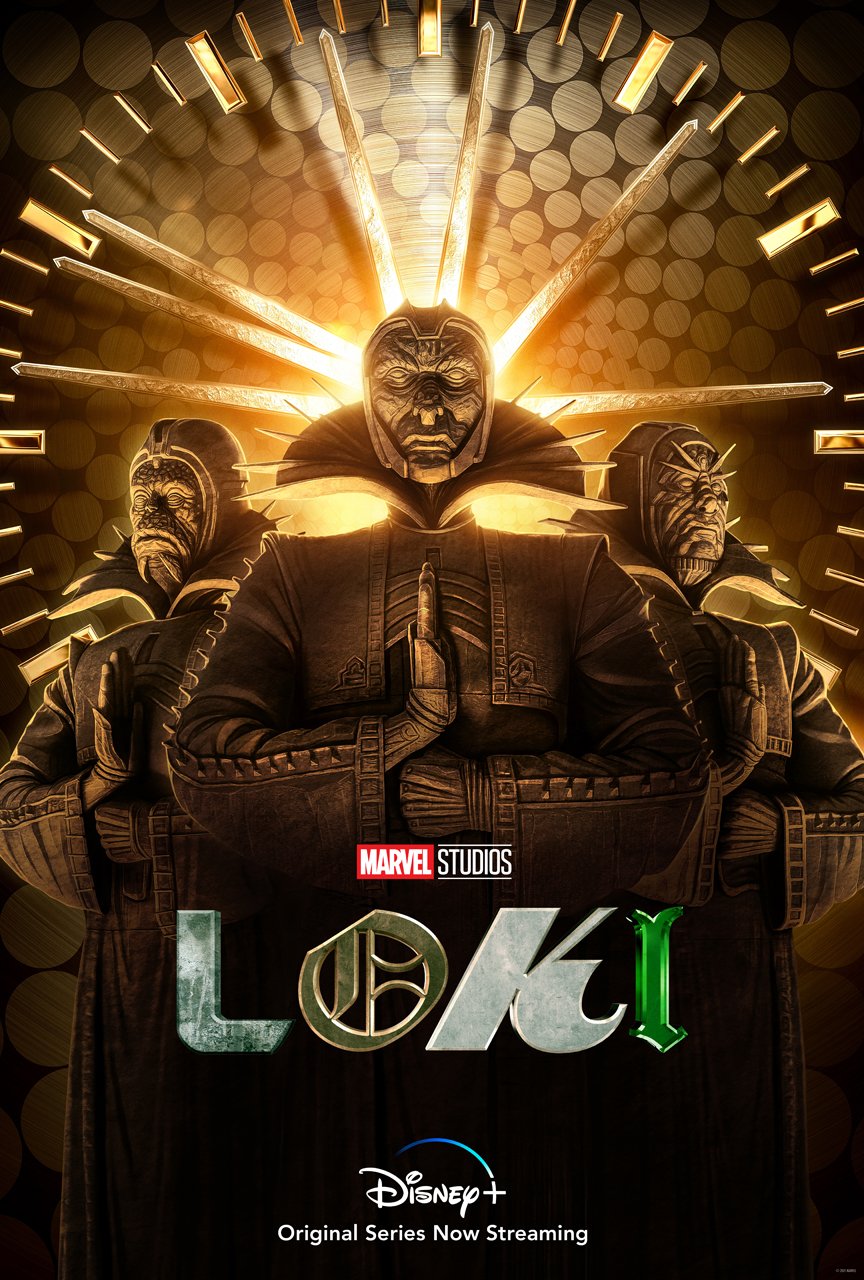 Best of all, neither of these appearances spoil anything from the Loki TV series! Instead, they border on random non-sequiturs, albeit wildly entertaining ones!

DCA also just confirmed that other Marvel character greetings are in the offing. Characters from Eternals and Shang-Chi and the Legend of the Ten Rings will appear this fall. 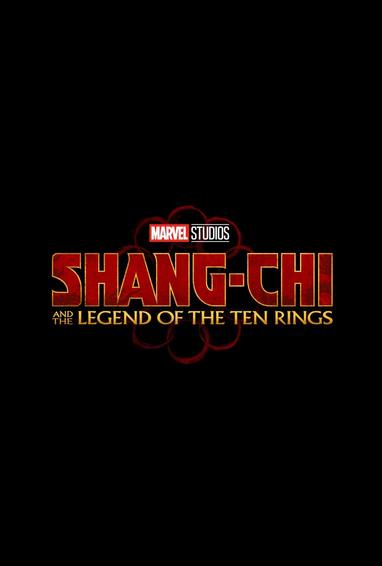 Presumably, we’ll notice the Shang-Chi crew at the start of September, with the various Eternals arriving in November.

I’m expecting Disney to perform the character interactions to hype the release of the movies. However, it’s also possible that they’ll just show up whenever.

We really don’t have a firm playbook for the various shows and performers at Avengers Campus yet. As such, anything is possible.

While we’re talking Disneyland Resort, Haunted Mansion Holiday is official. Disney has posted it on the Disneyland app! 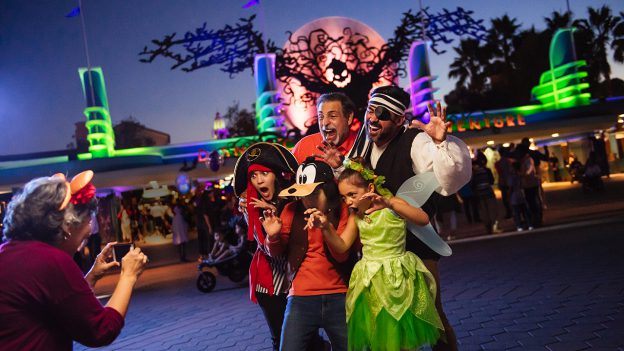 This fall will also witness the return of Oogie Boogie Bash, which will run from September 9th through Halloween.

Tickets start at $114 per person and go on sale on July 13th. Act quickly to avoid sellouts!

PS: If you’re a D-23 Gold Member, you can ride the newly reimagined Jungle Cruise before it opens to the public. 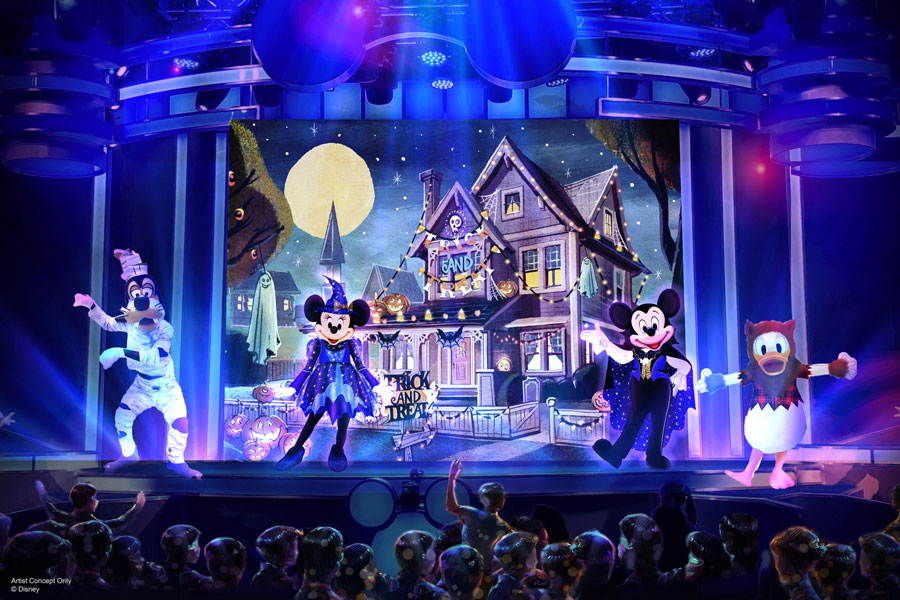 For $75, you show up early on July 16th and ride it before everyone else!

Here’s a hurricane update from last week. Thankfully, Hurricane Elsa weakened dramatically before it made landfall on the Northern coast of Florida. 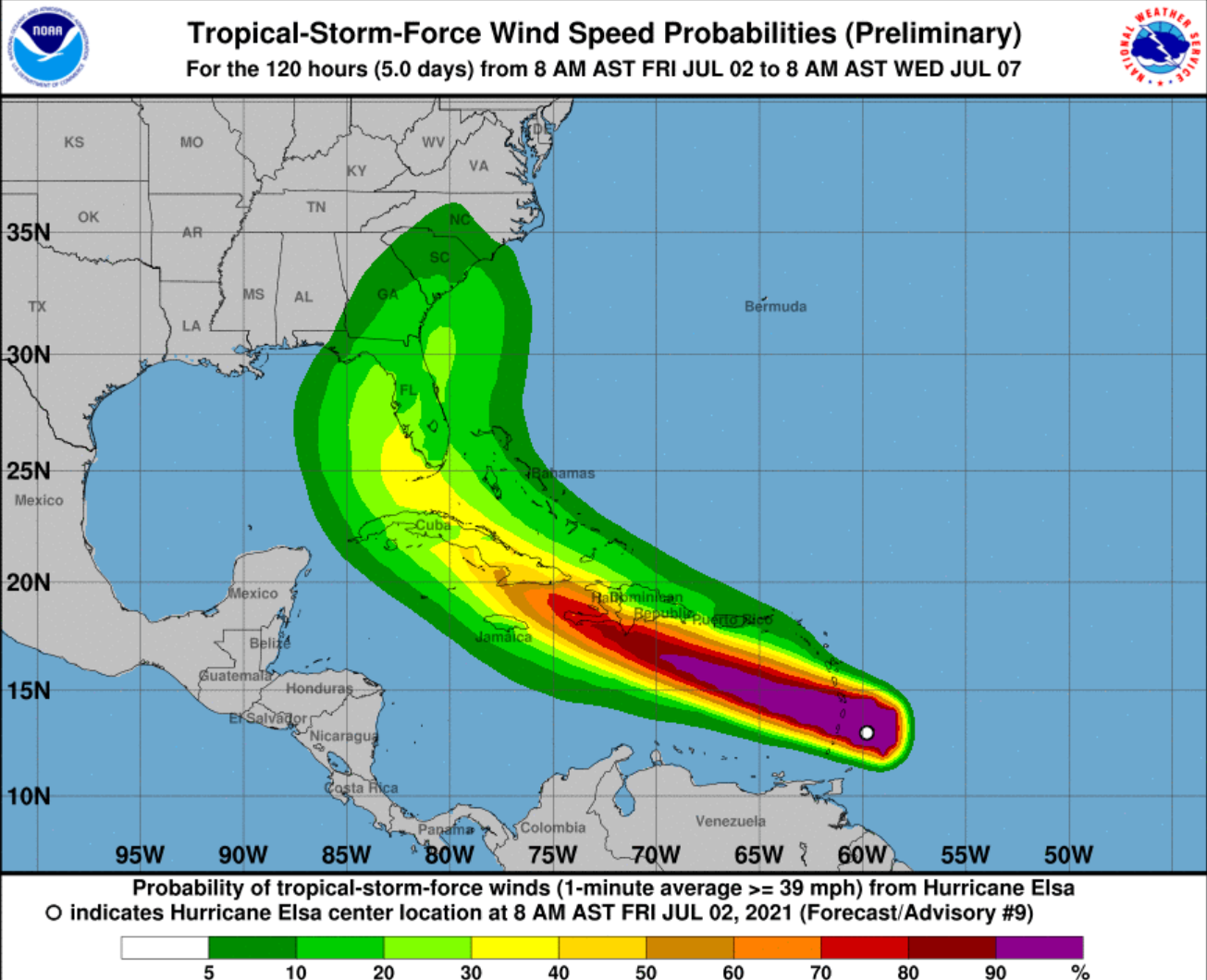 Elsa had already dropped to a tropical storm by then, meaning that the situation never turned dangerous. There were a few companion tornados reported in the south, though.

Meanwhile, we learned more about the Disney Wish, including two new amenities that mirror options at Avengers Campus.

As part of the Worlds of Marvel cinematic dining experience, guests can enjoy the Avengers Quantum Encounter, which looks like it features oversized cupcakes and other food goodies. 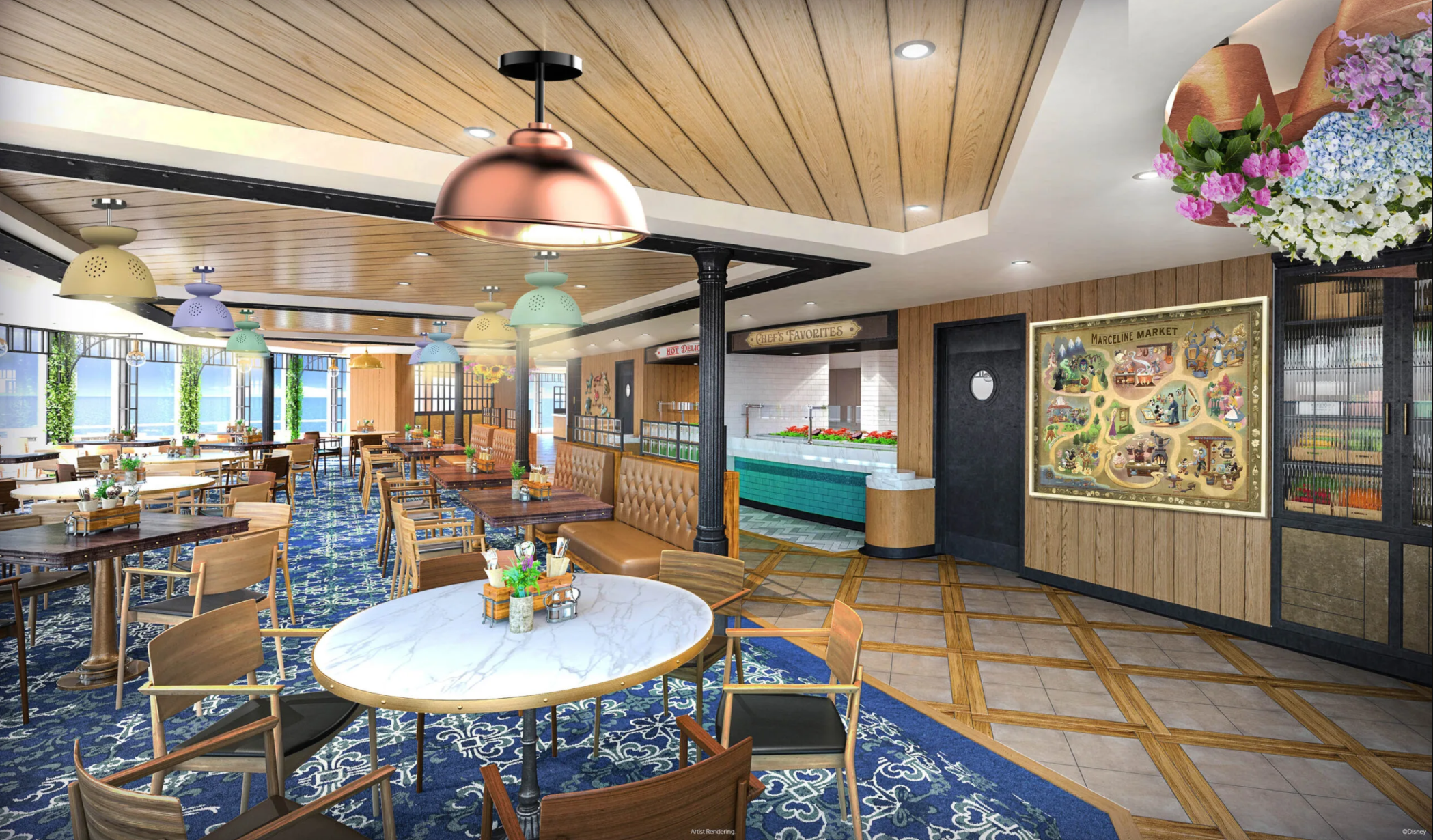 At Marceline Market, Disney will theme ten food stalls to various characters from Tangled, Zootopia, Ratatouille, and others.

The Disney Wish sounds like it’s going to be special. Remember that you can still book one of the earliest cruises on Disney’s next signature ship! 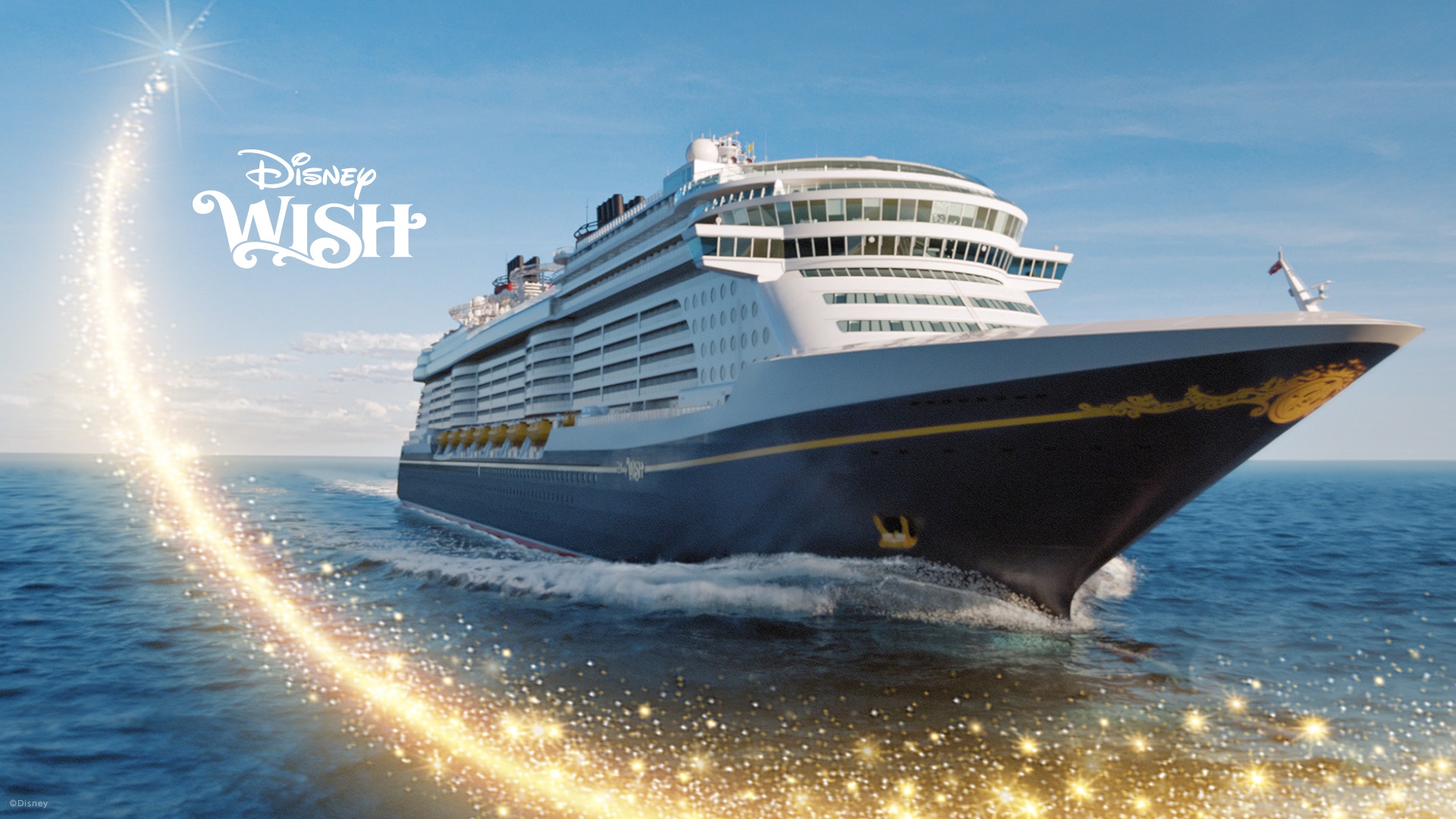