If you’ve been following along with us here at MickeyBlog you’ll know that as part of Disney World’s 50th Anniversary celebration the theme park announced that they will be giving 50 do-gooders a free trip to Walt Disney World as part of their Magic Maker program.

We are pleased to announce that the first Magic Maker has been selected and he’s a cast member at Aulani! Nate Rhodes is a Banquet and Event Services Director at Disney’s Hawaiian getaway and is being honored for making a difference in his community on the island of Oahu.

In the video below, you can watch as Nate is surprised by Disney chairman Josh D’Amaro!

“We have unbelievable cast members who embody our Disney values – going above and beyond for our guests, as well as their friends, neighbors and larger communities,” said Josh. “Nate is one of these selfless Magic Makers who is going out and changing the world – and that’s what this program is all about.”

Nate has worked at Aulani for the past seven years and has earned a reputation for his fun-loving, positive personality.  His colleagues also said that Nate is always willing to step in whenever he is needed. It is this desire to help that let him to volunteer with the Boys and Girls Club Hale Pono Clubhouse in ‘Ewa Beach where he currently serves as an active board member. 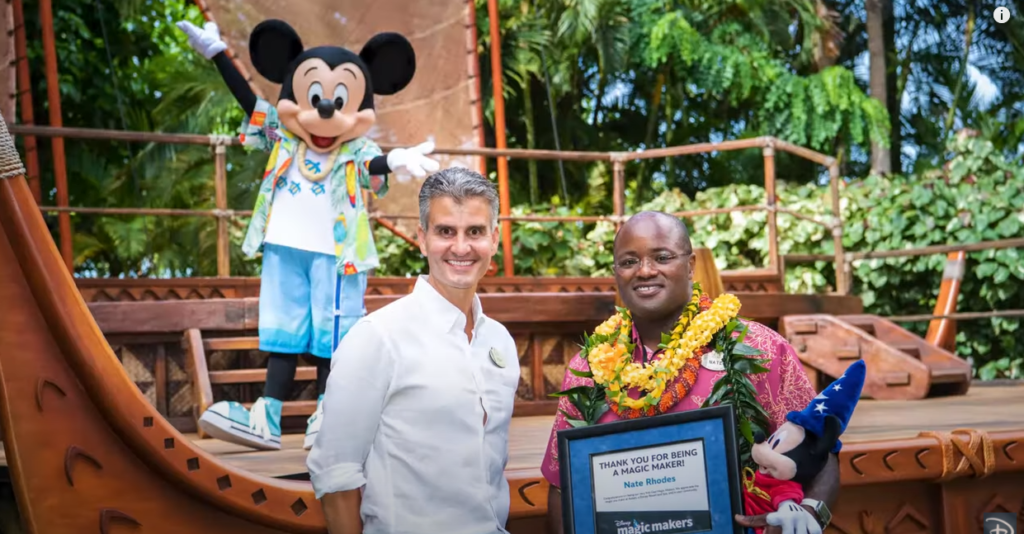 Even though the pandemic meant that the boys and girls club had to physically close, that didn’t stop Nate who aided in daily meal distribution to all club member families. He also played an integral role in setting up online programming and educational resources.

Nate also got other Aulani cast members to help him in his volunteer efforts. Aulani Ambassador Alyssa-Lende had this to say of Nate’s effort, “As a young girl, I participated in activities at Boys & Girls Club Hale Pono Clubhouse, and still today live in that community.” Alyssa.continued,  “Personally, I appreciate Nate’s dedication to making a difference in a community that I grew up in. I love witnessing how his hard work brings so much joy, happiness, and magic to the people of our community.” 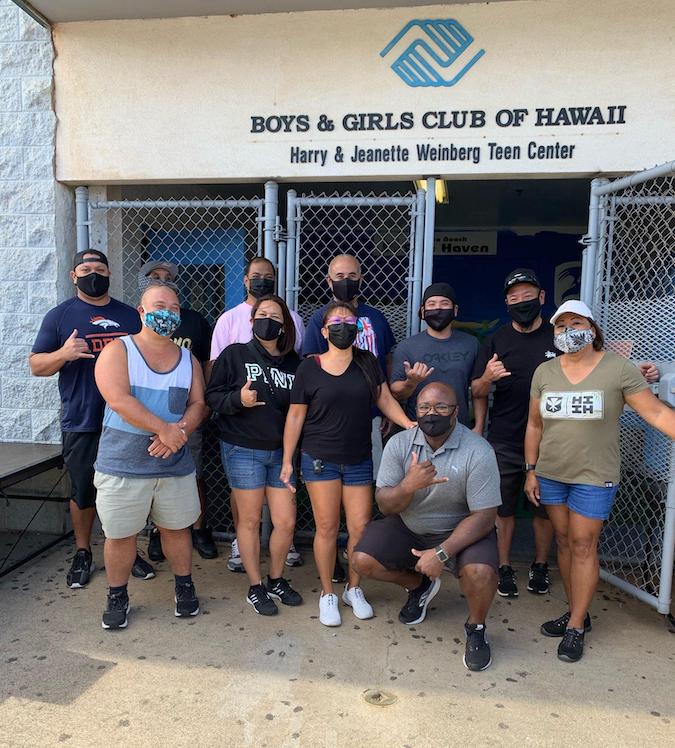 Nate also helps coordinate the Boys and Girls Club largest fundraiser of the year- an annual golf tournament.  He also donates his personal time to improving the club like the time that he noticed the club’s landscaping needed maintenance and helped get lawn equipment donated.

This is just one of 50 Magic Makers that will be awarded with a FREE Disney getaway in the lead-in to Disney World’s 50th Anniversary Celebration that kicks off on October 1st.  If you know a Magic Maker, you can nominate them as long as they are 13+ and are a U.S. resident.

Readers are encouraged to keep following along with MickeyBlog for updates and other Magic Makers!