A few weeks ago, I admitted my bias about Walt Disney World restaurants and decided to let somebody else try.

I listed the best Walt Disney World restaurants according to TripAdvisor. Well, the same situation applies to hotels.

No matter how hard I try to remain unbiased, my love for Disney’s Polynesian Village Resort will always be transparent.

So, I’ll take a different approach. Here are the top eight Walt Disney World resorts, according to TripAdvisor. 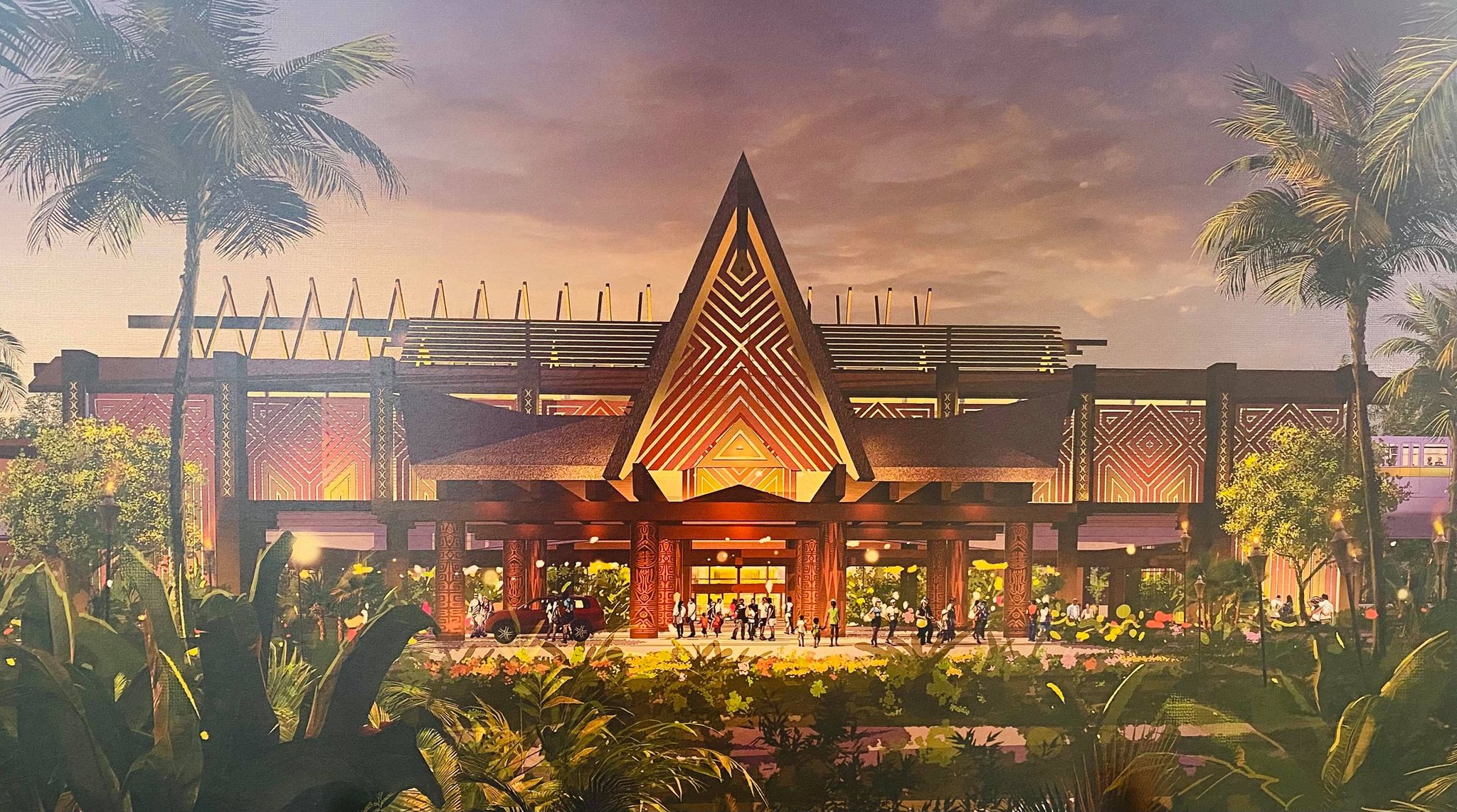 Note: the Polynesian doesn’t make the list. So, these people are now my sworn enemies.

You can already tell that up is down on this list by this ranking. Park officials take pride in the fact that the Grand Floridian embodies upper crust Disney amenities. 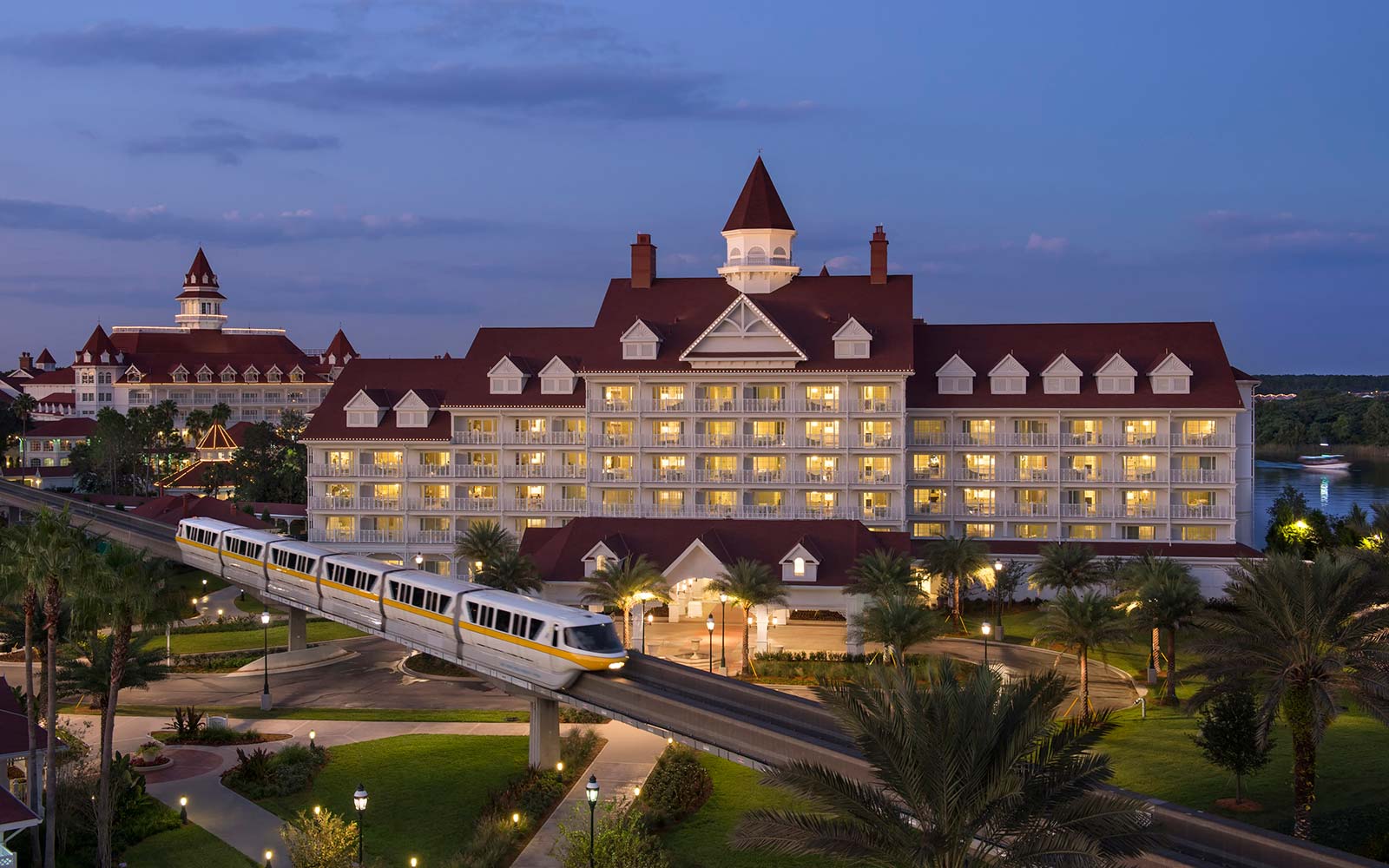 When you stay here, you gain monorail access from the hotel lobby, which is also exquisite in its own right.

Disney recently added a Beauty & the Beast-themed bar here on top of the already staggering number of high-quality restaurants.

For more than 35 years, the Grand Floridian has stood as the best that Disney has to offer. 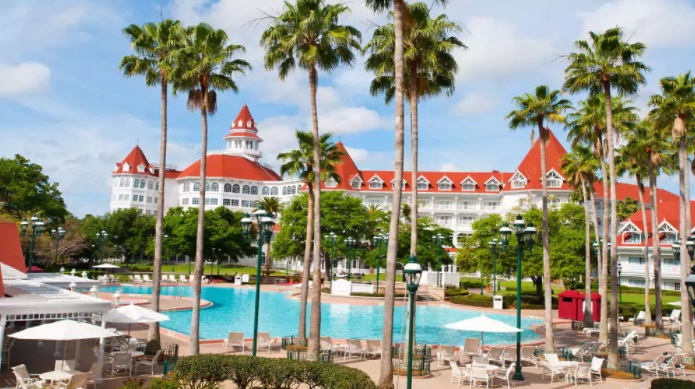 It speaks to Disney resorts’ depth and overall quality that voters believe that seven other places are better.

Over the years, Disney has mastered the art of the vacation within a vacation.

Park officials know that a trip will come with fatigue. Disney theme parks are massive, and you’ll spend hours happily roaming through them.

Once you get back to the hotel, you want to relax. That’s why several properties borrow ideas from classic family vacations of yesteryear.

At Old Key West, you’ll feel like you’ve traveled back in time to the days of Ernest Hemingway. You’re staying at a place that pays tribute to that era at Key West.

You’ll feel like you’re at the beach…but, as you’ll see, not the BEST beach at Walt Disney World.

Of course, Orlando doesn’t have any beaches. That’s how good Disney is at theming and immersion. They’ve built multiple facilities that simulate beaches plausibly.

Some amenities matter more than others. To many Disney fans, the Contemporary offers the best one of all. 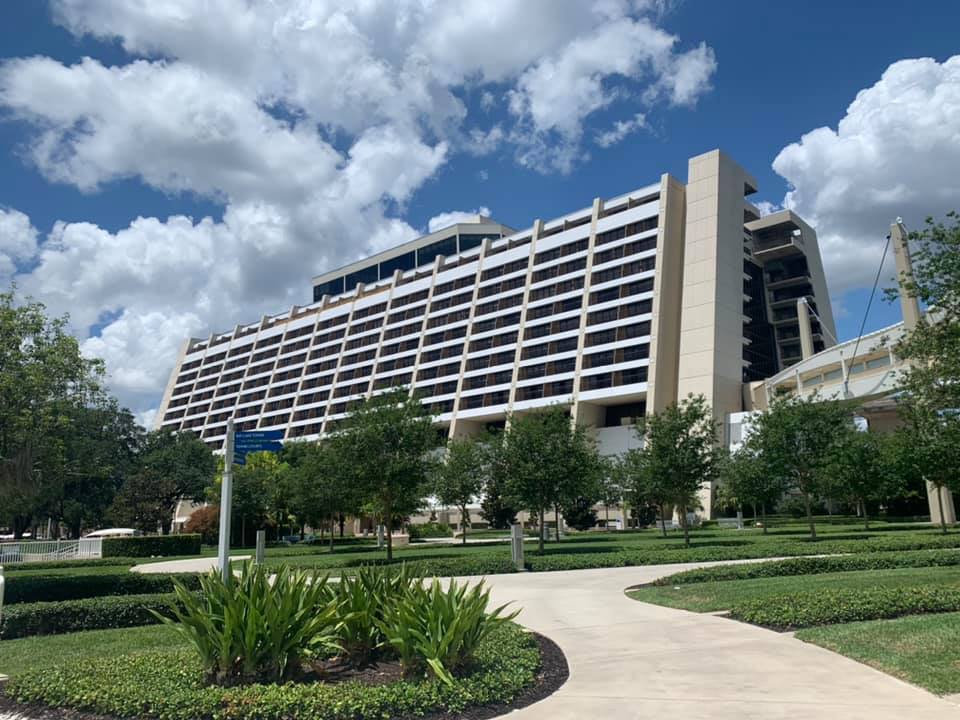 This resort resides only 10 minutes away from the front gate at Magic Kingdom, and that’s by foot!

Since Walt Disney World’s opening day, the Contemporary has operated a monorail station near the Grand Concourse, too.

So, you have multiple ways to get to Magic Kingdom quickly. The monorail line connects guests to the Polynesian and Grand Floridian, too. 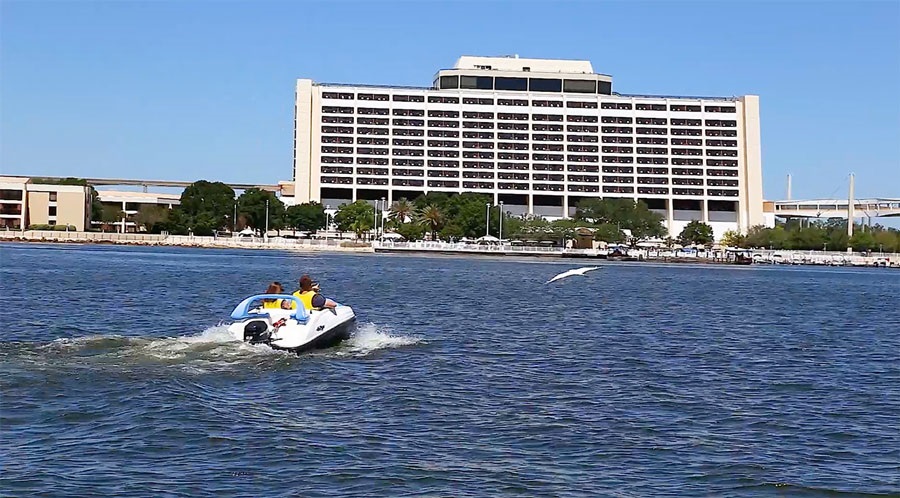 Plus, the Grand Concourse functions as a mini-vacation spot of its own. There are two restaurants, two shops, and one combo marketplace here.

Whether you want a character meal at Chef Mickey’s or a new outfit at Bay View Gifts, the Contemporary has you covered. 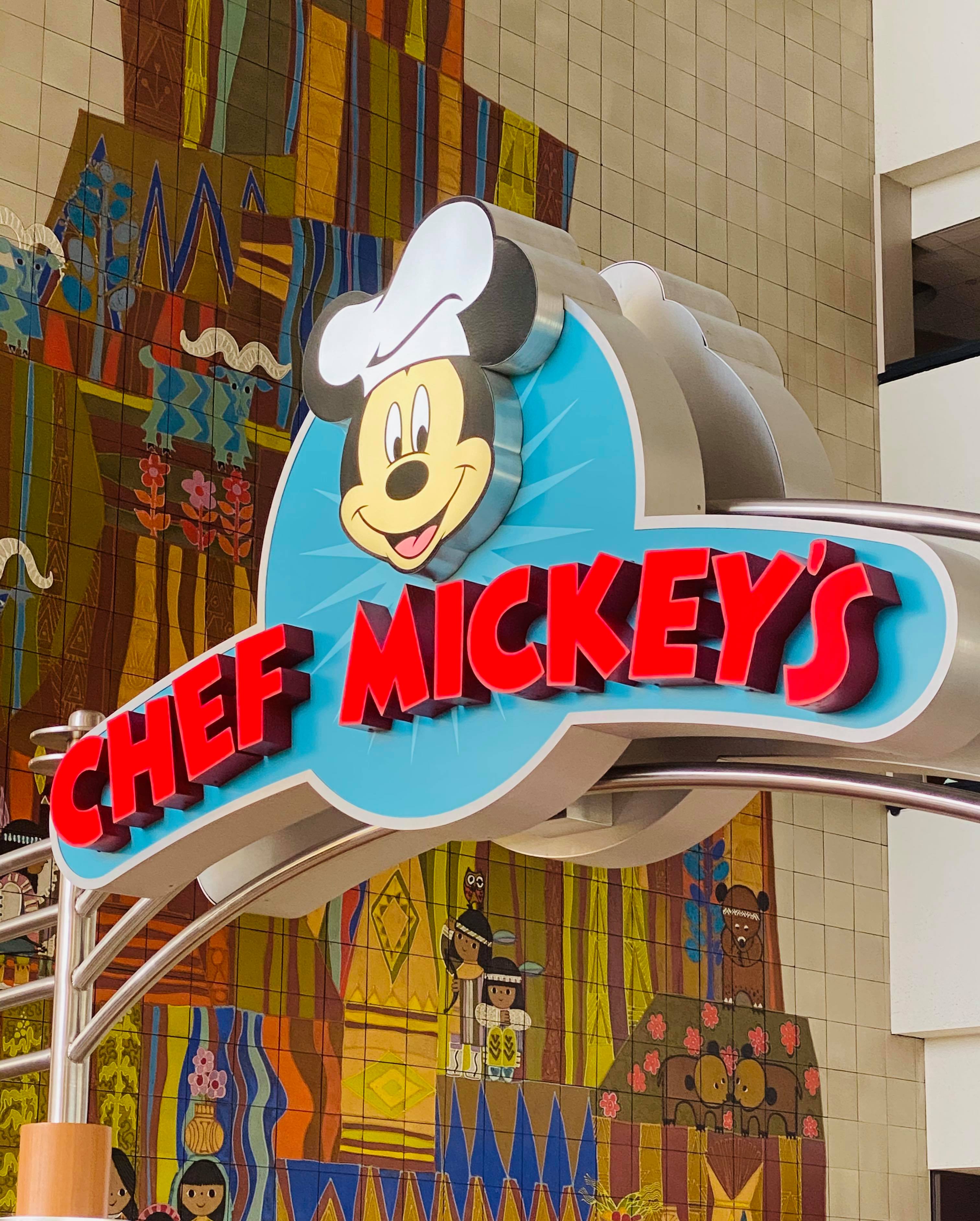 Yeah, Disney does beaches well. This resort even comes with a shipwrecked vessel to reinforce the fact that it’s on an island…even though it’s not. 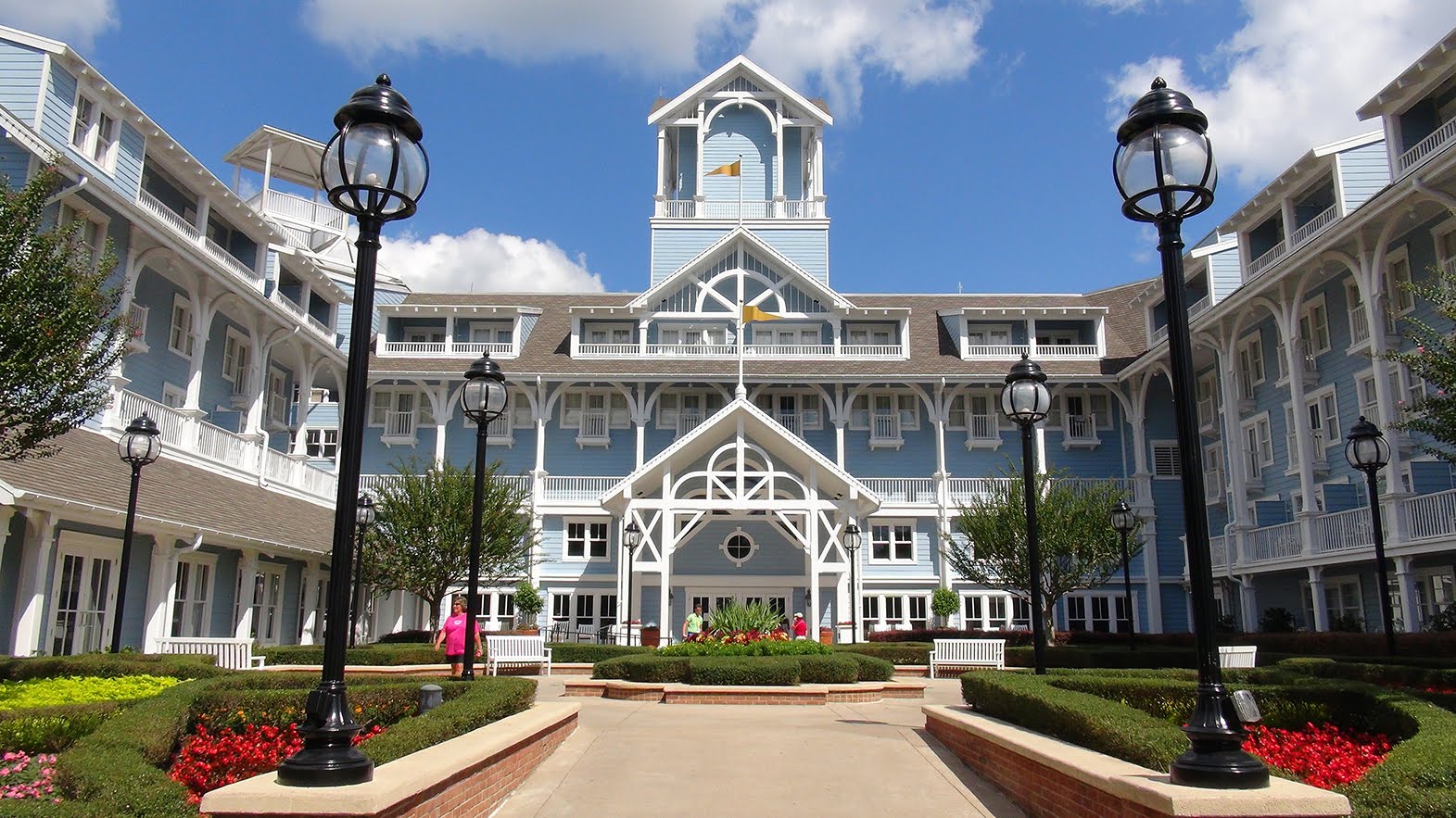 You’ll walk maybe five minutes from your hotel room to the International Gateway.

So, you can leave your room and be in the World Showcase in ten minutes. I’m not exaggerating. I’ve done this.

Now that the Disney Skyliner is in operation, Beach Club connects to Disney’s Hollywood Studios and other Disney resorts as well.

Still, the source of this place’s popularity is Stormalong Bay. This massive pool area includes sand floors to reinforce the beachy feel. 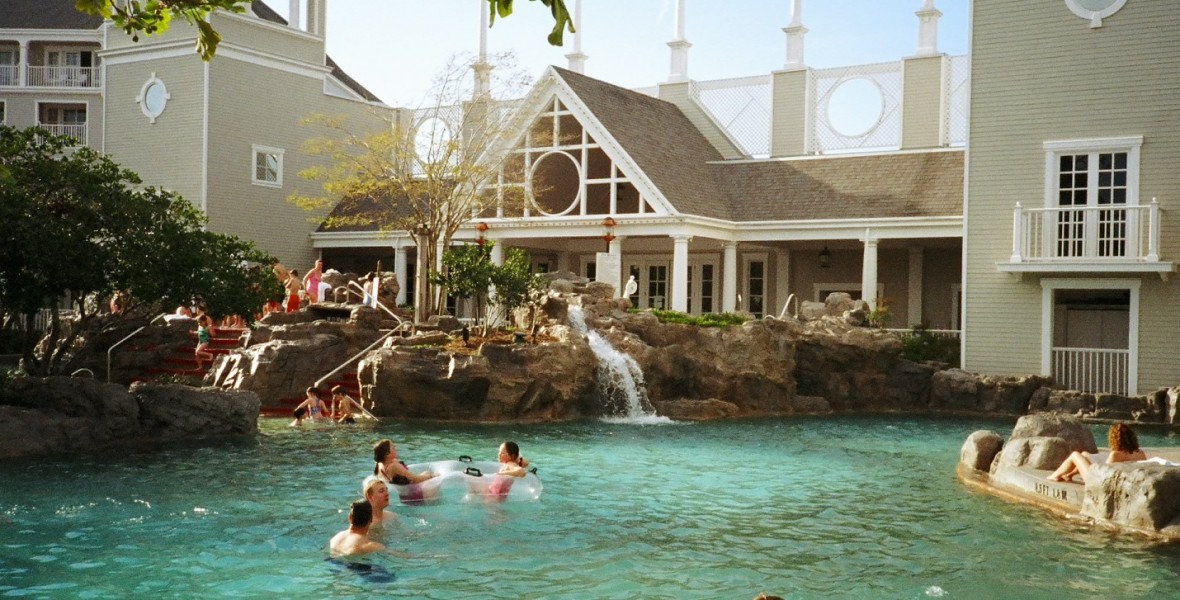 Okay, some of these rankings are self-explanatory. Disney fans adore Disney’s Animal Kingdom because it combines a theme park with a zoo.

Well, you can’t ride Expedition Everest at Animal Kingdom Lodge, but you CAN interact with a bunch of animals. 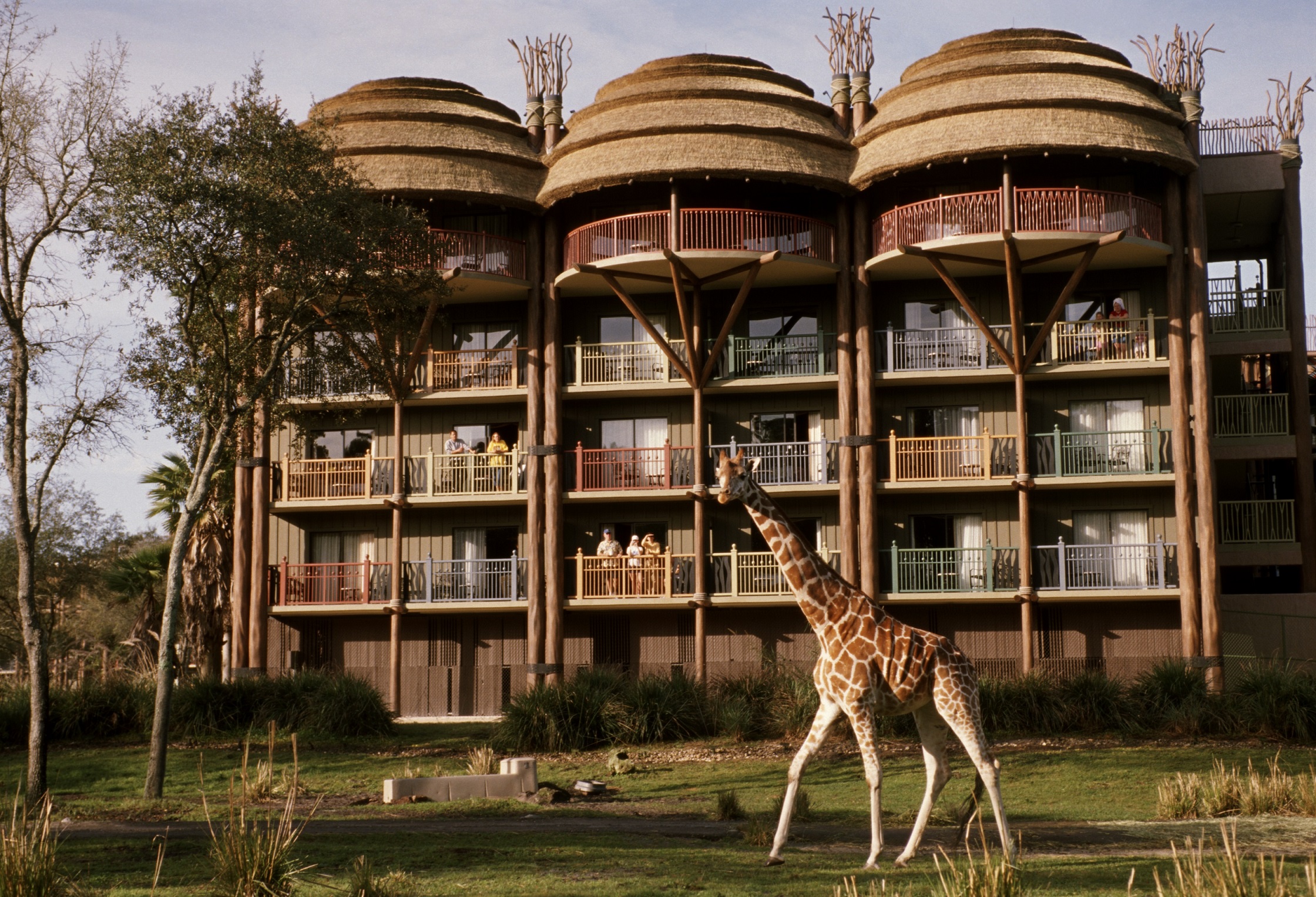 Several species live in the savannahs at the resort. Disney built the resort such that the rooms face these natural habitats.

So, when you book specific rooms, you can watch the animals while you eat breakfast before starting your day! 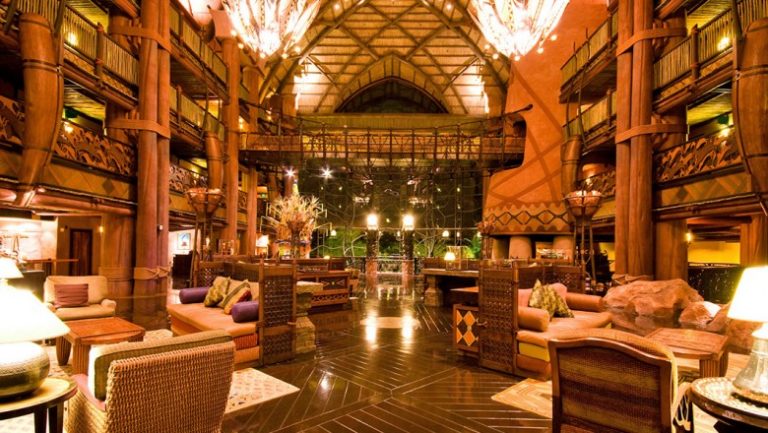 Having done this, I want to pass along my joy to anyone who hasn’t. You MUST try this at some point during your life. It should be on your Disney bucket list.

We have a few loyalists in the comments section at MickeyBlog. These folks are like me. They feel empty without Port Orleans – French Quarter open. 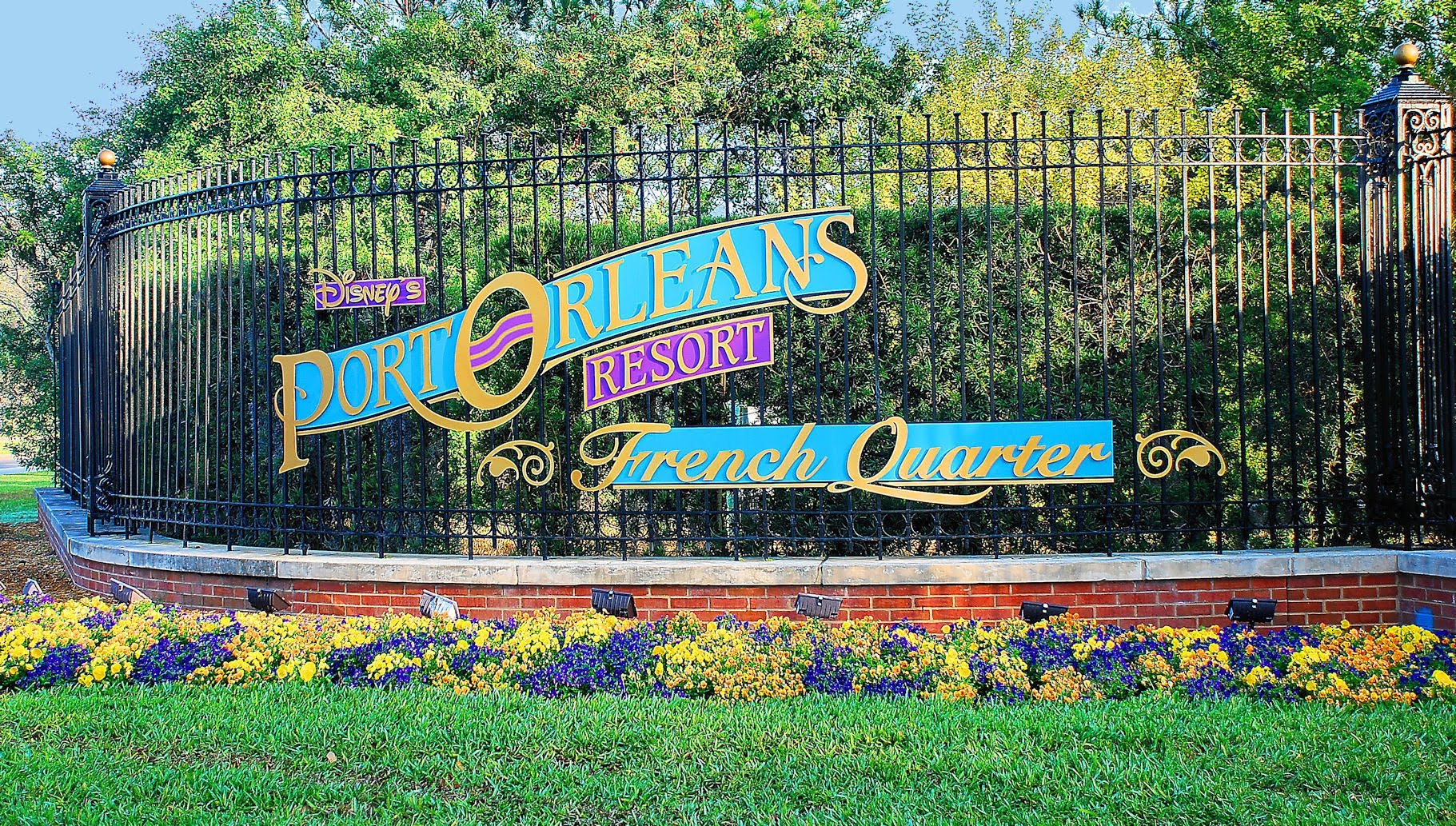 Only one of them has earned the devotion of TripAdvisor rankings. Everything else falls into the category of getting what you pay for. 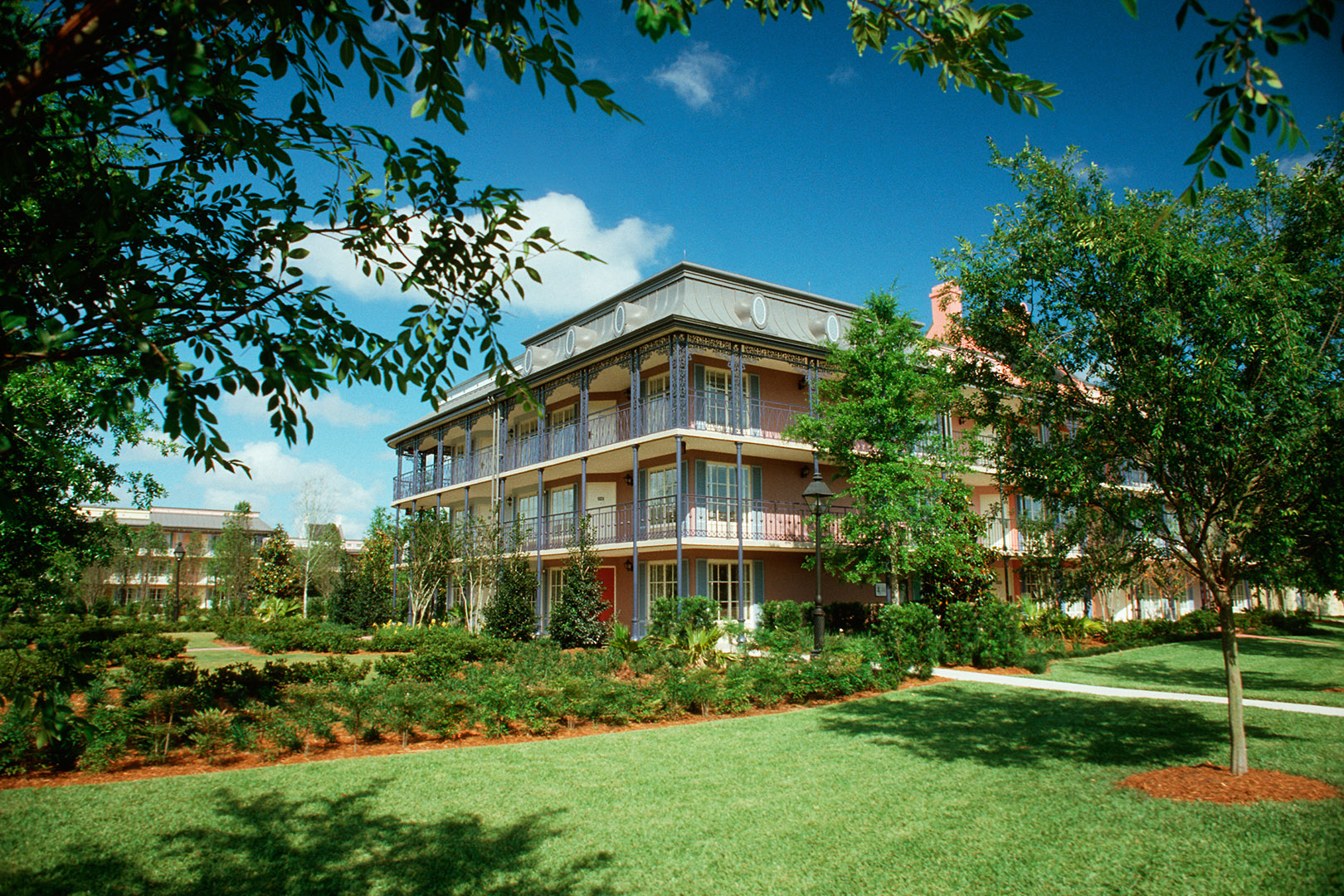 You likely wonder why, but the answer is quite simple. It’s the most intimate of all Walt Disney World resorts.

Whenever one of you laments the current closure of the French Quarter, I nod. I haven’t gotten to stay here in almost two years, and I really miss it.

Okay, here’s an excellent example of how my minority opinions don’t align with those of TripAdvisor users.

If my choices are Beach Club and BoardWalk, that’s not a choice. I’m taking Beach Club every time. I swim on vacations, and Stormalong Bay is THE best Disney pool. 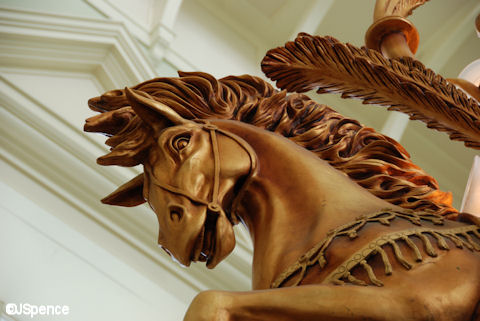 However, the consensus opinion is that you’ll have a better time staying by the BoardWalk.

This entertainment district features live entertainment, shopping, and stores. You’ll always find plenty to do here, and the restaurants are world-class. 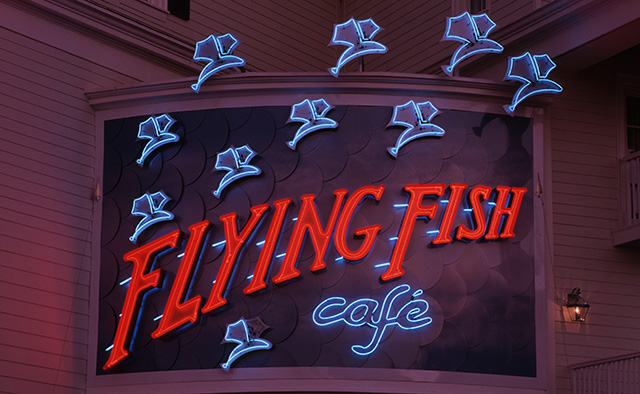 Fans rave about Flying Fish, while Trattoria al Forno features one of the best character breakfasts on the Disney campus.

As for the resort, it features one of the most unique lobbies with some BoardWalk antiquities from yesteryear.

The rooms with BoardWalk views also brim with activity, especially at night. You can people-watch to your heart’s content.

If you’ve read any of my restaurant writing over the years at MickeyBlog, you know that I agree with this recommendation.

That’s a STRONG grouping of rustic cuisine, which Disney recently improved by adding a Snow White character meal featuring the Evil Queen and some of the Seven Dwarfs.

Still, the heart of Wilderness Lodge lies in its center, the majestic lobby that Disney modeled after national park lodges. 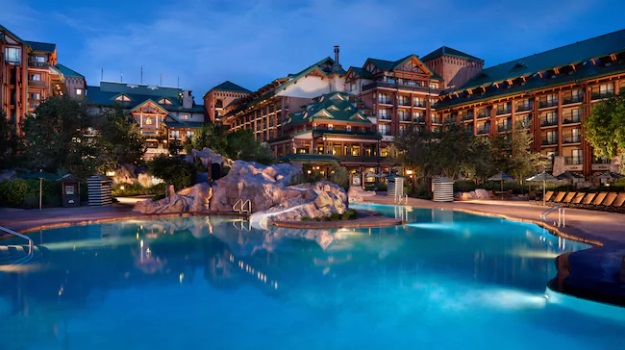 The 82-foot tall fireplace garners most of the acclaim, but the other wooden features in the building are just as spectacular.

Disney hired an outside architect to build this place and admired his work so much that they brought him back twice more. 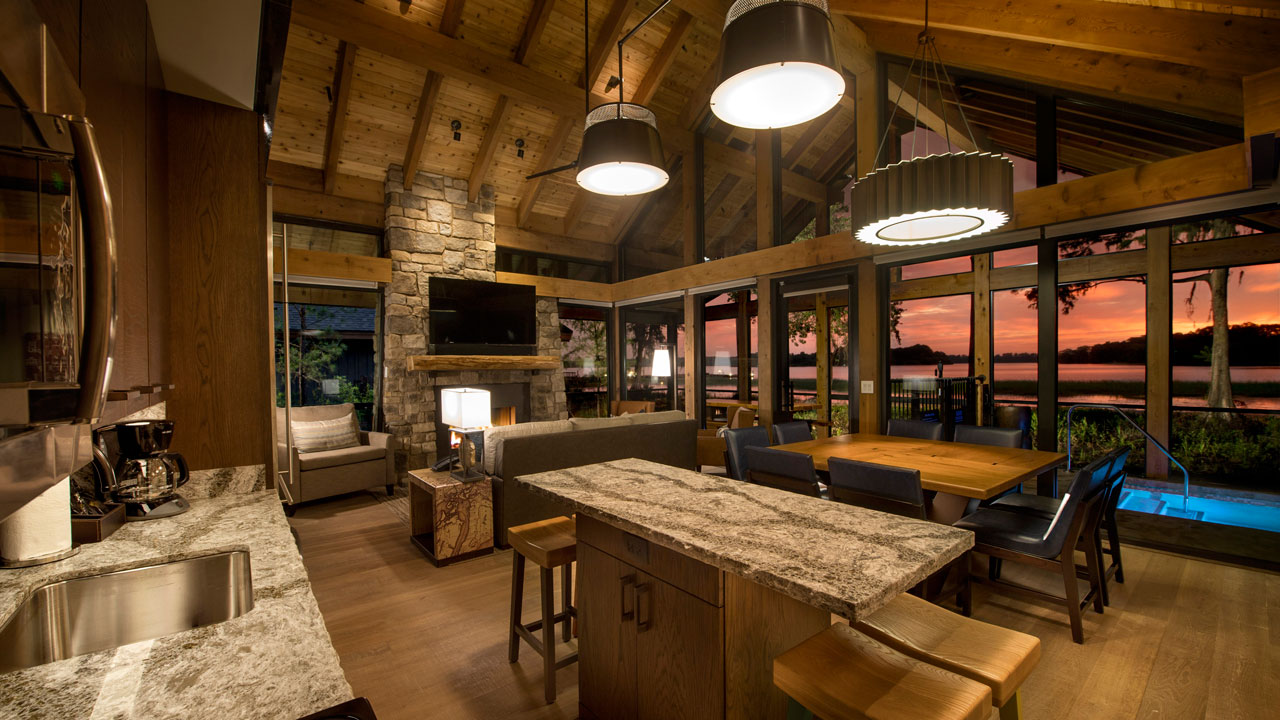 At Wilderness Lodge, you will combine a Disney vacation with a “cabin in the woods” vibe at your hotel.

I suspect that’s the secret sauce that has earned this place such glowing reviews. TripAdvisor voters believe it’s the best option at Walt Disney World.

I know that we all have strong opinions on this subject, but that’s the consensus vote right now.