Loki director and executive producer Kate Herron announced on Twitter yesterday that the finale of the Disney+ show is now complete.

Herron celebrated the achieving tweeting an edited gif from the ending of The Breakfast Club, edited to be Loki himself.

And that’s a wrap on #loki with our finale now gone to @disneyplus!!! I can’t believe I finished this show sat at my parents kitchen table, the same table where I put my pitch together nearly two years ago. Thank you @MarvelStudios for changing my life and to our wonderful team pic.twitter.com/XElnKMjQS1

Such an achievement will always bring happiness and a sense of accomplishment, however, the wrapping of Loki was completed in a sentimental location.

The British director states that she completed the post-production of the show at the exact same table where she crafted the original pitch for the show just two years prior.

Herron goes on to explain that the show had finished filming prior and that she had just finished post-production elements. She notes that this was the original deadline for the show and that this work takes a long time.

Loki has been a huge hit so far with viewers, smashing previous records of 5-day viewership.

The Marvel show amassed an astounding 2.5 million US household views in those five days, beating The Mandalorian, WandaVision and The Falcon and the Winter Solider. 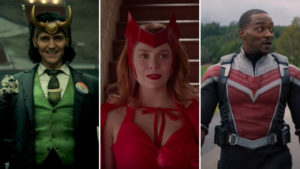 In fact, the series was viewed by 890k households on the first day on the platform alone.

Comparing this with the likes of The Falcon and the Winter Soldier which gained 759k viewers and WandaVision which gained 755k, it can be confidently said that Herron’s creation is a smashing success. 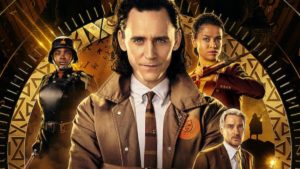 Loki will only have 6 episodes, with no indication of whether a season 2 will follow or even if a season 2 can follow.

Have you been a fan of the series so far? Check out the Easter eggs included in the first episode here.