The magic that is the Disneyland band marching down Main Street U.S.A. returns tomorrow at Disneyland, almost two months after its reopening on April 30th. 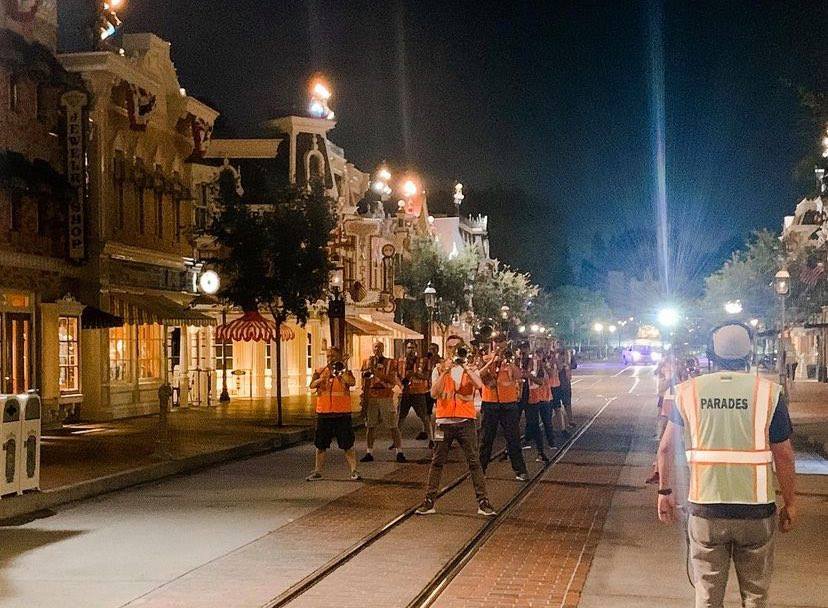 “Watching them gave me goosebumps,” Disneyland President Ken Potrock said in an Instagram post yesterday. The band first performed to celebrate the park’s opening day 66 years ago and continued to perform daily ever since.

Led originally by bandmaster Vesey Walker, the band was actually scheduled to perform only during the park’s first two inagural weeks. 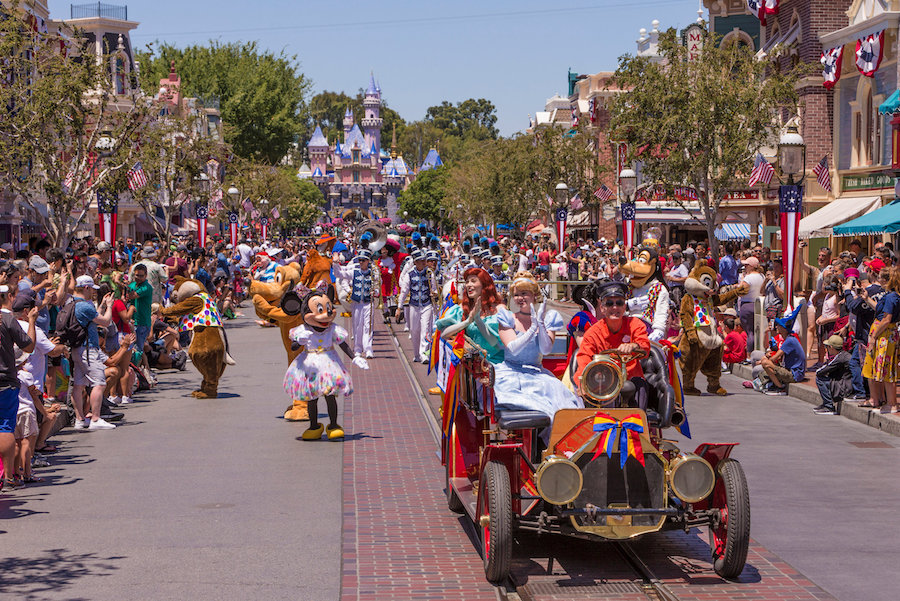 “If the people can’t go away whistling it, don’t play it,” Disney instructed Walker, according to The Disneyland Encyclopedia by Chris Strodder. 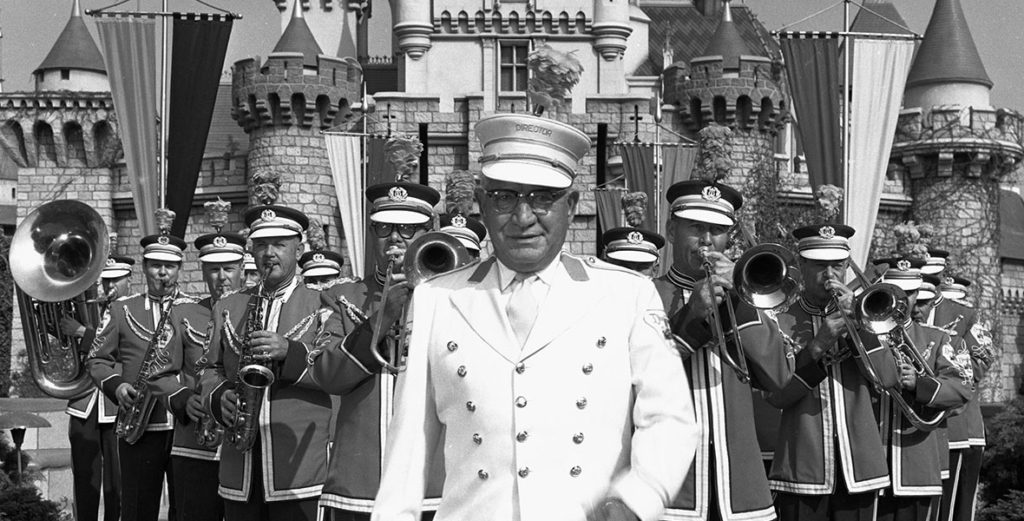 Walker conducted the band for 15 years before retiring. He led the band in a variety of tunes in their daily concerts, but the most requested song is the beloved “Mickey Mouse March,” according to D23.  In 1982, the band logged their 50,000 performance, so the 100,000 must be just on the horizon. 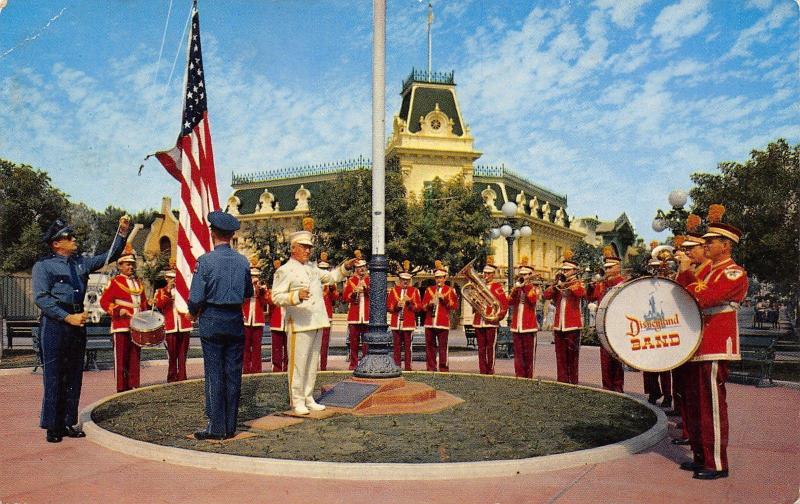 To catch a performance, guests will want to hang out around the Main Street Train Station or Town Sqauare as well as in front of the Golden Horseshoe in Frontierland. Pre-pandemic, the band played a spirited show in front of Sleeping Beauty Castle. They also take part in the flag retreat ceremony each late afternoon at the park. 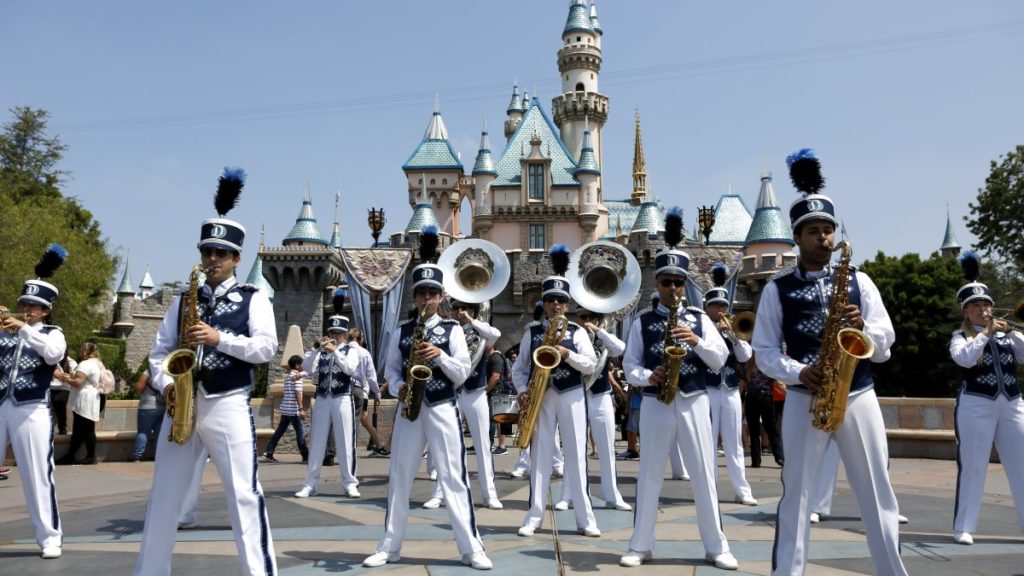 The 15-to-20-memeber ensemble is easy to spot both by listening for their drummed cadence or by watching for their classic uniforms of bright white lined with blue edging and accents. Their bright blue feather plumes often pop up over the crowd as well. 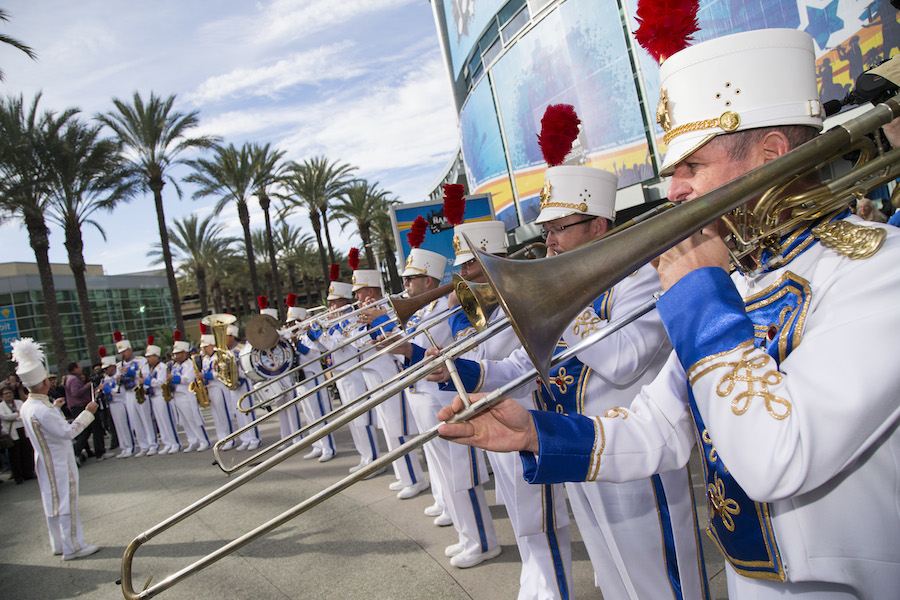 In 2015, the band received the new uniforms of whites and bright azure to coordinate with the 60th anniversary celebration of Disneyland. The new bold uniforms stuck for the most part. 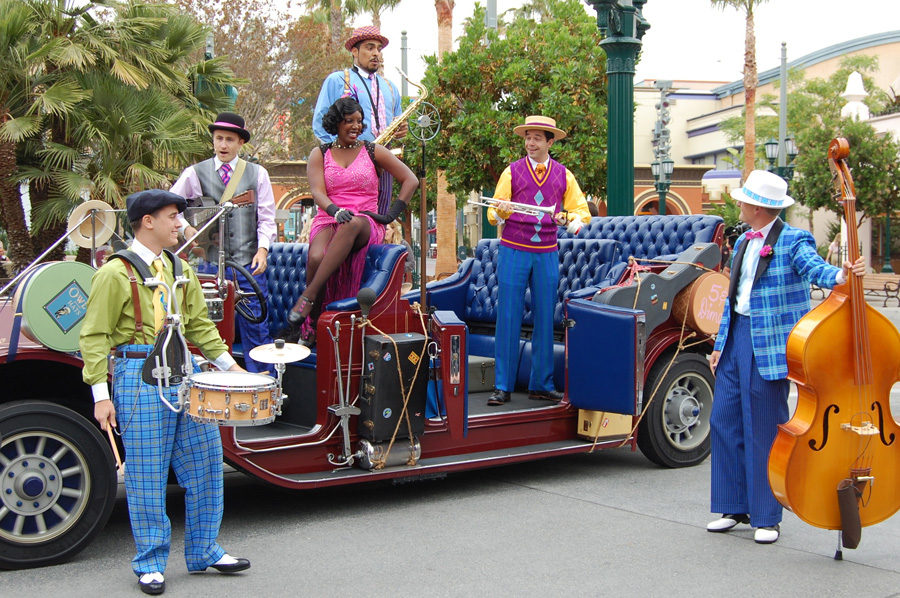 The band’s return marks a much needed dose of live entertainment for the Anaheim theme parks, as many performers have yet to return. The Citizens of Buena Vista street did return to Disney Calfornia Adventure Park as well as many character waves and interactions, especially at the new Avengers Campus. Other performers, including the Pearly Band, should return soon. 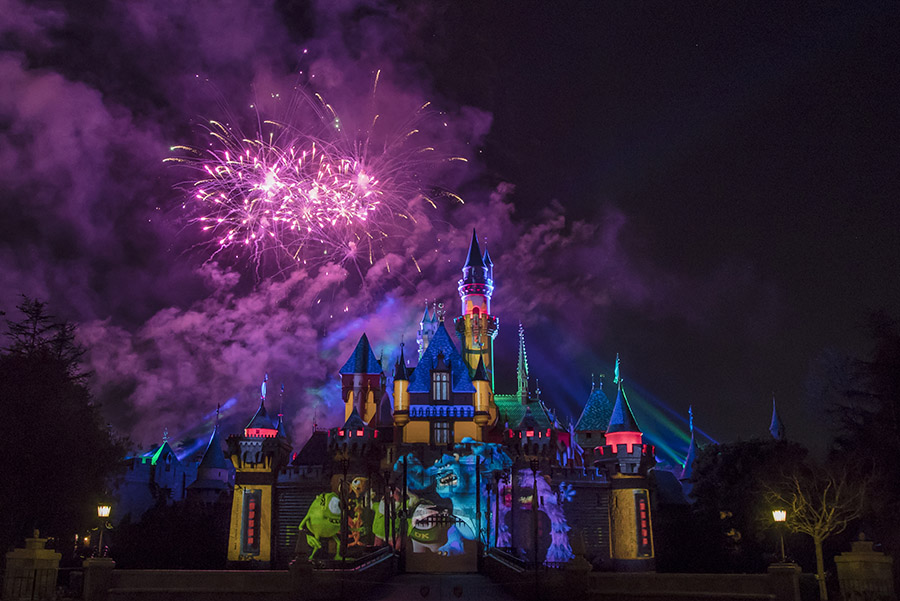 Also returning in the near future and with great fanfare: Fireworks! Disneyland will feature “Mickey’s Mix Magic,” which blends fireworks, video projections and lasers into a nighttime spectacular. The show premieres just in time for Independence Day on July 4th.

Showtimes for the fireworks were released on Monday, but other showtimes have not been published yet. Make sure to check when you visit the parks.