Our MickeyBloggers are on the ground in California!

For those of us who will not make it to Anaheim in the short run, MickeyBlog.com provides the next best thing. Greg and Elyssa Antonelle wandering Disneyland Resort. 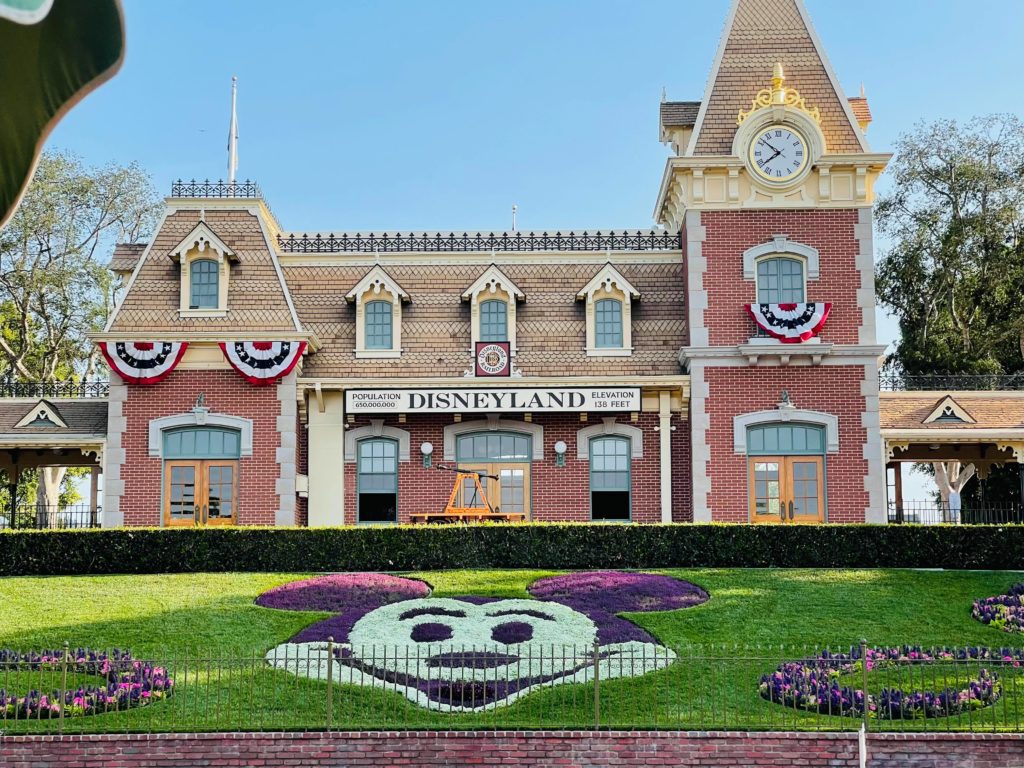 It was a beautiful setting, which set up days worth of content.

On Monday, G&E wandered Anaheim’s Downtown Disney District, which occupies an area adjacent to both Disney California Adventure and Disneyland. There they showed us around the grounds, chatted about their plans in California, and visited the World of Disney.

Coming to you LIVE from Downtown Disney in Disneyland!

However,  for weeks, we’ve been waiting for Greg to walk us into the actual Disneyland entrance, and on Tuesday, June 15 – with masks no longer required and with non-CA residents allowed in — he and Elyssa brought us under the train tracks and onto the original Main Street, U.S.A.

Now, this first video shows how “rope drop” works in Disneyland, with guests being allowed into the park, but not beyond certain areas within the eye-shot of Sleeping Beauty Castle.

Coming to you LIVE from Disneyland… Maskless!

It was fun to see the Cast Members greeting guests, especially since this reporter has several trips-worth of fond memories from Walt’s original park. The real juxtaposition for this fan is the sightlines and size differences; as Vinny Vega said in Pulp Fiction, “It’s just a little different.”

Having been in the middle of rope drop at DL, I will say it is a really unique experience. And I will admit, I sympathized with G&E as they waited. In fact, when I actually got through, I hadn’t planned out my excursion and was at a loss for where to go!

Coming to you LIVE part 2 from Disneyland!

One thing I guess I was really surprised by was the crowd! As you can see in the above video, Greg and Elyssa panned the crowd and it went for yards and yards. 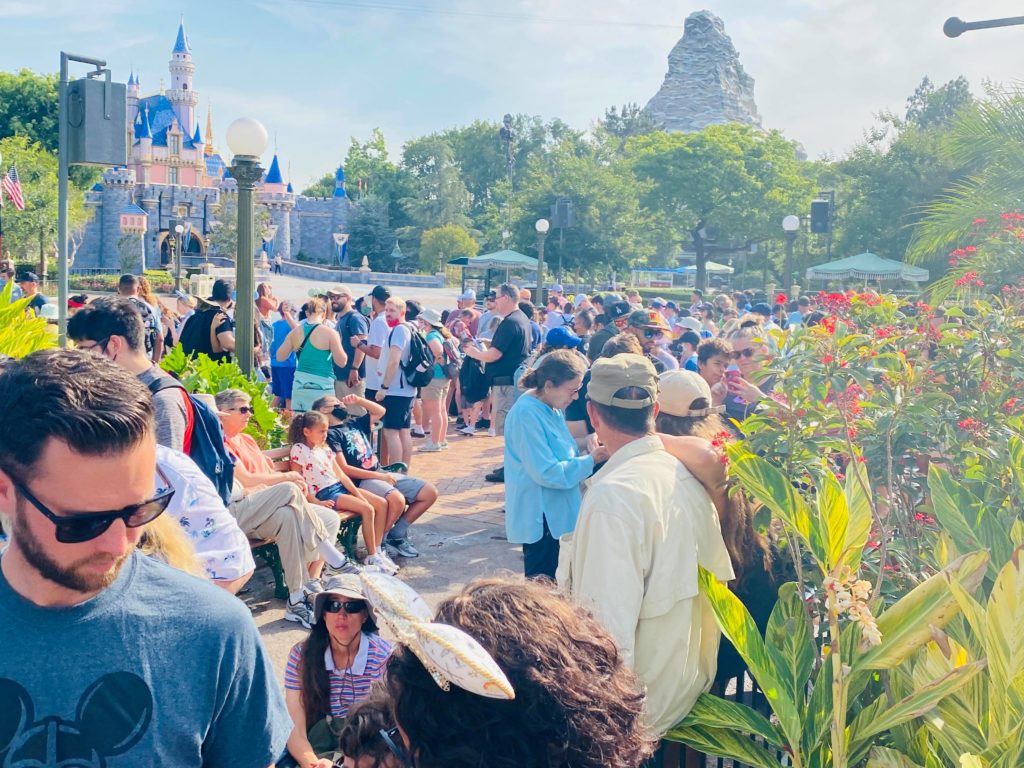 Now, that didn’t diminish the fun. Far from it, and it wasn’t long before our MickeyBloggers were in the park, and traversing Adventureland.

And, of course, when they got into New Orleans Square, Greg did the right thing and put us on Pirates of the Caribbean.

Note: The Wi-Fi in “Pirates” played a little havoc with the stream, so feel free to click around. Then, come back for…

MickeyBlog.com At Disneyland: Including Batuu West

Coming to you LIVE from Disneyland – Part 3! 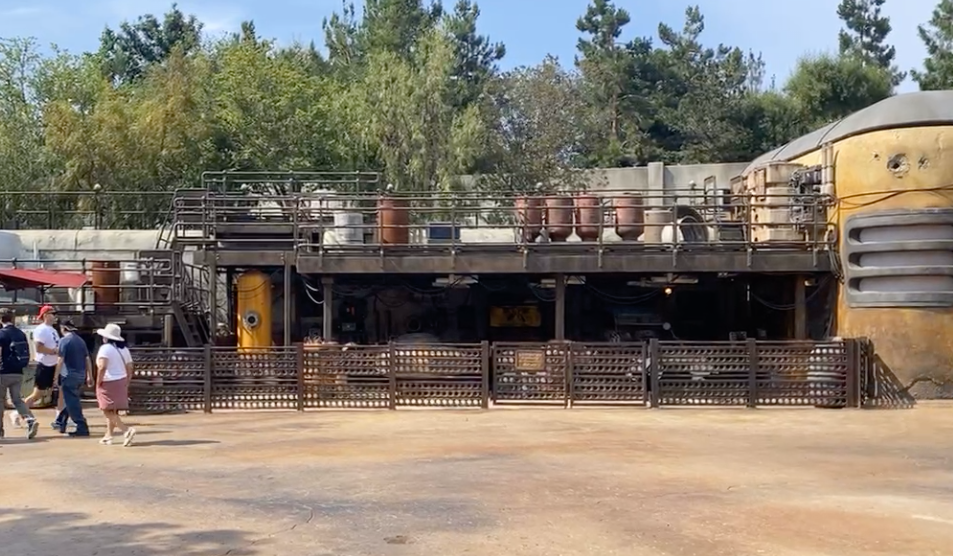 Click the pic to watch the video. Image: MickeyBlog.com 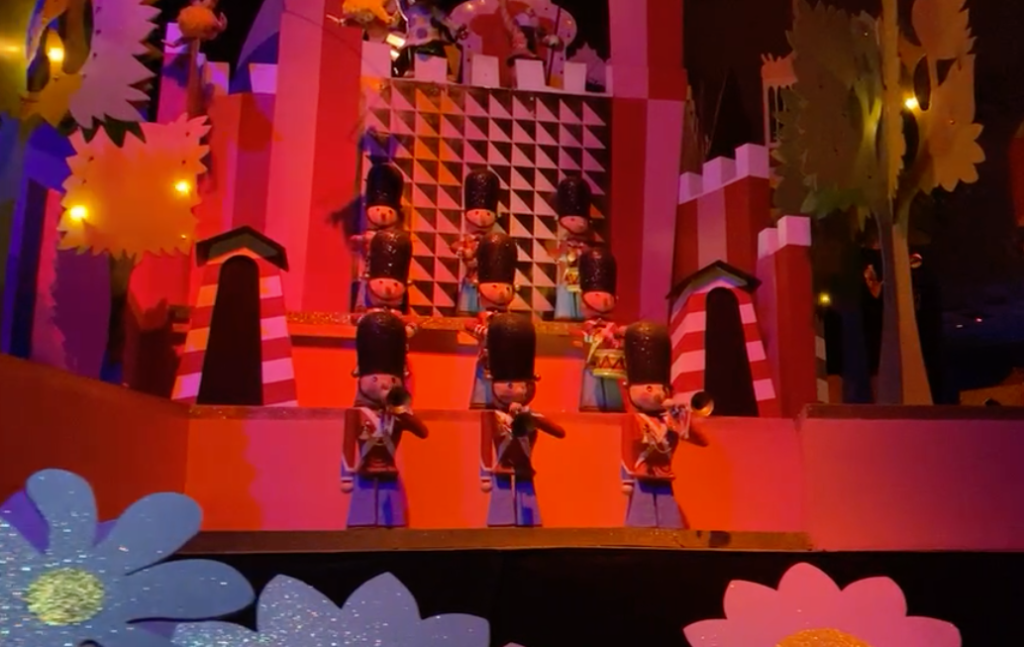 But that wasn’t it. Next, our MickeyBloggers headed to…

Coming to you LIVE from Avengers Campus! We’re in the virtual queue!

And that’s not it! Our favorite vloggers are heading back to the parks today!

So, be sure to keep an eye out for their posts from California on Wednesday and check out more of yesterday’s coverage on MickeyBlog.com: