As you know, if you have watched this space for any amount of time, Lucasfilm has a very entertaining, informative blog, which keeps tabs on the history of the company and its innovative approach to filmmaking.

This weekend, #Raiders40 is trending on Twitter in honor of the 40th anniversary of Dr. Jones’ first appearance on screen in Raiders of the Lost Ark. On June 12, 1981, Indy first sought fortune and glory (and looked to stop the Nazis from attaining any biblical advantage with the Ark of the Covenant).

Steven Spielberg and George Lucas introduced one of the cinema's great heroes, Indiana Jones (played to perfection by Harrison Ford) to audiences in RAIDERS OF THE LOST ARK on June 12, 1981, and his adventures have been going strong for 40 years.#Raiders40 pic.twitter.com/Hr3ymMkcZG

Audiences were dazzled, and the franchise is in the midst of production on its fifth installment. However, before all that, a preview screening in San Francisco likely determined the fate of one iconic scene.

Raiders of the Lost Ark: The “Duel”

Highlighting a preview card from that showing of the film, the Lucasfilm blog “History in Objects” series explained, “One scene not listed on the card — one that would be famously locked during this very preview screening – was the skirmish between Indy and the hulking swordsman in the streets of Cairo.”

As recounted in J.W. Rinzler’s The Complete Making of Indiana Jones, this scene had been shot two ways – one where Indy battles the scimitar-wielding bad guy with his whip, and one where an exhausted and battered Indy simply shoots the villain before their fight begins. Executive producer George Lucas reportedly preferred the version with the drawn-out fight, while director Steven Spielberg liked the shorter version. They decided they’d include the shorter scene in a preview screening at the Northpoint and gauge the audience response. According to executive producer Howard Kazanjian, the reaction was decisive. “The audience went crazy,” he says. “It was the biggest laugh in the movie.” Lucas concurred, “Well, I guess that works.”

The rest, as they say, is history.

Happy 40th anniversary INDIANA JONES. Thanks for the years and the mileage, we're not done yet! @ParamountMovies @DisneyStudios
#IndianaJones40 pic.twitter.com/c3O9chFyg9

Raiders Shoot: Done In An Hour?

Meanwhile, the actual reason for the quick ending to the duel comes from a rather less humorous (at least for Harrison Ford), reason.

Ford, too, was stricken with dysentery when it came time to shoot an epic sword-versus-whip duel for which Spielberg had budgeted a day and a half of filming, according to the 1996 biography ‘Spielberg: The Man, the Movies, the Mythology.’ Ford asked if they could wrap the scene in an hour. ‘Yeah, if you shoot him,’ Spielberg joked. So they did, and the wordless punchline got one of the film’s biggest laughs.”

40 years ago today, Raiders of the Lost Ark was released! ❌🐍 pic.twitter.com/fnjS3gX2QQ

But the best quote of the weekend comes from Spielberg during the production process. 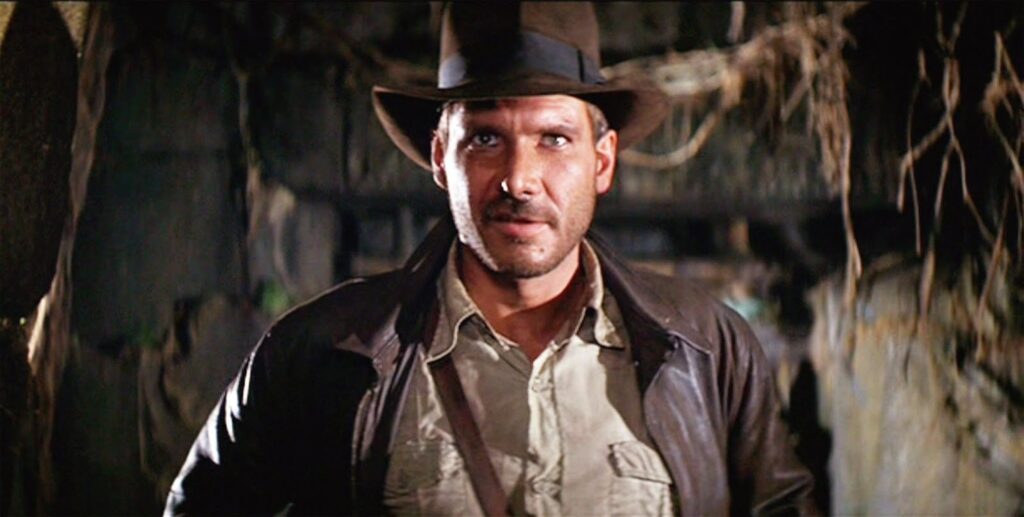 Indiana Jones’s narrow escapes from Nazis, boulders, blow darts, poisoned dates, speeding trucks and, of course, snakes, tip a fedora to the cliffhanger serials of the 1930s — the kiddie adventures that shaped his creators — even as they calibrated their nostalgia into a cross-promotional blockbuster that would define Hollywood’s future.

‘What we’re just doing here, really, is designing a ride at Disneyland,’ Spielberg said at that first meeting. Prophetic words.”

Prophetic words, indeed. Here’s wishing I could be in the virtual cue for Indy’s actual ride at Disneyland. 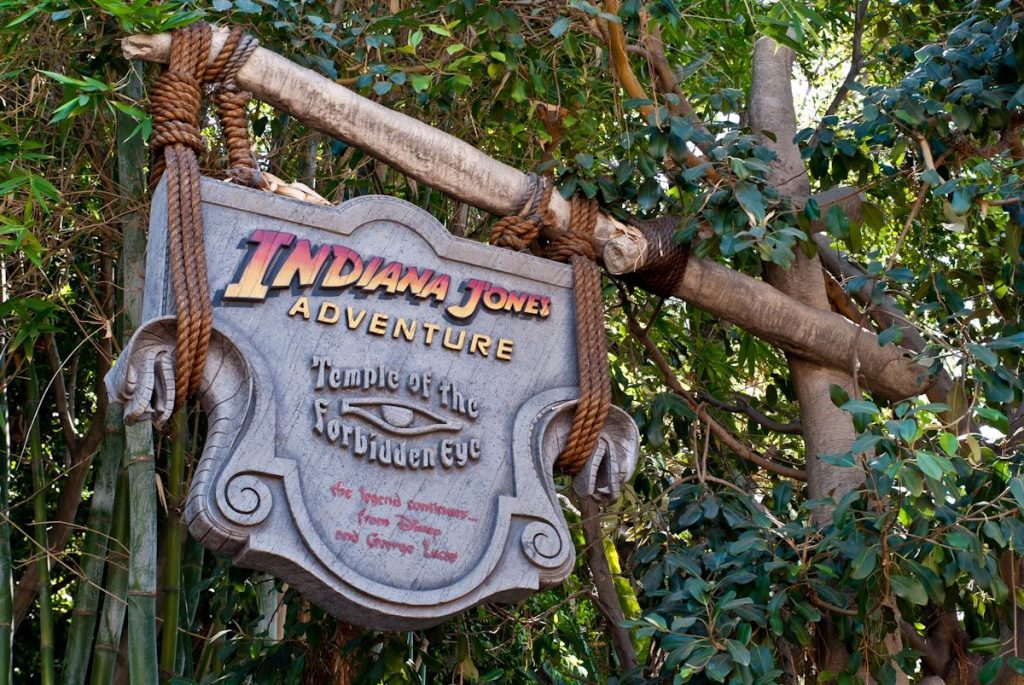 Happy Birthday, Dr. Jones. Thanks for the fun.