When he is not avoiding un-masked autograph seekers and paparazzi, Harrison Ford is making movies…

Oh, I thought I was so clever.

I saw this picture of Harrison Ford confronting frenzied “fans” in the UK. 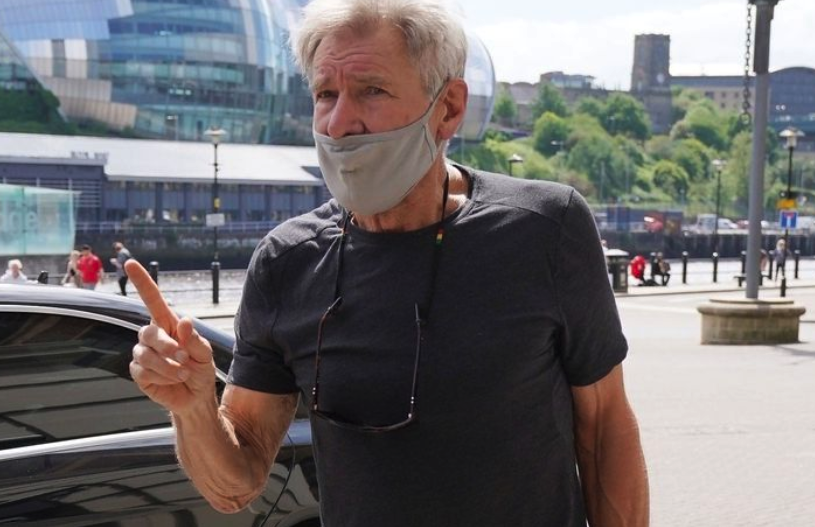 And I said, “Oh man, that looks like Han Solo in The Empire Strikes Back.” 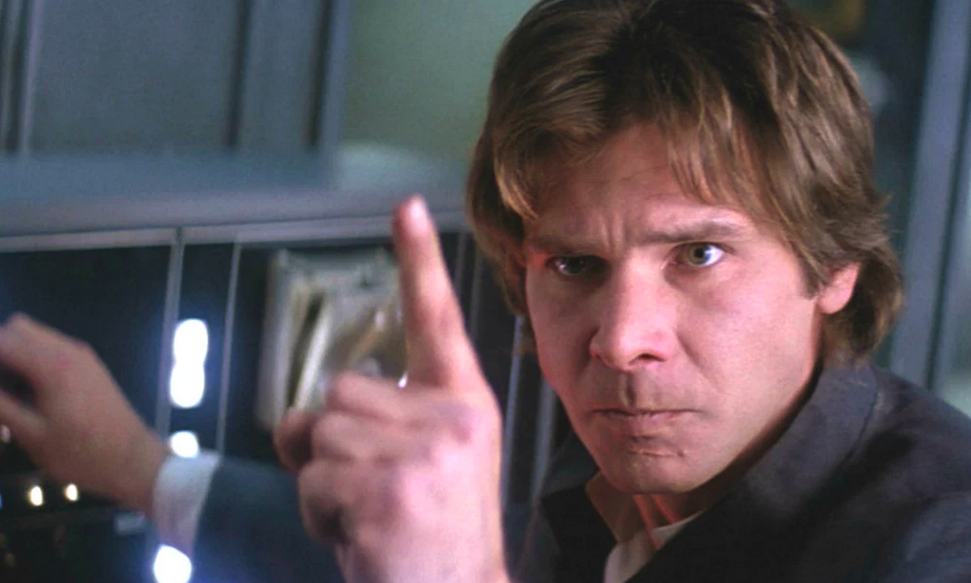 As I started writing, I noticed:

Harrison Ford, he's ALWAYS got a point to make! pic.twitter.com/OoGlMg7zku 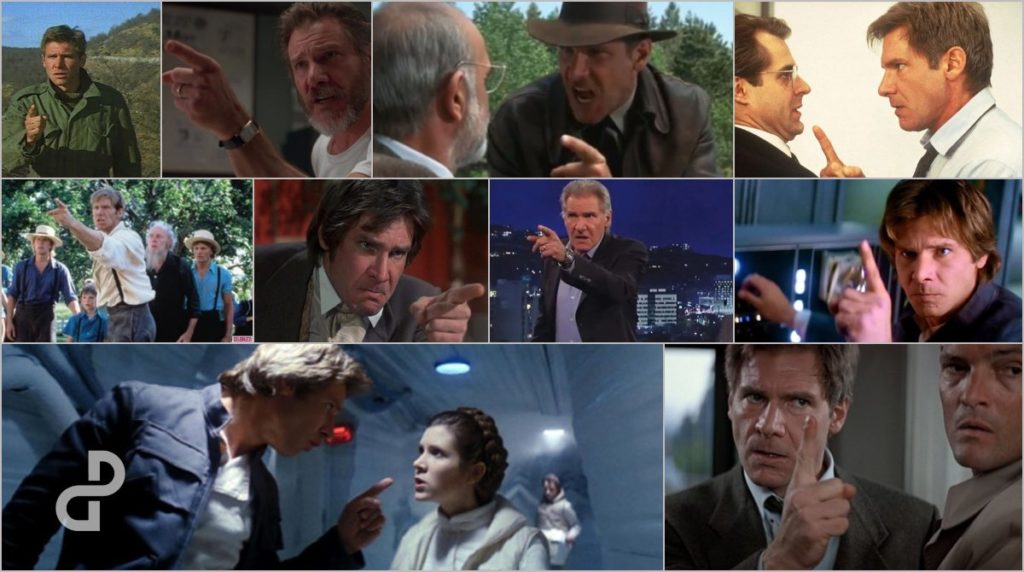 Anyway, you get the point. Harrison knows how to make one…

As I am sure he did when he spoke to the wayward folks who were harassing him in the UK.

“Unhappy with the constant attention, it seems he decided to ask fans, some of whom were not wearing face coverings, to leave,” reported The Manchester Evening News. “A witness claimed he told them that he had already said he would not be signing autographs or posing for pictures and that they should go.

“Apparently cautious about Covid-19, the action superstar has been careful to wear a mask during his visit to the north east…”

Exclusive Photo that we got right now!
Harrison Ford sighted on Set of Indiana Jones 5 pic.twitter.com/jVzTB25XIw

Mr. Ford also apparently sought to leave establishments via side and kitchen doors, looking to get some lunch at a local establishment.

BTW: Having seen a lot of this when I worked for the Bruins, the practice of avoiding autograph seekers and the like is not unusual (and I would imagine is doubly so in the age of Covid).

Also, keep in mind, MANY of the people who show up at team hotels or waiting for celebrities on the sidewalk SELL their procured autographs at a premium. 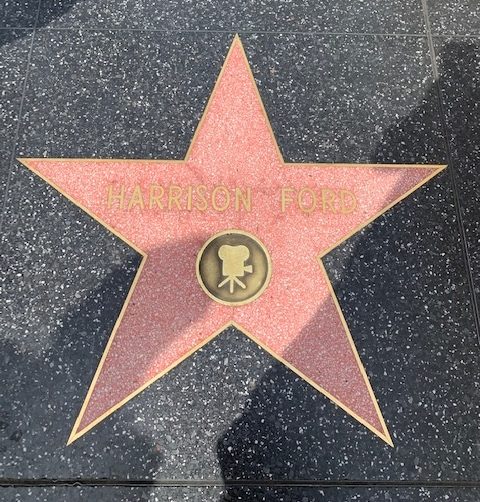 I.e. Chances are VERY good that Mr. Ford, in a high-risk group at the age of 78, was not turning down true fans and children.

Anyway, I thought I would mention that.

But better news comes in the guise of a helicopter; an aircraft that Mr. Ford (thankfully) was not piloting himself, sent to bring him back to the movie studio for filming.

The Daily Mail posted those pictures. 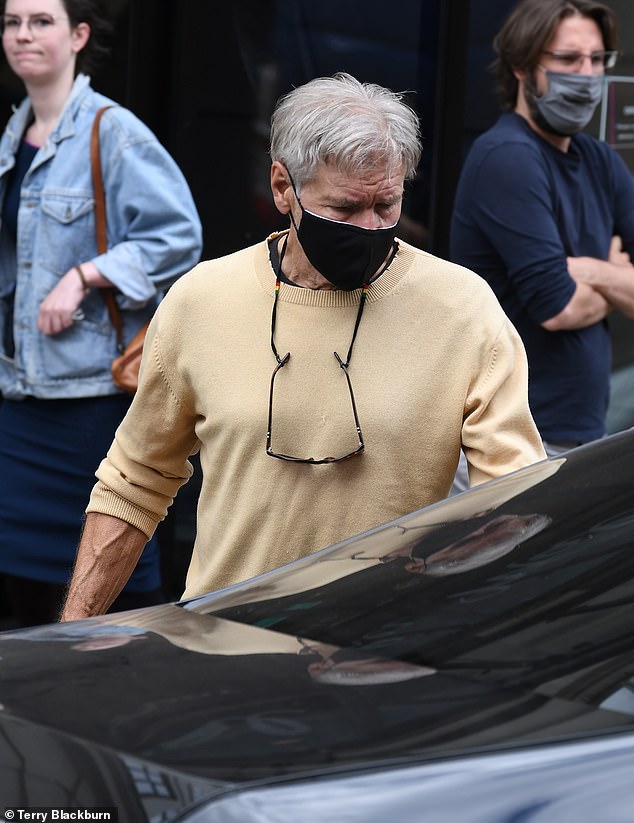 An aside. I have never looked that good in a sweater, EVER. Here’s hoping I can pull off that look when I am nearing 80!

Harrison appeared in good spirits as he left his accommodation wearing a black face [mask], while he prepared for the sun with sunglasses hung around his neck.

The actor then made his way into a waiting car, where he is said to have been driven to the Sikorsky S-76C 2 helicopter… It’s been a busy period for the thespian as in recent days he’s been spotted in the Scottish Borders and North Yorkshire while shooting scenes as the famous archaeologist.

We had that story earlier this week:

But there’ll certainly be more in the way of News from Indy 5 locations in the UK. So keep your browser here.