Disney World guest Claire Huddleston accidentally misplaced her wedding rings while she was waiting for a bus at the Contemporary Resort to go to Hollywood Studios. By the time she realized what had happened, it was already too late. Thankfully, a generous Disney World bus driver by the name of Marty found them and made sure they would get returned to her. Read her story below. 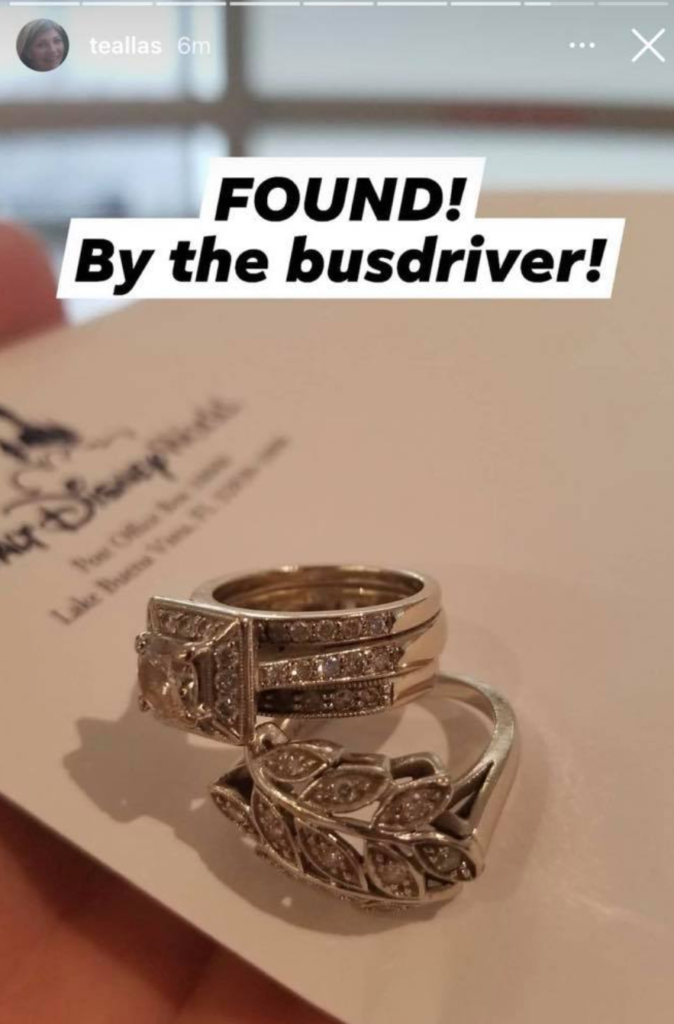 RINGS FOUND! This is a long story, but I want to give a shout out to a special bus driver at Walt Disney World and the entire staff at the Contemporary Resort.

On Thursday we were heading to Hollywood Studios and I was putting sunscreen on Libby at the bus stop in front of our resort. I took my rings off and put them in my shirt in my lap. However, when the bus pulled up, I was in a hurry to get all the kids and the stroller on the bus that I stood up – forgetting about my rings – and loaded the bus.

About 2 hours later we are standing in the Star Wars area of Hollywood Studios and I realized my rings were missing. I was devastated. I knew exactly what had happened. Thankfully my parents had stayed behind that day to sleep in so I called my mom at the resort and asked if she would look at the bus stop for my rings and ask someone at the front desk if anyone turned them in.

Low and behold our sweet bus driver named Marty had found them under the bench at the bus stop and turned them in at the front desk!!!  I could not believe it when my mom told me!!!When my parents got on the bus to meet us at Hollywood Studios she tried to give Marty a monetary reward, but he would not accept it. She took a selfie with him and posted the story on her Instagram stories.

Almost a week later I’m still counting my blessings. Obviously my engagement/wedding ring is super special to me, but the other ring is too because my grandmother gave it to me. I think my mom said it best in her post “honest and nice people still exist.” Thank you, Marty, for being honest and kind. 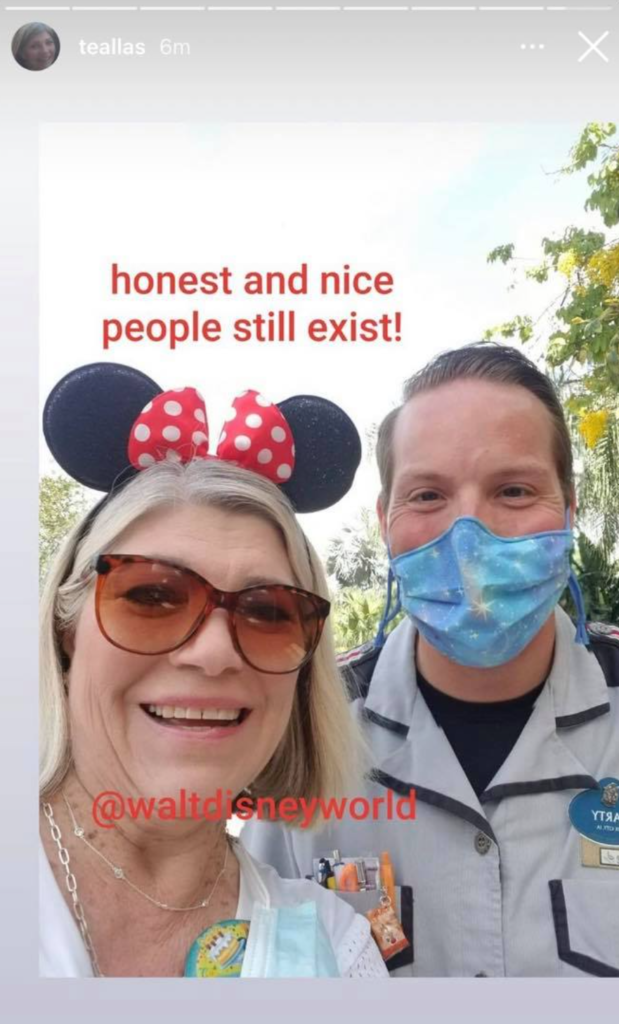 Claire is an anchor and reporter for WBRC-TV and shared her story on the news station’s website.

Losing items at Disney most often means you may never get them back, so this is such magical news. “I think my mom said it best in her post ‘honest and nice people still exist.’ Thank you, Marty, for being honest and kind,” wrote a grateful Huddleston.