ICYMI: Last Night Was the Cruella Premiere Live Broadcast and MickeyBlog Was There!

If you’ve been following along with us here at MickeyBlog you’ll know that yesterday was the opening night event for Cruella at Disney Springs! 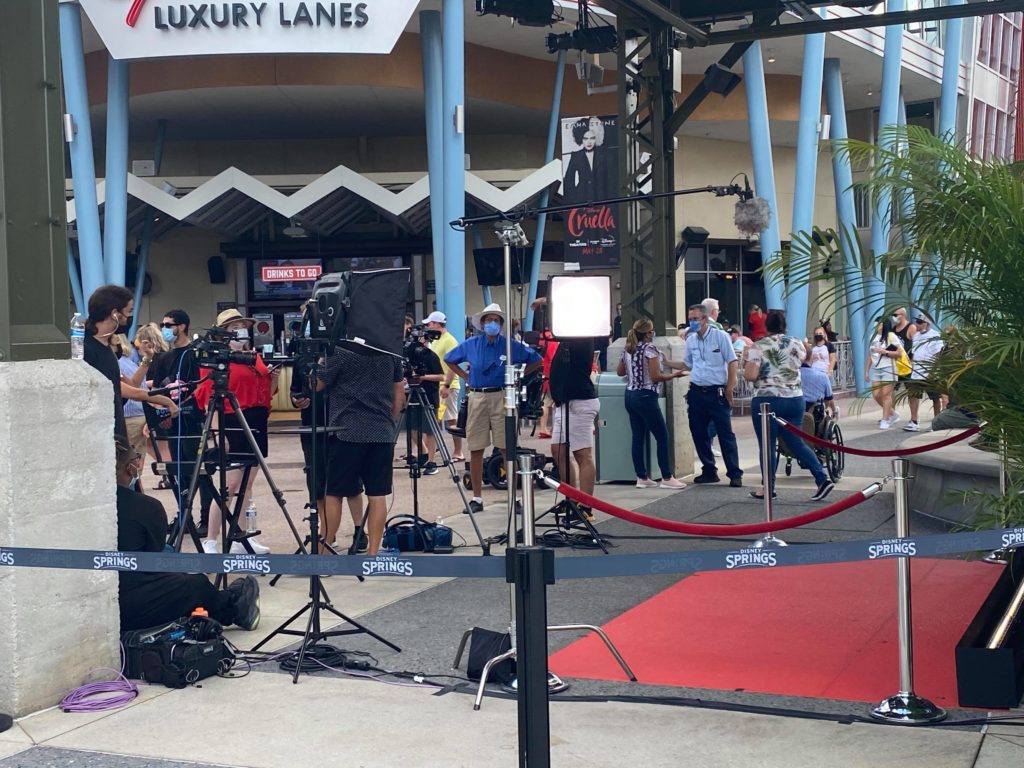 Our MickeyBloggers Greg and Elyssa went to see the film during a preview at the AMC on Thursday night but popped back to the theater to check out all the fanfare for Disney’s latest live action release. 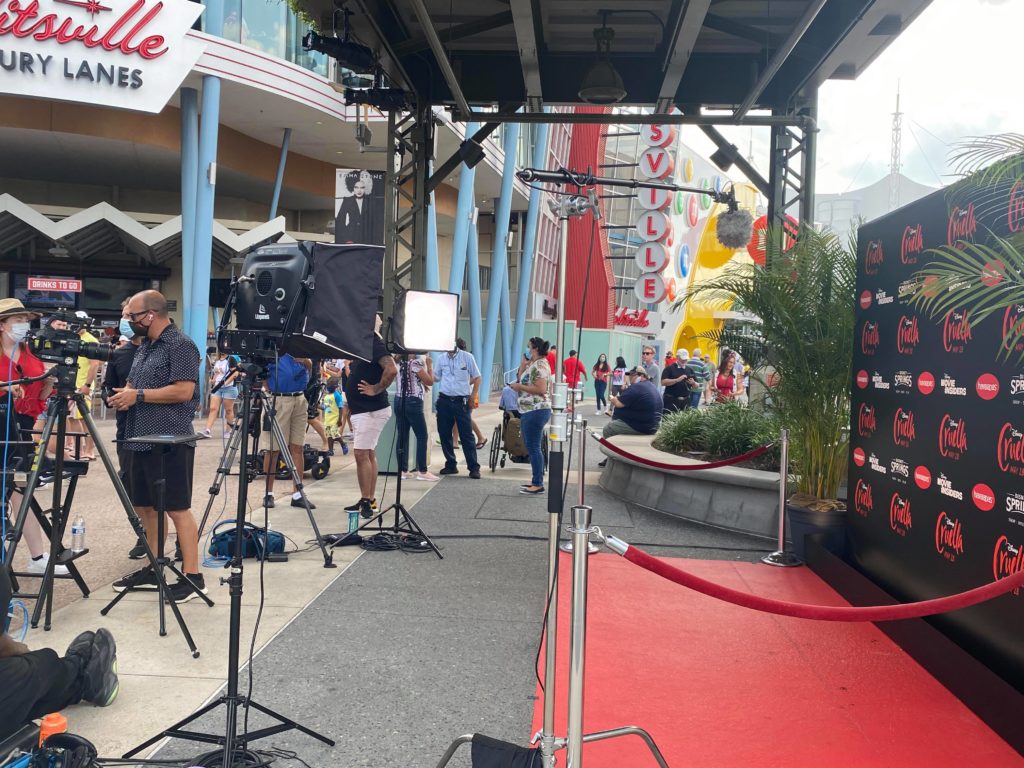 When we arrived crews were hard at work readying the area for the live broadcast! 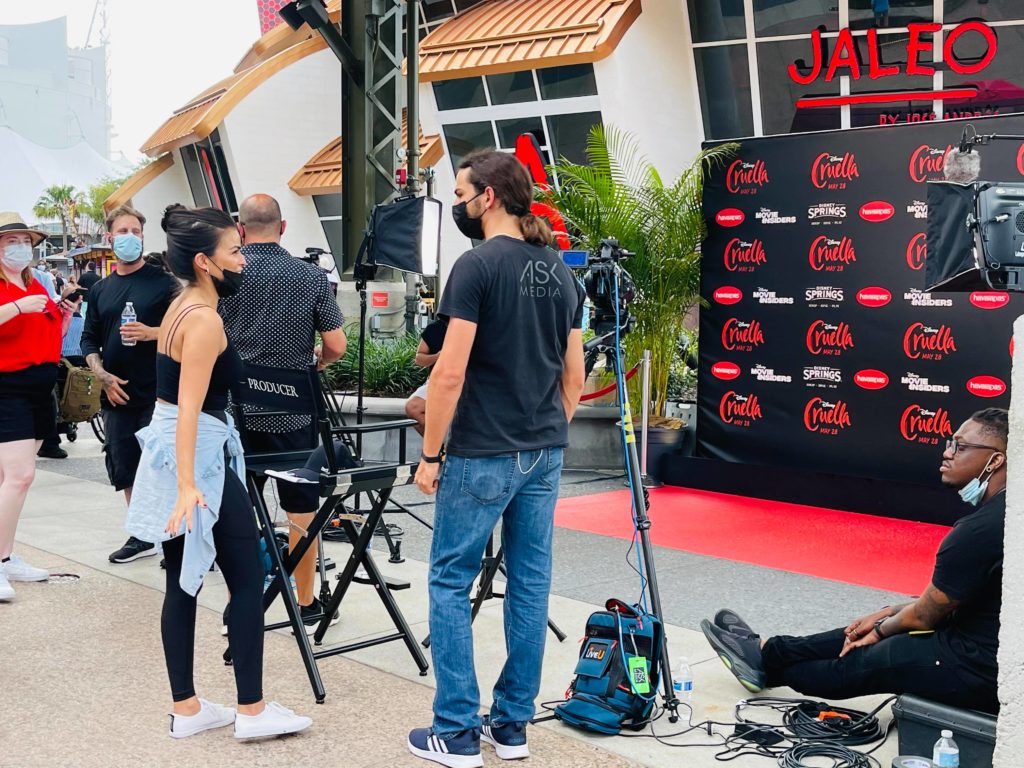 This took place in front of the photo op backdrop that we shared with you earlier in the week. 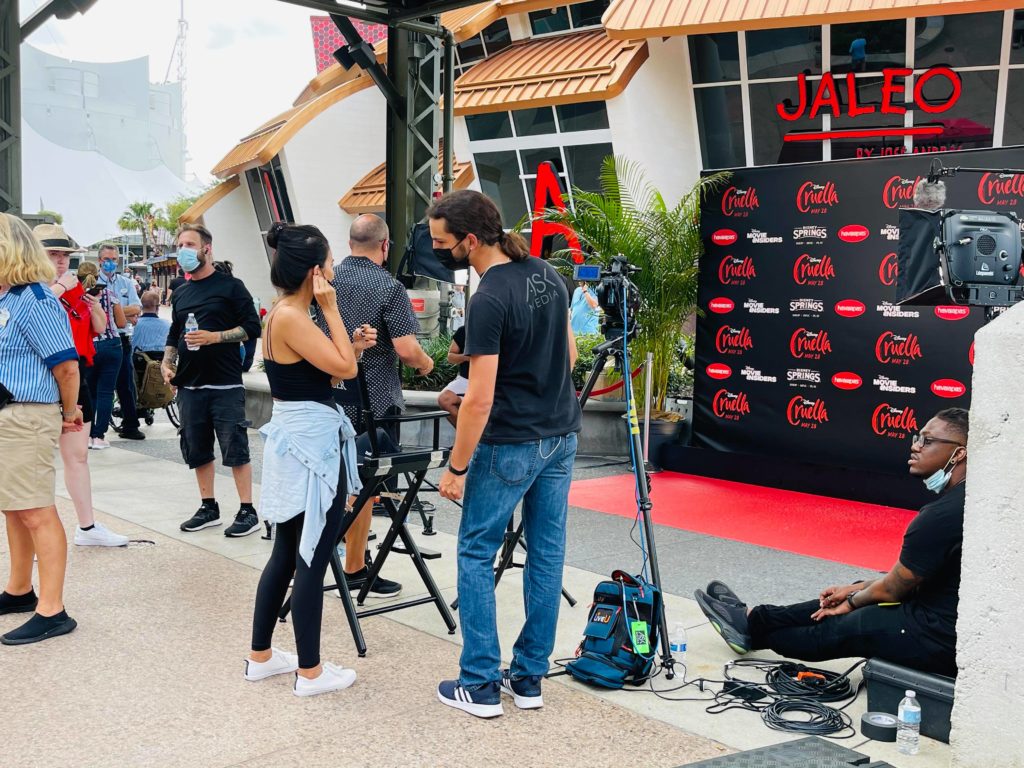 The event provided a first look at the incredible film as well as a wide array of Cruella merch released by Disney in celebration! 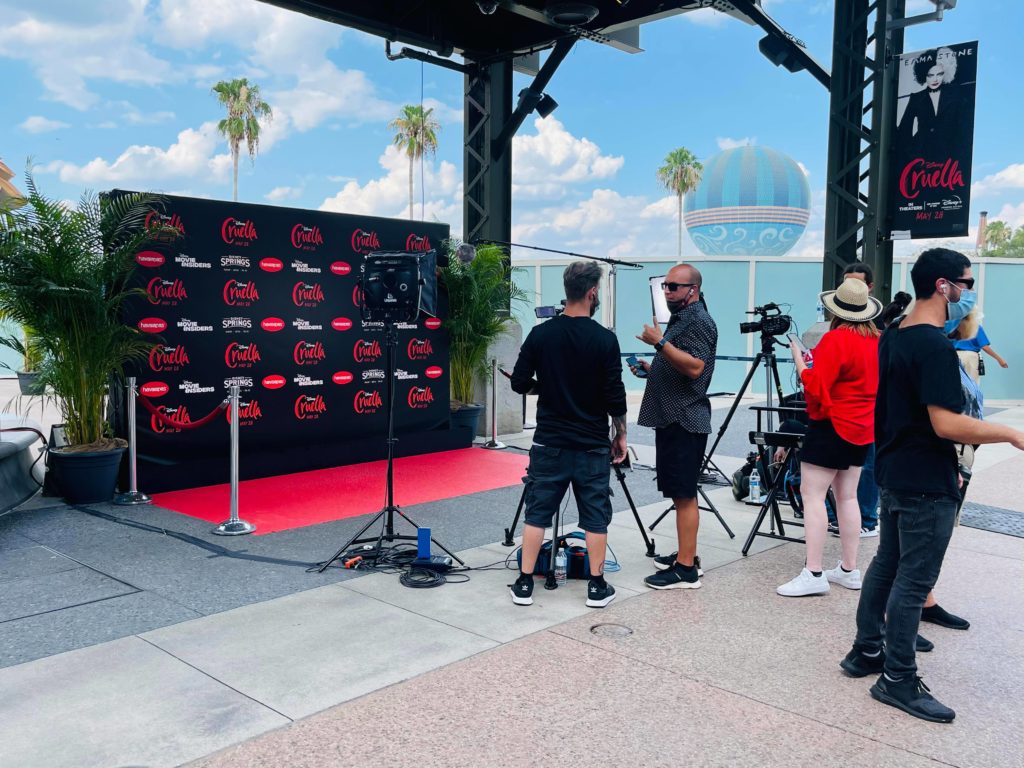 If you haven’t seen Cruella make it part of your Memorial Day must-do list! 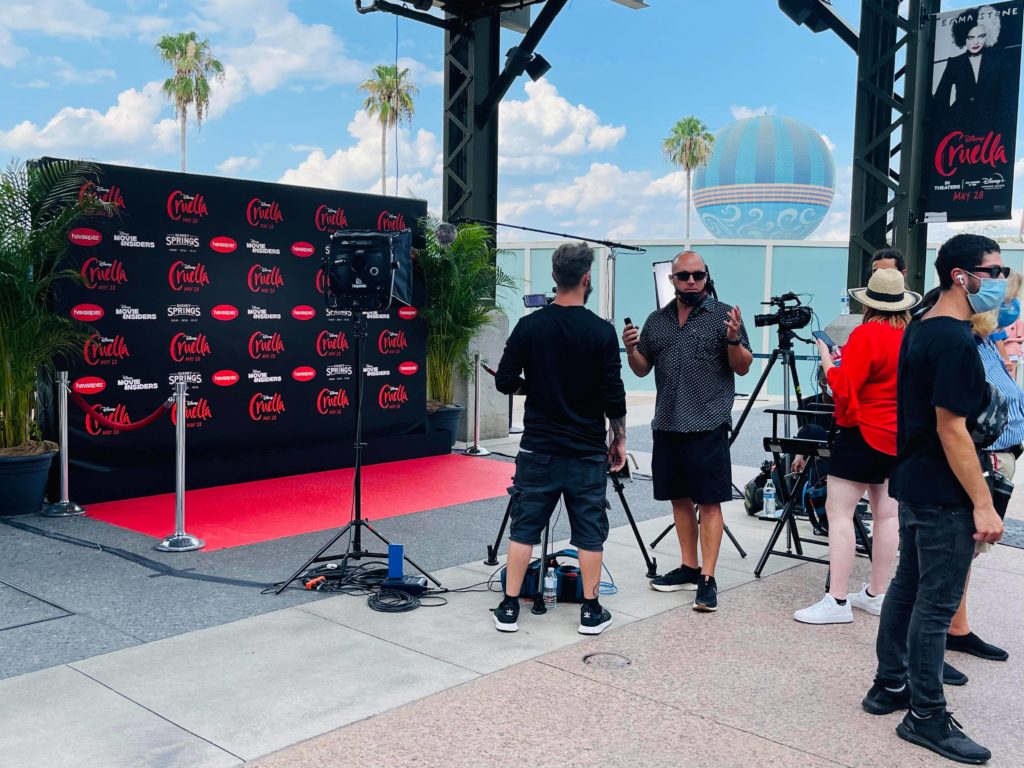 It has to be one of our favorite (if not the favorite) live action releases from Disney! 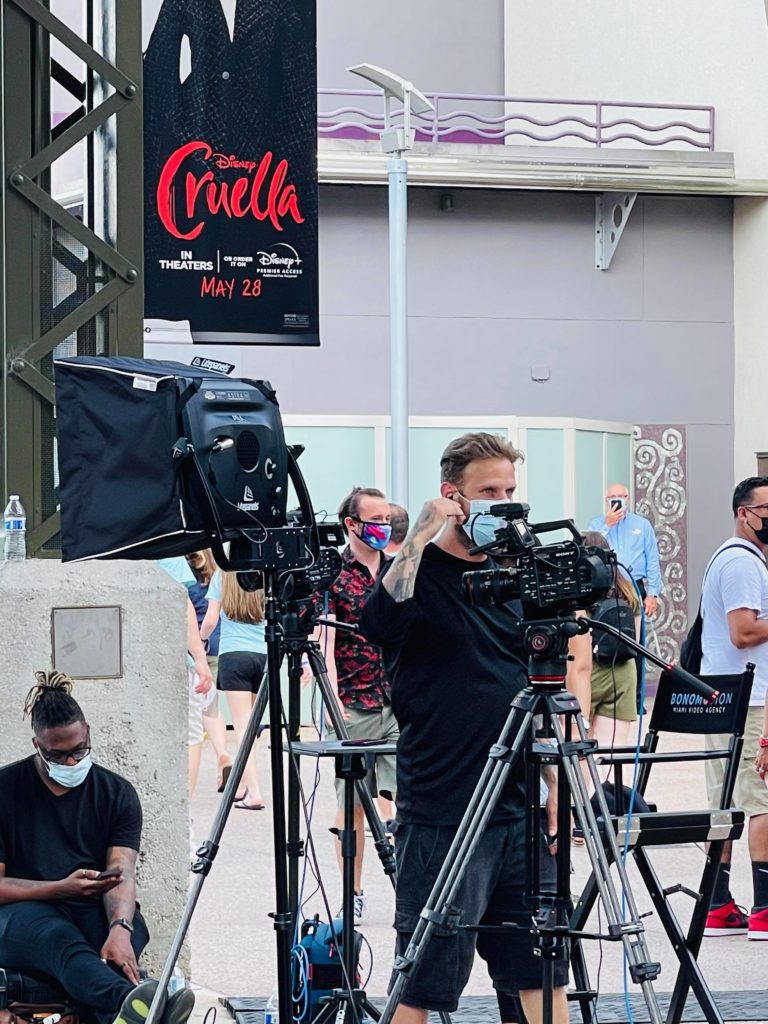 We also have to talk briefly about some of the fabulous Cruella-inspired looks we saw at last night’s event! 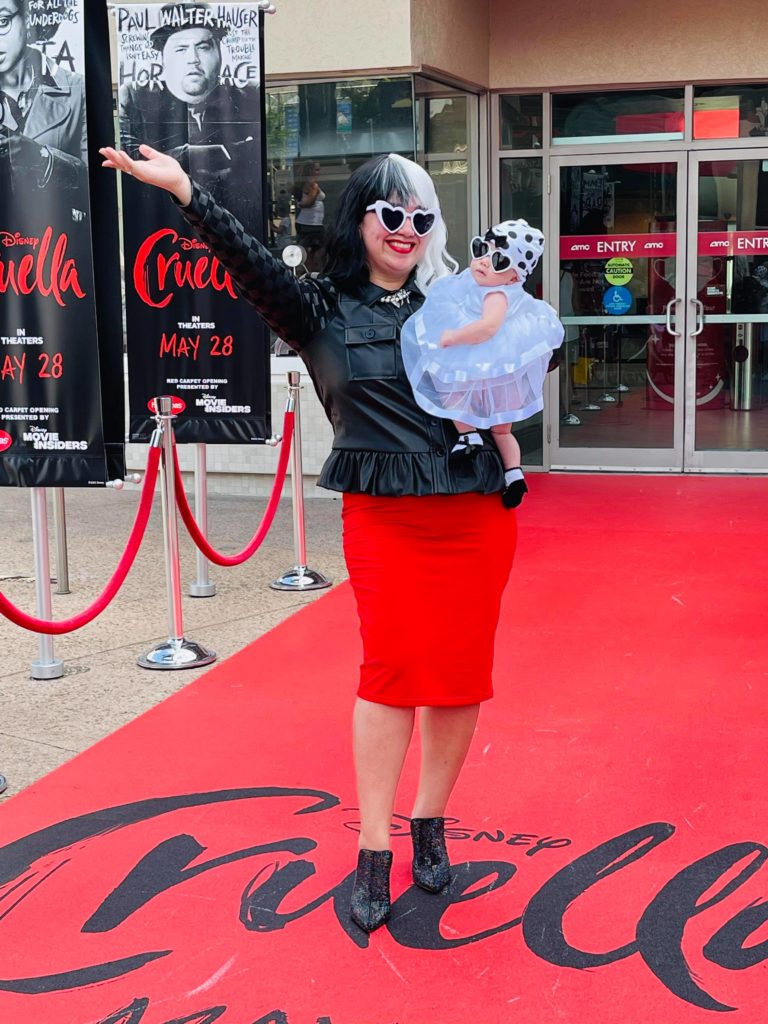 Mom and baby were both sporting some pretty awesome Cruella looks! 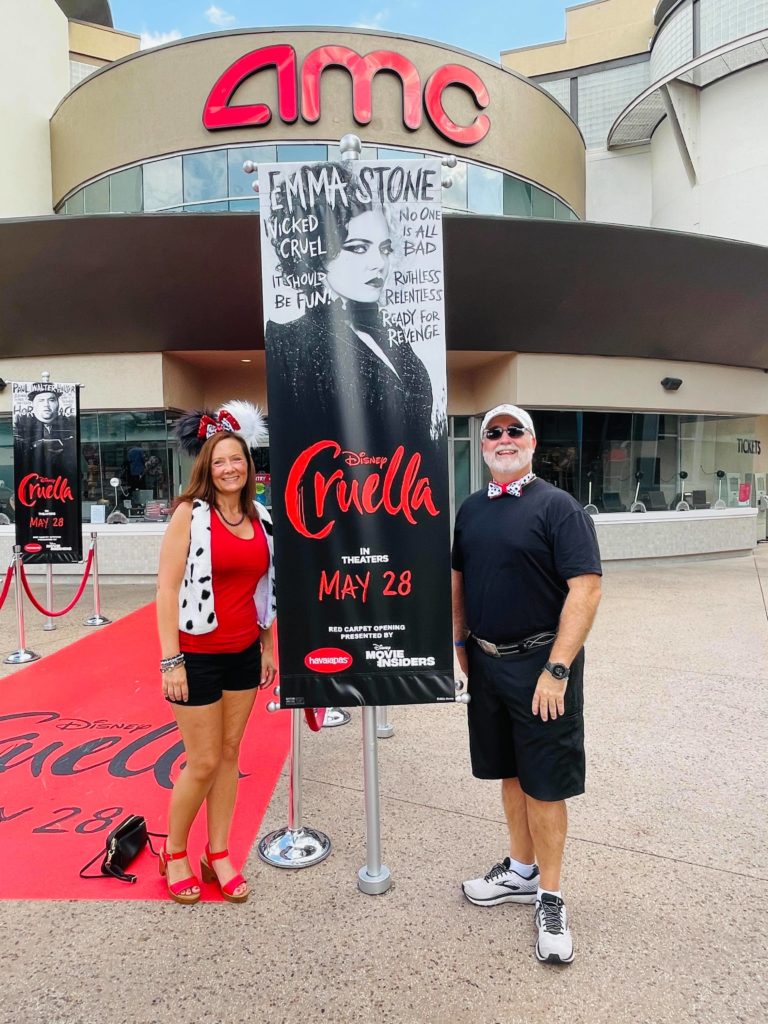 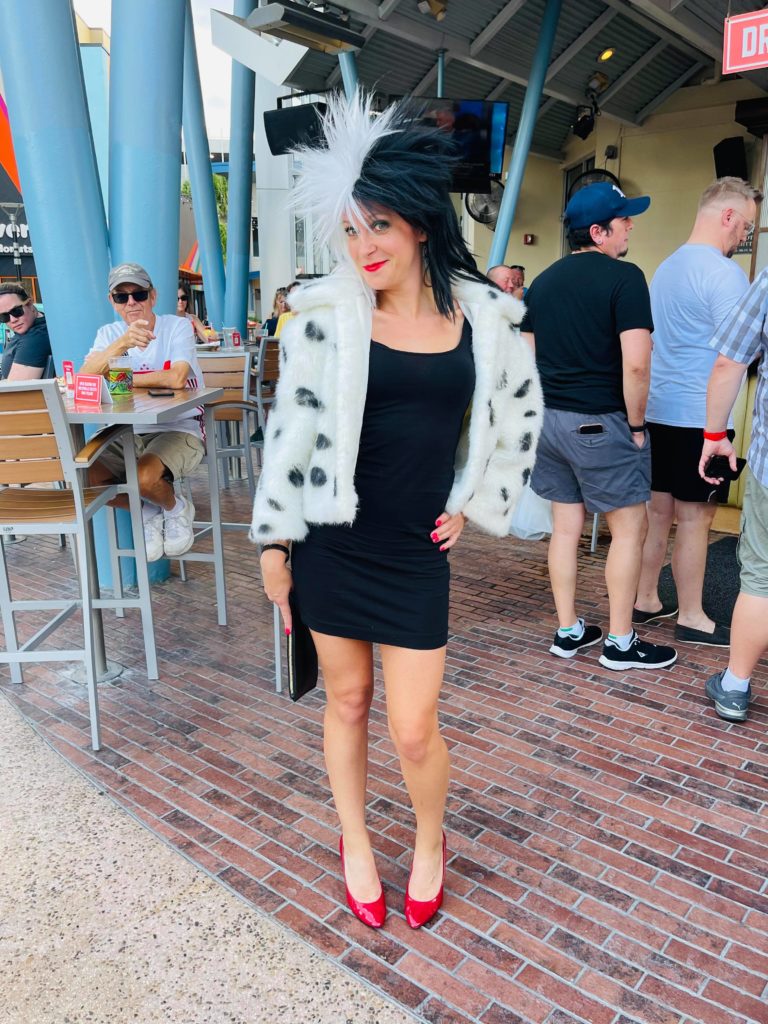 The attendee above really captured the look a saucy vibe of Emma Stone’s take on Cruella! 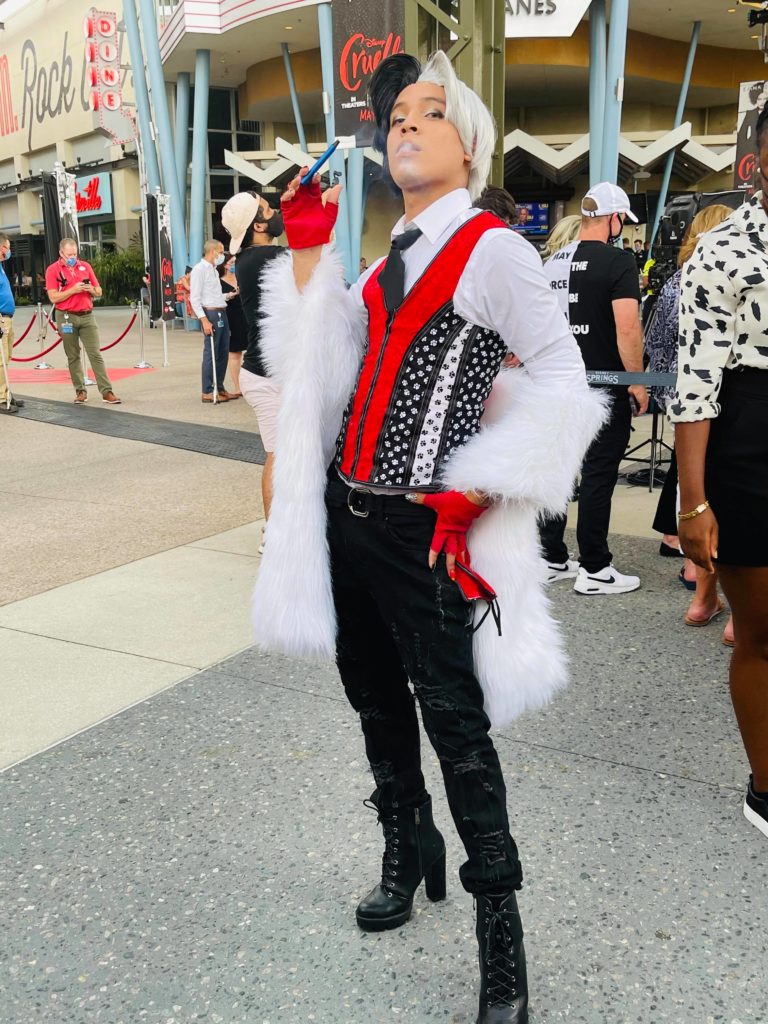 But if we had to pick out one outfit we loved its definitely the one above.  Just WOW! 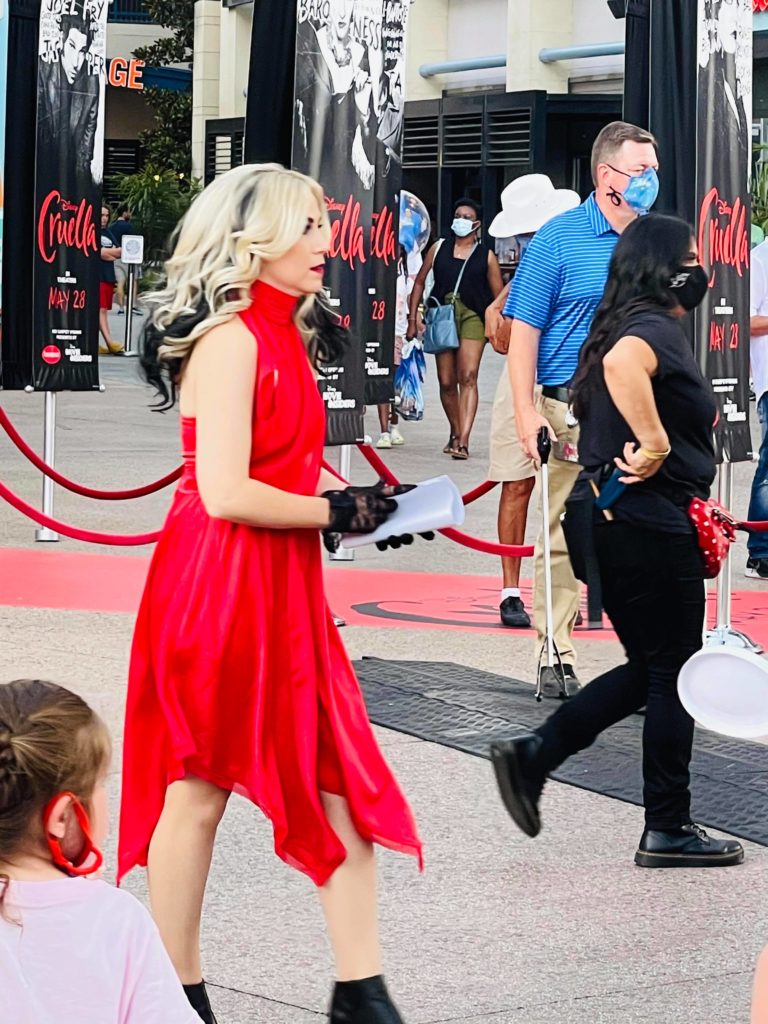 Speaking of “WOW!” Her Universe owner and beloved Star Wars voice actress Ashley Eckstein was on had looking actually stunning as always! 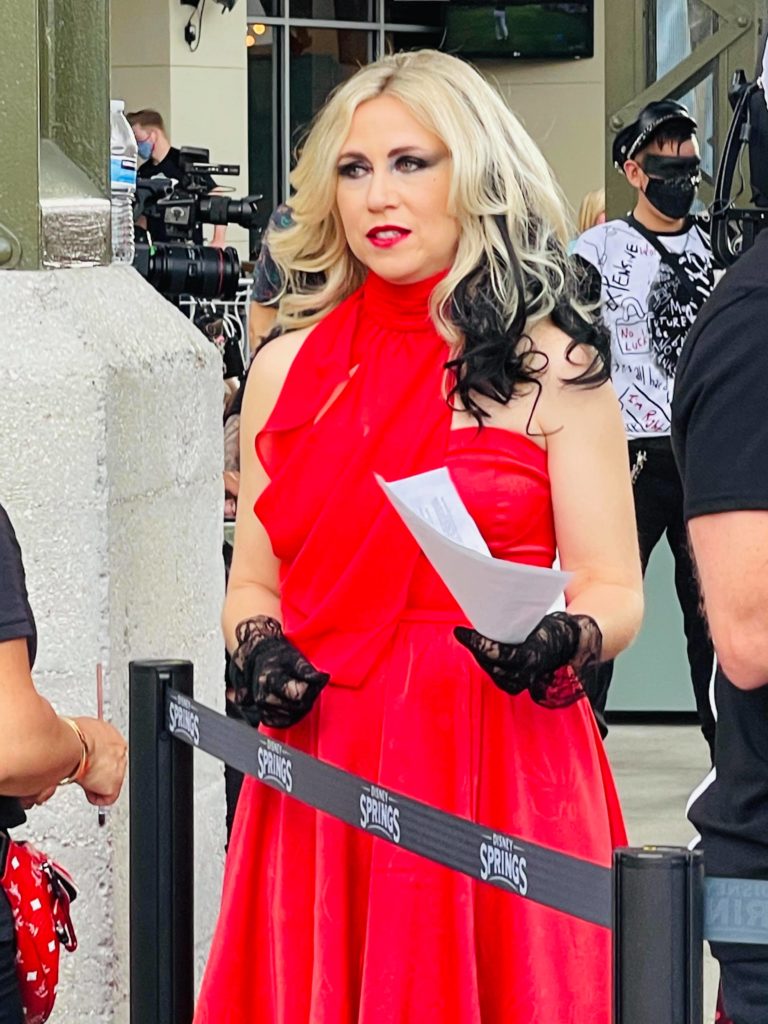 She was there to take part in the life broadcast and share some of the awesome Cruella merch sold on shopDisney and Her Universe! 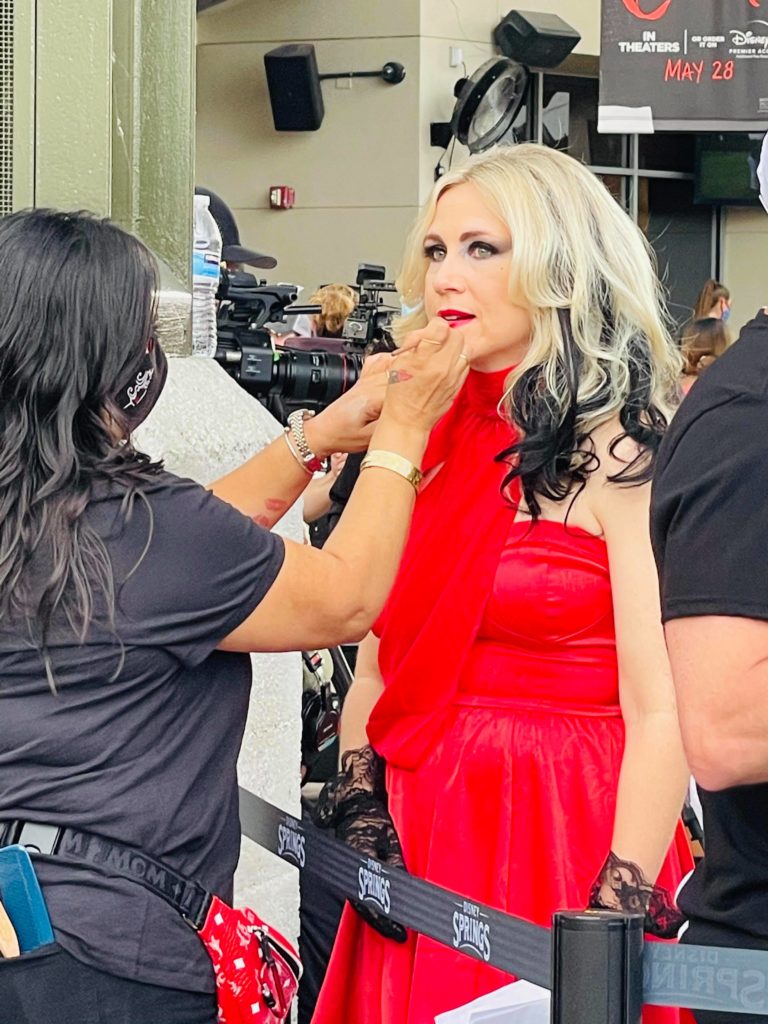 Fashion is definitely her forte!

For those that weren’t able to following along with us yesterday, here’s a rerun of Greg’s live broadcast from Disney Springs at the premiere.  Also below is a link to Disney’s official live stream of the event.

We’ll also leave you with a look at what the critics are saying about Cruella!

Readers are encouraged to keep following along with MickeyBlog for more dazzling Cruella news and updates!