Google says that Americans eat 23 pounds of ice cream per year, and it looks like near everyone at Walt Disney World was trying to get all done in one go. 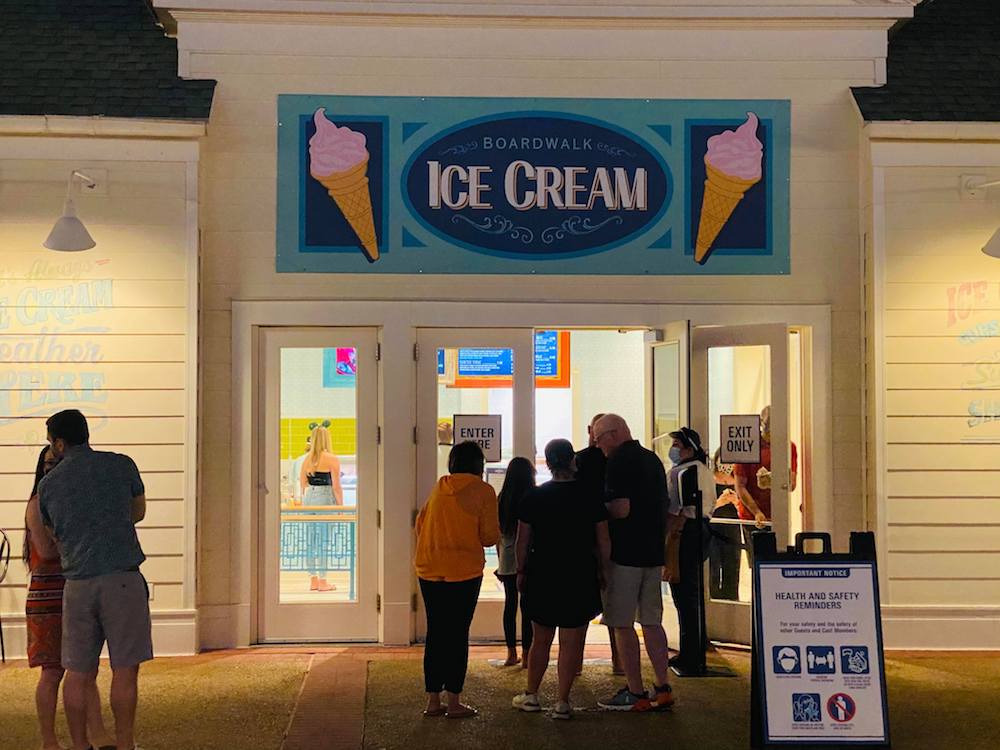 Check out the pics, below! 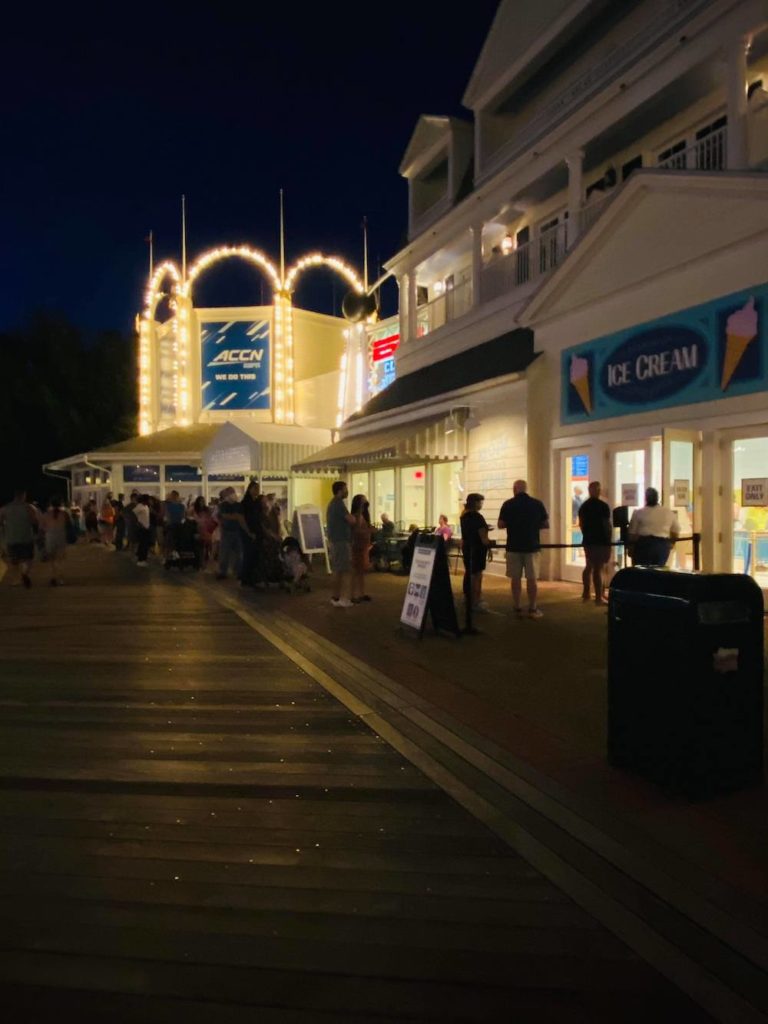 It’s a beautiful night at Walt Disney World, and we’re thinking about a snack.

So, whaddaya say we grab some ice cream? The line doesn’t look so… bad? 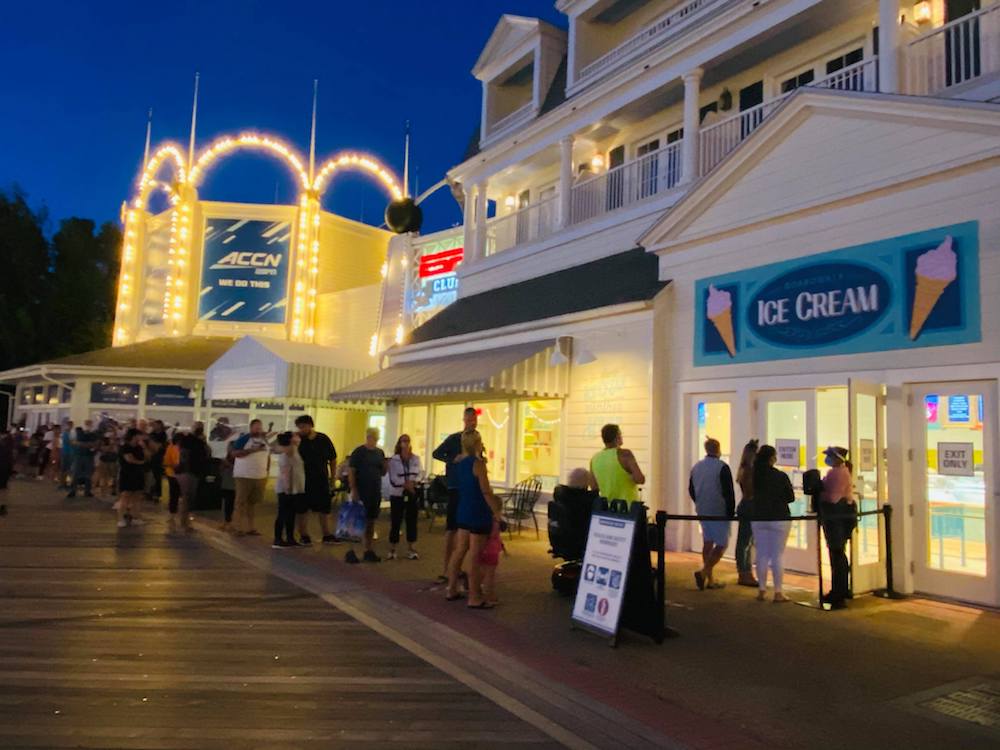 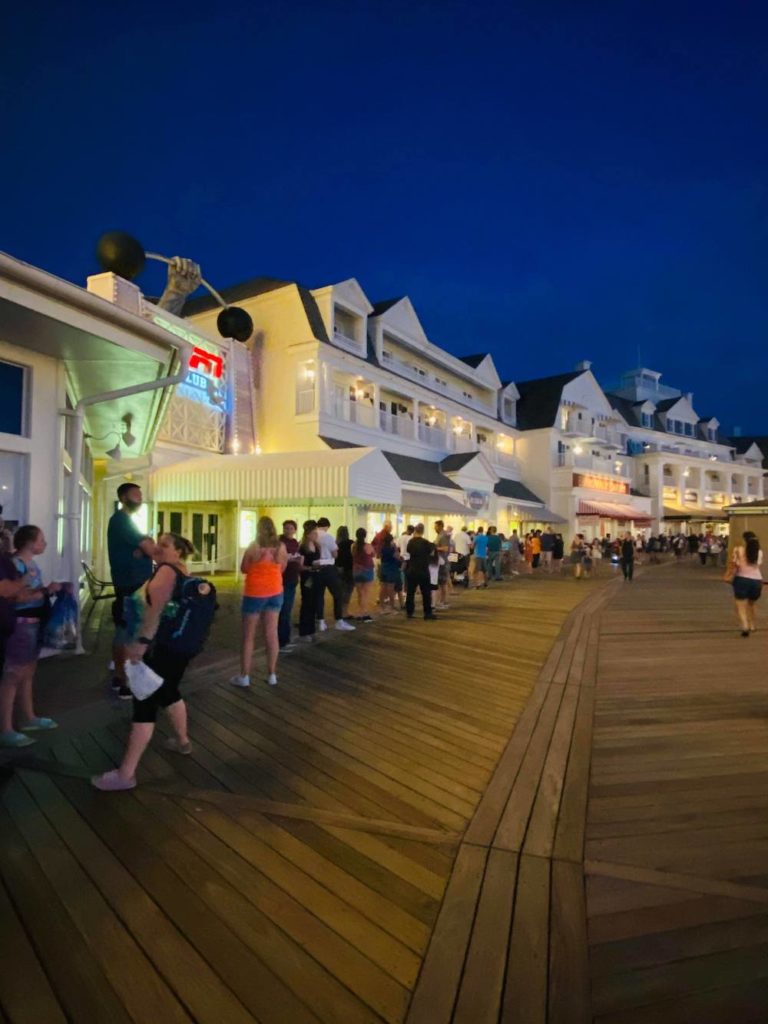 That far? Holy gelato blog man! That is one heck of a line… 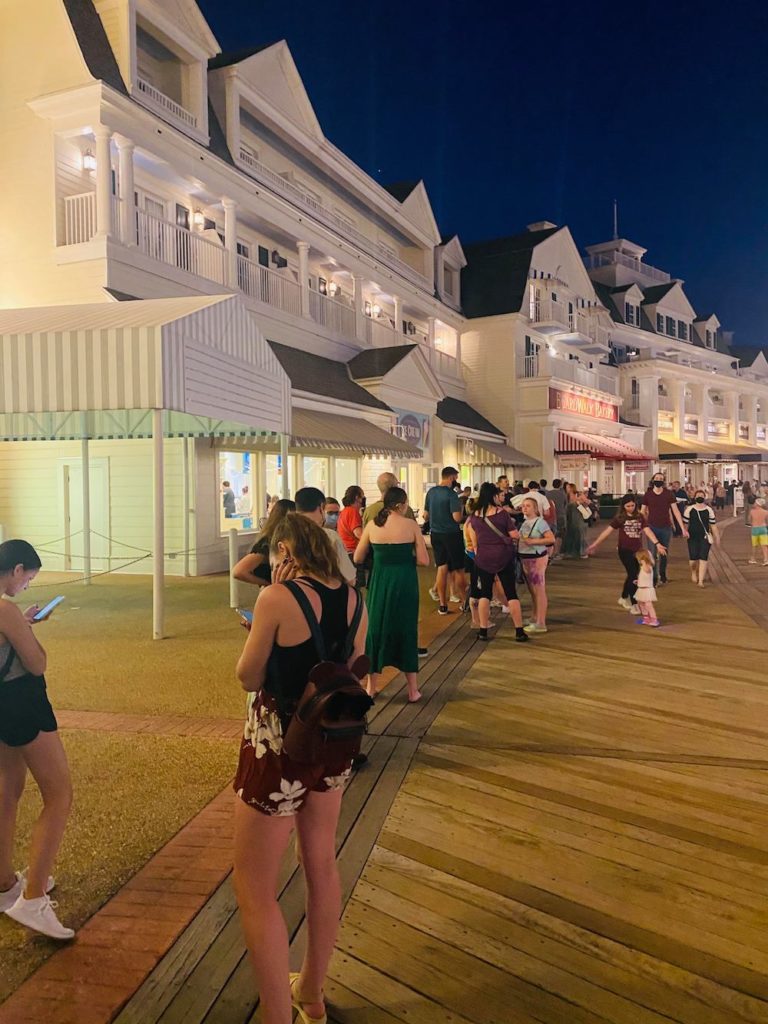 Are there “Fast Passes” for this ride? 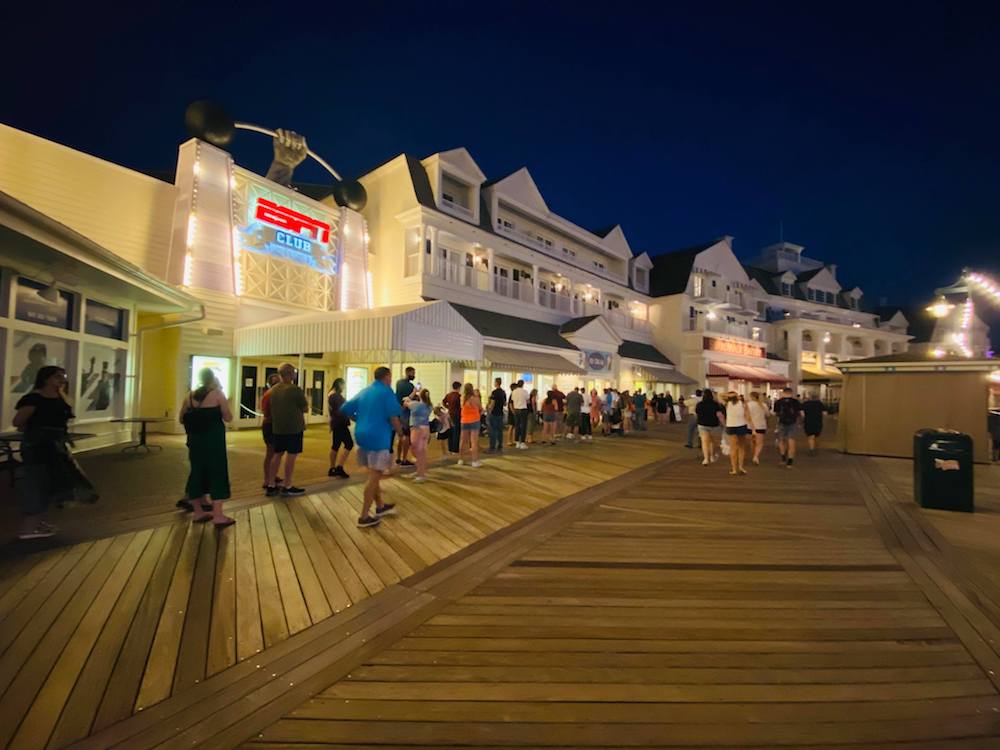 Maybe we can see what the hold-up is? 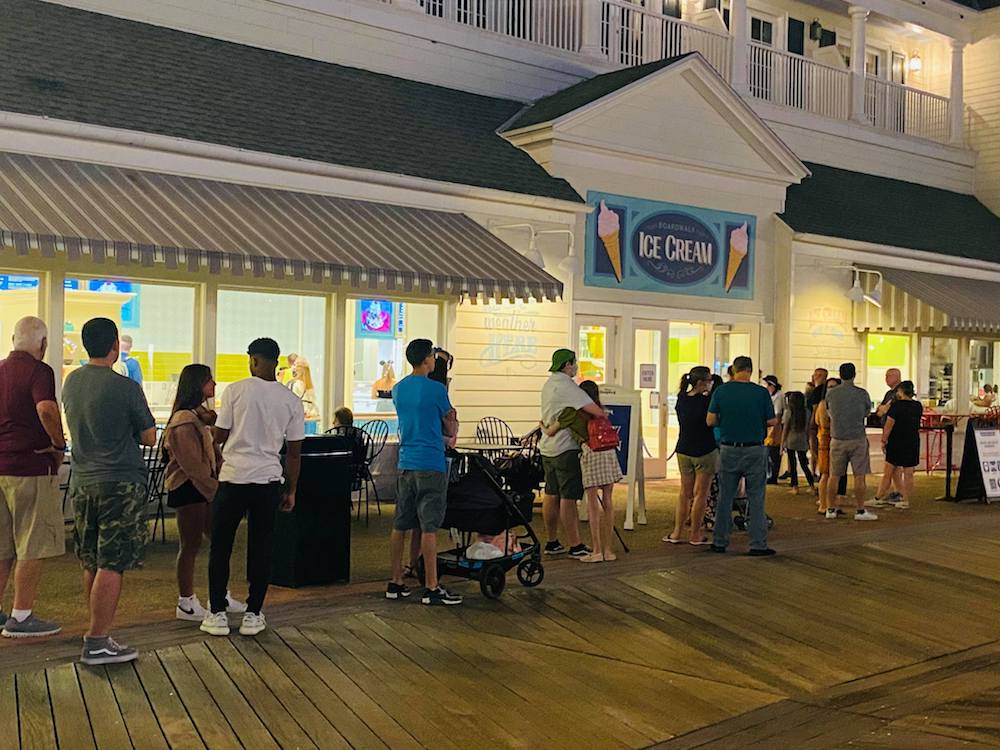 So near, yet so far. 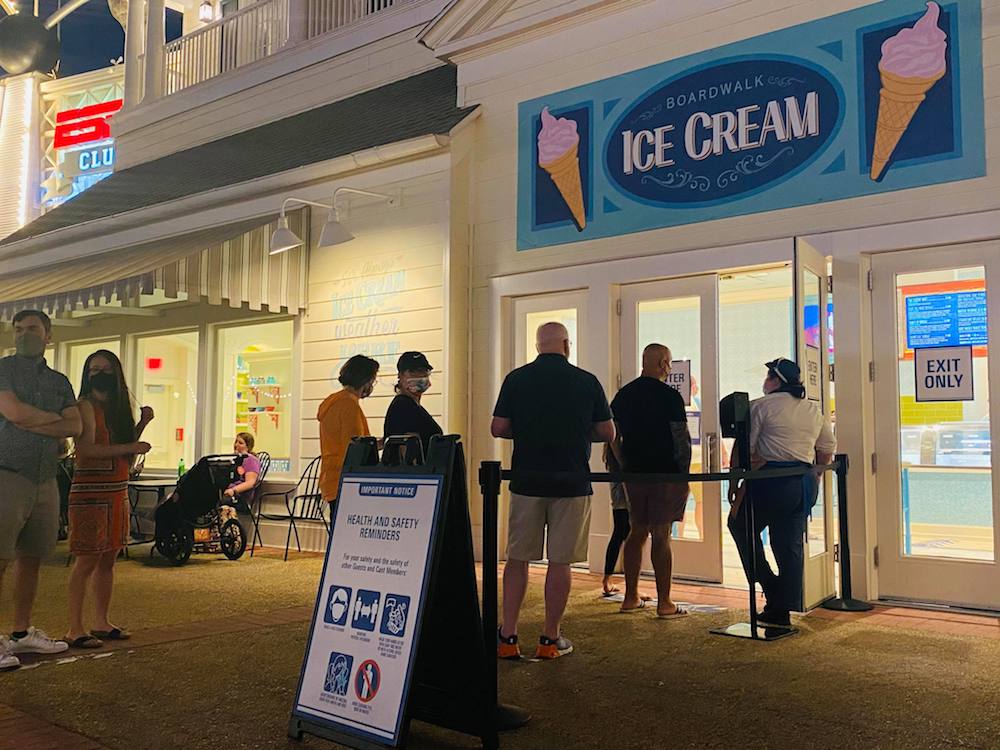 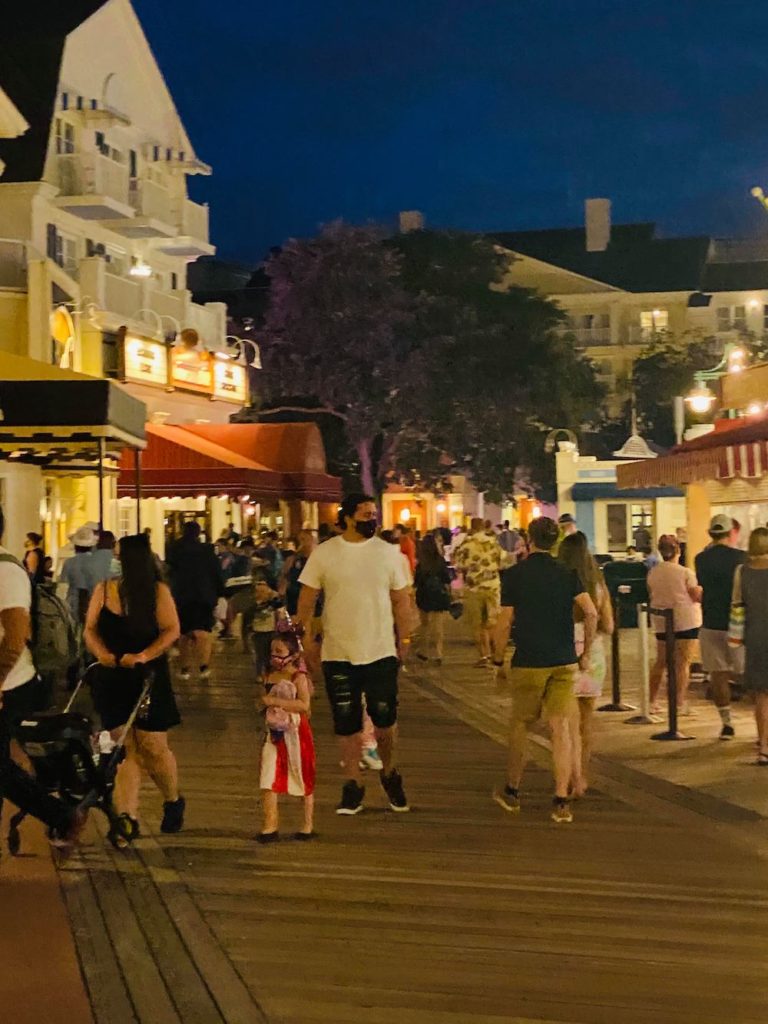 Pizza or chili dogs anyone?

Opening Day On The Boardwalk

Of course, it was not going to be an easy night to get ice cream here on the Boardwalk. The new “Boardwalk Ice Cream” just opened today – literally. 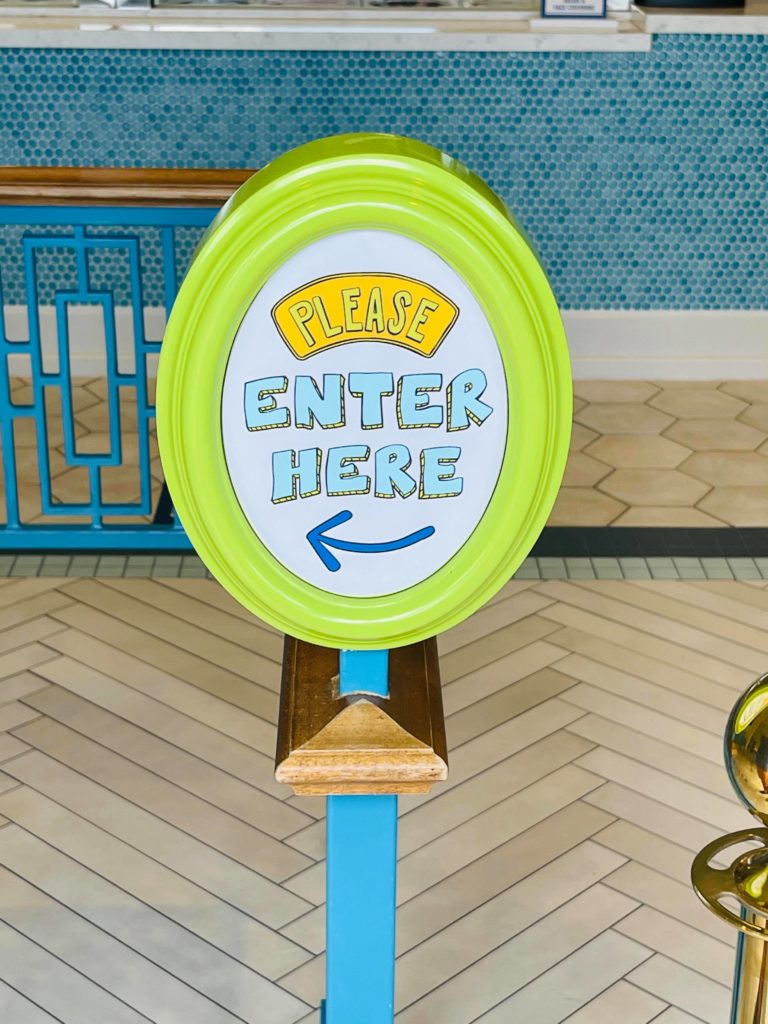 We know! Greg and Elyssa Antonelle were on hand to both film and photo the grand opening.

In fact, MickeyBlog.com was first in line!

MickeyBlog Is At The Grand Opening Of Boardwalk Ice Cream!

And if you missed this morning’s video, check it out below:

And, no, they did not get any for me.

So, I’ll be looking at the menu, staying hungry. Don’t mind me.

The Full Menu for the All-New BoardWalk Ice Cream