Did you know that Disney added more capacity this past week? Do you think it affected attraction lines anyway? 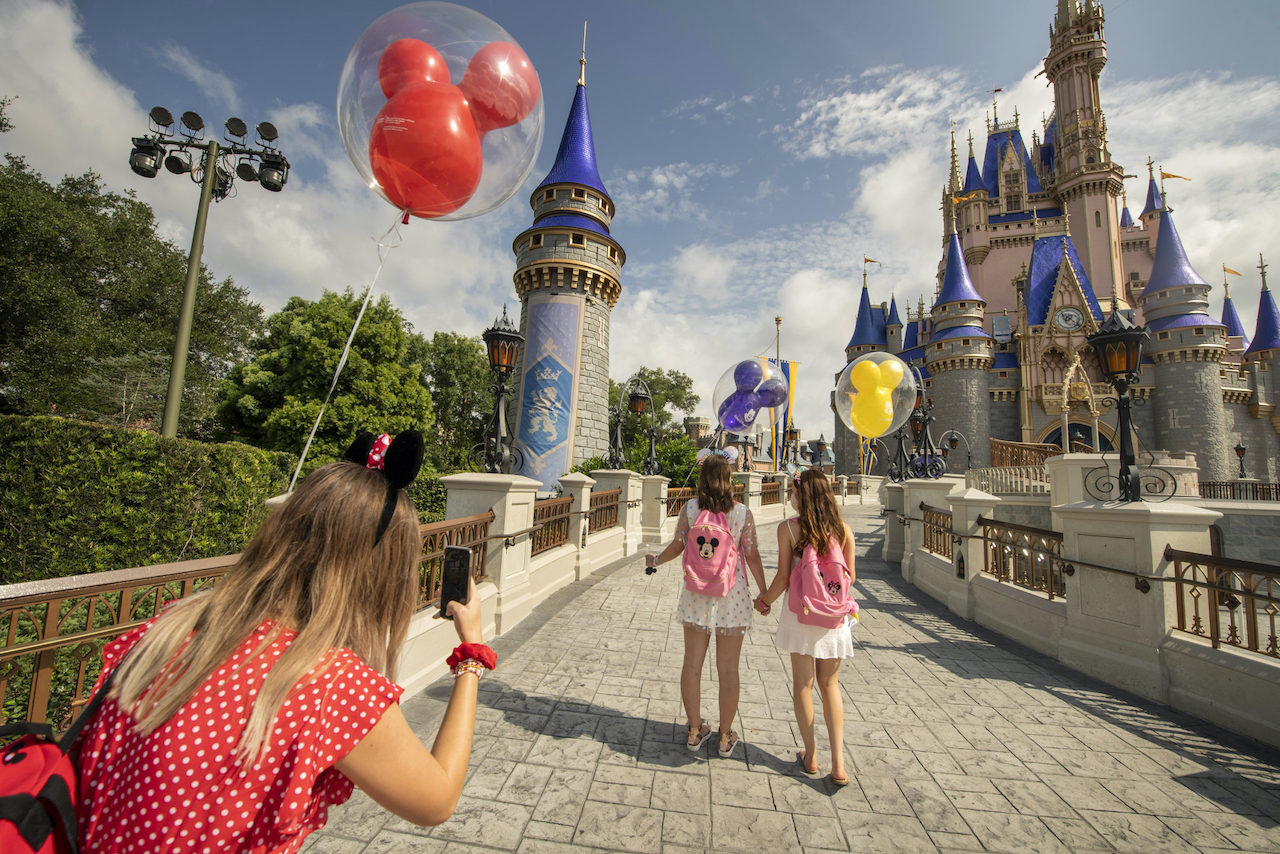 We’ll discuss the matter in this week’s Disney wait-times analysis.

This past week included some of the best news of our lifetimes. The CDC all but officially declared the pandemic over, at least for vaccinated people.

Obviously, the topic came up, with Disney’s CEO confirming something fascinating.

Disney theme parks had previously upped capacity limits in the wake of other CDC-suggested changes. And the parks plan to add even more guests soon!

How will this impact wait times? This story will unfold over the next few weeks, but I’m looking to notice a change already.

The other topic to track is whether FastPasses return, too. If not, lines could grow substantially longer.

Okay, we get an early sign that some changes might be afoot, as Avatar Flight of Passage increased to a 76-minute wait this week.

As a reminder, people only stood in line for an hour during the first week of May. So, that increased capacity may have affected the wait.

Meanwhile, DINOSAUR and Kilimanjaro Safaris only increased a bit. They both required three more minutes in line at 43 and 38 minutes, respectively.

Na’Vi River Journey remained a 35-minute wait this week, which is really good.

It’s Tough to Be a Bug! and Kali River Rapids provide some mixed signals. The bug show increased from 25 to 27 minutes this week.

So, this result is surprising. If you rode Kali River Rapids last week, you caught a break.

The most remarkable thing at Animal Kingdom right now involves Expedition Everest. It continues to have the shortest line of anything that you want to ride.

Over the past seven days, the spectacular roller coaster maintained its recent 21-minute average. That’s a steal!

Oh, and TriceraTop Spin had a seven-minute wait, down from eight minutes the previous week. Yay?

(Apologies to the three of you who love TriceraTop Spin!)

If any park would show signs of stress due to increased capacity, it’d be this one. Hollywood Studios has remained busy throughout the pandemic.

The ride with the longest wait is Slinky Dog Dash, which increased from 65 to 72 minutes this week.

Similarly, the Twilight Zone Tower of Terror spiked from 50 to 62 minutes.

The other two wildly popular attractions at the park are Rock ‘n’ Roller Coaster Starring Aerosmith and Toy Story Mania!

The roller coaster ride came with a 40-minute wait, up from last week’s 35 minutes. Toy Story Mania! increased substantially from 25 to 35 minutes.

The park includes four other attractions with less demand. 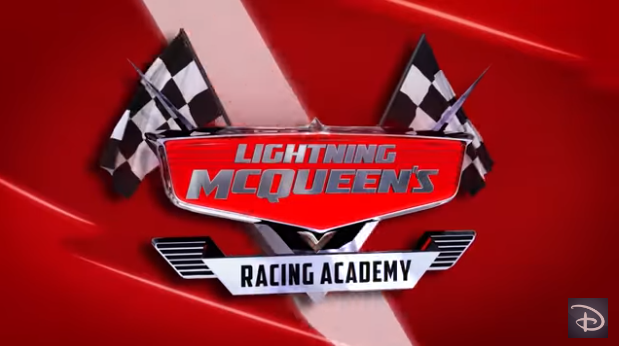 They essentially held steady, as Star Tours increased from 25 to 30 minutes. Muppet*Vision 3D held at 30 minutes. 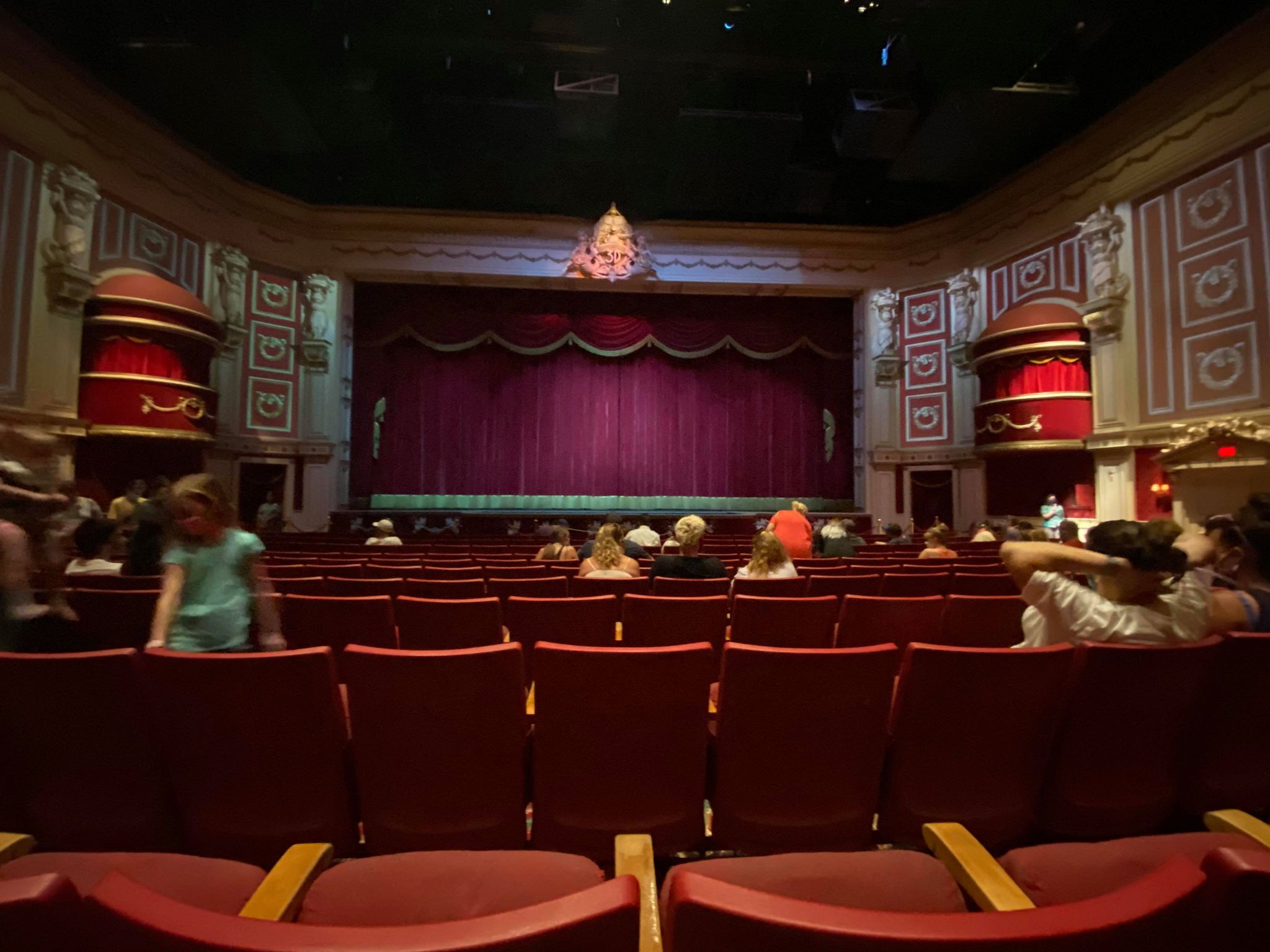 Alien Swirling Saucers, which deserves more love, went up from 25 to 28 minutes.

Overall, wait-times were up across the board at Hollywood Studios, albeit not as much as I might have expected.

The average Hollywood Studios attraction required a wait of 41 minutes.

As I’ve mentioned before, I think of EPCOT as having a Big Three. For the time being, one of those isn’t in the top three for wait-times, though.

We also have a new longest wait. Soarin’ has passed Test Track, which isn’t great news. 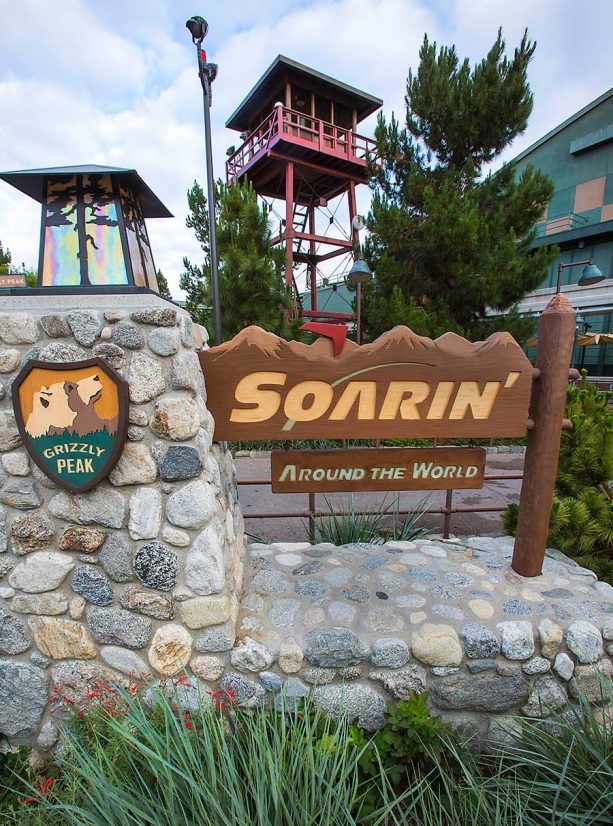 Part of this problem stems from better uptime at Test Track. Still, Soarin’ increased from 40 to 57 minutes, which is a significant jump.

For its part, Test Track bumped up from 45 to 50 minutes. And Frozen Ever After increased from 35 to 40 minutes.

The weird phenomenon here involves Mission: SPACE, which is a tale of two rides.

The Green mission had a wait-time of only 14 minutes. Conversely, the Orange mission, the more intense one, required 45 minutes.

Do the Green mission, everyone! It’s better, and you can ride twice before you could complete the Orange mission once!

EPCOT features five other rides, and I love them since they require so little line time.

Journey into Imagination with Figment jumps from 12 to 18 minutes, BUT Spaceship Earth drops from 25 to 15 minutes. Overall, that’s a win!

The Seas with Nemo & Friends finishes at 14 minutes, just like last time. Living with the Land also holds at 10 minutes.

Finally, Gran Fiesta Tour continues to deliver tremendous bang for the buck with its five-minute wait. 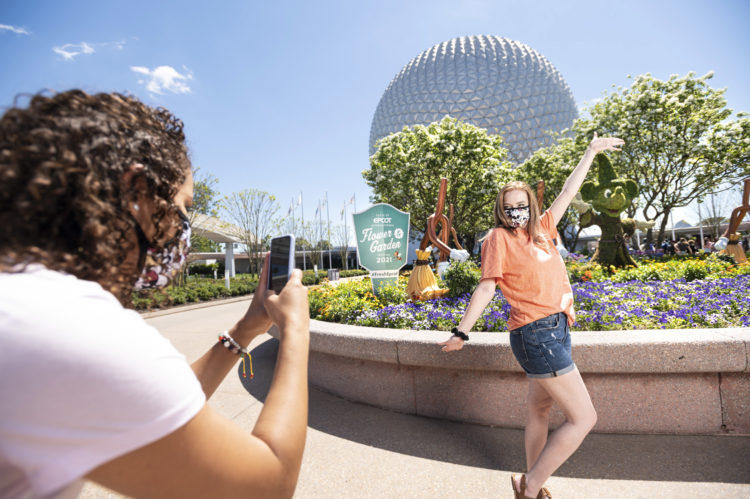 In evaluating Magic Kingdom, I looked at the two bellwether attractions first.

To my surprise, Splash Mountain and Seven Dwarfs Mine Train didn’t change much week-over-week.

Splash Mountain came with its usual hourlong wait, while the mine train ticked up to 48 minutes. Overall, that’s only a difference of about a minute per ride.

Of course, Magic Kingdom works a bit differently. The depth of attractions here can cause a ripple effect with the lines.

So, I looked at the rest of Magic Kingdom’s top five. Jungle Cruise, Space Mountain, and Pirates of the Caribbean all increased by a few minutes.

Jungle Cruise returned to 45 minutes, as it was two weeks ago. Space Mountain and Pirates of the Caribbean snuck back to 40 minutes.

Effectively, those three rides and Seven Dwarfs Mine Train matched their waits from April.

Last week, I mentioned that several Magic Kingdom attractions fell into the 20-minute range. Was that true over the past seven days? Let’s look!

Most of these attractions either maintained their recent wait-times or had an uptick of a minute or two. 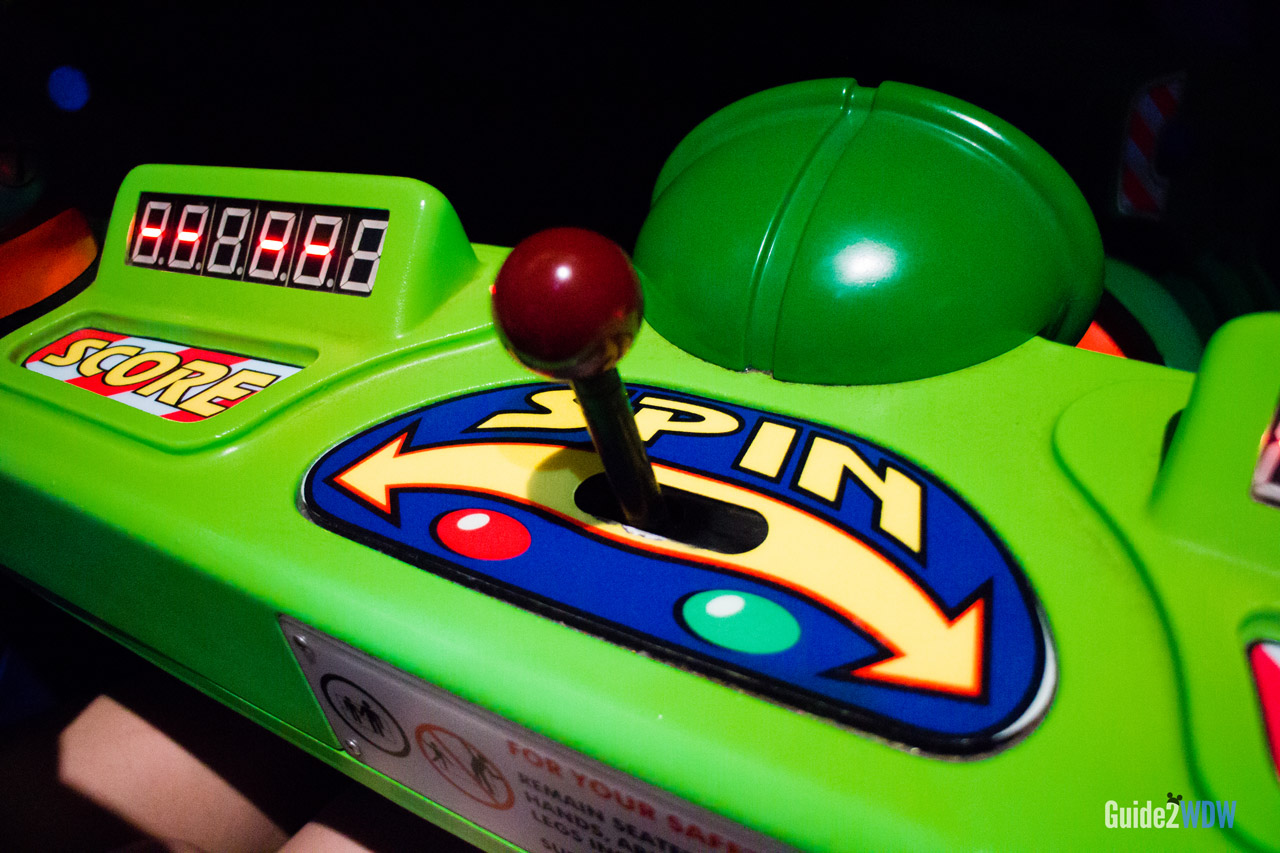 Similarly, the nine attractions with wait-times of 20 minutes or less averaged an increase of about two minutes.

The average wait-time for an attraction was 25 minutes, which is right on par with last week. 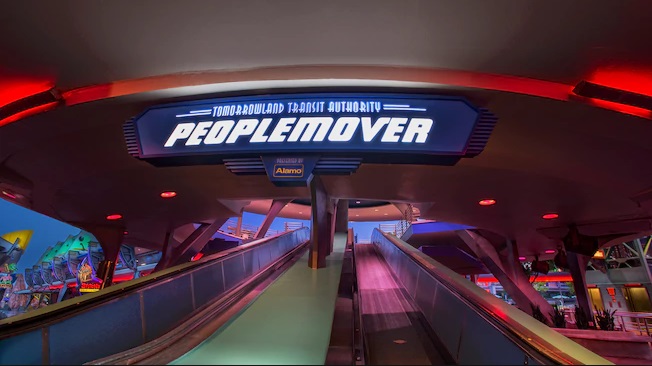 Overall, the increased capacity at Magic Kingdom had little impact on wait times, which is fantastic news for all of us!