The Bad Batch made it to LEGO Star Wars….

Have you been watching Star Wars: The Bad Batch? 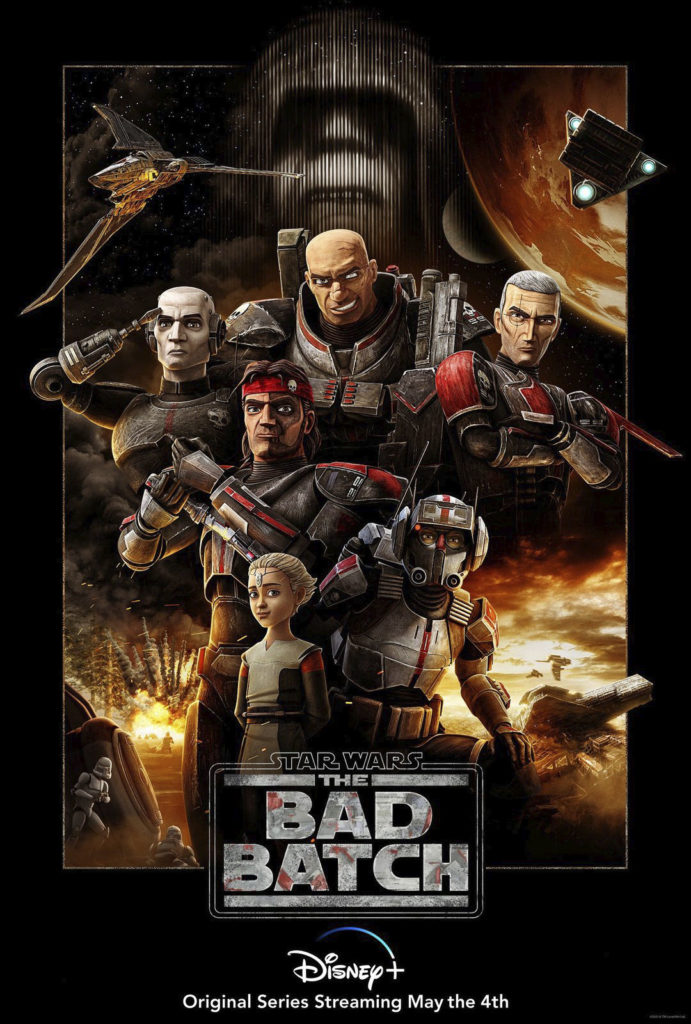 Well, if not, you are missing out. But more on that later. Because those of us who would love to jump into the story are always looking for ways to live the action. So, when the LEGO Group drops new Star Wars sets, it’s always an event.

Today we are looking at the new Star Wars: The Bad Batch Attack Shuttle! 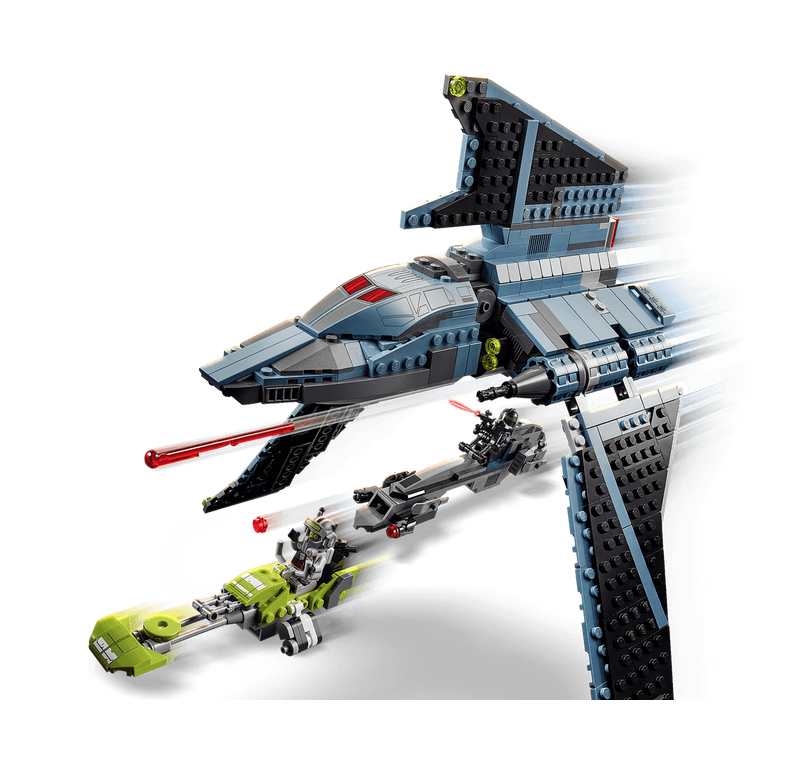 This set includes six figures, two speeder bikes, and the attack ship itself.

One of our favorite Star Wars writers, Kristin Baver, gave us the full lowdown on StarWars.com. 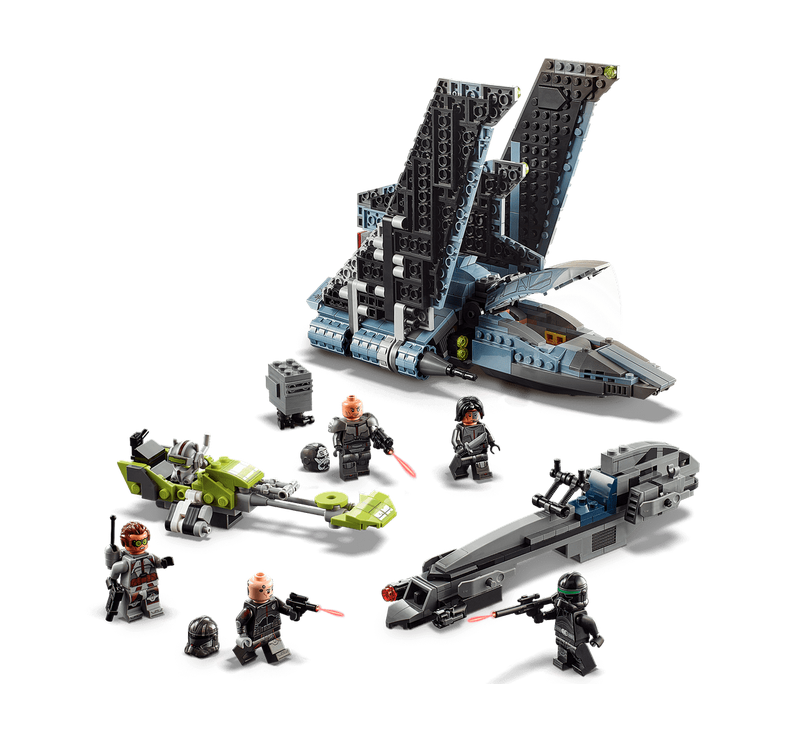 “StarWars.com is excited to exclusively debut the new Star Wars: The Bad Batch Attack Shuttle from the LEGO Group, including insights from the team that helped create it,” wrote Baver. “The set includes six minifigures — Hunter, Tech, Wrecker, Echo, Crosshair, and a Gonk droid — and at least one spoiler from the super-sized premiere.”

Adding to the excitement, LEGO Senior Graphic Designer Madison O’Neil explained, “Each member of the Bad Batch has a distinct personality and a unique set of armor.

“Also, despite the fact that they are clones, they each have unique facial features whether that be scars, face paint, goggles, tattoos, and even cybernetic implants.”

And, there is a Gonk droid. Yes, they included a Gonk. 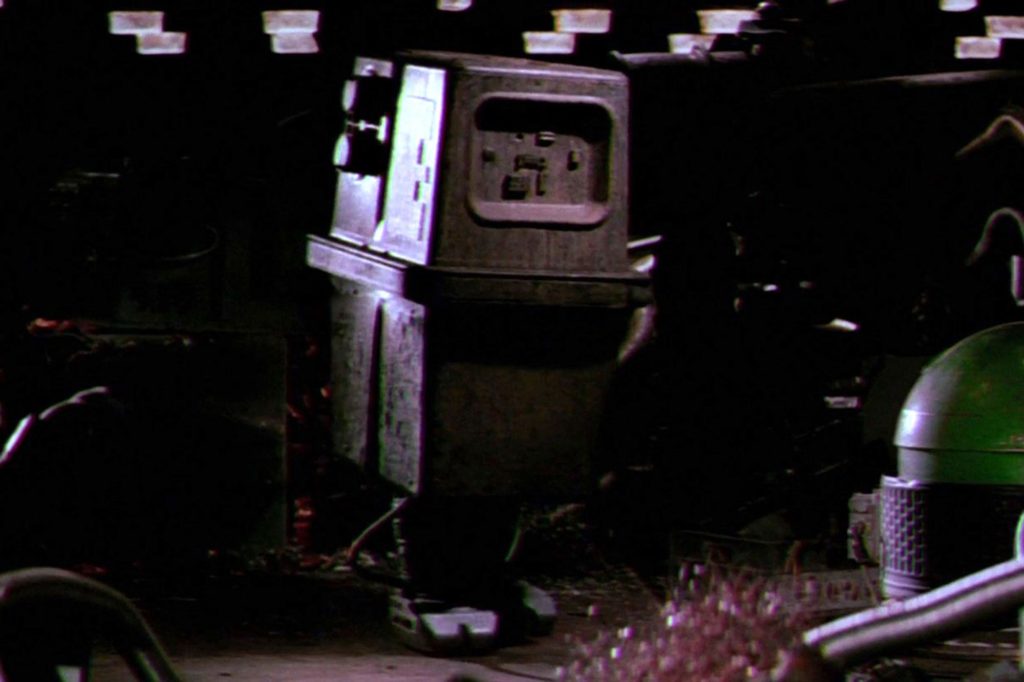 Which is great, because in the second episode, Wrecker is seen doing curls with the power droid. 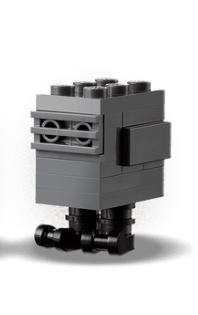 The two speeders are included because we wanted to add some extra value to the set. We know that the speeders will be seen in the show, however, we do not know exactly in which context they will be seen. I guess we will have to wait and see like everybody else. We also love Gonk droids, so we are excited too, and happy that we were able to include one here.” 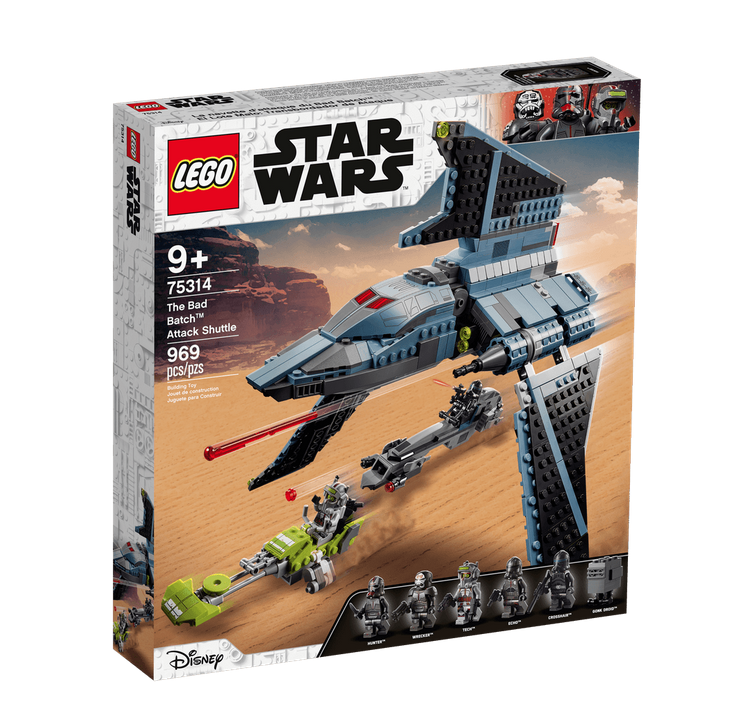 Of course, Kristin featured the new set on her weekly show, This Week! In Star Wars.

Check out the latest episode below:

The set is available for pre-order now and will start shipping on August 1.

Tell us: Will you pick up this set when it becomes available? Talk to us in the comment section below!