After initially teasing the launch of the WandaVision collection all the back in early February, Loungefly has finally released the collection online! 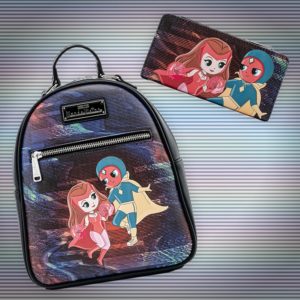 Although the hit show ended two months ago, we’re still caught up in the emotional tidal wave which was the finale.

The backpack and wallet both show chibi versions of Wanda and Vision levitating by one another’s side in their classic comic book costumes. 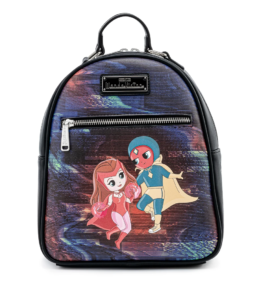 The background of the design represents TV static, lending into the sitcom aspect of the show.

The Loungefly logo can be seen on the right-hand side of the backpack in grey. 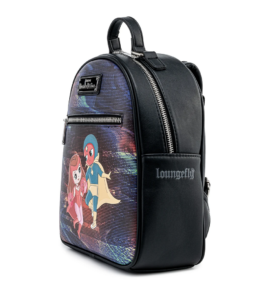 The inside of the backpack has a space print as the background, with the Marvel logo being repeated. 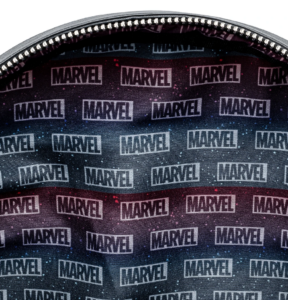 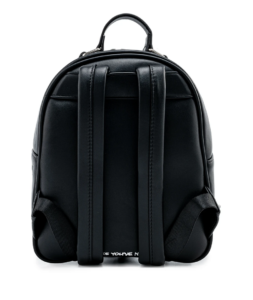 On the reverse of the backpack is the quote “A love like you’ve never seen.” which was the show’s tagline prior to its release on Disney+. 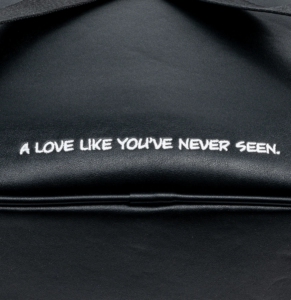 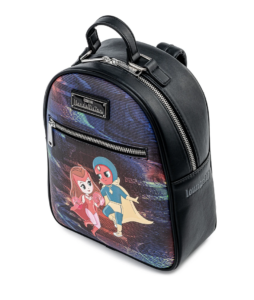 The wallet has the same design as the backpack, with Wanda and Vision levitating and static behind them. 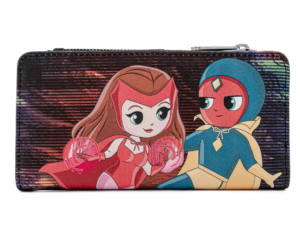 The angle has been changed slightly to compensate for lack of space in comparison to the backpack. 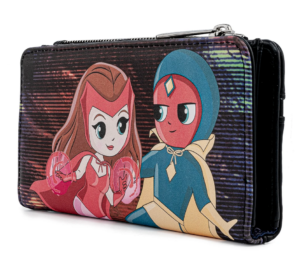 The inside of the wallet has the same Marvel space print as the backpack and has 5 card slots as well as an ID slot. 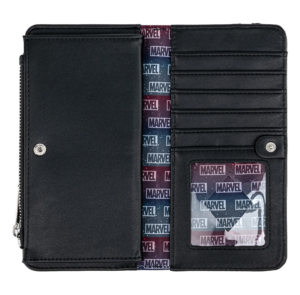 The reverse of the wallet has an extra storage pocket, with the tagline “A love like you’ve never seen.”.

The WandaVision logo can also be seen on an embossed plaque which usually has the Loungefly logo. 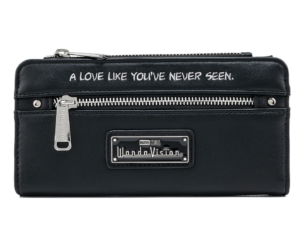 Will you be purchasing anything from the WandaVision Loungefly collection? Are you excited to see Wanda return in Doctor Strange: The Multiverse of Madness? Let us know in the comments!